World War II may seem so last century, and is something that most of us only know from our O Level History lessons. In a country where redevelopment is so rapid, it’s sometimes difficult to wrap our heads around the fact that among our shiny new urban landscape, there are still buildings that were around even before the Japanese Occupation.

For those curious about some of the remnants of the war that are still around today, here are some secret WWII Singapore landmarks that you might have walked past, but didn’t realise the stories behind. 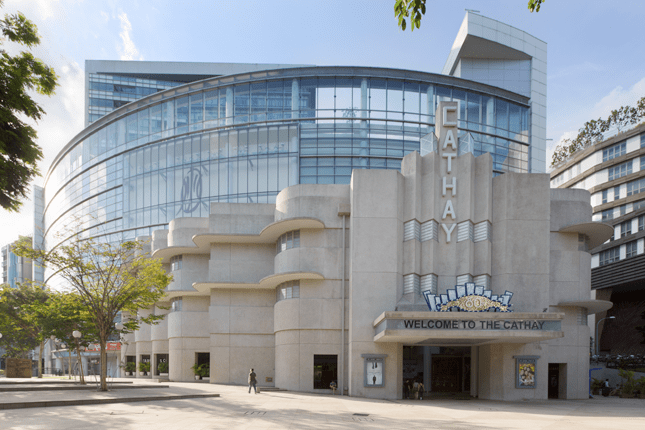 A mall and cineplex today.

Everyone knows Cathay Building; the cineplex and shopping mall seems like it’s been around forever. Oh wait, it actually has. In fact, way back when it was built in 1939, it was the first “skyscraper” in Singapore and the tallest building in Southeast Asia at a towering 17 storeys. 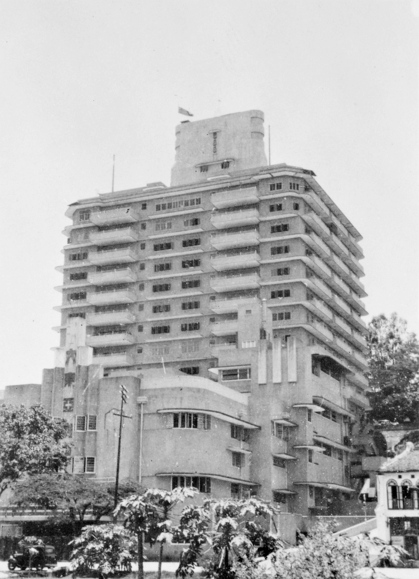 Cathay Building in 1939. It was taken over by the Japanese during the Occupation.
Image credit: Wikimedia Commons

It was pretty hip too, housing the first air-conditioned cinema in Singapore, with a restaurant and 80 apartments, while serving as the HQ of the British Malaya Broadcasting Corporation. Before the Japanese Occupation, updates on the war were broadcast from the building. It even had a bomb shelter on the ground floor – a feature that many BTO owners of today will be familiar with.

The next time you go there to paktor, take a look at The Cathay Gallery on the second floor that commemorates the building’s history. 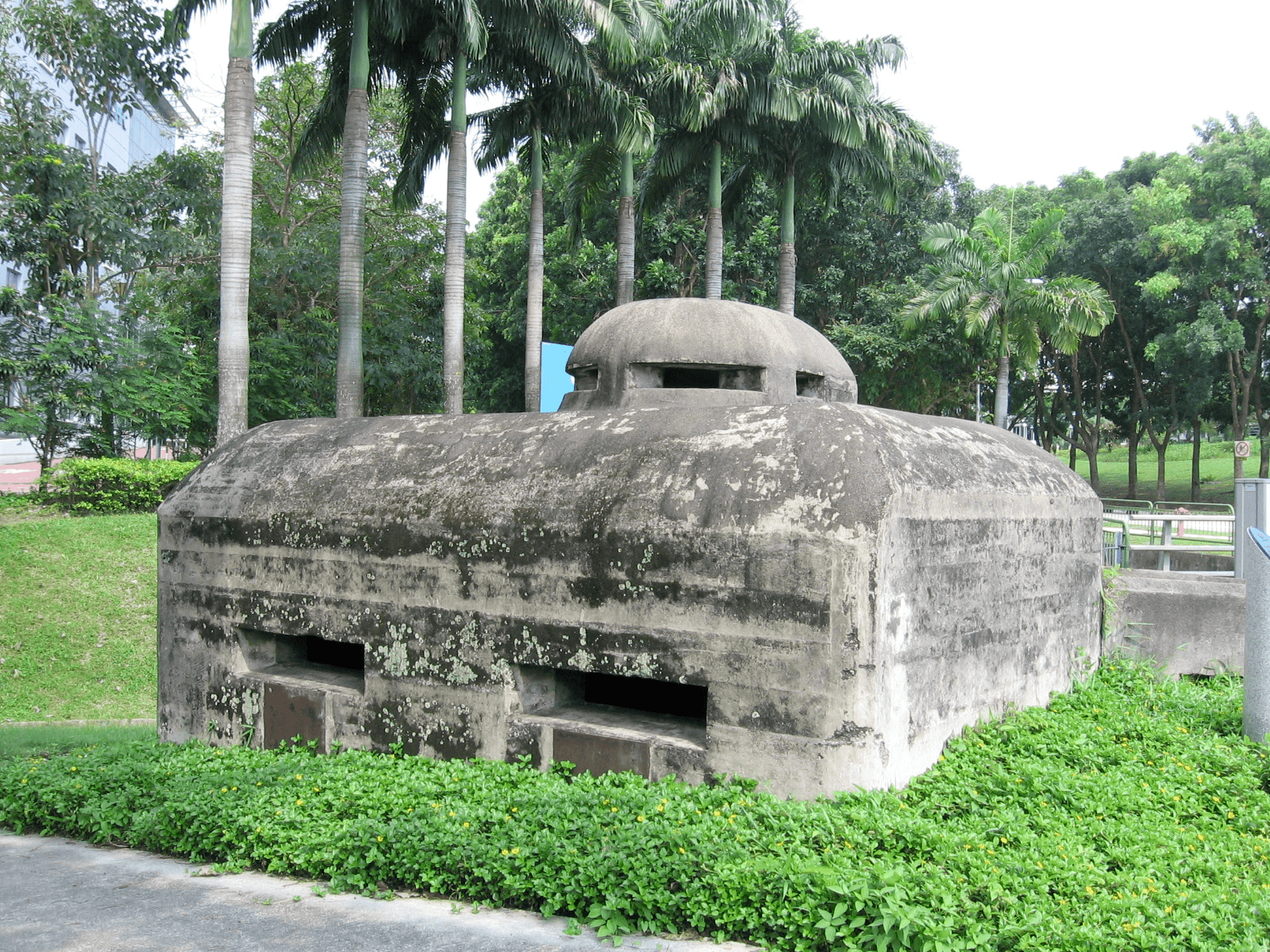 Those who’re familiar with Pasir Panjang have probably seen these structures near Science Park without giving them a second glance. In case you never knew what they were, these are machine gun pillboxes that were built in the 1930s to fortify Singapore’s southern coastal defences.

They were positioned at strategic intervals to house machine guns within, and protect key installations in the area such as ammunition depots and Alexandra Military Hospital. 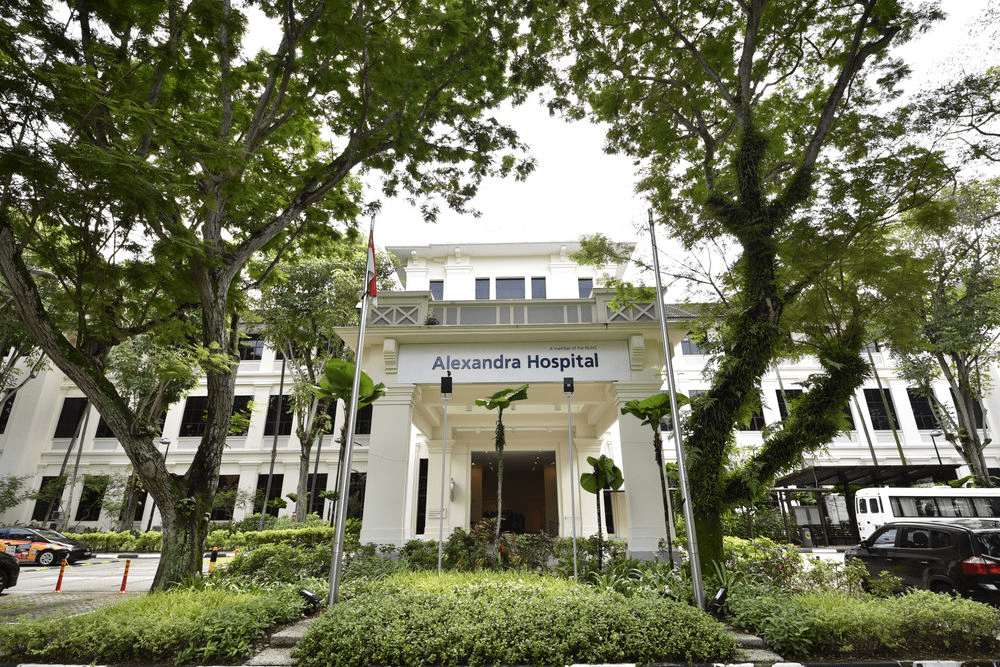 Alexandra Hospital is easily recognised for its colonial-era architecture. It’s been there since 1938, originally as the British Military Hospital. The infamous massacre of approximately 200 patients, hospital staff and soldiers occurred there when the Japanese invaded Singapore in February 1942. 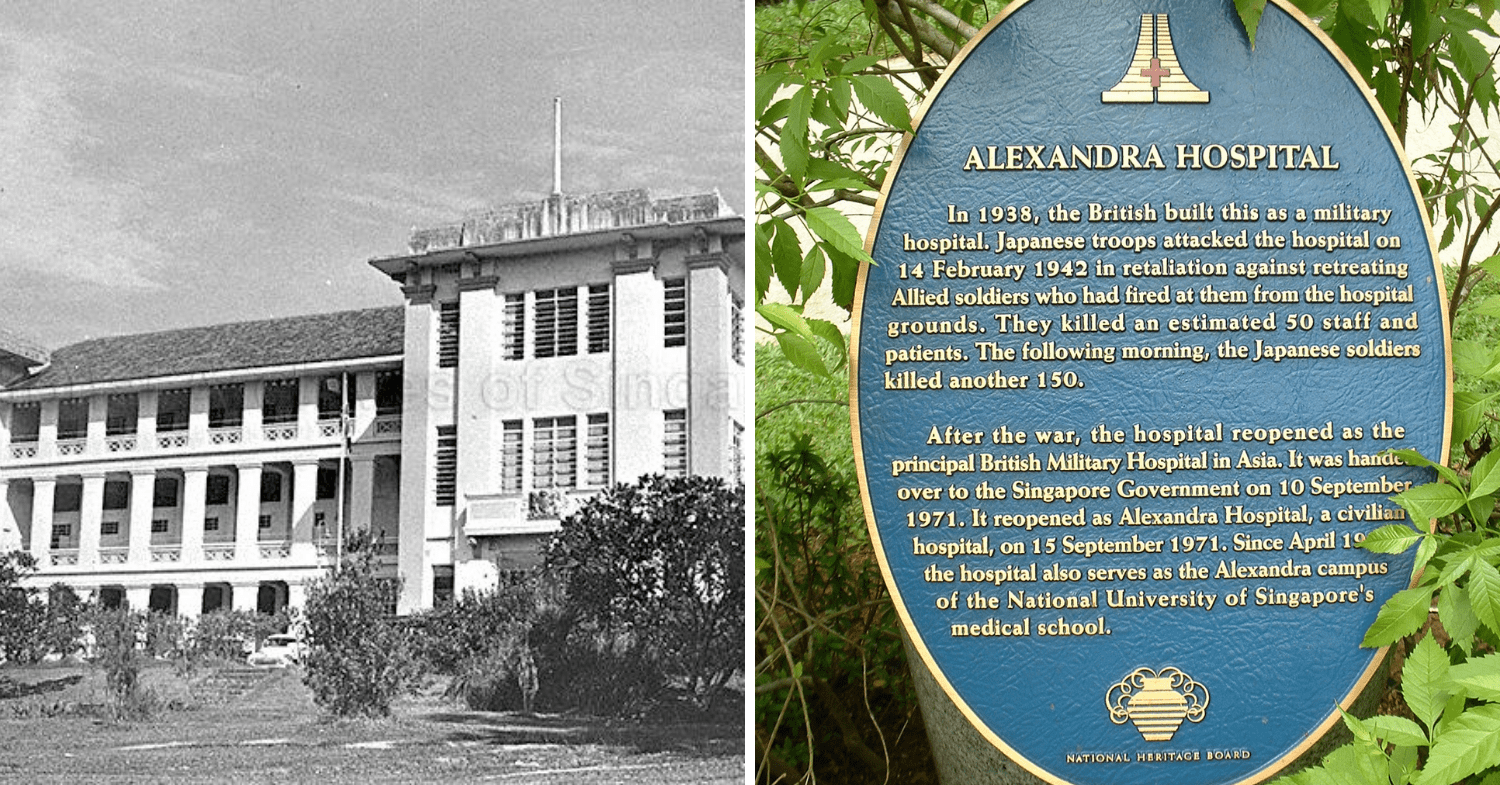 This WWII Singapore landmark was made a historic site by the National Heritage Board in 1998.
Image adapted from: National Archives of Singapore, Wikimedia Commons

When the British left Singapore, the hospital was handed over to the Ministry of Health in September 1971. Since then, it has served as a government hospital and is now part of the National University Health Service system.

4. Kay Siang Bunkers – A short walk from the main road 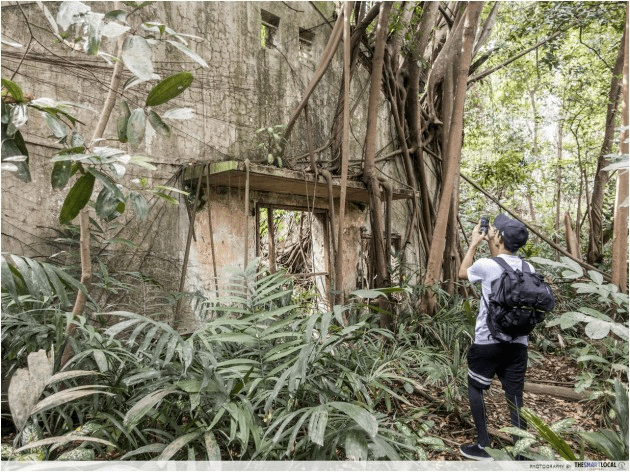 A little ways down from the busy junction of Kay Siang and Tanglin Roads is a thickly forested area in which the Kay Siang Road Bunkers still stand. The 3 bunkers are rumoured to have been used by the British to store ammunition and equipment in preparation for the war.

They were built near a British military camp, Buller Camp, which also once housed Japanese prisoners-of-war after the Occupation. Buller Camp was cleared in 1953 to make way for Singapore Improvement Trust (SIT) flats, but the bunkers remain. 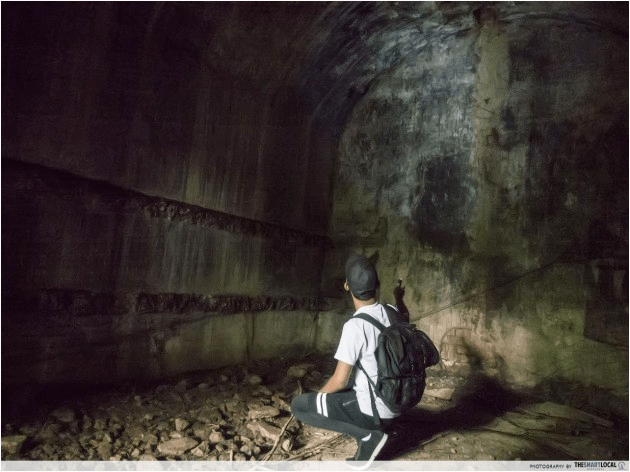 Hikers can make their way to the bunkers through a small gap in the thick trees, but the path is not clearly marked and the terrain is difficult. We wouldn’t recommend attempting the trek to this secret WWII Singapore landmark alone, but you can read more about the Kay Siang Road Bunkers in our guide on hidden bunkers in Singapore. 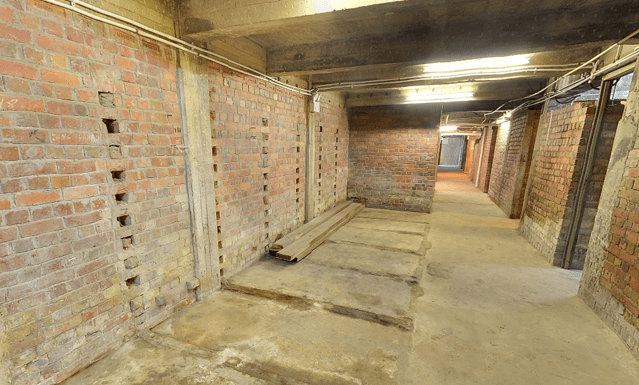 Image adapted from: National Heritage Board

Bet you didn’t know that underneath the cool cafes, eclectic shops and SIT flats in the hippest part of town, there’s a WWII air raid shelter with room for 1,600 people. Built in 1939, this hidden site in Tiong Bahru is the last remaining civilian air raid shelter from the era and the only one that was built inside public housing at the time.

Residents of the Tiong Bahru estate took shelter there in 1941 when Singapore was bombarded by air before the Japanese Occupation. 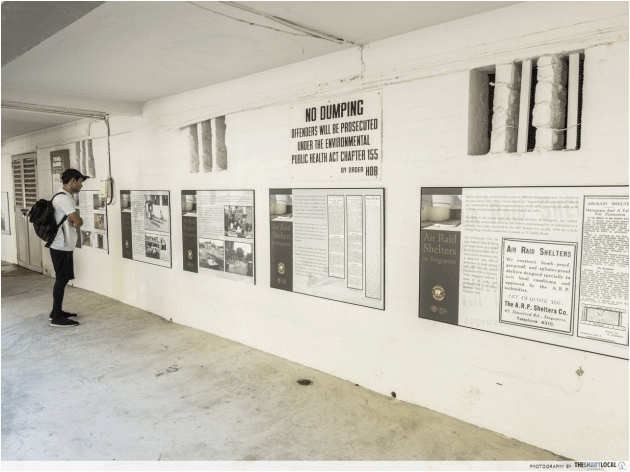 The original entrances to the shelter were at 41 and 43 Guan Chuan Street, where information panels about the historic location now line the walls. While shelters can only be accessed with special permission from the Tanjong Pagar Town Council, you can also visit if you sign up for the Tiong Bahru Heritage Tour.

In the far north of Singapore, Sembawang is probably most well known for its natural hot spring and rustic beach park. 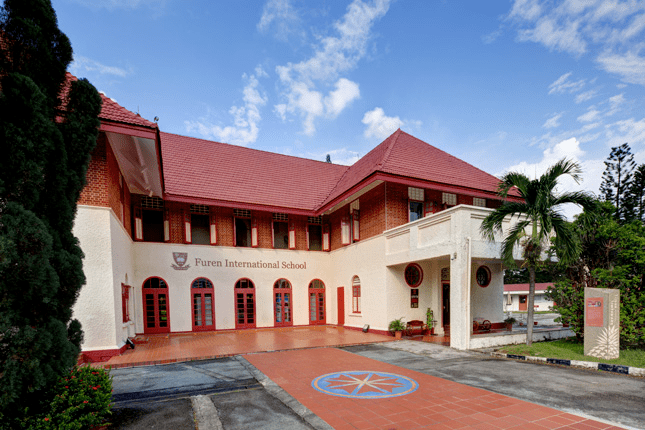 The building was declared a national monument in 2002, and was occupied by a school from 2011-2019.
Image credit: Singapore Heritage Board

It’s also home to what was formerly known as Admiralty House, which the British military began building in 1923 as part of their strategy to fortify Singapore. However, it was only completed in 1940 as part of the Singapore Naval Base that was located nearby. It was first known as Canberra House and served as the naval officers’ quarters and a bomb shelter. 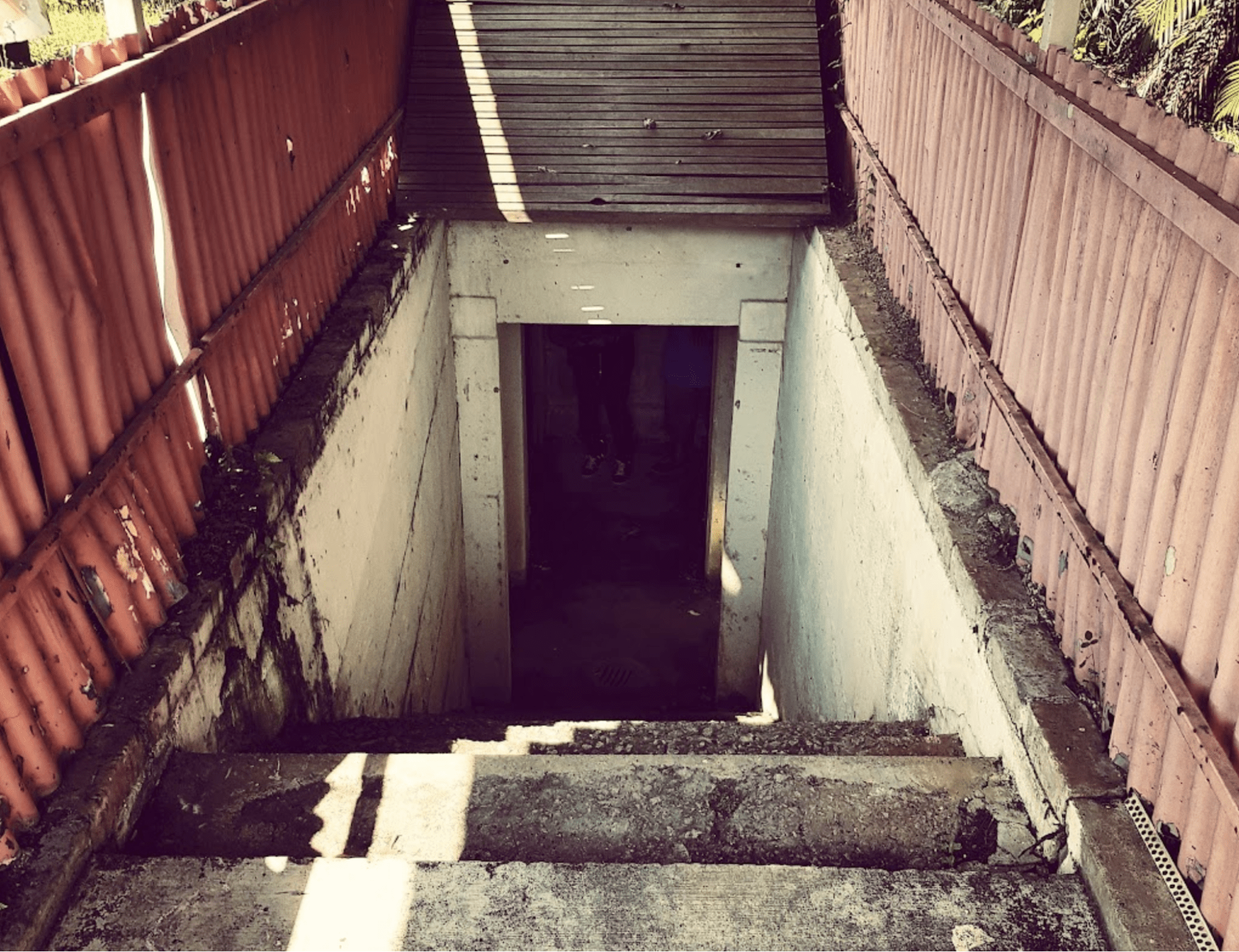 Underground bunker that was discovered during redevelopment works in 1990.
Image credit: Naganivetha Thiyagarajah

Over the years, it’s also been known as Nelson House and ANZUK (Australian, New Zealand, and United Kingdom) House.

The WWII Singapore landmark has been preserved and will become Canberra House Library later this year, part of the new integrated hub Bukit Canberra. The hub, which is slated to open progressively from the third quarter of 2022, will have a polyclinic, senior care centre, hawker centre, swimming pools, and an indoor sports hall in a park-like setting.

Your walk along the hilly Southern Ridges trail will take you past the picturesque black-and-white colonial bungalows behind Hort Park. Among them is Reflections at Bukit Chandu, a heritage centre housing exhibits that recount Bukit Chandu’s past. 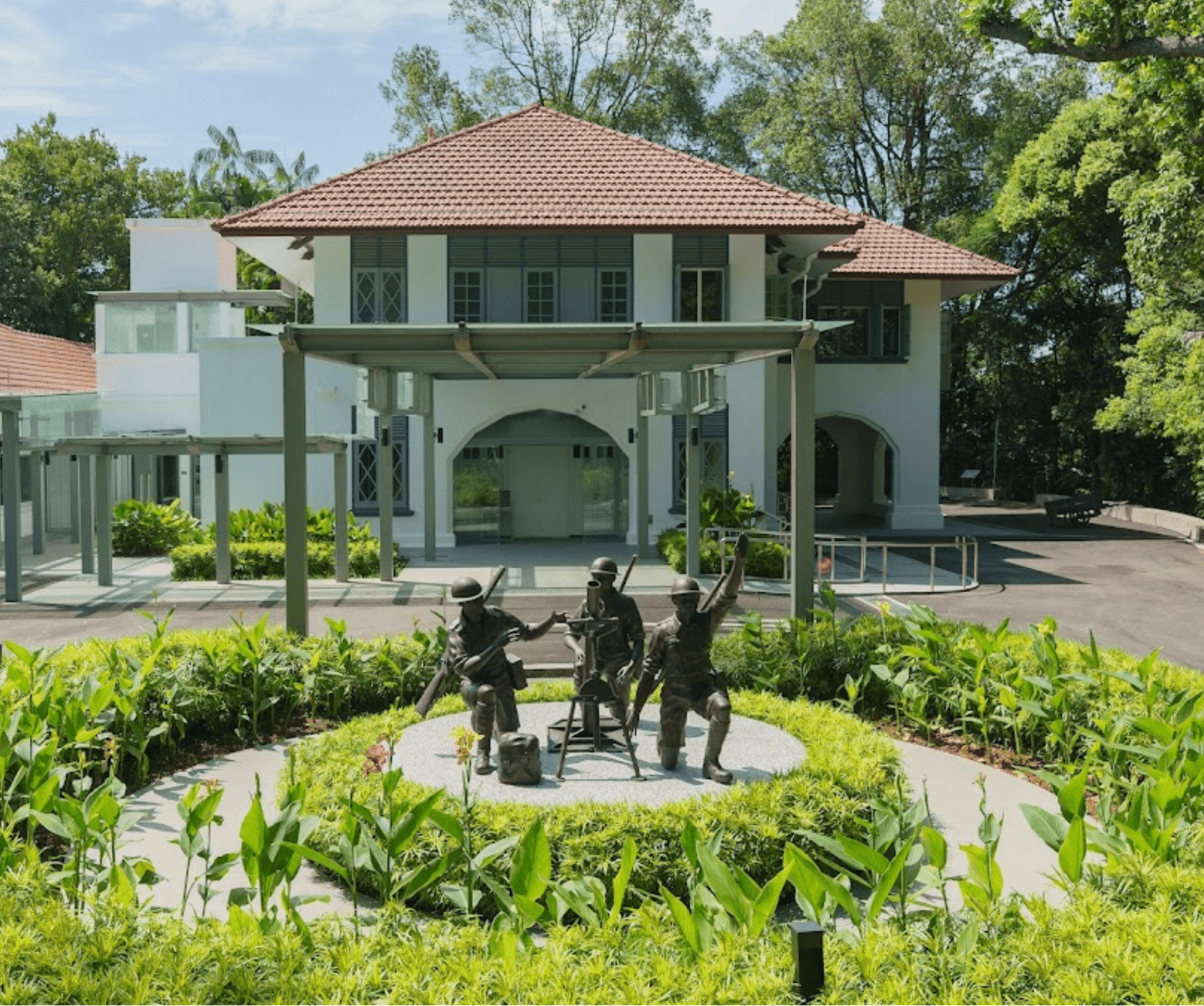 The statues in front of Reflections at Bukit Chandu commemorate the heroism of the Malay Regiment C Company.
Image credit: Google Maps

Now a residential area, Bukit Chandu – Malay for “Opium Hill” – was a key strategic defence position due to its high ground. The hill is said to be named after the former opium processing facility there. 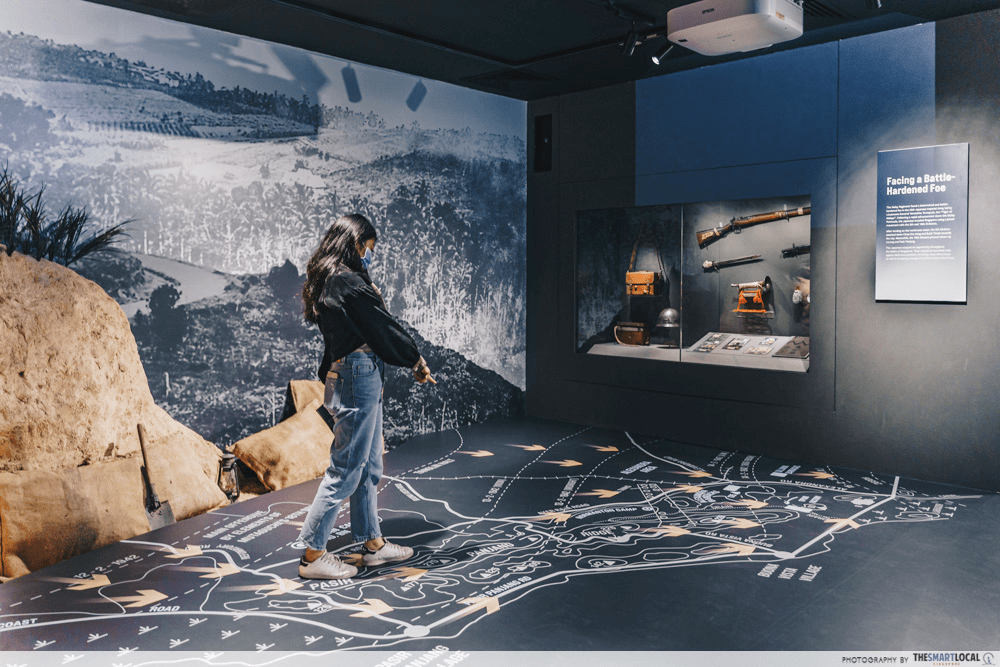 An exhibit in Reflections at Bukit Chandu retells the Battle of Opium Hill.

It was the site of the famous Battle of Opium Hill, where a 1,400-man strong Malay regiment in 2 battalions fought bravely to defend the hill from a Japanese attack.

Sentosa is our go-to island resort for fun in the sun and Universal Studios Singapore. But before it was so pleasantly renamed to mean “tranquillity”, it was known as Pulau Blakang Mati – “island behind death” – possibly in reference to the island’s bloody history with pirates nearby. 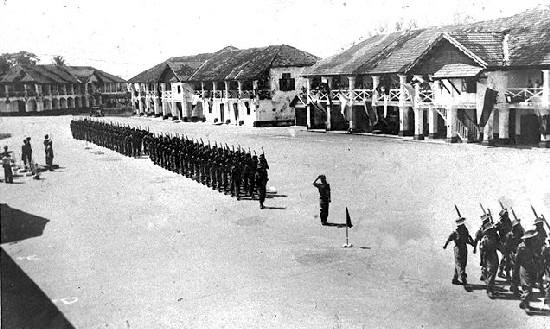 The island used to house a British military base. Quite a few WWII buildings and installations still remain there, such as Fort Siloso and Fort Serapong. 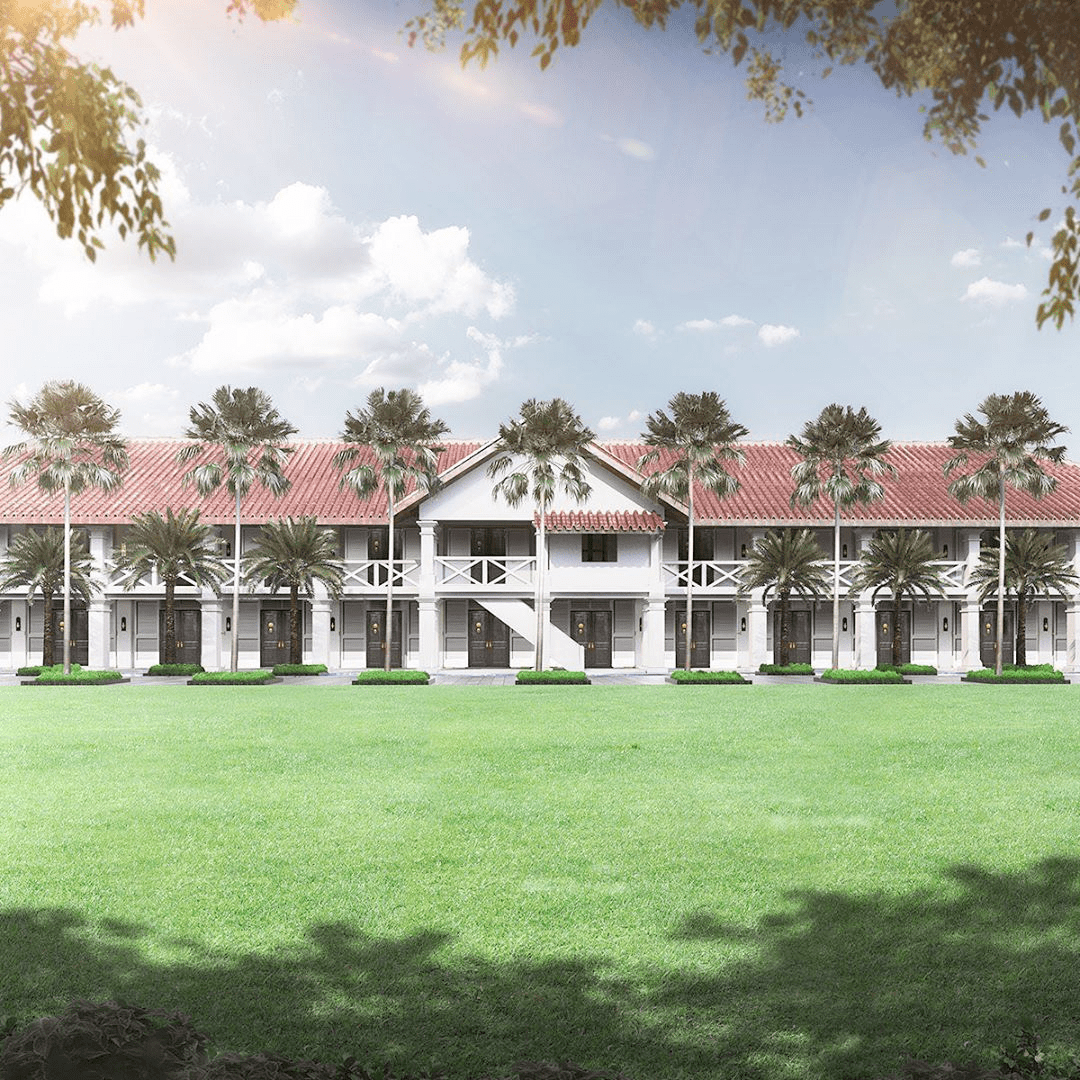 The Blakang Mati Artillery Barracks is now home to The Barracks Hotel Singapore, a luxury hotel with colonial military-style decor. Back in the day, the barracks was a cluster of buildings housing army personnel, with store rooms, a cookhouse, a rifle range, and even a church and a small cinema. It had its own medical facilities, reservoir and a football field.

After the Fall of Singapore, the barracks were used as a prison – first for Allied prisoners-of-war, and then for Japanese soldiers after the Occupation. The buildings were taken over by the Singapore government after Independence.

Block 37 of the Kitchener Barracks.
Image adapted from: 360 Snapshots

Because of the tortures and atrocities that happened there during WWII, the Kitchener Barracks used to be a popular haunt of ghost-spotters in Singapore.

The Kitchener Barracks was built in 1935 as a military base, and included Old Changi Hospital which was used to hold prisoners-of-war. 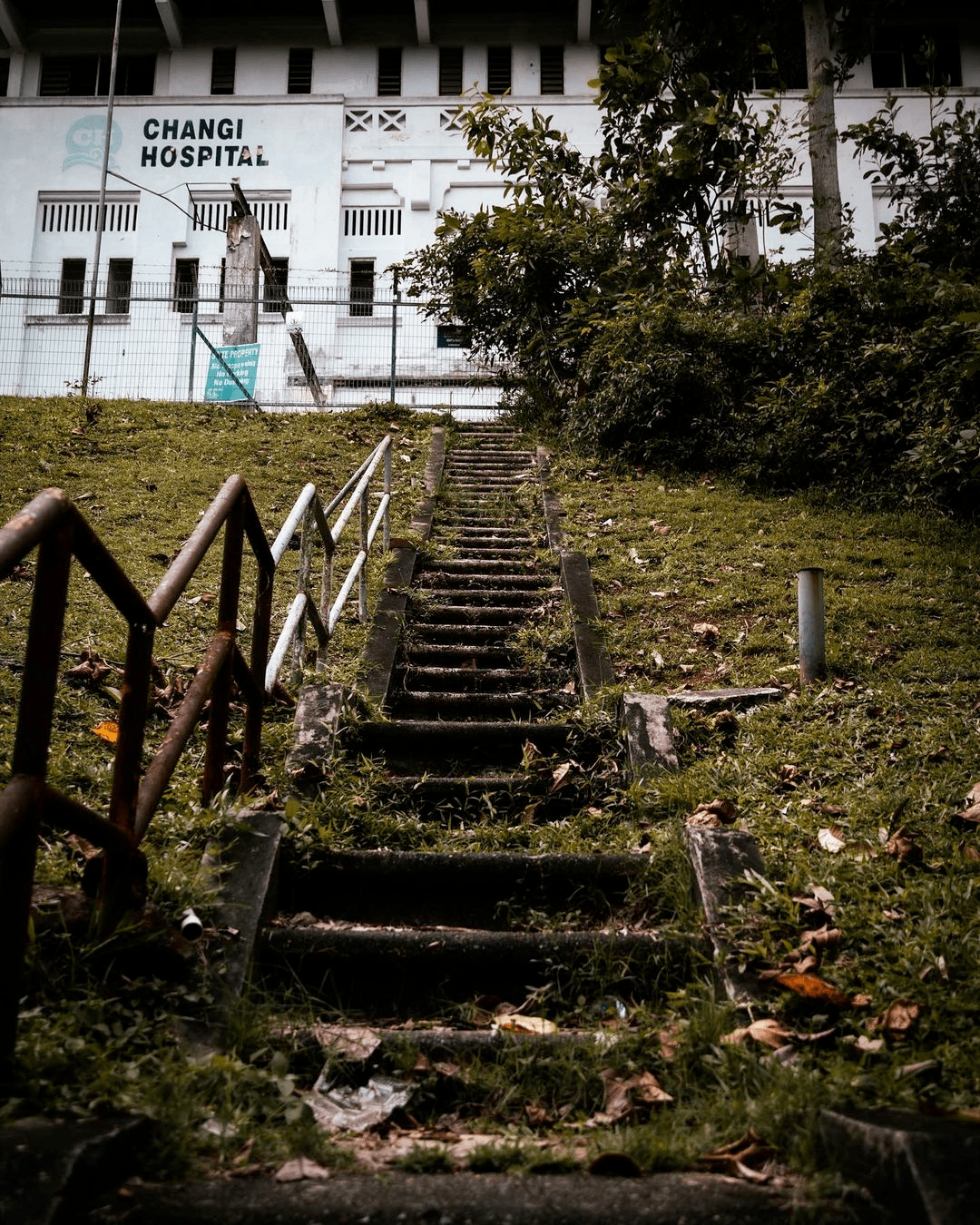 After the war, it was used as hospitals for the Royal Air Force, ANZUK, and then the SAF before it was a Ministry of Health government hospital. In 1997, the building was abandoned when Changi Hospital merged with Toa Payoh Hospital and moved to Simei to become Changi General Hospital. 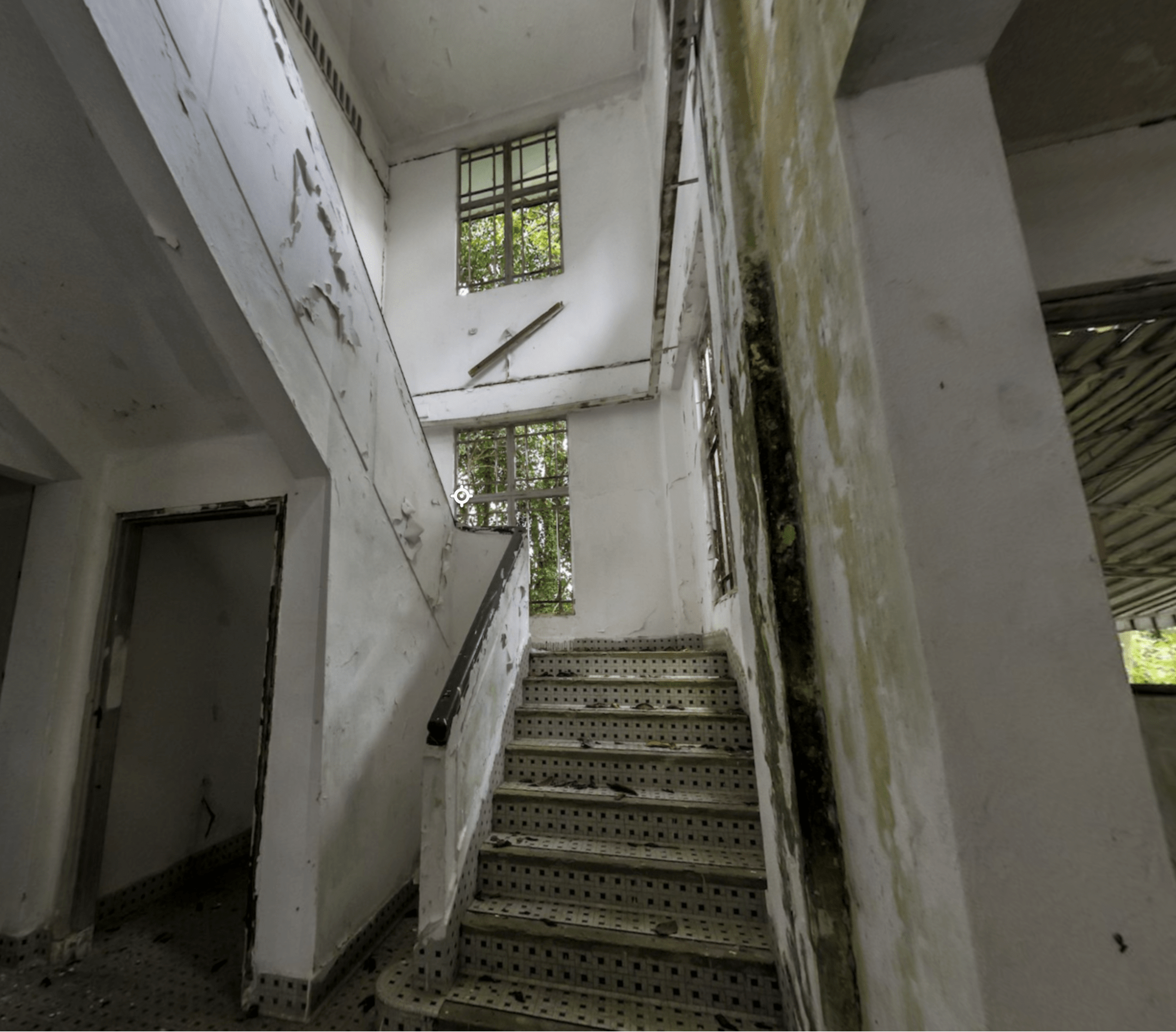 These days, the Barracks buildings are closed to the public, but you can tour them – ghost free – in this 360-degree virtual tour.

With our country’s landscape changing quickly, it’s easy to forget that we once went through very trying times to get to where we are today. Thankfully, we still have some of these visible reminders of some of what Ah Gong and Ah Ma had to live through.

Our history teachers try their best to make our past come alive for us, but it’s often the most impactful when we see some of it for ourselves through these WWII Singapore landmarks that are still around today.

Museums you can visit to brush up on your history skills: 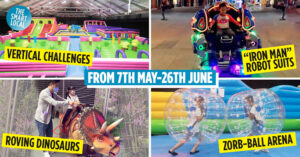