Sceptic or believer, facts are facts: hospitals are creepy, man. Maybe it’s the long corridors or the unnervingly sterile rooms – whatever it is, there’s one that really takes the cake for 10/10 scary vibes: Old Changi Hospital.

It ticks all the boxes: it’s abandoned, ulu, and quite possibly haunted. But beyond the tittle-tattle and ghost stories from secondary school chalets, here’s what you need to know about Singapore’s scariest site.

Changi Hospital during the Japanese Occupation

The now-defunct Changi Hospital was built in 1935 by the British colonial government as part of the military base camp in the Changi area. It included two military buildings – Blocks 24 and 37 – that were a part of the Kitchener Barracks, which housed the Royal Engineers of the British Army.

Block 37 was one of the hospital’s military buildings

However, the hospital’s heyday was short-lived, with the grounds being seized by Japanese troops in 1942 and used as a holding ground for prisoners of war. This is where things started getting shady. Though Kitchener Barracks still operated as a medical facility for war casualties and injured military personnel, WWII also saw the grounds being used by the Kempeitai. If your memories of social studies class are hazy, this was the Japanese military police, who were notorious for their brutal torture techniques. Old rooms that have since been left to the elements
Image adapted from: 360 Snapshots

Rumour has it that the hospital held Kempeitai torture chambers, based on an alleged room with thick chains hanging from the walls and blood-stained floors. Yeesh.

With its questionable history, it’s no wonder the hospital gained its ooky-spooky reputation over the years.

After the Japanese surrendered, Kitchener Barracks was converted to the Royal Air Force (RAF) Hospital Changi. A third building, block 161, was added to link blocks 24 and 37. 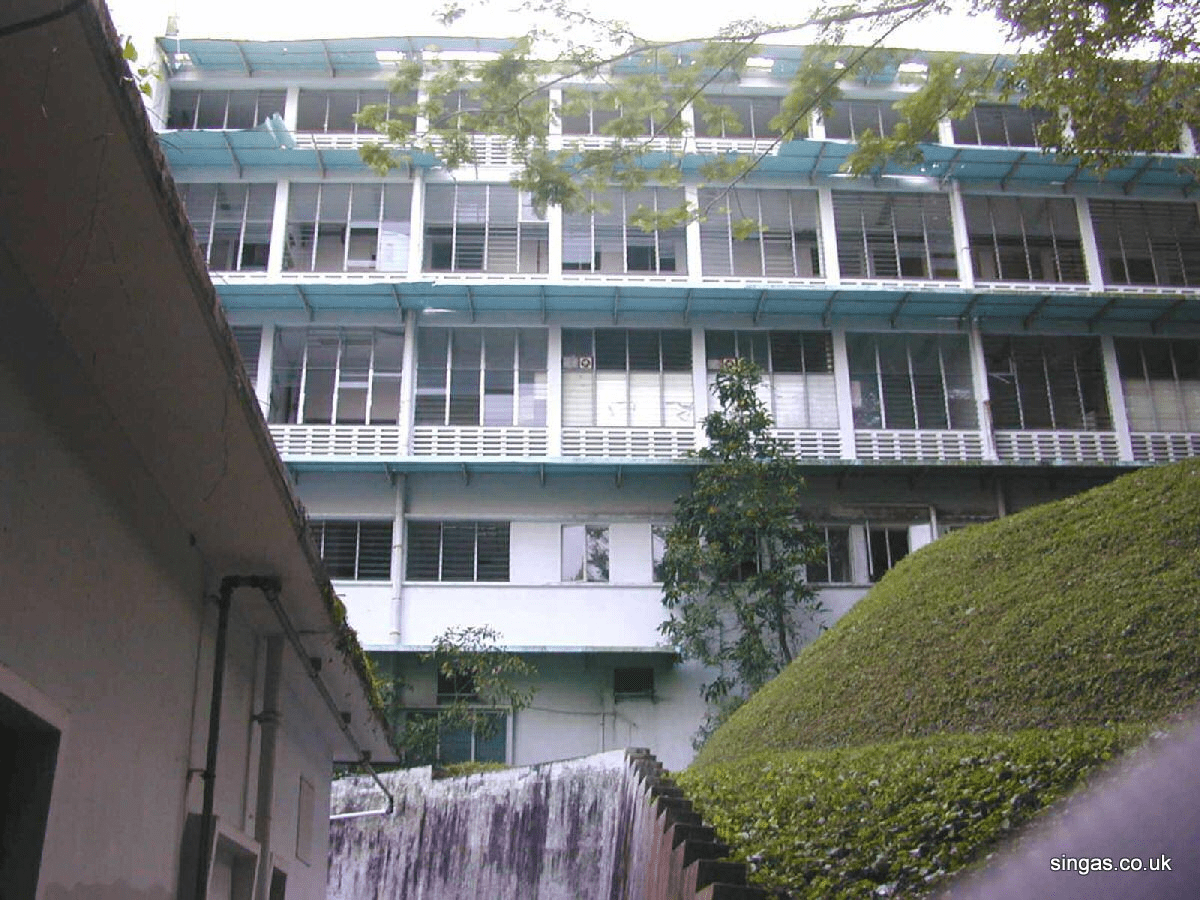 Block 161 stood out for its “modern” look at the time when compared to its pre-war counterparts
Image credit: Bruce Smith

Over the years through Singapore’s independence and the withdrawal of British troops, the hospital saw more changes in the 70s, going by the names of ANZUK Hospital, UK Military Hospital, Singapore Armed Forces (SAF) Hospital, and finally, Changi Hospital.

Medical services also became available to members of the public, besides just being for military personnel and their families. However, not all bode well. The layout of the hospital was less than ideal – blocks were separated by steep slopes and hills, leading to extra time taken just to get from one place to another. Plus, this made it difficult for services to be efficiently carried out. It officially ceased operations in 1997, after merging with Toa Payoh Hospital to form Changi General Hospital.

The hallways that were once roamed by staff and patients now saw trespassers and vandals, marking the beginning of its new identity as Old Changi Hospital. Care for a peek into the mortuary?
Image adapted from: 360 Snapshots

Old Changi Hospital has had its fair share of baggage over the years. I mean, as if people coming in to vandalise the space wasn’t enough, whispers started to fly that Satanists were using rooms as sites for demonic practices. 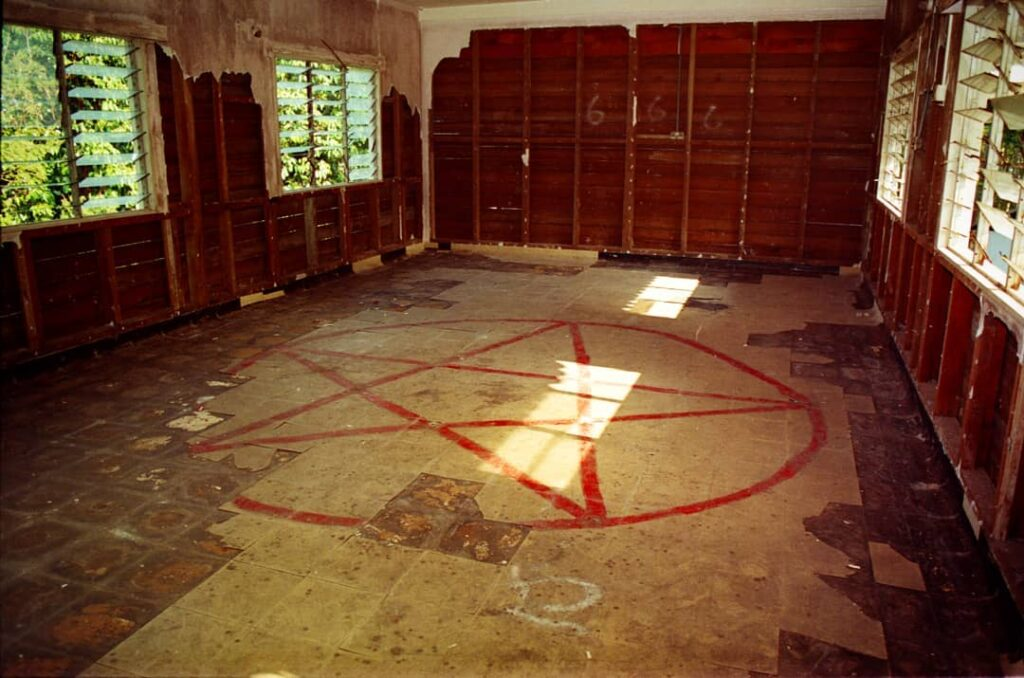 Naturally, rumours of the hospital being haunted began going around. People reported strange happenings from their adventures, from spotting apparitions in pre-war clothing to spirits in medical uniforms along the corridors. 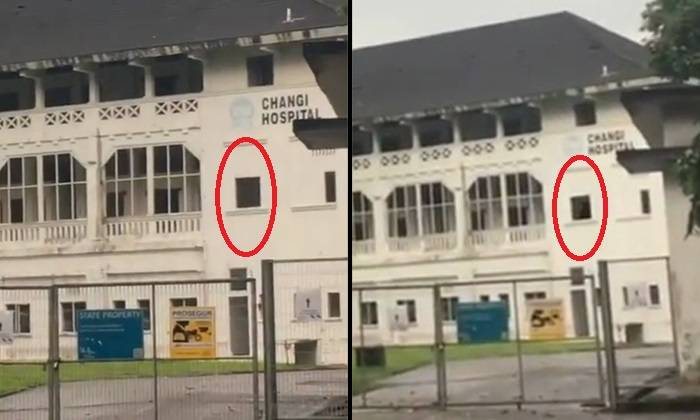 A cyclist around the area was taking a video of OCH when he caught a mysterious black figure appear at a window before vanishing seconds later
Image credit: STOMP

The grounds were even used by production houses as film sets for shows like Incredible Tales and Haunted Changi.

While none of these stories can ever truly be verified, we can’t deny the thrill of hearing them nonetheless. 90s kids will also relate to late-night class gatherings never being complete without at least one story about Old Changi Hospital – and usually from that garang fella that claimed to have gone there themselves.

It’s even wormed its away into pop culture, having been recreated as part of a haunted house set in USS’s Halloween Horror Nights.

Old Changi Hospital: a remnant of Singapore’s past 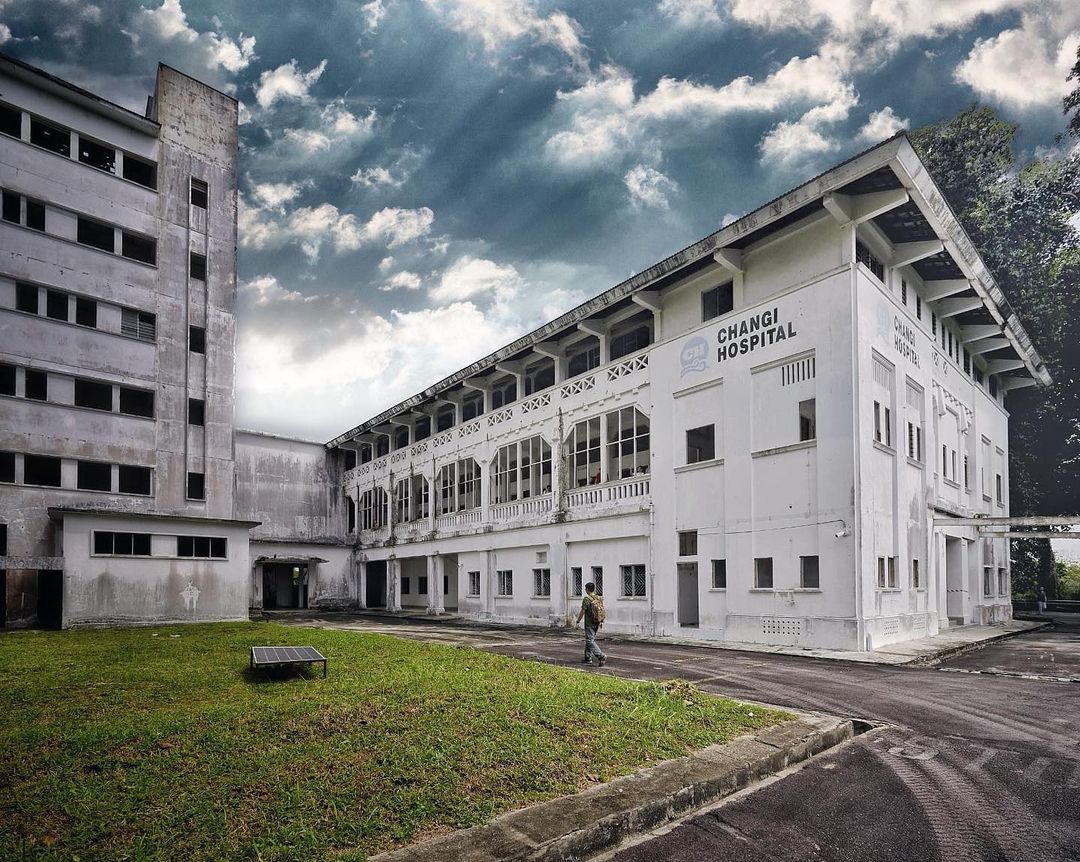 From a relic of our colonial past to its post-war transformation, Old Changi Hospital goes beyond being a he-said-she-said story you’d have found on sites like SFOGS. Plans of refurbishing the landmark have fallen through over the years and it still stands vacant till today. People are not allowed to enter, with security officers stationed around the premises.

That doesn’t mean you’ll never be able to explore the grounds though. Thanks to modern technology, we can enjoy the sights of OCH from the comforts – and safety – of our own homes with a free 360-degree virtual tour.

Sure, it’s not the same as exploring it IRL – but hey, at least you won’t attract any ghosties online. 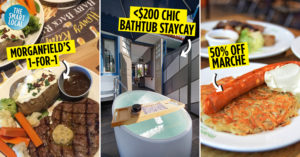 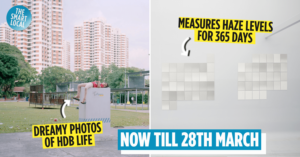