Most haunted Secondary Schools in Singapore Tekong ghost stories may be popular among National Servicemen, but secondary schools are where most of us first hear of grisly hauntings. Perhaps due to our friends’ overactive imaginations, some of these stories may have been cooked up out of boredom to make school life more exhilarating…or have they?

While just about every secondary school has its share of requisite toilet hauntings, the following tales have some basis behind them, making them even creepier once you understand their origins. Be warned: Some of these stories will get even the most fervent Halloween Horror Nights fans clutching their blankets in fear and crying for mummy. ACS’ clock tower is iconic for greeting passers-by along Dunearn Road, but it holds a much more sinister role than just displaying the time. Legend has it that a past student managed to gain access to the clock’s gear room but accidentally fell into the gears, with his body gruesomely crushed.

After the student’s sudden violent death, it is said that his spirit continued lurking in school, seeking out other students to prey on. Students claim he possessed several others over the years and caused them to attempt suicide by the same clock tower gears, but thankfully, teachers always managed to intervene before any repeat incidents. As a post-occupation school, Chung Cheng is said to be full of lost Japanese souls wandering the hallways. As such, there are numerous convex blind spot mirrors scattered throughout the compound for students to keep a lookout for malicious spirits creeping up behind them.

While the lake has set Chung Cheng apart as the only school with such a massive water feature, it is also said to be cursed by a lingering figure. It is said that if one walks around it three times and rings the nearby bell thrice, a creepy mermaid will surface from its depths.

That’s not all. At the auditorium, there are several doors linked to each other through a series of maze-like passages and rooms, supposedly once used as torture chambers. One of these entrances is considerably low at about 1.6m and meant to be used as cleaners’ storage. Yet, there are no brooms to be found within these chambers of secrets.

Toilet with lights on 24/7 to deter spirits from lurking 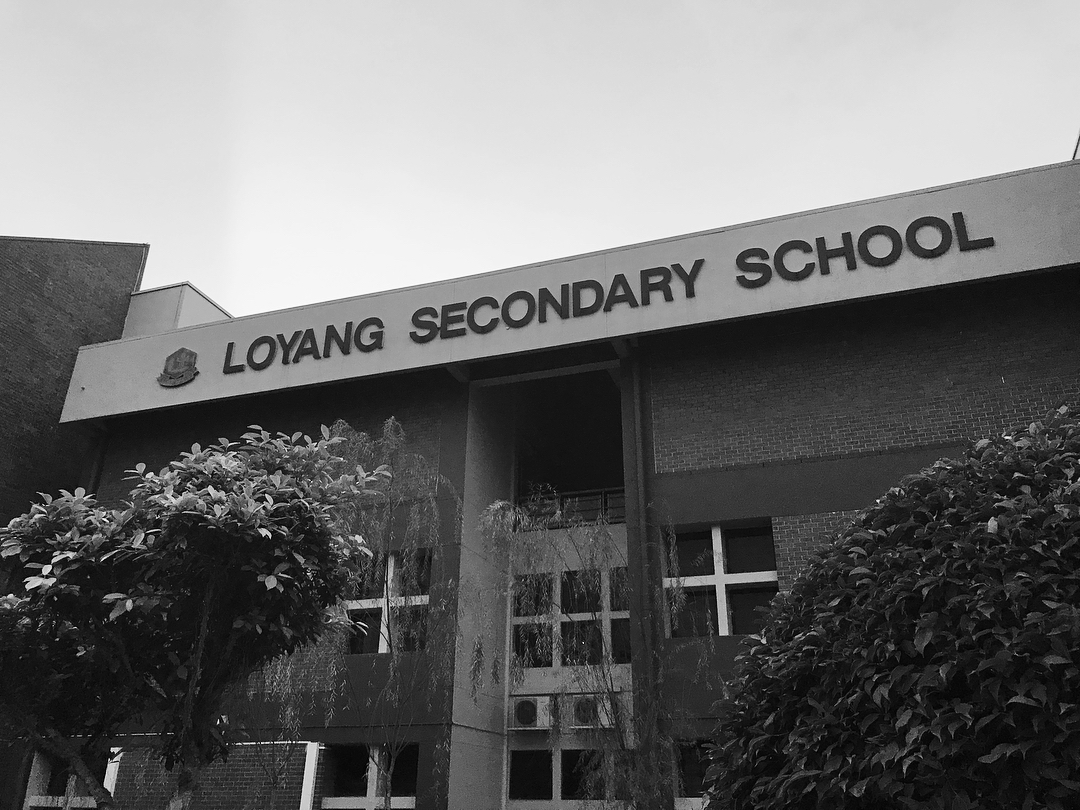 Even before its merger with Greenview Secondary School, Loyang Secondary School had a particular 4th floor female toilet at its old block where lights are left on 24/7. The toilet is said to be haunted, so the lights act as a deterrent to malicious spirits afraid of exposing themselves under the glare. A mannequin was once placed inside the classroom of a girl named Sally who had committed suicide, dressed up in her uniform and name tag to commemorate her. As the classroom was situated on the ground floor near the track, classmates reported seeing “Sally” always facing them during PE lessons despite having placed her facing the front of the class.

As a teacher was marking exam papers early in school one morning, she was surprised to catch a glimpse of a student’s uniform saunter past her staff table. Realising it was still way before school hours, she glanced up to see who it was, only to realise to her horror it was “Sally” the mannequin. RGS used to have its AVA room with walls painted white, as per standard classrooms everywhere, until an ex-student hung herself from the ceiling projector with her school tie. After her death, sounds of a tie being pulled taut followed by screaming could still be occasionally heard and her hanging shadow would be seen when the lights were switched off before presentations.

It was then that the school decided to paint the walls yellow – the deceased student’s favourite colour – to appease her. While the hanging sounds and shadows have since ceased, there is still a persistent faint shadow of a nonexistent person sitting in the last row of the AVA room. 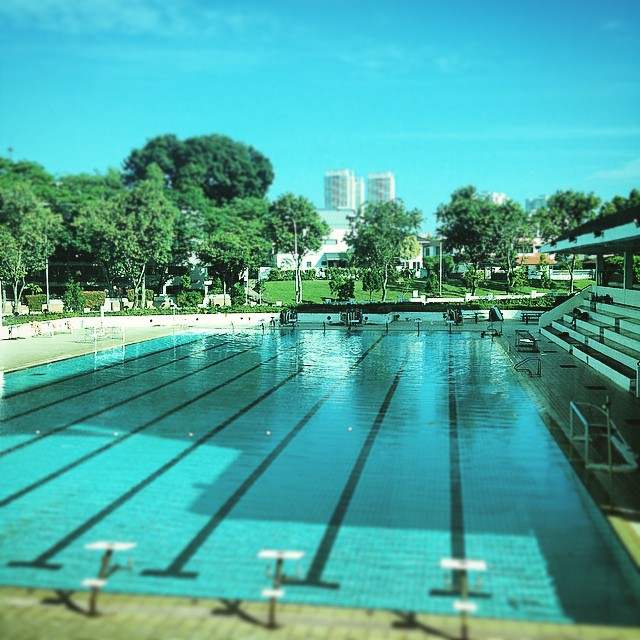 Being a school with vast resources, it’s almost expected that RI would have its own swimming pool, but what may come as a surprise is that the pool is supposedly just a metre short of the Olympic-sized 50m.

The story goes that during construction, workers came across human remains at the 50m mark and decided to appease the spirits by leaving them alone, thus building an intentionally shorter pool. In the old RVHS campus at West Coast, there was a central circular sculpture outside the auditorium covering what’s said to be an old well, after 8 students made a suicide pact and jumped into it upon receiving abysmal O Level results. Although 8 bonsai plants were placed in remembrance of the students, the ghastly tales take on a stranger twist after this.

In order to ward off the students’ lingering spirits, 2 stone lions were placed behind the auditorium block. However, students occasionally claimed that the statues disappeared as they were having their PE lessons, only to magically reappear after their lessons were done.

Growing up with paranormal accounts during our adolescence hits scarily close to home for some of us. While skeptics may find these urban legends rather fantastic and dismiss them as just stories by the superstitious, it’s sometimes better to err on the side of caution and not attempt to invoke the wrath of vengeful spirits, lest you find yourself faced with them!