Not only did that mean we could cool off in aircon, but it also meant we’d be dabbling with the world wide web – a concept we were still familiarising ourselves with back then, and that would give us access to pretty much anything our heart desired.

This translated into antics like huddling over a single screen with our classmates to watch a viral video and removing the trackball in the mouse just for the lols.

Take a walk scroll down memory lane and see if you remember these 10 nostalgic websites from the past. Ahh, good times. 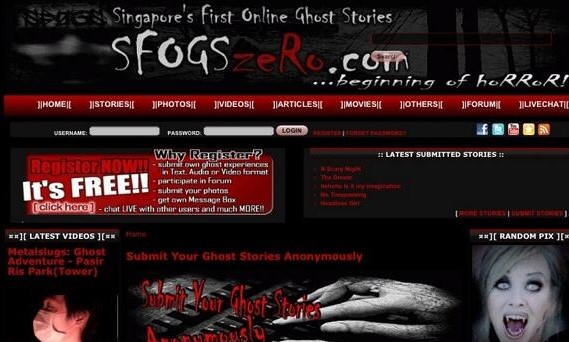 There are two kinds of people back in school – those that would scare others and those who would get scared by others. Unfortunately, I fell into the latter camp, constantly being the victim of a website known infamously as sfogs.com.

Its most popular scare tactic? One where the viewer would have to stare at a spot on a screen for a few seconds before a “ghost” pops up unexpectedly. Case in point, the GIF below – not advised for the faint-hearted.

Besides cheap thrills, it also allowed users from around the world to submit their personal stories about creepy encounters, “evidence” of ghost encounters and information about urban legends.

The website’s popularity phased out in the early 2000s and has since been rebranded to Hungzai.com – but its existence will always haunt our memories.

2. Miniclip.com – For short games when class was boring 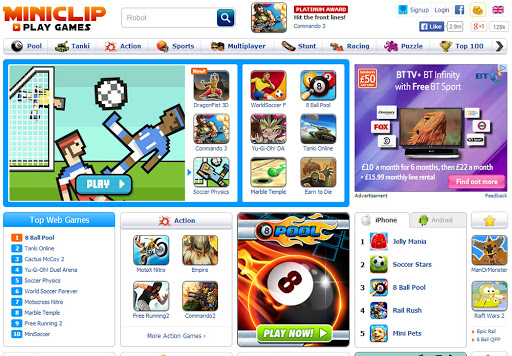 Chances are, we were opening secret tabs during computer lab lessons, playing a mini game on the side while half-listening to our teacher drone on about class work. And the #1 website our fingers would type into the search bar on autopilot? Miniclip.com, duh.

From soccer games to point-and-shoot games reminiscent of Puzzle Bubble, the options seemed endless. It’s no wonder the platform has survived until today with over 1,000 games. It also develops the games into apps for our smartphones. 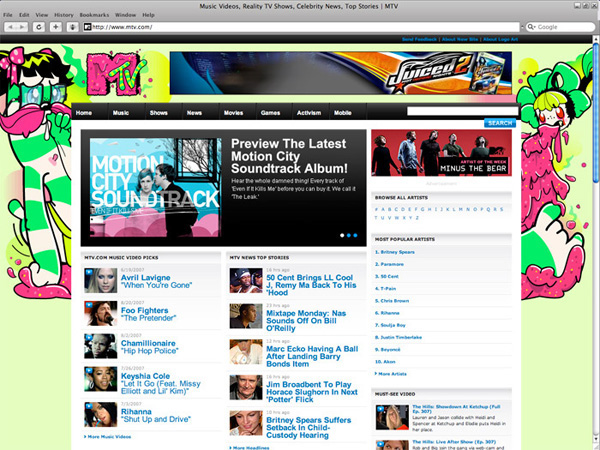 My teenage days were spent being pop-culture obsessed. But for a SCV-less household without the MTV channel like mine, music videos were surprise fillers on Channel 5 when a show ended a couple of minutes before the next one started.

Which was why sites like AOL.com and MTV.com were godsent. Whether it’s to stream snippets of an unreleased album or watching live music performances, those were the sites to visit.

After all, you just had to watch the Pussycat Dolls’ “Buttons” music video without your parents finding out somehow. 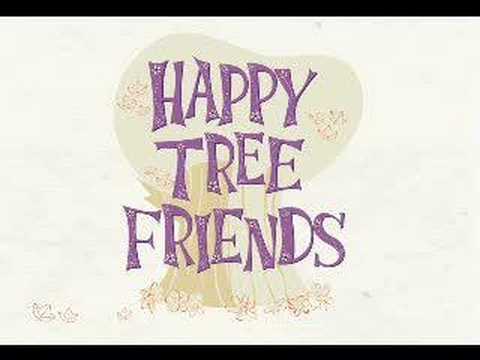 The videos didn’t even offer any life lessons or moral takeaways, but as kids who didn’t know any better, they would cause us to riot in laughter for hours on end. In fact, we probably thought what we were watching was R-rated content and were on edge each time we were close to getting caught. 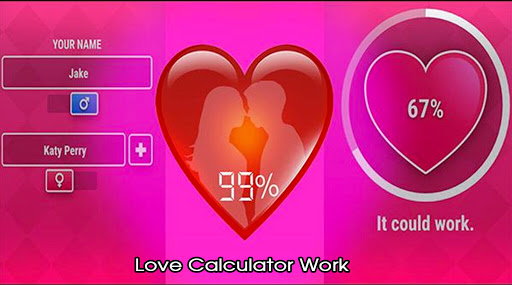 Remember your first crush? Going through puberty = confusion and heartbreak, and in those times, we turned to the all-knowing Love Calculator website.

All we had to do was key in our names, and hit “Enter” to watch the compatibility scale come up with a percentage to either give us false hope that it could work out, or sink into a pit of sadness when you got a low score. 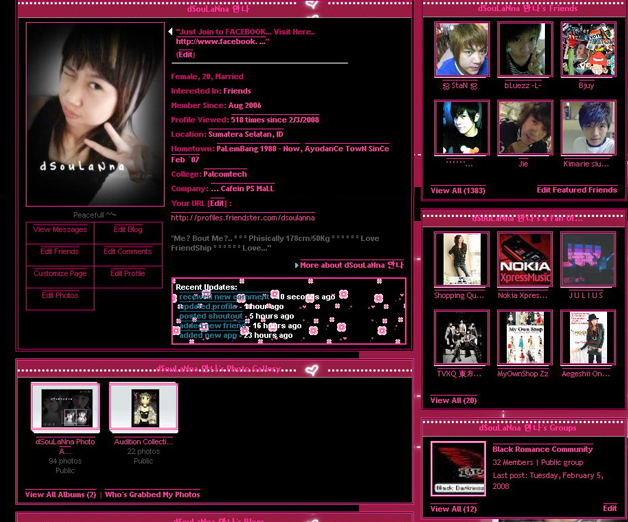 A typical Friendster profile back in the day
Image adapted from: deviantart / dsoulanna

Gen Zs might be all like “Friendster? Myspace? We don’t know her”. But for those born in the 90s, these two platforms were everything before Facebook came along. It was the dawn of the social media era – we just didn’t know it at that time.

Seriously, free time during breaks and after school were spent checking my Friendster account for friend requests, seeing updates and leaving “testis” on my friends’ walls. Yeah, in hindsight, we could’ve used a better term.

Myspace, on the other hand, was catered more for the “cool” ones in school to show off their music tastes, a.k.a. the emos and scene kids. 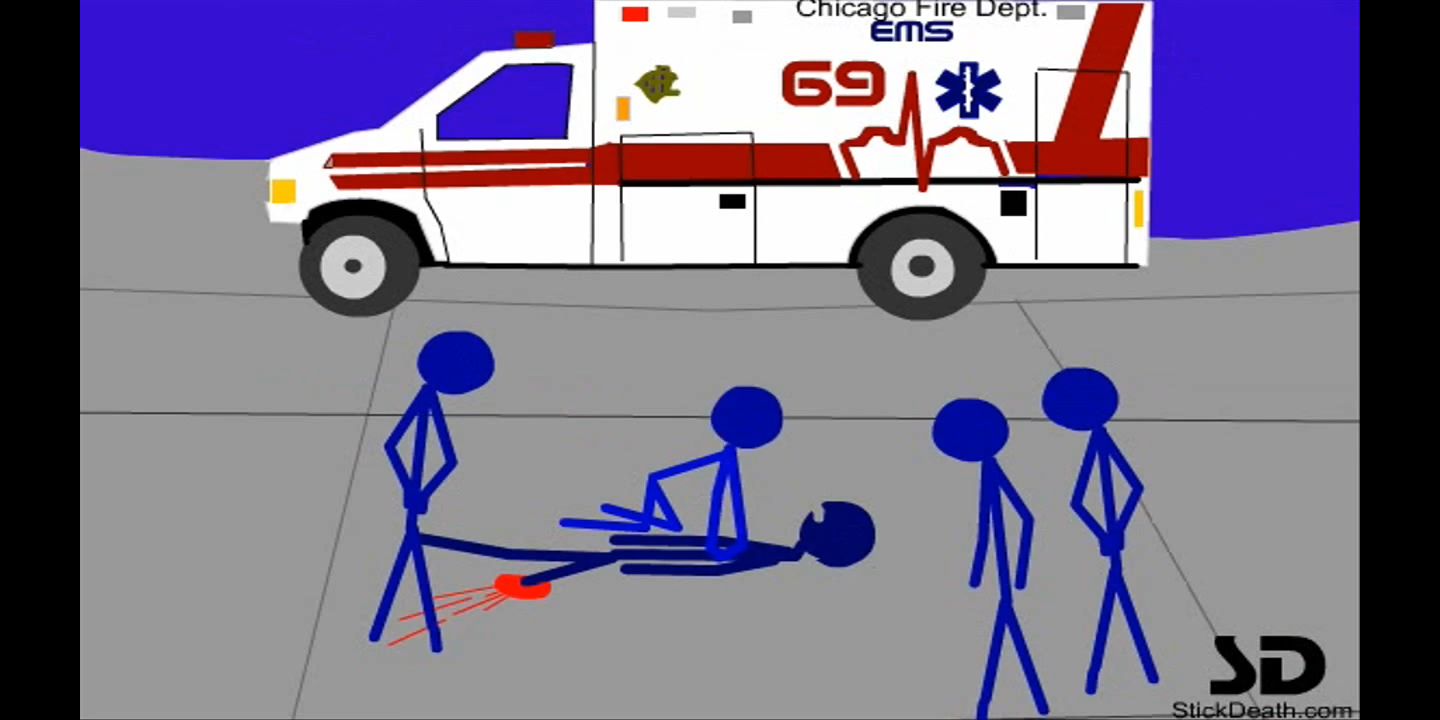 Why play stickman when you can play Stick Death? These simple flash games and animated shorts were all the rage at one point of time, where the basic goal was not to die – or die – depending on whether or not you wanted a chuckle or two.

8. Gamefaqs.com – To help you with your Pokemon walkthrough 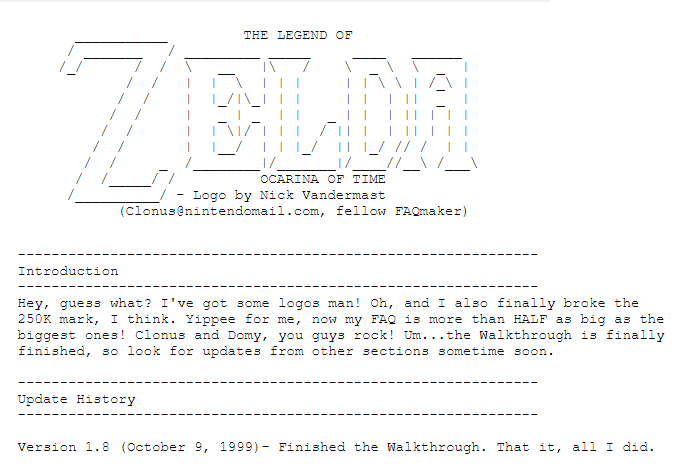 Whether it’s finding out how to defeat the Elite Four in Pokemon Red or Blue on a Game Boy Colour, or navigating walkthroughs for Final Fantasy on Playstation 2, Gamefaqs always had our backs.

I remember printing entire guides at home to assist my gaming adventures, only to be yelled at by my mom for wasting sooo much paper. But hey, they were our holy grails – and every video game completed was a fulfilling accomplishment. 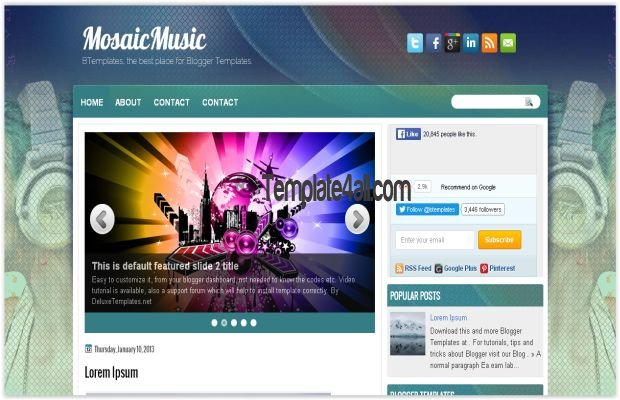 Between choosing chio blogskins and adding chat box and music player widgets to our HTML codes, crafting a virtual extension of our lives was heaps of fun. 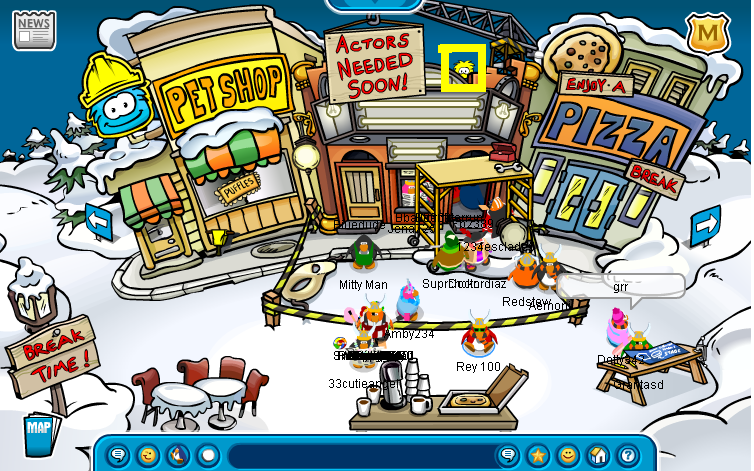 Among the many MPGs we used to play like MapleStory and RuneScape, Club Penguin stands out vividly for those born in the late 90s. Taking on the role of a penguin, gamers could decorate igloos and attend meetings together in the virtual world.

The online game experienced a comeback last year with free membership, so if you’re ever feeling nostalgic you can relive your childhood. 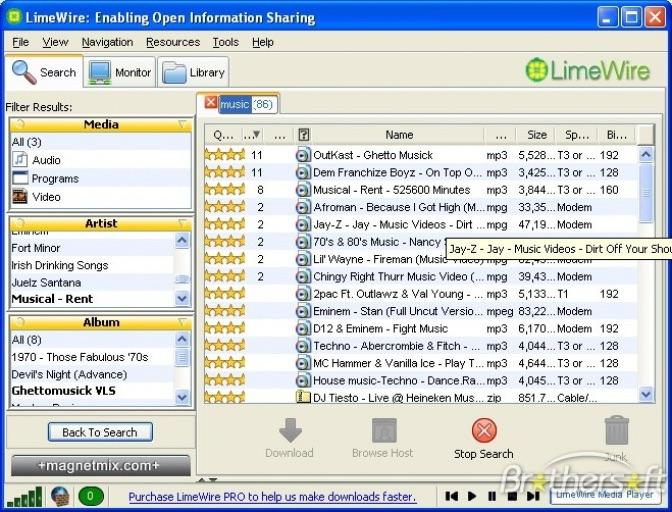 Okay, we wouldn’t be logging into torrent sites during computer class, but only millennials will remember the hassle of illegally downloading music and movies at home. Imagine the sheer pain from finding a torrent of that new Eminem album, only for it to stall at 99%.

While modern day streaming services like Spotify and Disney+ aren’t free like torrents, they provide us with tons more convenience. 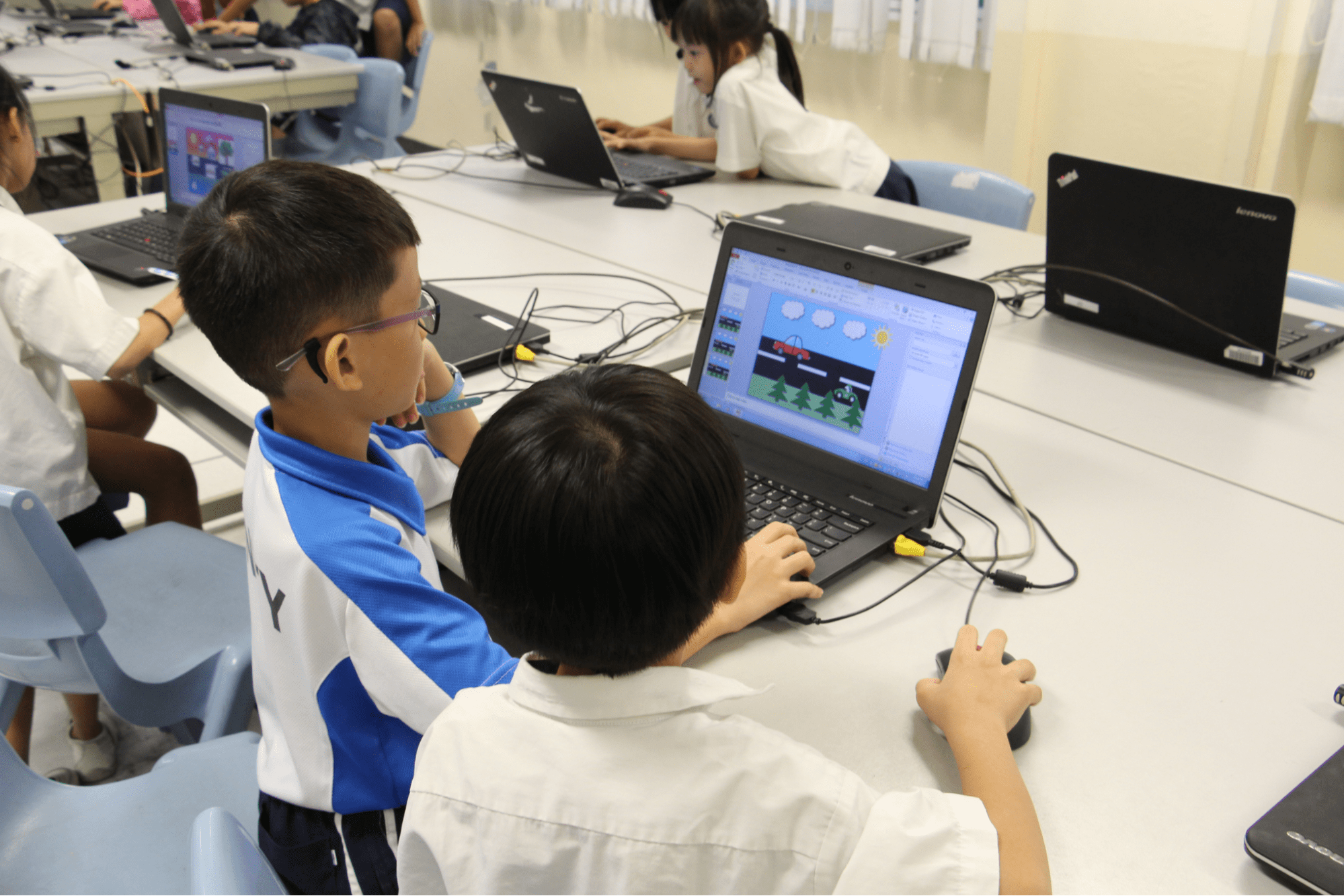 We’ve come a long way from getting excited about using a chunky desktop computer and waiting for the dial-up connection to load. Now, the Internet is literally at our fingertips, evolved tenfold from any of our expectations.

While these nostalgic websites have since lost relevance or even become defunct, they’ll always have a special place in many of our hearts. 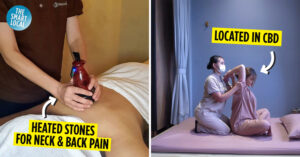