I may have spent years in Social Studies lessons learning about Singapore’s history, but it was only today that I found out that Singapore had a richer history beyond places like the War Memorial Park and Fort Serapong. Enter Bukit Chandu.

Malay for “Opium Hill”, Bukit Chandu was likely given its name for the opium packing facility that was formerly at the foot of the hill. Today, it holds a heritage centre that recounts one of the fiercest battles fought in Singapore in WWII.

The Battle of Opium Hill during WWII 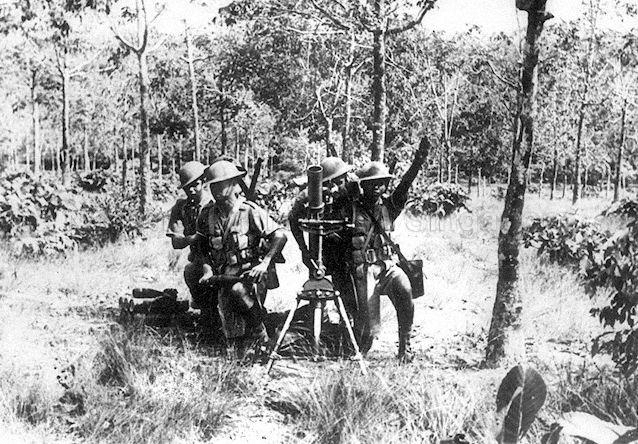 The Malay Regiment was started by the British as the “Experimental Company” and eventually grew to have 1,400 soldiers

As a Singaporean, born and raised, I was quite ashamed to find that I actually didn’t know much about the history of Bukit Chandu. After a few Google searches and YouTube videos – which led to a few tears, ngl – I learned that it was more than just a scenic hiking trail pitstop, but also the site of a significant battle.

In a glimpse into Singapore’s darker past, historical sources say that Bukit Chandu actually marks The Battle of Opium Hill – the final stand of one of the Malay Regiment’s platoons. During WWII, Bukit Chandu was notably a key strategic defence position due to its high ground.

On 14th February 1942, Japanese forces launched a large-scale attack on Bukit Chandu. This was likely in the attempt to gain direct passage to the Alexandra area just behind, which held the British military’s main ammunition bases and supply depots.

This placed the soldiers situated to defend the hill in a difficult position. The Japanese forces utilised their sheer numbers and over-arching strength in an attempt to wipe out what was left of the Malay Regiment. And this was where the regiment’s Second Lieutenant Adnan Saidi and his company made their last stand. 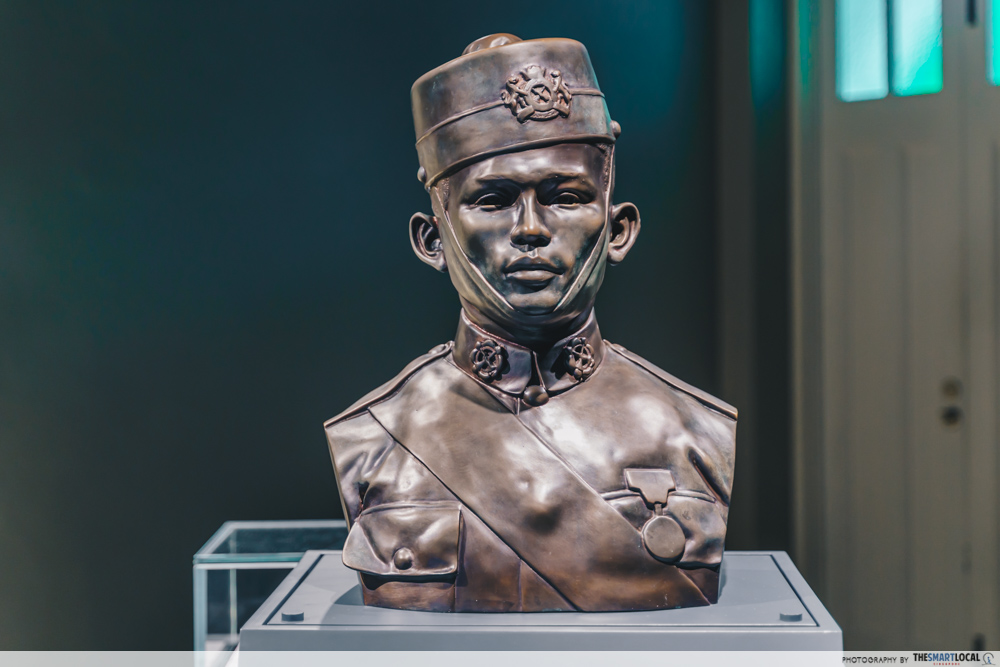 A bust of Lieutenant Adnan to commemorate his bravery, located at Reflections at Bukit Chandu

Despite their disadvantage, Lieutenant Adnan encouraged his men to fight till their last breath. With no more ammunition, the company bravely engaged in hand-to-hand combat and refused to retreat or surrender.

After being swiftly outnumbered, Lieutenant Adnan was captured. In many recounts, it is said that he and his men were brutally beaten and kicked before being hung upside down on a tree. Though some may claim that their sacrifice was in vain in the face of the British’s surrender the next day, their story continues to symbolise strength and sacrifice in desperate times. 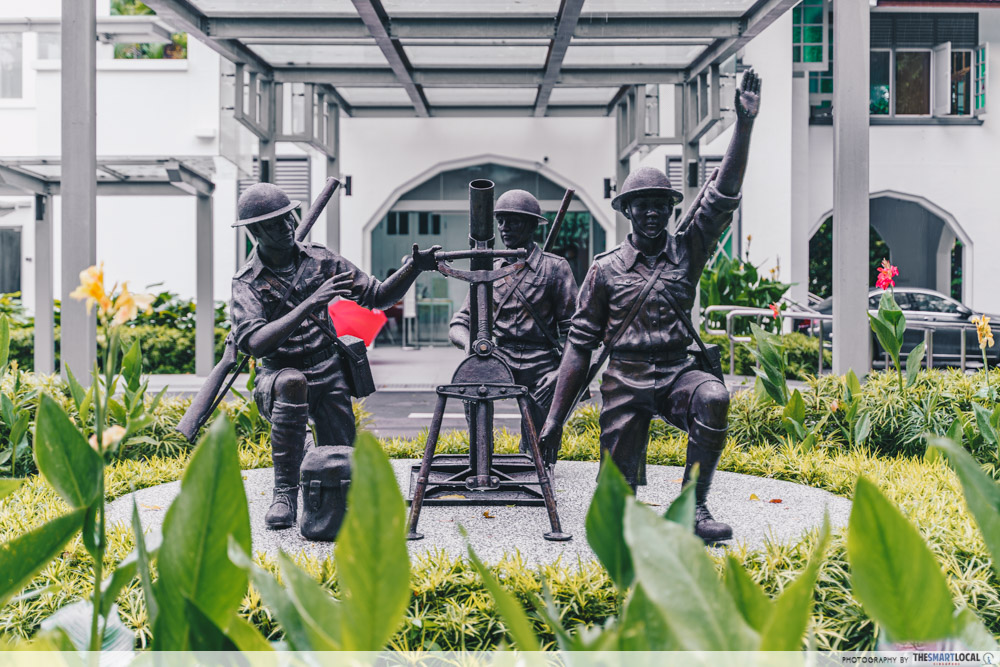 Today, their bravery can be seen commemorated in a restored black and white colonial bungalow called Reflections at Bukit Chandu. This heritage centre is a good stop for Singaporeans and tourists alike to learn more about our country’s history and how far it has come. 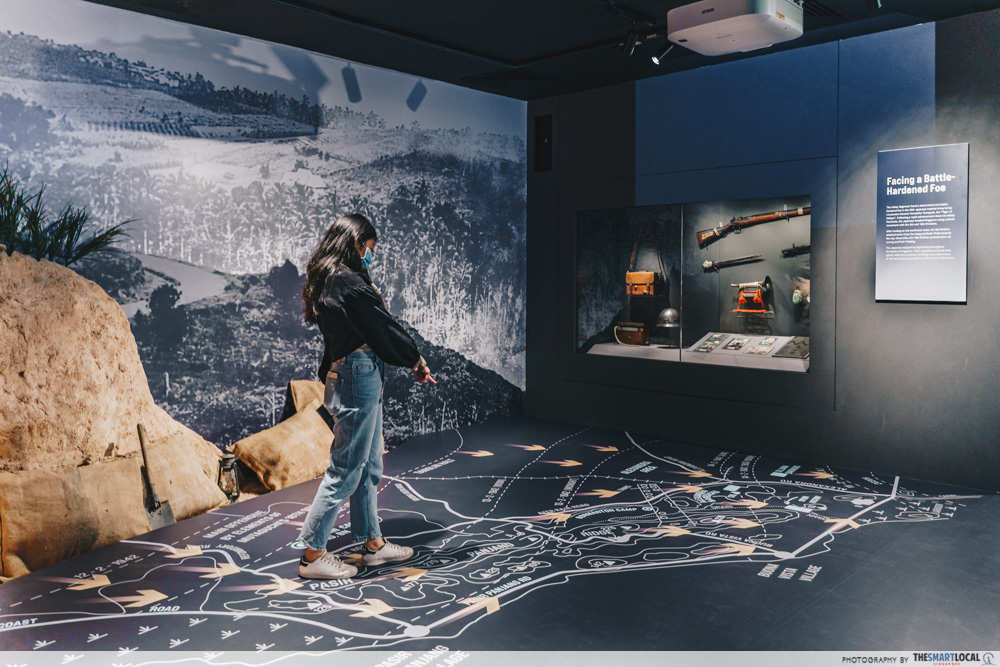 To learn more about the battle, Reflections at Bukit Chandu features a few exhibits that honour Opium Hill’s past. Aside from the usual historical artefacts, what stuck out to me was the animated interpretations of the battle complete with voice narration. The way these videos travel across the walls will have you feeling like you’ve been transported right in the middle of the site. 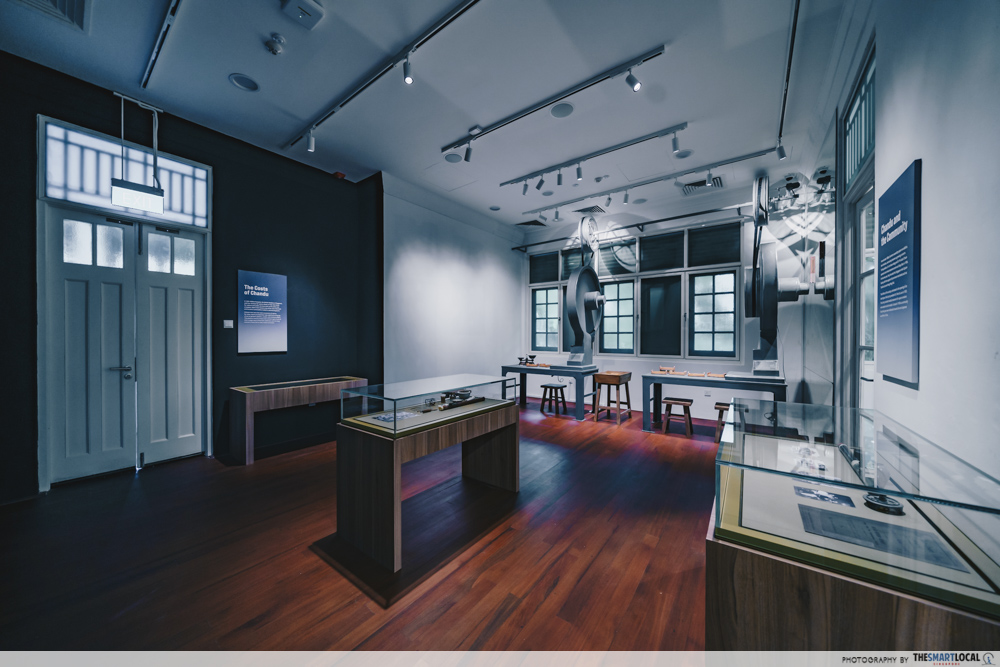 The museum doesn’t just commemorate those who gave their lives in battle but also holds pieces of the opium factory that it used to look over. On the second floor are machines that the workers used to help pack opium, reflecting the opium trade of the time.

Browsing through the exhibit, it was interesting to learn about how opium was an integral part of the lives of the workers, becoming their only respite after a day of hard work. 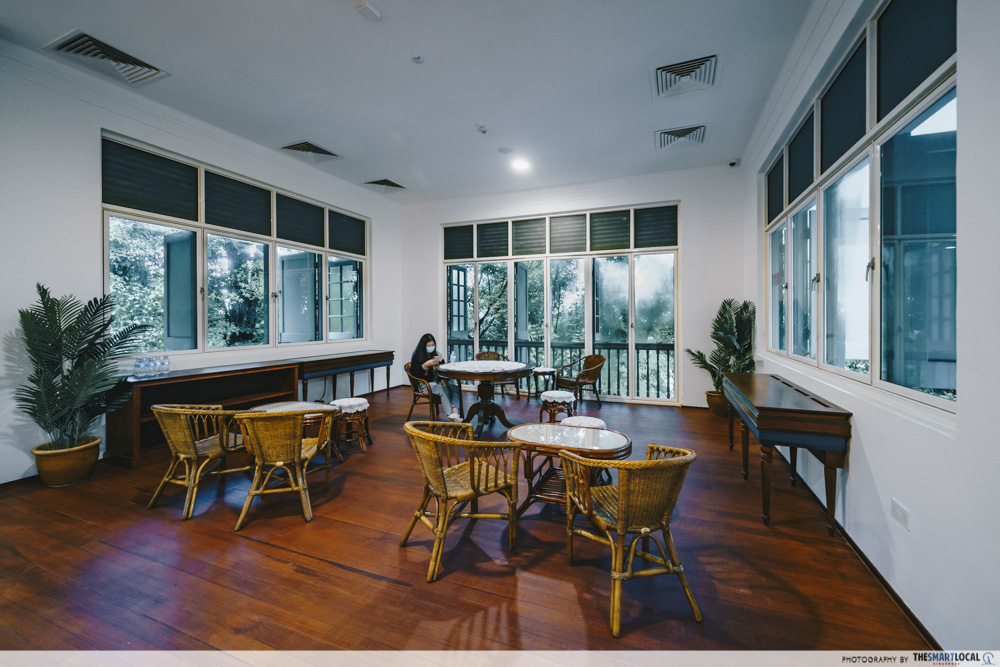 This lounge area on the second floor is the perfect place to rest your legs – you’ll even be able to spot views of the sea from here.

Since its closure for renovation nearly three years ago, this heritage centre is finally opening its doors to the public on 9th September 2021. Admission is completely free of charge for Singapore citizens and PRs, making it a worthwhile stop. 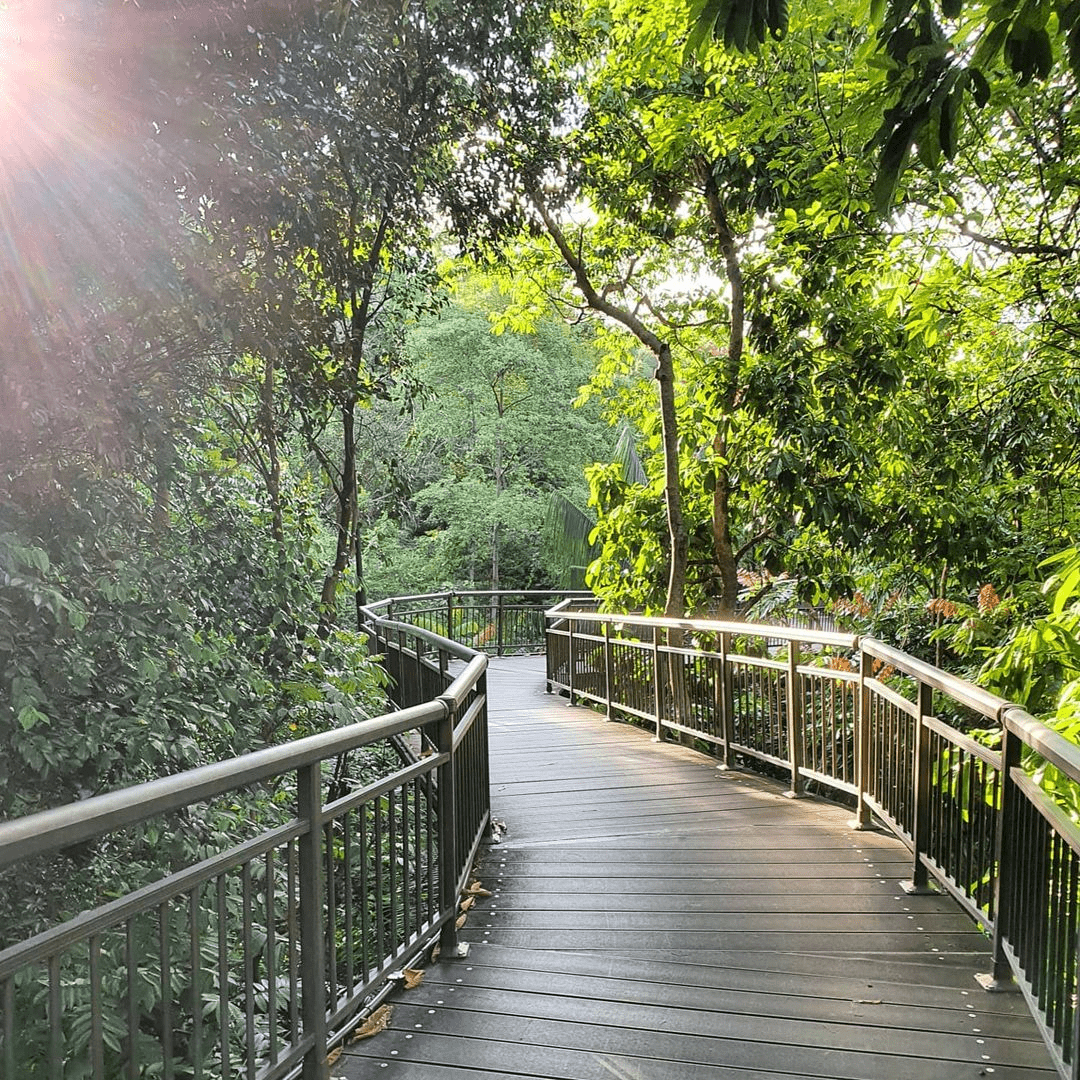 History aside, Bukit Chandu sits near Kent Ridge Park, a scenic hiking trail. It offers a few routes at different difficulty levels which makes it a good site for beginners and seasoned hikers alike. Perhaps the easiest is the hike from Kent Ridge to Opium Hill, spanning about 3.2KM.

Its abundance of pretty sights and heritage trails makes a good spot for any nature lover or history buff to spend their day. 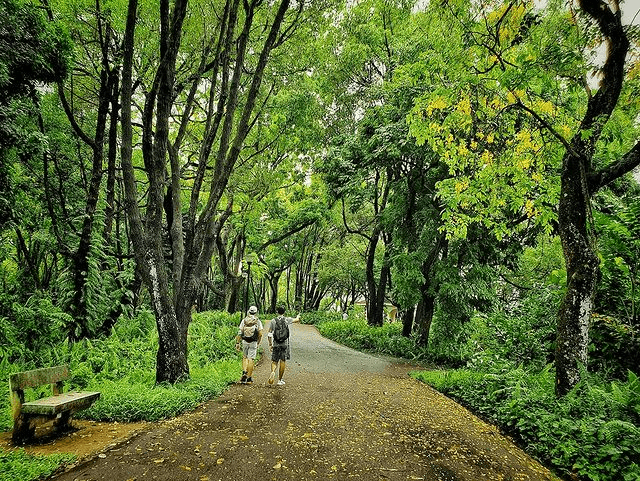 Bukit Chandu is rich in history and a worthwhile stop for anyone eager to explore Singapore. With Phase Two (Heightened Alert) kicking in, a trip to the outdoors with a friend or loved one could be a good way to hang out without breaching any safety measures.

Whether or not you plan to make the hike, Bukit Chandu will always serve as a memory for the soldiers who bravely lost their lives for their country. 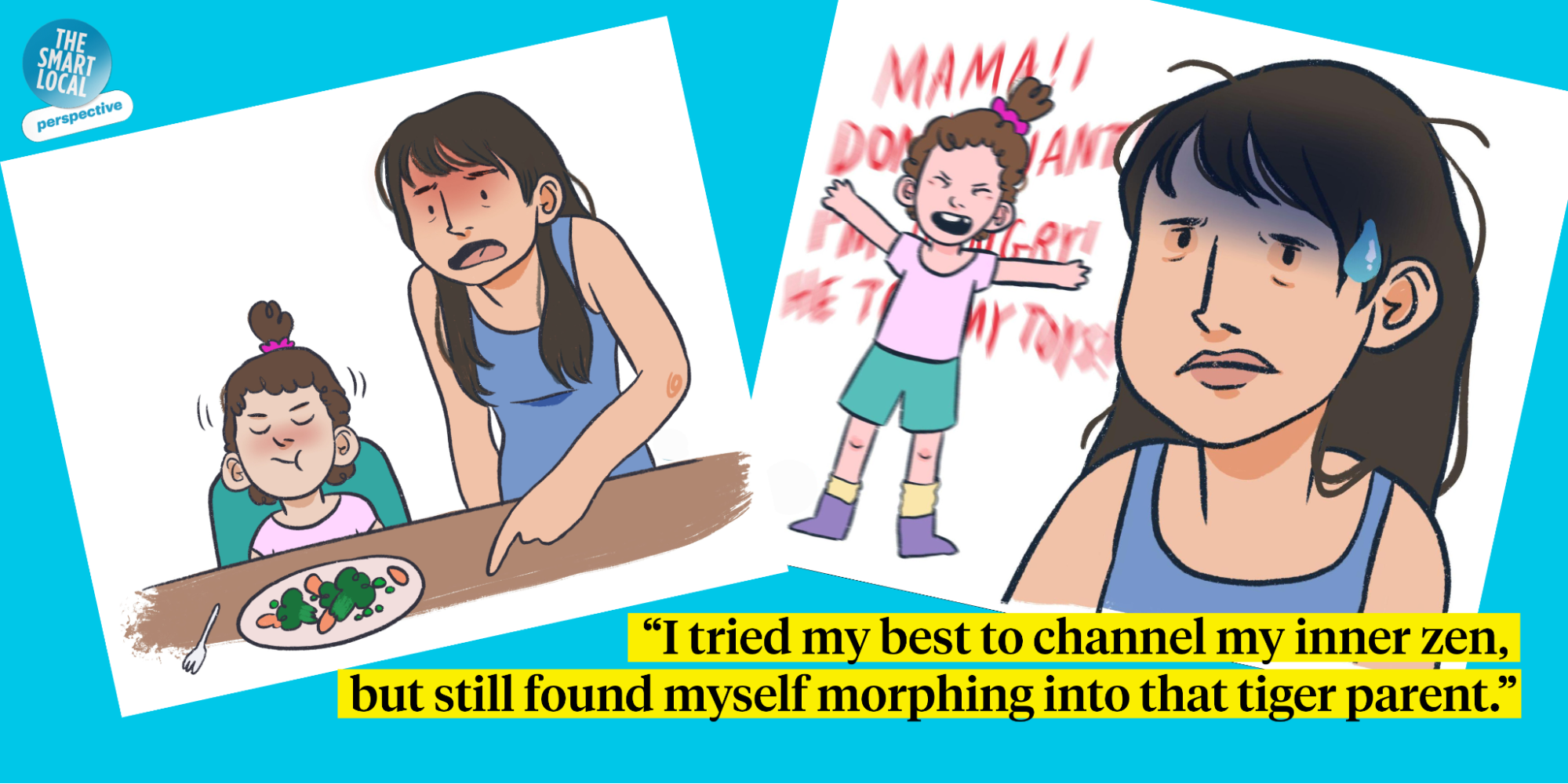 How My "Tiger Parents" Shaped The Way I Treated My Own Kids - And How I Broke The Cycle
I Moved Out To Live On My Own, And Here Is What I Learnt About... 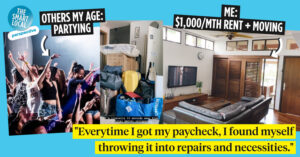