Whether you’re a die-hard history geek or simply are looking for a new hiking trail to explore, take a trip down to Fort Siloso, where you’ll get the novel experience of visiting an ex-WWII site in the process.

You can’t deny that hidden tunnels and abandoned structures are like magnets to Singaporeans either. From replicas of coastal guns used during battle and a treetop walkway for nature enthusiasts, here’s what you can check out here.

Check out our other hidden war structures and former military bases in Singapore:

Learn about the Battle of Singapore along educational trails

Heritage Trail – Audio trail about the Battle of Singapore in 1942 Fitspos and history buffs alike will be able to hike their way around the base and dive deeper into Fort Siloso’s history along the dedicated trails situated at Fort Siloso. The Heritage Trail features several significant landmarks, with the route beginning at the Battery Command Post which offers visitors a close-up look at the gun displays used during the Battle of Singapore in 1942. The trail will then take you to Fort Siloso Square which was once the main parade square. Along the trail, you’ll also get the chance to visit the WWII exhibition at the casemates – a chamber where gunfire practice occurred. For a really immersive experience, Surrender Chambers is where you’ll get to listen to realistic audio and watch visual tracks that depict the moments the Japanese invaded Singapore up till they surrendered. The museum has wax figures that reenact the Japanese and British surrender as well
Image credit: @cheowps

Gun Trail – Guns and cannons used during the war 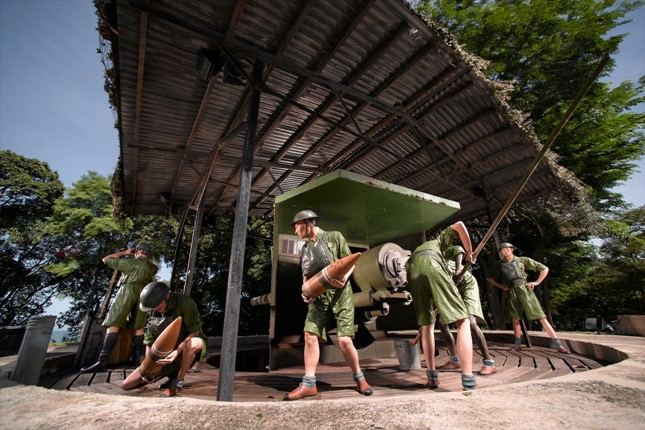 Owning a gun is close to forbidden in our little red dot, but military enthusiasts who haven’t seen one up close will be able to look at various guns and cannons displayed within and outside the fort along the Gun Trail. Keep your eyes peeled for the famous 12-pound gun located right next to the lookout tower
Image credit: @natali.hastings, @firdaussharilphotography

The trail takes you around important landmarks such as the Barracks and the Guard’s Bungalow, featuring a replica of gun batteries used during the war such as the Japanese Coastal Defense guns. Though there are plenty of routes that’ll lead you to Fort Siloso, adventurous folks who want to kickstart their historical journey from the get-go will be able to catch scenic views of the area from the Skywalk. If you don’t plan on sweating bullets with the staggering amount of stairs, you can opt to take the bubble lift which is located just a few feet away from the cable car station. 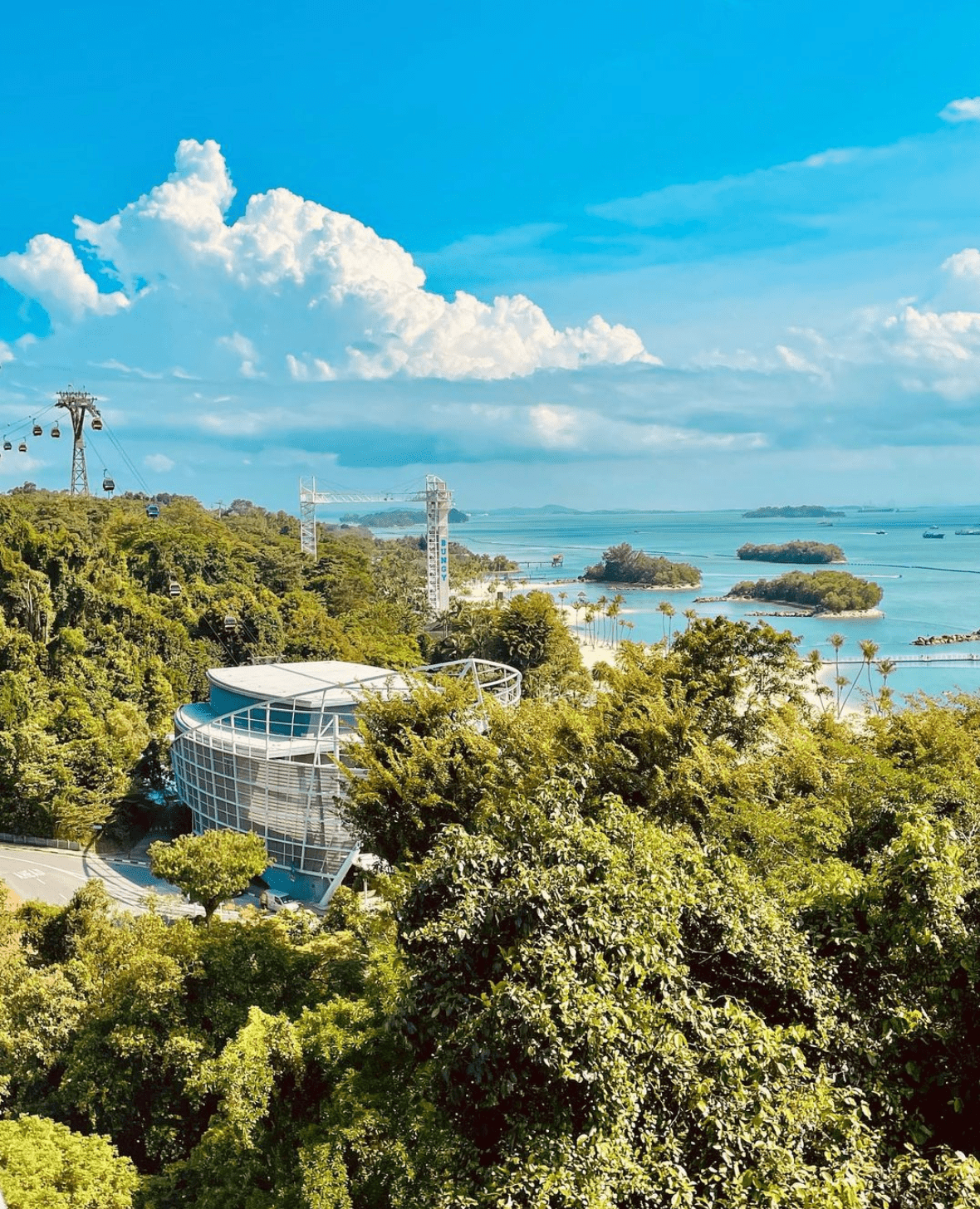 Besides taking you up swiftly, this little lift has glass panels that offer you stellar views of the beach and harbour at various angles. While the entire walkway will only take you approximately five minutes to cover, you’ll still be able to load up on some quick history facts about locations like Labrador Park and Keppel Bay. There are also guided tours available if you’re looking to learn more about the area.

From hidden bunkers to abandoned structures, the remains of WWII can still be found around Singapore. For another history excursion into the events and impact of WWII, be sure to check out Fort Siloso where you’ll get to revisit important landmarks and artefacts from our past. 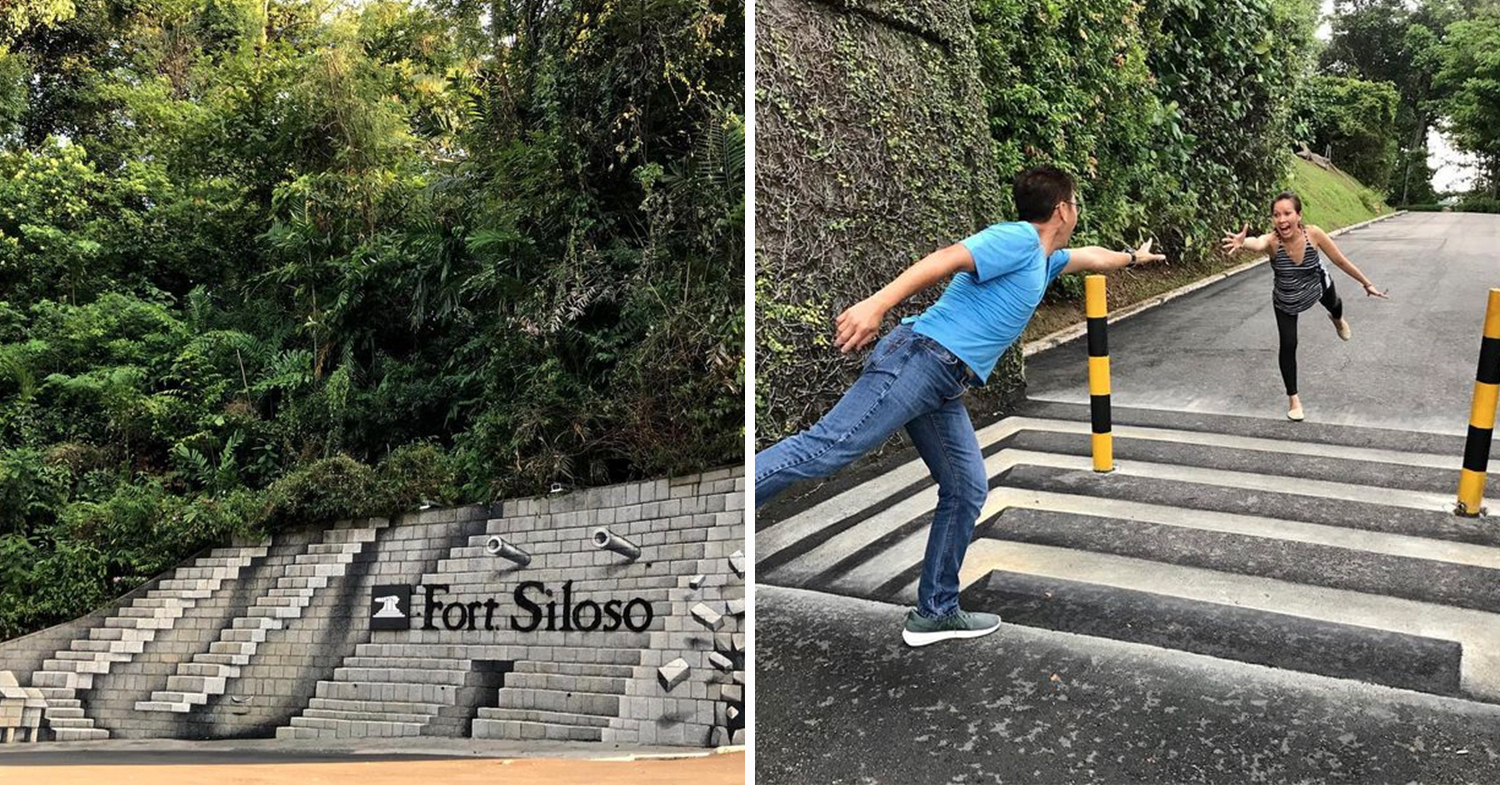 Artsy folks who can’t shy away from a good photo op will also be happy to know that there is a myriad of optical illusion-style murals created by local artist Yip Yew Chong plastered on the walls, roads and rocks.

Getting there
By MRT: Alight at Harbourfront MRT and take the tram from Vivocity Station to Beach Station.
By bus: Take bus 123 and alight at Beach Station. Transfer to Sentosa Bus A, C or take the beach shuttle 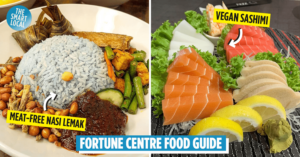