Living in a concrete jungle, most Singaporeans are surrounded by shopping malls and high-rise buildings. Green spaces like Labrador Park thus beckon nature lovers to take a break from urban life. Located just 15 minutes away from the MRT station of the same name, Labrador Park is an expansive nature reserve located at the southern tip of Singapore.

If you’re looking to switch up the views, head down and lose yourself in a variety of landscapes, from mangroves and gardens to coastal boardwalks.

For more ways to reconnect with nature, check out:

Labrador Park, which is also known as Labrador Nature Reserve, consists of many different terrains besides the familiar lush greenery that’s typical of most parks in Singapore. What sets this place apart in particular is its mangrove and coastal trails. Starting from Berlayer Creek Boardwalk, the trail is flanked by dense mangrove trees and mudflats on both sides. During low tide, there is the even opportunity to spot the rare Giant Mudskipper, one of the largest mudskippers in the world. The Giant Mudskipper is native to Singapore
Image credit: @sg_fantasticbeasts

Once you’ve made it to the end of the boardwalk, turn left to find yourself at Bukit Chermin Boardwalk. In stark contrast to Berlayer Creek’s mangroves, the boardwalk has a breathtaking view of the sea. You can even spot Sentosa off in the distance on a clear day. 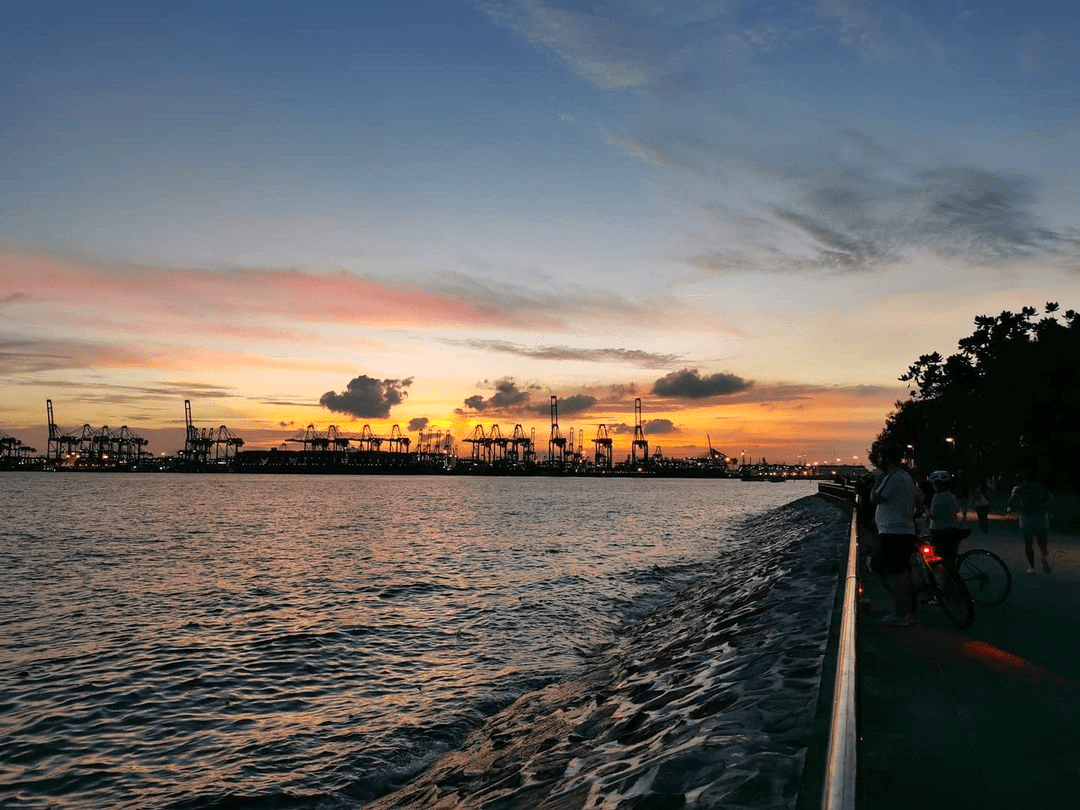 Catch a glimpse of the sunset when you visit the park in the evening
Image credit: @sean5821

Head back towards the end of Berlayer Creek and turn towards Labrador Nature Reserve. As one of our four main nature reserves, it is unique for boasting Singapore’s only coastal rocky shore.

If you have little ones with you, the park has two playgrounds for them to run around in and entertain themselves. The playgrounds are built right on the sandy beaches, meaning you won’t have to worry about your kids getting hurt if they fall. 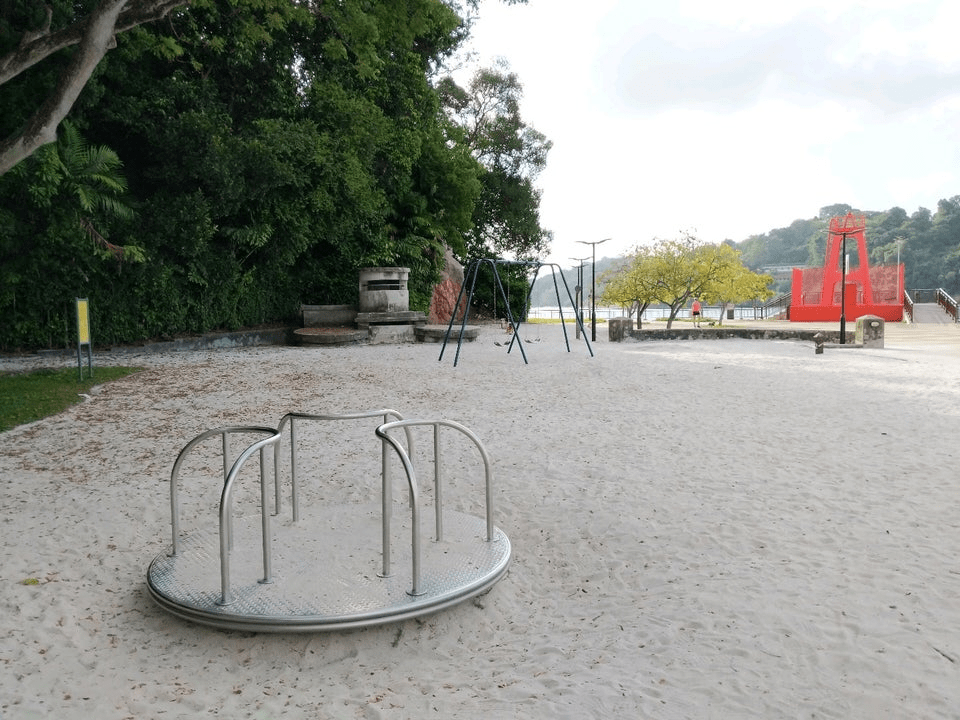 The merry-go-round is no longer a staple in most playgrounds, but it can still be found in Labrador Park.
Image credit: foursquare 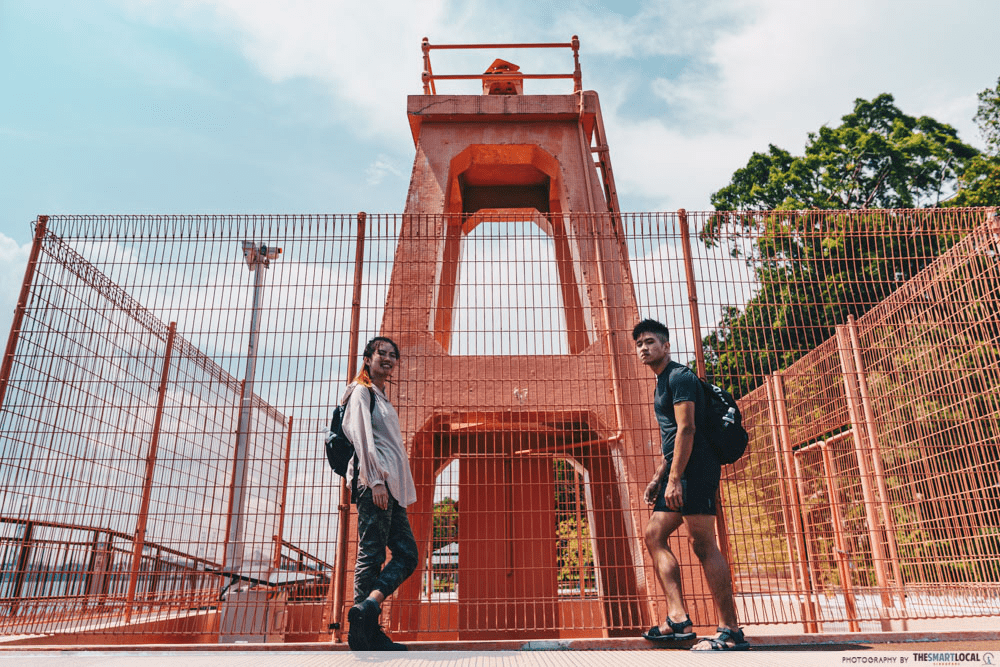 As you continue down the trail, it won’t be long before you come across a structure that resembles a lifeguard tower. This is the Red Beacon (or the Berlayer Point Lighthouse) – a navigational aid that sailors in the past used when sailing in from Keppel Harbor. This replica of Dragon’s Teeth Gate served as the gateway to Keppel Harbor in the past, where the area around it was rumored to be a pirate’s hideout.

It may surprise you to hear that Labrador Park is also home to many abandoned WWII relics, many of which are accessible to the public.

The smaller of the park’s two playgrounds is built right next to a machine gun pillbox. Back during the British Rule, soldiers would man the post in order to prevent enemy troops from entering Singapore via the harbor. 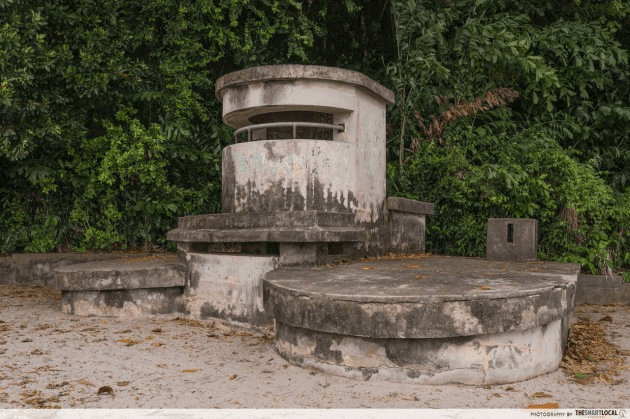 This was part of Fort Pasir Panjang, an old British Fort located at the top of Labrador Park.

Back at the entrance of Labrador Nature Reserve is a main trail that leads up the hill that was once part of a key British military fort. Today, you can still interact with the monuments and read up on their history from the helpful information boards located nearby.

What stands out the most is the replica of the six-inch gun batteries used by the British troops. This is complete with statues of soldiers loading up the ammunition, simulating what they would’ve done to fire the gun during wartimes. The guns helped to fend off enemy troops during the Battle at Pasir Panjang in February 1942
Image credit: @aussie_boymum_in_singapore Finally, if you venture further up the hill, you will find the entrance to a set of tunnels that have been sealed off to the public. Rumour has it that these tunnels were used by the British as a way to travel to Fort Siloso – that’s all the way in Sentosa – although it was never confirmed as the tunnel’s interior had collapsed, leaving no way to explore. With the convenience of the paved walkways and boardwalks, fitness enthusiasts can choose to either jog or cycle here depending on their fancy. Aside from brushing up on local history, Labrador Park also allows easy access to a variety of landscapes such as mangroves and coastlines. This makes this an immersive experience with lots of different sights to soak up.

How to get there: Alight at Labrador Park MRT station and simply follow the signs. You can also reach Labrador Park via Berlayer Creek Boardwalk or through Labrador Villa Road. Both paths will take you to opposite ends of the park. 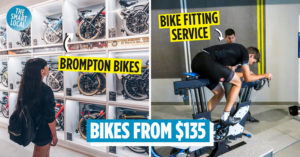 10 Bicycle Shops In Singapore Where You Can Get Or Rent Your Next Government-Approved Ride
Gardens By The Bay’s Sakura Display Has Returned, This Time With A Cute Tokidoki Theme