We spend an incredible amount of time on the MRT every day but it’s surprising how many little details we tend to miss – like the hidden toilet within the fare area at Bugis MRT station.

But beyond modern-day mysteries, digging into history will reveal even more hidden secrets such as stations-within-stations and money-carrying trains. Here are some facts about Singapore’s island wide rail network that most of us probably haven’t heard of.

1. There are “missing stations” on the MRT map 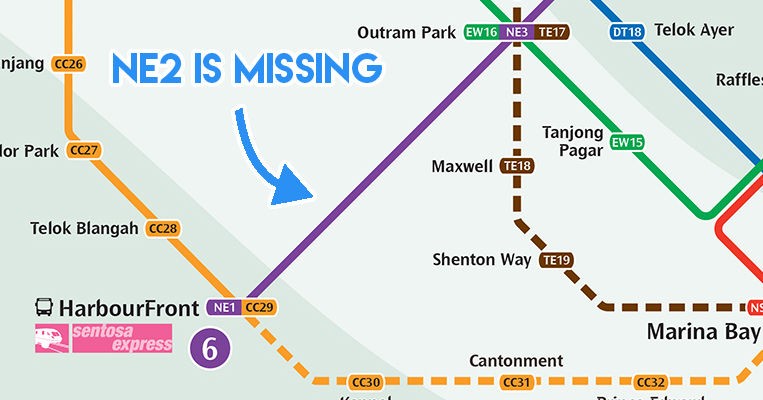 When I’m unlucky enough to have to wait five minutes for a train, I find myself studying the station map, only to make an earth-shattering discovery: there is no NE2.

This is no typo – some lines have “missing stations” because the ID numbers are reserved for future stations. Take the previously missing NE11 on the North-East line, savvy commuters would’ve predicted it’d become the Woodleigh MRT station which opened in 2011.

If you like a peek into a crystal ball, other “missing stations” are Canberra (NS12), Bukit Brown (CC18), and the unofficially named Kampung Bahru (NS2) and Sungei Kadut (NS6).

2. “Phantom stations” are hidden within Changi Airport and Punggol 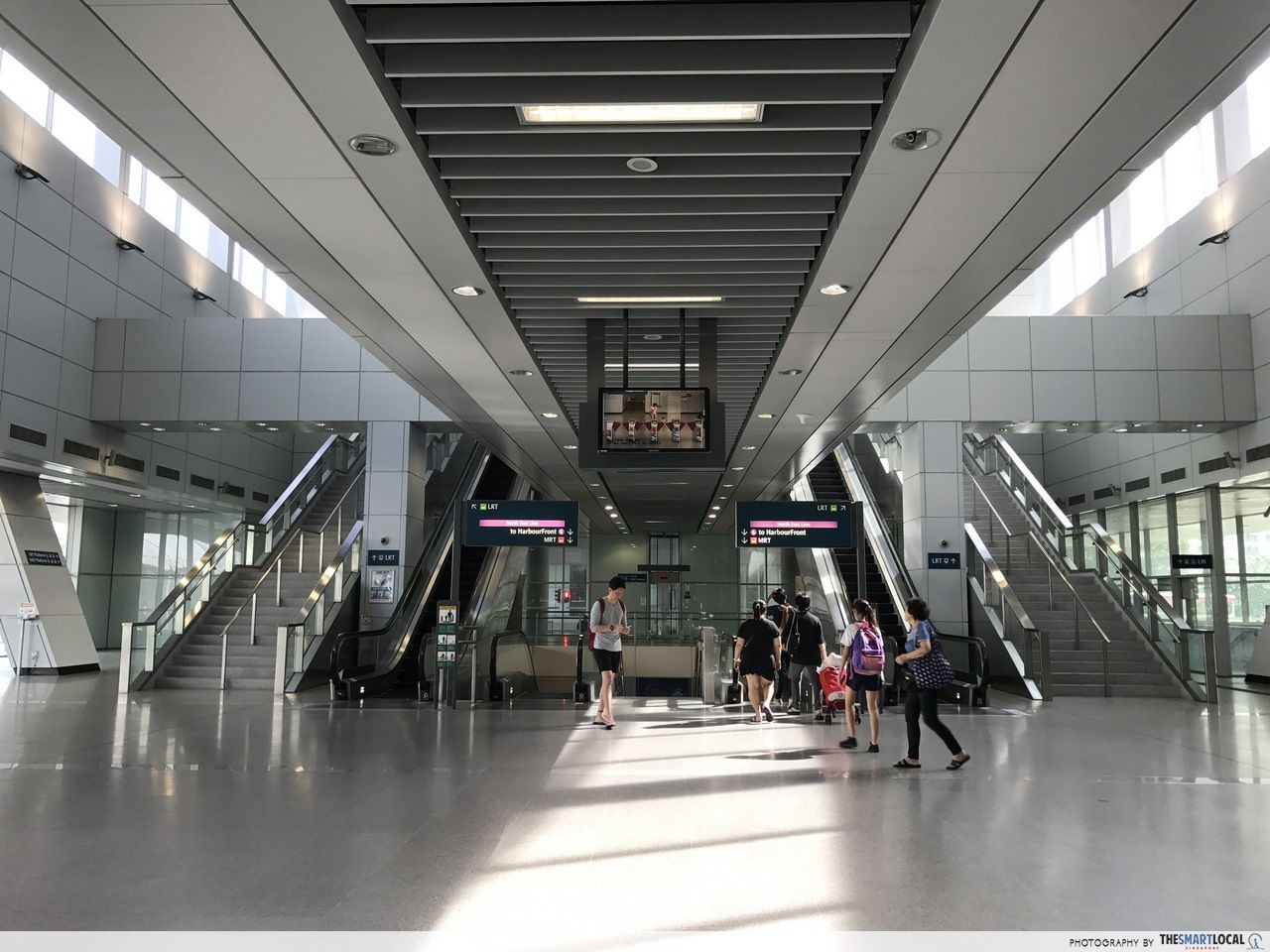 I’ve always wondered why the escalator at Punggol MRT goes down so deep, despite there being just one line at the station. Look around on your extra-long ride – you’re actually surrounded by a restricted basement level that’s a sealed up “phantom station”.

These empty stations are not horror story fodder, but rather, a clever hack that allows stops for future lines to be set up quickly.

Besides Punggol, there’s also one in Changi Airport MRT station and a partitioned-off area in Ang Mo Kio MRT Station. The latter’s rumoured to transform into a MRT interchange in future.

3. Dover MRT was built around an existing track 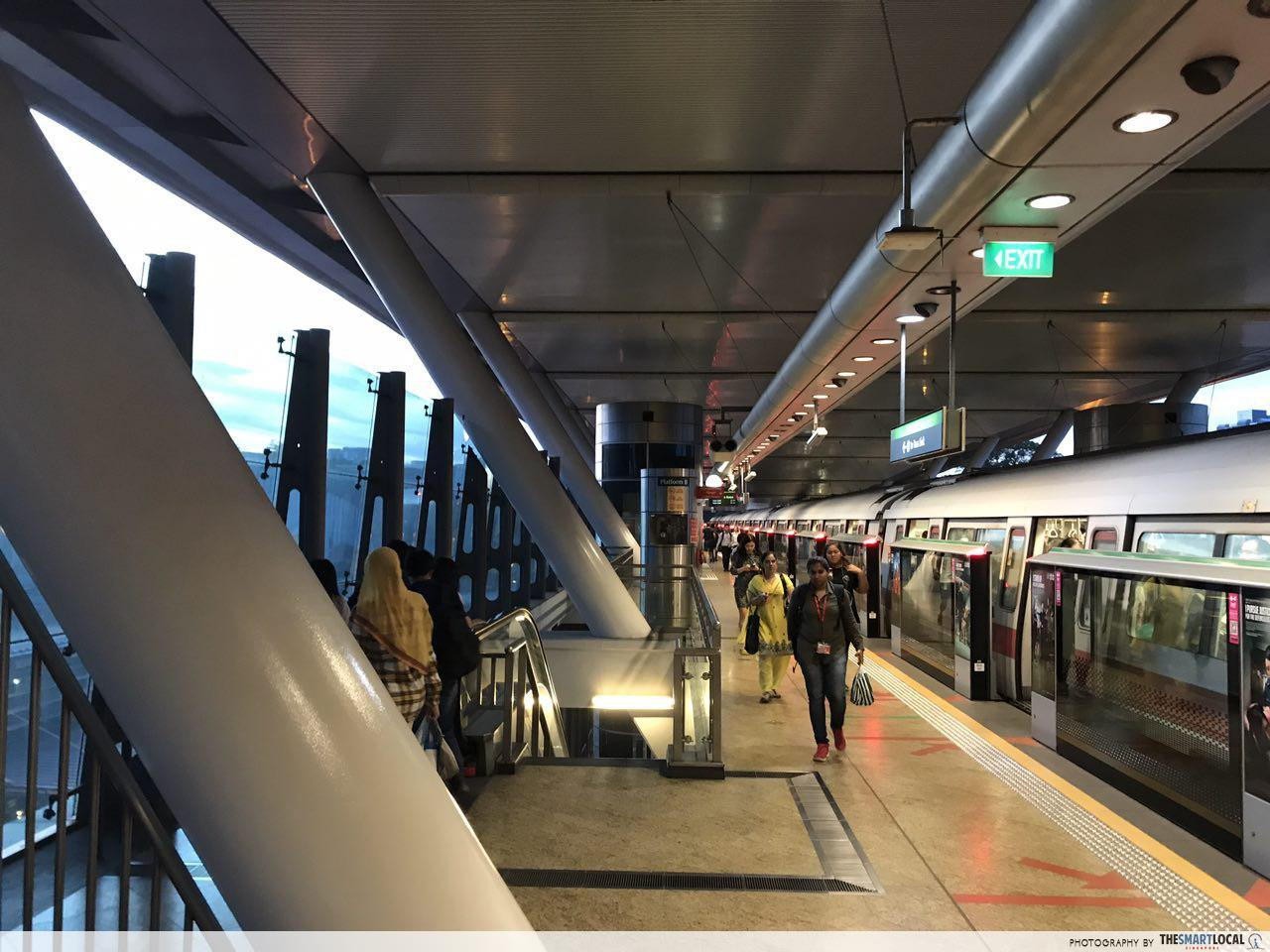 Before Dover MRT Station’s opening, Singapore Polytechnic students had no choice but to take crowded buses from Clementi or Buona Vista to get to school. Thankfully, in 2001, the government decided it would open a whole new station for the students.

But the thing is, there was already an existing track in the area. So the new station was built literally round the track. As some SP kids recall, they caught glimpses of trains passing by during the station construction.

Too bad for graduating students – they could only imagine how convenient their trip to school would have been. Sorry guys!

4. In the past, a 4-carriage “money train” carried fares in cash 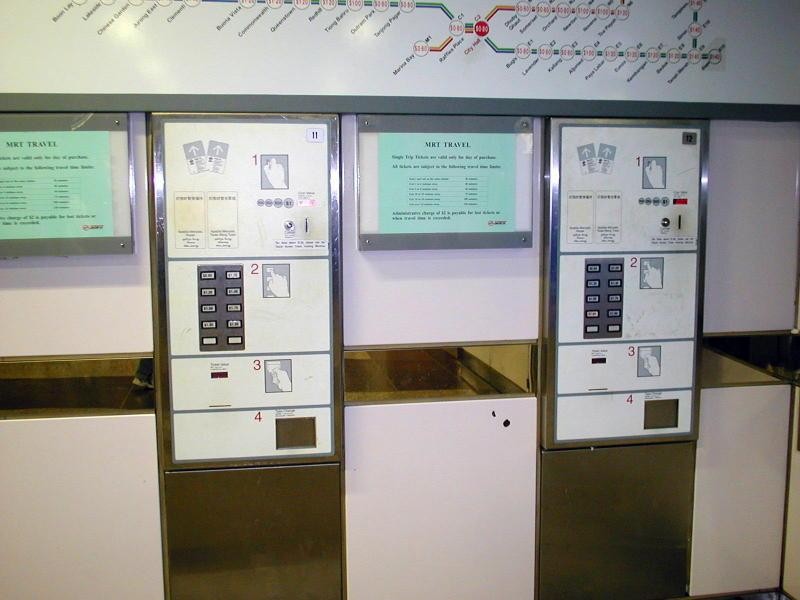 Before stored value cards, station staff carried around large amounts of cash from the ticket machines.

To transport the money, a specially-designed, four-carriage money train would pop by each station in the evening and offload the dough at a special facility at Bishan Depot. Sounds just like a Singaporean heist movie.

And although the money train was decommissioned in 2007, NSFs might meet this iconic piece of history just yet – the train is currently used by SAF for training simulations!

5. Our first MRT station is colored bright yellow for the illiterate 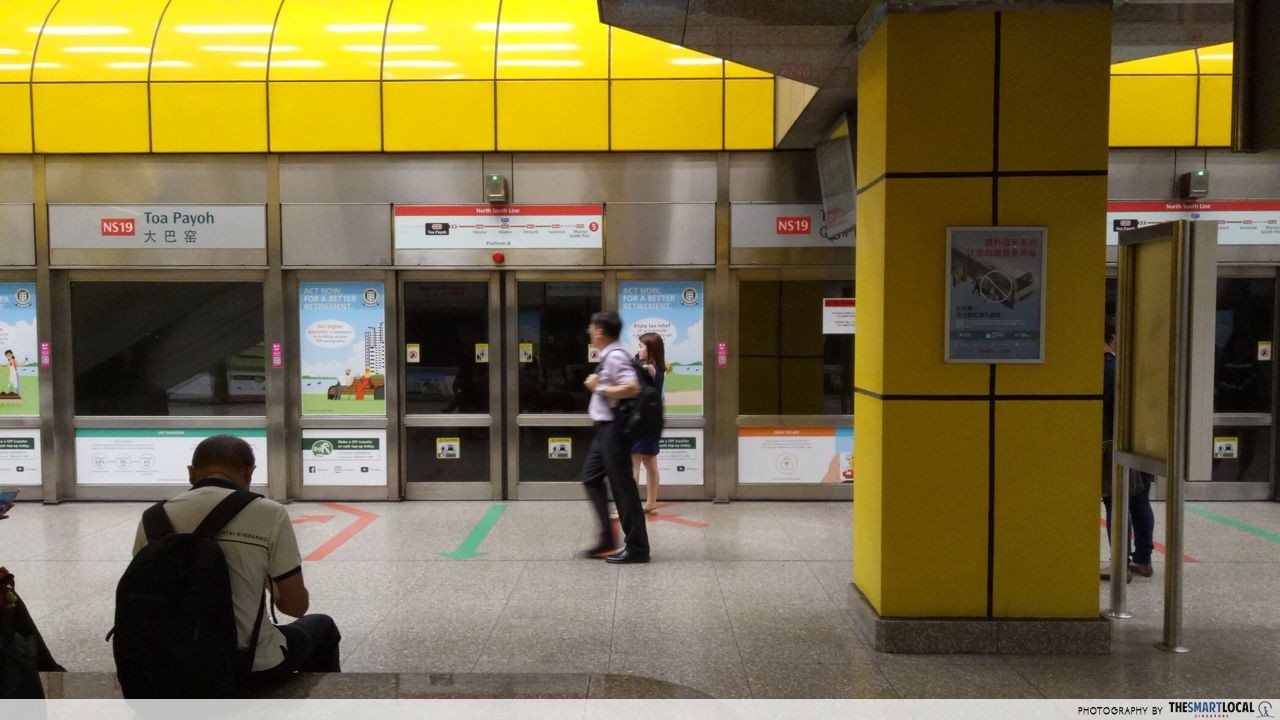 Toa Payoh MRT station was where it all started.

The station was part of Singapore’s first MRT section which was just six kilometres of track and five stations that linked Yio Chu Kang and Toa Payoh. Then, if you were going anywhere else, you’d have to take the bus!

The station was a groundbreaker in design too. It’s cheery yellow interior is more than just ‘bout aesthetics, but rumoured to have been chosen to make it easily recognisable by the illiterate.

6. The notorious chewing gum ban is linked to MRT vandals 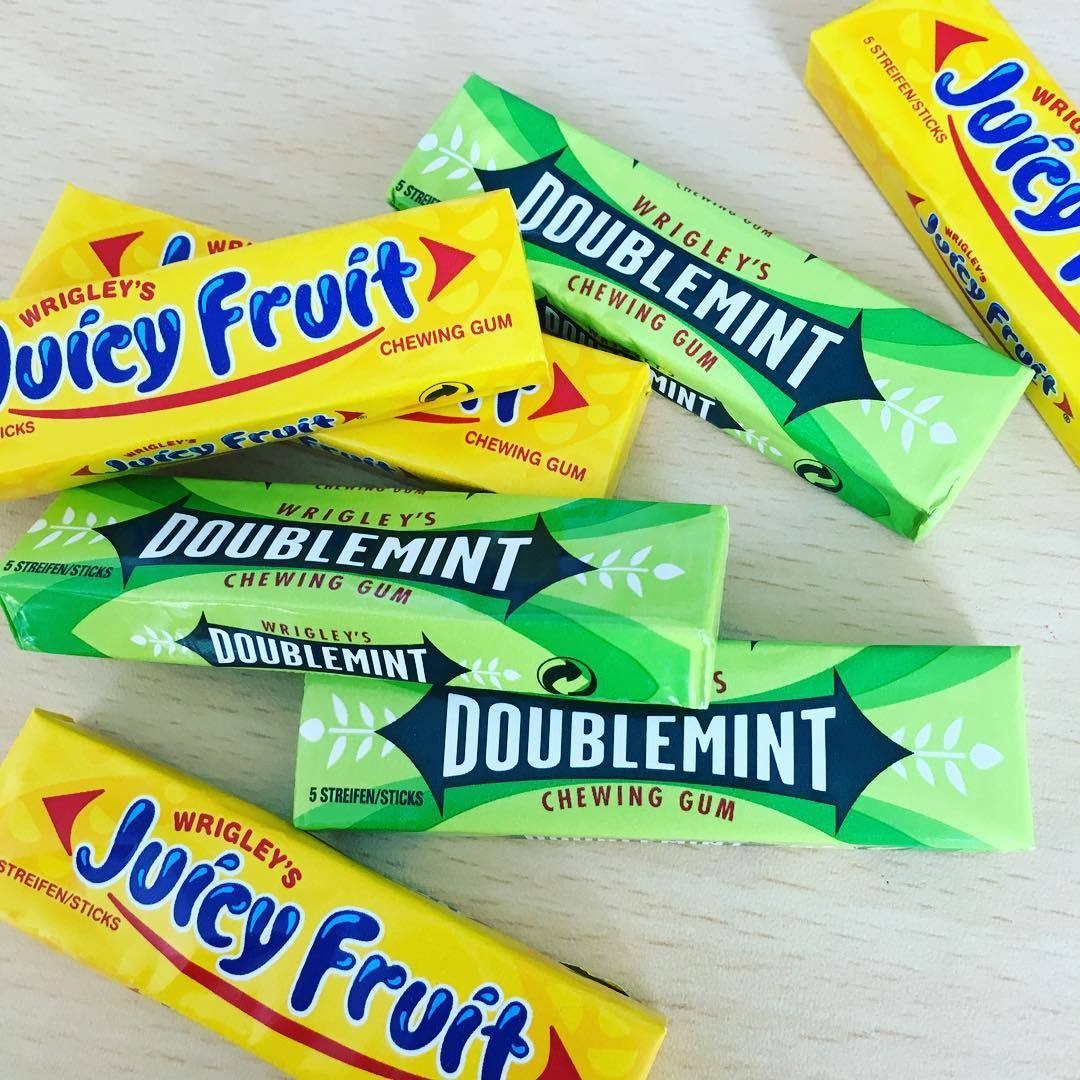 As a huge fan of chewing gum, I’ve always wondered exactly why the government decided to ban the minty treat. I couldn’t imagine the chewing gum problem being that bad.

Turns out, the ban is linked to the early days of the MRT. Vandals would stick gum onto the MRT’s door sensors causing train disruptions. This is why we can’t have nice things.

7. Here’s the man to thank for our MRTs today 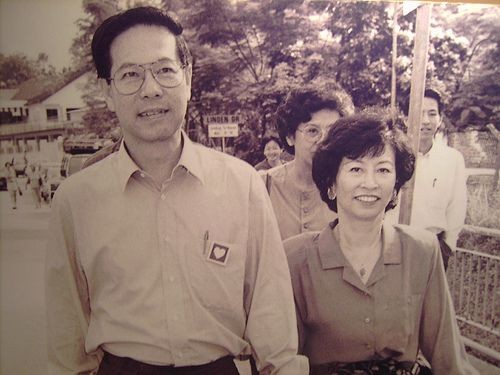 After the expensive construction of Changi Airport, The Cabinet needed some persuasion to get started on the 5 billion dollar MRT project in the 80s.

Then-Minister for Communications Ong Teng Cheong, who most people remember as “the People’s President”, was a firm supporter of the project and made his case to The Cabinet.

This was his touching declaration after the MRT was built: “This is like a 20-years love affair, from conception to delivery. Now the baby is born. Well, to say that I am happy and pleased is an understatement.”

8. And here’s the woman behind the “doors closing” announcement

We’ve all been there – rushing to make it through the doors only to narrowly miss being sliced in half thanks to the “doors closing” announcement.

Here’s who you can thank for the warning –  the late Juanita Melson who was a much beloved figure in Singapore’s radio scene. Now you can put a face to the iconic voice announcements that gently remind you that eating and drinking are not allowed on the trains and platforms.

9. Singapore’s own Disneyland is the reason for long gap between Yio Chu Kang and Khatib

If you haven’t already heard of this is might just break your heart – Singapore could have been home to Southeast Asia’s first Disneyland! The theme park was to be located between Yio Chu Kang and Khatib stations and serviced by a new station.

Unfortunately, the plans fell through and neither Disneyland or the proposed station was built. But hey, at least we get to enjoy the five minutes of lush greenery between those stations.

10. Your stored value cards used to look like this 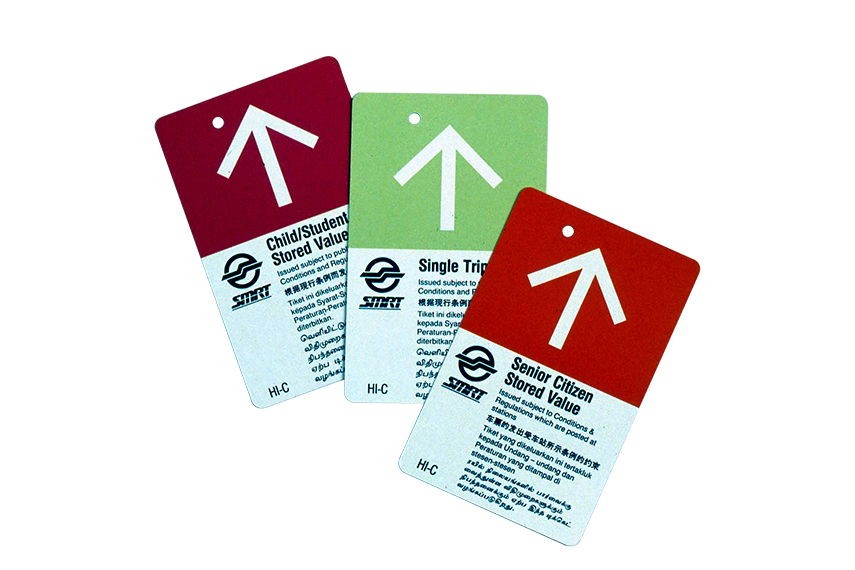 One thing we take for granted is the convenience of tapping our transit cards and whizzing through the gantries. But before the touch-and-go system, commuters had to insert a card with a magnetic stripe into a machine and retrieve it after passing through. Such a waste of precious seconds!

After being part of our lives for so many years, it’s hard to imagine a Singapore without public transport – especially the MRT which has been around for more than a solid 30 years. It’s a national pastime to complain, but the public transport system that serves our Little Red Dot is actually deserving of a lot more praise than it gets. Kudos to our unsung heroes behind the scenes toiling away to make our journeys that much smoother!

Adelaide’s 5D4N Foodie Trip Is Tailored For Workaholics With No Time To Plan Vacations
PSA: 10 Best Lobangs In Singapore In October 2017 COMPILED