Gamers everywhere will understand the struggle of scrimping and saving at each corner thanks to how expensive electronics and other peripherals can be. But scoring great deals is now made easier with the launch of the Amazon Gaming Store.

From consoles like the Nintendo Switch to gaming accessories from renowned brands Logitech and Razer, check out these five gaming products that are cheaper on the Amazon Gaming Store than the usual shopping haunts at Sim Lim Square. 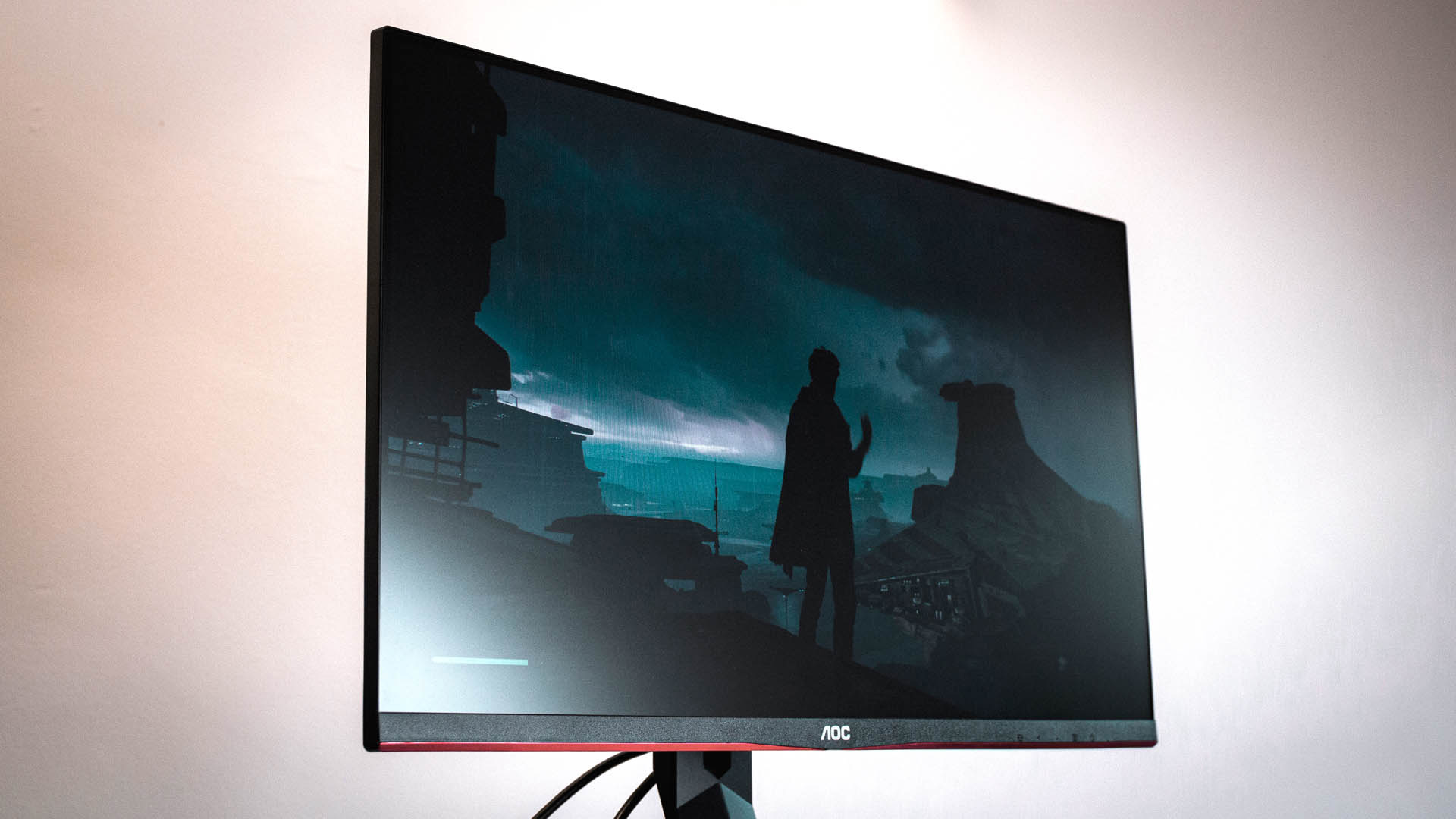 Gamers who live and breathe first-person shooters need a monitor like the AOC 27G2. The gaming monitor has a 144hz refresh rate so you can see all details for a smoother, lag-free gaming experience. You’ll never be able to go back to a standard monitor after this.

The 27” screen and super-thin bezels also make it suitable for binge-watching all the Disney Plus shows when you need a break from clicking heads. An adjustable stand also lets you control the viewing height and tilt, and you can also remove it if you intend to mount it on another stand. 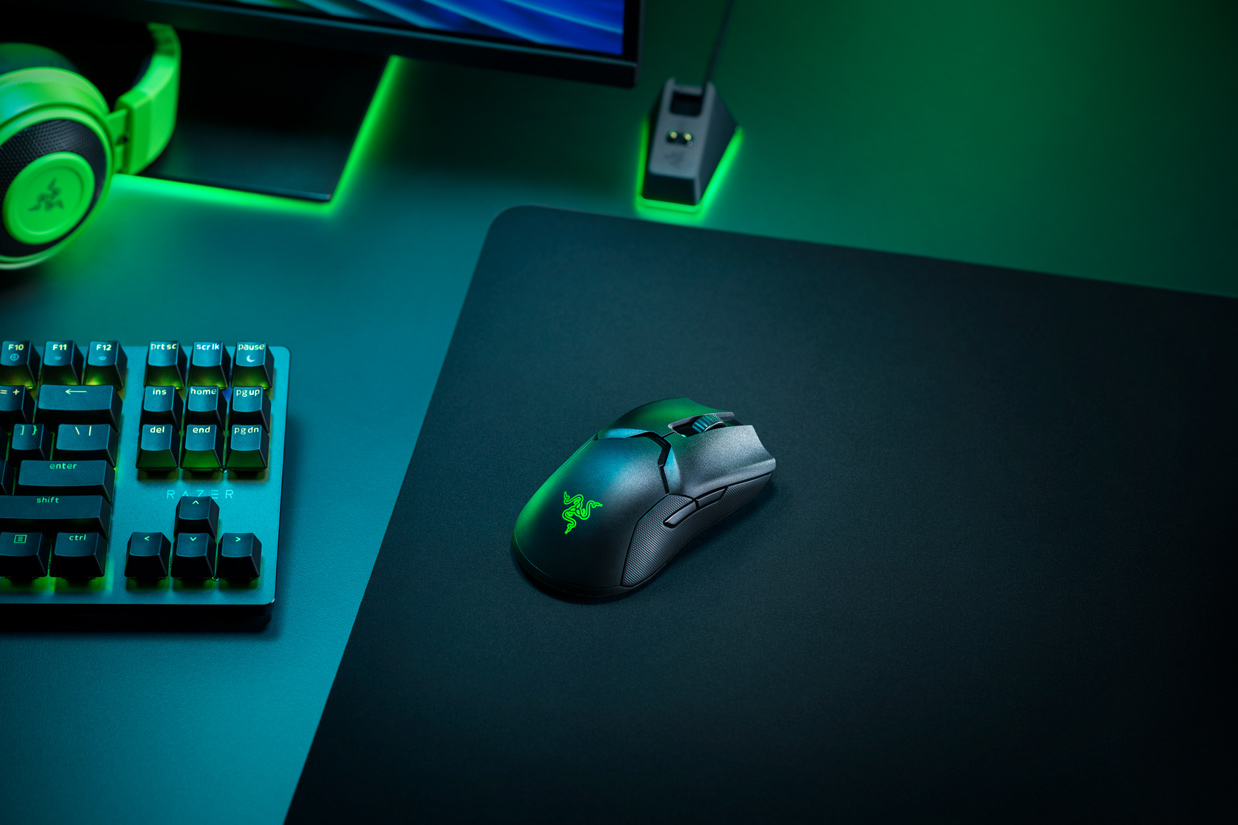 You can charge the wireless mouse with the dock after each gaming session
Image credit: Razer

Gone are the days of wired mice – wireless ones like the Razer Viper Ultimate have been getting a lot better with their response times so you don’t need to worry about lag. It uses Razer’s Hyperspeed Wireless technology for high-speed transmission that’s 25% faster than the average wireless mouse.

The Viper Ultimate also boasts an ambidextrous and lightweight design at just 74 grams – their other regular-sized mouse models are at least 80 grams.

You also won’t need to keep purchasing disposable batteries with the charging dock. A single charge gives the mouse up to 70 hours of use, so you’ll only need to charge it once a week. 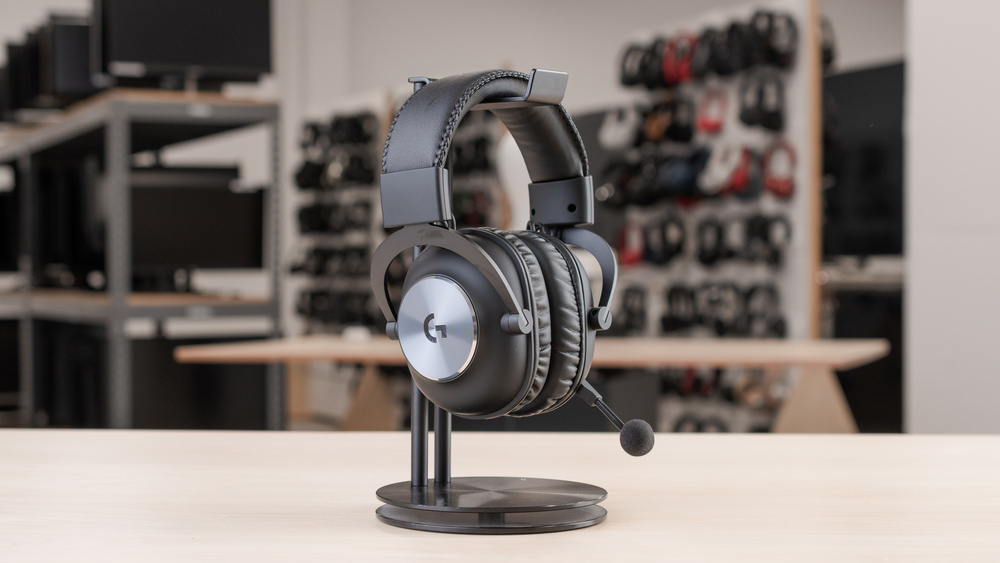 A good headset like the Logitech G Pro X will help with immersion when you’re fighting the final boss in games like God of War or Dark Souls. The comfortable memory foam cushion creates a noise-cancelling seal that blocks out all outside distractions which is also useful for when you’re deep into a mind-bending movie.

The headset also uses Logitech’s G Hub software so you can control everything from the equaliser to the microphone voice filters. Plus, the microphone can also be detached for those who regularly eat at their desks – you don’t want to feed your mic any cai png after all.

If you’re getting the headphones at Sim Lim Square, you’ll probably have to fork out at least $204, while it’s only $178 on the Amazon Gaming Store, saving you some money that you can spend on another game instead.

4. Nintendo Switch games – 15% off with each console purchase 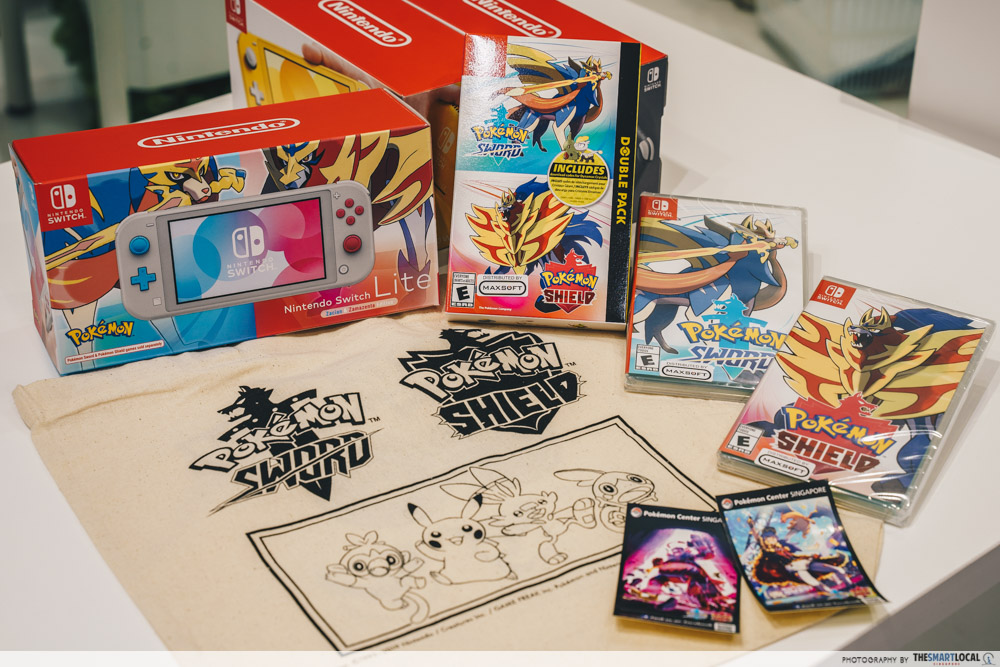 The great thing about console gaming is that you just need to plug it into your TVs – no need for anything like software drivers and hardware compatibility issues. It’s also probably why the Nintendo Switch is so popular as it even has a built-in screen.

Not only does Amazon’s Gaming Store have the special Animal Crossing and Mario Kart-themed Switch editions, you’ll also get 15% off games like Animal Crossing, RingFit Adventure, and Pokemon Shield with each purchase of a new console. 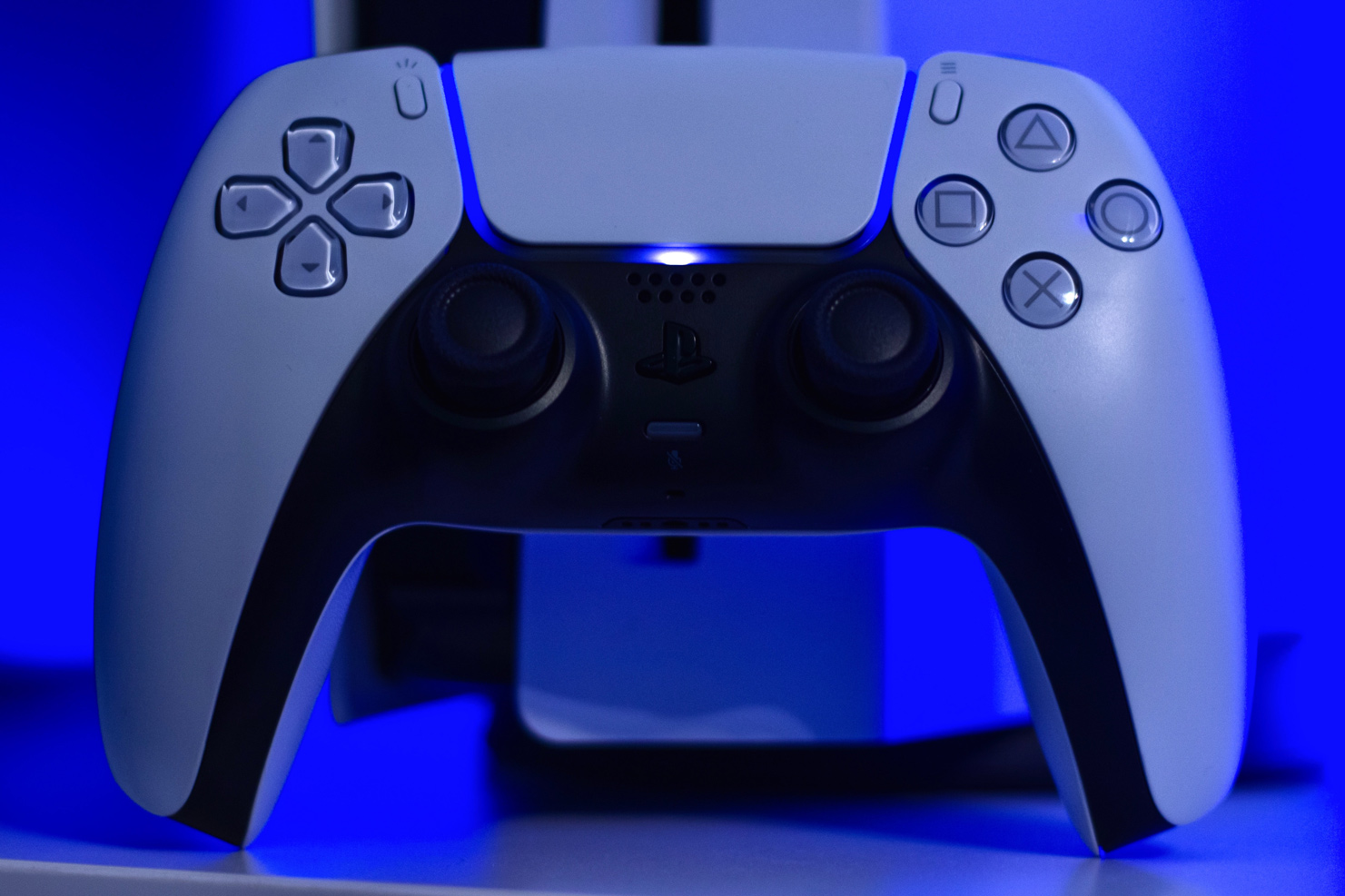 Each PlayStation 5 set only comes with one DualSense controller, which can make it awkward when you invite your friends over for a gaming session and only one person can play at a time. If you’re looking to get more controllers so everyone can participate, you can get one for slightly cheaper on Amazon’s Gaming Store.

You can also expand your collection of games without breaking the bank as Amazon is running a promotion where you get 15% off select games when you buy two of them or more. So if you’ve been itching to try out Uncharted 4 or The Last Of Us, this is the perfect opportunity to do so.

Check out all the available PlayStation games here. 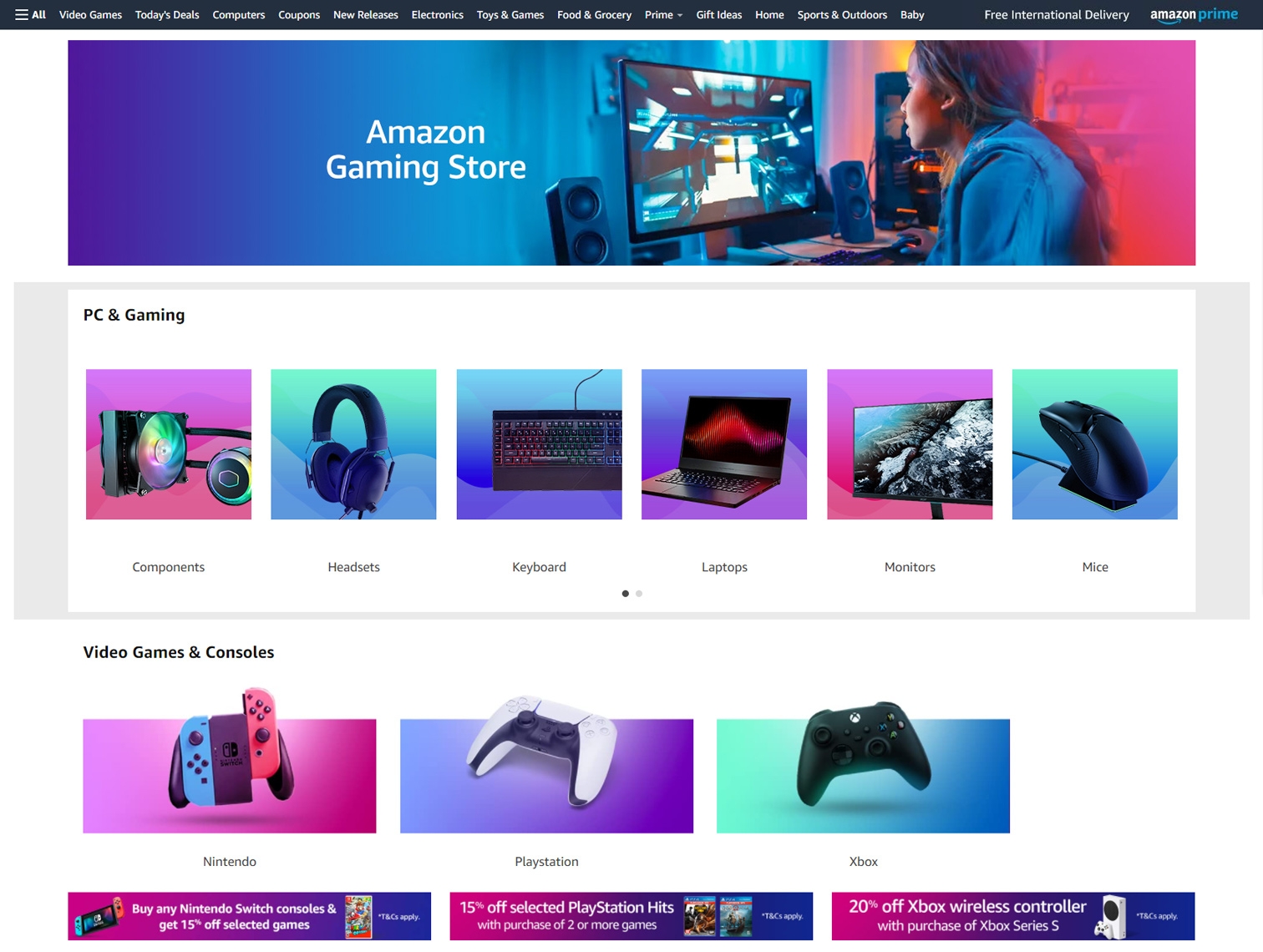 The new Amazon Gaming Store is the new one-stop-shop for all gamers who are constantly on the hunt for new accessories to upgrade their setup.

While its selection of products isn’t as varied as what Sim Lim Square offers, it still offers great deals and discounts that you don’t need to haggle and negotiate for. The free delivery for all Amazon Prime members also sweetens the deal, as this means you don’t even have to travel all the way to Rochor for a new gaming keyboard.

P.S. If you’re on Team Xbox, you can also enjoy a 20% discount on a white Xbox Wireless Controller when you get the Xbox Series S.

Check out what else Amazon has to offer: 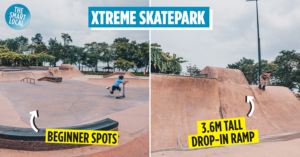 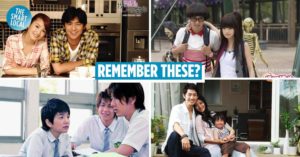