Thrills & Spills of Singapore’s Past 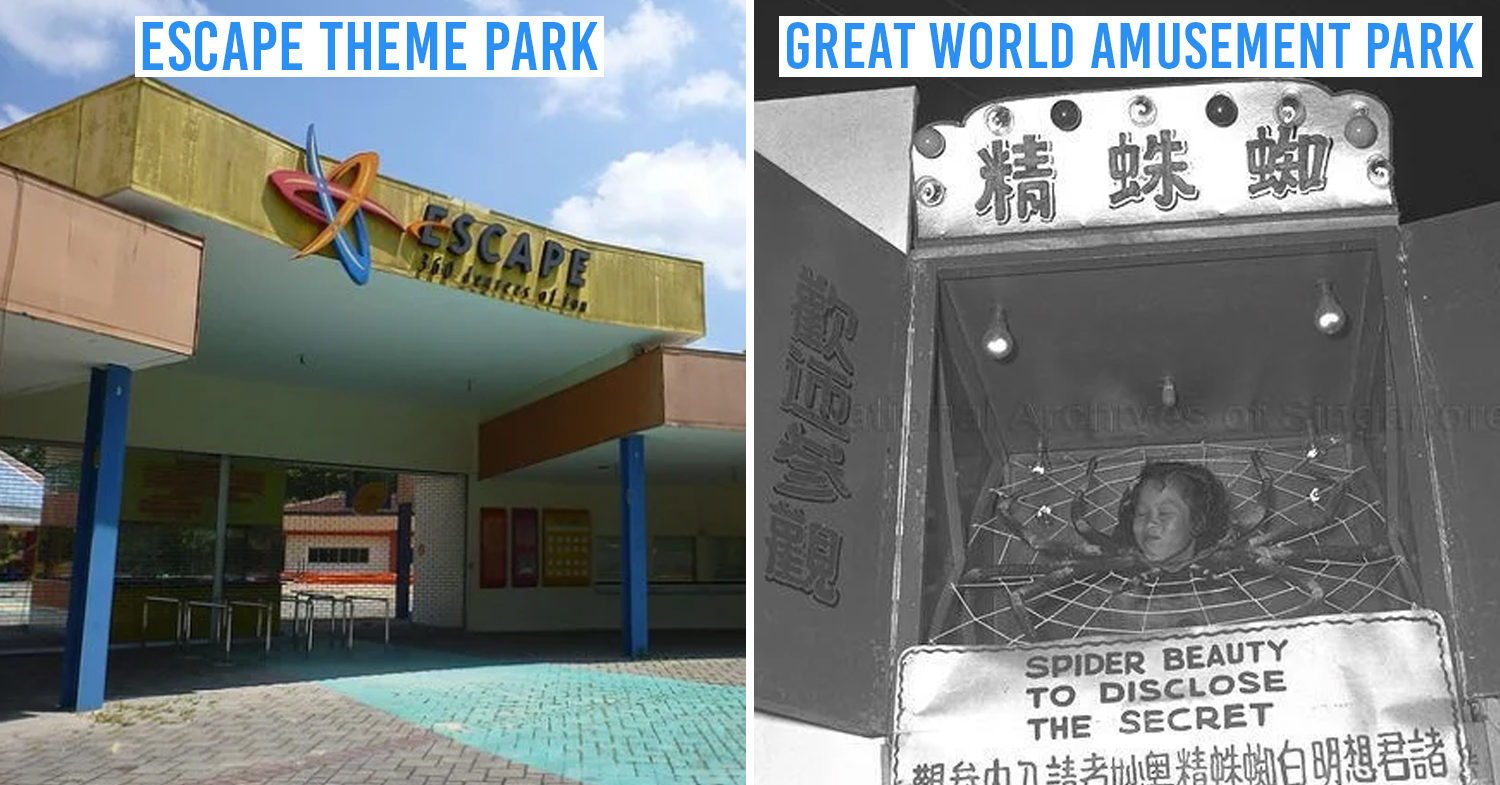 Contrary to what most of us believe, Singapore’s entertainment scene pre-USS may have been even bigger than it is today.

It was a time of vintage ferris wheels, travelling circuses, rickety rides, bustling food stalls, cabaret performances, and flashy night clubs where entertainment-seekers could dance the night away. Technology wasn’t needed to keep the locals entertained, and many found joy in the simple rides and games booths.

The theme parks we have today may be glitzier and grander, but we should never forget the amusement parks which defined Singapore’s entertainment scene before them. Here is a list of 10 forgotten amusement parks of Singapore’s past, each having added their own pop of colour to our country’s cultural history. 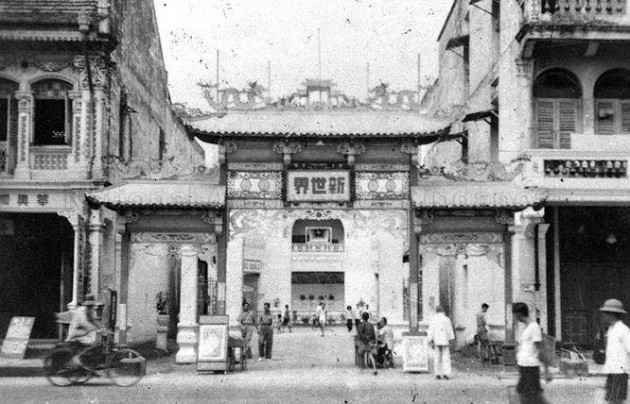 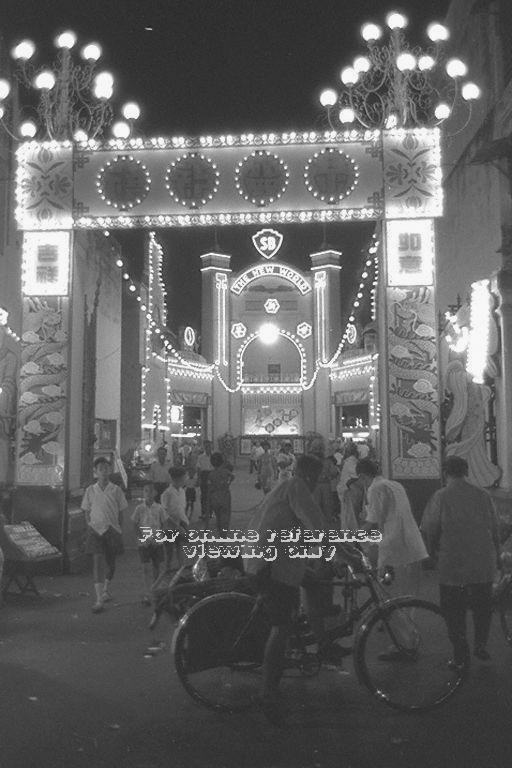 Opened in 1923 by a merchant, New World Amusement Park was the first of the three “Worlds” (including Great World and Gay World) in Singapore. The Shaw Brothers bought over New World in the 1930s.

The crowd was a colourful mix of people from all walks of life, making for a vibrant and boisterous scene. There was an abundance of food stalls, barber shops, night clubs, cinemas, and fairground rides, but the Malay opera and Chinese theatrical performance were what really made New World stand out. They fascinated even Charlie Chaplin when he visited Singapore!

The popularity of New World waned in the 1960s-70s due to competition from shopping centres, discos, and the arrival of the television. 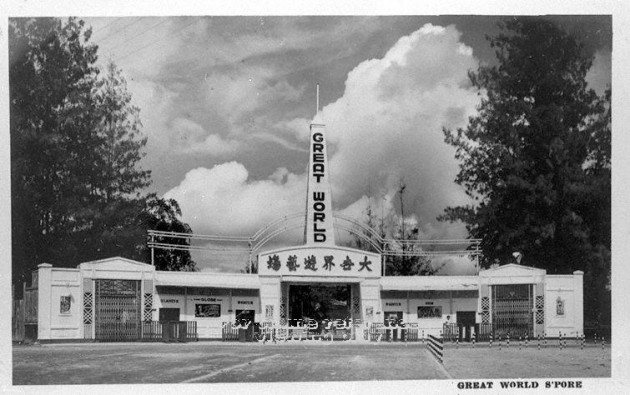 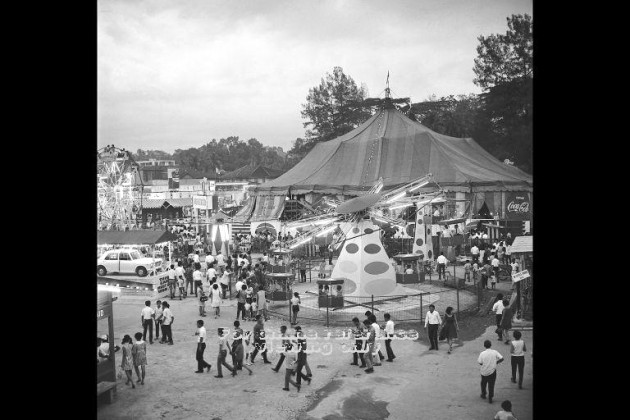 Great World Amusement Park is the most recognised among us millennials due to its popularity in local media, and in many of our parents’ fond memories.

The second of the three “Worlds”, Great World was affectionately known as Tua Seh Kai in Hokkien. The “Ghost Train” ride, Flamingo Night Club and Restaurant, travelling circuses and an abundance of stage and puppet shows drew huge crowds during the park’s heyday in the 1960s. American actress Elizabeth Taylor was even here for the grand re-opening in 1958!

With the arrival of the television and the increasing popularity of pasar malams in the 1960s, Great World faded into oblivion and eventually closed for good in 1979. 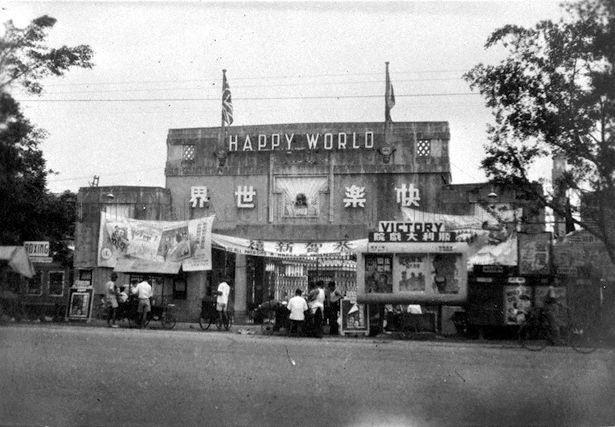 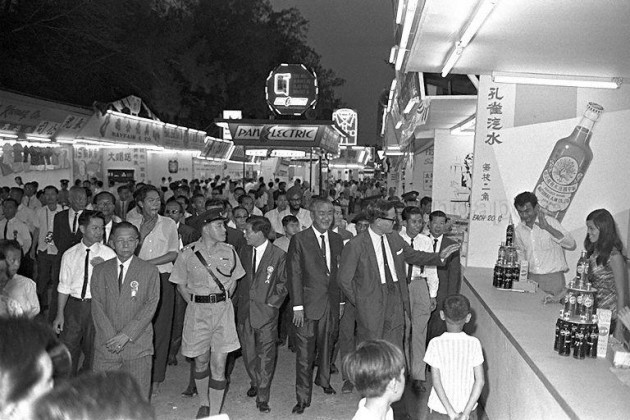 The third of Singapore’s three “Worlds”, Gay World was built by a Chinese businessman and served to entertained the pre-war and immediate post-war generations.

It was the first theme park in Malaya to sport a covered stadium which could hold up to 7,500 people! Anything from dolphin shows to sports events were held at the stadium, attracting throngs of locals.

Gay World suffered from multiple fires, and the park slowly lost its charm in the 1980s and 1990s. 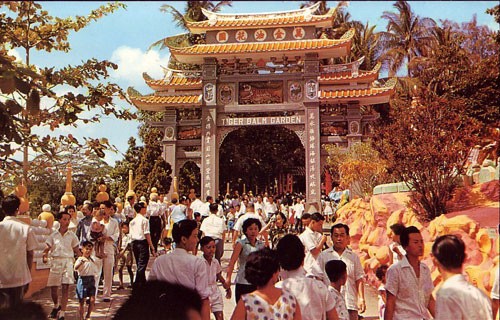 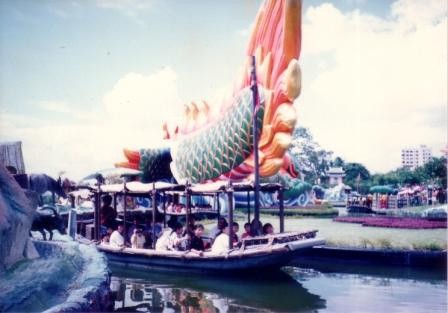 Haw Par Villa still stands today as the eerie place parents bring their naughty kids to when they misbehave. However, it’s nowhere near as “happening” as it was 40 years ago.

During its glory days, locals flocked to Haw Par Villa to scare themselves silly in the gruesome 10 Courts of Hell, visit the in-built zoo, watch opera performances, and enjoy themselves on the boat and flume rides.

Today, many of the attractions are gone and the number of visitors can be counted with my fingers. Admission is free, so if you’re searching for a quiet escape from the city or wish to get more in touch with Chinese culture, Haw Par Villa remains a wonderful place to visit. 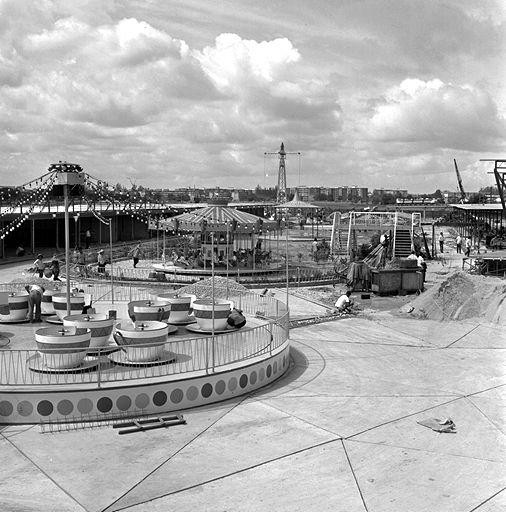 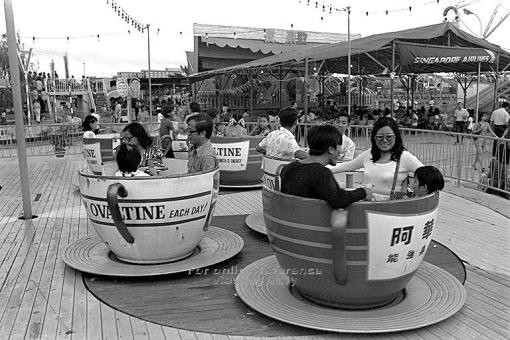 As the three “Worlds” faded deep into the shadows of Singapore’s entertainment scene, Wonderland Amusement Park emerged and found its way into the hearts of thrill-seekers and childlike revellers.

Locals found endless joy in the roller coaster, spinning ovaltine cups, kiddie trains, merry-go-round planes and ferris wheels. The park was also one of the first in Singapore to host special events like family days and corporate parties.

In 1988, the park closed for good to make way for a car park to serve the Kallang Indoor Stadium. 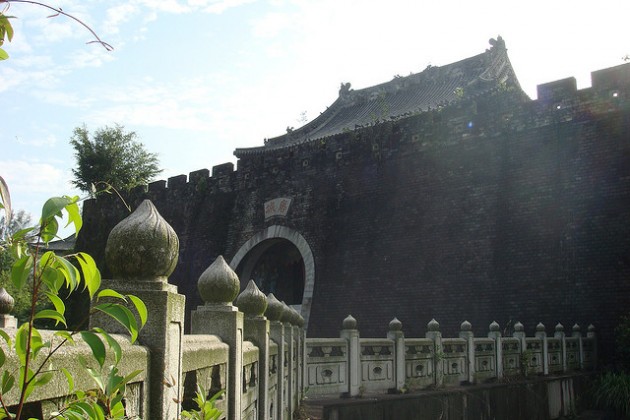 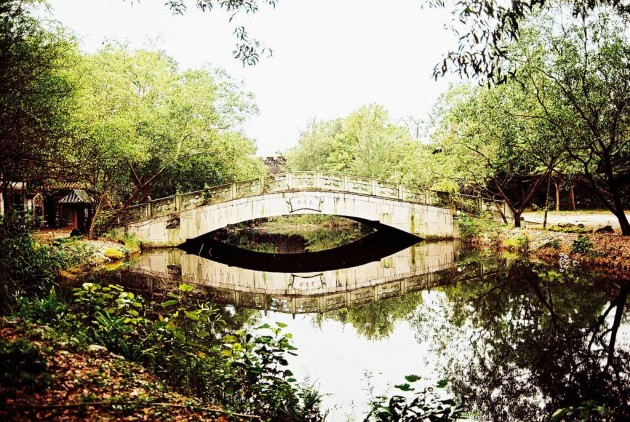 In the heart of Jurong there used to lie a replica of China’s Chang’An (present day Xi’An), during the Tang Dynasty.

Tang Dynasty City was the size of nearly 18 football fields. It boasted a life-size replica of the Great Wall of China, ancient village houses, oriental bridges and pagodas, grand temples, and even Terracotta warriors.

Eventually, high admission fees, mediocre attractions, and the Asian Financial Crisis of 1997 forced its closure in 1999. 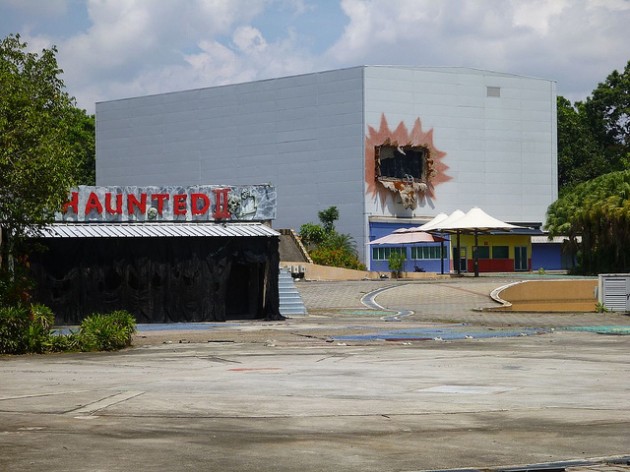 This theme park brings back so many memories for me. I was in primary school during its heyday, and I’ll always remember braving the haunted house with my friends, trying our luck at the game booths, and quenching our thirst for thrill on the pirate ship and log flume.

In 2005, two girls were badly hurt after being flung out of the “Alpha 8” Roller Coaster due to a faulty safety restraint.

The park’s popularity quickly waned before it closed in 2011. 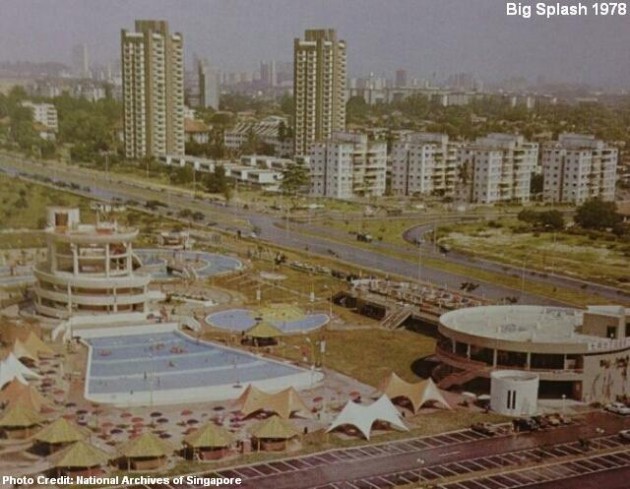 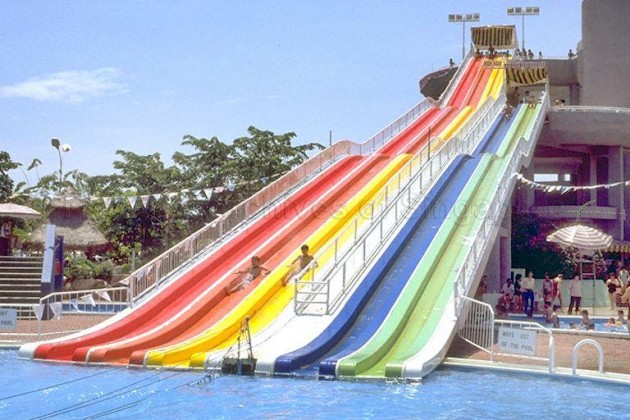 Big Splash was the hippest water theme park back in the 1980s, and it had a few reasons to be. It hosted an 85-metre slide, said to be the longest and highest in the world at that time, a large pool that could accommodate 1,380 people, an open air-theatre, a restaurant and food kiosks, and an arcade.

All pools were filled with seawater and had sand bases to give the impression of a beach.

In 2006, it closed for redevelopment and reopened in 2008. The waterpark was gone, and in its place were fast food outlets, restaurants, bars, an inline skating school, miniature golf course and gym, among other amenities. 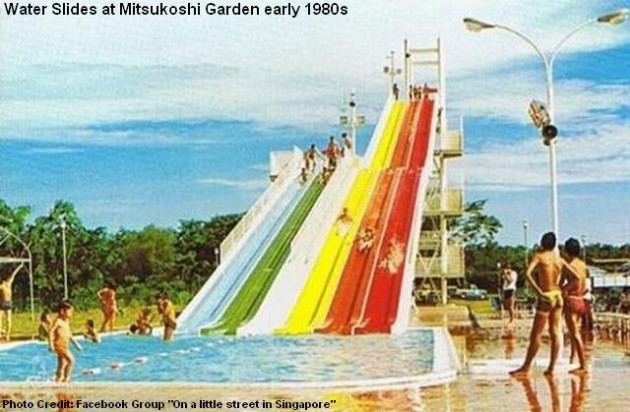 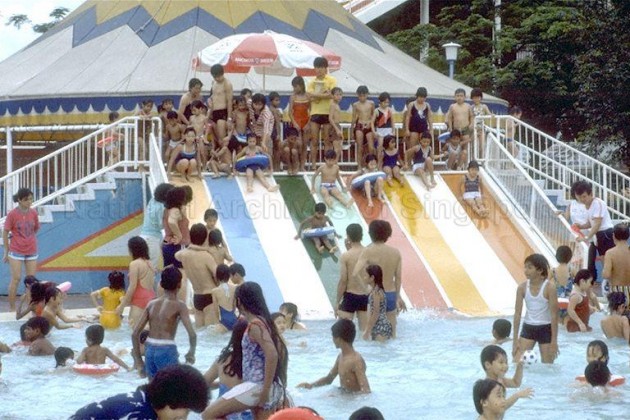 Though Big Splash catered to crowds in the East, people in the West were not deprived of having some splashing good fun.

Built in 1979, Mitsukoshi Garden was located along Jurong Garden Road. The fun lasted for about 4 years, before it was bought over by a Japanese restaurant chain in 1983. Restaurants, gyms, and sports courts were added, and the park was later renamed CN West Leisure Park. 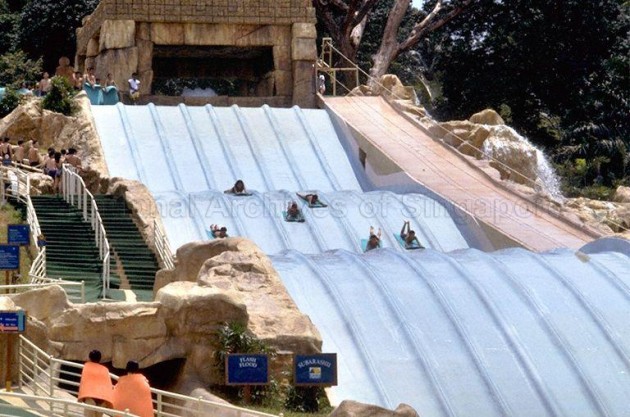 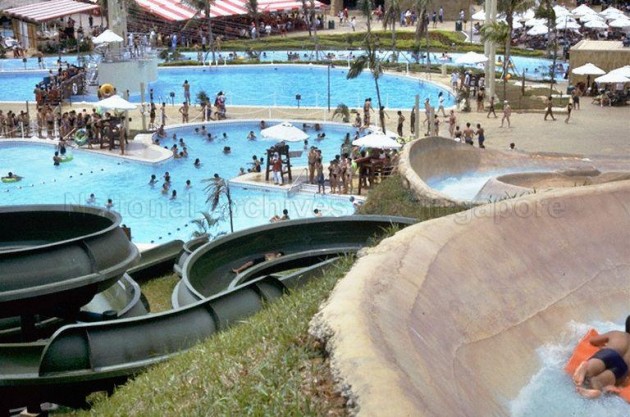 Fantasy Island was to the youngsters of the 90s what Adventure Cove is to us now. You could race your friends as you zip down the humongous 8-lane slide, float freely along the lazy river, swim laps in the many large pools, and quench your thirst for thrill riding numerous other high-speed slides.

Due to pricey entrance fees and the wide media coverage on the two deaths and multiple accidents that happened at the park, Fantasy Island closed its doors for good in 2002.

These theme parks may be gone, but the cherished memories of those who’ve had the privilege of spending their childhood in any of them will last forever. And for every theme park that fades from memory, a new one will pop up in its place – USS and Adventure Cove are proof of that. 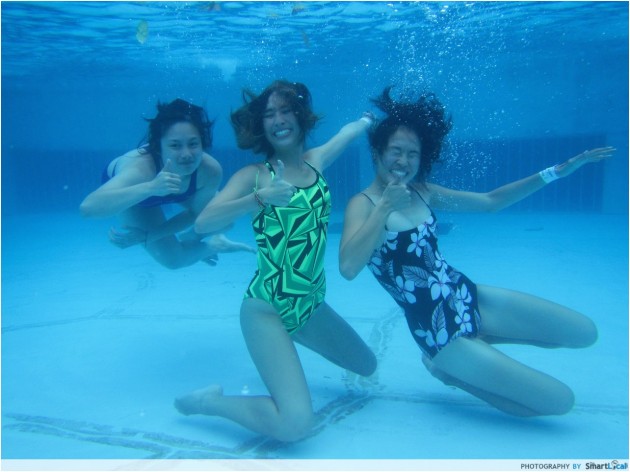 We recently did a very comprehensive guide to Adventure Cove – and if you haven’t visited yet we strongly urge you to! And if we’ve missed any amusements parks of Singapore’s past that holds dear to you, be sure to let us know in the comments below!