Most known for its iconic 10 Courts of Hell attraction that features gruesome dioramas that are pure nightmare fuel, the park was said to help incite traditional moral values. But aside from the scary stuff, it’s also a cultural park filled with rich history. Entry is also free, so here’s all you need to know before going down:

Built in 1937 by the brothers behind Tiger Balm 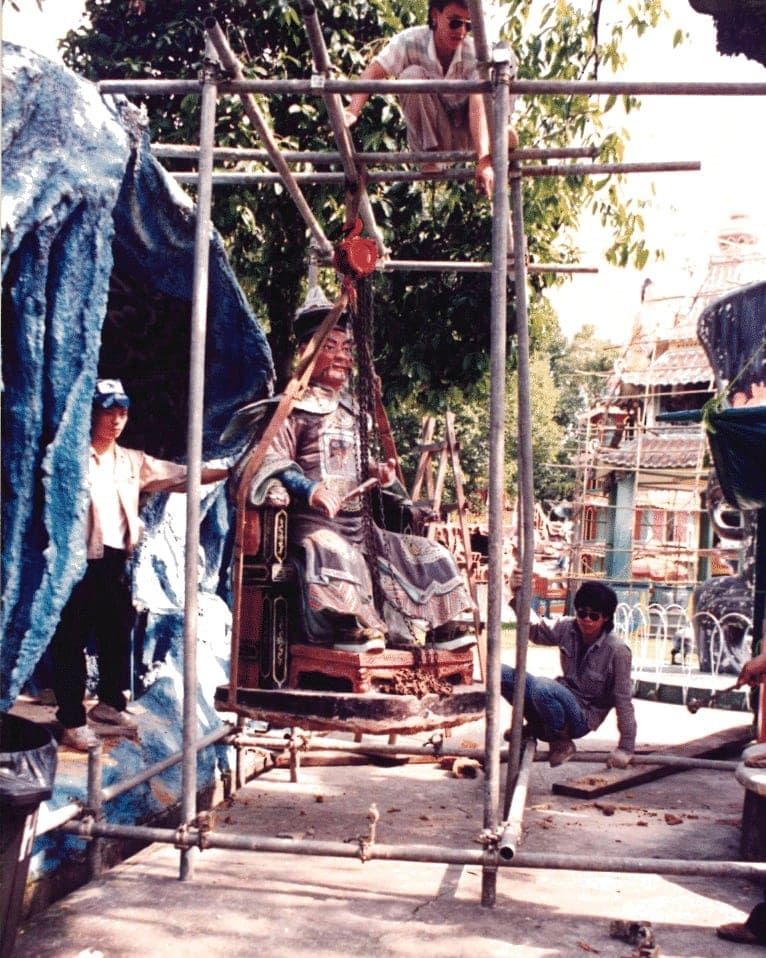 Fun fact: There were a total of three Tiger Balm Gardens around the world back in the day – the other two in Fujian and Hong Kong.

Constructed back in 1937, Haw Par Villa started out as the wacky brainchild of  Burmese-Chinese brothers Aw Boon Haw and Aw Boon Par, best known for establishing the “cure-all” ointment, Tiger Balm. A nod to the brothers’ greatest success, the park was named Tiger Balm Gardens and dioramas were commissioned to be placed in the park as mediums to preserve stories of moral values. 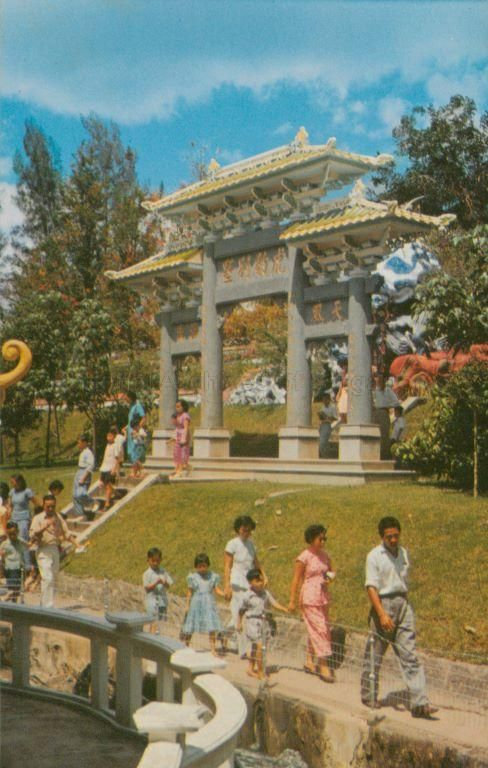 After Boon Haw passed away in 1954, the park in Singapore became public property and changed operators several times over the years. In what could be called an era of identity crises, the park was renamed Haw Par Villa Dragon World, reverted to Tiger Balm Gardens when footfall dropped, and finally settled on Haw Par Villa – what we know it as today. 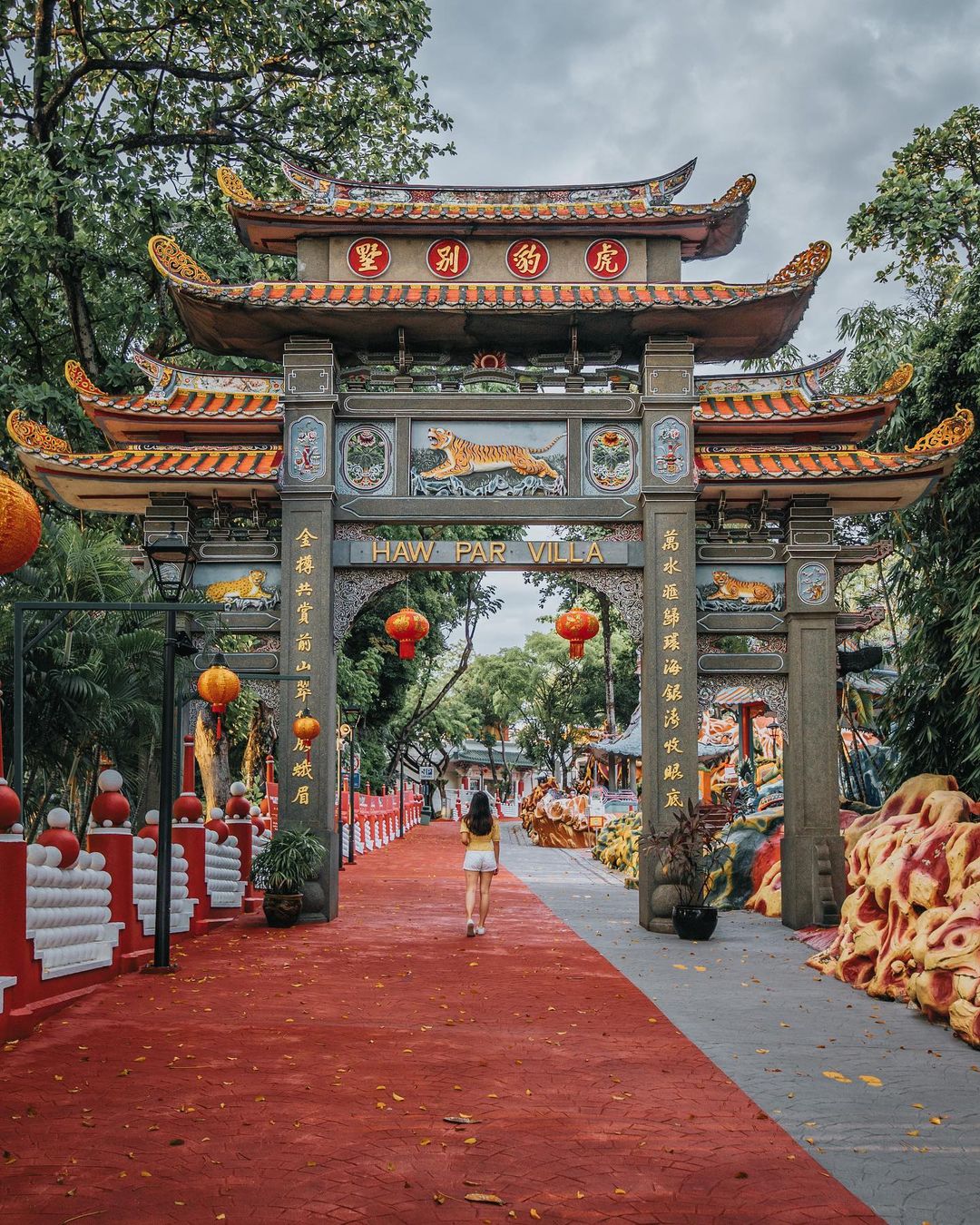 Most wouldn’t have realised this but during the pandemic, the park underwent a nine-month-long facelift and reopened recently on 1st July 2021, with a refreshed layer of paint and reinforced sculptures. 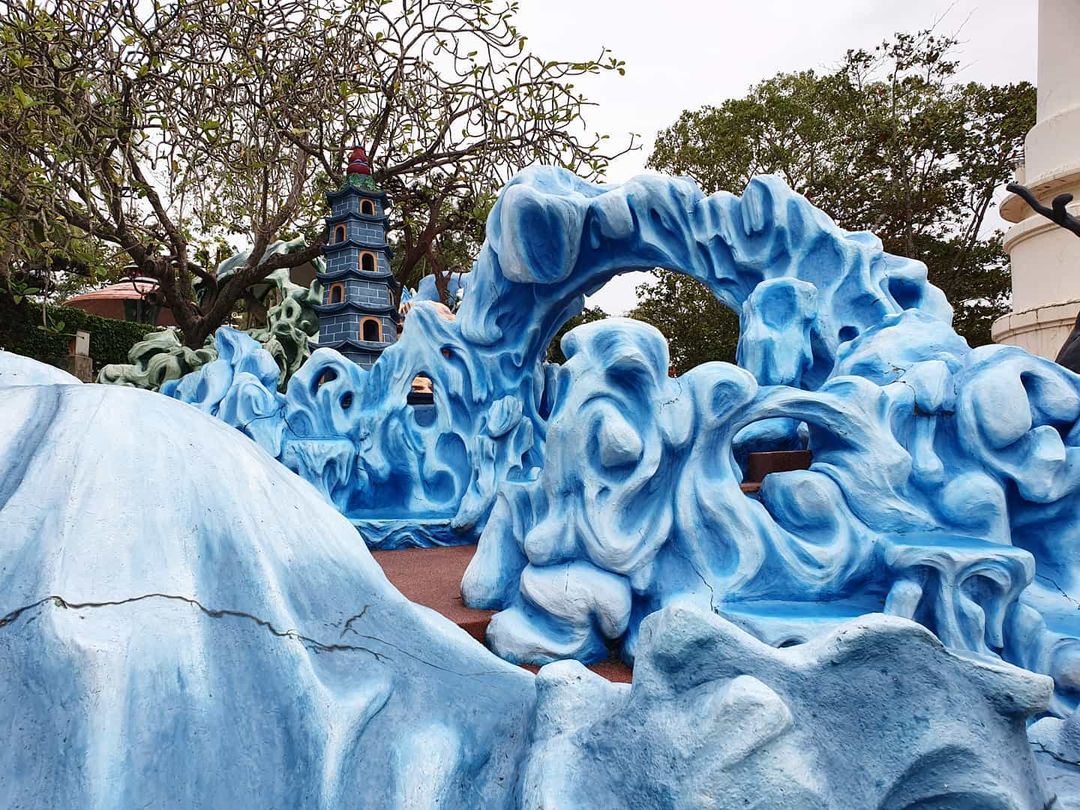 Visit today and you can explore the 8.5-hectare park with over 1,000 statues and 150 dioramas. Walk along colourful archways and intricate pavilions as you explore motifs of scenes from iconic tales like Journey to the West and Romance of the Three Kingdoms, alongside statues of mythological gods like the Laughing Buddha and Guanyin. 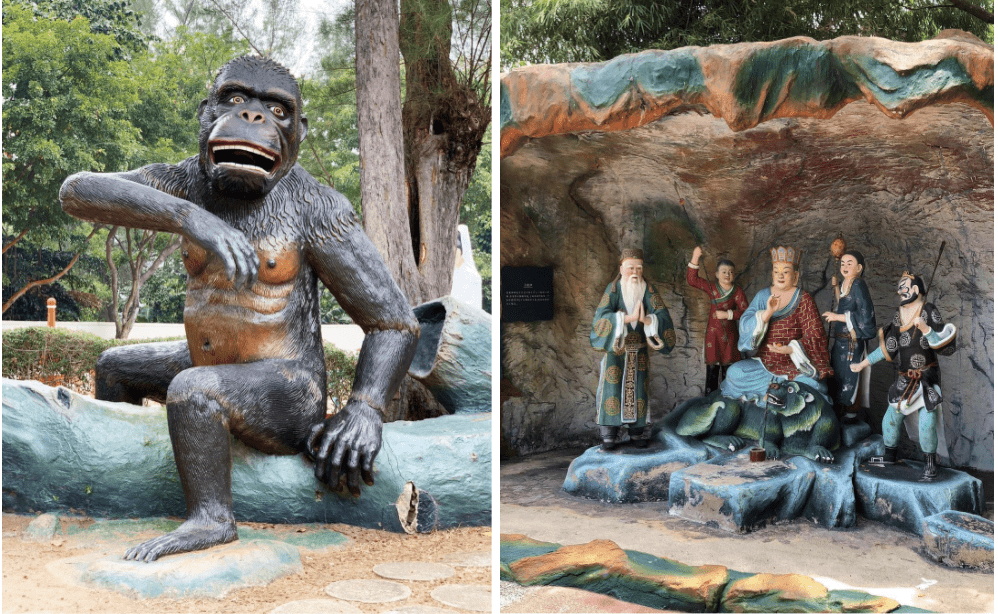 Any poignant memories of the park will likely be infused with the unforgettable 10 Courts of Hell, with explicit sculptures of the hellish things that’ll happen in the afterlife should you commit moral crimes. Think: being burnt alive, getting dismembered and lots of impaling. An iconic boat ride used to run through this attraction decades ago, but was later closed – some say due to feng shui. 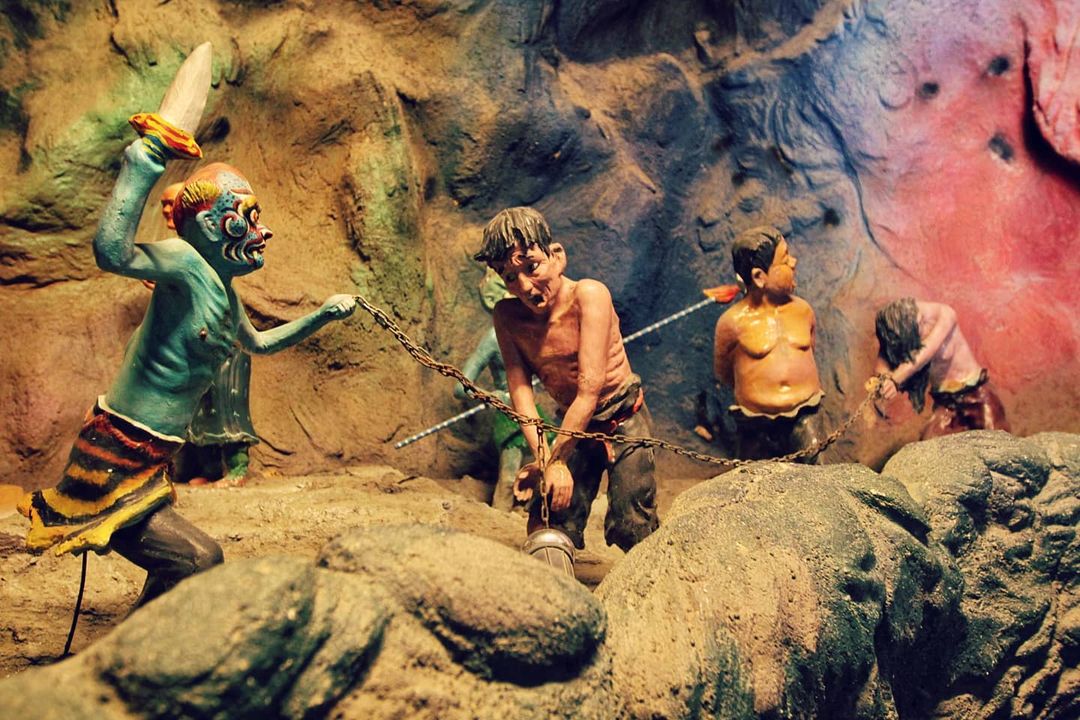 Currently, the 10 Courts of Hell is closed for upgrading, but you can expect to see it reopened in October 2021 as a refreshed Hell’s Museum. 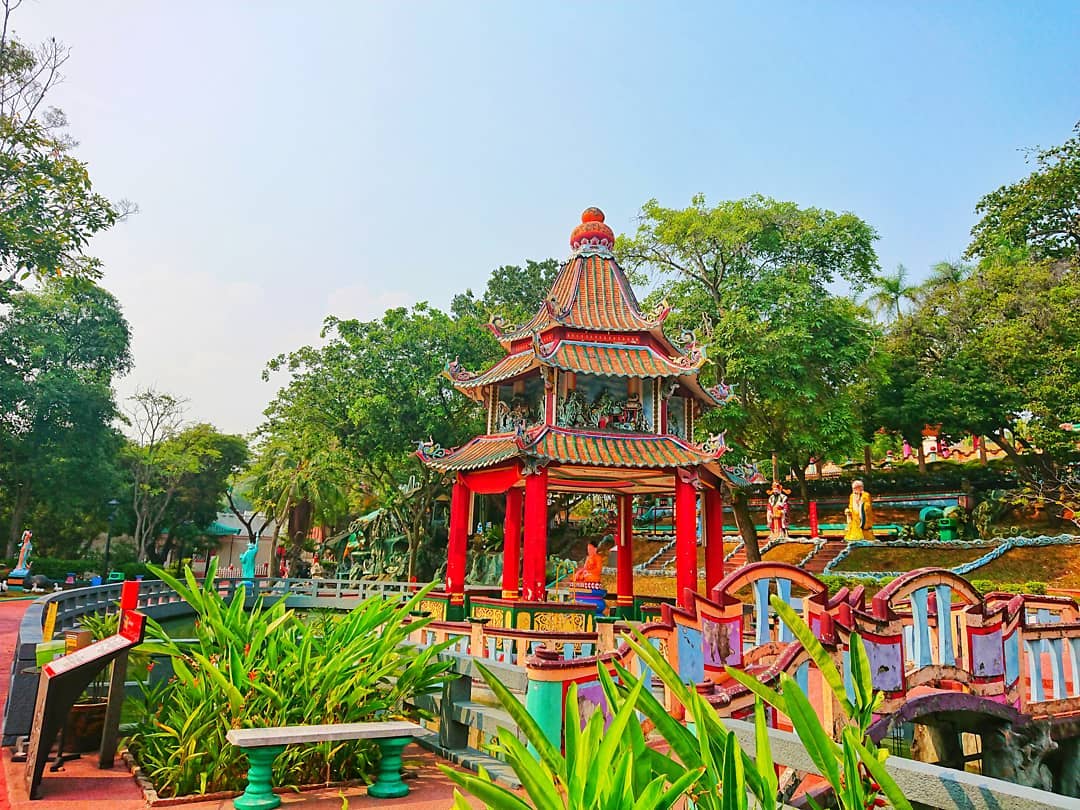 Regardless of whether you remember the park fondly or were low-key scarred as a child, Haw Par Villa is undoubtedly one of Singapore’s most special attractions.

Despite the changing of hands several times since it was built, the iconic park looks like it’s here to stay for good. Visit now to enjoy it with a fresh coat of vibrant paint that brings all the age-old statues back to life. Not too alive, we hope.

Getting there: The park is a minute’s walk from Haw Par Villa MRT Station 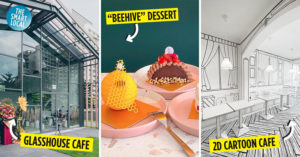 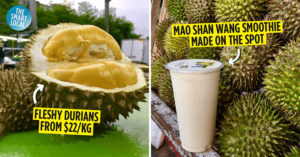