Shopping malls are popular post-work and weekend spots to hit with food, shopping and perhaps most importantly, air-con, all in one place. Heading out to the usual malls in town or your heartland neighbourhood might get boring after a while, so here are some new and recently renovated malls to check out if you need a new haunt.

Offering chill meetup spots as well as international gourmet offerings and endless retail therapy, Singapore has plenty of new mall openings as well as recent upgrading works. Consider swinging by to shop for your essentials or purely kill time with a jalan jalan session.

For more weekend activities, check out: 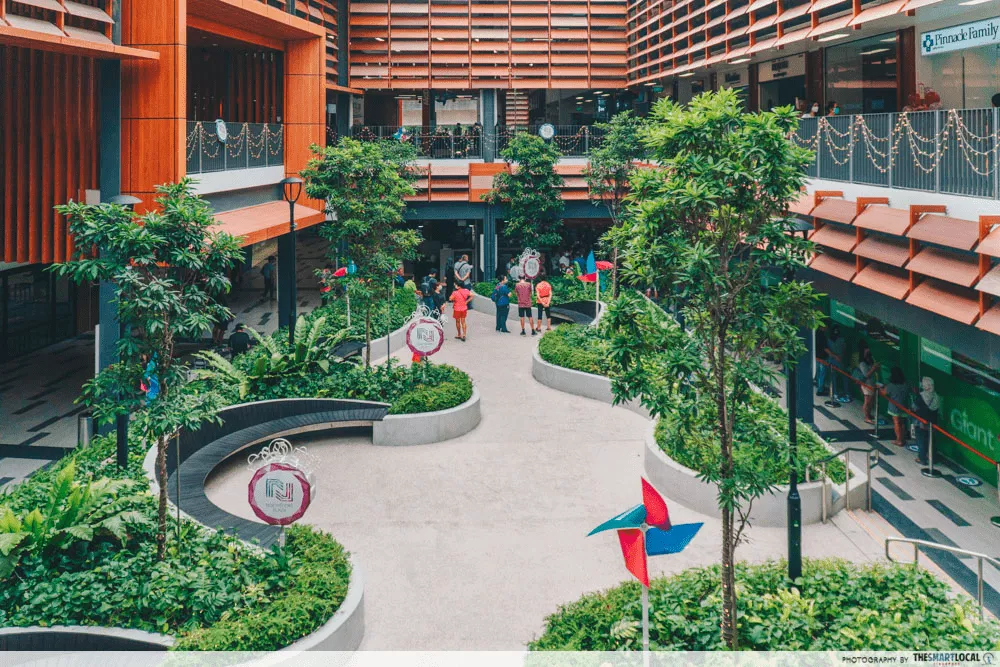 Northeast-siders are in luck – the first sea-front neighbourhood mall, Northshore Plaza has recently opened its doors in Punggol.

Located just four LRT stops from Punggol station, the waterfront shopping mall is linked directly to Samudera LRT station and will be opening in two phases. Northshore I opened on 29th October 2021, while Northshore II is scheduled to open in the first quarter of 2022. 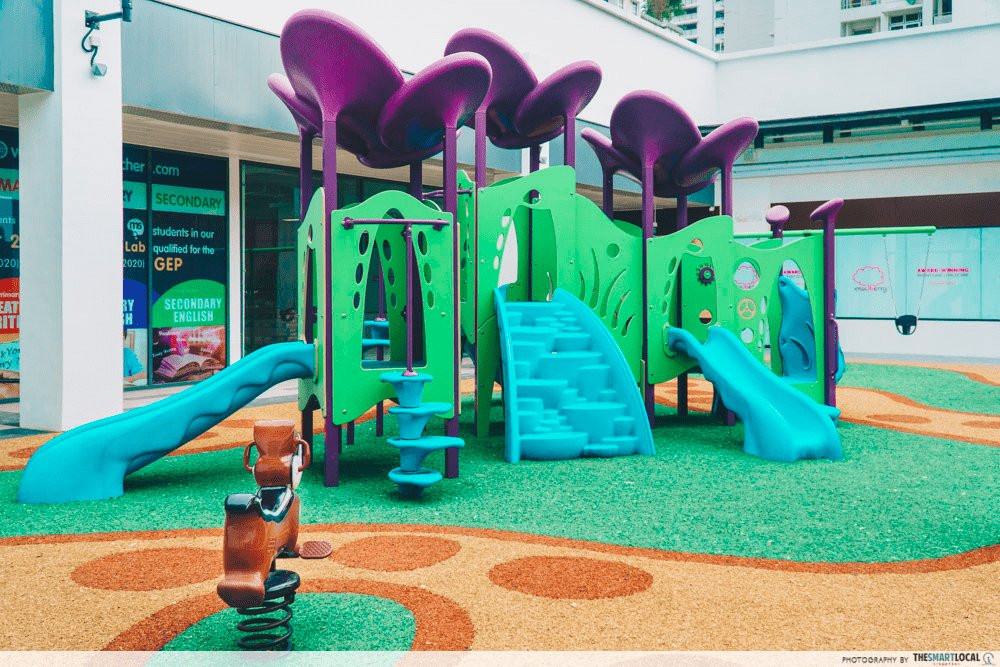 Some notable tenants include Redman by Phoon Huat, HaiDiLao Hot Pot, KOI Thé and a two-storey Decathlon store. The Punggol region is known to be a hotspot among young families who’ve just moved into their BTOs, and this mall serves them well with plenty of supermarkets, family wellness clinics, learning centres and a built-in playground.

From waterfront dining experiences to communal outdoor spaces with garden views, Northshore Plaza provides a tranquil respite for Northeast residents. You can also check out our Northshore Plaza review to plan your first visit. 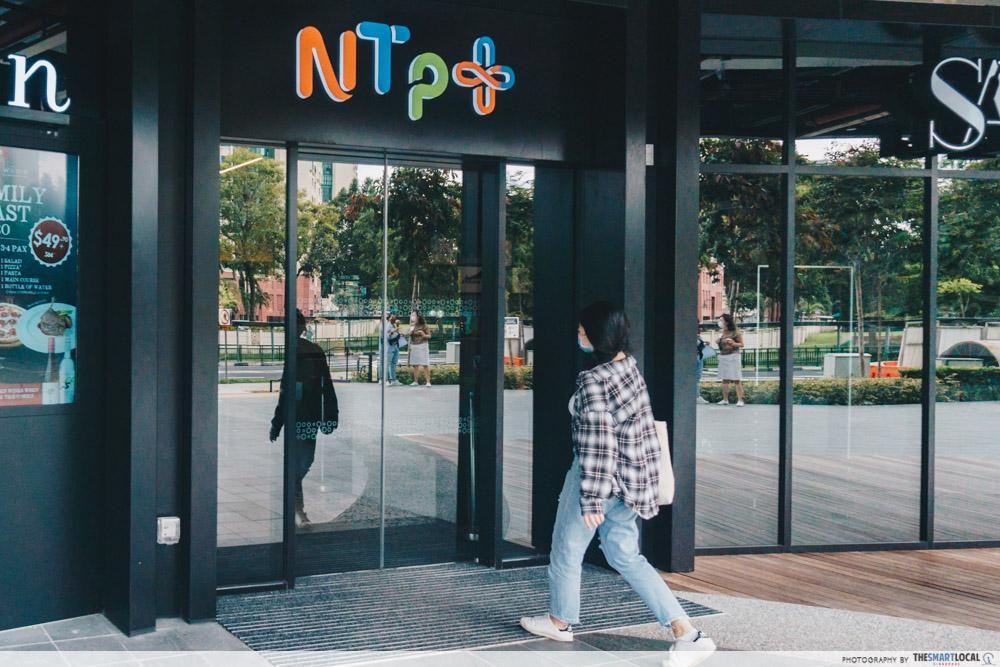 NTP+, or New Tech Park, is a two-storey mall located just a short walk from Lorong Chuan MRT. Having recently opened its doors in mid-2021, it has plenty of food options despite being a relatively smaller mall. Examples include Dutch Colony Cafe, Wine Connection, Iro Iro and The Social Alley. 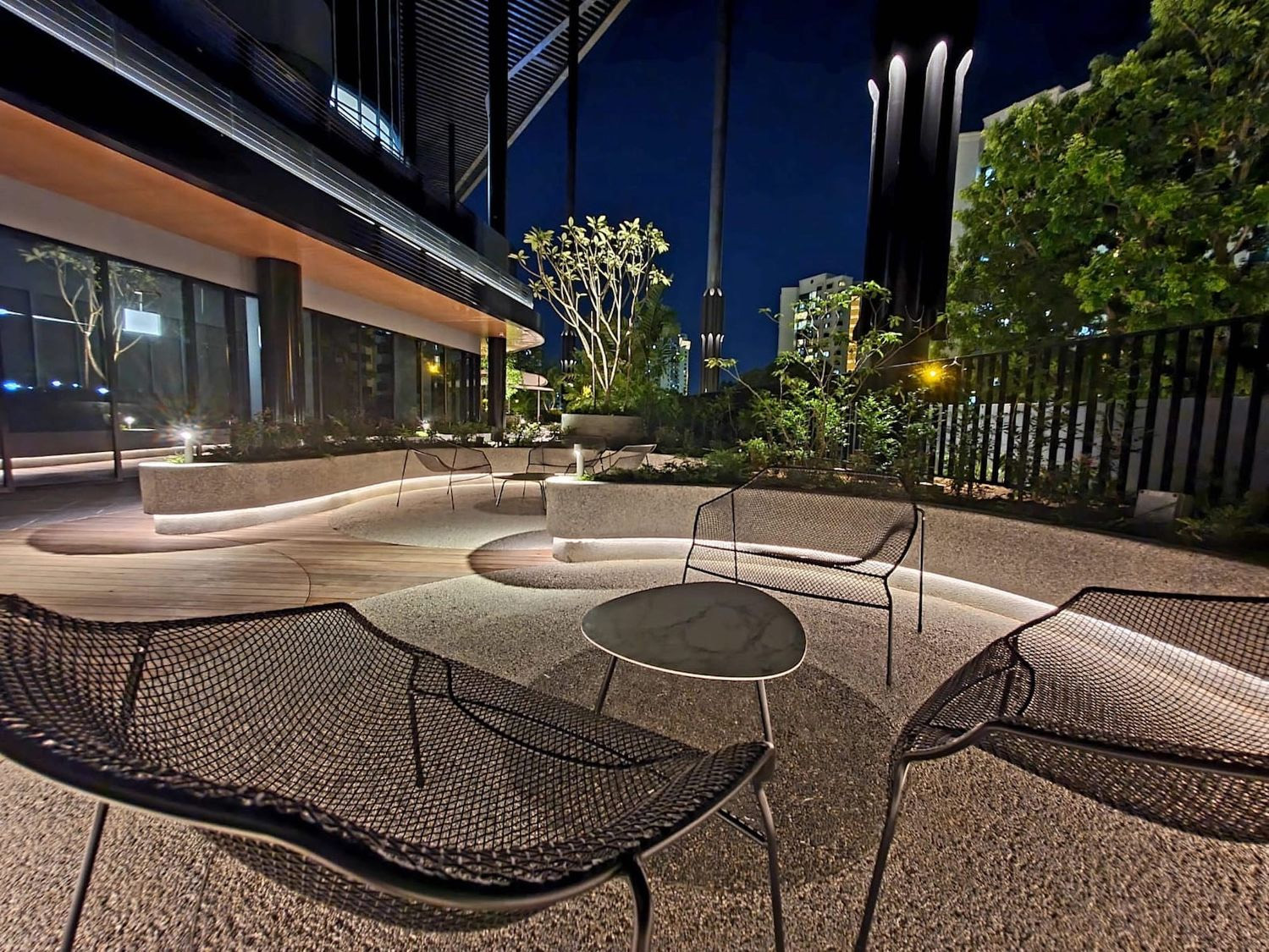 Besides wining and dining at their many restaurants and cafes, you can also grab an after-meal treat and head up to the outdoor terrace at Level Two for a breezy chat. We recommend FiNE TEA!, a first-of-its-kind bubble tea and gelato concept store which boasts over 50 drinks and 20 ice cream flavours on its menu. 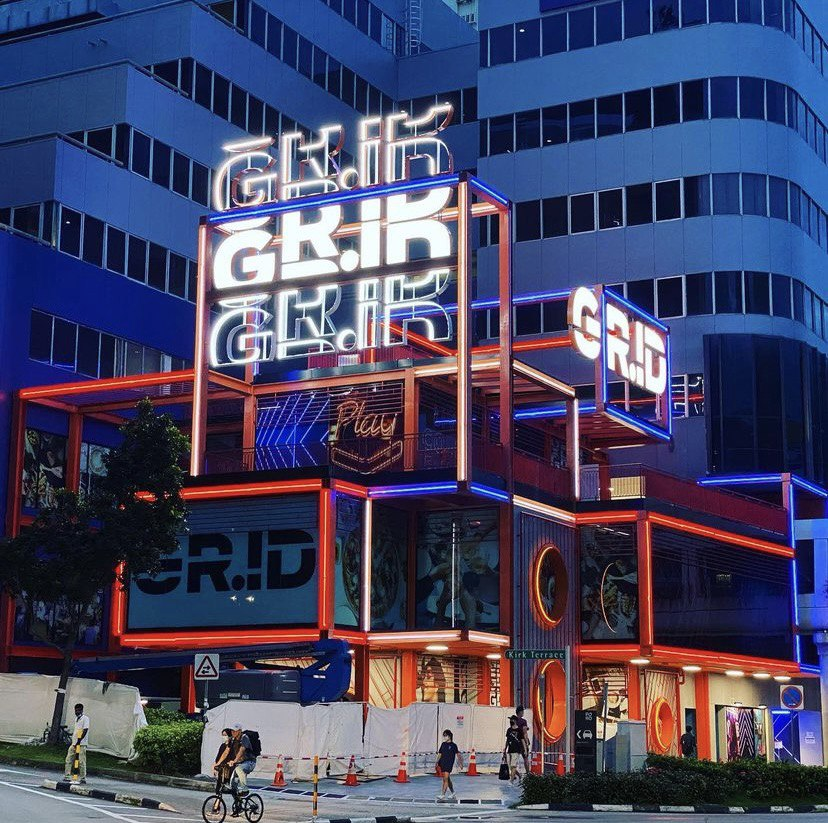 90s kids will know this mall as PoMo, a popular after-school spot for students of the nearby tertiary institutions. The mall has since been revamped as GR.ID to target hip millennials and Gen Zs, and has recently opened its doors to the public in October 2021. 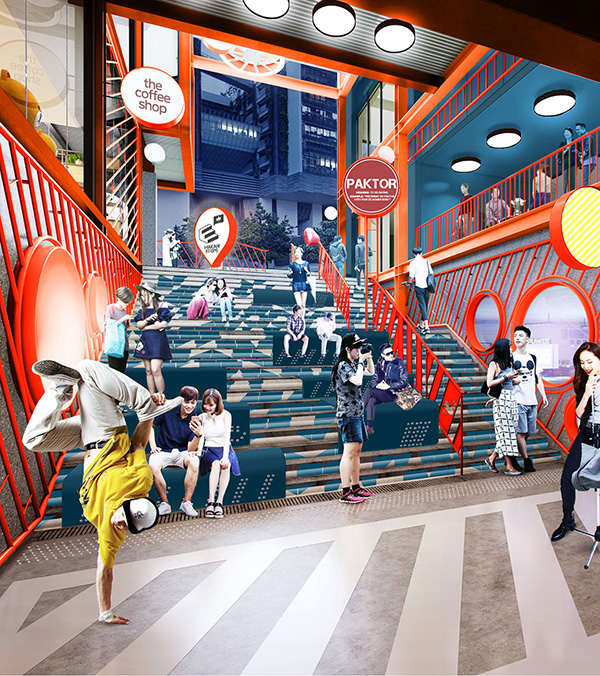 Reminiscent of Tetris blocks, the building’s colourful exterior is said to embrace the young and upbeat vibe of the Selegie education district. 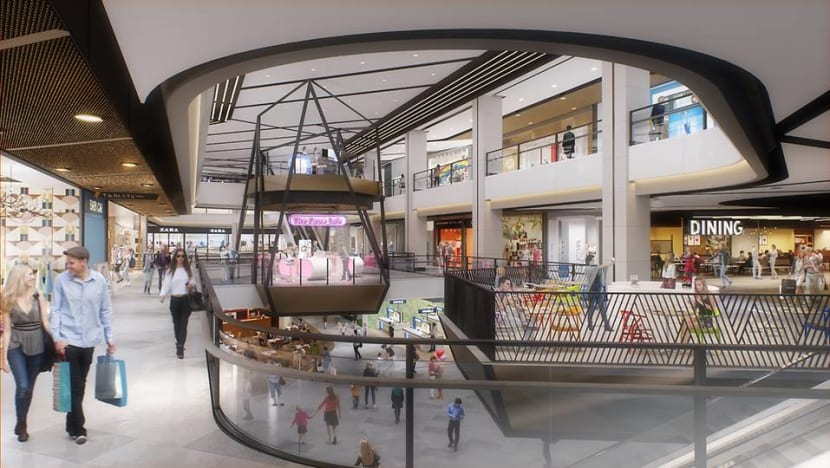 Previously known as Great World City, you might remember this as the mall with a painting of the sky adorning the ceiling, and different themed bathrooms on every level representing different countries around the world. The mall went through a major renovation and reopened its doors early 2020 as Great World.

Located near Orchard, a prime hotspot for Christmas shopping, Great World is a quieter alternative for your shopping needs if you’d prefer to avoid crowds. It’s equally well-occupied with popular tenants known to stock gift-worthy goods, such as Tokyu Hands, Papermarket, Lovisa and Toys R Us. 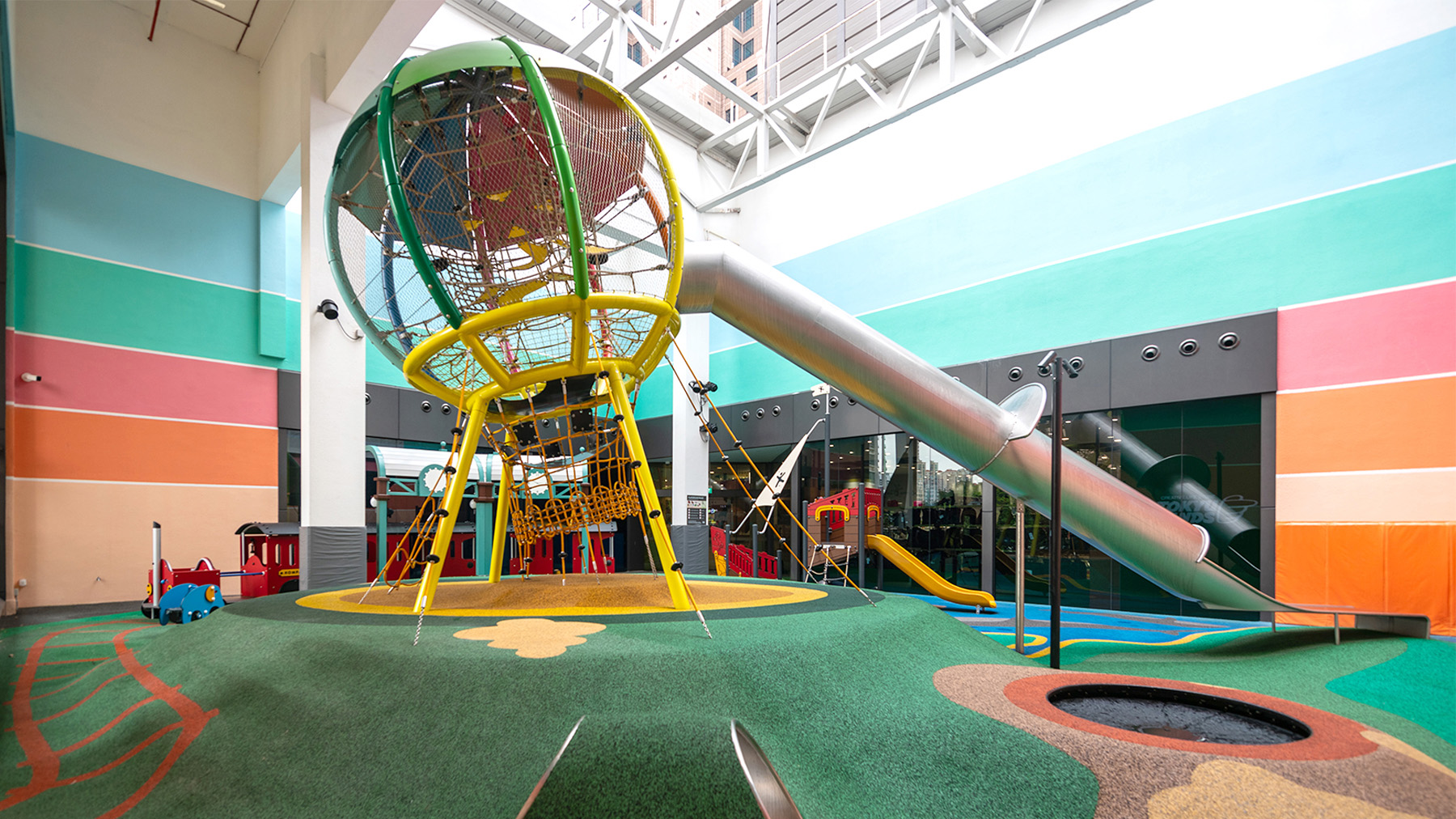 Throughout the rest of the year, you’ll also be able to settle your clothes shopping and grocery runs all in one place – with popular retail stores like Zara, Uniqlo, 6ixty8ight, and supermarkets like Scoop Wholefoods, CS Fresh by Cold Storage and Meidi-Ya.

If you’re shopping with little ones, make sure to head up to the play area at Level Two where the little ones can have a blast at the railway and hot air balloon themed playground. 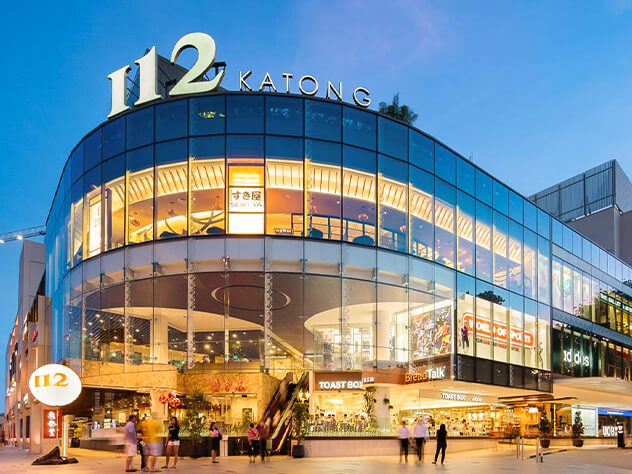 Set to reopen in late 2021, i12 Katong has been going through major reno works to reintroduce itself as a 6-storey mall with a 180-stall capacity. It sounds like it’ll be worth the wait, offering tonnes of shopping, dining and entertainment options to Eastsiders. 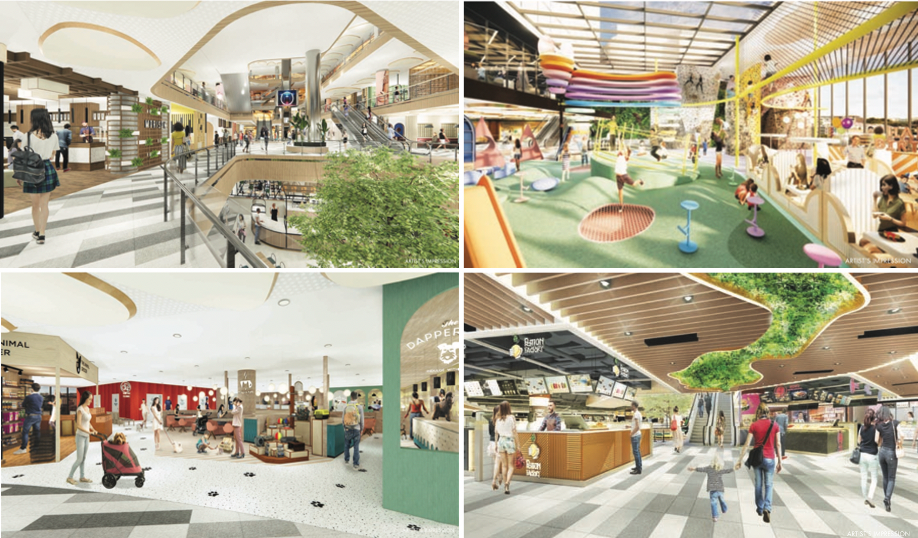 Say goodbye to the heat and bring your kids to the mall’s indoor play area, perfect for a quick shopping break and playtime for the energetic kiddos. If you’d like to monkey around and expend some energy yourself, there’s also a Climb Asia climbing gym within the mall. 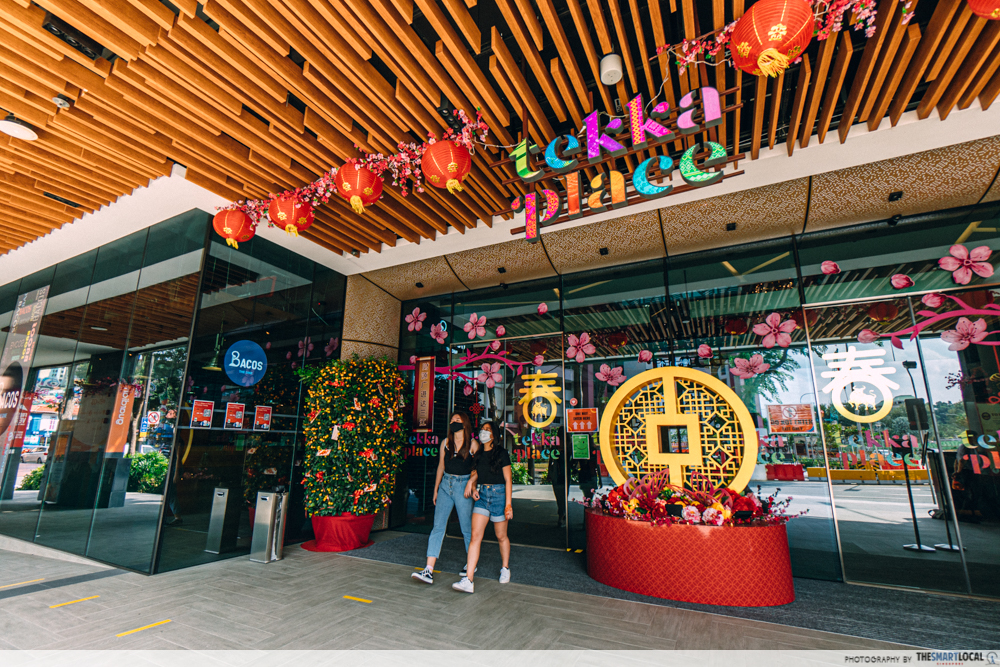 Striving towards a blend of traditional heritage and new-age F&B and retail offerings, Tekka Place is Little India’s newest mall that opened in 2019, but has since undergone renovations up to 2021.

Located in the heart of Little India, the building is also home to the Citadines Rochor hotel, attached right above the mall. This means future staycays at Citadines Rochor will allow you to have loads of shopping, dining and activity options just an elevator ride away. 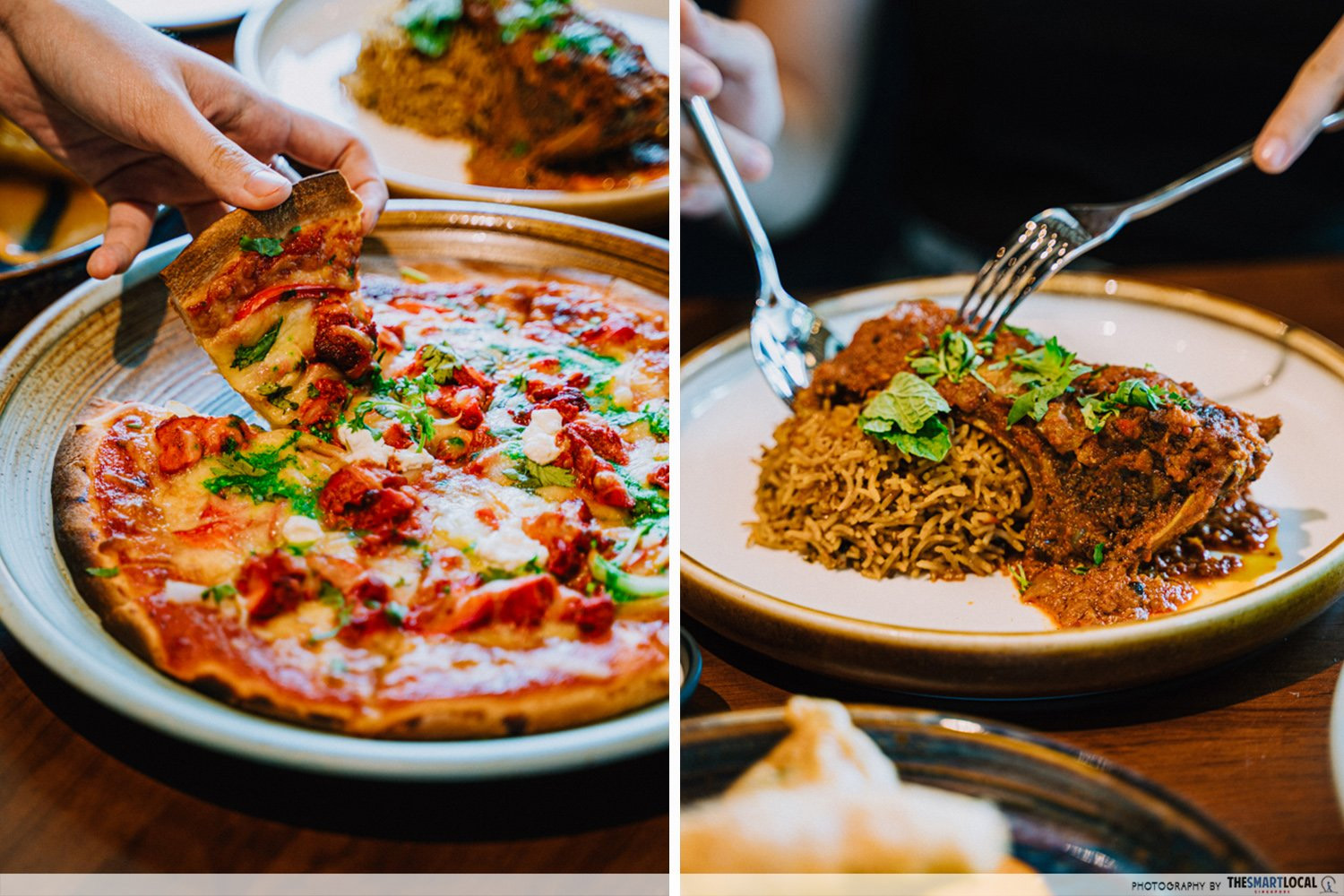 Find a range of food, retail offerings and services highlighting Indian culture at this unique specialised mall. These include henna services at Vanessa Beauty, Indian handicrafts and decor at Arts & Culture, and Indian-Italian fusion cuisine at Bacos the Dine. 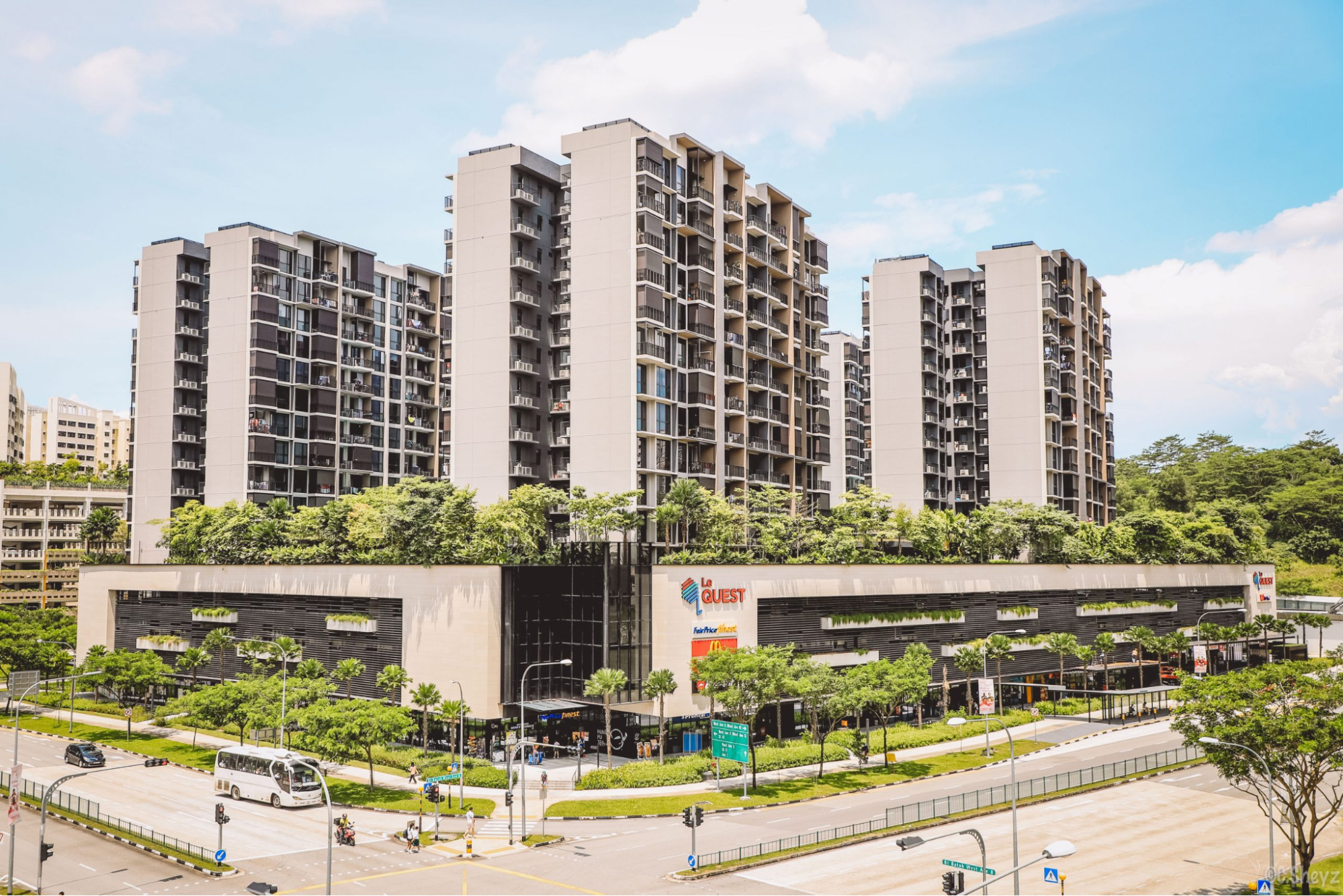 Le Quest, the newest mall in the west, recently opened back in 2020. Bukit Batok residents no longer have to count on West Mall or Hillion Mall for their grocery needs and food fixes. 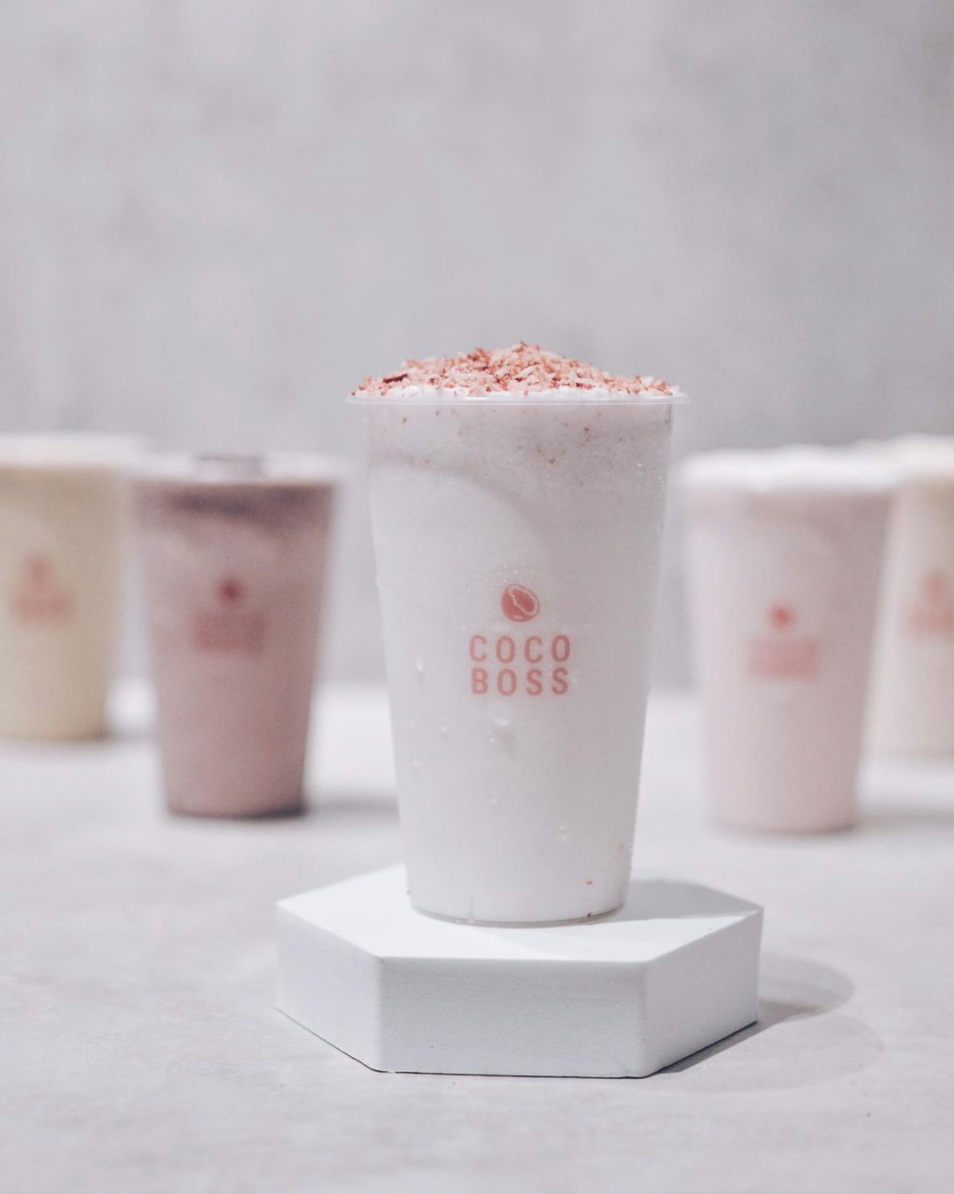 BBT and sweet drink fans, in particular, will be jumping for joy at the selection here, ranging from R&B Tea, Kung Fu Tea and Teabrary to CocoBoss – a new coconut shake contender to try if you’d like something to compare against the legendary Mr Coconut. There’s also a specialty craft beer bar called Gone Rouge Brewing, for those with more grownup drink palates.

Other than a selection of F&B tenants, there aren’t many retail outlets save for FairPrice Finest, Guardian and a Tian Ma grocery store. While Le Quest’s opening spells added convenience to residents of the Bukit Batok region, it might not be worth a trip to the West if you’re expecting a major shopping spree. 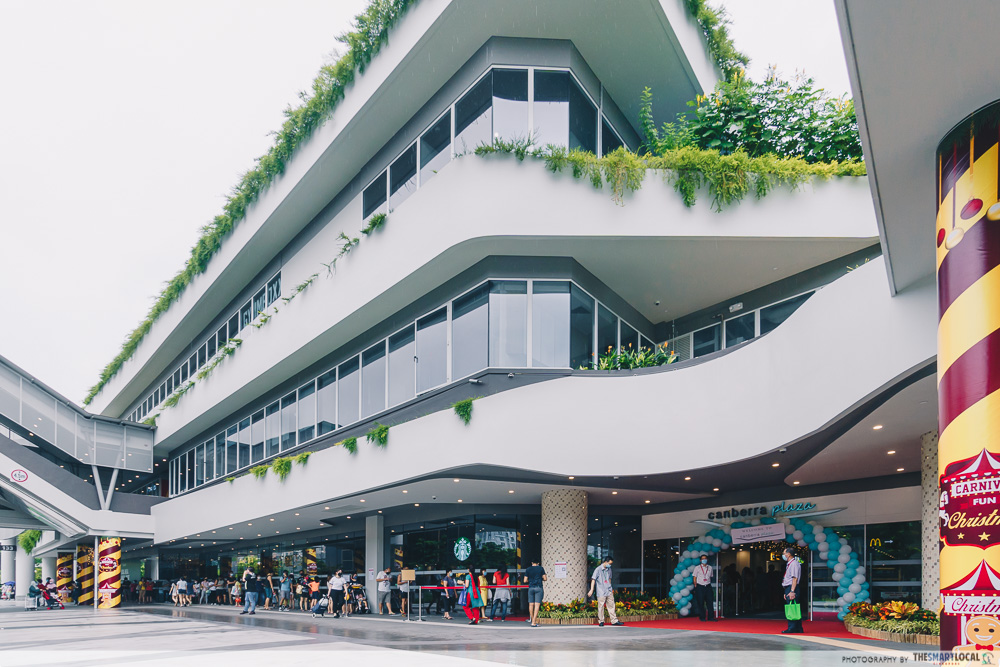 Northsiders have a new haunt in their vicinity to spend weekends at, apart from Northpoint City and Causeway Point – which are known to attract hordes of shoppers. Recently opened in December 2020, Canberra Plaza is the North side’s newest mall, connected to the newest MRT station – Canberra. 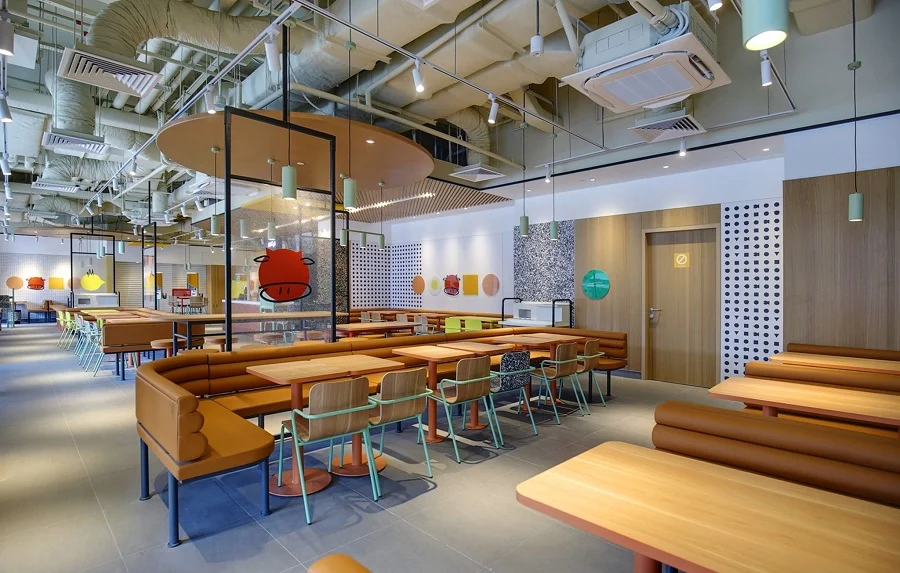 Get all your shopping and dining needs settled, from groceries homeware essentials to casual meals and catch-ups with friends. There are stores like Daiso, A&W, YiFang Taiwan Fruit Tea and the quintessential mainstay of every neighbourhood, McDonald’s. The only thing is, their McDonald’s outlet is massive, with aesthetics that rival that of a cafe’s.

There’s even a free water play park at Level Three. So if you’re heading down with kiddos in tow, make sure to pack a change of clothes so they can have a splashing good time. 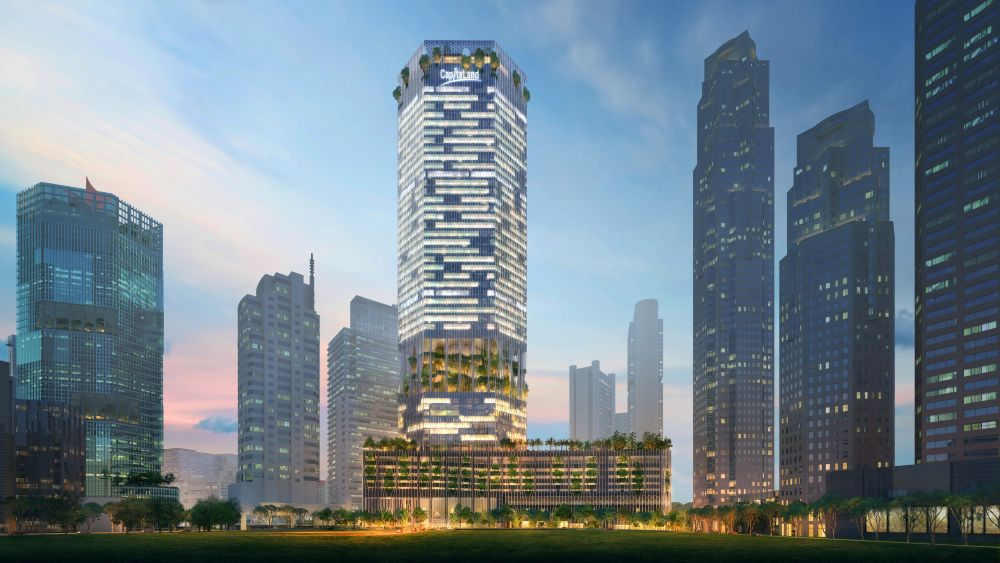 A 51-storey building for offices, serviced apartments, retail and F&B, Capita Spring is scheduled to open in the second half of 2021. Located a 2-minute walk from Raffles Place MRT, Capita Spring could well be your next dabao or after-work spot in the CBD.

Although specific retail and F&B outlets have yet to be announced, expect a food centre on the second and third floors featuring stallholders from Market Street Hawker Centre, but in air-conditioned comfort. There’ll also be a pan-European garden bistro, and a rooftop restaurant and social bar. 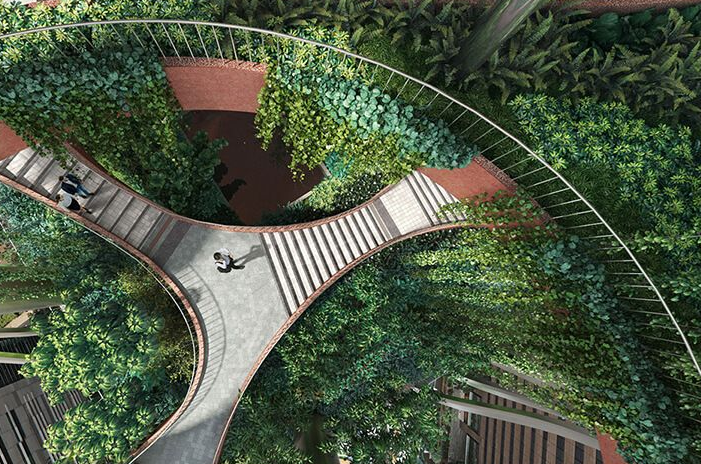 Once the mall officially opens its doors, make sure to check out the Green Oasis, Singapore’s highest urban farm ever and a 4-storey garden with a 30M cascading sanctuary of flora. While the exact opening date has not been made known, Capita Spring sounds like it’ll serve as a great midday respite for CBD folks on their daily grind.

Located right at Raffles Place MRT, Change Alley is the CBD’s latest mall that opened in mid 2020. Previously known as Chevron House, this newly revamped site has an array of F&B outlets that will spoil you for choice the next time you run out of lunch dabao options. 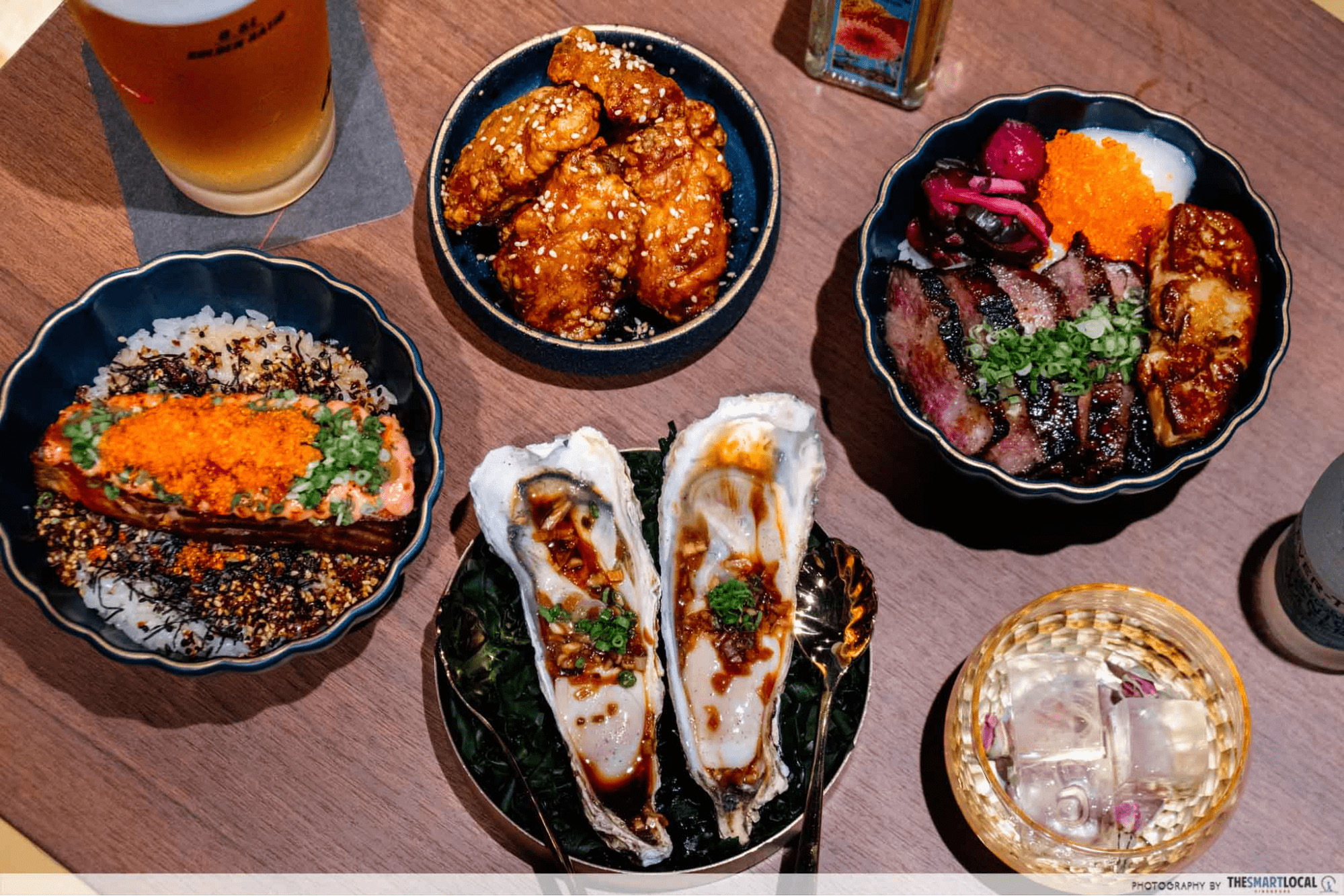 After filling your bellies, stroll through the mall to check out fashion retail stores like CREAMSTUDIOS for elegant basics, and Nimisski for Korean inspired apparel. Perfect for OLs to squeeze a bit of shopping into their lunch hour, and perhaps pick up a new office ‘fit or two.

Malls are aplenty in Singapore, and it’s easy to tire out your list of regularly visited shopping centres. Whether it’s for a food-venture or Christmas shopping spree, visit these new and recently-upgraded shopping malls in Singapore for a change in scenery, and discover gems in different neighbourhoods.

Since many of us aren’t venturing overseas just yet, you can even make a full-day adventure out of visiting various malls around the region. Based off this list alone, you’ll be able to journey from regions all throughout Singapore, from the central to far east, west and north.

Check out other things to do in Singapore: 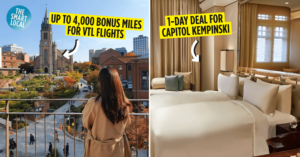 11.11 Deals Not To Miss When Making Your EOY Plans, Like Cruises, Staycations & Flights
6 Relaxing Dining Spots & Ideas For A Year End Festive Celebration Away From Crowds 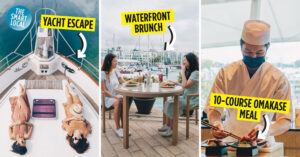