Jeju is also known as the Hawaii of South Korea, a chillax island at the bottom of the South Korean Peninsula. Just a one hour plane ride from Seoul, many of the Koreans who go there are tourists themselves. It’s where South Koreans go to escape their stressful Seoul lives.

Everything in Jeju is a natural wonder and it is no surprise why they were recently crowned one of the 7 new wonders of the world. And get this – Jeju was made up entirely from volcanic eruptions more than 2 million years ago! And its three times the size of Seoul!

I was recently in Jeju with Andrea Chong and Cheryl Tay and we had a great time road tripping around the island. In fact, Jeju was the inspiration for this article on Road Trips in Singapore!

If you’ve always contemplated making the trip, hesitate no more. Here are 10 reasons why you should visit Jeju at least once in your lifetime. But before that, check out this video we filmed while we were in Jeju! 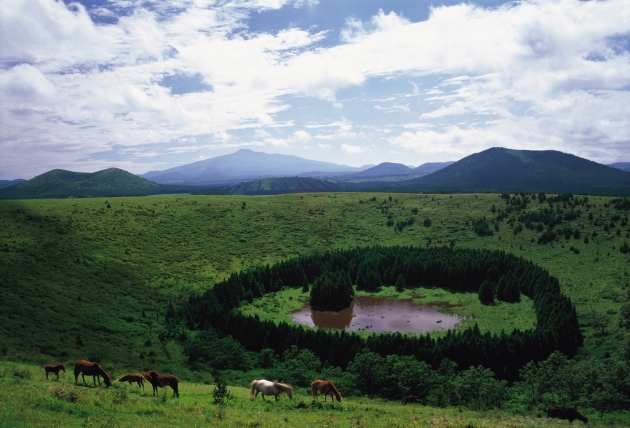 Jeju is a true natural wonder. Stick your head outside your car and and you’ll now realise you’re living in a postcard. You probably won’t see horses. And you may not see a random crater like the one above. But chances are you’ll be greeted with a picturesque sight with the fresh Jeju air caressing your face.

2. Walk inside a lavatube and feel your spine tingle 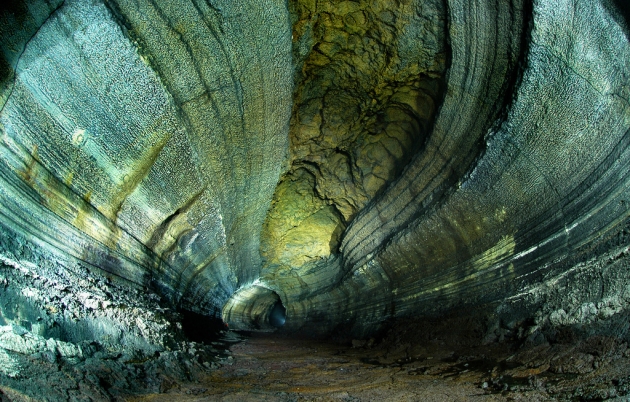 Oh yea, monstrous waves of lava once flowed through these tunnels. Now you get to take selfies in it. Just note that only 1km of the 13,422m Manjanggul Cave is open to tourists. 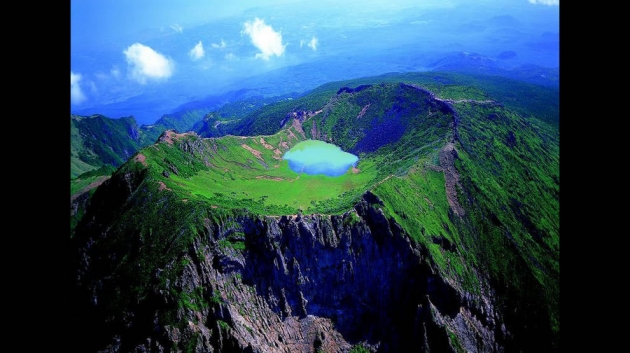 Mount Hallansan is the highest mountain in South Korea so you’ll see it in the background everywhere you go. It also has a crater lake with over 400 species of plants and animals. There are 5 hiking trails here ranging from 3.7 to 9.1km. Shouting of “Ricola!” once you reach the top is optional.

4. Koreans have a good sense of humour 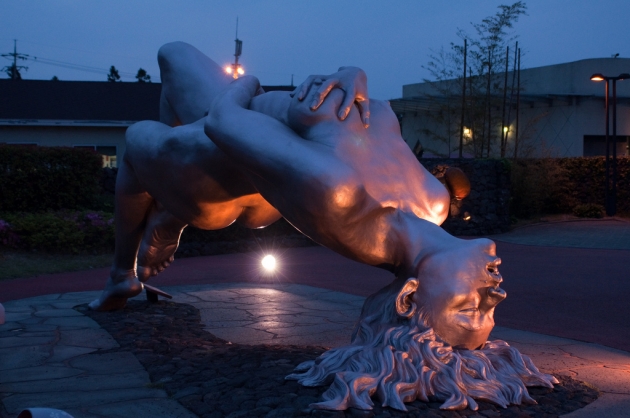 And this is considered one of the more mild statues out there.

Love Land is an outdoor sex themed park with over 140 statues of humans in various sexual positions. I never knew anything like this existed, I think they may just give Singapore’s Haw Par Villa park competition for weirdest park in the world. 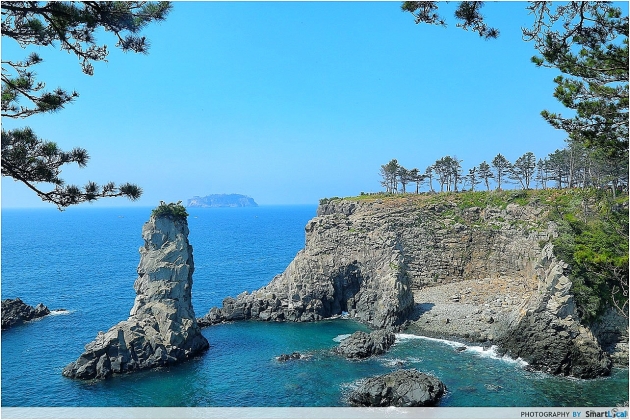 Jeju is one place in the world which is very suitable for Road Trips. It’s easy to navigate around with your GPS and the attractions are spaced out far apart from each other. So you’ll probably end up doing a lot of driving. And if you’re feeling cautious of going alone, you can always travel in a convoy on one of Automobile Association of Singapore’s packaged Jeju trips.

And if you’re more of a walking person, there’s always the 21 “Olle” trails all around the island which have an average length of 16km. The picture above is of Oedolgae Rock (Grandmother Rock) which can be visited on one of the trails.

Legend has it that an old woman became the rock after waiting for her fisherman husband who went to sea and did not return for a long time. There is probably a lesson Koreans tell their children here, like don’t go out for long or grandma will become a rock. 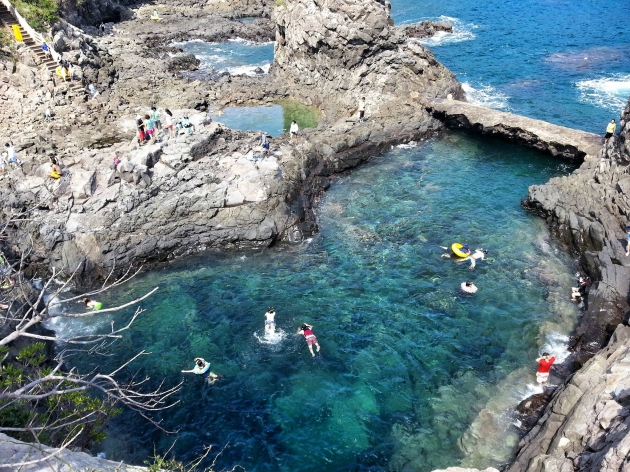 I don’t know about you but when I see clear water like this my body starts moving uncontrollably towards it till I’m in the water. 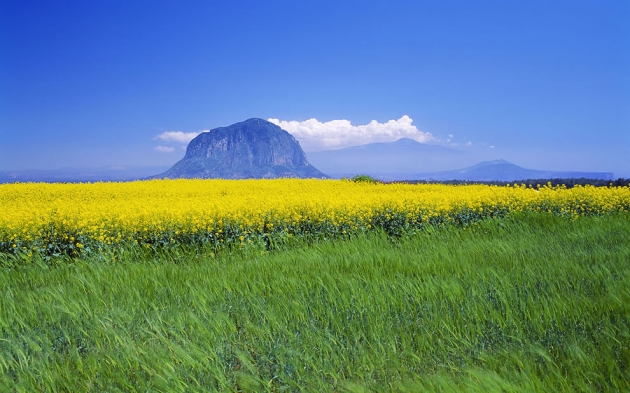 Apart from being famous for fresh produce like tangerines, sights like these in Jeju greet you along the roads. So if you’re not too shy, park your car by the road and whip out a camera and start taking pictures! 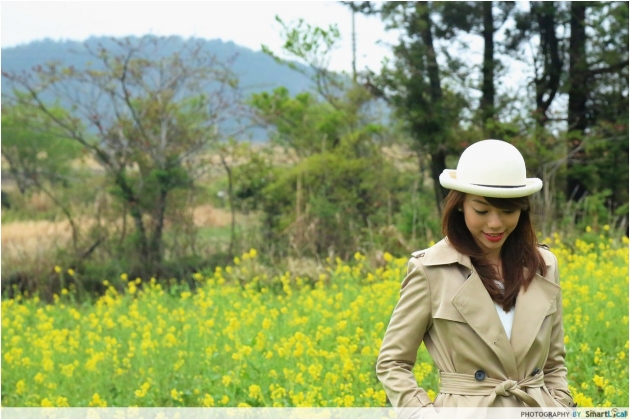 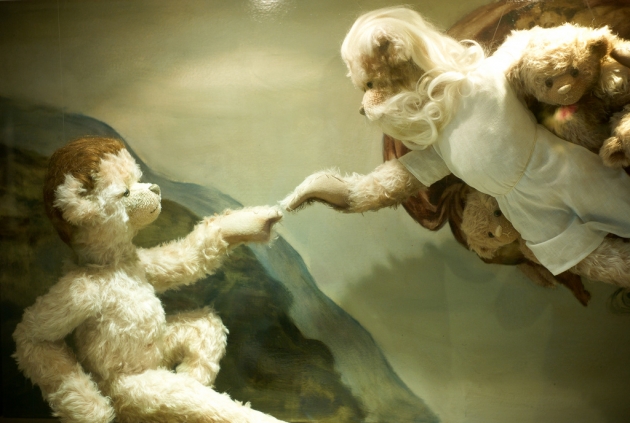 I had not seen a Teddy Bear Museum before so this was interesting. There was even the Terracotta Army and PSY teddy bears! 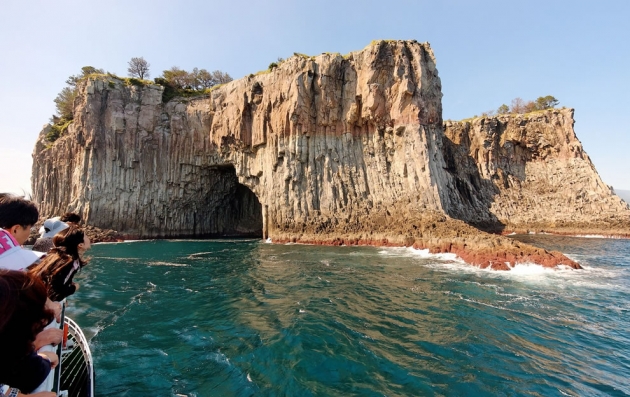 If Jeju island is not enough for you, visit one of the islands around it. This picture shows Beomseom Island, which you can visit by taking boat trip out of Seogwipo.

10. Black Pork is the best pork 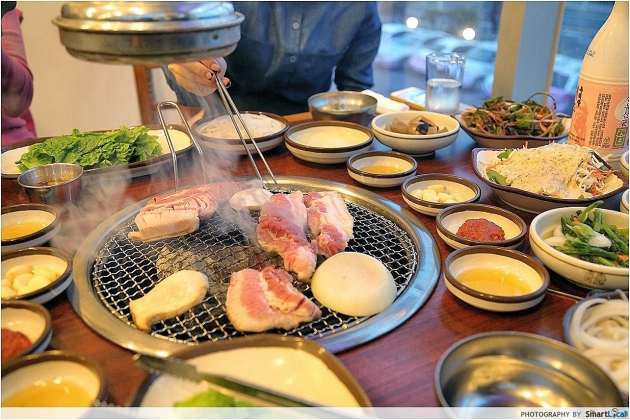 I love pork belly and Jeju is the place where I’ve had the best pork belly in my life. I’m not sure what it is about black pork that make it so tasty, but this is one the food specialities in Jeju and my satisfied belly couldn’t agree more!

Planning a trip to Jeju?

If you love nature and exploring, then you will love all the attractions and sights of Jeju. It’s also great for honeymooners.

But if you’re more of a city girl into shopping, you’re not going to enjoy yourself here and you’re better off in Seoul. (Check out our Seoul guide here!) You have to be prepared to spend a lot of time travelling to fully explore Jeju. So it really depends on what type of traveller you are. I’ve never been on such a nature themed holiday like this so Jeju was a one of a kind experience for me.

Check out our articles below where Andrea shares our Jeju trip from her perspective!

This article on 10 Reasons to Visit Jeju was created and first published by TheSmartLocal.com.