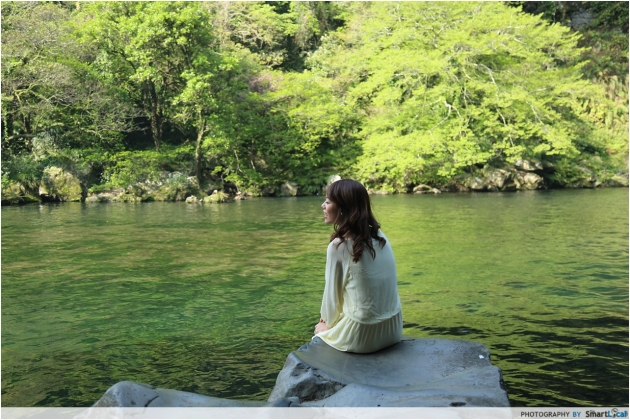 In Day 3 of our Jeju Trip, we explored the Jeju Folk Village Museum and trekked up Sseongsan Sunrise Peak. In the final part of our series, we continued our self-driving adventure exploring more of Jeju’s natural wonders.

The Cheonjiyeon in Cheonjiyeon Falls literally means “God’s pond” in Korean. Legend has it that the 7 fairies who served the King of Heaven would descend upon this waterfall to bathe in its clean waters.

While swimming and soaking in the waterfall is not permitted, the trip to Cheonjiyeon is worth it if you want to indulge in the sights and sounds of the waterfalls.

Getting to Cheonjiyeon Falls 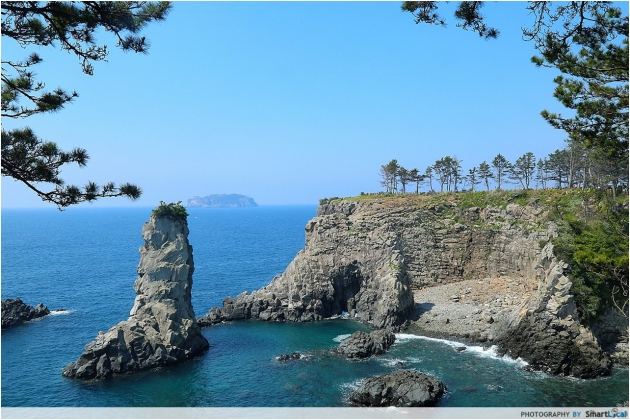 The Oedolgae, also known as the Changgun Rock, is one not to be missed. Dedicate at least 2 hours of your evening walking along the Oedolgo walking treks, or if you’re game enough, trek through the rocks and to the cliffs (like I did!) and take amazing picturesque photos. 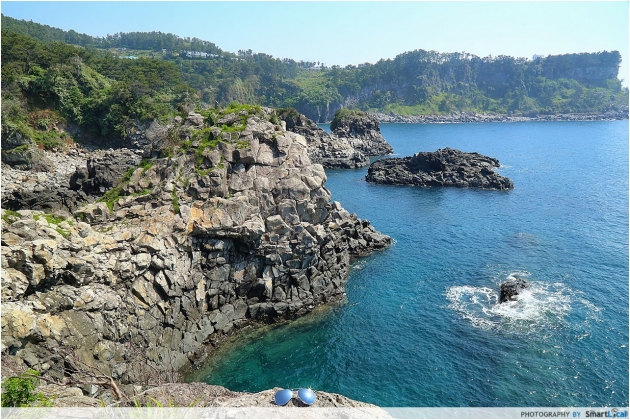 Though we did not manage to visit Oedolgae during sunset, it has been said that the view during sunset is absolutely breathtaking. 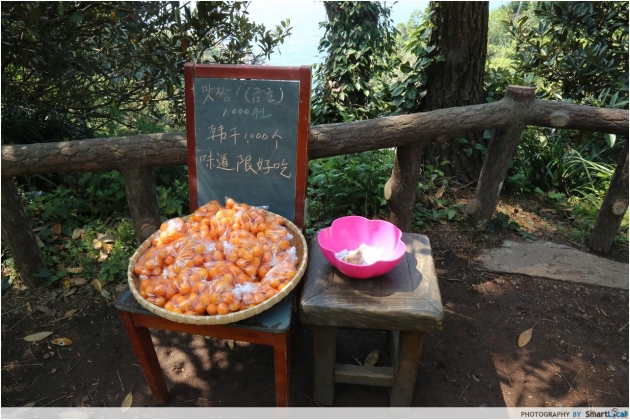 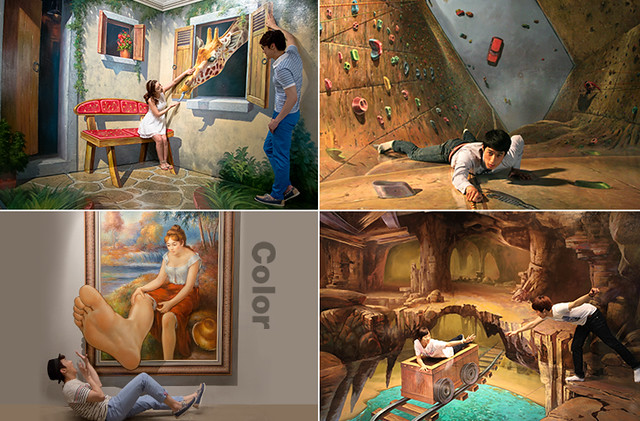 The Museum is a trick art museum that houses tons of 3D paintings and murals for you to use as your backdrop, just bring out your inner drama queen and get ready to pose!

Lucky for us Singaporeans, the Alive Museum is right here in Singapore at Suntec! For something similar you can also check out our guide to the new Trick Eye Museum at RWS for a sneak peek of what Jeju has to offer.

Getting to the Alive Museum 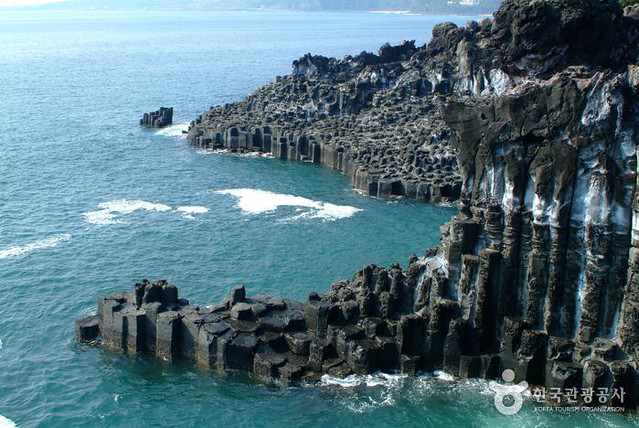 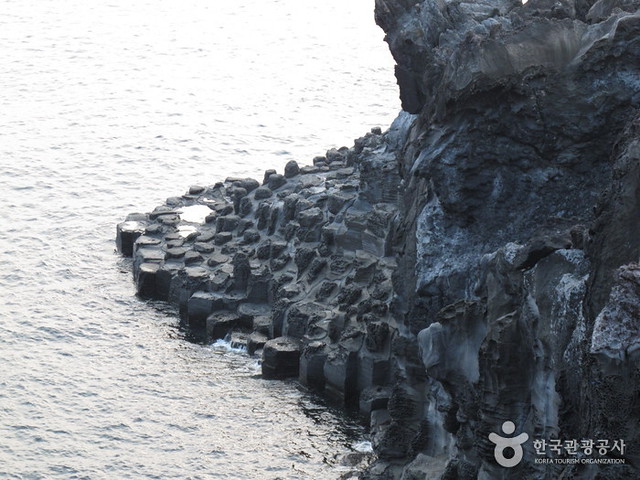 Jusangjeolli Cliff was created when lava from Mt. Halla erupted and interacted with the cold seawater. Mother Nature once again impresses us with the phenomenon of perfectly-shaped hexagonal formations arising out of the lava-seawater mixture.

The cliff is also a great place for a family day-out – end your morning stroll by the cliff by indulging in fresh seafood and ice-cold Soju available at the end of the walking trail.

Getting to Jusangjeolli Cliff 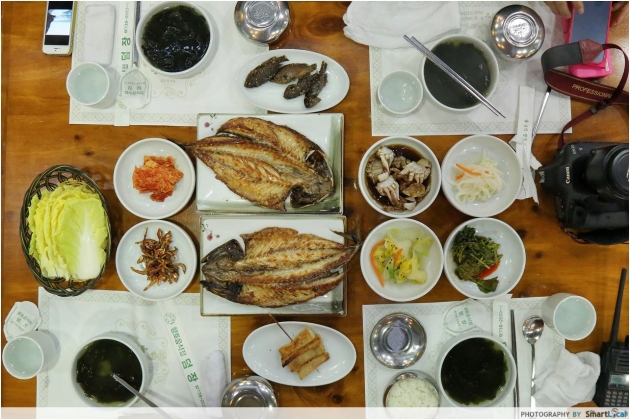 And that wraps up our to Jeju, South Korea! Although we covered some of the most popular attractions in Jeju, 4 days is simply not enough to explore all of Jeju’s beauty. So go ahead and make your trip to Jeju yourself! 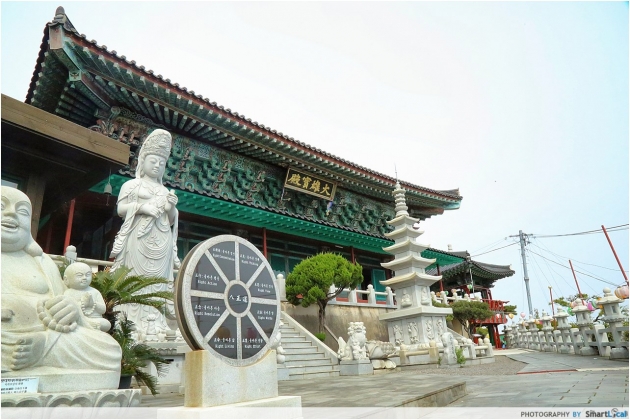 Be sure to check out this video we filmed while we were exploring Jeju!

If you’re looking for a different type of holiday with driving, Jeju is one of those places which just makes sense to rent a car and explore. And if you’re the type who would rather travel in a convoy, you can consider the self-drive packages that are offered by the Automobile Association of Singapore.

They usually have special “autoventure” bundled packages for groups.