If there’s one thing the pandemic taught us, it’s that we don’t need to leave the house to have a social life. For those who’ve grown accustomed to nua–ing in the comfort of our homes rather than heading to someone’s crib for board game night, there are plenty of free online games to keep that competitive camaraderie alive.

From an online version of Cards Against Humanity to a multiplayer version of Wordle, these 11 free online games will help you bond with your pals all without needing anyone to put on a pair of shoes. Some of these games are so accessible that you can play from your smartphone or laptop browser without downloading any apps, so there’s really no excuse for anyone to bail on game night.

Check out our other related articles: 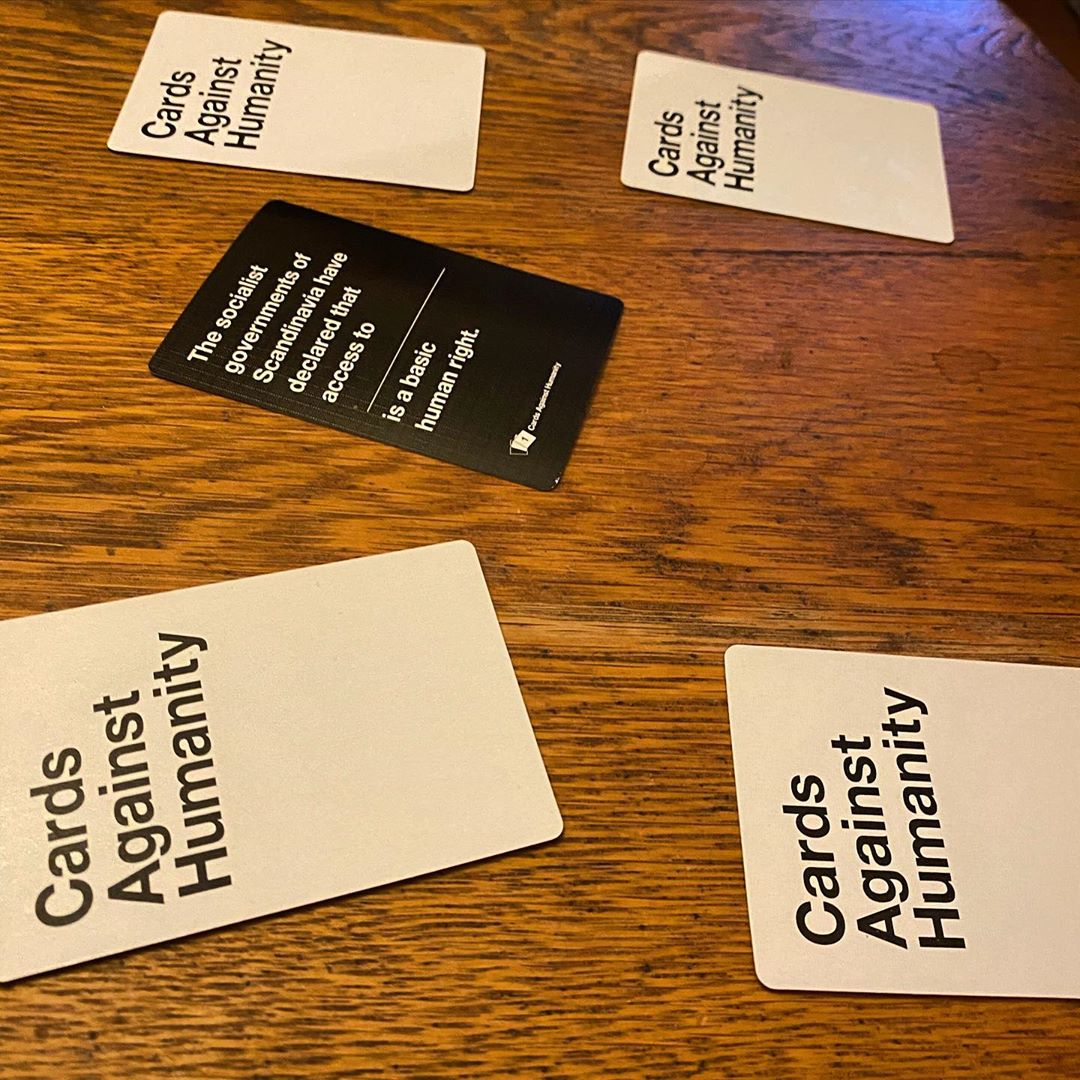 You’ve probably played the popular card game at least once in your life, but did you know that there’s an online clone of Cards Against Humanity as well? There’s no login or download needed, it’s as simple as opening a tab on your browser and creating a virtual room for you and your friends.

Cards Against CLRTD has game rooms that can facilitate up to 20 players and its database includes cards from the base game, as well as the myriad of expansion packs.

The chaotic party game is all about funny, weird, morbid and sometimes inappropriate humour as you amuse one another with outrageous answers – perfect for keeping spirits up.

Open the website, enter a nickname, create a game room, and send the invite link to your friends. You can customise the score limit, player limit and decks to play. 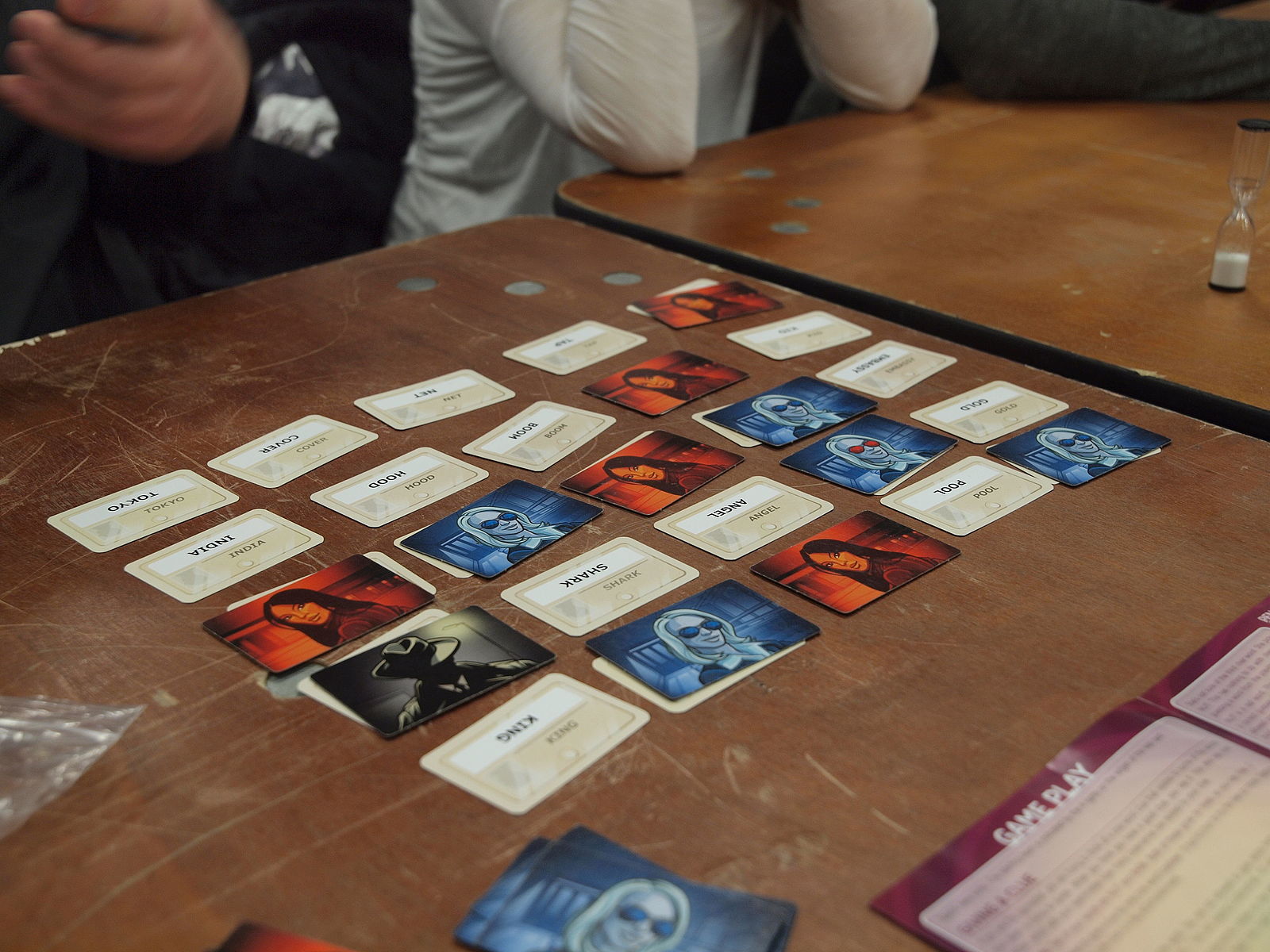 Codenames is a word-based party game that’ll test how well you and your buddies can communicate with each other. Awarded as one of the best board games in 2016, there’s an online variant that’s free and just as fun. 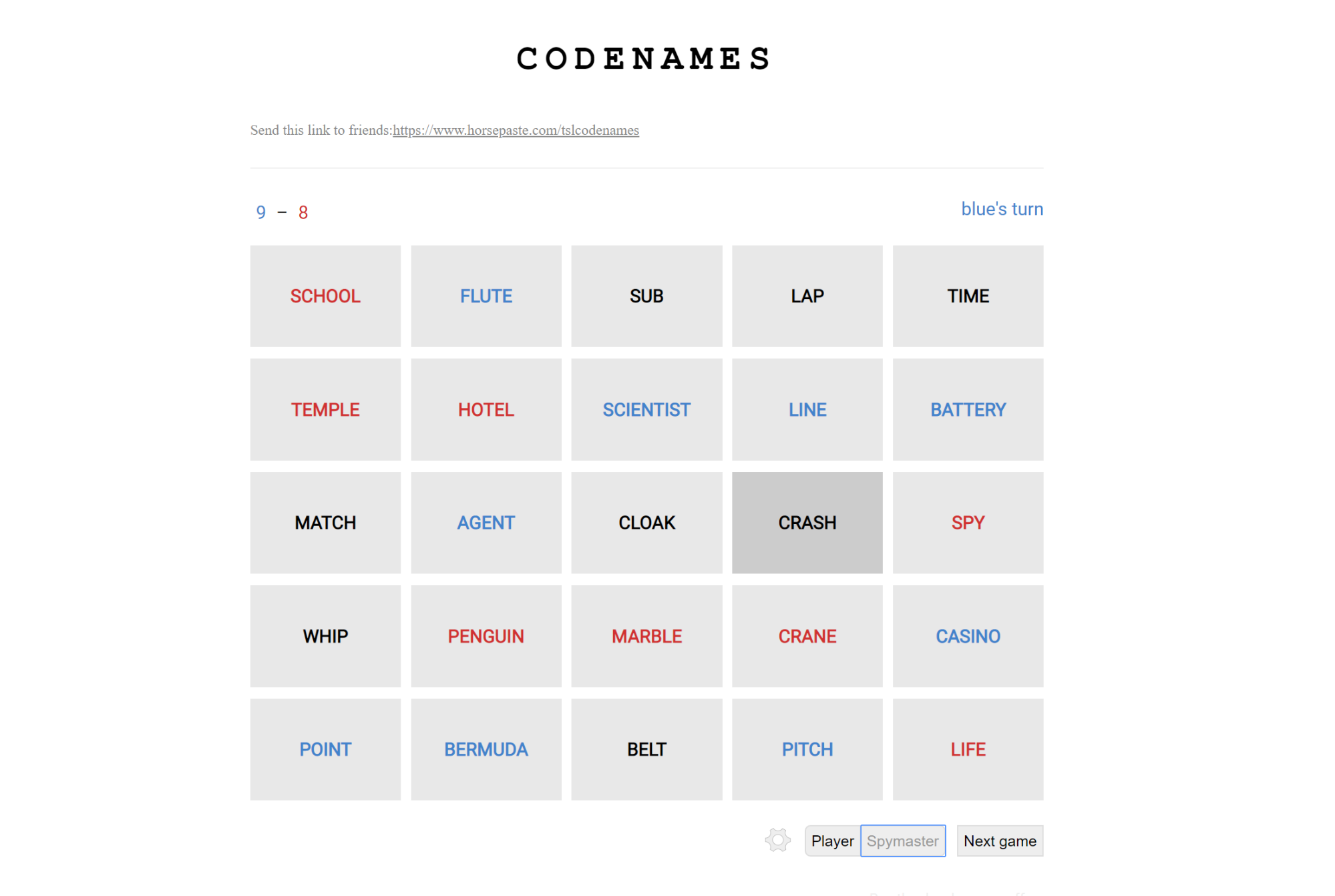 Players are split into 2 teams – red and blue – with one spymaster on each side. The spymaster gives 1-word clues and the team guesses the corresponding words until all tiles with their colour has been cleared. Nothing will beat that “Eureka!” moment when your friend correctly guesses “School”, “Temple”, “Hotel”, and “Crane” from a single word – “Building”.

How to play: Create a game room and send the invite link to your friends. 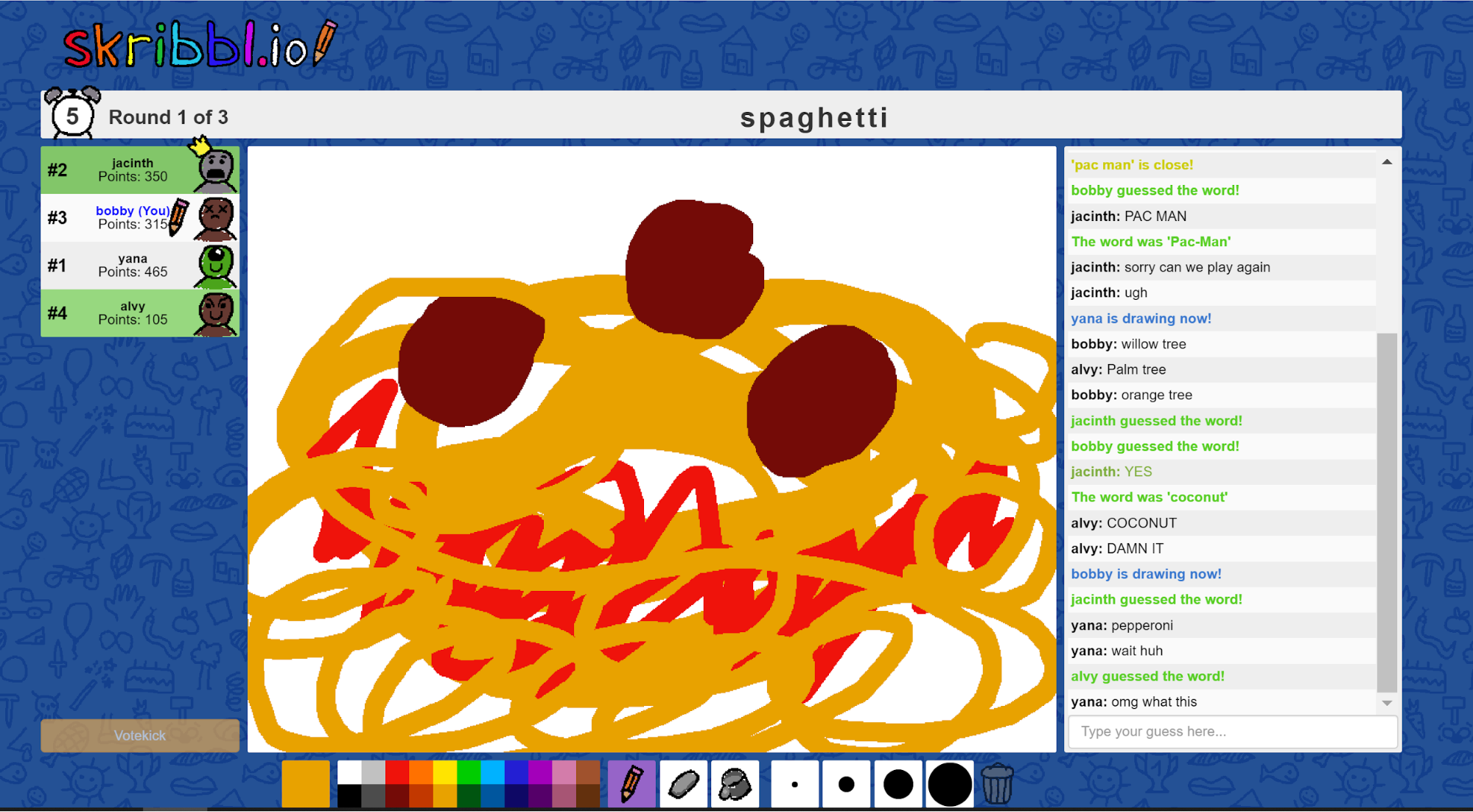 Bringing you back to the old days of Pictionary and Draw Something is Skribbl.io, an online drawing game where players must race against the clock to guess the image. While nailing a 10/10 drawing can be a challenge, anyone can have a go at it and walk out of the game as a Skiribbl.io champ.

How to play: Create a private room and customise the number of rounds, time for drawing and words for the game. Once you’re done, send the invite link to your friends. 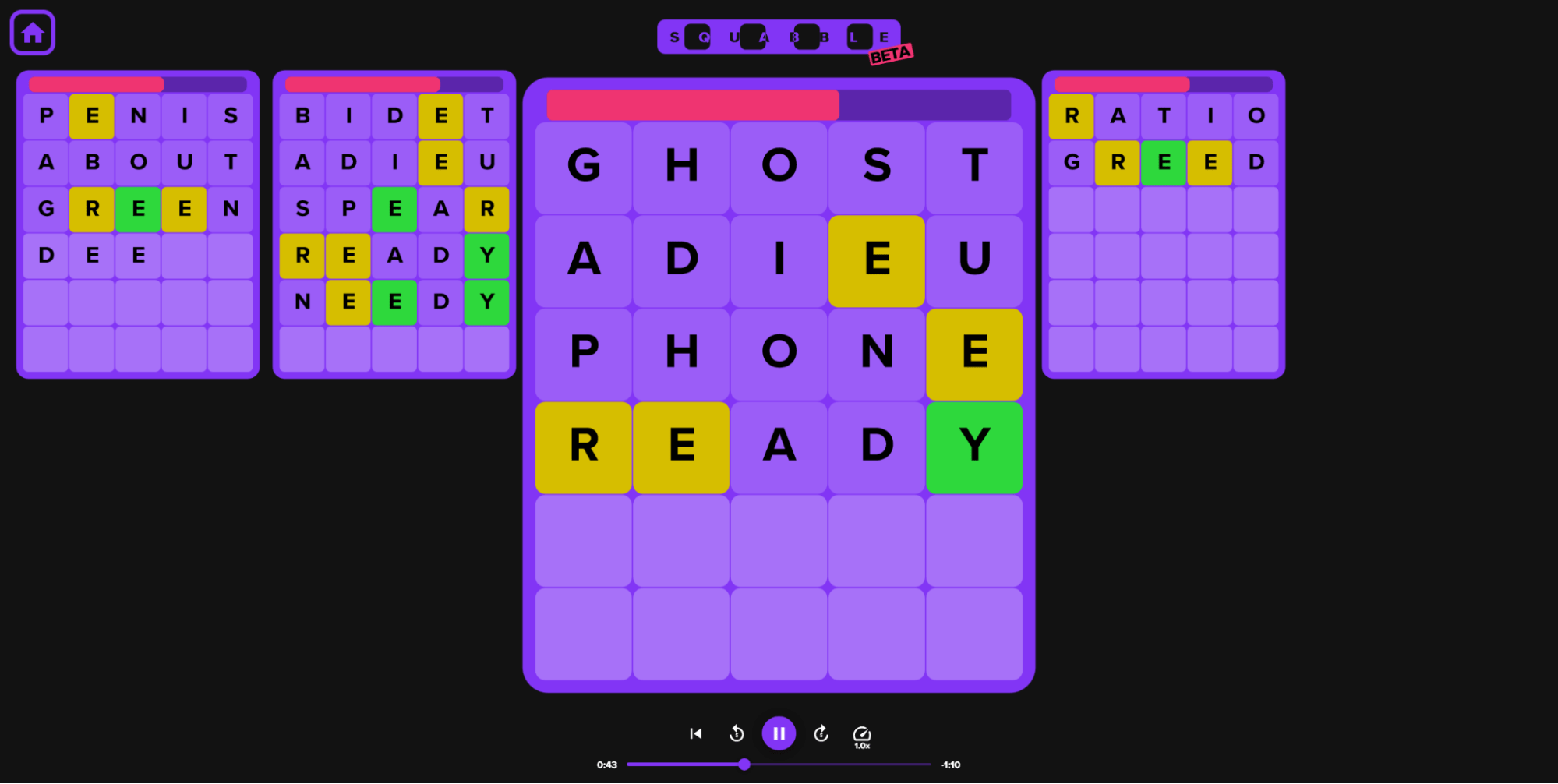 By now you should be familiar with Wordle, the 5-letter guessing game. But if you’re not satisfied with just sharing your daily score with your friends, you can challenge them on Squabble, a multi-player take on the latest viral sensation.

There’s a twist though – everyone has a depleting health bar that ends your game when it reaches 0. If you guess right, you heal a bit of health and deal damage to your opponents. If you guess wrong, you take damage. Last till everyone else is knocked out and you’ll be the champion of Squabble!

You can choose to either have an intimate vocabulary battle in Blitz mode that can host 2-5 players or a rumble with up to 99 other players in Royale mode. Check out these best Wordle starting words to get a headstart on your opponents. 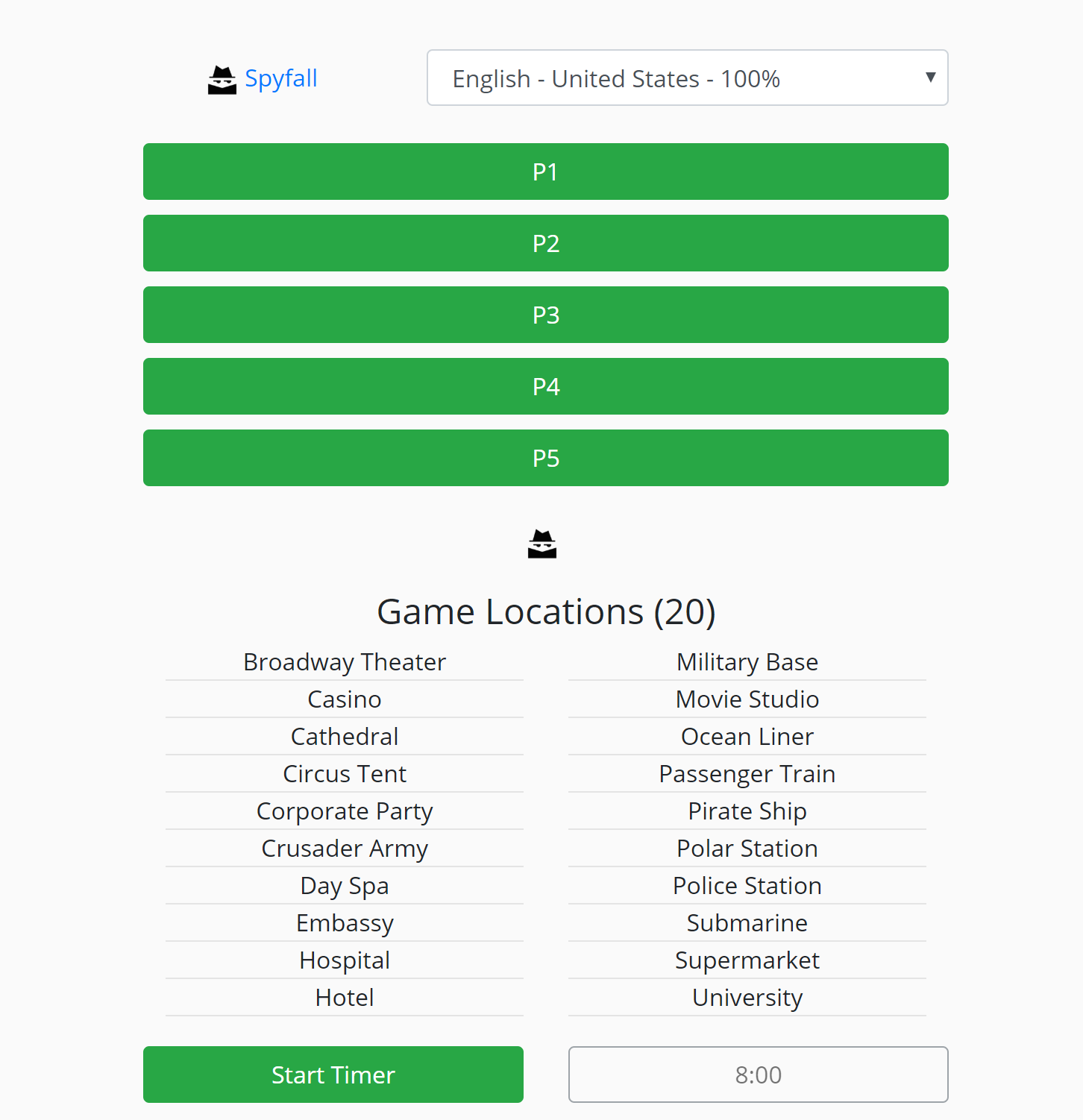 Put on your best lying face and fake it till you make it in Spyfall, a game where the spy tries to remain “hidden” while the other players deduce who it is. Everyone will get a role and know a certain location, except for the spy who has to lie their way out of a barrage of questions. 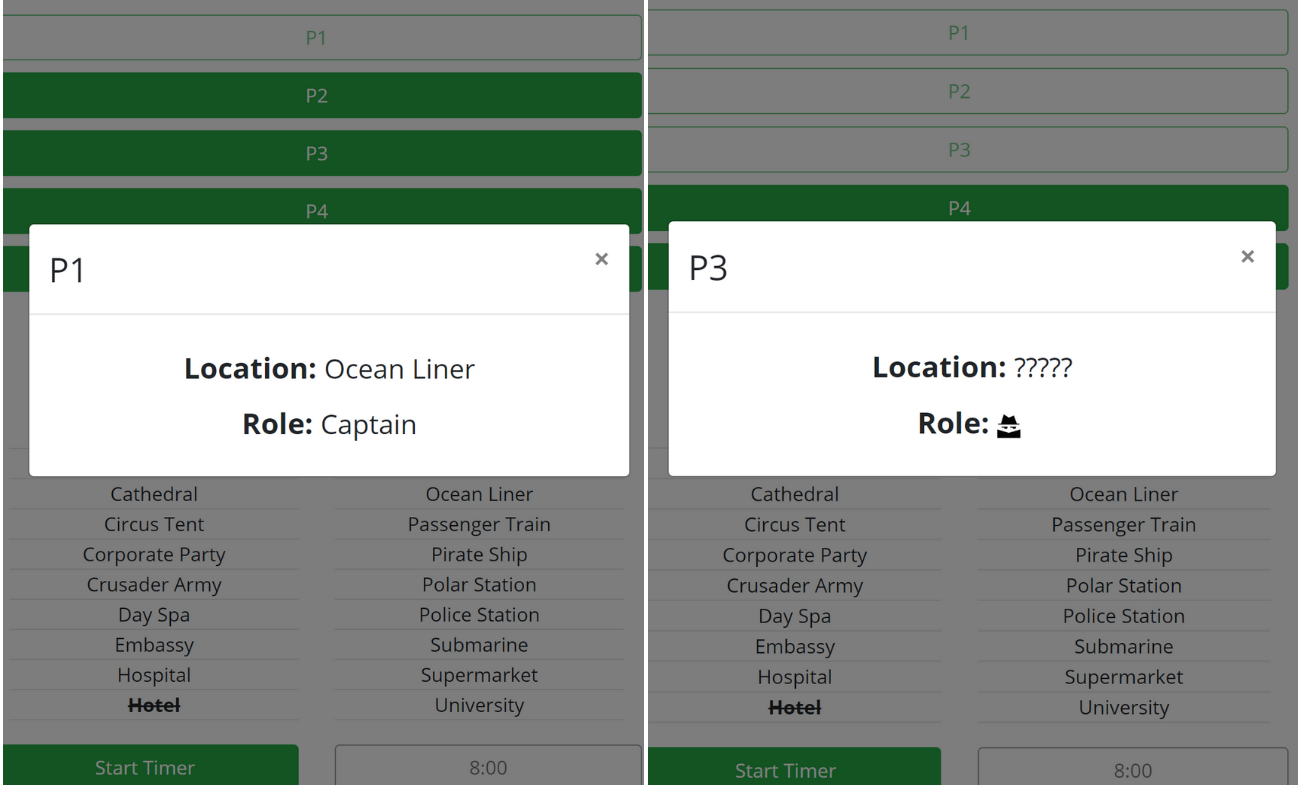 It’s also a perfect companion game for Skype or Google Hangout calls so you can catch who’s being all shifty-eyed.

How to play: Create a private room and send the invite link to your friends. You can customise the number of players or the number of locations. 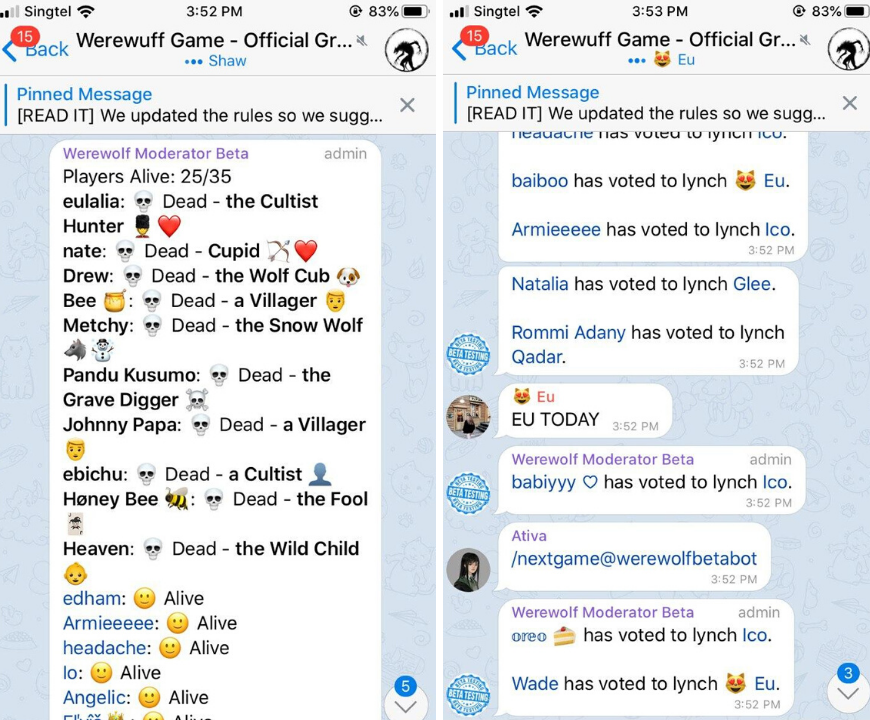 Telegram Werewolf is one of the most well-known games on the messaging app, and for good reason. Based on the iconic party game, the werewolves hide among villagers and eat one every night, while the villagers use their character’s own special abilities to expose the werewolves. It might actually even be easier playing through Telegram than IRL as the bot handles everything for you.

With over 40 unique characters and roles such as The Harlot and The Wolfman, prepare for all the chaos that can ensue as fingers are pointed and names are lynched.

Invite @werewolfbot to your Telegram group. 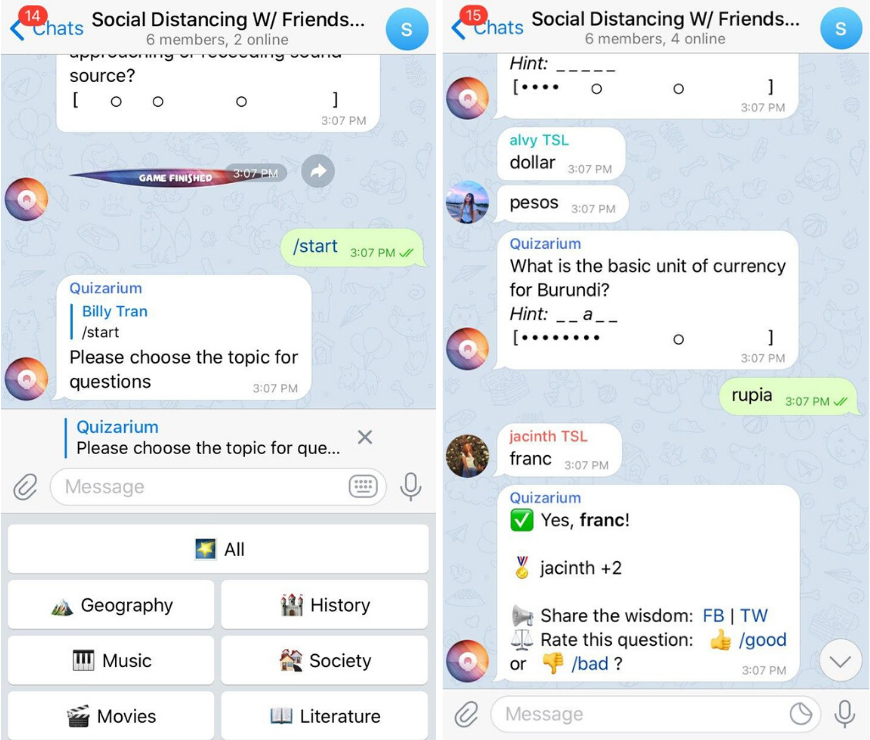 Spice up your Telegram groups with Quizarium, a free-for-all trivia game that will make use of your general knowledge. There are questions on geography, history, and music all with unlimited attempts at answering. And don’t worry if you think they’ll be too hard, the bot automatically gives hints.

Faster fingers get more points, so it’s a game of speed and wits. As a heads up to your friends, it’s best to also warn everyone of the impending spam that’s about to dominate the chat during this game.

Invite @QuizariumBot to your Telegram group. 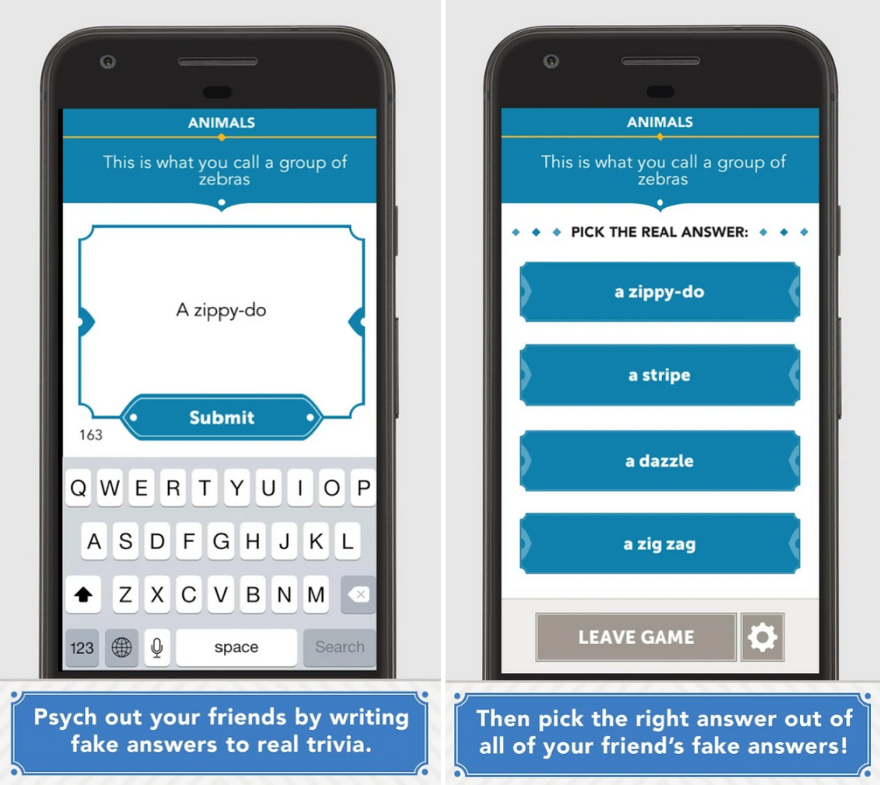 It’s rare to find an app game that is both free and has online capabilities like Psych!. The aim of the game is to outwit your friends by giving fake answers to real trivia questions. Depending on which game deck you pick, the prompts could range from making up a fake definition for an uncommon word or faking a plot of an obscure movie title.

Among the free party packs, “And The Truth Comes Out” involves your friends by personalising the prompts. For example, questions will be like “If Jessica were to be arrested tomorrow, it would most likely be because…” and the best answer wins. It’s a true test of friendship to see how well you know each other – and how strong your friendships really are.

How to play: Download the application and invite your friends and create a room together. 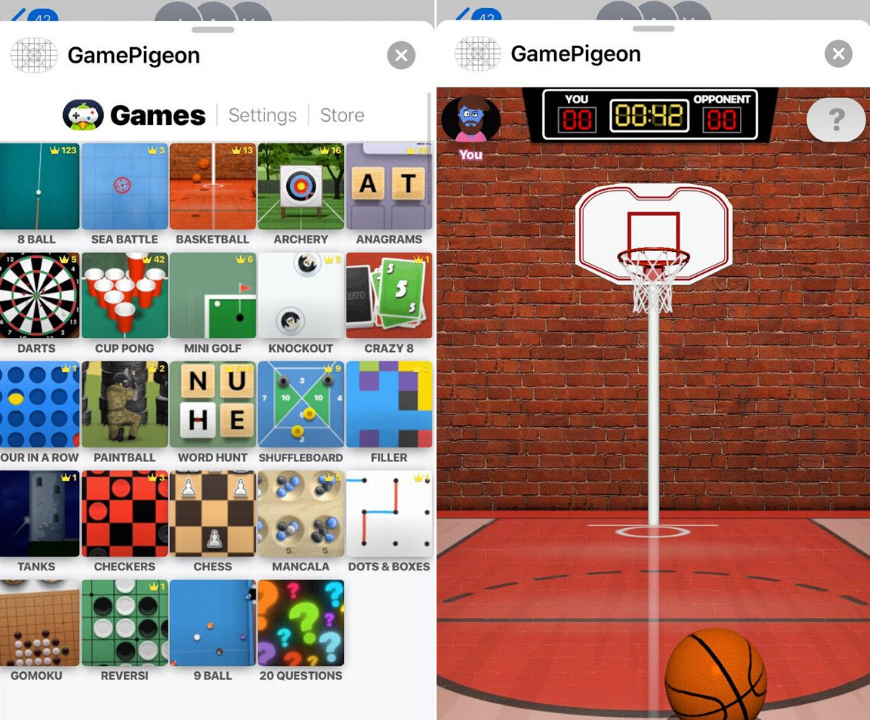 Game Pigeon is like a library collection of party games that’s available on iMessage. You have classic phone games like 8 Ball and Basketball along with more traditional games like Chess and Mancala, all entertaining in their own way.

While most of the games here are limited to 2 players, you can still send them in an iMessage group chat and the first one to accept your invite will be your challenger. For more virtual interaction, Crazy 8, which is similar to Uno, is a game that can have multiple people playing at once.

How to play: Grab your friends, download the application and send each other game invites via an iMessage group chat.

Number of players: Varies on game 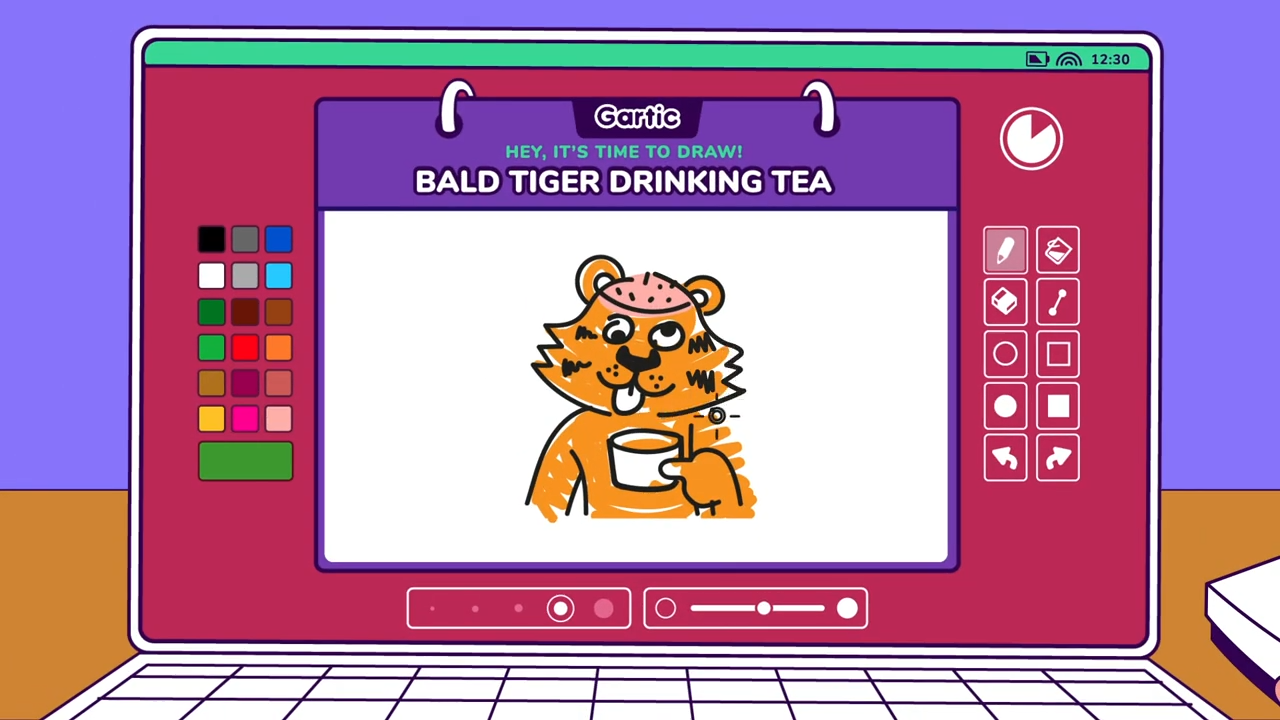 Skribbl.io meets Telestrations in Gartic Phone, a simple game about drawing and deciphering what exactly your friends have drawn. Each player starts out creating a prompt which another player has to draw. That drawing then gets passed to another player who has to describe what they’re seeing, and another player will have to draw that guess. This cycle goes on depending on how many players there are.

While the classic mode can be very fun and chaotic by itself, you can amp things up with different modes such as Speed Run where drawing time is cut short and Knock-Off where you have to replicate a drawing as the timer ticks down.

How to play the game: Invite your friends to a voice call and join a lobby. History buffs can battle it out in a game of wits with Time Heist. From major events that stunned the world to trivial facts about lesser-known celebrities or scholars, you and the gang will be working in teams – the Paradox Thieves or Guardians of Time – to nail these questions within seconds.

Time Heist is no different from Heads Up. However, in this game, the roles are reversed and only the captain is given visible access to the topic or word at hand while the others are left to guess. Thus the captain will need to work hard to leave clues about the category, century and gist of what the word is without revealing it. 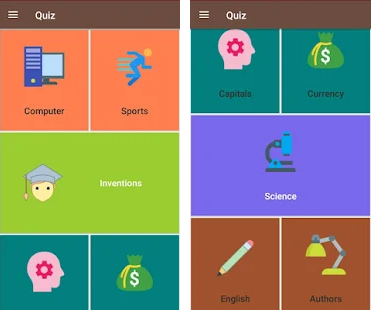 Rack your brains with hard-hitting questions with QuizUp, a trivia game where you can compete with friends or people around the world to answer more than 4000 trivia questions. Regardless if you’re an info whiz, you’ll still be able to lock in some badges from any category and have the novel experience of creating your own trivia questions.

Note: QuizUp has since been discontinued as of 20th January 2021.

Whether your clique loves to draw or they prefer to flex their wordsmithing, these free online games should be enough to keep you and your friends entertained without having to spend a single cent. 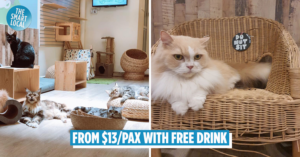 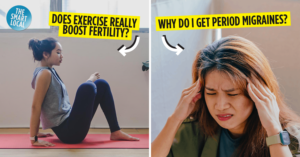