Imagine this. You’ve spent all your currency to pull for your favourite character, Hu Tao. Yet after 50 pulls, false hopes, and multiple prayers to lady luck, you still don’t have that elusive hero in your team. Even after countless sighs, the indescribable euphoria of finally unlocking heroes and equipment is what makes gacha games so captivating and keeps us coming back for more.

With ultra-popular gacha games like Genshin Impact on the rise, these 15 mobile gacha games will test your luck and inject extra excitement into your free time each day.

For more articles on games: 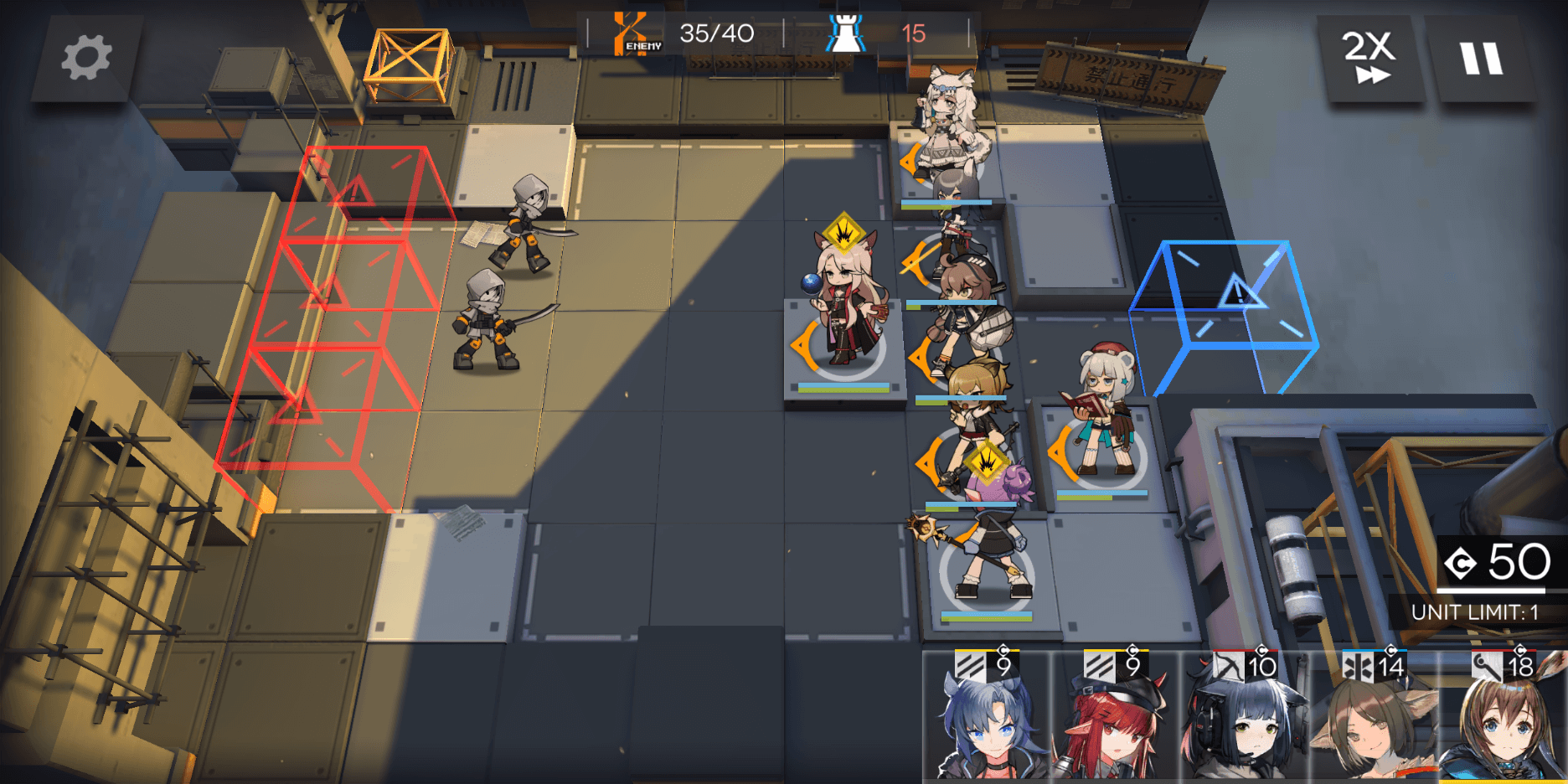 If you’re a fan of tower defence games like Plants vs Zombies, you’ll be sure to enjoy Arknights, a gacha game featuring cute anime characters as “towers”. Your characters ward off your enemies with flashy attacks, and you can even deploy extra characters to engage in melee combat when the onslaught of creeps gets overwhelming.

It’s mostly focussed on single-player gameplay, but does have a few social elements – letting you borrow unique characters from friends as you pit yourself against tougher levels or time-limited events to unlock extra loot. 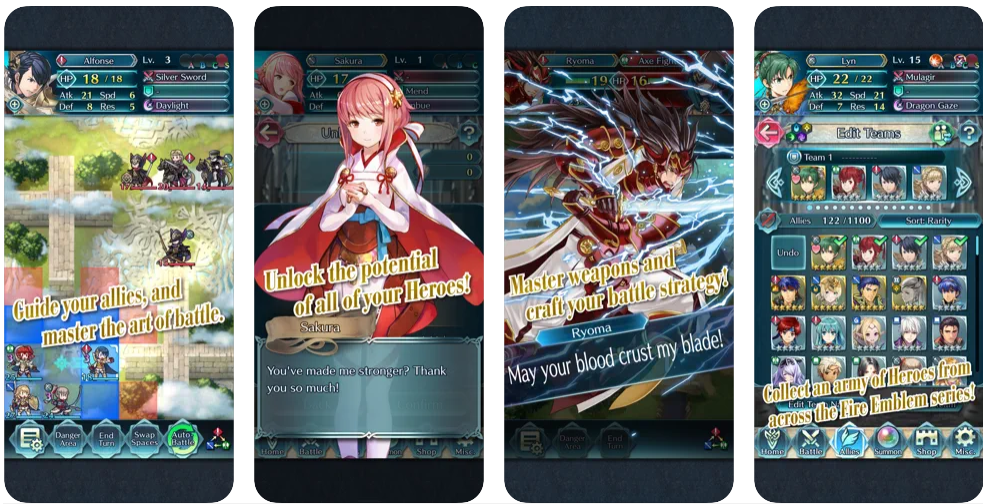 There’s no question that Nintendo knows how to design addictive games, and Fire Emblem is one of its longest franchises that’s now more than 30 years old. Fire Emblem Heroes brings the OG role-playing game (RPG) to mobile, letting you strategically place your favourite characters on a 2D map based on their type and abilities.

You’ll be hooked in no time as you obtain new characters while you figure out the best team combinations to take on your foe.

Genshin Impact fans should look no further than its predecessor Honkai Impact 3rd, also developed by miHoYo, a game studio known for their anime-oriented mobile games.

Honkai Impact stands out from the rest thanks to its adrenaline-pumping gameplay that will appeal especially to fans of action-combat games. Positioning, timing, character swaps and skill combos make dexterity and reaction time extra important, especially when well-timed dodges are rewarded with extra perks.

That way, even without the best characters, you can still make it up with your gaming prowess. Moreover, it offers a real-time co-op mode so you can clear difficult stages and event-limited dungeons with friends during your downtime together. 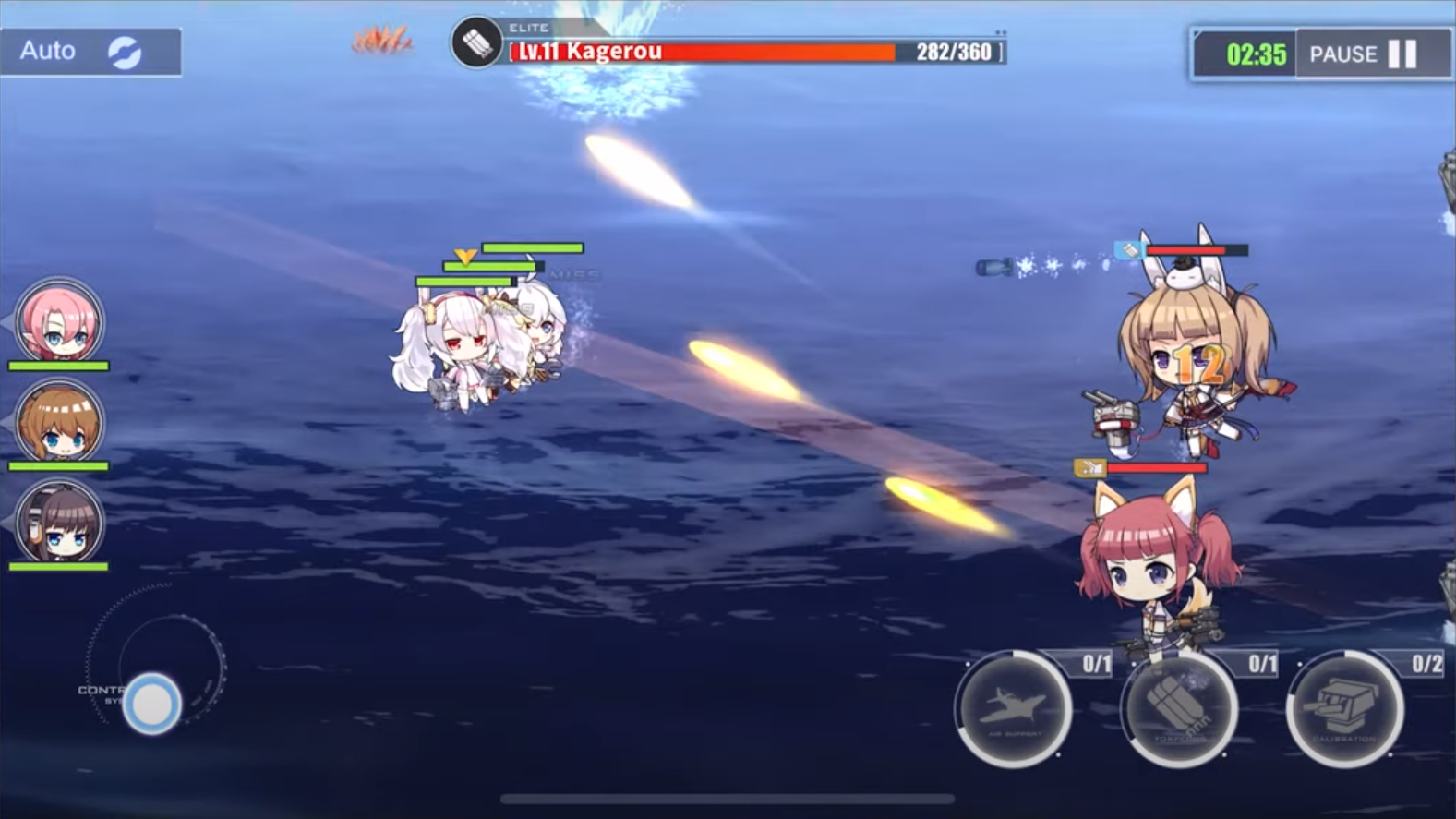 For history enthusiasts and WWII buffs, Azur Lane features over 300 battleships as… “shipgirls”. As extremely adorable wide-eyed personifications of the British destroyer HMS Javelin or a German U-boat, you’ll carefully position your characters to dodge incoming fire while taking aim at the enemy.

With its simple gameplay and personable characters, Azur Lane has a huge community of fans who also enjoy its especially generous gacha system that rewards players well with ships and other drops.

From anime girls as battleships to the personification of Mother Earth as Earth-chan, a kawaii twist can make almost anything better – so why not Mahjong too?

Mahjong Souls is the ultimate game of luck where you can gamble for new items and characters, which do not affect the core gameplay in any way. While online mahjong games are everywhere, Mahjong Souls sets itself apart with its focus on levelling your anime character to unlock stickers, voice lines and other items.

If you’re just looking for a cute mahjong game to pass the time, this game is a solid choice, though you might just be tempted to roll for a character you fancy. 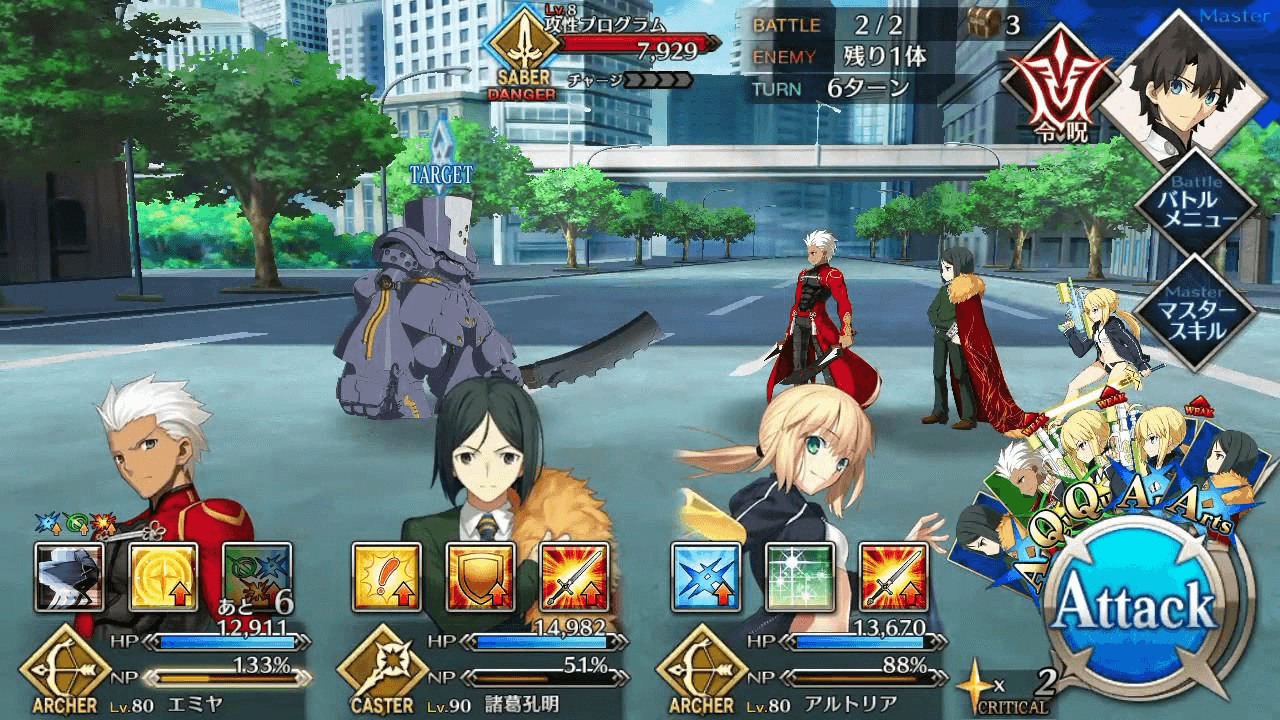 Gameplay follows a rock-paper-scissors class system, so you’ll have to build a well-rounded team with complementary loadouts to excel in battle.
Image credit: Aniplex

Featuring characters from the popular Fate anime series, Fate/Grand Order is a turned-based RPG that plays much like a visual novel – letting you pick dialogue lines that will affect the story and even the difficulty of your next battle.

In terms of gameplay, there’s a pretty steep learning curve as you trial-and-error different classes and loadouts to find out the perfect combo for each opponent. Coupled with great anime-style visuals and characters that fans have come to love, Fate/Grand Order is an enjoyable and easy-to-play gacha game even for newcomers. 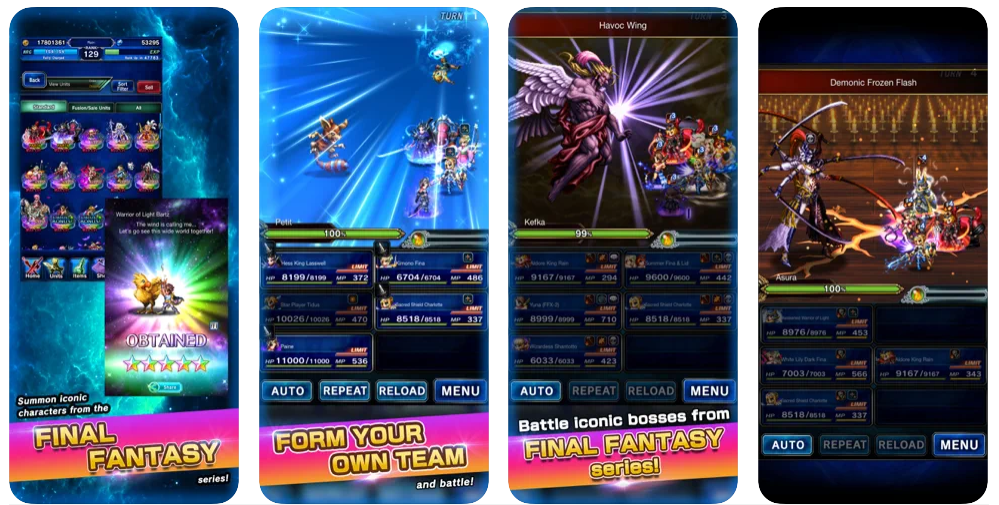 Touted as one of the best RPG series, Final Fantasy has come a long way since its inception, spawning numerous games, movies and even novels. For those who simply can’t get enough,  Final Fantasy Brave Exvius is a turn-based RPG featuring characters from other Final Fantasy titles, plus crossover characters from series such as Nier:Automata and Lara Croft.

The retro-style game takes you on a long journey through multiple story seasons as you team up for multiplayer raids and participate in time-limited events for exclusive characters and items. It even has an AI-controlled PvP mode that lets you experience player-versus-player gameplay without lengthy waiting times and the worry of AFK enemies. 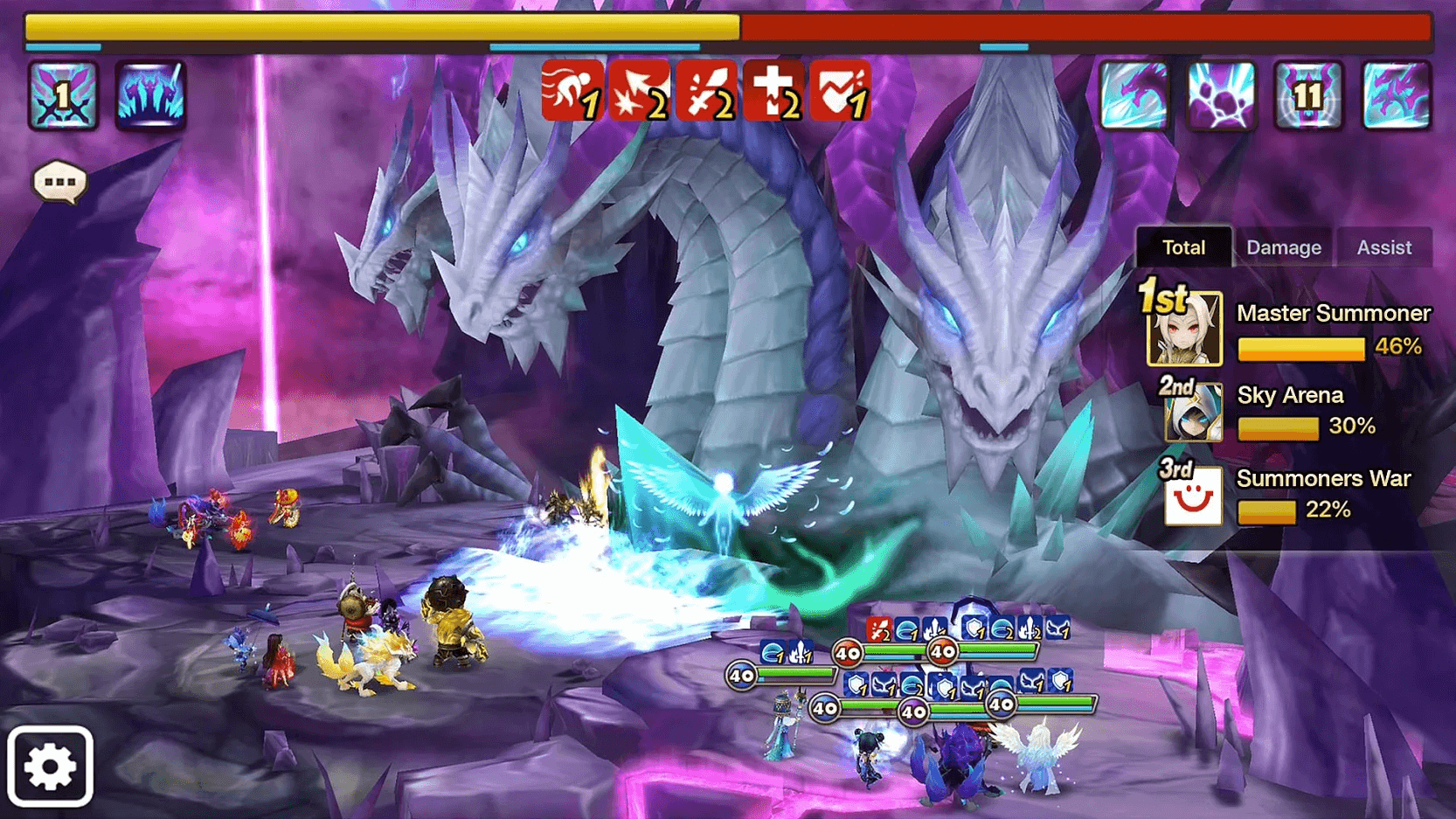 No gacha game list would be complete without the OG Summoners War. Starting all the way back in 2014, the turn-based RPG is still going strong with over 1000+ characters and regular updates with features such as real-time raids and real-time PvP.

For those who are afraid that it is too late to join in the party, you can still become a competitive player within a month and access extra content to help level up your characters quickly, provided you clock in your daily quests. As a new player, you’ll also have ample content to grind through given its seven years of content updates. 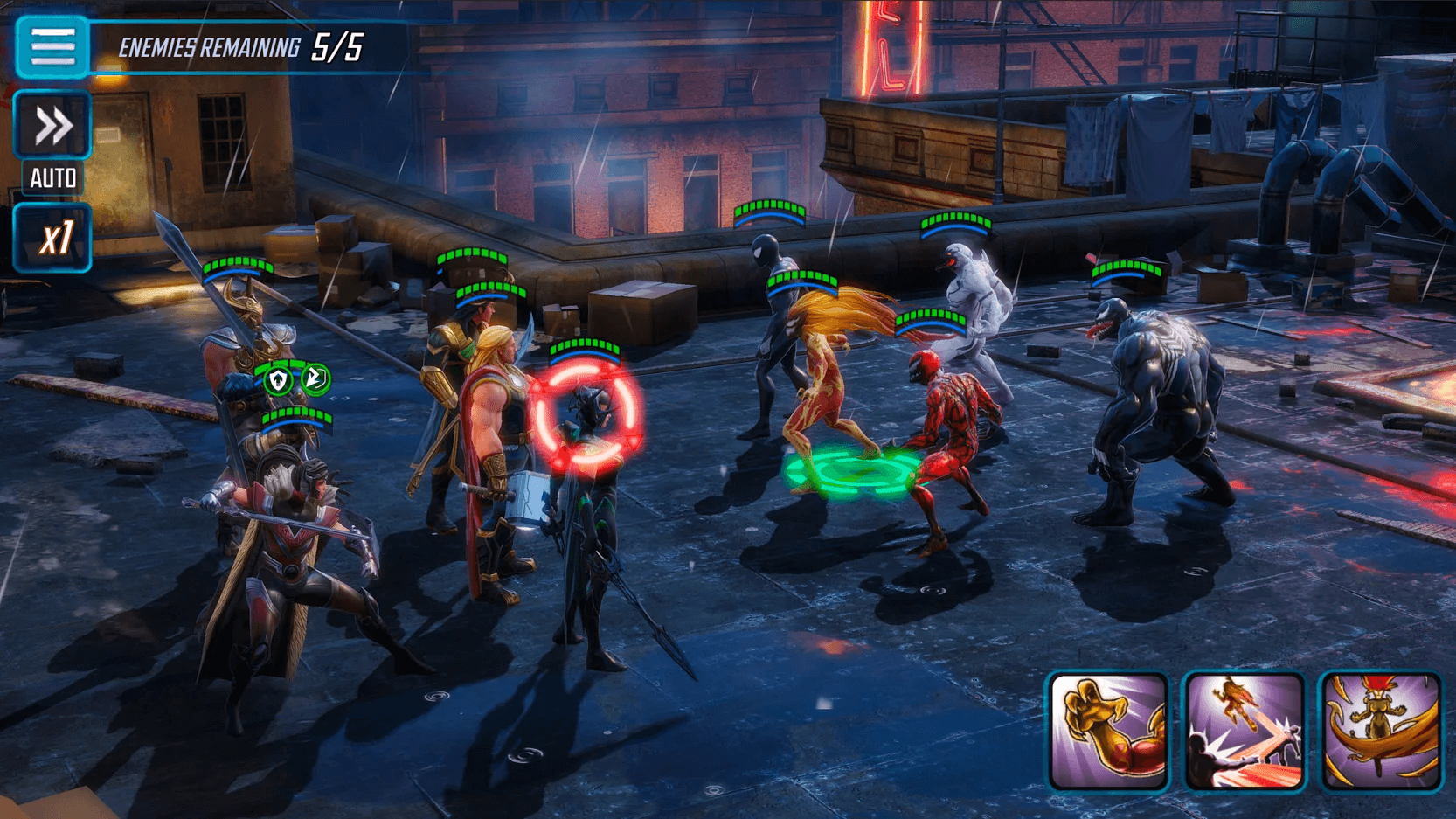 Whether you’ve caught every movie from Iron Man to Avengers: Endgame, or have a prized stash of Marvel comic books at home, Marvel fans will enjoy Marvel Strike Force. The turn-based RPG has all the popular characters like Thor, the Hulk and Deadpool plus lesser-known ones like Moon Knight and Cable for longtime fans.

You’ll play through a questline with a unique Marvel Strike Force backstory while acquiring characters and forming unlikely teams – Want Thor, Loki, Spiderman and Carnage teaming up to face off other superheroes? No problem. The game features regular events too where you can play to acquire limited characters or battle your way to the top with PVP seasons. 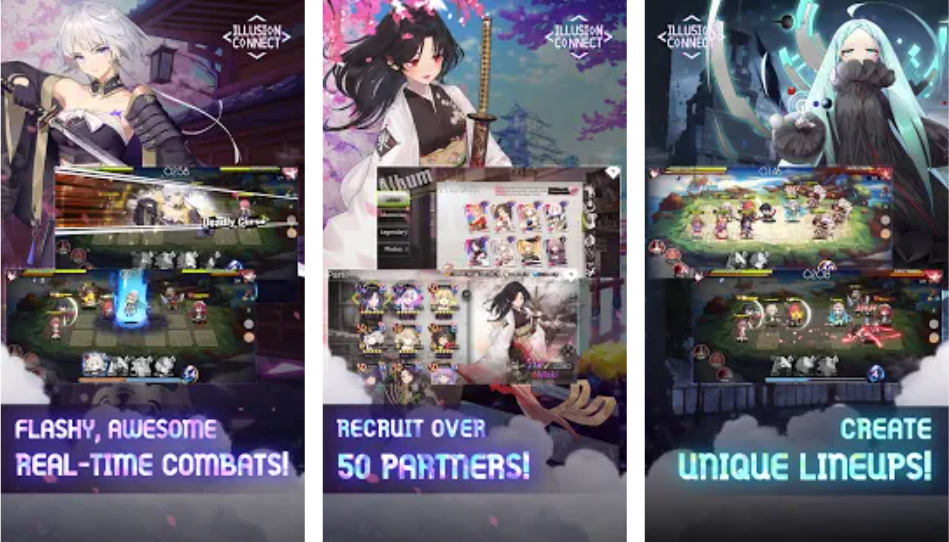 For the highly competitive, gacha games can demand long daily grinds to reach the top. Luckily, Illusion Connect lets you play very casually with its sweep system: a system that lets players auto-clear dungeons and even PvP matches once you’ve perfected them. This means that you can finish your daily missions in mere minutes.

On top of that, the real-time combat strategy game has a rewarding learning curve that makes it easy to get started – coupled with stunning graphics and cute/cool character art to keep you going. 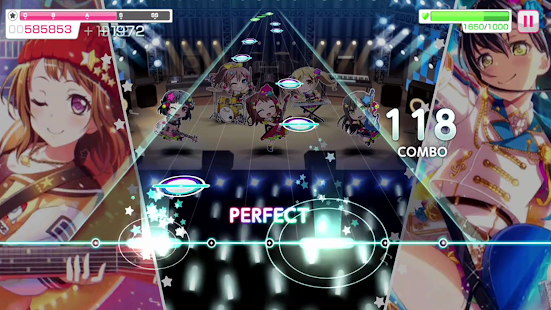 For those familiar with Tap Tap Revenge back in the day, BanG Dream! Girls Band Party! lets you see if you’ve still got your skills as you tap, swipe and, in some cases, shake your phone to the beat. The only catch is that you’ll have to pull for your favourite idols, with rarer characters translating into higher scores.

Bang Dream features its own all-female bands that produce their own original songs while covering popular J-culture songs such as Fuwa-Fuwa Time, Don’t Say Lazy and Lost One’s Weeping. 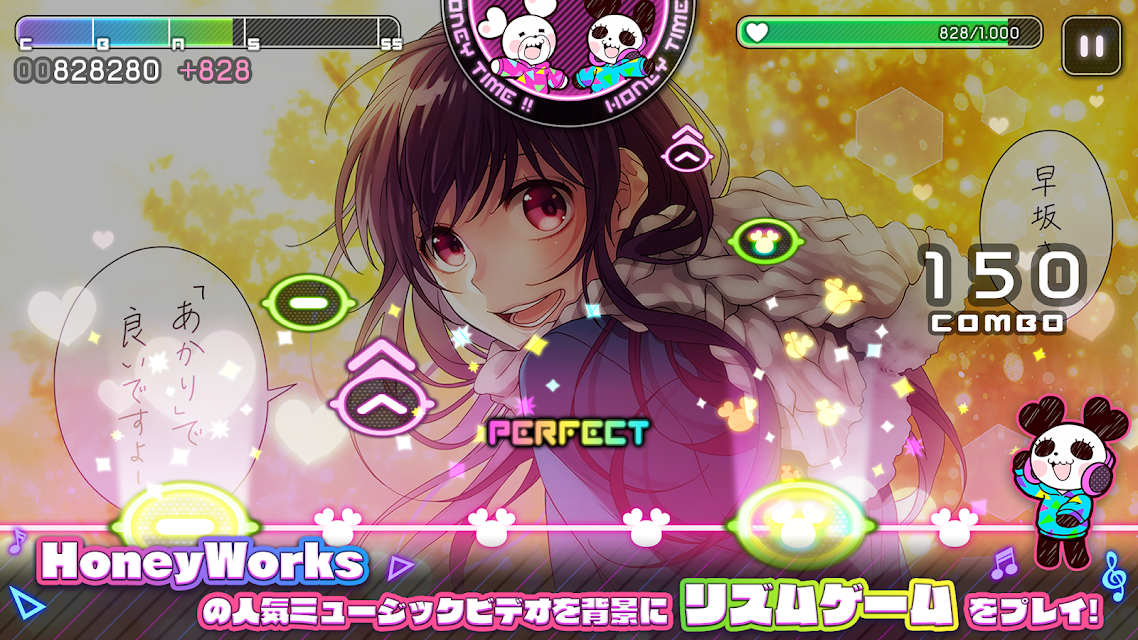 If you’re a HoneyWorks fan, then HoneyWorks Premium Live is a must-have rhythm game. For the uninitiated, HoneyWorks is a music group that has become popular across Japan and across the world for its songs and heavy emphasis on storytelling and its characters.

It has a robust selection of HoneyWorks songs including Friday’s Good Morning (Kinyoubi no Ohayou), Tokyo Summer Session and Senpai, alongside your favourite HoneyWorks characters to collect and build your team with.

Within the game, you’ll often have the chance to unlock regular characters – but keep an eye out for opportunities to roll for special edition ones that feature outfits from various music videos and album covers. Those interested in extra stories within the HoneyWorks world will be delighted with unlockable character stories, complete with voice acting and animations. 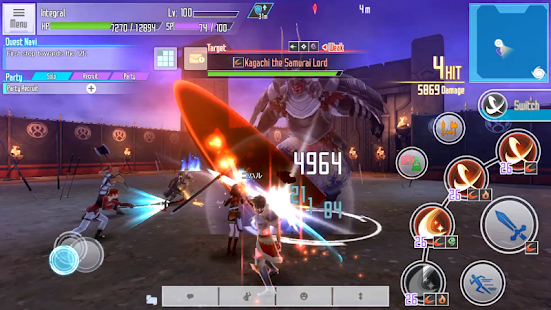 Ever wanted to battle your way up the 100 floors of Aincrad just like in the anime? In Sword Art Online: Integral Factor, you can do just that. Featuring the likes of Kirito, Asuna and others, the game lets you roll for your favourite characters and weapons – including the Excalibur – to fight all those mobs and floor bosses.

Integral Factor is also a full-fledged MMORPG so you can party up with your friends to take on quests. As you progress, you’ll get to experience the story of Aincrad firsthand while discovering additional side stories too, making it the perfect game for those who like immersive storylines and Sword Art Online fans alike. 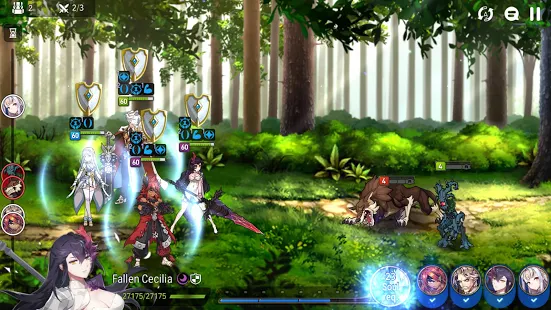 If you’ve got fond memories of hours spent exploring in Adventure Quest back in the day, Epic Seven might just be up your alley with its cool art style and character design. The 2D turn-based game offers a great storyline with smooth visuals and plenty of viable characters.

Aside from it’s widely praised Player versus Environment (PvE) content where you battle computer-controlled foes as part of quests, you’ll get to enjoy real-time PvP with players all over the world. 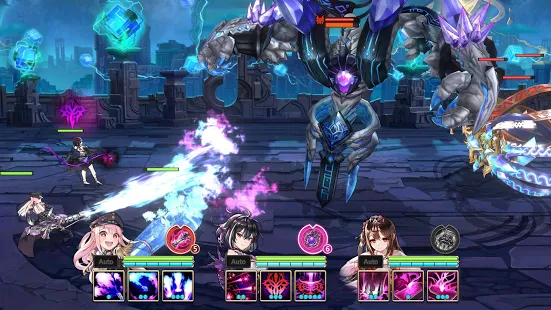 Gamers with a love for team-building and theorycrafting – drafting up optimal strategies or combinations of equipment – will enjoy King’s Raid where you can form huge parties of eight characters – opening up a vast number of possible combinations when compared to other gacha games that only allow for three to five at a time.

The turn-based RPG also has a captivating and emotional story about a knight-in-training who unravels the mystery of his brother’s disappearance.

Best of all, there is no character gacha so you can choose any character you want just by playing. Nonetheless, you’ll still get a good kick while rolling for weapons and equipment to boost your team’s performance.

Get lucky with gacha games

Many of us remember the trembling excitement we had as kids when retrieving the canisters from gachapon machines. To recreate that anticipation of unboxing a rare character or upgrade, these mobile gacha games offer a whole range of game genres, characters and storylines to keep you coming back for more.

Check out our other articles here: 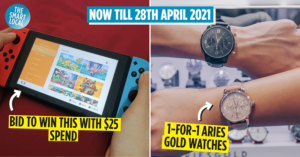 Jurong Point Now Has 1-For-1 Deals, Voucher Giveaways And Apple & Dyson Items You Can Bid For
Orchard Central Now Has Daily $20 Free-Flow Beer At Walking On Sunshine, For Affordable Drinks... 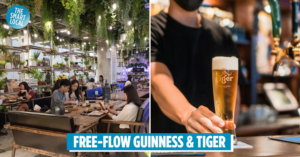