“I looked out of the train,
And I suddenly saw the empty station
As we hurtled through, with a hollow roar…” 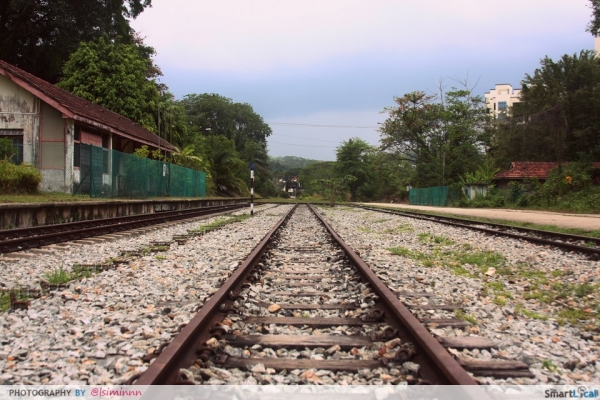 The KTM railway in Singapore once made the news in 2011 when the government abruptly announced the decommissioning of the KTM railway. Hordes of people flocked to the various railway stations then – to catch the last few trains which served one of Singapore’s busiest routes. Perhaps to capture a moment of history and stand on the railway tracks for one last time before it went down as a chapter in Singapore’s history books.

The frenzy that ensued after reports of it closing down has since died down, with the place being thrust out of the public eye. Even though the railway track is no longer in use, it still exists as a sentimental reminder of Singapore’s railway history and heritage. And now, we’re going to explore this quaint old railway to see what’s become of it and its surroundings after the decommissioning of the Malayan Railway in Singapore.

Bukit Timah Railway Station was a railway station owned by Keretapi Tanah Melayu (KTM), the main railway operator in Malaysia. It opened on the now defunct Tank Road mainline in 1903 and was rebuilt on the current Singapore-Johor Bahru KTM Inter-city mainline in 1932. This was until the Jurong Line shut down and it was a crossing loop station in the late 1940s until closure. The station was a freight interchange for the currently inoperative Jurong Line from 1965 to the early 1990s.

On 1st July 2011, the line closed following a historic land-swap agreement between the Singapore and Malaysia governments which saw rail service between Woodlands and Tanjong Pagar cease. Most of the tracks were removed, but there are still a few places with tracks left for the interested explorers to visit. Once a crossing loop station and signalling control house, the Bukit Timah Railway Station (now known as Bukit Timah Railway Corridor) is now part of Singapore’s Nature Society and URA’s Rail Corridor project.

How To Get To Bukit Timah Railway Corridor 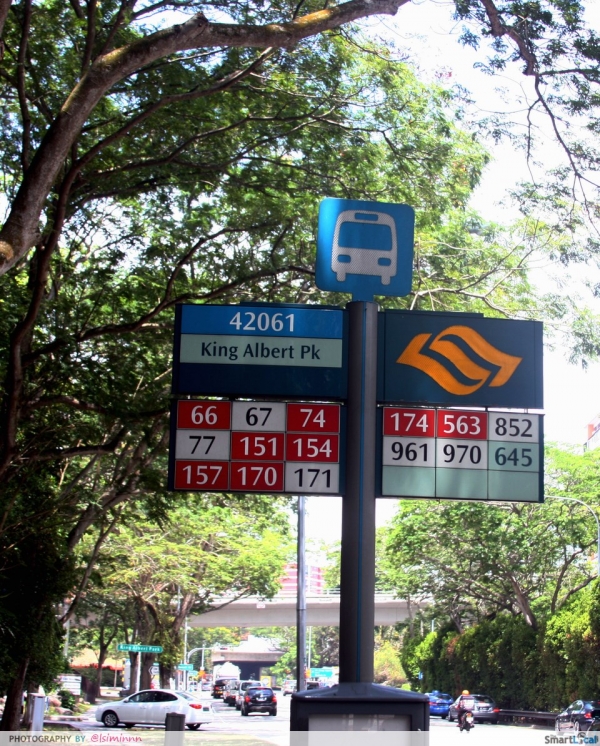 From the bus stop, you should be able to see the famous steel truss bridge stretching above Bukit Timah Road. Walk towards either end of the bridge and enter from there. 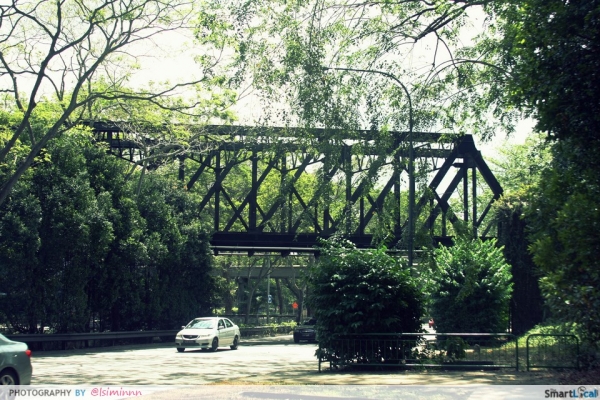 Before I went exploring, I was so worried that the unused railway station and tracks would be already torn down and removed, with only trees and grass left, but my worries were unfounded. As of 27 March 2014, The Bukit Timah Railway Station and truss bridge were still intact, with certain railway tracks left as they were before train services were discontinued. However, the railway station was fenced up, rendering me unable to enter and explore the premises. What a pity! 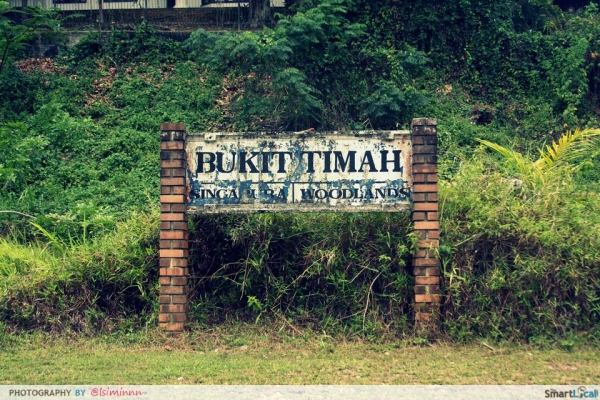 The iconic signboard at Bukit Timah Railway Station, with paint peeling away, revealing hints of its former glory. 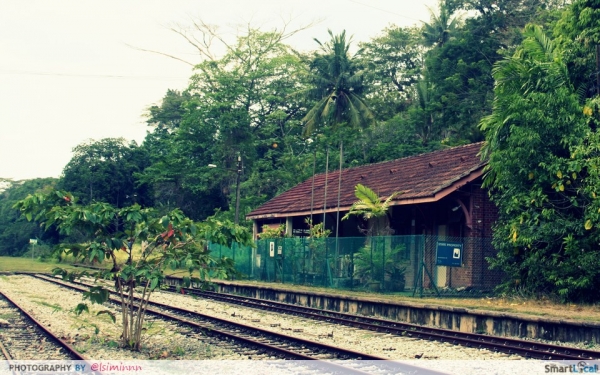 The Bukit Timah Railway Station, tucked away in a corner of lush greenery. 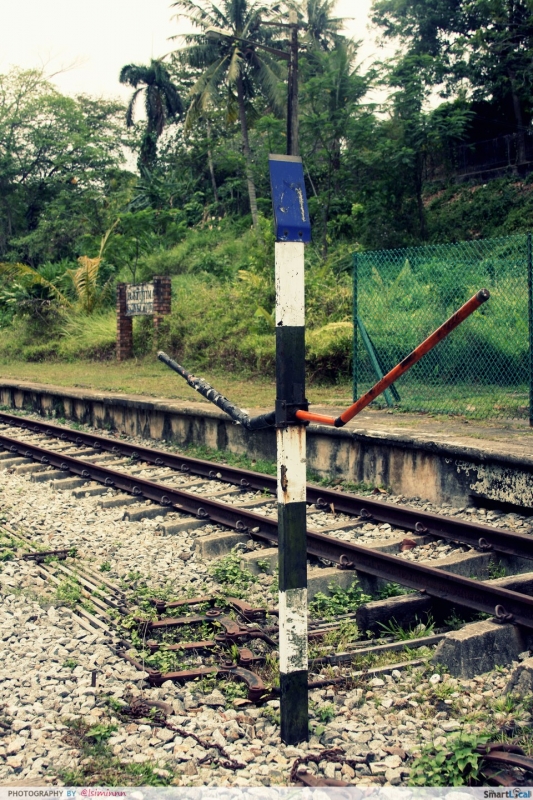 One of the stands where the driver and stationmaster exchanged the key token, which symbolised the authority to use the tracks. 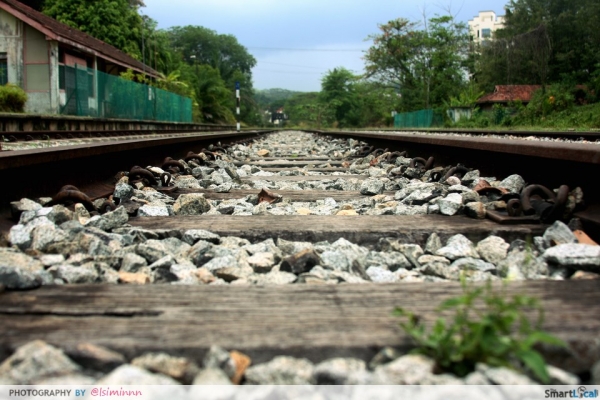 The Bukit Timah truss bridge is probably more well-known than its station counterpart, reason being that it stretches across Upper Bukit Timah Road, with countless passers-by and drivers passing by this discernible steel structure every day. Fortunately, this familiar sight is here to stay. 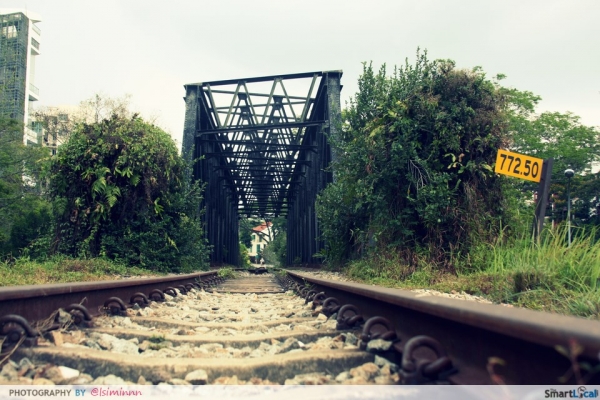 The yellow marker on the right indicates the number of kilometres the track is away from the KTM Butterworth Station in Penang, the starting point of the track. 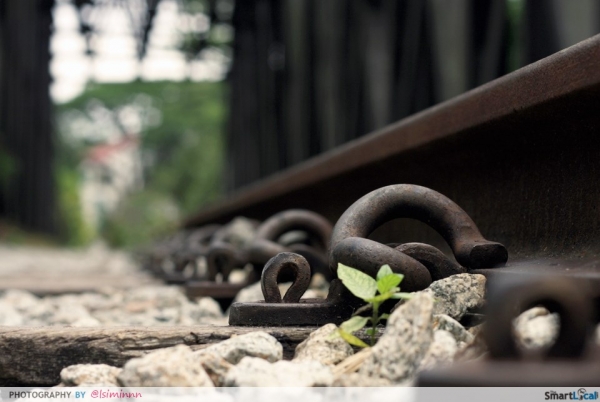 A closeup view of rail clips which were used for the tracks. 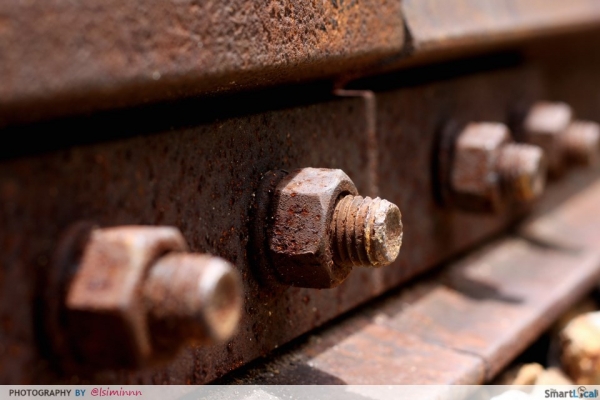 Rusty metal screws on the track. 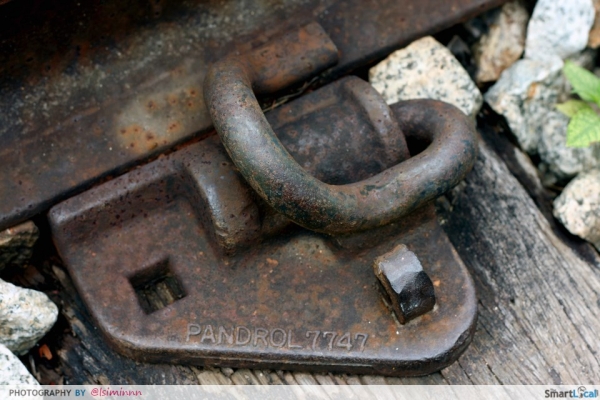 Pandrol, the company which manufactured the railway fasteners. This sight evokes a sense of nostalgia for people who are familiar with the tracks. The track also serves as a great photography spot! People kept looking at me when I took this shot! 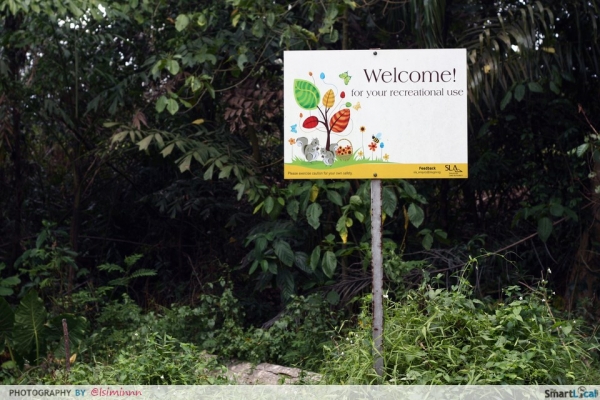 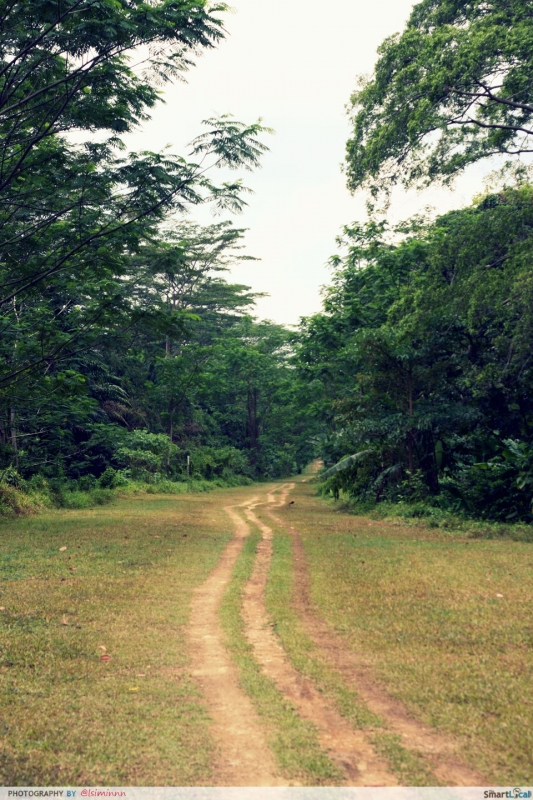 Track imprints – a reticent reminder that trains used to pass by this place.

The Bukit Timah Railway Corridor, along with the rest of the Rail Corridor, is now a long lush walk accompanied by scenic views along different parts of Singapore, from Woodlands in the North to Tanjong Pagar in the South. Events are also held at the Rail Corridor, such as nature runs and theatre productions.

With the cheery birds chirping from the shady trees to the colourful flora and fauna, this place is definitely a paradise for nature lovers. As part of its review, the Urban Redevelopment Authority is studying the possibility of marrying development and greenery, such as applying innovative strategies to maintain a continuous green link along the rail corridor without affecting the development potential of the lands.

I really hope that this place will retain its rustic space and nature in the future, providing a relaxing haven for us busy Singaporeans to visit and enjoy. These rails would also make for a fantastic wedding shot.