Cemetery in the Heartlands 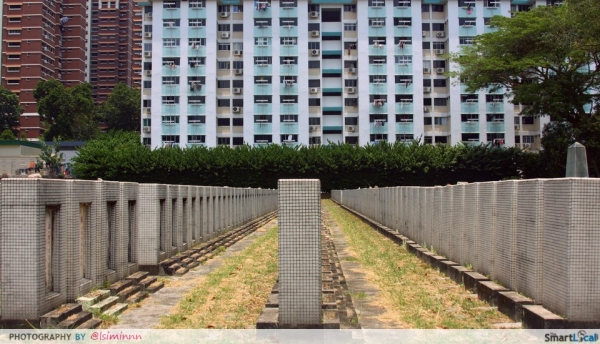 If you are a frequent traveller on SMRT’s East-West line, you might have noticed a peculiar patch of land between Buona Vista Station and Commonwealth Station and wondered what it was. Why on earth were there a series of tombs right in the middle of a HDB estate? Well, wonder no more, for we are here to solve this mystery for you!

The Yin Fo Fui Kun cemetery stands on this piece of land, which belongs to Ying Fo Fui Kun (应和会馆), a Singapore Hakka clan association established in 1822. The purpose of the clan, founded by Liu Runde (刘润德), was to unite the Hakka people which came from 5 different Guangdong provinces in China. In 1887, the clan bought over 100 hectares of land from the British government. The area was used as a burial ground to meet the increasing demands of the clan members from Jiaying prefecture in Guangdong. The Ying Fo Fui Kun Memorial was built, and an ancestral hall was built next to it, which was called the Shuang Long Shan Wu Shu Ancestrall Hall (Twin Dragon Halls).

How To Get To Yin Fo Fui Kun Cemetery 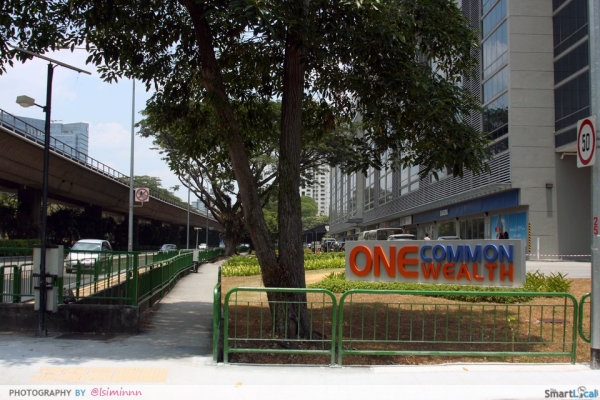 From Commonwealth MRT Station, cross the overhead bridge and walk until you see One Commonwealth. Turn right and walk down the sheltered walkway, as seen in the picture below. 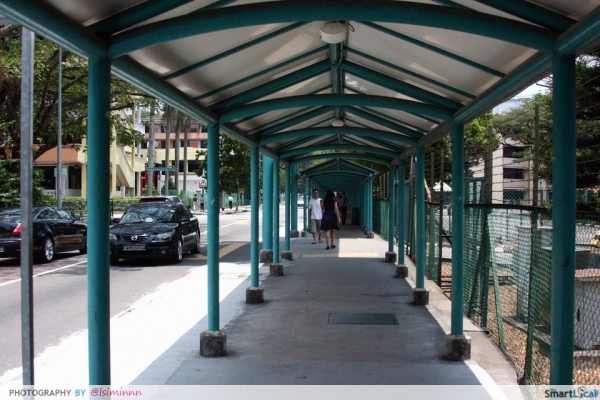 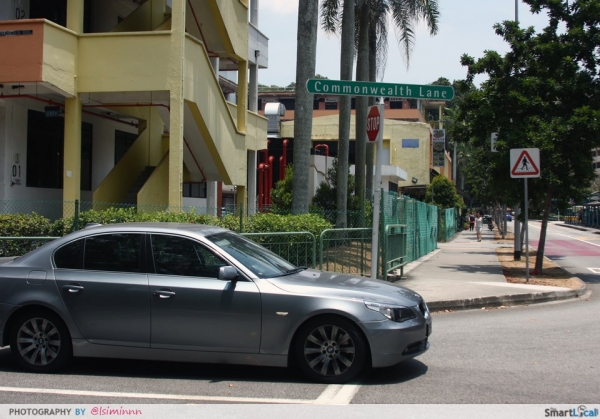 Turn left into Commonwealth Lane and walk all the way to the end. The cemetery is on the right. Here’s a picture of Google Maps for you to refer to:

Covering a vast piece of land at one point, the cemetery has since been reduced drastically. Back in 1968, the Singapore government needed the land for urban development, which resulted in a massive reduction of burial grounds left for the clan. Only 1.89 hectares of land with a 99-year lease remained under the clan, with the rest being returned to the state.

The cemetery is now located smack in the centre of the Commonwealth estate, just a stone throw’s away from the residential HDB blocks and the bustling enclave of Holland Village. This is a huge contrast from the other cemeteries, such as Bukit Brown Cemetery, which we visited recently, and the Lim Chu Kang cemeteries. 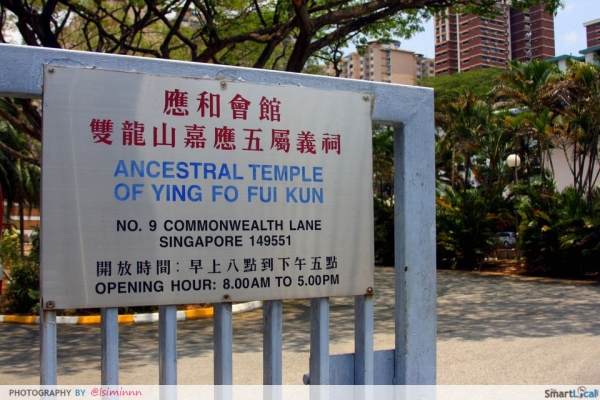 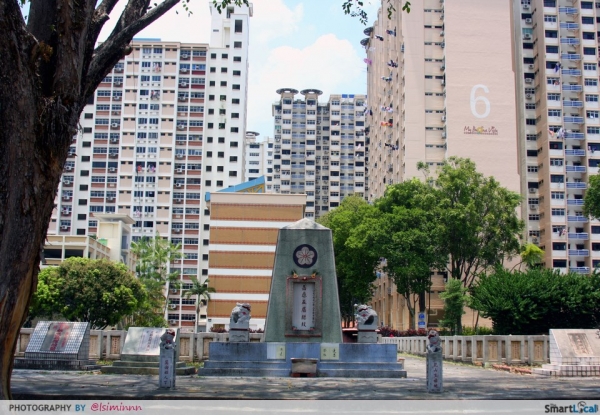 The cemetery, with HDB blocks serving as a backdrop. 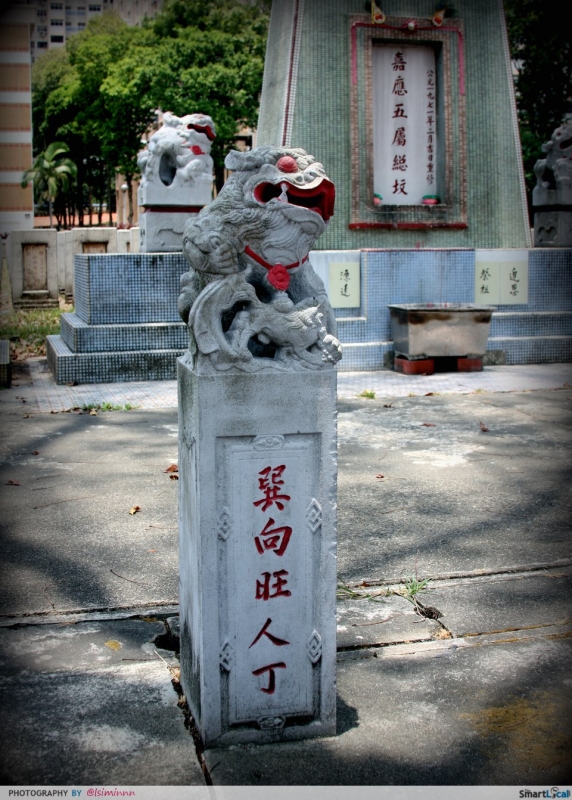 A stone lion carving with auspicious red letters. The carving on the large grave in the background indicates that the cemetery is for Hakka people reigning from the 5 different Guangdong provinces in Jiaying prefecture. 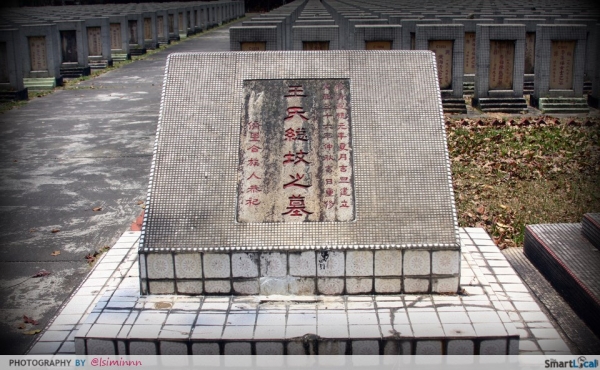 When the government took over the land, some of the graves had to be exhumed in order to make way for public housing. Approximately 3000 graves now only have urns containing ashes buried underneath them, and only 12 tombstones with coffins remain intact, with one of them being seen in the picture above. 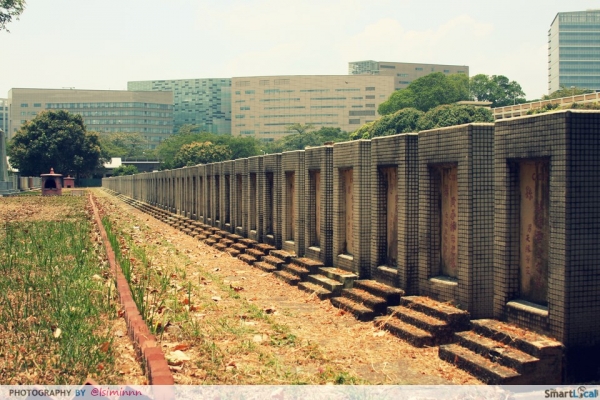 The graves at this cemetery are arranged in neat rows with the exact same proportions and identical design, which is a huge cry from the usual colourful opulent designs and bold engravings commonly found on Chinese tombstones. Although given the same dimensions and design, the cluster of graves exudes a minimalist simplistic aura, blending in symmetrically with the other HDB blocks.

The cemetery is also used as a shortcut for the Commonwealth residents, such as this woman who cuts through the cemetery while walking from Commonwealth MRT Station to her home. Some of you might be deterred by the fact that walking through a cemetery is extremely scary, but such concerns are non-existent among the residents.

One of the residents staying in the block adjacent to the cemetery said that the place is extremely clean and peaceful, hence the concerns and worries posed by other people are unfounded. 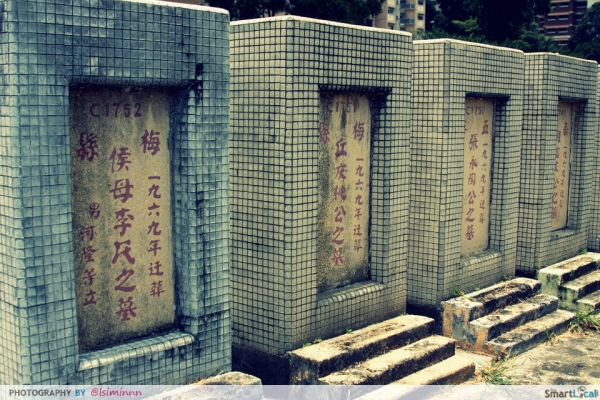 A couple of graves with the same design. 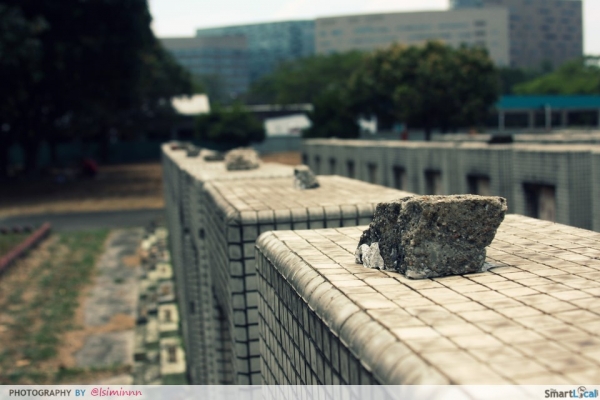 A stone on top of a grave means that it has been honoured by a visit. 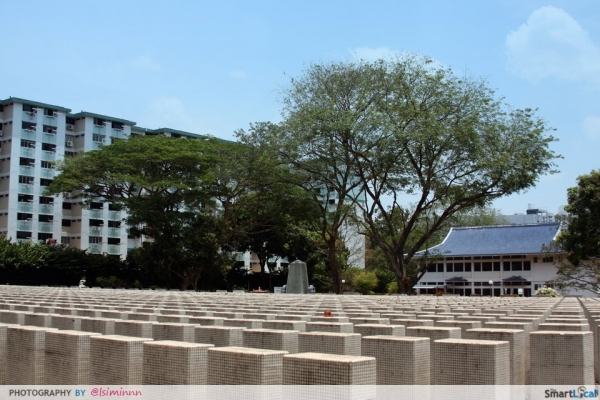 The cemetery with HDB blocks in the background. The white building with the blue roof is the Memorial Hall. 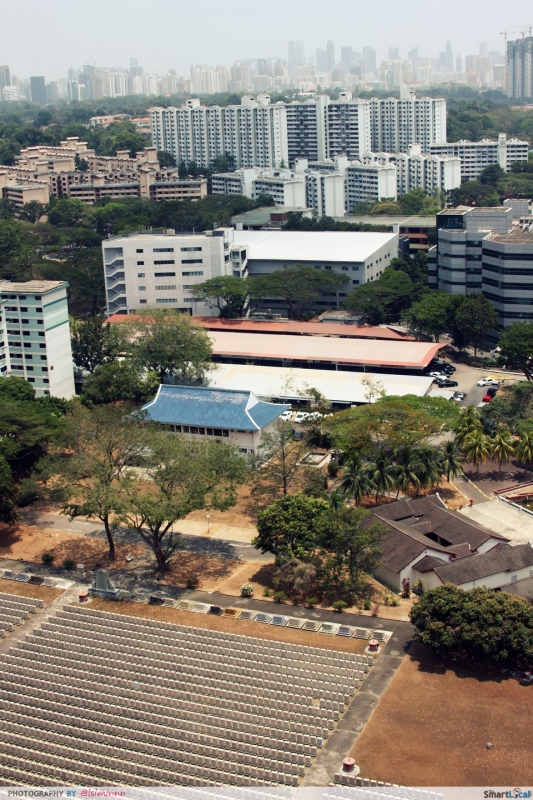 An aerial view of the cemetery surrounded by HDB blocks and office buildings in Commonwealth. 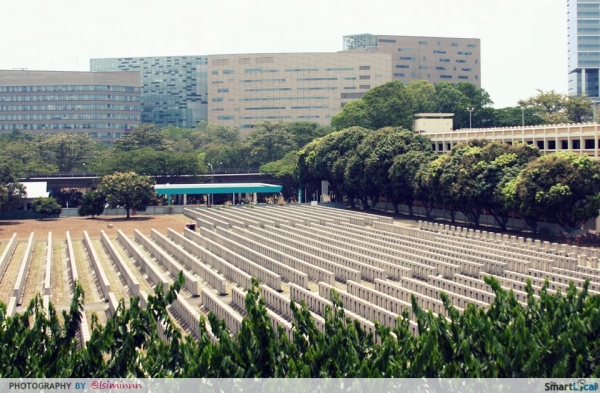 Neat rows upon rows of tombstones, forming a spectacular view. 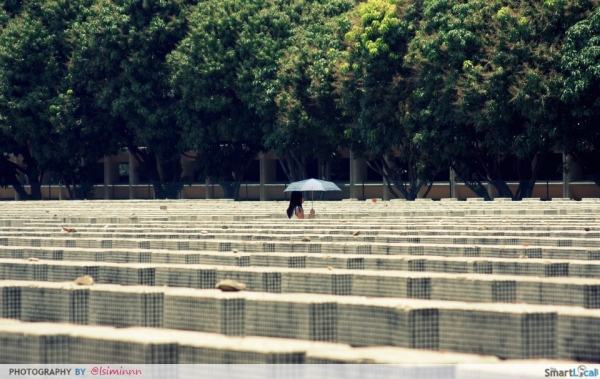 Having braved the onslaught of urban development back in the sixties, this historical little piece of heritage has survived the passing of time and is now a quaint, peaceful spot. However, in recent years, this plot of land is being considered for a fresh wave of urban redevelopment by the government.

We will never know when this place will succumb to new development plans, so do visit this place if you can.

Although not anywhere near a popular attraction in Singapore, the Yin Fo Fui Kun Cemetery is an intriguing and unusual place for people who are interested to see another side of Singapore’s heritage and its where previous generations of Hakka people were honoured. After all, where else can you get to view this one of a kind scenery, with so many tombstones nestled among HDB flats? 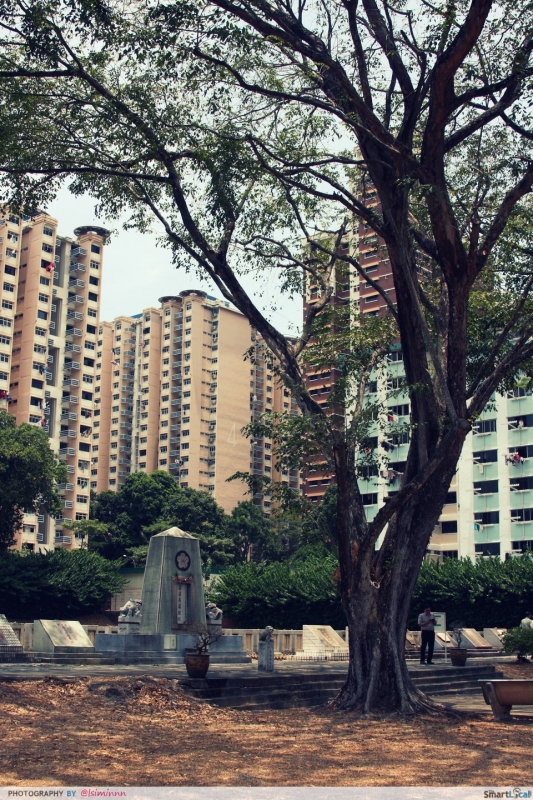