The Largest Chinese Cemetery Outside China 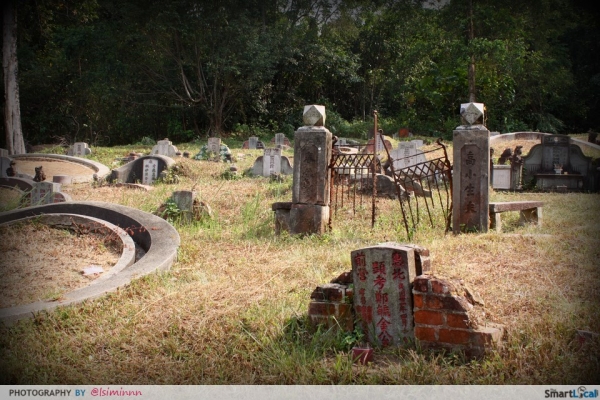 For the past few decades, Bukit Brown Cemetery was but a quiet and peaceful place, long forgotten by the public. However, it was recently thrust into the spotlight with news of graves being exhumed in order to make way for a new highway.

Bukit Brown Cemetery has had a long history in Singapore, with approximately 200,000 graves dating back to as early as 1831. Previously a 211-acre plot of land that belonged to the Hokkien Ong Clan, the Municipality had acquired a section of it in 1918 to serve the burial needs of the wider Chinese community residing in Singapore at that time. It was closed in 1973.

The graves of Singapore’s famous pioneers, such as Gan Eng Seng, Chew Joo Chiat, Ong Sam Leong and Tay Ho Swee can be found here. The vast piece of land is where many of our ancestors lay, with lush greenery and wide stone paths which serve as good tracking paths for us to stroll.

Construction work has started on the place, where a dual four lane highway is slated to be built right smack in the middle of the cemetery. Graves are being exhumed as I write this article. What’s worse is that other areas of the cemetery has been marked for future residential development.

We decided to pay a visit to preserve some of Bukit Bown’s last memories and history before it ceased to exist.

How to Get To Bukit Brown 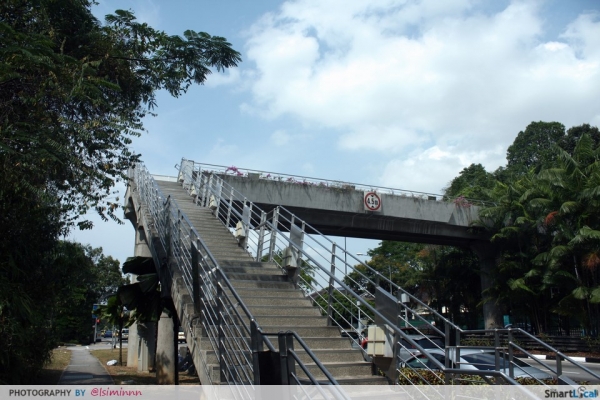 Cross the overhead bridge as seen in the photo above and walk straight until you see Sime Road. Turn in and walk all the way in until you see Lorong Halwa. 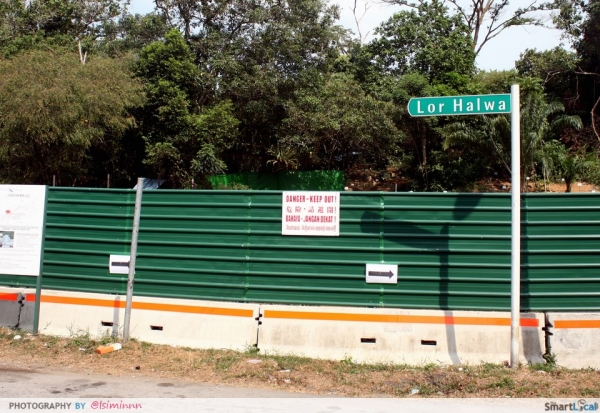 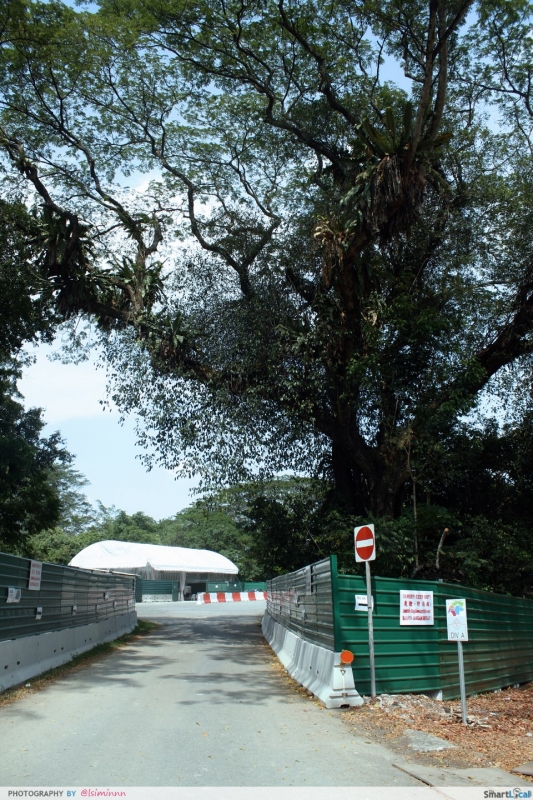 As I walked in, I noticed that many of the areas were already fenced up and construction was already well underway. One of Bukit Brown’s landmarks, the famous tree at the roundabout, has already been boarded up, with its fate unknown.

The place was extremely deserted on the Tuesday afternoon I went. It felt comfortable trekking on the wide gravel paths, with huge trees on both sides of the road providing ample shade. 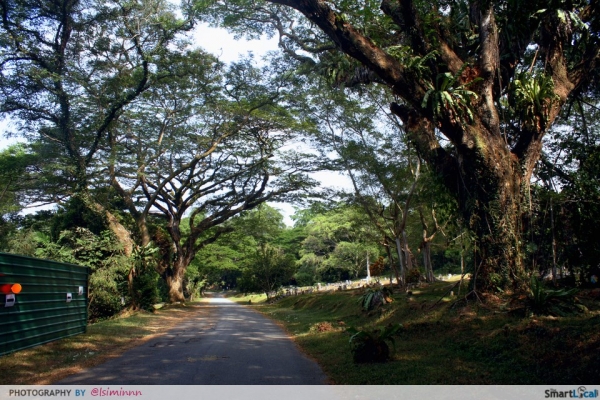 The serenity, the crickets singing from their hiding places, the occasional chirping of the birds, the calm and peace that the place brings is something that is hard to find elsewhere in Singapore.

Most of the graves which I spotted over there had the same armchair-shaped tombstones. 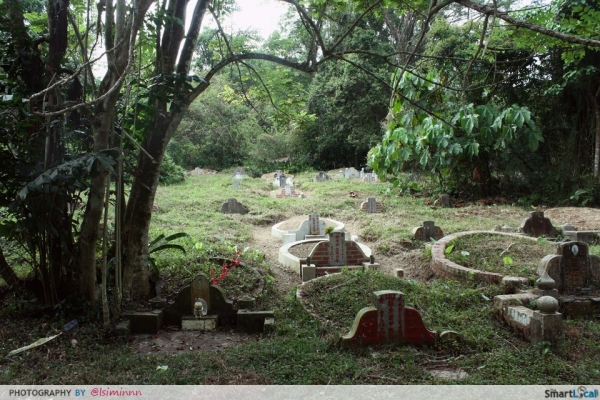 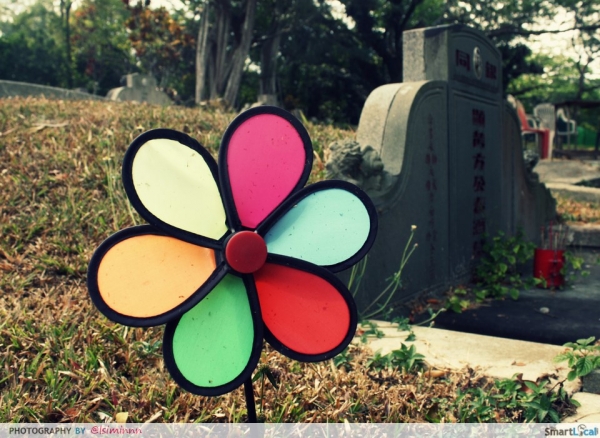 A windmill adding colour to the scenery. 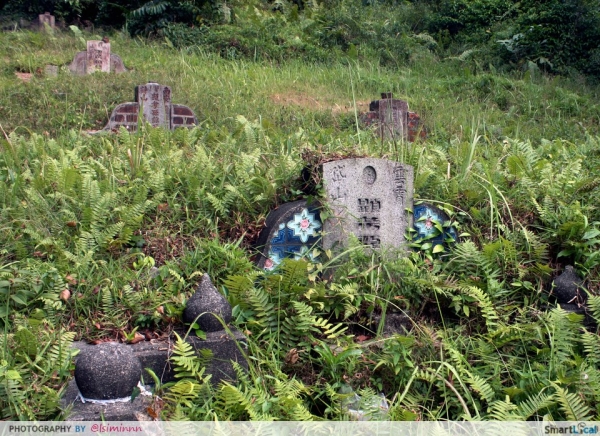 Intricate Peranakan tiles on a tombstone.

According to Family Search, most Chinese, especially those from southern China, have long regarded the shape of an armchair as the ideal shape of the grave. An armchair gives a sense of wealth, comfort and dignity. In historic times, only the elite class or the mandarin Chinese could afford armchairs. Moreover, armchairs symbolise authority and power, for in the olden days, the armchair was the seat for the magistrate when he presided in court. By erecting the grace in the armchair shape, people believed that their ancestors in the yin world could enjoy comfort, dignity and pride.

The graves at Bukit Brown displayed various states of opulence. Some of them were plain and simple, whereas others looked much grander and even had various statues of deities, legendary animals and Sikh guards. 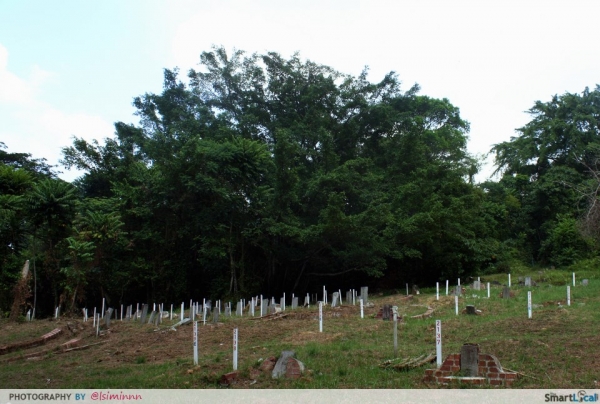 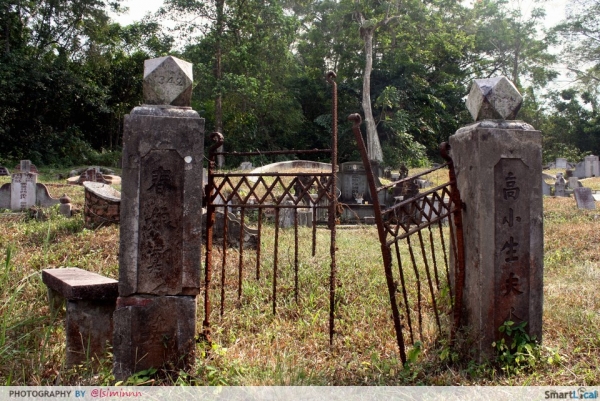 Gate to the other side? 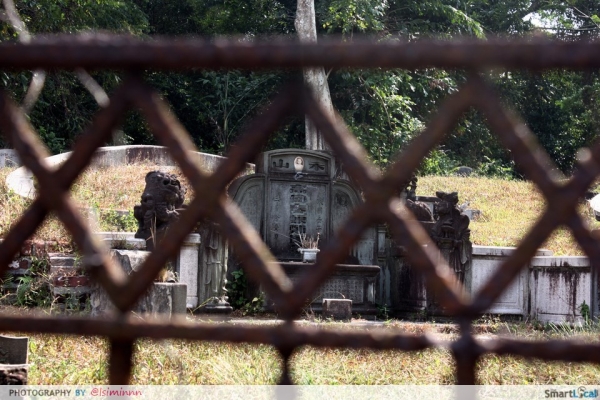 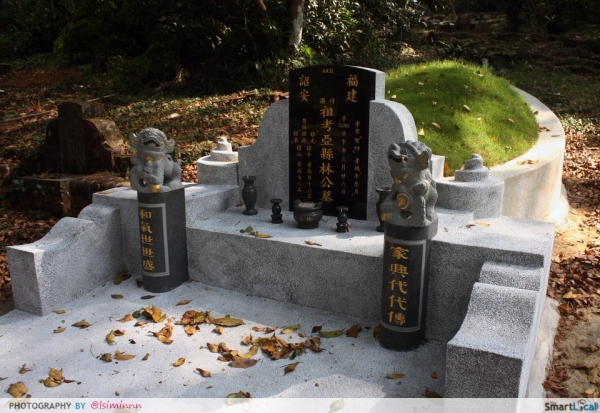 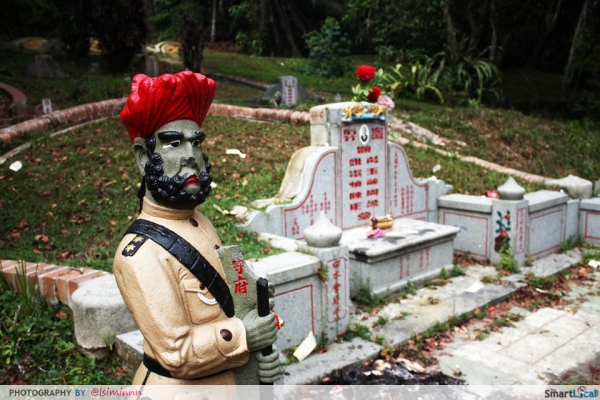 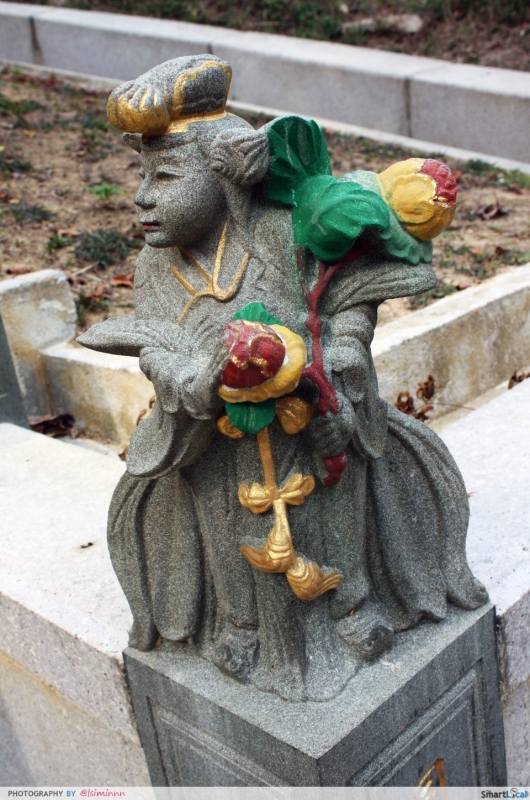 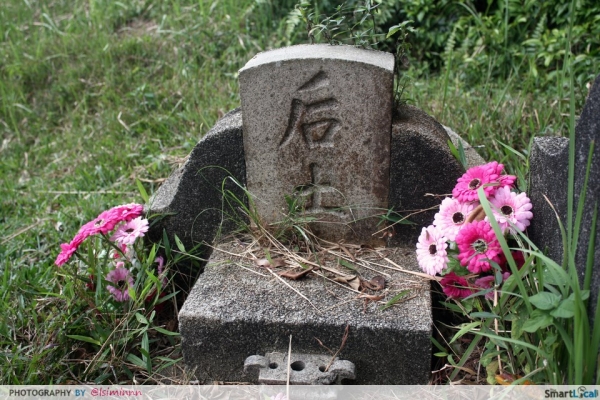 One of the smaller tombstones around. 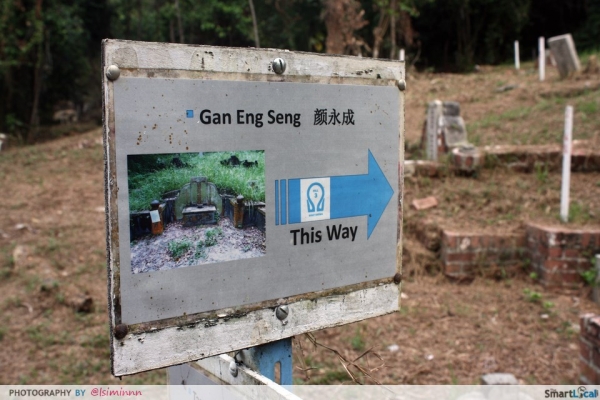 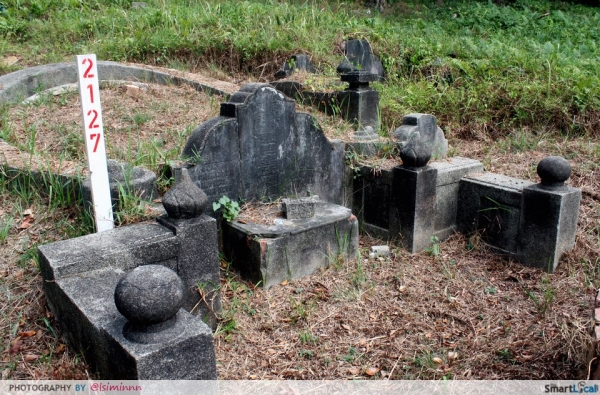 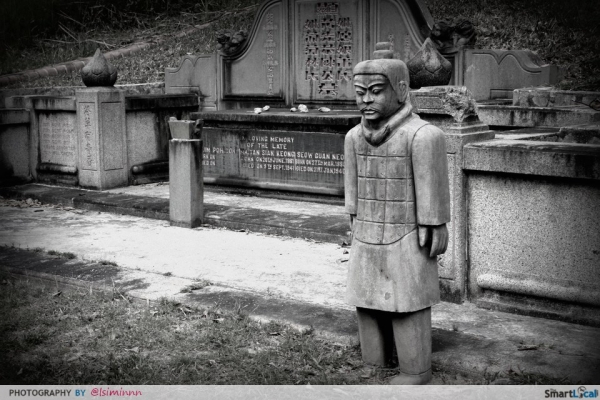 The trip to Bukit Brown really widened my knowledge as I learnt about the intermingling of various cultures and traditions, as well as important pieces of Singapore’s history. The lush greenery, peaceful atmosphere and abundance of wildlife is also a perfect spot for nature lovers to explore.

Although it states that the main gate of the cemetery will be locked daily at 5.30PM from Mondays to Saturdays, and kept closed on Sundays and public holidays, the gates are actually left open all the time.

For those curious to learn more, a map with a list of famous graves and their locations, areas accessible for pedestrians and information on guided tours organised by All Things Bukit Brown can be found here.