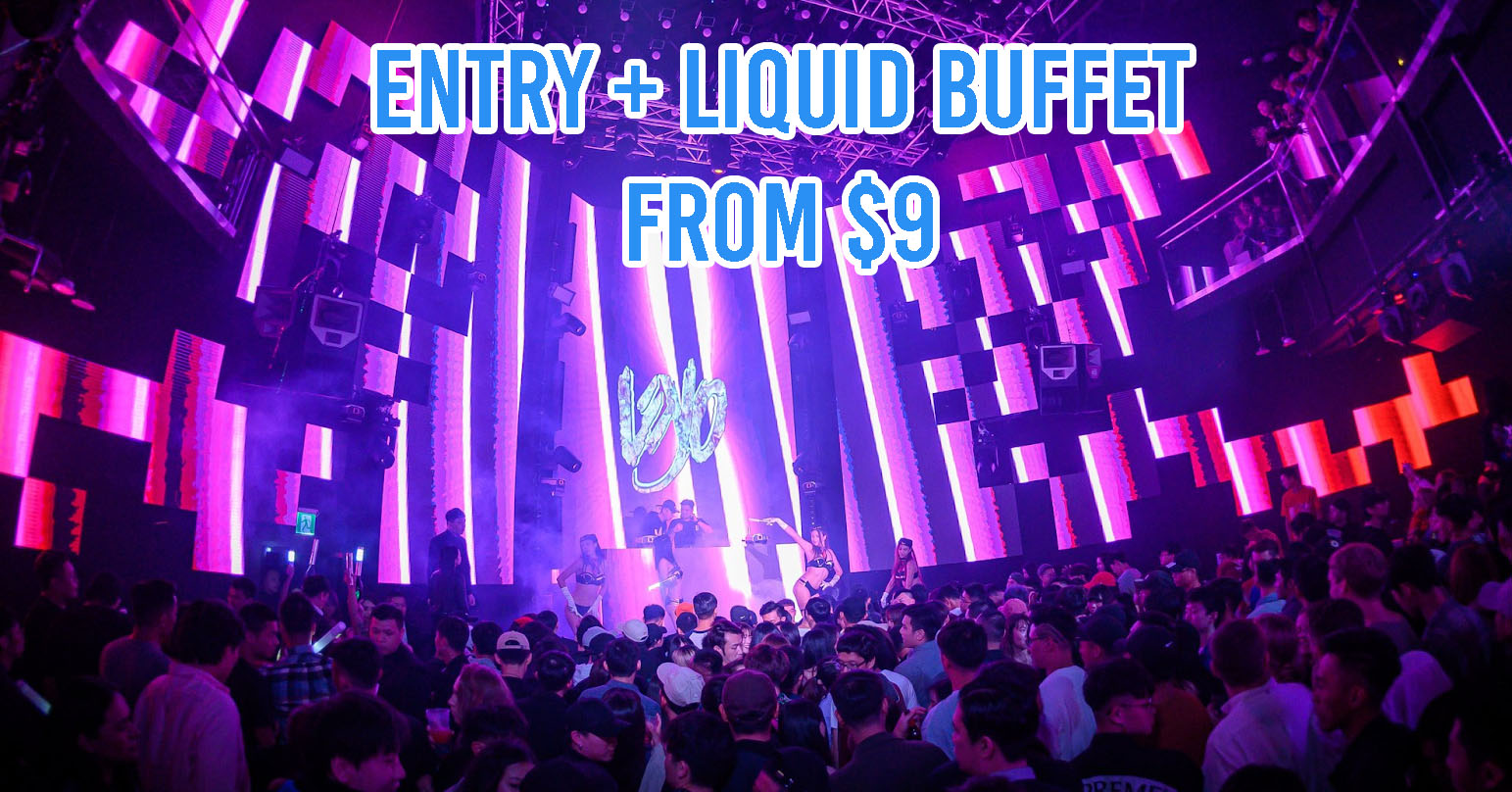 Sun’s down, moon’s out in the city of Taipei. And you wonder what is there to do – other than visiting another night market, that is. For you young, wild and free souls out there, the city actually has a pretty insane – and underrated – nightlife scene with a whole bunch of exciting clubs. From the fancy to the affordable, here are Taipei’s 8 best clubs to hit up the next time you visit the city:

Read our other Taipei articles here:

Things to know before clubbing in Taipei

1. Triangle – free drink with entry, and games like foosball and pong 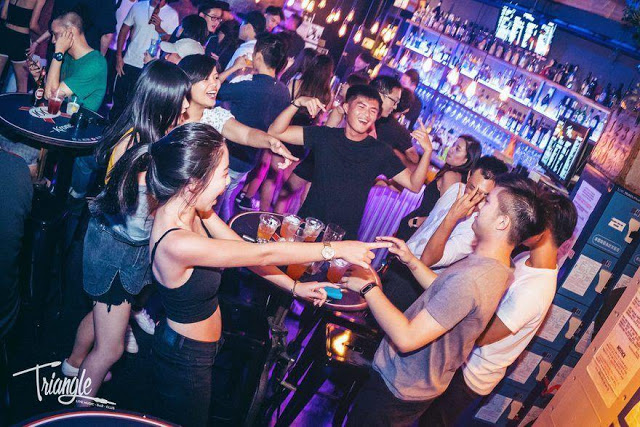 A mish-mash between a bar and club, Triangle is a cosy space with a small dance floor and bar games like beer pong tables and foosball. Return nights here never get dull as they’ve got a schedule of different themed nights lined up, from KTV on Tuesdays to hip hop and 90s hits on Fridays and Saturdays. 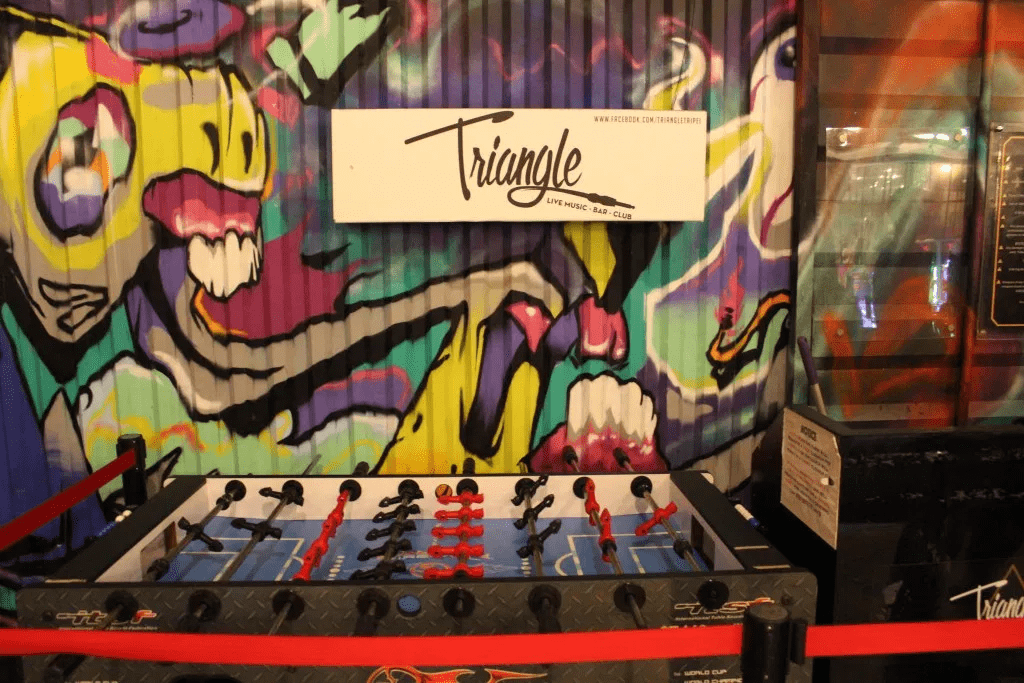 The club’s particularly popular among foreigners, making it a perfect spot to meet other fellow exchange students or tourists. Their affordable entrance fee of NT200 (S$9) also comes with a free drink. 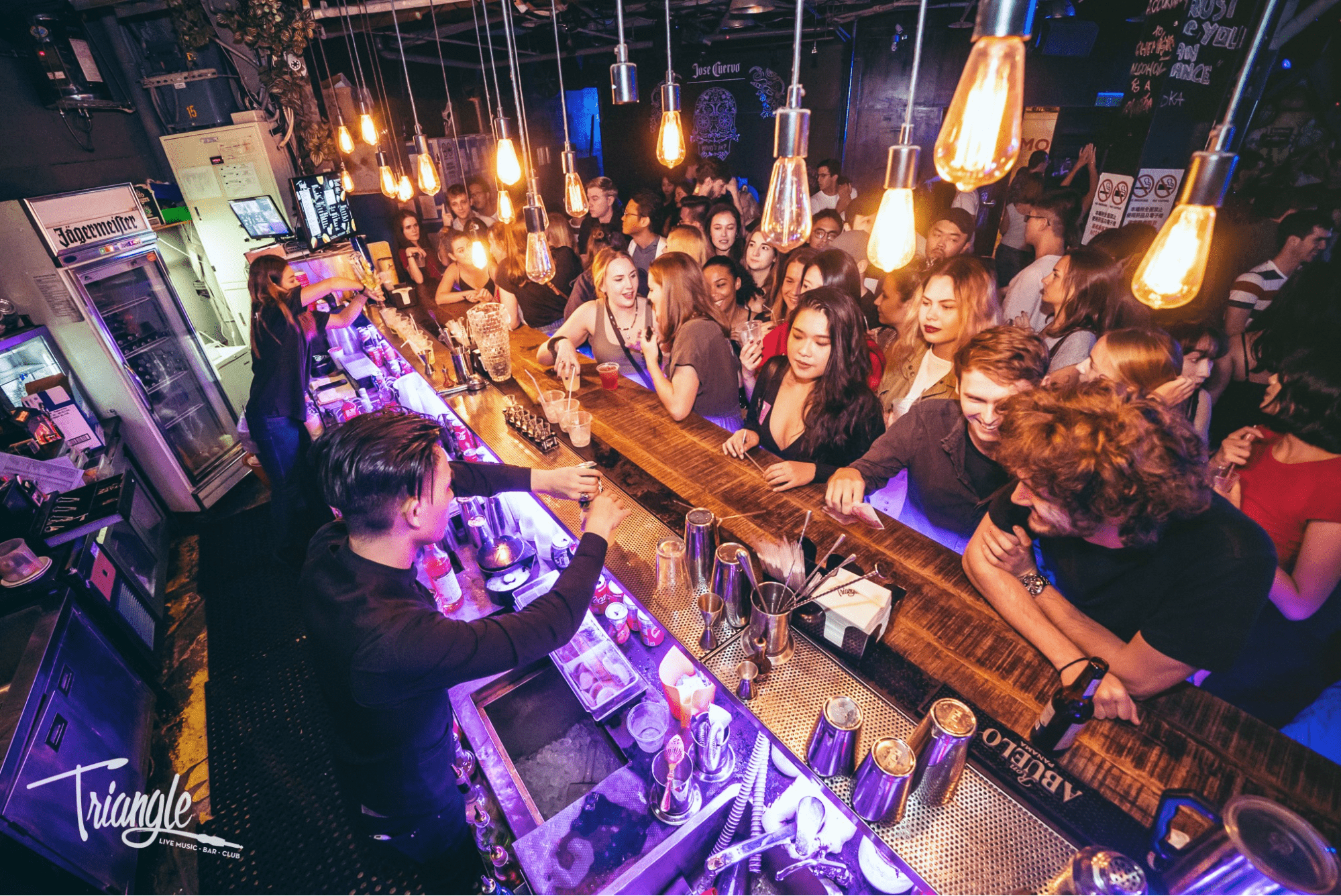 2. KLASH – free entry for ladies and guys on select days 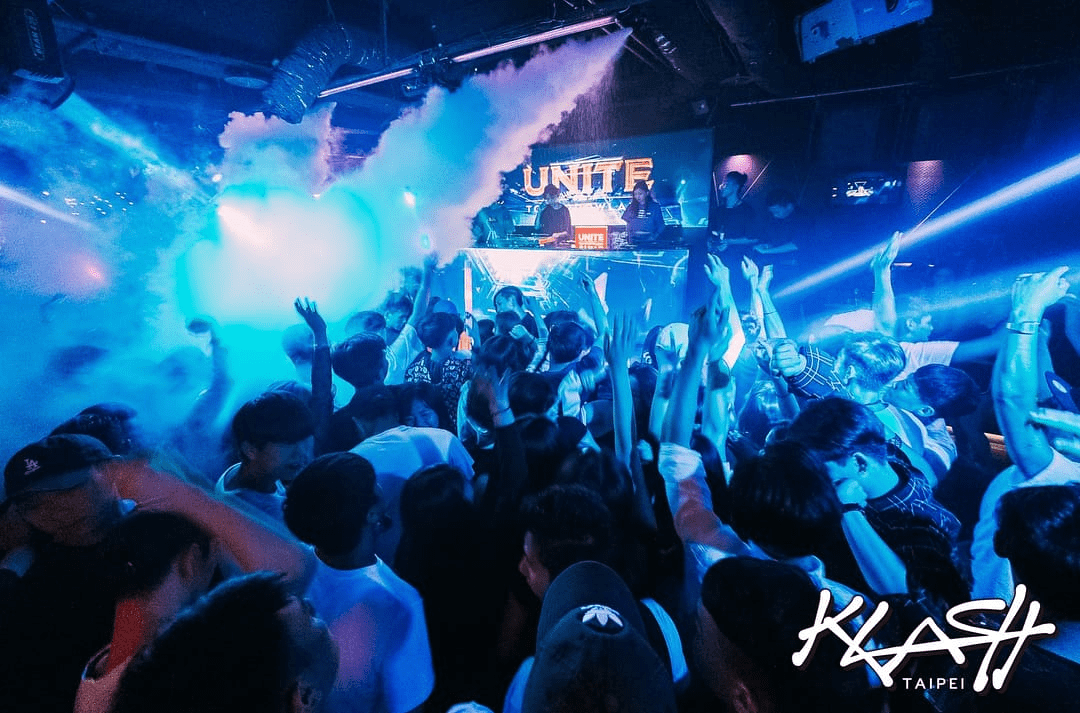 KLASH, a cosy club with one dance floor, has a variety of R&B, mash-up and hip hop music. If you’re planning to head down, make sure to pick the right day as you might be able to snag  free entry – and this isn’t just for ladies! Guys get free entry too on Sundays. 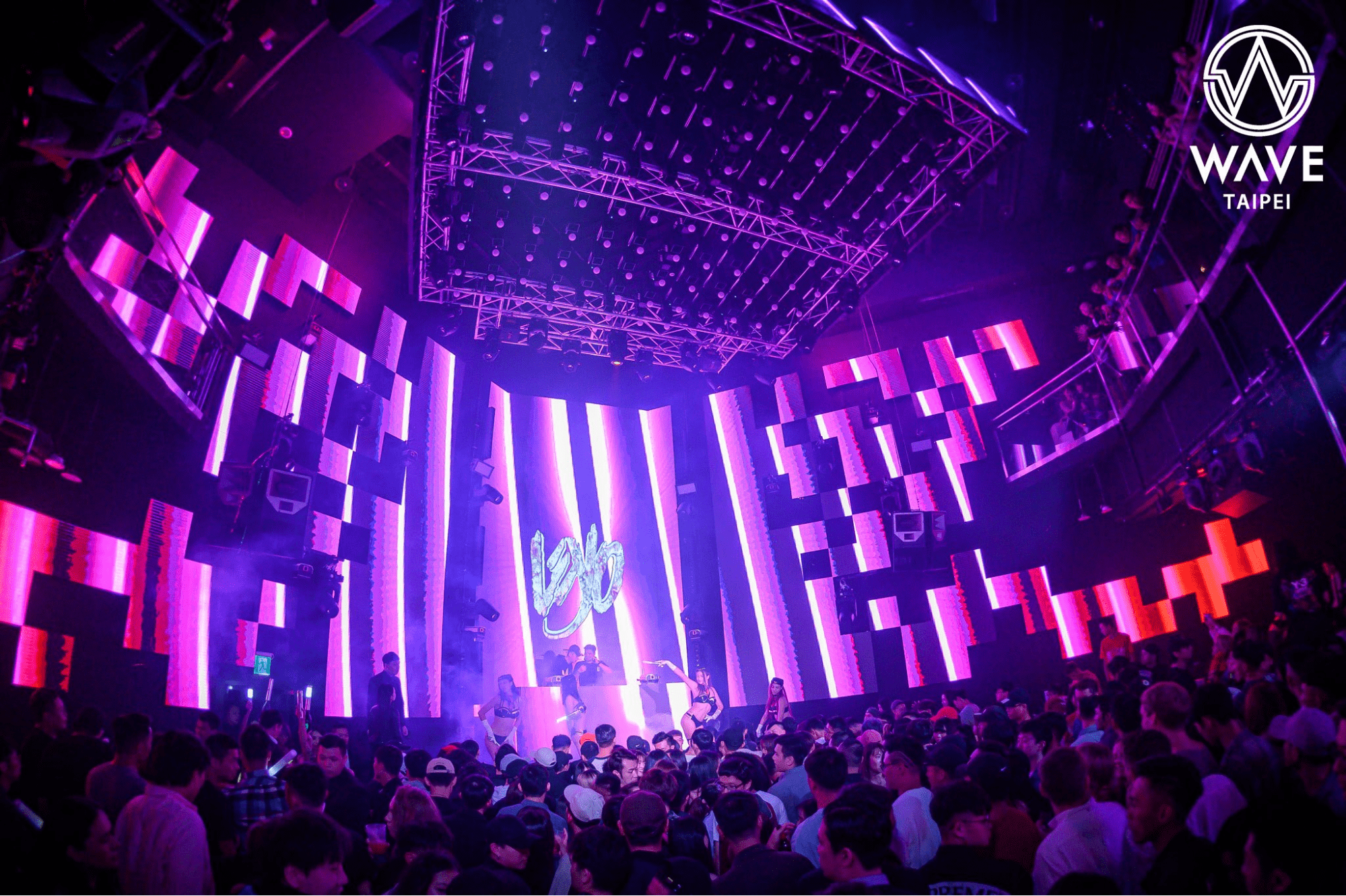 Popular among locals and foreigners alike, WAVE CLUB has been consistently hailed as Taipei’s best and if you’ve only got a single night to spare, this is the one to go to. The music here is predominantly EDM, great for screaming your lungs out to. 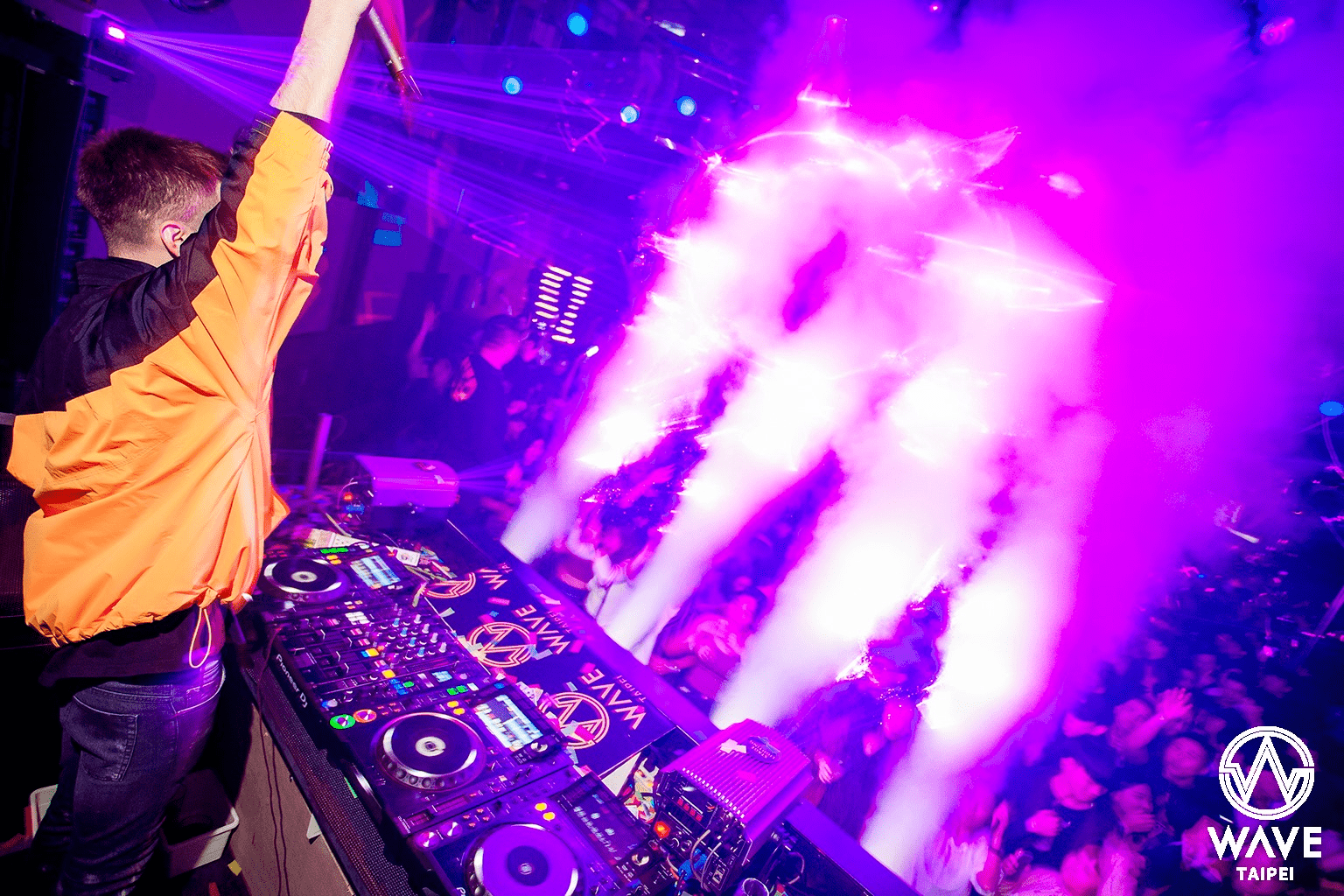 If you’ve got at a large group with you, make sure to book an All-You-Can-Drink Table for unlimited drinks with the gang at affordable prices.

On Tuesday to Thursday and Sun, the prices are:

Which works out to be just S$9- S$11 per person for entry and free-flow drinks!

Friday and Saturday prices are as follows:

Still super wallet-friendly at only S$13-S$17 per person, especially since entry for clubs in Taiwan can go up to the $30 range. 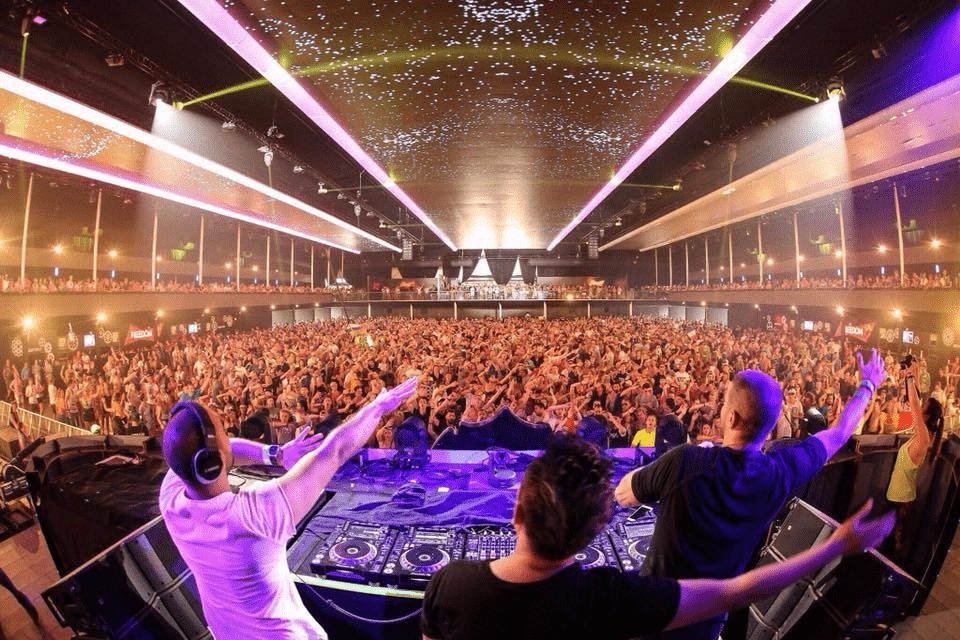 AI is well-liked spot among exchange students because of it’s free all-you-can-drink nights for both local and foreign students on Thursdays and Sundays. The club also has a decently large dance floor and an elevated DJ booth backed with LED screens that has graced acts as large as W&W in 2019. 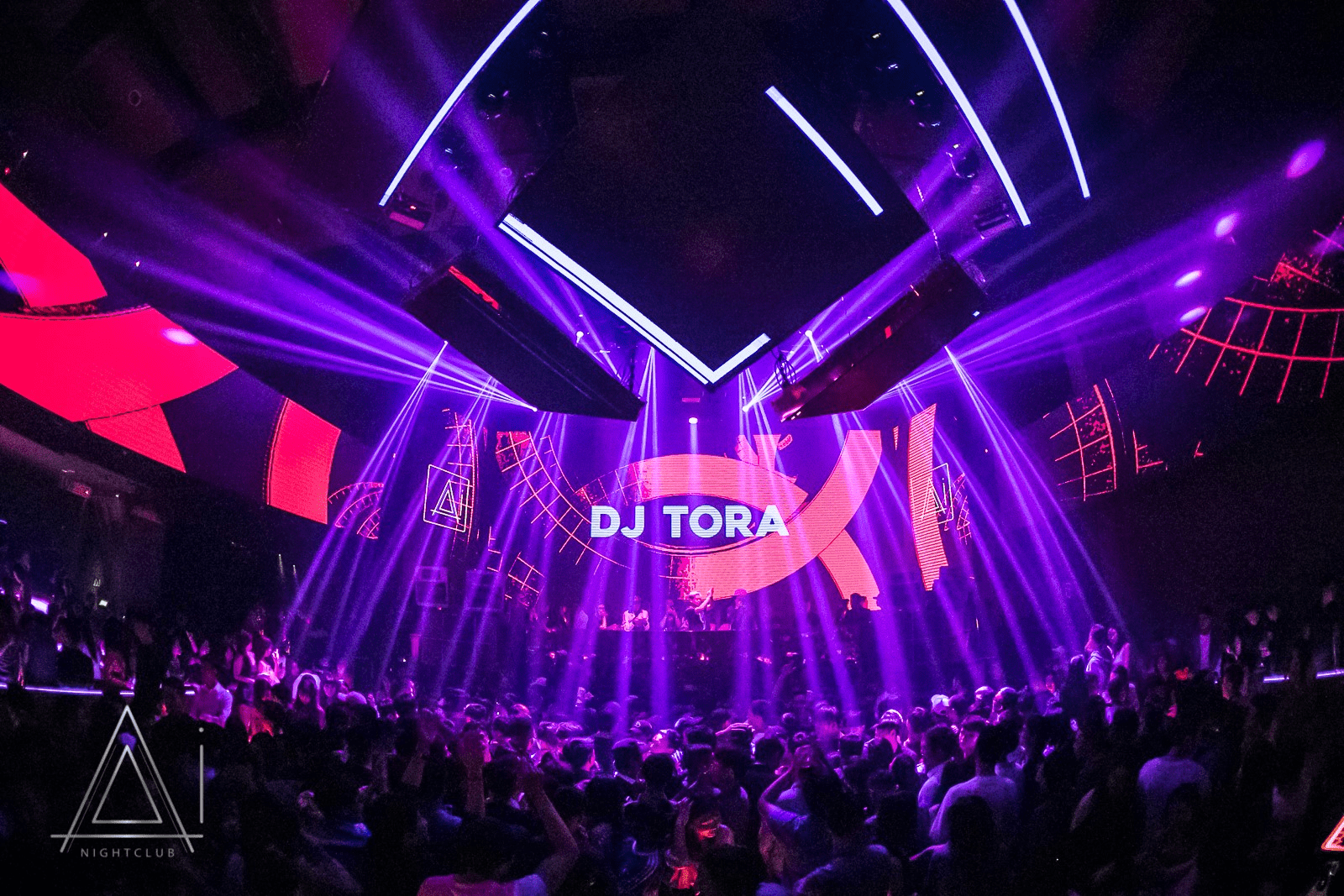 However, it tends to get too popular during nights with the student promo – meaning queues can get really long from as early as 10PM, and the dance floor can get a bit squeezy. 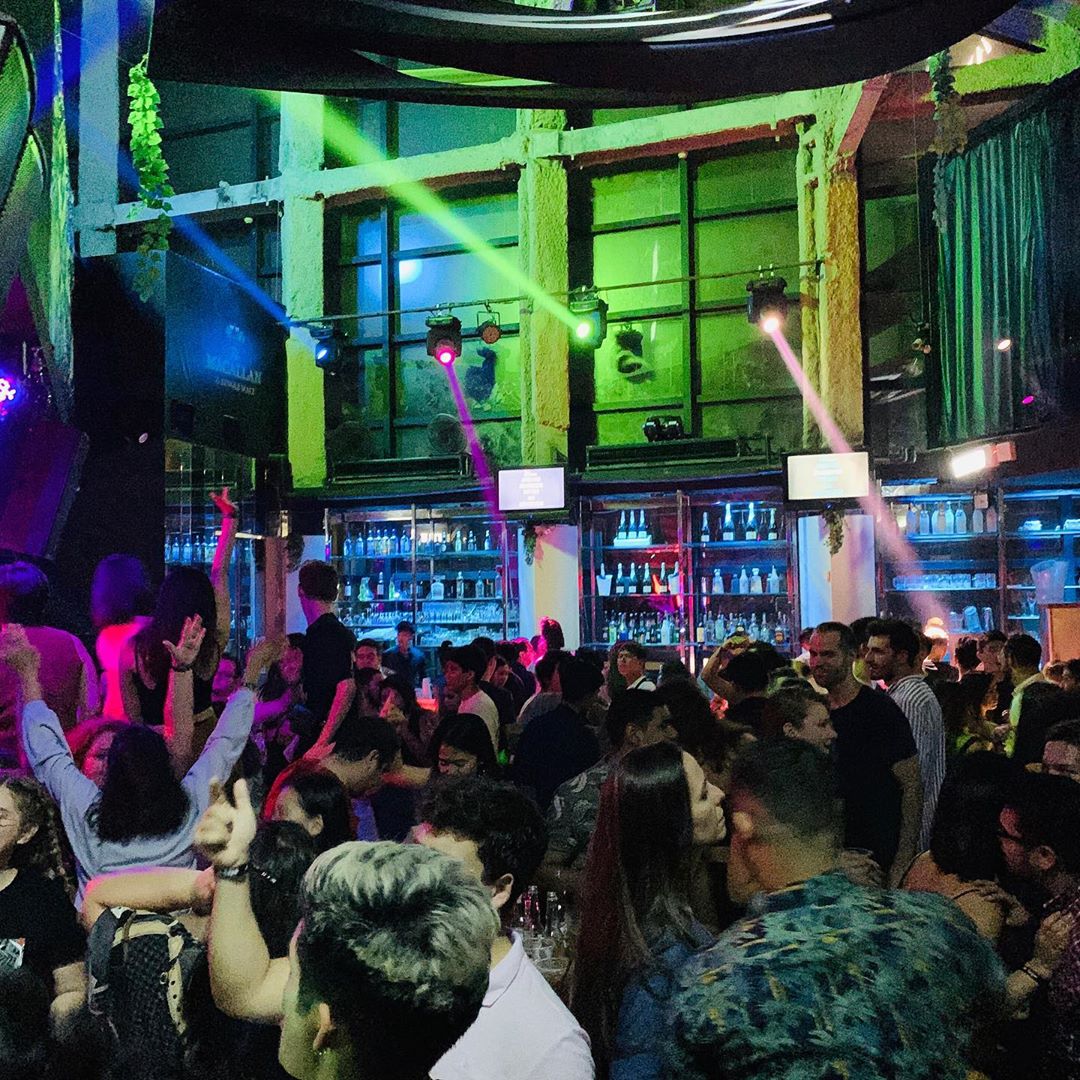 At club M Taipei, the genre is neither the expected EDM nor hip hop. Instead you’ll be greeted with Latin music,which is an unusual but rather thrilling find if you’re open to some groovy reggaeton and salsa for a change. It also closes later than most clubs in town, at 5.30AM, there’s plenty of time to have fun before the lights come on.

The mantra for nights out is often “go big or go home” and if big is what you’re gunning for, OMNI hits the spot. A fancy club with lasers, fog machine and a sound system that most visitors proclaim to be nothing short of uh-ma-zing, the club easily checks off as one of the best in the city. 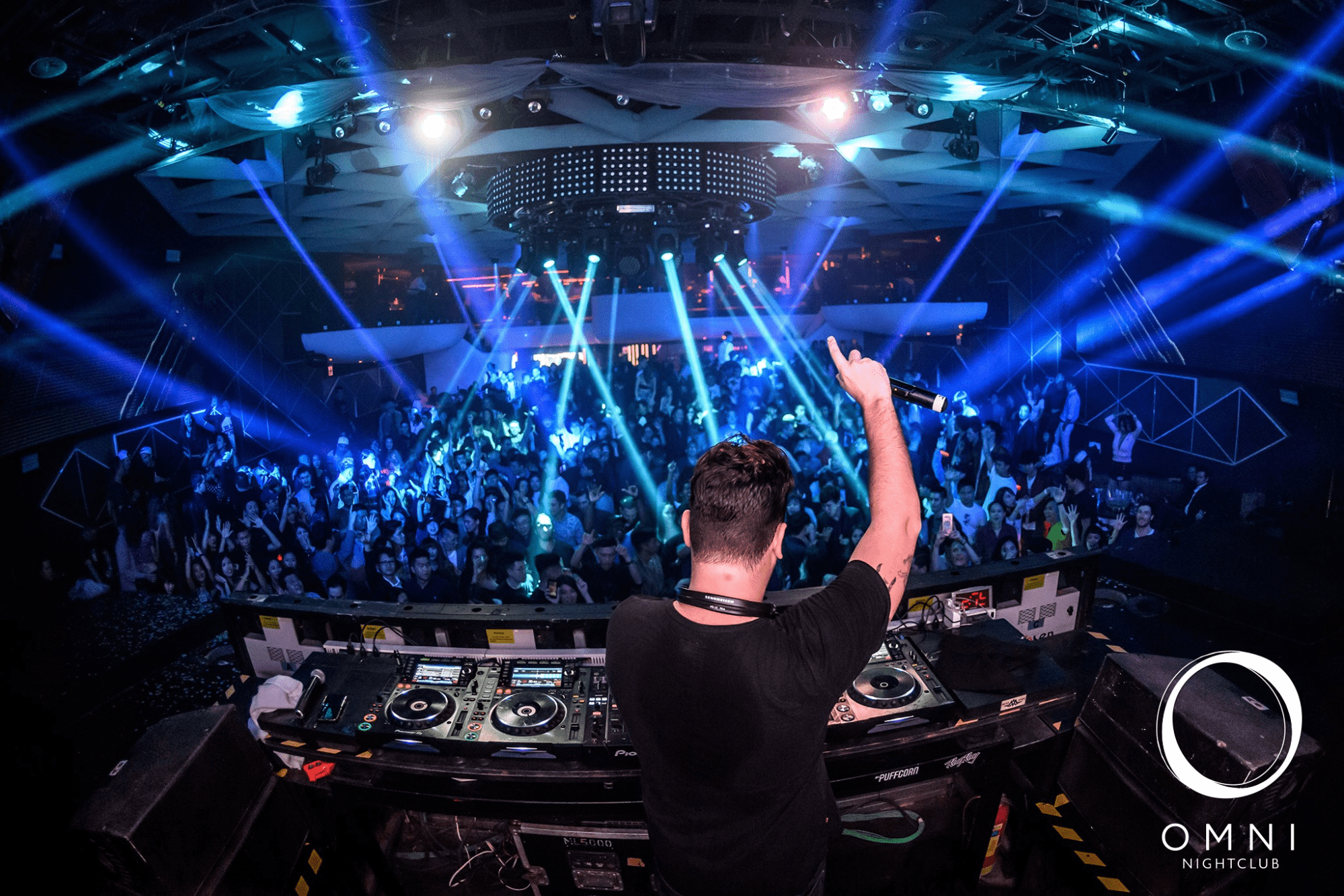 As a testament to their popularity, famous international guest DJs like Hardwell and Skrillex have spun here. On a typical night, you can expect to hear the popular genres of EDM, trance and house style music. 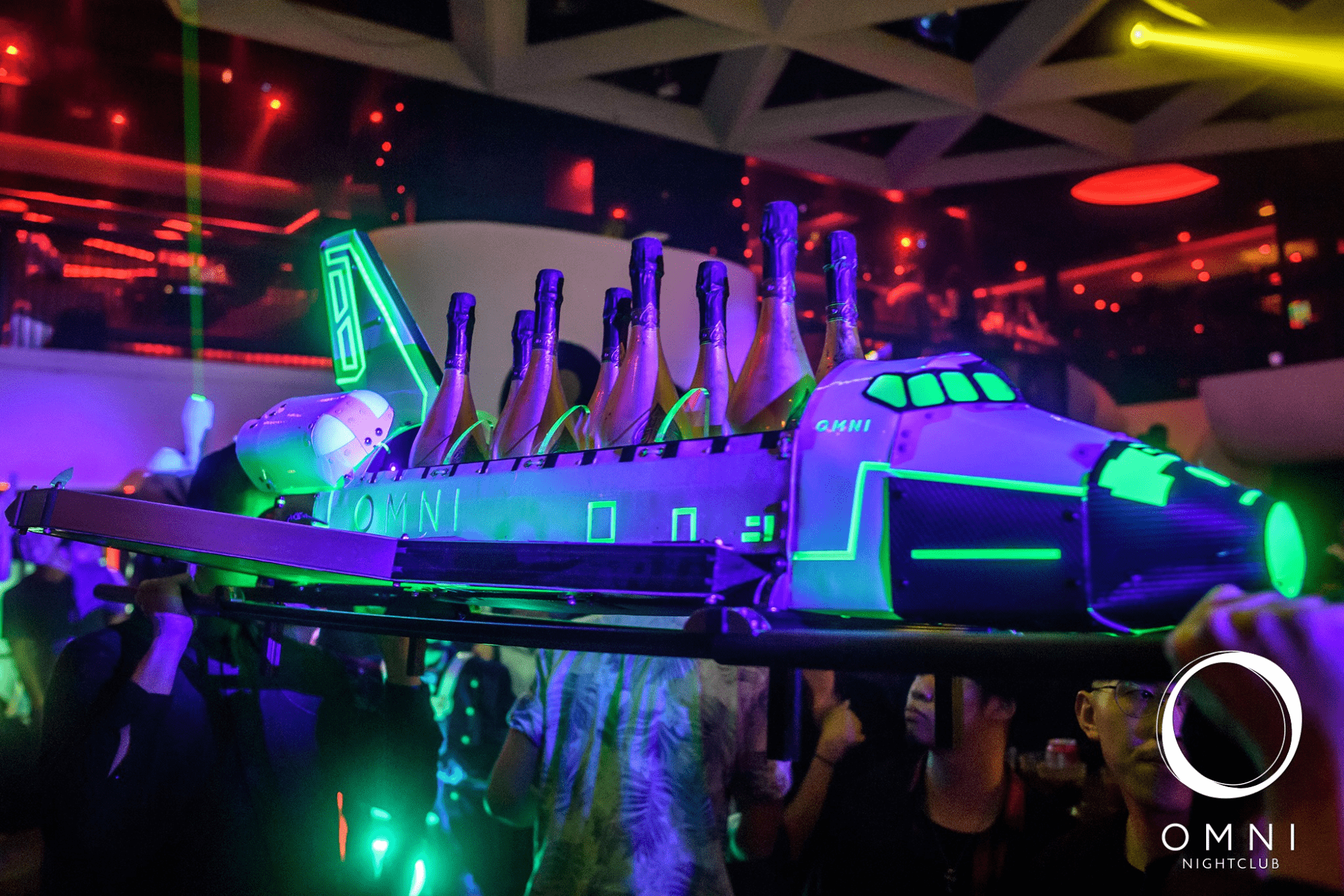 If you’re ballin, there are entire “plane” full of booze you can order
Image: OMNI

While it’s on the pricier end, ladies can save some bucks with free entry on Ladies Night every Wednesday. 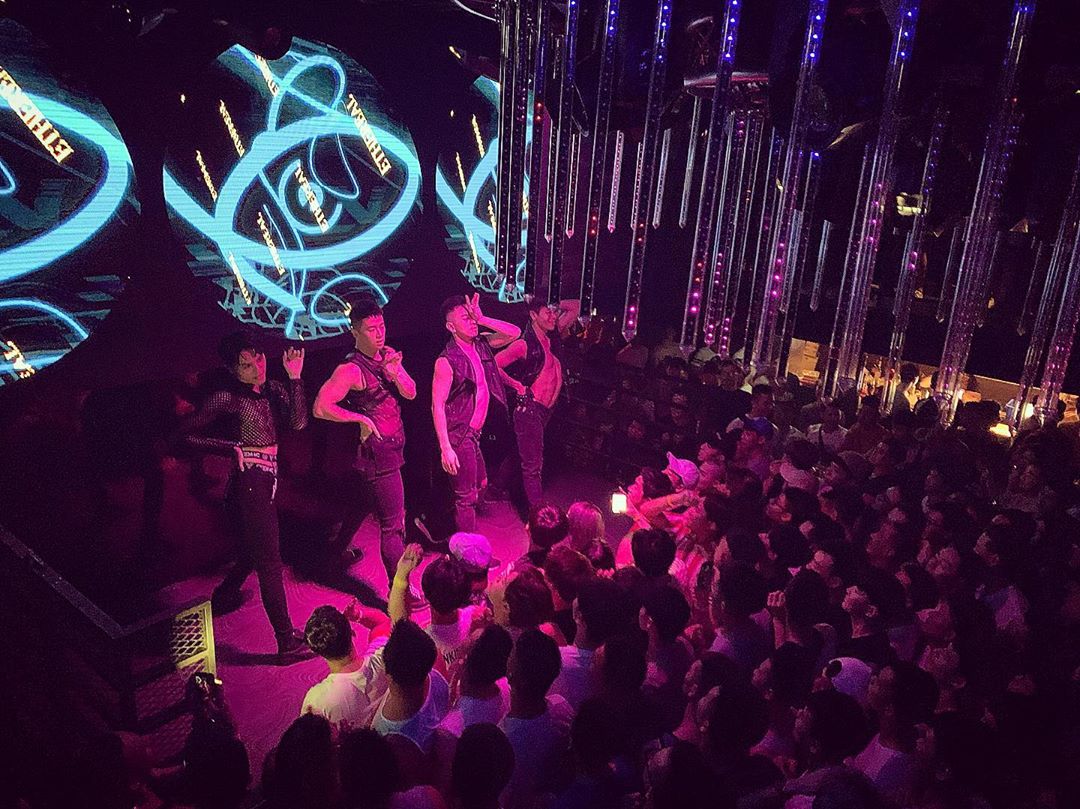 Heat up the night at G Star, Taipei’s most prominent gay club. The 2-storey-high space is a happening one, with local guys often putting up sizzling performances such as K-Pop dance routines.

Unlike most clubs, the entry fee for gents here is cheaper than that of ladies – understandably so. This covers 2 bottles of beer or 1 cocktail, giving you bang for your buck. 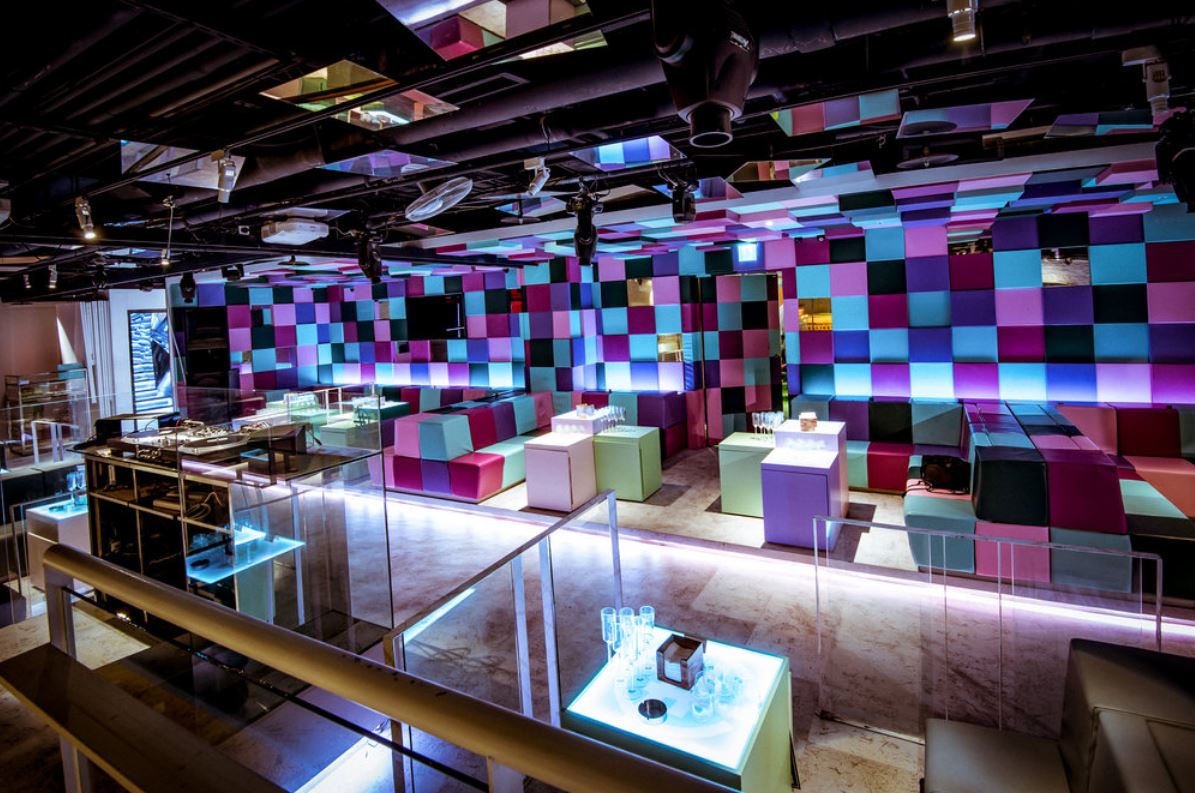 EDM is the most popular club genre in Taipei’s clubs, but if you prefer to groove to the beats of hip hop music instead, head to Chess. A great pun on the term “chess club”, this club in the Xinyi district has a smaller dance floor than most, ideal for those looking to escape massive crowds.

The next time you head to Taiwan, save a night or two to visit these clubs. With plenty of great choices, super affordable entry fees on some nights and great alcohol buffets deals, you’re bound to have an amazing night out.

Read our other Taiwan articles here: 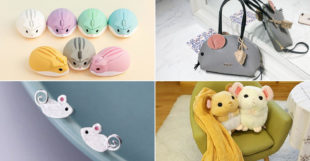 10 Cute Mouse-Themed Taobao Items From $1.50 To Go Crazy Over In The Year Of The Rat
5 Secret Steamboat Tips To Help You Save Money And Impress Your Family This CNY 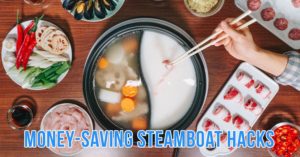