Bingeing on horror movies is like eating spicy food – it’s terribly uncomfortable but most of us can’t seem to stay away. Netflix’s Incantation has given us those highly-sought chills and if you can’t get enough, we’ve consolidated some of the best horror flicks out there.

Whether you’re a horror-junkie or just looking to try this genre for the first time, this list of 10 Netflix horror movies and series are guaranteed to find something from supernatural to psychological thrillers that’ll make you cover your eyes and squirm.

Check out our other Netflix related articles here: 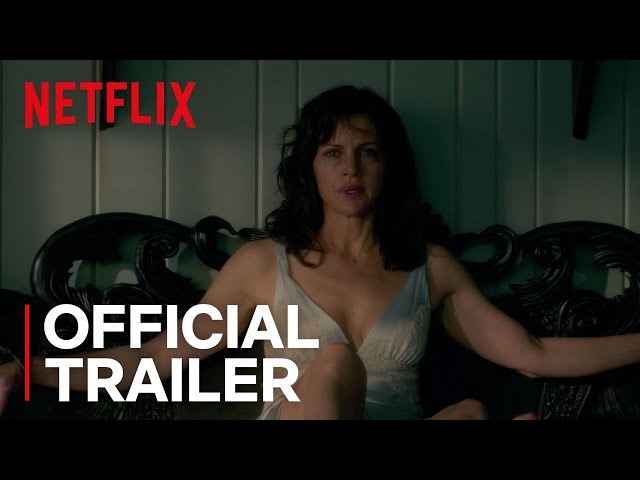 A cabin getaway sounds perfectly romantic for couples who can’t seem to get some alone time away from kids, work, and responsibilities. But this trip to rekindle Jessie and Gerald’s marriage becomes a nightmare when Gerald dies right as they’re getting it on, leaving his wife all cuffed to the bed.

With no way out, she starts hallucinating from dehydration and it’s not always clear if what’s on-screen is a figment of her imagination or reality. She gets out eventually in a gory scene. Overall, it’s definitely not the romantic weekend any of us like to picture.

2. Hush – A deaf woman being stalked by a serial killer 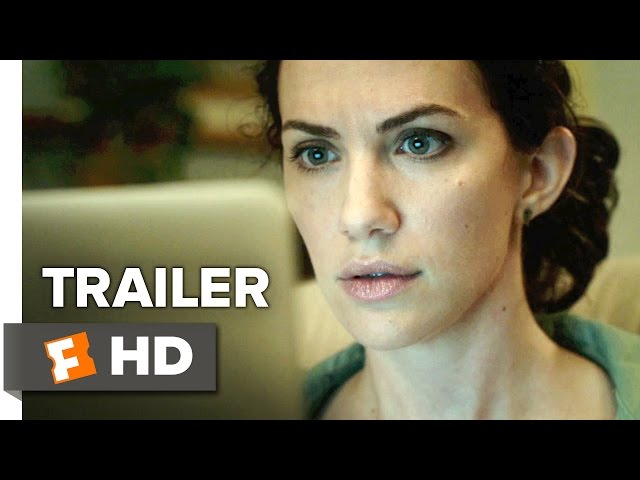 In slasher films, it’s pretty important for victims to listen out for the vicious murderer that’s out to get them. Heavy footsteps, heavy breathing, and accidental jostling of surrounding items help characters keep a lookout and also build up the suspense of an approaching killer.

But Hush centres around a deaf and mute woman who can’t hear the noises she makes, much less listen out for her attacker. Cue a frantic cat-and-mouse chase where she has to fend for herself after her attacker steals her phone and cuts off her internet and power.

3. The Ritual – College students haunted by a Norse creature 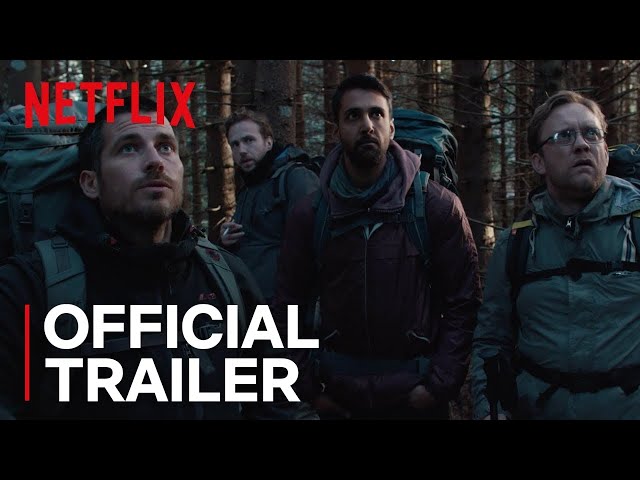 A lot of supernatural horror movies use spirits, ghosts, or demons usually from widely practised religions, but this movie puts a different spin on things by taking inspiration from Norse mythology instead.

Follow 4 men who embark on a hiking trip in the Swedish wilderness only to be slowly picked off one by one by an unknown creature. They end up stumbling upon the village of the cult that serves this entity and then trapped. Watch it to find who makes it and who doesn’t, if any at all.

Watch The Ritual on Netflix.

4. His House – Refugees in London are haunted by a spirit 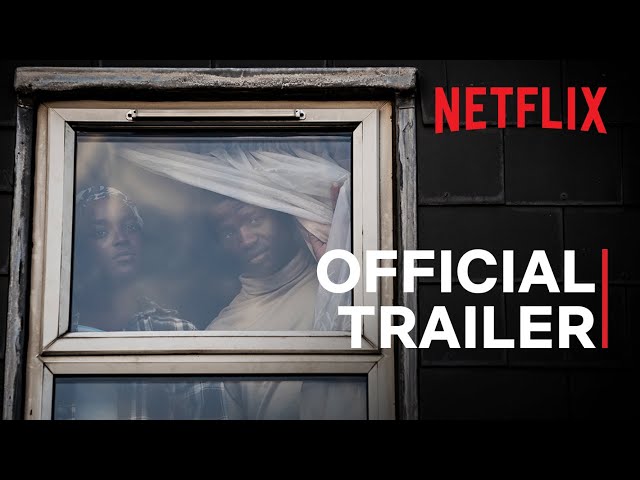 Many horror stories resort to cheesy jump scares and terrifying imagery to scare their audience but His House serves thought-provoking dialogue as it discusses the lives of a Sudanese couple hoping to gain citizenship in Britain. What they don’t realise is that they had unknowingly brought over a spirit who continues to haunt them in their dilapidated apartment.

Arguably one of the better horror films on Netflix, His House is rife with both supernatural horror and the horrors of war and the struggles of refugees. In the film, we watch the relationship between the couple, Rial and Bol, change as they have very different attitudes towards their new lives in London. Not to mention how it’s affected by the supernatural presence.

Watch His House on Netflix.

5. Veronica – Spanish demonic thriller based on a true story 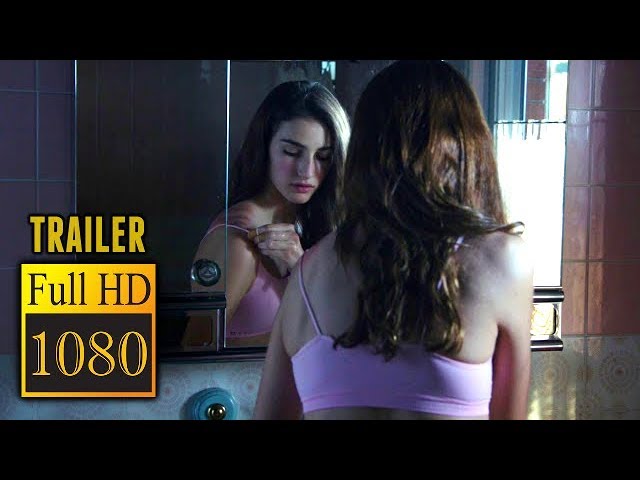 There have been a handful of horror movies with the basis of a Ouija board session gone wrong but this is one of the creepiest, particularly because it’s based on a true story. And waddya know – the 1991 Vallecas case it’s based on is also the first recorded report from a police officer certifying that they witnessed paranormal activity in Spain.

In the movie, three schoolgirls attempt to contact Veronica’s deceased father using an Ouijia board during an eclipse. Things go wrong, as they do when people decide to mess with the supernatural, and Veronica becomes possessed. What follows is a series of unnerving events that’ll definitely make you rethink playing around with spirits. 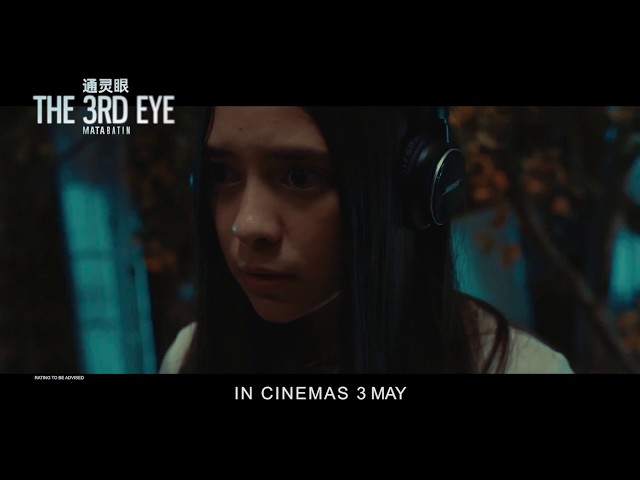 The title of this horror movie is pretty telling of what this it’s about. One twin, Abel, is naturally born with a third eye, but can’t get anyone to believe her. In a bid to help her sister out, Alia has her third eye forcibly opened to share the “burden”.

They both end up being plagued by hostile, restless ghosts and look for a way to be free. This Netflix horror movie is pretty mild compared to others on this list so it would be a great fit for those looking who can’t take too much horror. All in all, it’s a reliable Indonesian film for a guaranteed spooky time.

iMDb: 5.1/10
Recommended for: Those who want to experience Indo horror films
Trigger warnings: Some violence

Watch The 3rd Eye on Netflix.

7. Don’t Breathe – A great plot twist weaved into the story 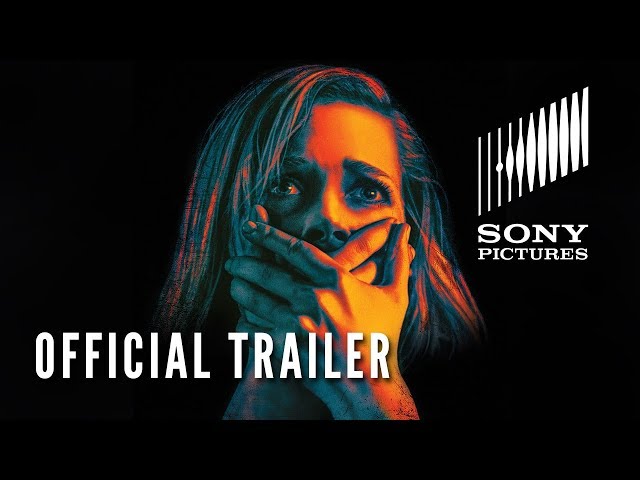 Home invasion movies are typically about the house owners falling prey to some psychotic serial killers and whatnot. But Don’t Breathe flips this premise around and turns our trio of invaders into unknowing victims. You could say they had it coming since they’re robbing an old, blind man who lives alone.

The Netflix horror movie is ripe with suspense from the beginning and you’re served a chilling reveal about the owner of the house that’s sure to make you cringe or scrunch up your face in disgust.

Look forward to Stephen Lang’s portrayal of the blind homeowner – it’s impeccable and blood-chilling. We can imagine the other actors not having to fake being scared with him stalking them around his house.

Update: Don’t Breathe is currently unavailable on Netflix Singapore. Use VPN to access Netflix Canada or Australia to watch the show, or catch the sequel Don’t Breathe 2 instead. 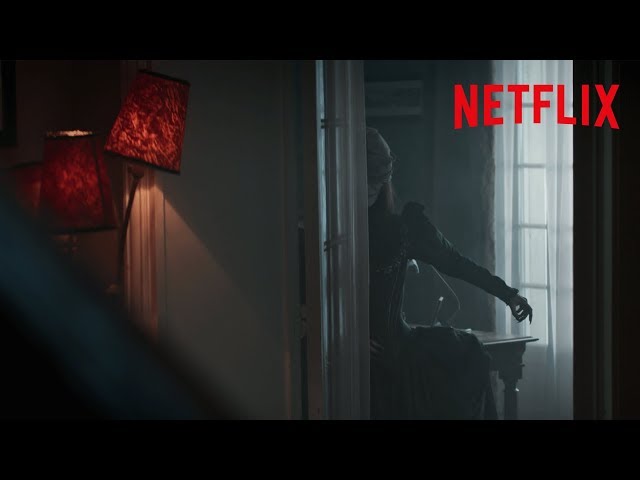 This is a series for those who want a very good scare – the kind that keeps you up at night and plagues your nightmares long after you’re done watching it. You can sense the pervading doom right from the iconic opening scene and it stays with you almost every second.

For some context, it’s about a woman whose best-selling books inspired by her nightmares are coming to life. The basis sounds simple enough, like a twisted Bedtime Stories, but the production makes it purely eerie and sinister.

9. The Haunting of Hill House – Hidden ghosts that quietly unnerve you 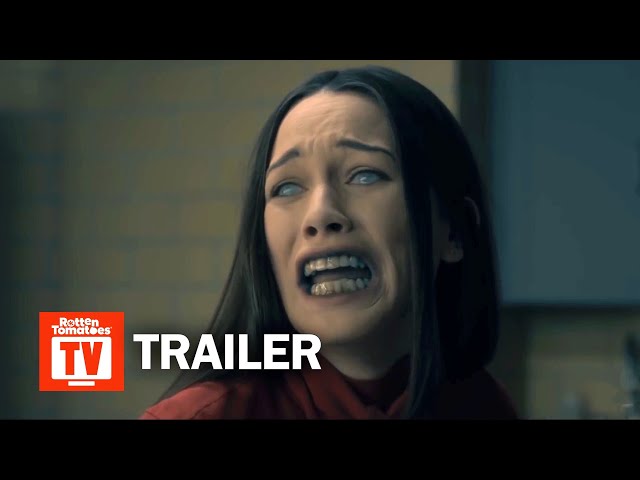 Usually, when a family moves out of a haunted house, that alone solves all their ghostly problems. But in the case of this family from Hill House, their nightmarish experiences follow them well into adulthood and explodes into full-blown family drama when they’re forced to reunite after one of the siblings commits suicide.

The siblings are a configuration of a recovering junkie, an insensitive writer, a psychic alcoholic, and an owner of a mortuary. So while every episode has its own handful of jump scares, you won’t be able to help but to press “Next Episode” to find out what happens next with the dysfunctional family. 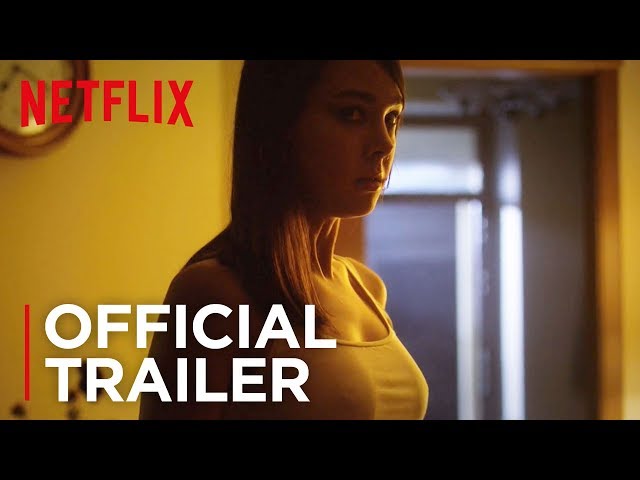 Sometimes all it takes is 5 words – based on a true story – to tip the balance between ok-scary and jialat-cannot-sleep-tonight-scary. Unlike most horror series, the American pseudo-documentary Haunted features short 1-episode tales based on real-life accounts of supernatural encounters.

The 3-season series is a hodgepodge of murders, old mansions, and spirits. And if you need any assurance that this series is proper scary, peek the content rating – this bad boy is rated R21.

Admittedly, the horror genre has a questionable reputation – who deliberately sets themselves up to get scared right? But even non-horror buffs can enjoy these Netflix horror movies and series with the right company. So hit up your friends and have a Netflix Party sesh before you can’t anymore.

Check out other ways you can improve your viewing experience: 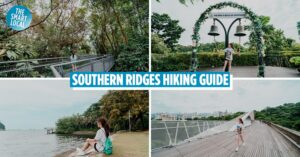