Whether you love blockbuster movies, Korean dramas, or stan Singapore-made shows, smart TVs are the best way to catch the latest shows on a large screen. They don’t just support a range of streaming apps like Netflix, Amazon Prime Video and MeWatch; they also sync with your smart home systems and give you more crisp visuals for movie nights in.

To help you find the crowning jewel of your smart home and to upgrade your binge-watching experience, here are the 9 best smart TVs in Singapore you can get your hands on.

Check out our other articles on home entertainment in Singapore:

How to choose a smart TV 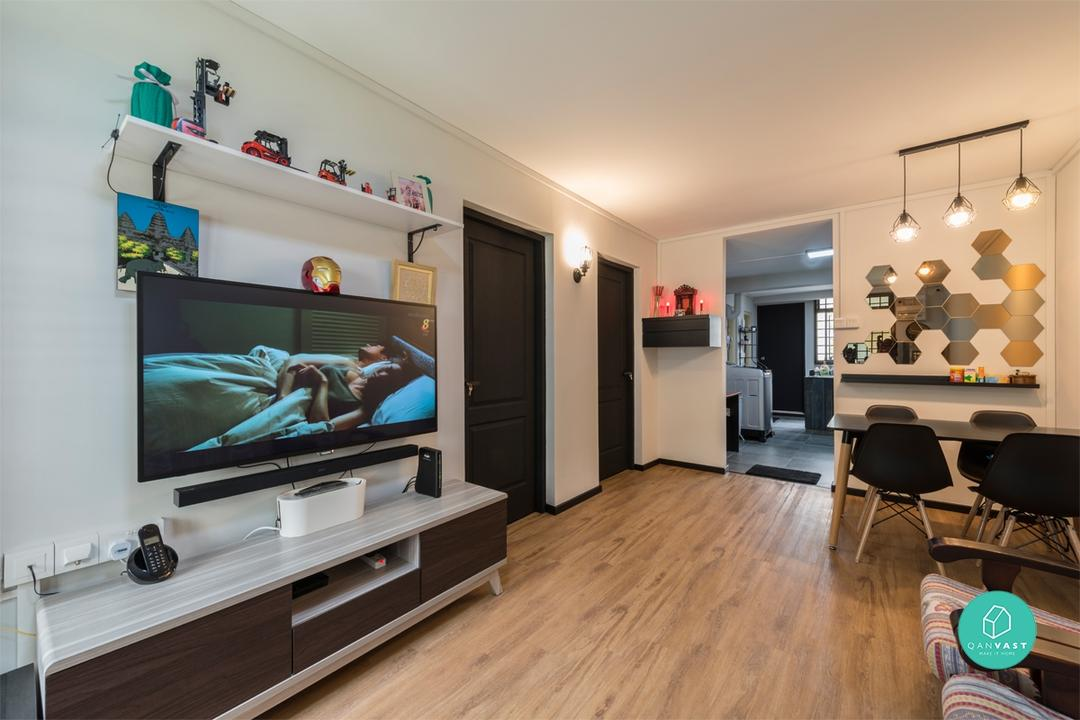 Before we even begin, it’s essential to narrow down your purchase to one that perfectly fits the dimensions of your viewing area.

According to LG, the optimal TV should have a diagonal length that measures half of the distance between your couch and screen in inches. This means that for most HDB living rooms with a 3-metre (300CM) distance between the sofa and the TV console, a TV with a minimum size of 40” is ideal.

For the clearest picture quality for the price, you’ll want to snag a TV with a 4K resolution. You wouldn’t have to worry too much, though – currently, the best smart TVs are already 4K. This resolution is also marketed as Ultra HD (UHD), which is basically 4 times the resolution of 1080P Full HD (FHD) videos you might have seen on YouTube.

This will satisfy most viewers who want to enjoy Netflix on a bigger screen – just make sure to upgrade to a Premium subscription ($19.98/month) to enjoy 4K visuals on compatible titles.

OLED vs an LCD (QLED) display – the black circle on the right briefly brightens from the flare nearby.
Image adapted from: Quantum OLED

Nevermind the endless jumble of acronyms TV salespeople hurl your way – there are only 2 main types of TV displays you need to know of: LCD and OLED. Having been around for more than a decade, LCD is a mature tech that is usually more affordable.

It might come as a surprise, but LED display technologies are in fact LCD screens at heart. They simply use longer-lasting LED lights instead of old-school fluorescent tubes for even backlighting; Samsung’s QLED tech adds an extra “quantum” colour-boosting filter to the mix.

The newer kid on the block, OLED displays offer the best contrast levels by tweaking and even switching off individual pixels for super crisp visuals. In comparison, LCD screens rely on a constant backlight that shines through the actual display layer, which can cause screen glare and uneven colours.

When it comes to stunning, high-contrast visuals, OLED displays are hard to beat. The LG E9 sets the standard for OLED TVs. Ultra-thin, it can be mounted snug against your feature wall to snazz up your living room with its Gallery Mode, which turns your TV into a smart photo frame when you’re not watching shows. 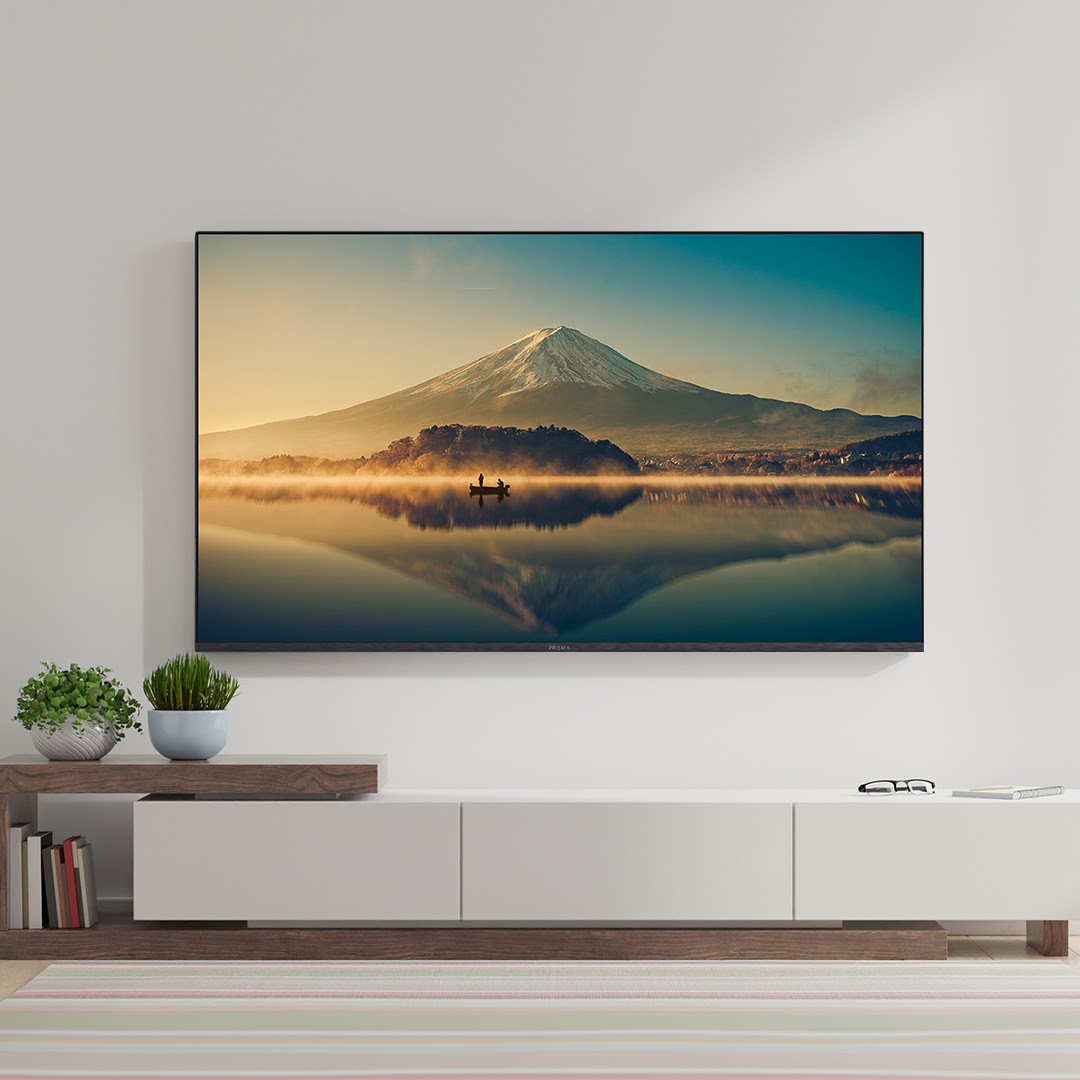 With a pretty massive 75” screen, the PRISM+ Q75 is an attention-grabber. Part of PRISM+’s Q series, this Android TV comes with an array of smart features like Google Play Store which gives you access to more than 5,000 apps like Netflix, YouTube and Spotify.

Alternatively, you can easily use its built-in Chromecast to display content from your phone or tablet on the TV. Google Voice Assistant is also available for couch potatoes to simply command the TV to locate a specific programme with your voice – just saying “Watch Emily In Paris on Netflix” aloud will activate your TV.

For those with smaller living spaces, check out their range of Q series 4K TVs that come in 55” and 65” screens with the same smart features.

Most might know Sony for their headphones and camcorders, but they’re one of the biggest film studios in Hollywood, responsible for blockbusters like Jumanji and Spiderman. They’re also behind the most premium model on this list, the Sony A9G Master.

Certified IMAX Enhanced, this TV is the closest you can get to viewing the epic film format from home – something Singaporeans pay more than double for in cinemas! But even for our everyday sitcoms and dramas, the A9G Master is a Netflix Recommended TV, boasting a calibrated mode for the best colours and visuals.

Acoustic Surface Audio+ on the A9G Master projects sound from the screen itself
Image credit: Sony 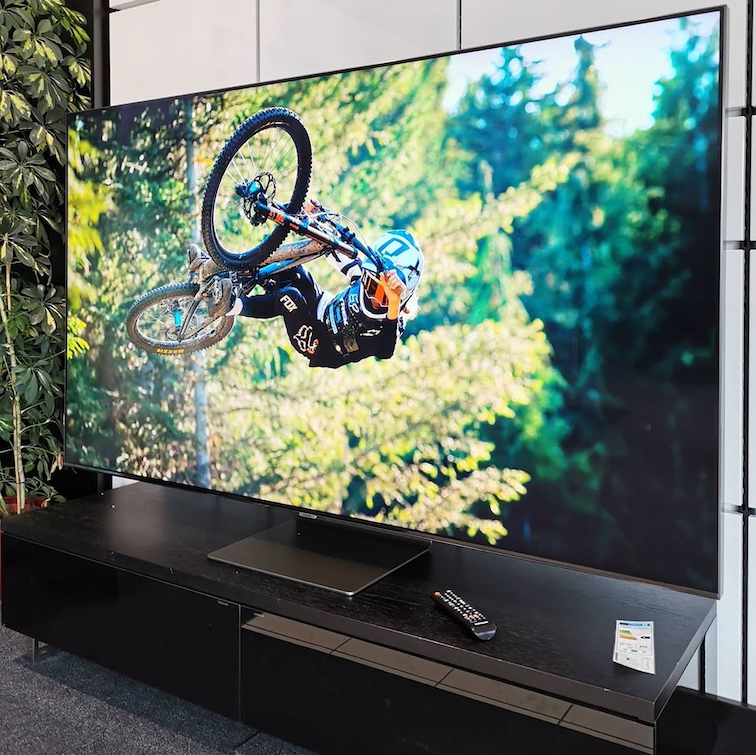 Despite being a type of LCD display, Samsung’s QLED technology is so advanced that it can easily compete with OLED screens while costing less. Samsung Q95T’s QLED display has one of the best contrast ratios on the market, which translates into stunning HDR visuals with a wide range of tones and colours.

It also boasts ultra-wide viewing angles, ensuring everyone has the best seat in the house during Netflix parties. Most smart TVs are Android-based, but Samsung uses its own Tizen software that learns your viewing habits, making it easier for you to access your favourite shows and features.

It even lets you view 2 streams of content at once by splitting the screen into 2, great for when you’re following a yoga class while watching your favourite Kdrama. To add to its sleek design, the TV comes with the One Connect box, which reduces the clutter of cables down to a single white wire. 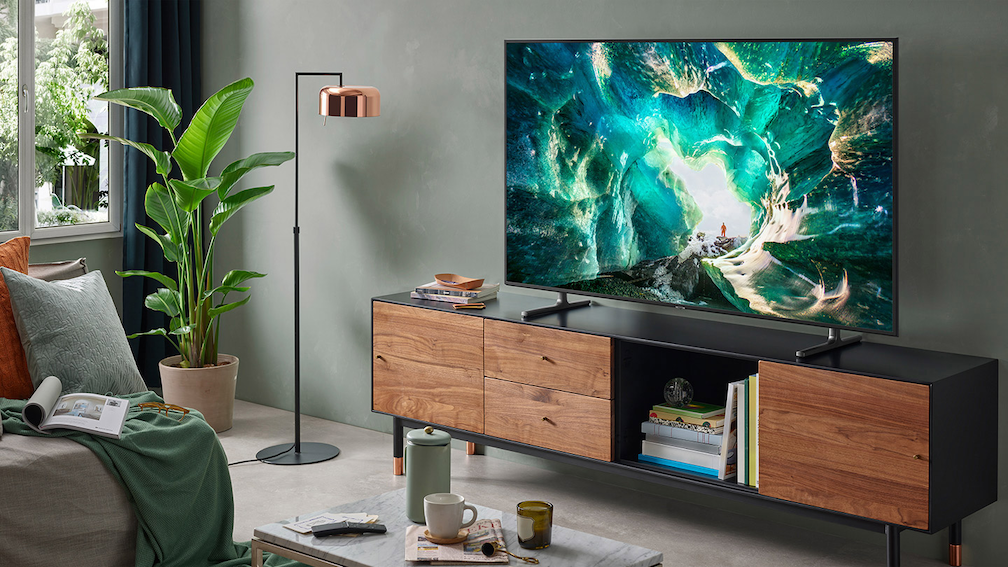 When it comes to gaming and sports, having a TV that looks good simply isn’t enough. Fast action, like when the camera pans or in a first-person shooter game, can cause screen tearing – annoying, choppy lines across the screen.

The Samsung RU8000 borrows FreeSync technology from the world of gaming monitors to adapt the TV to the demands of big-screen gaming. That means fast-paced movements aren’t as choppy as they would be on other types of screens, so FIFA nights with your pals will be more seamless.

Smart features on TVs usually include video streaming apps, though some include Google Assistant to as an added bonus. For the Sharp 4T-C50BK1X, you’ll get dedicated buttons to Netflix and Youtube, along with a Google Assistant button and microphone baked into the remote, letting you access your TV without having to yell.

Taking advantage of the large TV display, you can easily view your calendar and access maps in addition to controlling smart home devices and navigating TV content. Awarded 4 ticks out of 5 according to NEA’s Energy Label, it’s also the most energy-efficient TV on this list and will save you money in the long run – especially if you’re a drama addict.

Smart lighting might be convenient and cool, but the Philips 55POS901F/12 takes it a step further. Ambient lighting at the edges of the TV sync with on-screen content for a movie experience that extends beyond the screen. If you’ve got a Philips Hue smart lighting setup at home, you can take it to the next level with a full-blown display around the living room.

You’re not just paying for a light show, however. At its price, you’ll get a decent OLED display and a highly-rated in-built sound system – all in an overall slim, sleek package that will blend into your meticulously-curated home decor. 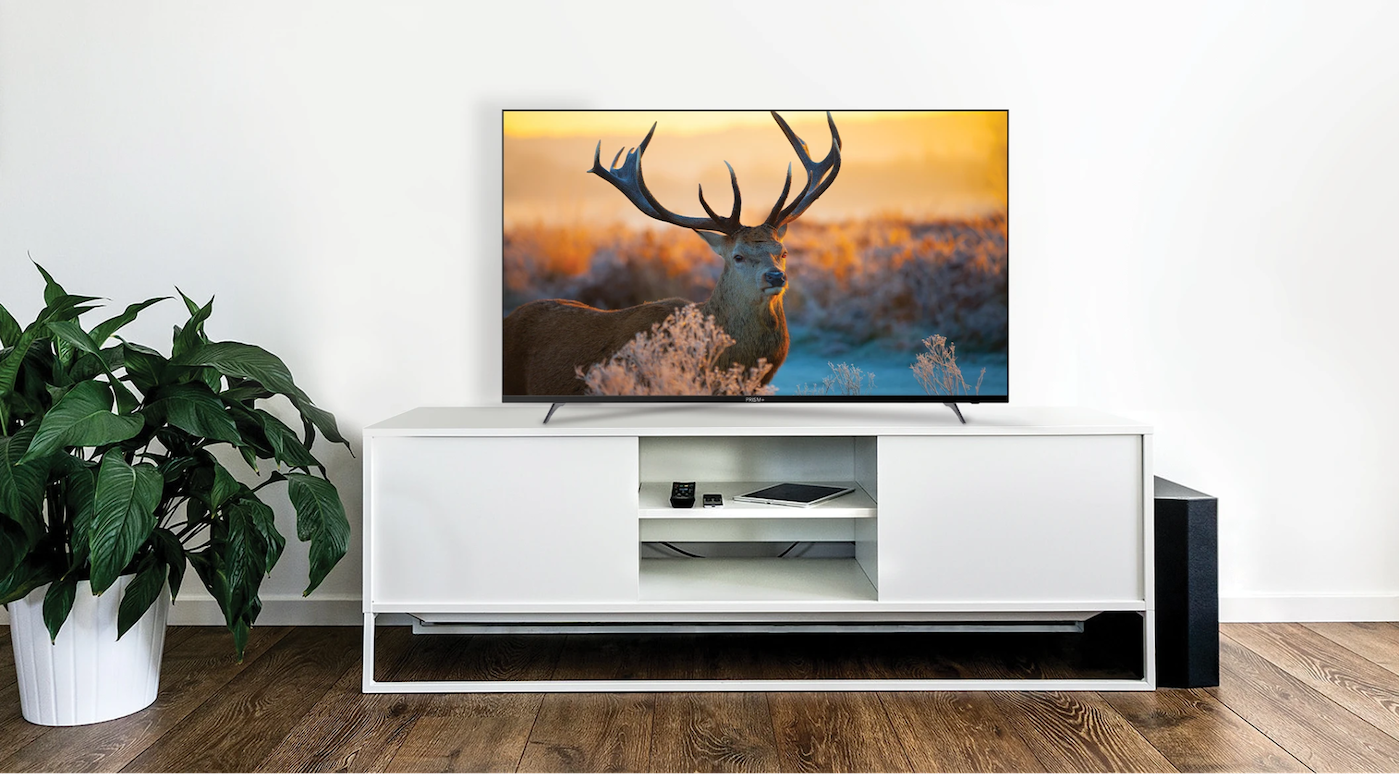 Local display company Prism+ is known for their extensive line of gaming monitors, and it’s good news that they’ve now added TVs to their repertoire. As with their other displays, the Prism+ E55 comes with an aesthetic, thin-bezel design along with good visuals – all at an affordable price of $599.

You can even opt to mount it on the KANVA Tripod (left, $169) or the KANVA Quad TV stand (right, $199) to transform the TV into a centrepiece
Image credit: Prism+ 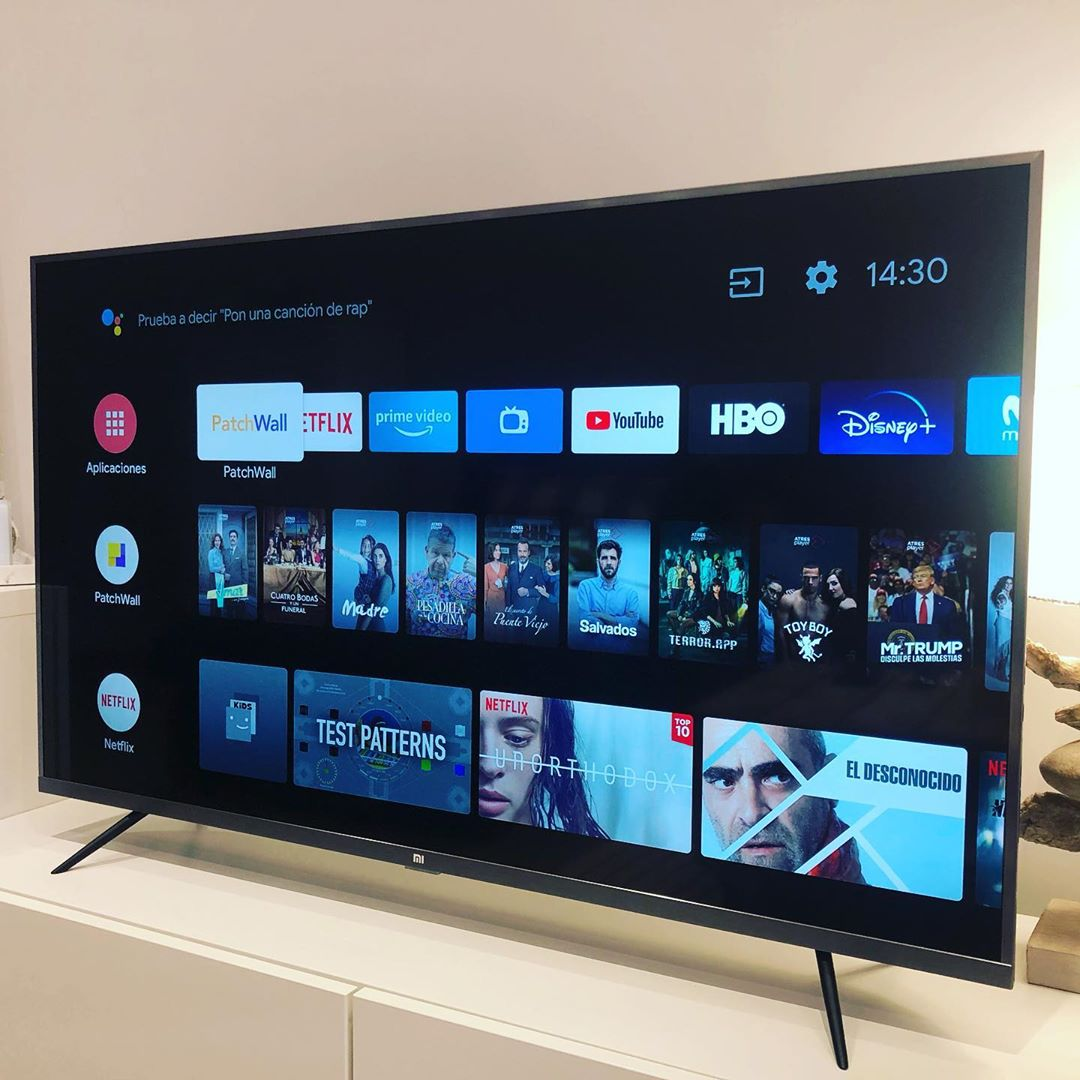 Xiaomi is synonymous with smartphones and other household appliances, so it comes as no surprise that they’ve got a TV too. Despite being the most affordable on this list, the Xiaomi Mi TV 4S is among the largest at 65 inches.

You’ll still get creature comforts like HDR, along with an easy-to-use Android TV interface with access to thousands of apps on the Play Store.

With our smartphones, tablets and laptops already making up a large chunk of our daily lives, it’s easy to overlook the importance of selecting a good TV. But bringing together friends and family through movies, sports and gaming, a reliable unit that fits your needs will go a long way in turning your house into a comfortable home.

Check out our other articles on the best home appliances in Singapore:

The products have been ranked in terms of functions, and price from sources and reviews online.
This article contains partial partnership content. However, all opinions are ours.
Original article published on 12th August 2020. Last updated by Deborah Gan on 4th November 2020.
Cover image credit: Qanvast, Philips 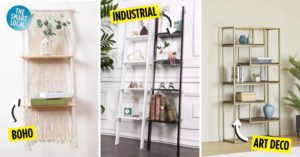 8 Unique Bookshelves To Match Your Renovation In Singapore, If You Don't Want IKEA's Billy Bookcase
6 Fun Ways You Can Do Good This Year-End & Score Some Karma Points For... 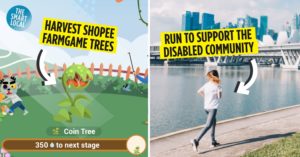