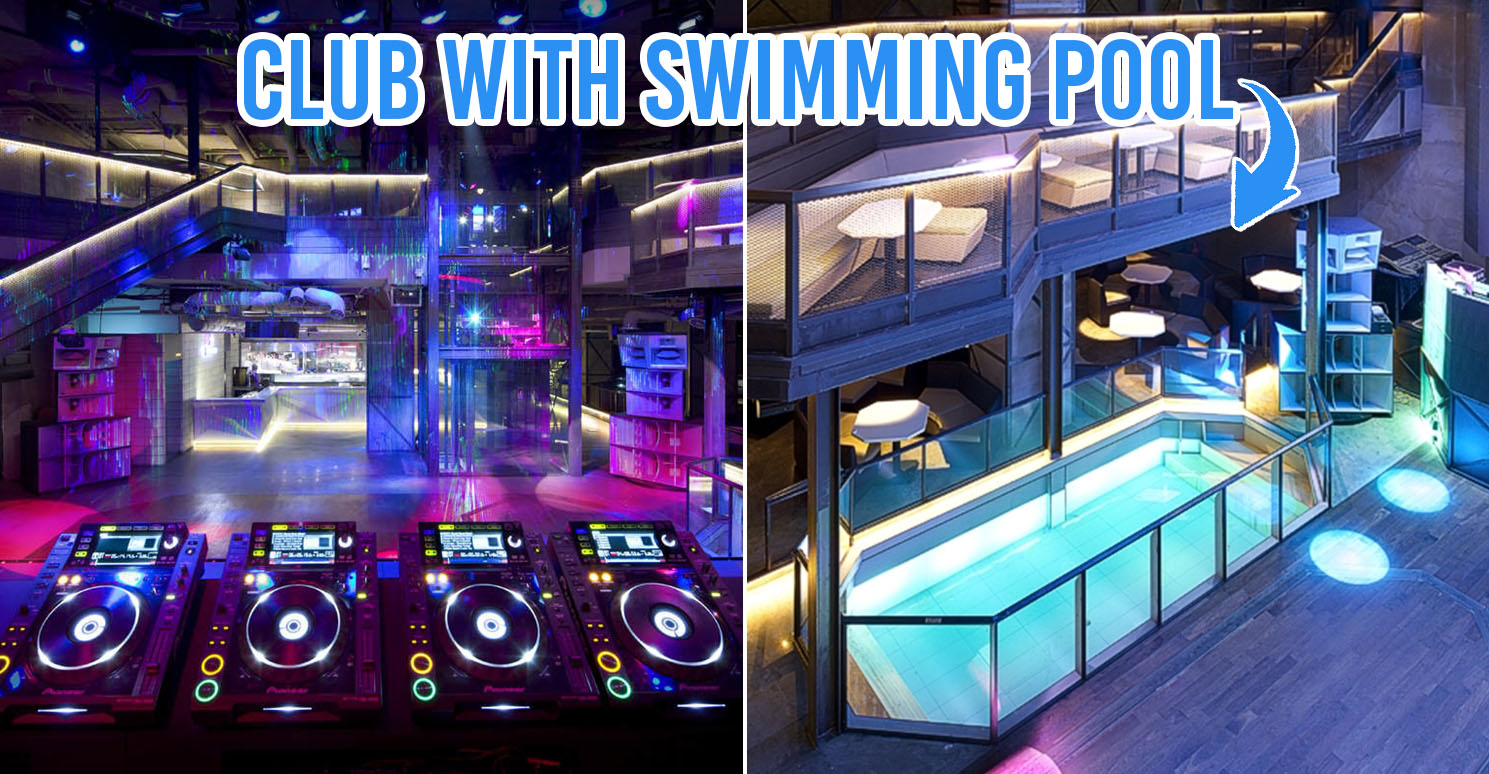 Korea’s an immensely popular travel destination among Singaporeans with plenty of things to do and attractions to explore.

Don’t let the excitement die down after the day’s over though, as the nightlife in Seoul has lots to offer too. Party nights here are one of the most happening in Asia with lots of clubs lining the districts of Hongdae, Gangnam and Itaewon. We sifted out the 10 best clubs in the city here:

Things to know before clubbing in Seoul

PSY might have put this name on the map, but you’ll have to head down to experience Gangnam for yourself. Known to have more upscale bars and clubs, Gangnam is a must-visit if you’re in Seoul to party.

1. Octagon – best club in Korea which comes with swimming pool 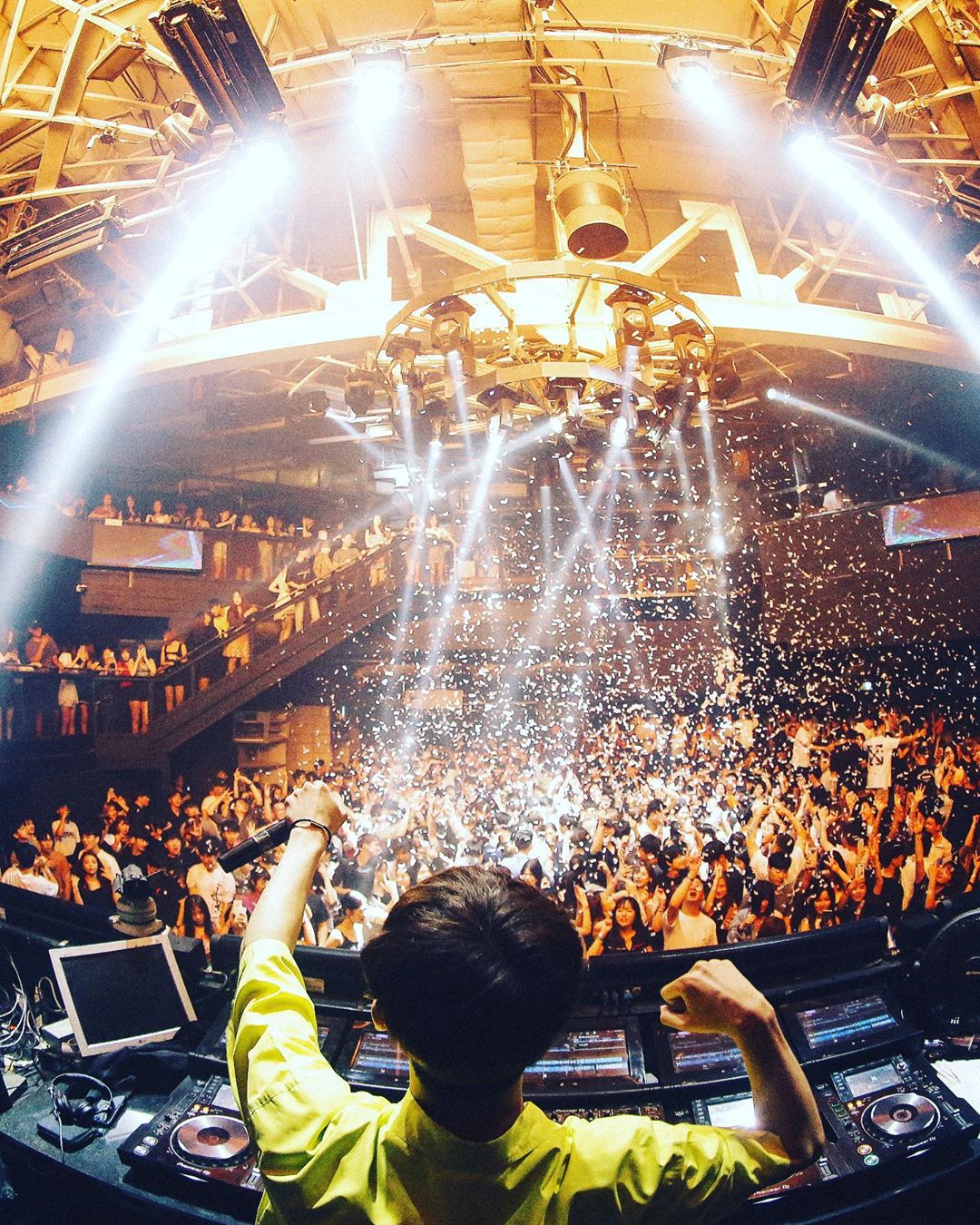 Essentially the Zouk of Korea, Octagon is hailed as the best club in town, and ranked among the top 5 in the world. No Seoul clubbing experience is complete without a visit here, and if you had to pick one club to visit, this is easily it. 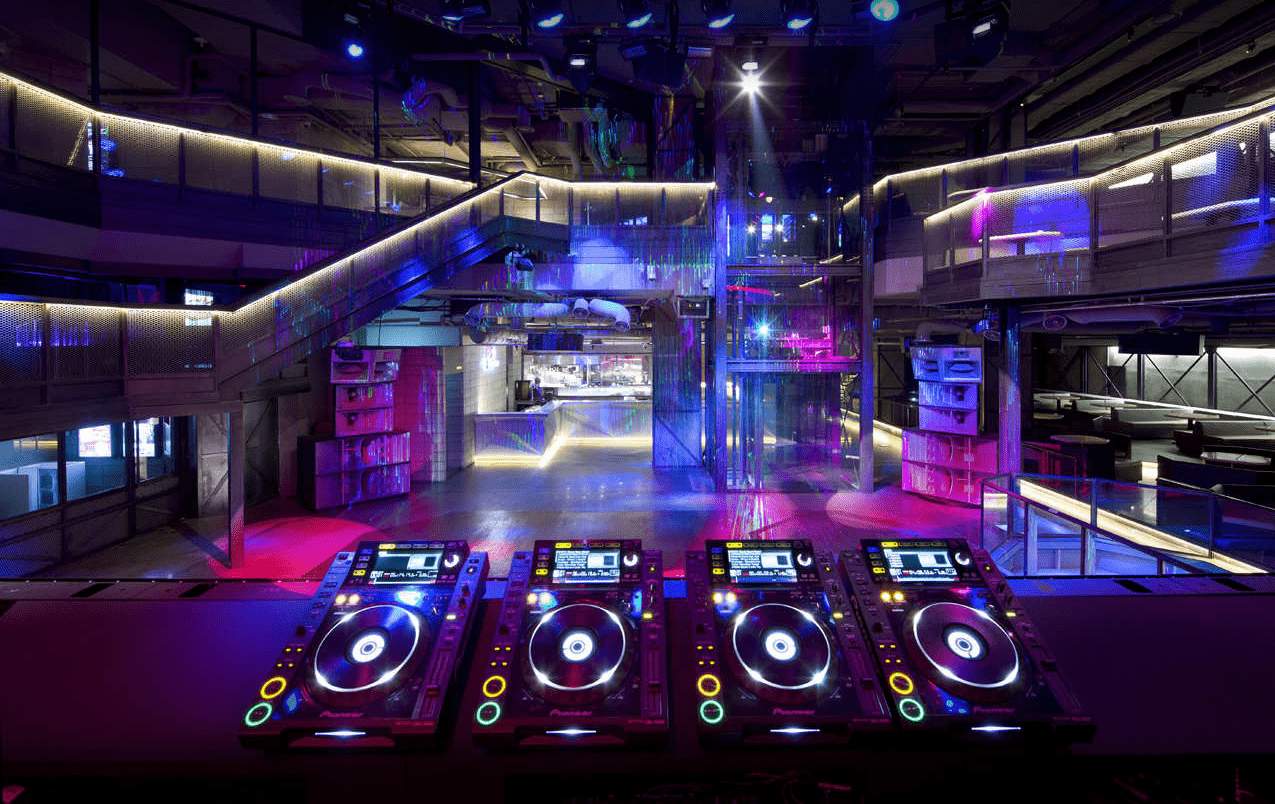 Throw any plans to club hop right out the window ‘cuz this club has got 2 storeys, 3 bars, private mezzanine VIP bunkers and even a swimming pool to explore all through the night. 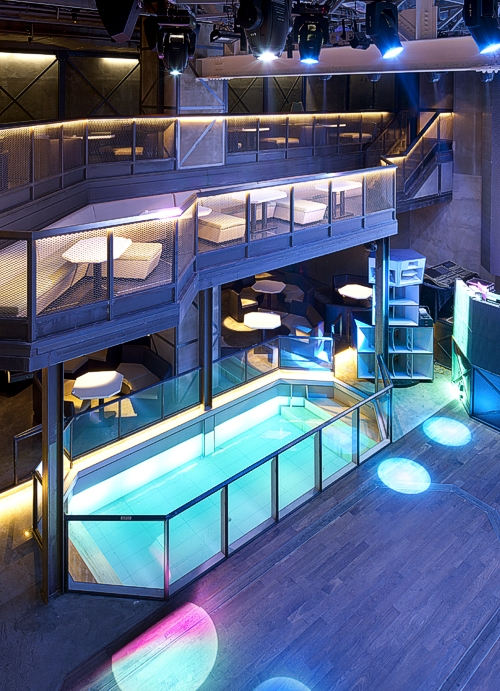 As a testament to its popularity among locals and foreigners alike, the queues here can get pretty long so make sure to head down a little earlier to account for queue time.

If you’d like to spot K-pop idols IRL, Arena is likely your best bet in this list. It’s known to have been host to lots of celebrities so keep your eyes peeled. 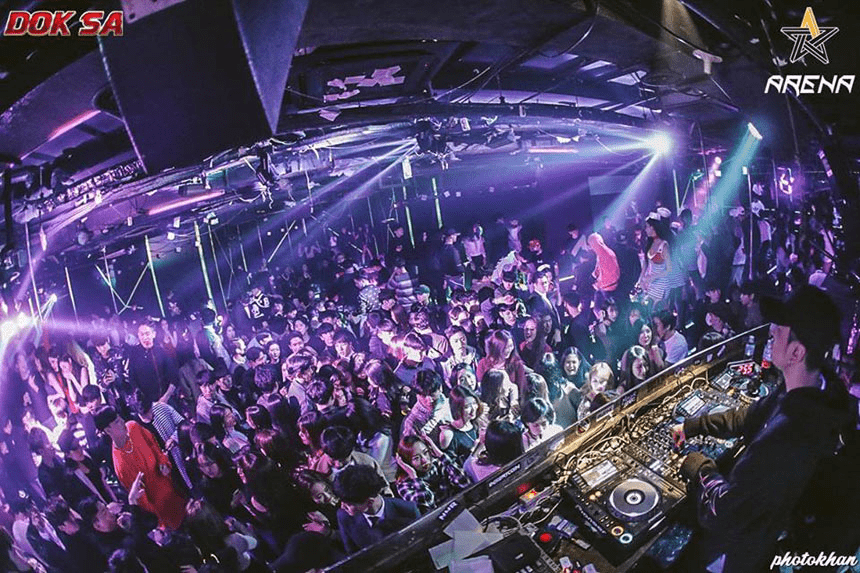 The main downside is that the club has a reputation for rejecting entry to foreigners – make sure to have a Plan B just in case. 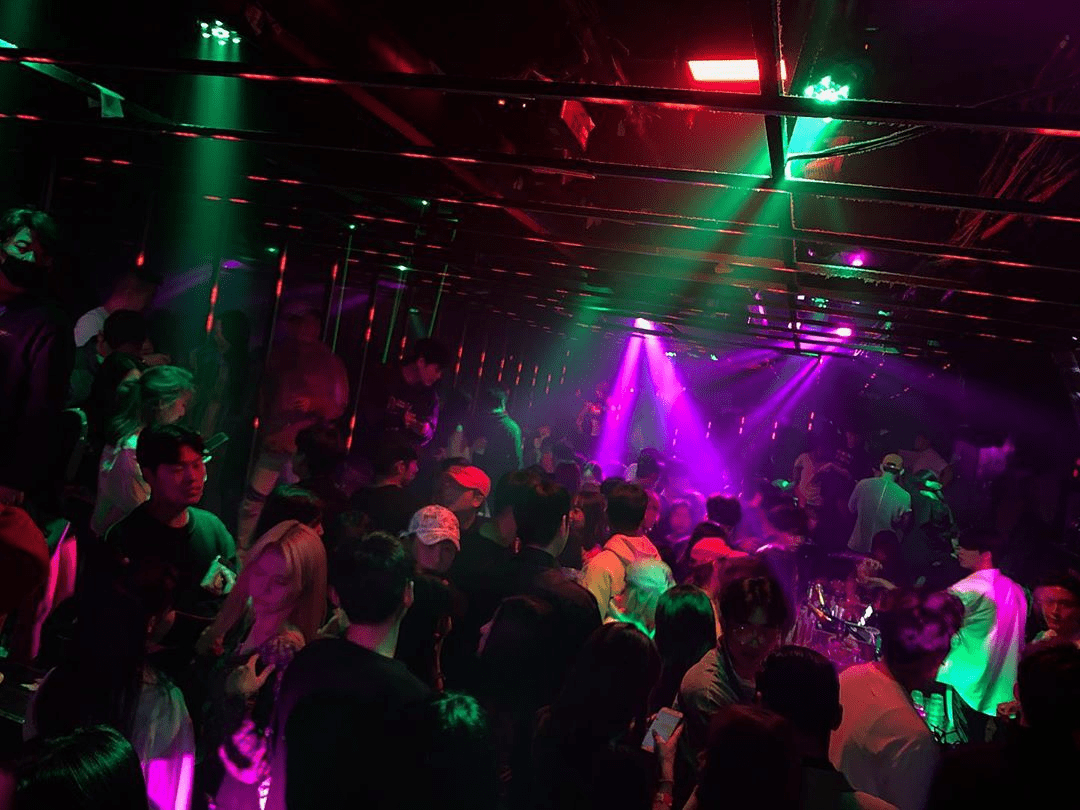 With a capacity for 1,000 people, Club Mass is one of the bigger clubs in Seoul. The party joint is spread across 2 basement levels, and the main stage hosts both Korean and international DJs.

Located right next to Hongik University, Hongdae is a lively area by night with buskers filling the streets and bars and clubs opening up their doors. This is also an ideal district for club hopping as there’s a high concentration of clubs within walking distance from each other.

Hip hop might be thriving in clubs these days but for those who still love a good EDM remix, head to M2 to party the night away with your buds. 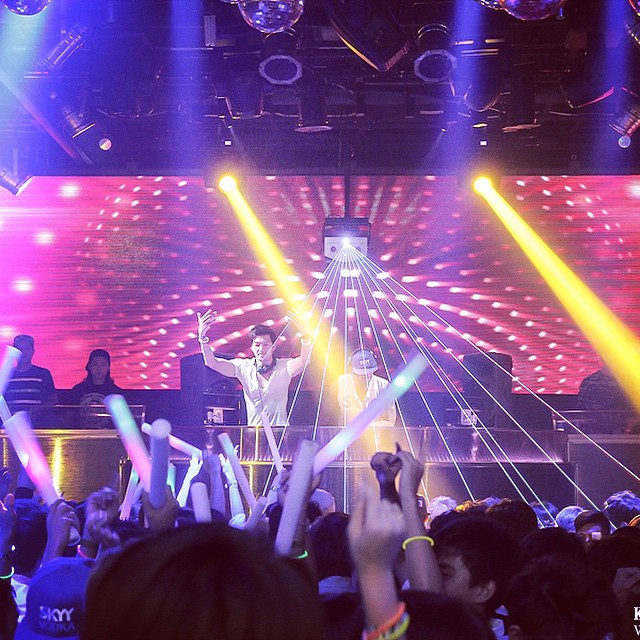 This 1,000-capacity club has been around for more than 15 years, and is still a local favourite till date. 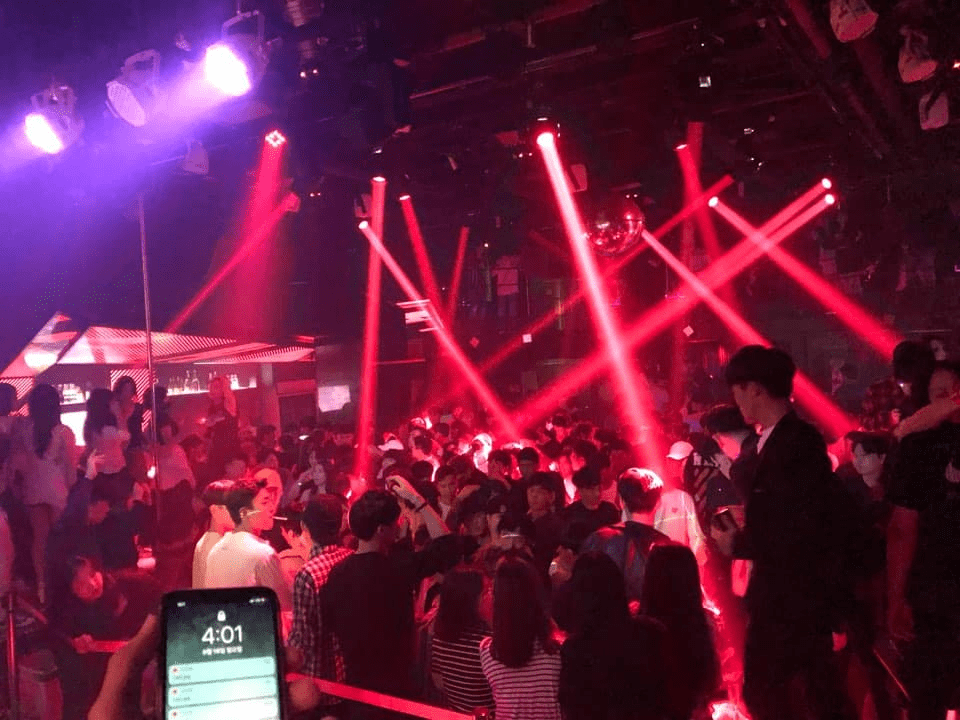 The party’s still lit at 4AM during the weekend
Image credit: 클럽엠투

One of the largest clubs along the streets of Hongdae is Cocoon. Nights here are hardly ever the same as the club constantly plans different themed parties. Past events include Hit Song Party and Masquerade Party where chart toppers were played and fancy masks were given out respectively. 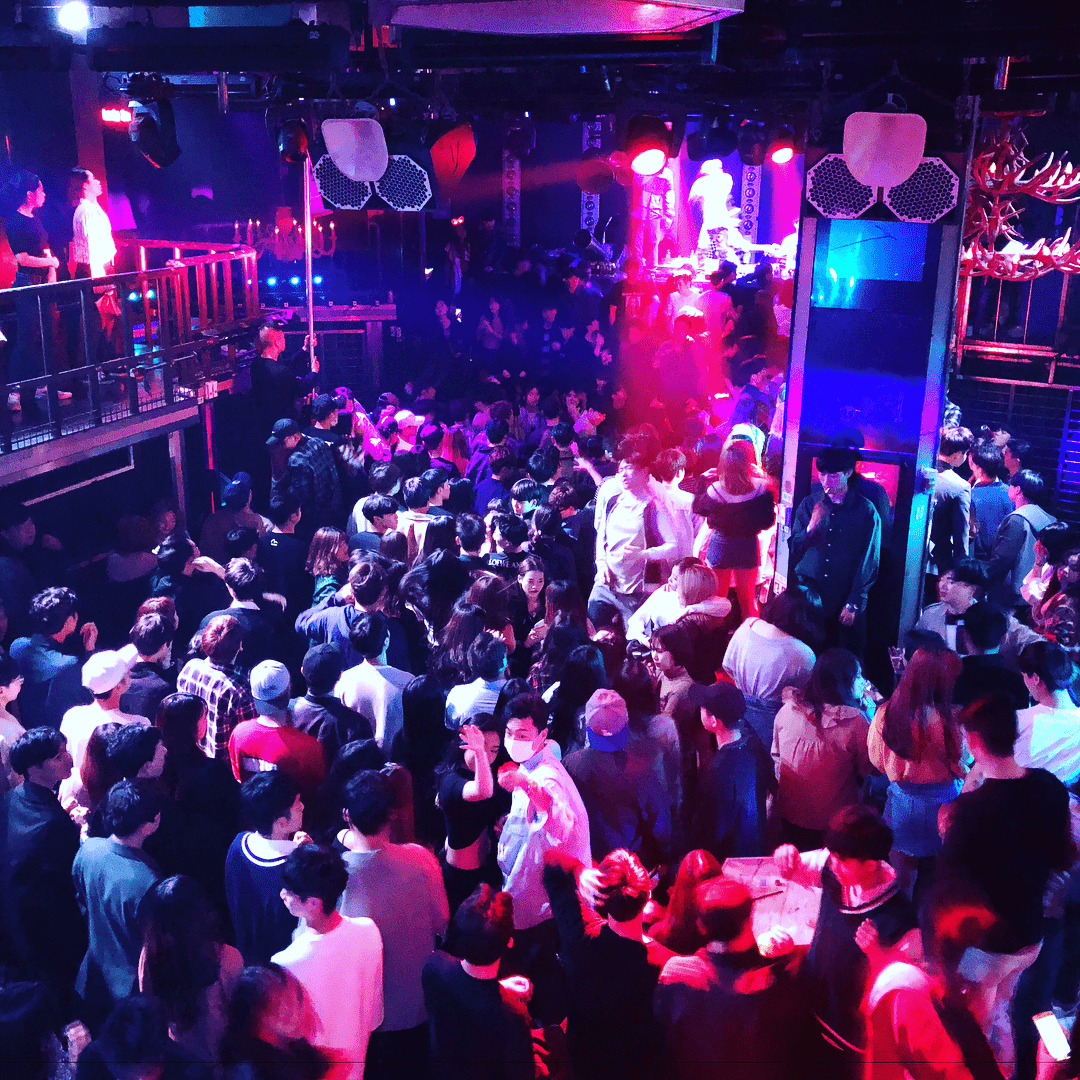 Electronic and hip hop music is also often heard here to keep the party going till sunrise. This club closes at 6.30AM, so if you manage to stay till the end, you’ll be able to take public transport back to your hotel.

Ask a local to recommend a club in Hongdae and you’d likely get Noise Basement 2, or NB2, a local-favourite owned by YG entertainment. DJs here often play hip hop and K-pop remixes, great for dancing the night away with. 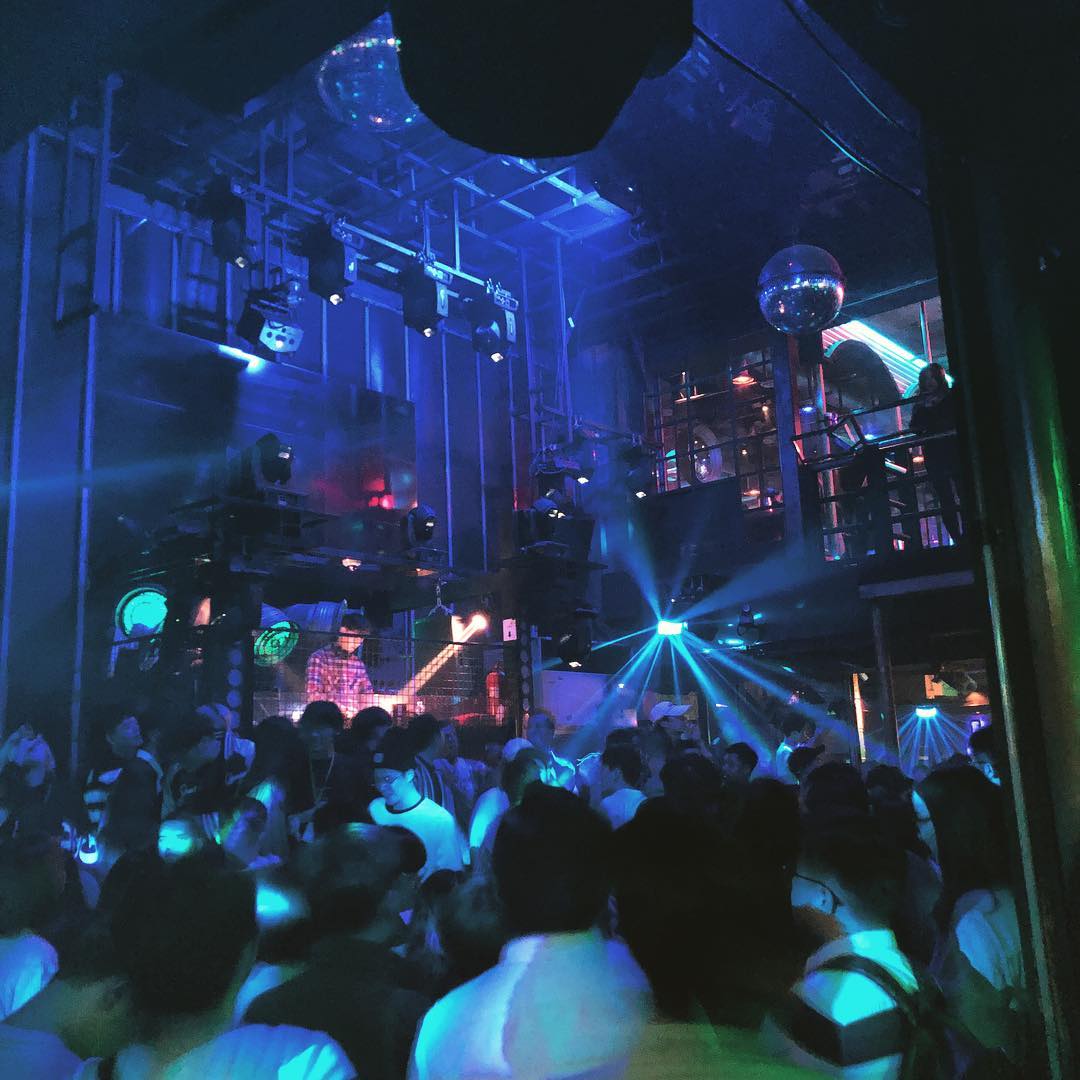 Aside from just entry to NB2, party goers can also look forward to free entry into NB1 and Harlem with the same wristband – but take note that the other two are only open on the weekends! 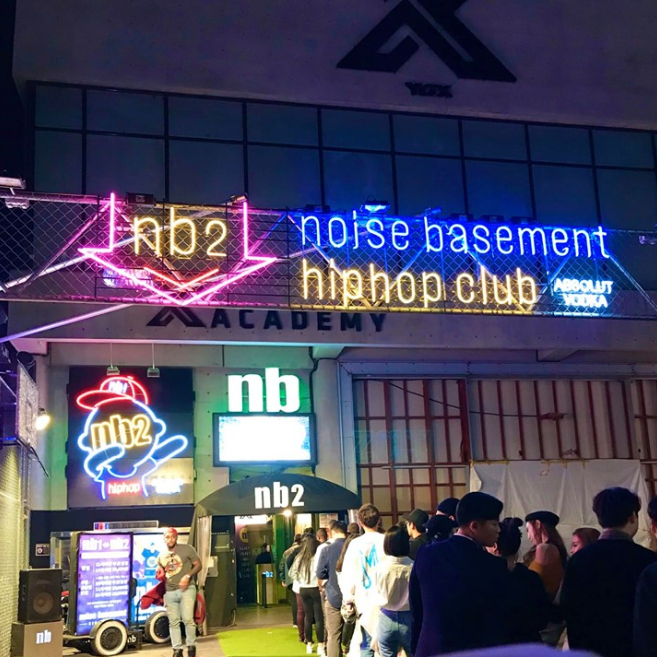 To save some cash, head in before 10PM to get free entry.

Pro-tip: Taxi rates in Seoul are similar to Singapore, but there have been many instances of scams. Make sure to ask the driver to turn on the meter before heading off! 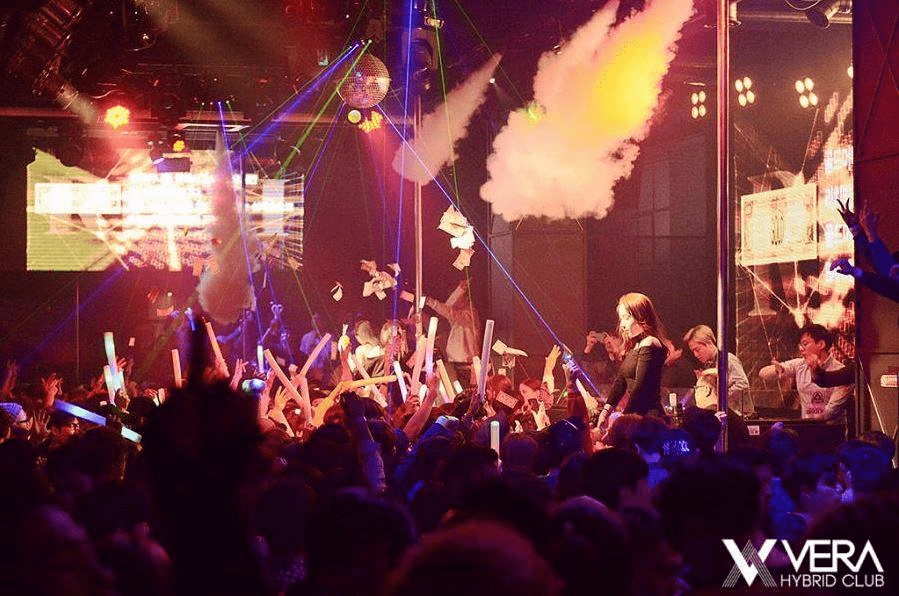 CLUB VERA is a cosy underground club round a corner in Hongdae. Electro house and commercial music are most commonly heard here. On days the space isn’t used as a club, events like celebrity showcases and fan meets are held here as well. 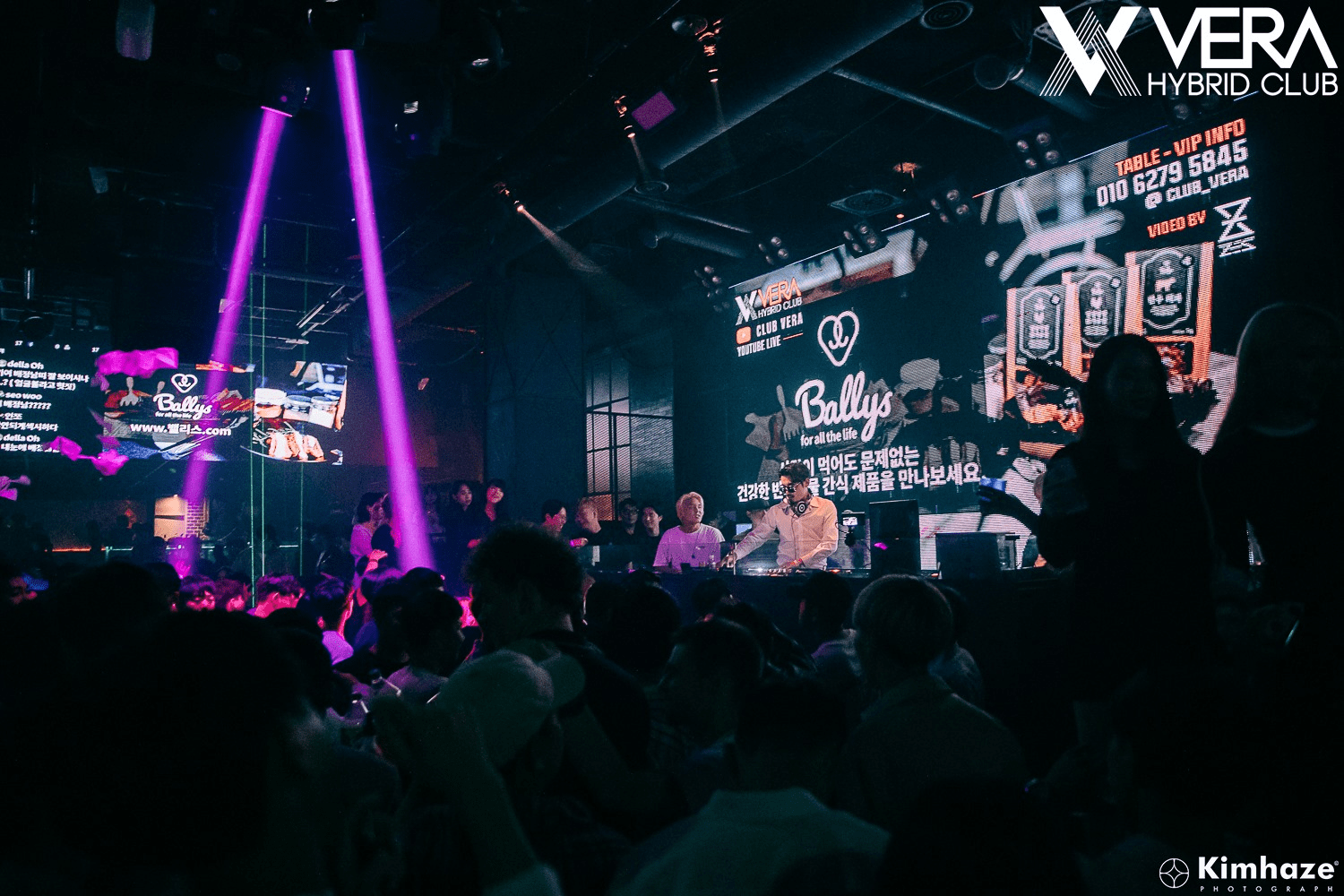 During my visit, I lost the locker key, which came on an elastic waistband. Don’t make the same mistake I did ‘cuz you’ll end up having to communicate to the non-English speaking staff through Google Translate, with loud music in the background. There’s also a fine of ~S$50 for losing keys.

Other than that it was a dandy night.

Itaewon is a popular party destination among foreigners and you’ll find plenty of travellers and expats here, compared to the rest of Seoul. Clubbers here tend to be a bit older than in Hongdae, and are also a friendlier bunch.

8. Cakeshop – grungy space in a warehouse 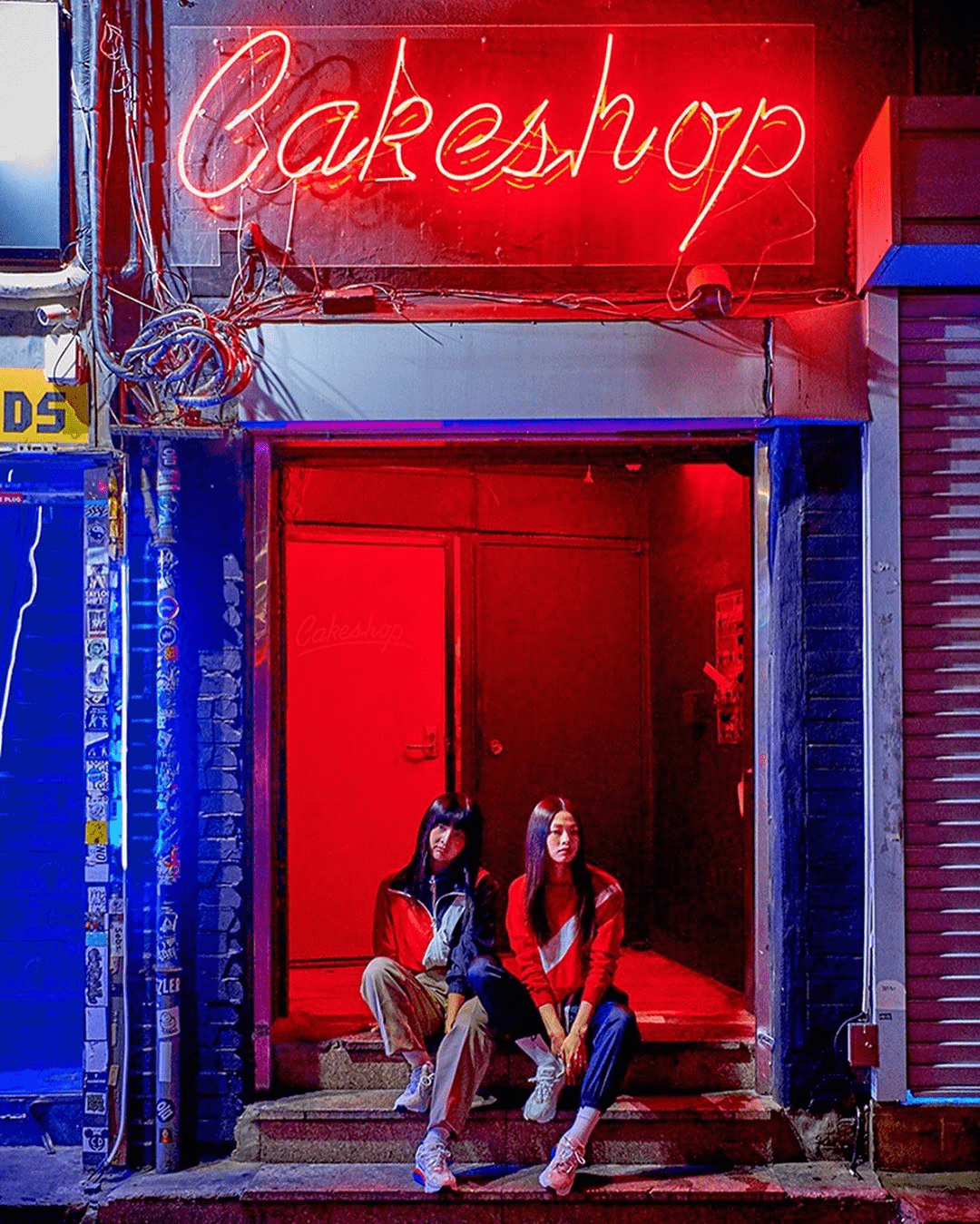 In case you’re wondering, Cakeshop does not actually sell cakes. What it does have in store though, is a sweet party. Taking the spot of an old illegal strip club, this underground club has a grungy, ghetto aesthetic with red neon lights marking it’s entrance and graffiti decorating the club’s cement walls. 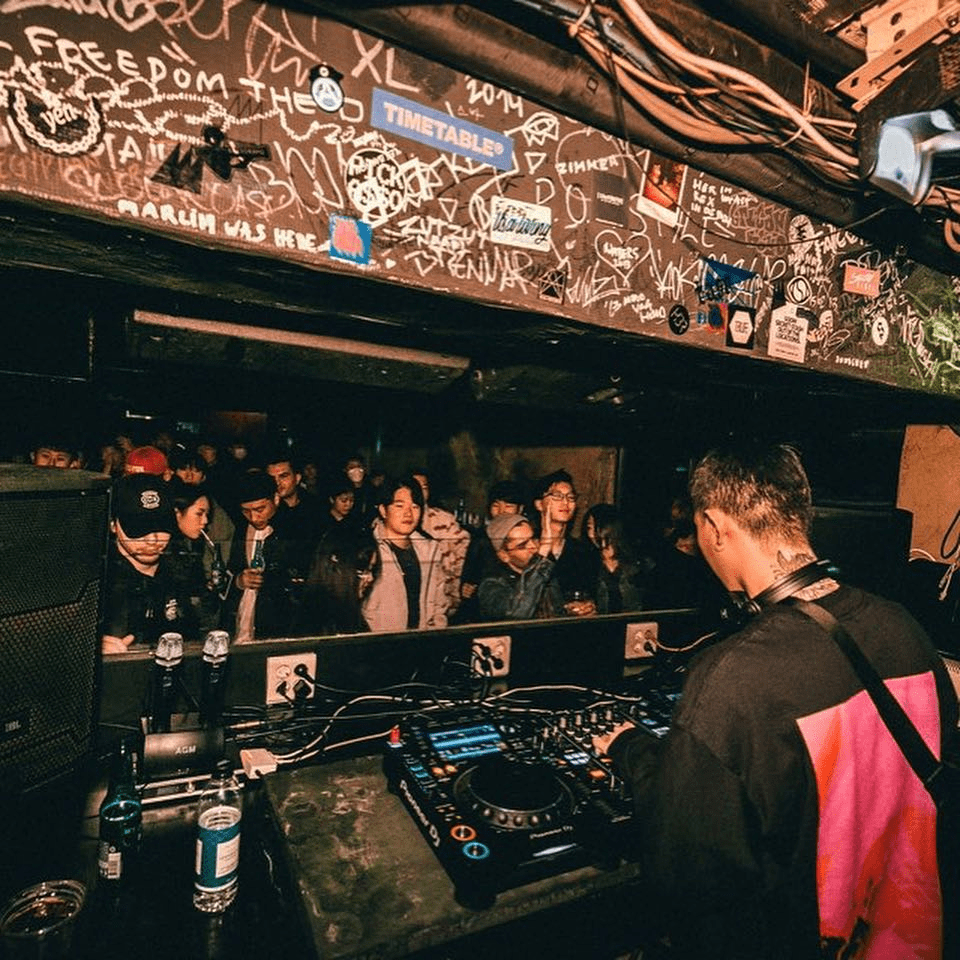 The club is a relatively small one, with a capacity for 200 people, and always has a constant stream of people waiting in line to enter. There’s no specific music style here but some of their genres include Disco, Hip Hop and R&B. 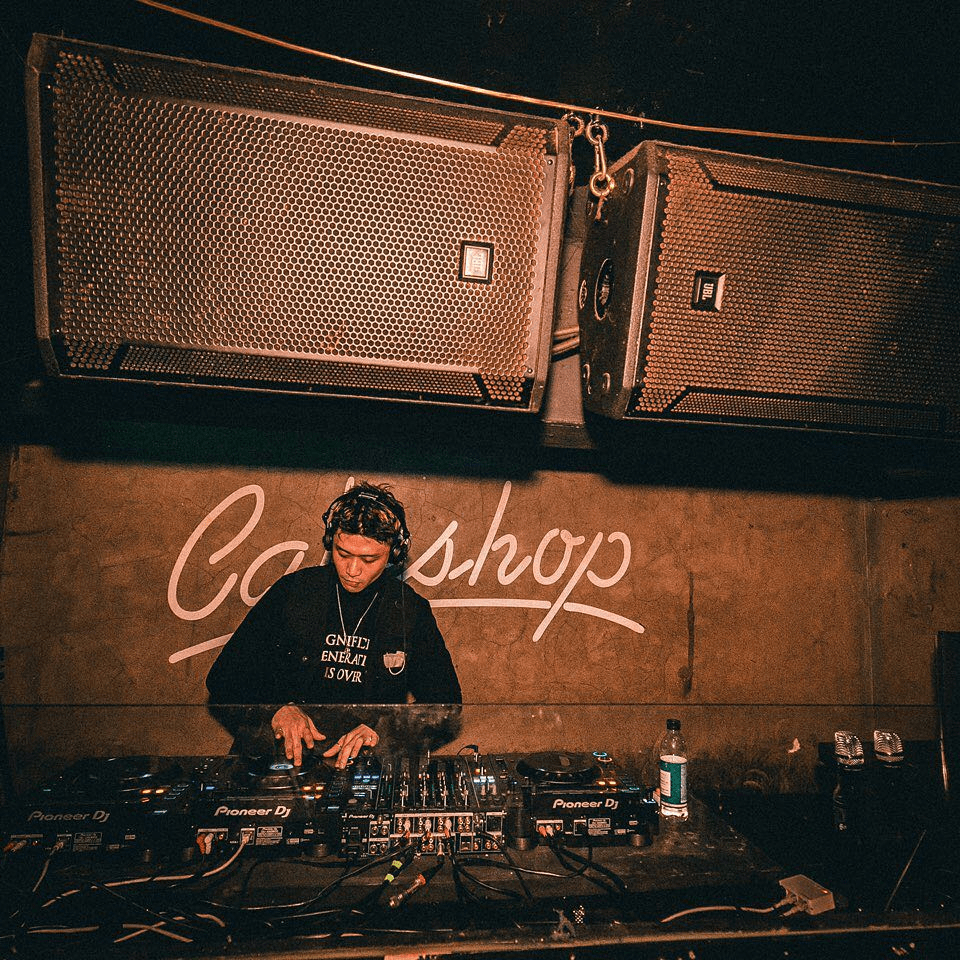 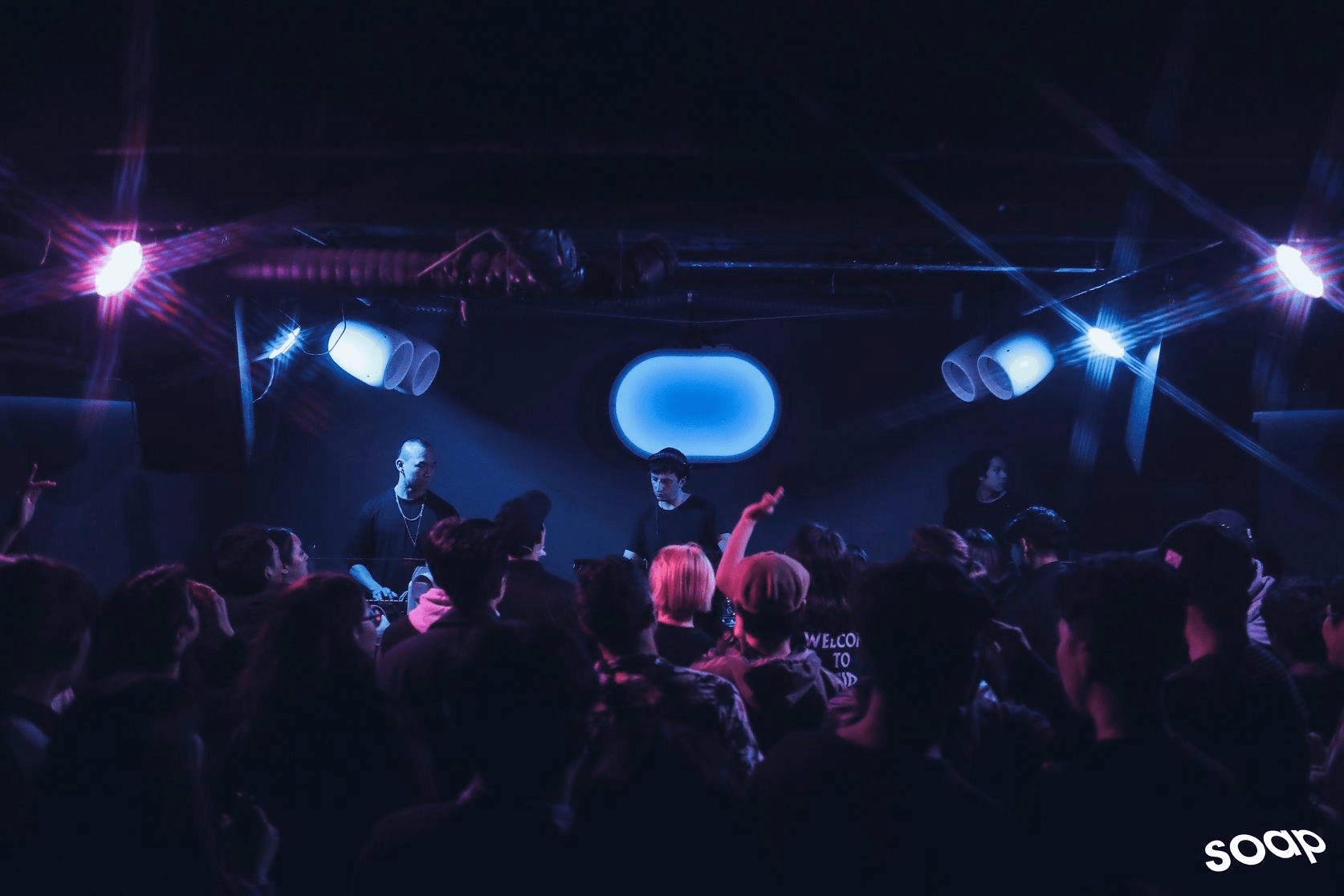 Hardcore clubbers will have come across many different types of clubs, but one with a soap bar as a logo is likely not one of them. Soap Seoul is a quirky club with a soap icon right behind the DJ’s booth, and glowing luminescent blue light filling the space. 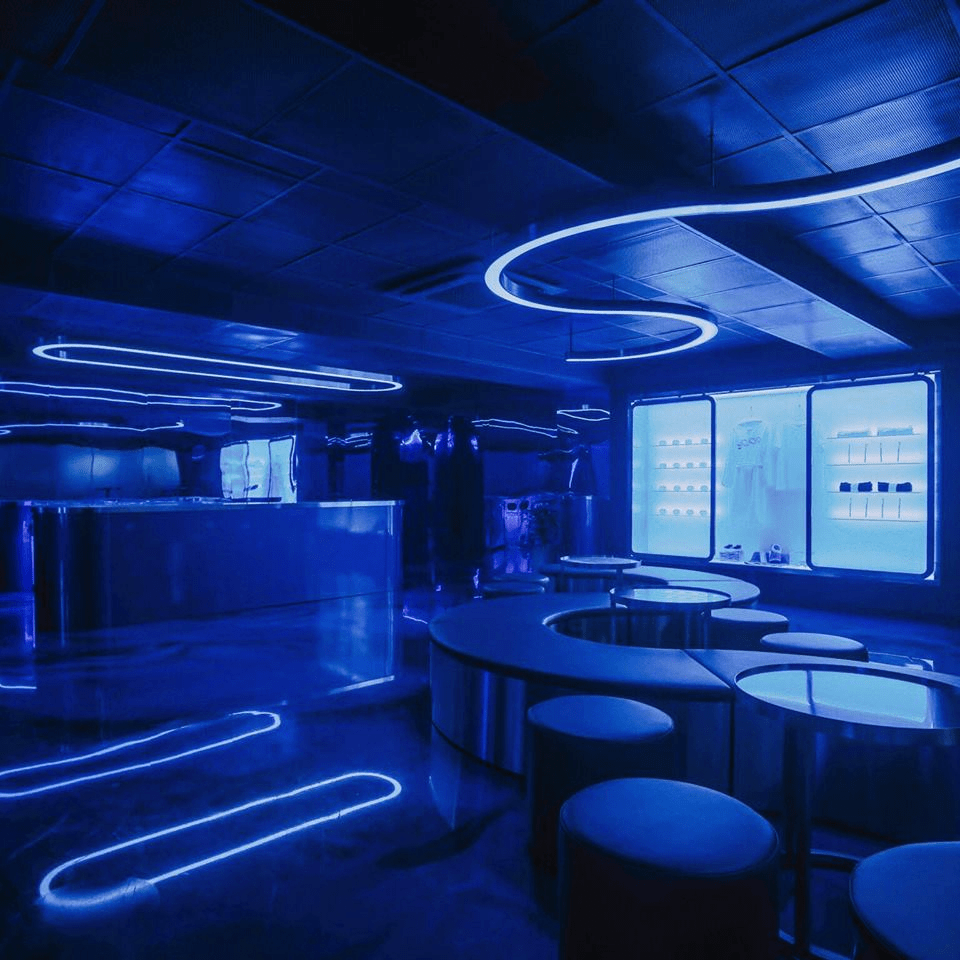 International guest DJs sometimes come down to play in this club as well. Stay tuned to this page to catch the monthly lineup. 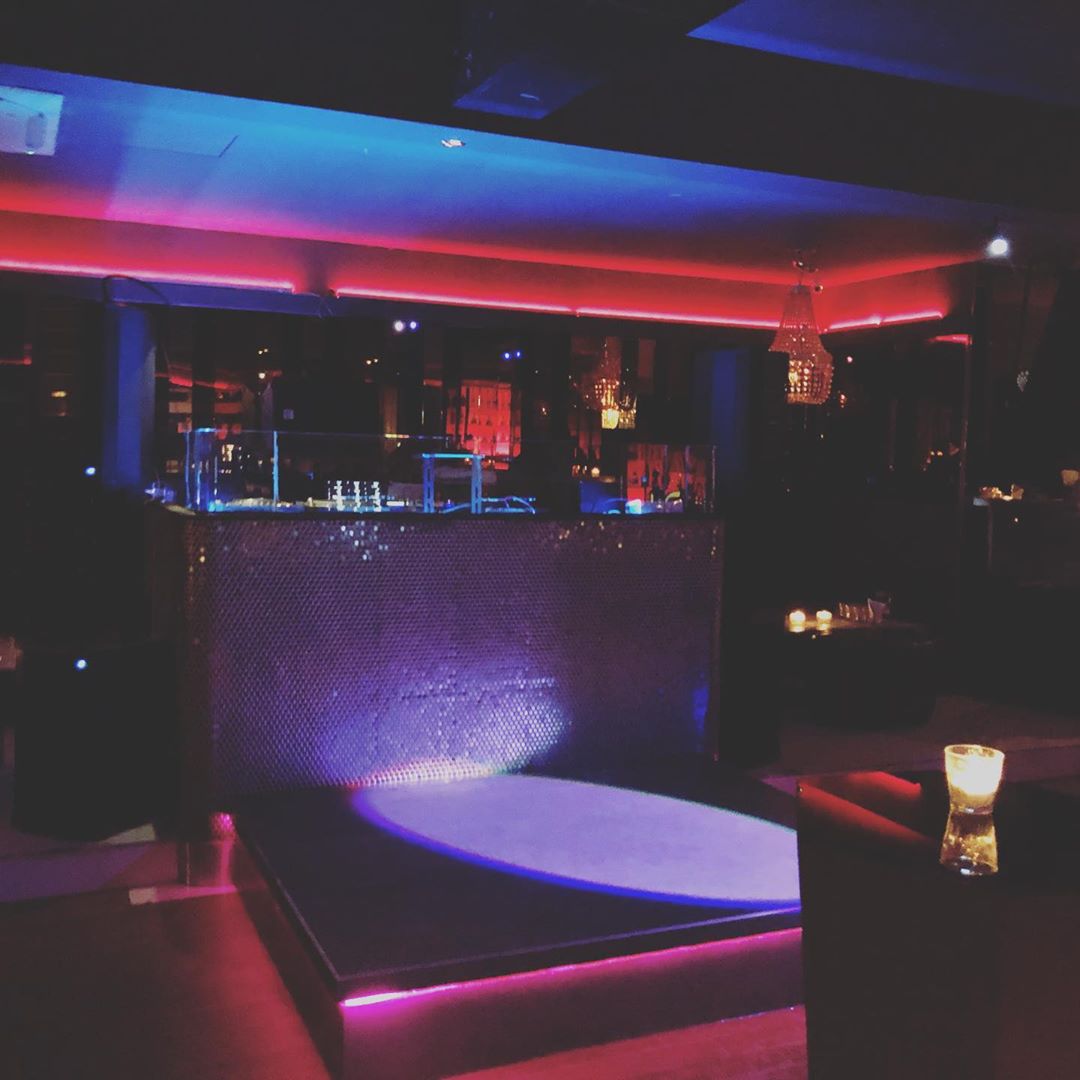 Boombar is an upscale and more intimate club decked in fancy chandeliers and velvet couches. Despite the atas interior, the dress codes don’t seem to be any stricter than the regular Korean club. DJs here typically spin hip hop and R&B music. 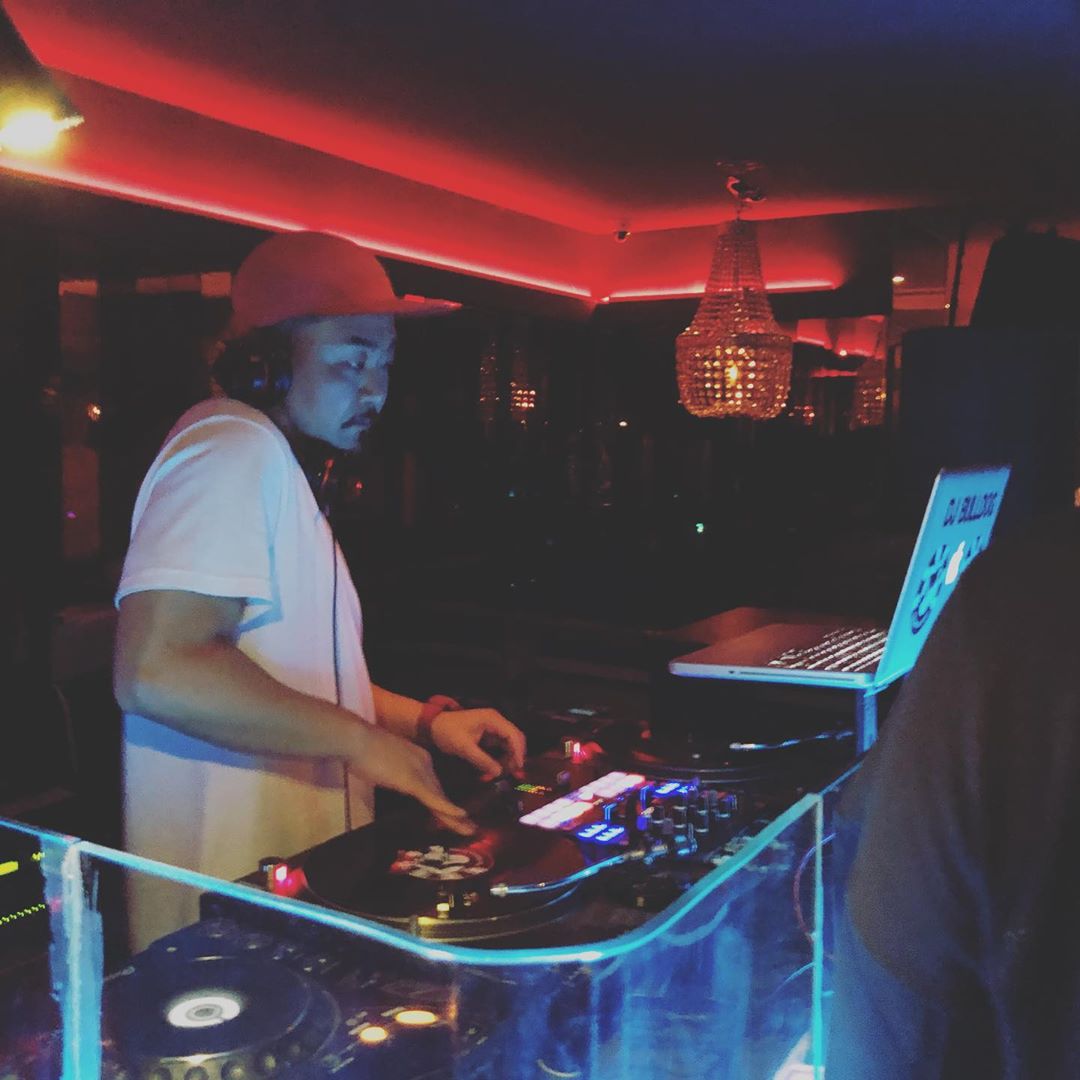 Nightlife in Korea is absolutely exhilarating, and expectedly so, since it’s such a huge part of the local culture. If you’ve somehow managed to party your way through these top 10, there’s a seemingly endless list of other clubs in the city waiting, all also offering cheap drinks and relatively affordable cover charge too.

Ladies take note that guys there can be quite aggressive with their approach, but other than that, the city is pretty safe for partying.

More things to do in Korea:

#korea #korea itinerary #things to do in korea 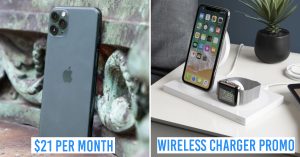 Challenger Has An iPhone 11 Promo Starting From $21/Month With Free Insurance & Apple Deals
How To Do A USA Road Trip From San Fran To L.A. With Free Activities,... 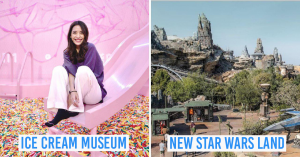