Tourists scams to avoid while overseas 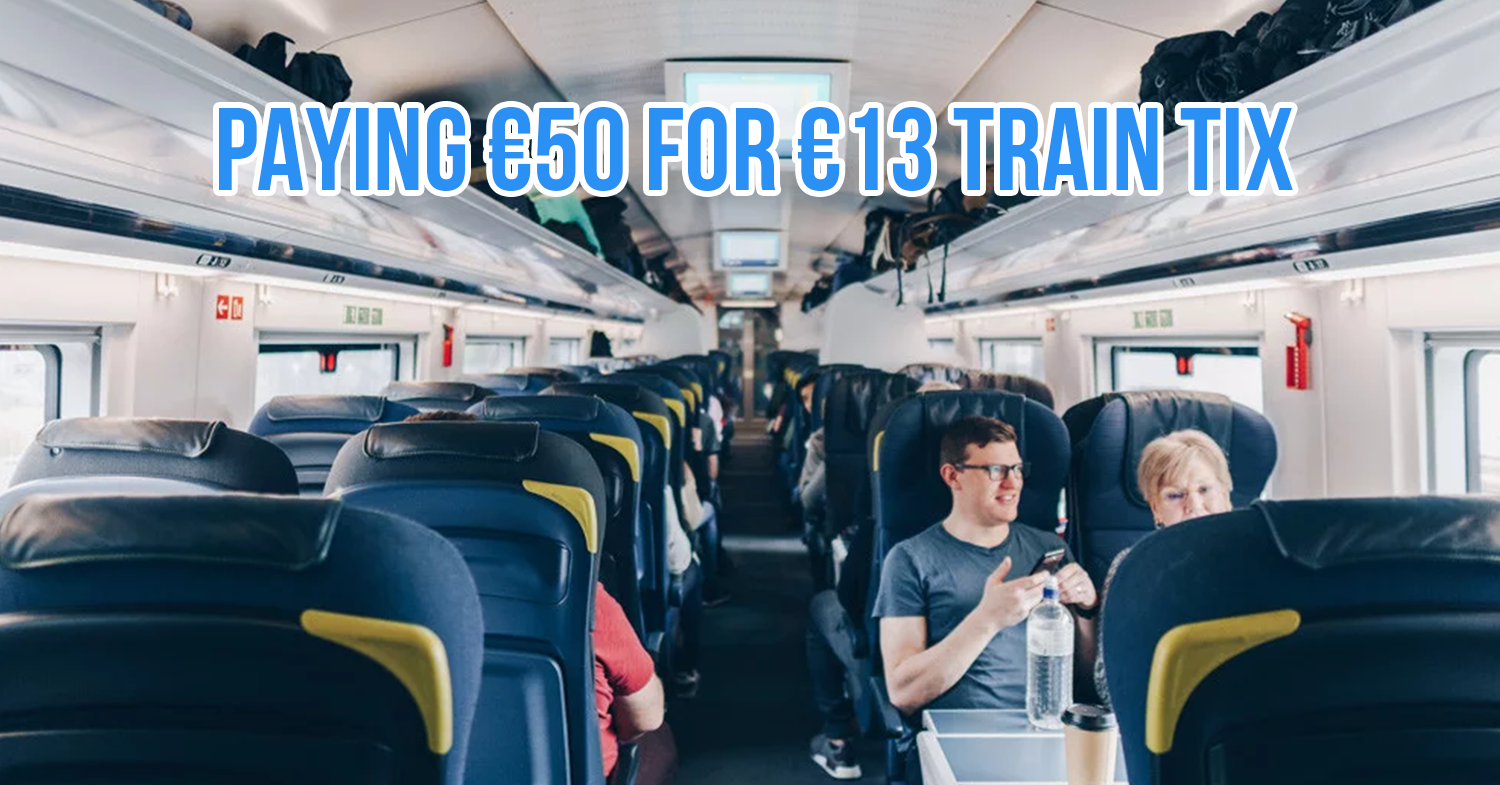 Throw a stone into a crowd of Singaporeans and chances are, you’ll hit someone who’s had an encounter with a travel scam.

While some are lucky to get out of the ordeal with their wallets intact, many don’t. Below are 15 common travel scams that many have fallen prey to while overseas, with tips on how to avoid being the next victim in line:

Travelling by motorbikes is one of the most affordable ways to get around Indonesia, and many tourists rent them as an easy and affordable way to explore. Most also don’t check if you’ve got a drivers licence, making it an attractive option for even those who haven’t passed BTT. 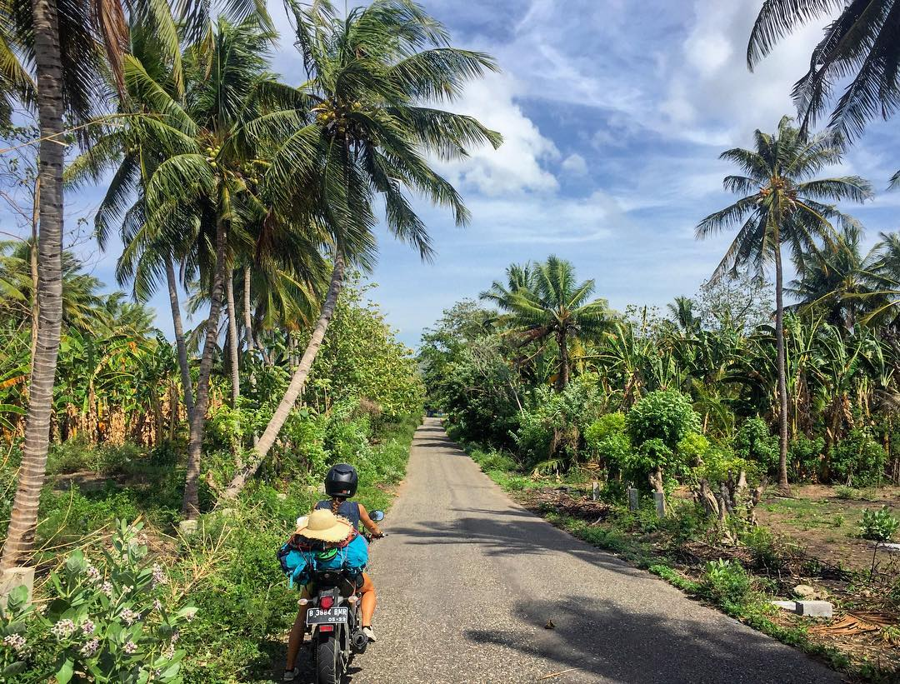 Although most rental companies are fine, watch out for a few black sheep with sneaky tricks up their sleeves. There have been cases of bike shops leasing out damaged bikes. Even if you’re lucky enough to avoid an accident, you might find yourself faced with a hefty repair fee upon your return.

How to avoid: Do your research beforehand to see if the rental company is reliable. Always do a test drive and take photos of any existing visible damages before heading off.

2. “This place is closed” scams in Thailand

Thailand is “‘known as the land of smiles” because of its friendly locals. However, unlucky tourists might come across scammers who pull the “this place is closed” scam. This usually happens in touristy areas such as the airport and popular attractions. 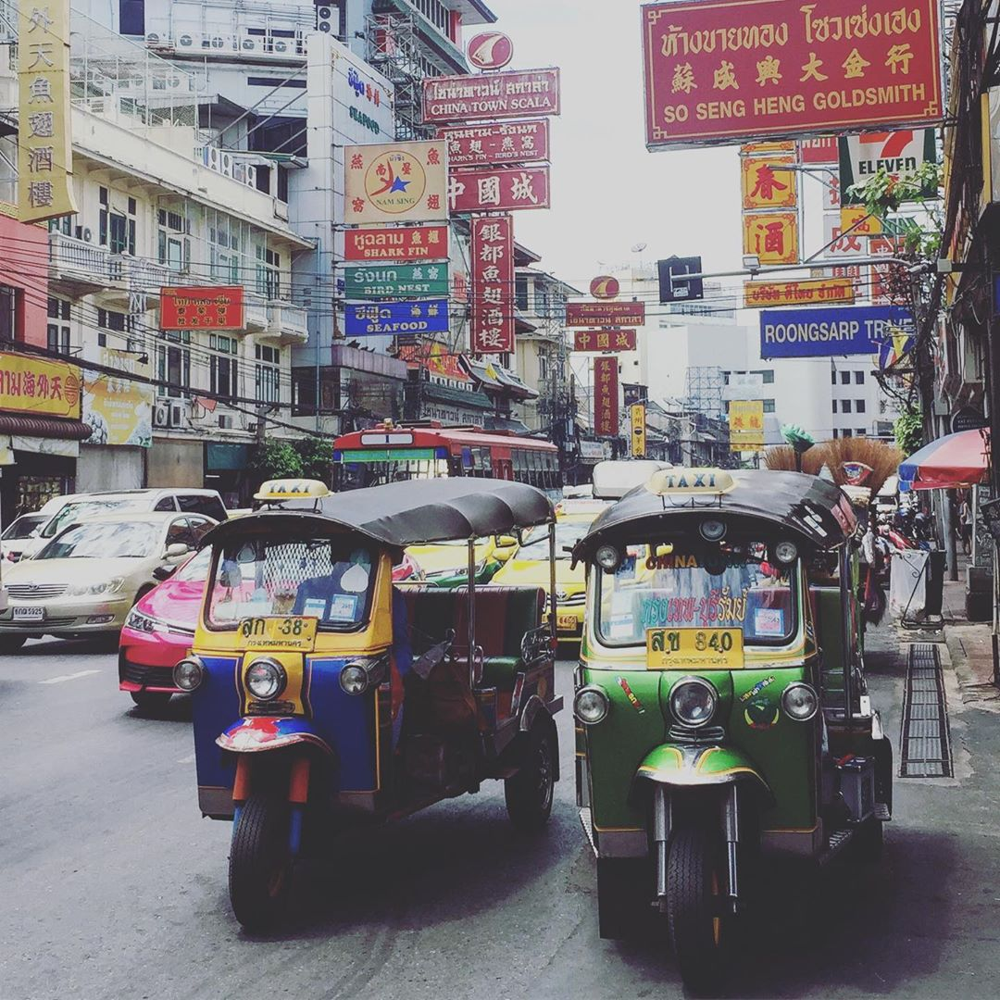 How to avoid: Before you head to your destination, check online or ask the staff at your current accommodation to see if your destination is still open. Try to drop a call to the alleged closed hotel if possible. Also, take note of the Thai national holidays when attractions might truly be closed.

If you’re a budget traveller headed to Surabaya, take note that some of the hostels and hotels tend to say that their regular rooms – such as twin rooms – are fully booked and try to bump you up to the premium rooms instead for walk-in bookings. 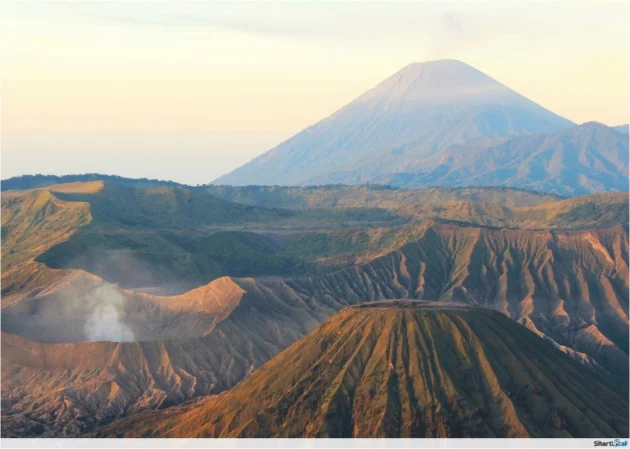 How to avoid: Try saying that you booked your room through the phone weeks ago (even if you haven’t) and you might get a cheaper room.

In Bali, one common way to efficiently cover the attractions around the island is to book a day tour with a local driver. If you’re doing so, make sure to come up with a plan beforehand, instead of letting the diver pick the destinations, thinking you can get the “local experience”. 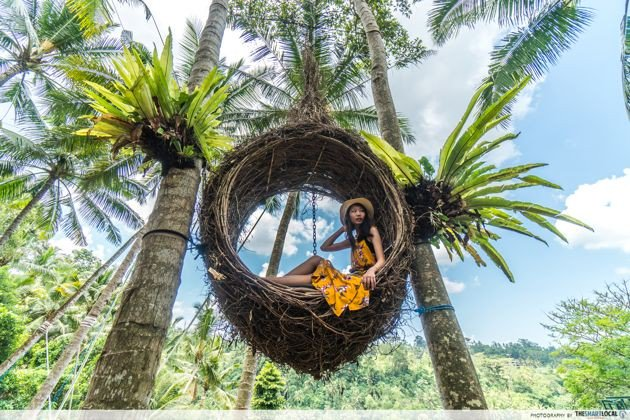 While I was backpacking there a few months ago, I was brought to expensive tourist traps – twice! One was to a hot spring with a pricey entrance fee of SGD$30 , while there were other hot springs in the area with better reviews online and entry fees a third of the one we went. The other was a fancy restaurant with really mediocre food;  Both of which the drivers seemed to have commissions to.

How to avoid: To give the local drivers the benefit of the doubt, they might genuinely think that tourists enjoy fancier spots, but if you’re on a tight budget it’s best to let your drivers know exactly what you want in your itinerary to avoid any confusion.

Drinking tea in a Chinese tea house is supposed to be a quaint and peaceful affair; unless you’re the target of a tea house scam. 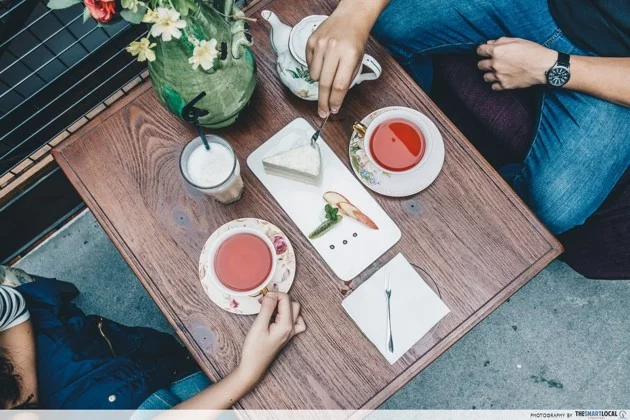 Be on the lookout for over-friendly locals who invite you to sit down and have a pot of tea with them – a friendship that blossoms too fast, too soon. There are swindlers that team up with tea houses to draw tourists in for a tea session and then disappear, never to be found again, leaving you with an exorbitant pot of tea and a receipt with multiple digits in your hands.

How to avoid: Stay alert if a suspiciously-friendly person approaches you, and never walk into a tea house or restaurant that doesn’t have prices on the menu.

Gem smuggling might seem like criminal heist straight out of a movie scene, but if you are headed to India, make sure to pay attention to this – lest you become an unknowing accomplice to a fake gem smuggle, and real fool to a prevalent gem scam! 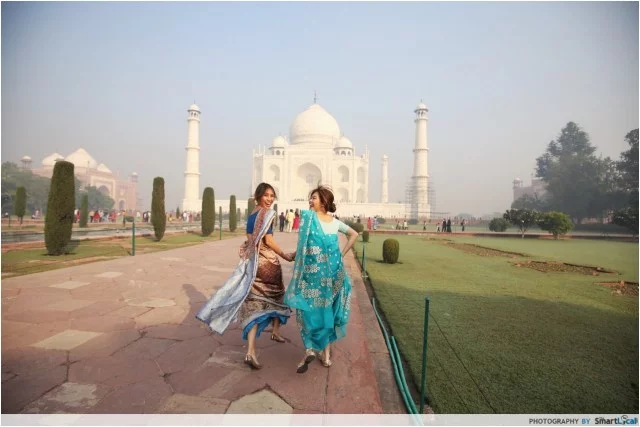 The diddle is an intricate one targeting solo travellers, and usually flows like this: You’re approached by affluent-looking businessmen. They seem genuine, chatty and are fluent in English. Over the next few days, they invite you to hang out with their relatives and friends, all of whom are welcoming and friendly.

During meal-time conversations, they casually bring up their “work” surrounding gem exporting and offer to pay you thousands of euros to help them export their goods using your duty-free allowance, to avoid heavy government taxation. 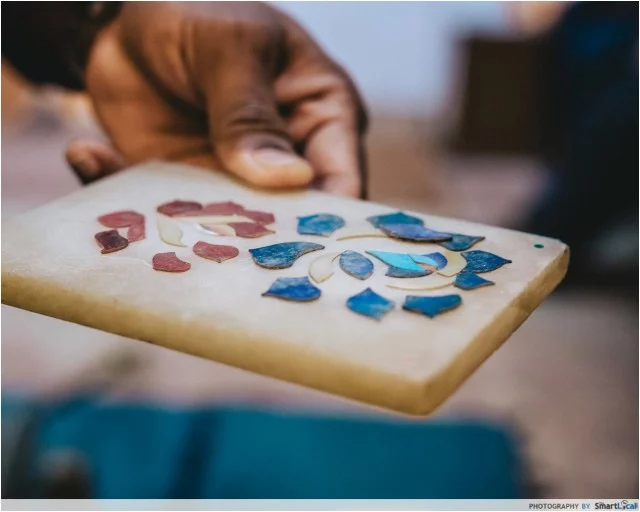 You’re brought to a post office – as fake as the gems are –  and once the deed is done, you get a call from the “Customs Department” (also fake) accusing you of avoiding taxation or stealing jewellery and you’ll be slapped with a (again, fake) fine in thousands of dollars.

It might seem like a scam no one could possibly fall for, but far too many tourists have gotten trapped in this sneaky attack.

How to avoid: Tell-tale signs of the gem scam include loopholes in the con men’s stories such as old looking cars that don’t match their affluent appearances and ugly gems that no one in the right mind would pay thousands for. If it’s too good to be true, it probably isn’t!

This one is a trick that has swindled even the savviest of travellers. Prevalent in Delhi, but also present in other cities around India, fake government tourist centres are a neat trick that many tourists have unknowingly walked straight into. 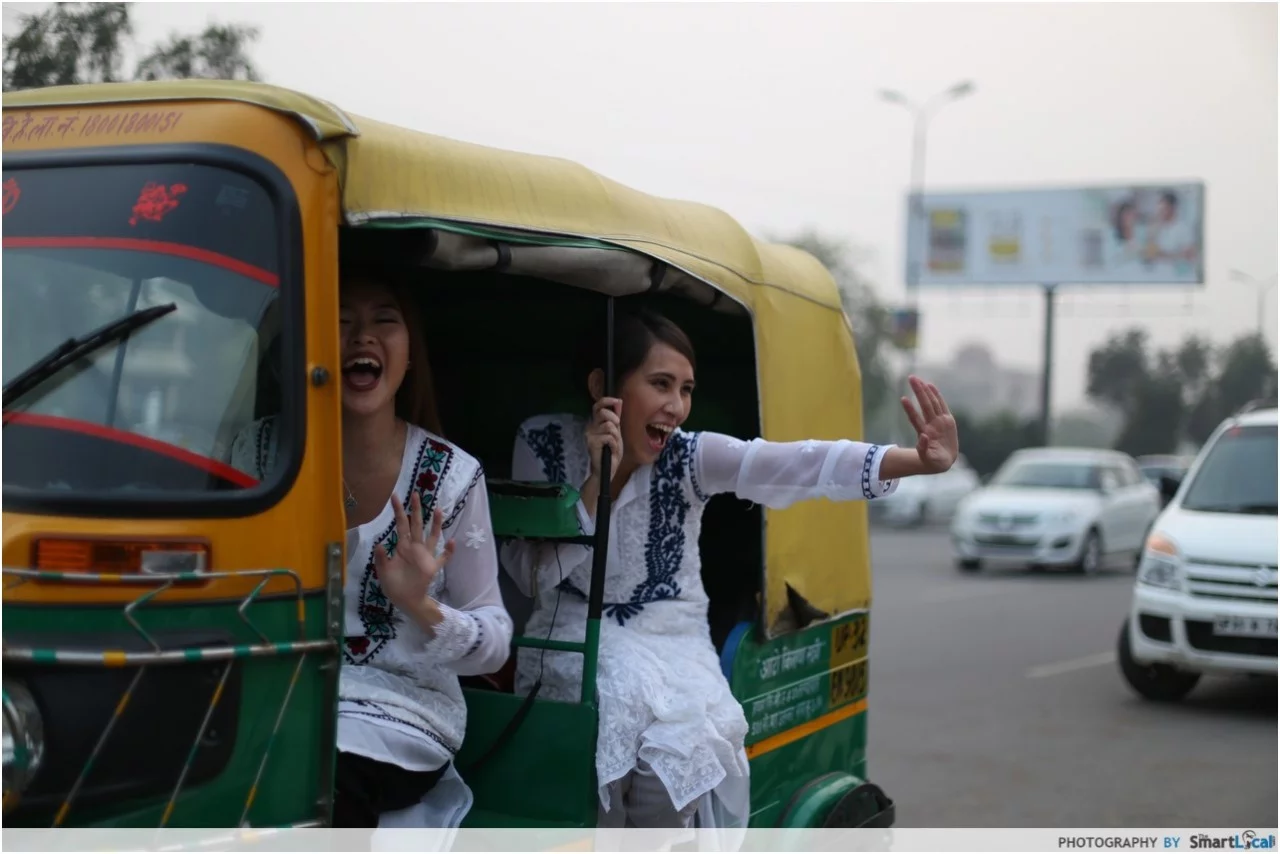 With the appearance of a prim and proper office, these fake tourist centres are staffed with English-speaking employees from the government or India Tourism Board, or so they claim. They offer help in booking accommodation, transportation and attraction tickets, but charge a heavy processing fee.

How to avoid: Only refer to official websites and go to the only official tourist information centre aside from those in the airport – India Tourism Delhi.

Along the streets in Paris, a common con man’s trick lies in a simple bracelet. 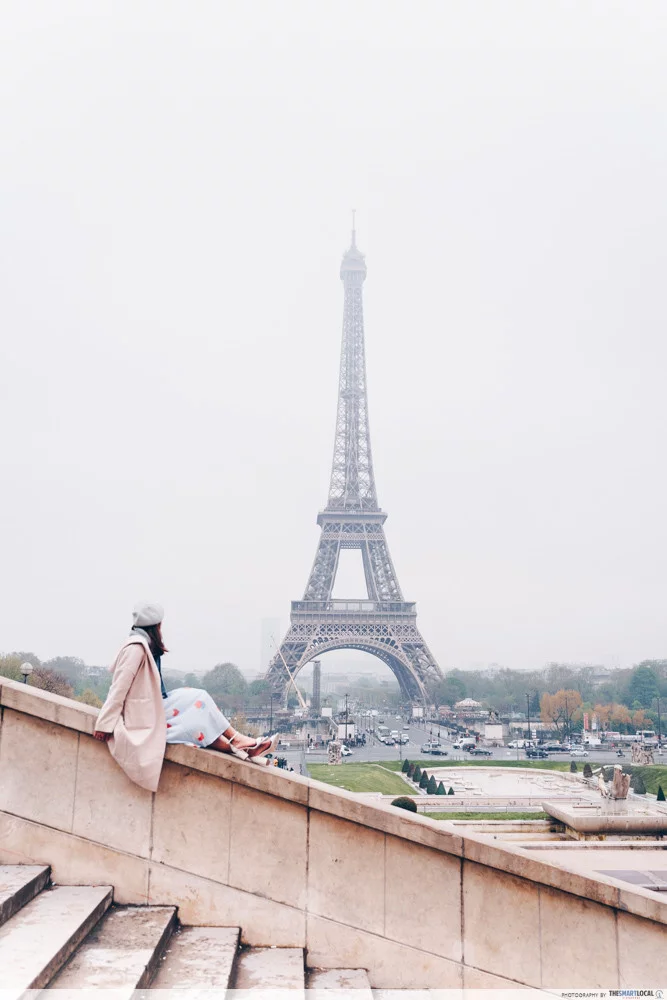 Reportedly a trick done mostly by gypsies, the scam is done as such: A bracelet is tried around your wrist when you aren’t paying attention. It’s often tied in a dead knot, making it almost impossible to remove and before you realise it, you’ll have to fork out 10 euros (~S$15) for this unwanted accessory.

How to avoid: Steer clear away from salesmen along the street holding colourful bracelets. If you see them approaching, put your hands in your pockets, and do not shake their hands.

Fake ticketing officers are pervasive in Paris and Barcelona. They are often spotted wearing lanyards with fake IDs and lurking around the ticketing machines. 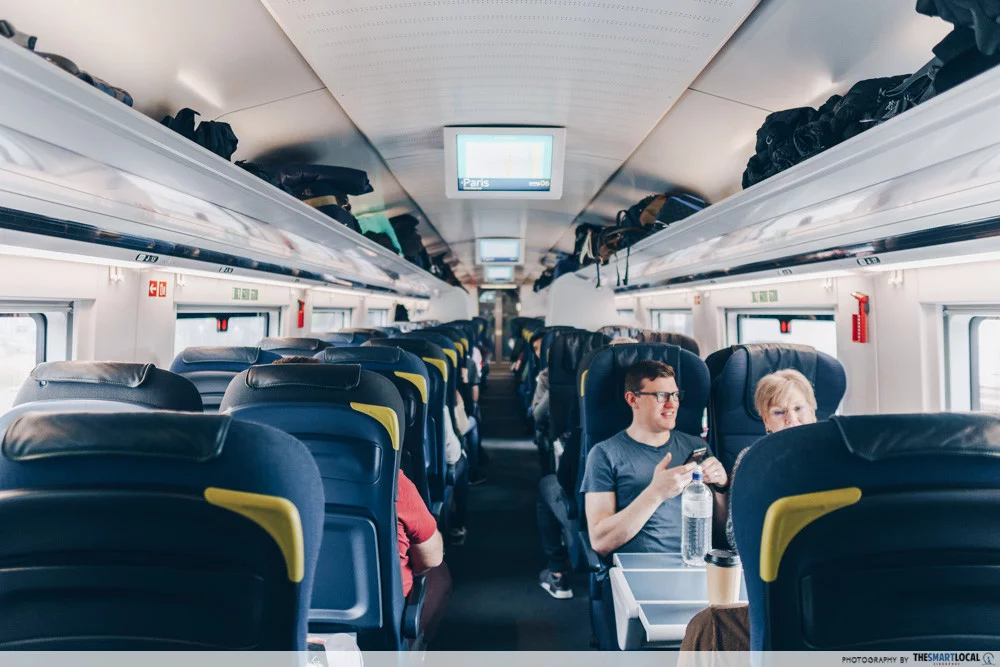 There are 2 common ways they carry out their scams:

How to avoid: Always ask for help from the staff at the counter. 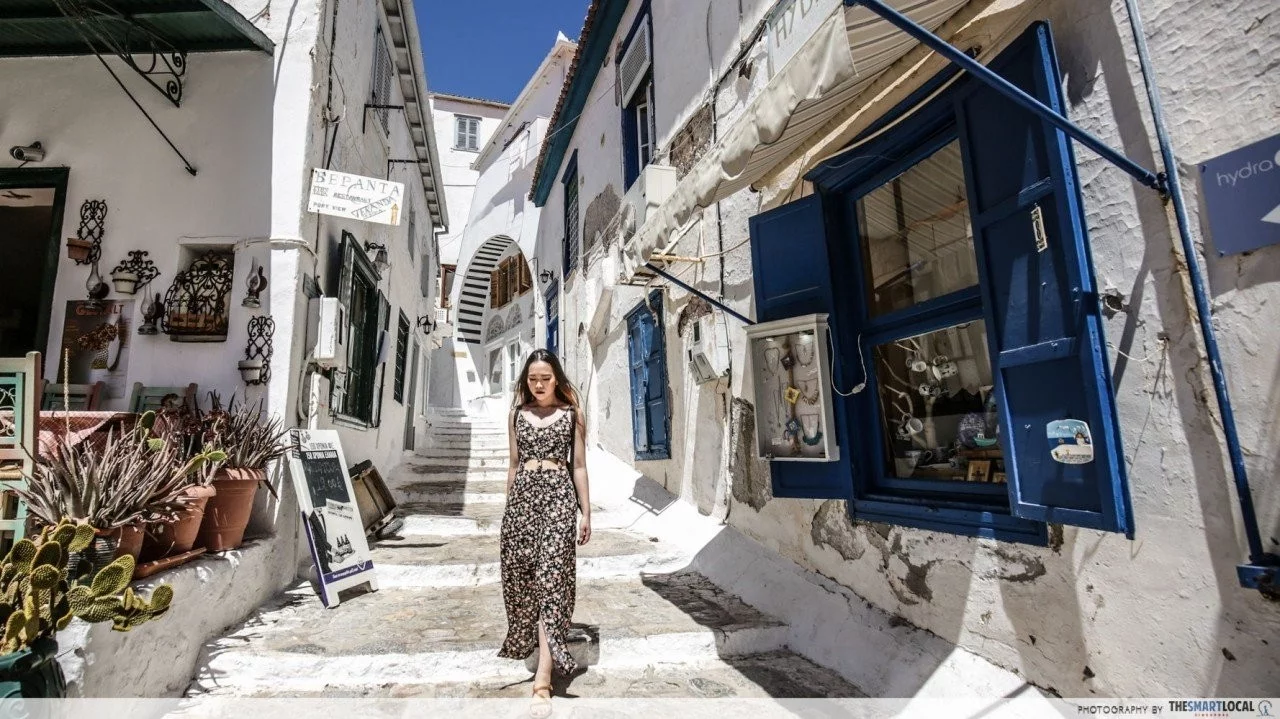 If a passerby bumps into you, spilling a drink onto your clothes, chances are it’s not an accident – and the person you bumped into? Not an actual passerby, but a pickpocket reaching for your wallet in the commotion. This is a popular trick, done all around Europe and parts of South America.

How to avoid: When the spiller offers to wipe off the mess for you, decline the offer and head to a private area like a restroom cubicle to clean up.

11. Poser police on patrol in Austria 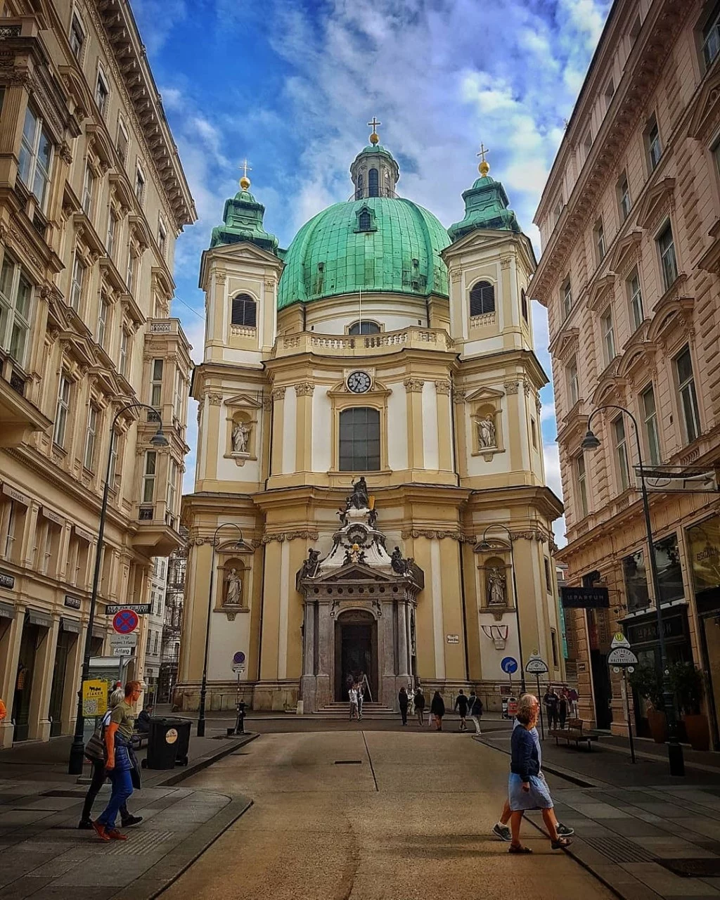 While exploring Austria, be wary of bogus policemen, declaring to be the “Polizei”. Common police scams include false accusations of minor crimes such as speeding, where you’ll be asked to show your passport and pay up.

How to avoid: Do not hand over your real passport. Always have a photocopied version on hand and threaten to call the police hotline by dialling 133.

There are a variety of scams that take place in John F. Kennedy International Airport (JFK), but a lesser-known one involves fake airport staff that look really official with formal wear, lanyards and all that jazz. They tend to offer tourists a hand in getting around the airport, seemingly out of goodwill but charge an atrocious fee for the service after. 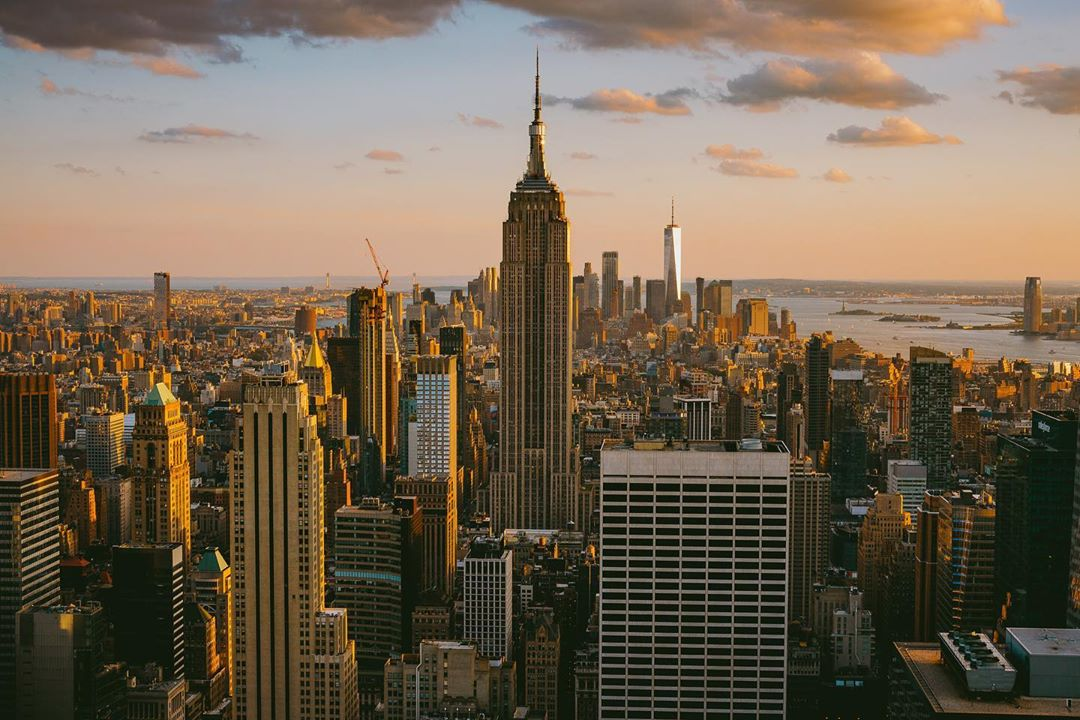 My friend was scammed of USD$40 for simply getting directions to the SIM card store!

Other common scams at JFK include “broken” taxi meters and fake Uber rides with exorbitant prices.

How to avoid: Only get help from the information counter.

Times Square is a must-visit if you’re in NYC, however, first-timers might be in for a ride when faced with scammers along its busy streets. 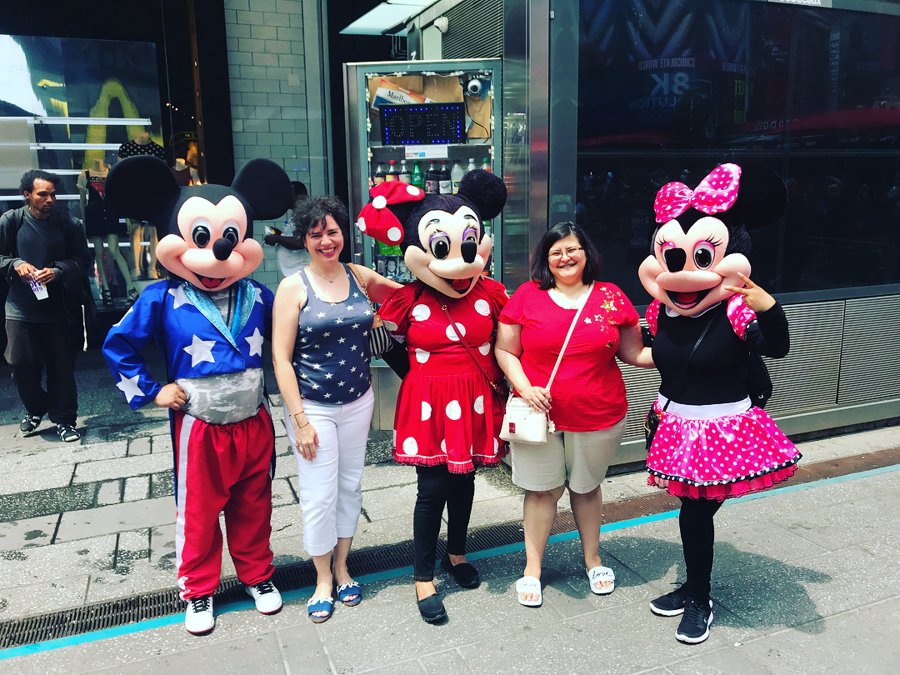 While exploring the core of the Big Apple, look out for character mascots like Captain America, Spiderman, the Statue of Liberty and more. Some will invite you over for a photo-taking session, but what many won’t mention beforehand is that they charge a tip of USD$5-$10 for their service. Avoid taking photos of them as well as they’ll likely demand payment for that too.

How to avoid: Do not take photos with the costumed characters unless you’re willing to tip them. 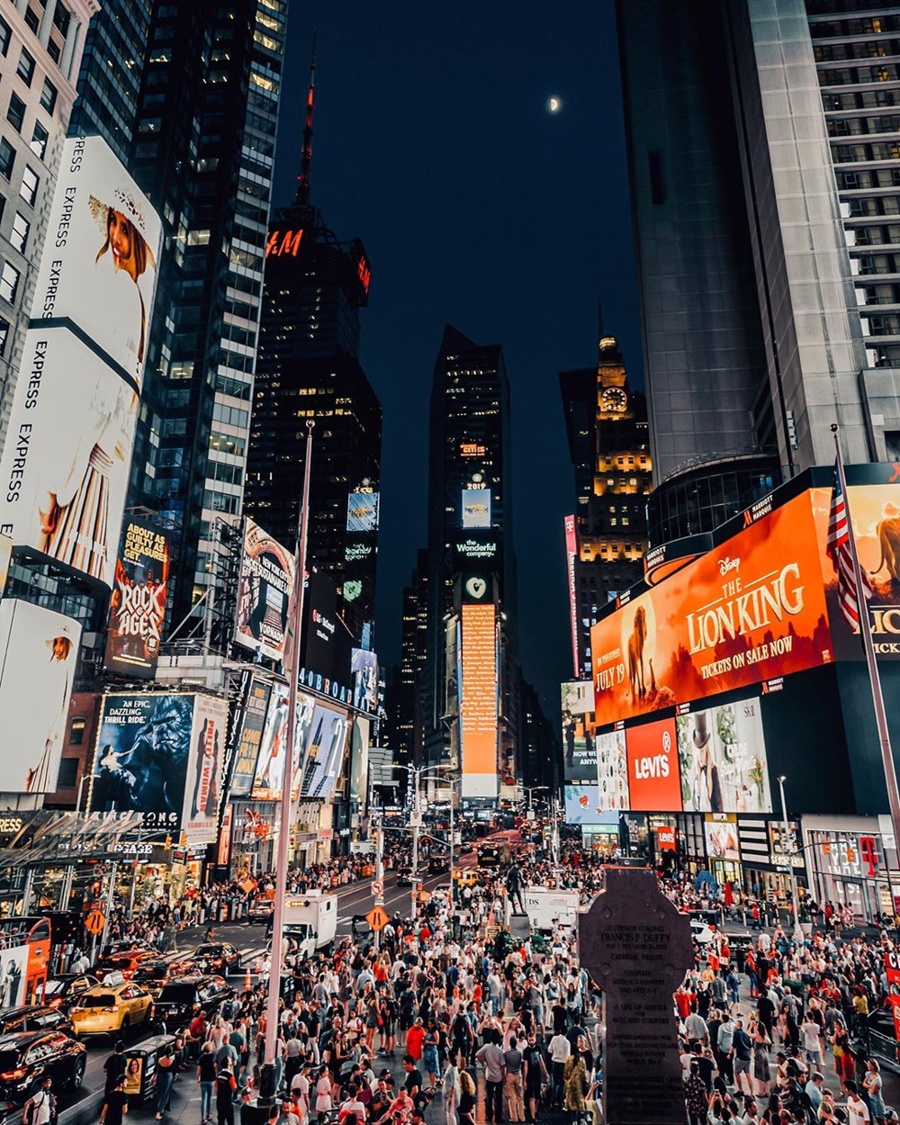 Throughout New York, one common trick that many tourists fall for is the mixtape scam where an “artiste” hands you a CD saying that he’s trying to promote his music, claiming it’s complimentary and gives you a customised autograph on it.

Once it’s signed, the deal turns sour and he’ll demand for you to make a donation. Often times, these CDs are also blanks.

How to avoid: Do not take or even touch the CD no matter what. If you’ve somehow taken it, put it on the floor and walk away. Head into a store with security if you’re being chased.

WiFi is always a blessing…Or is it? 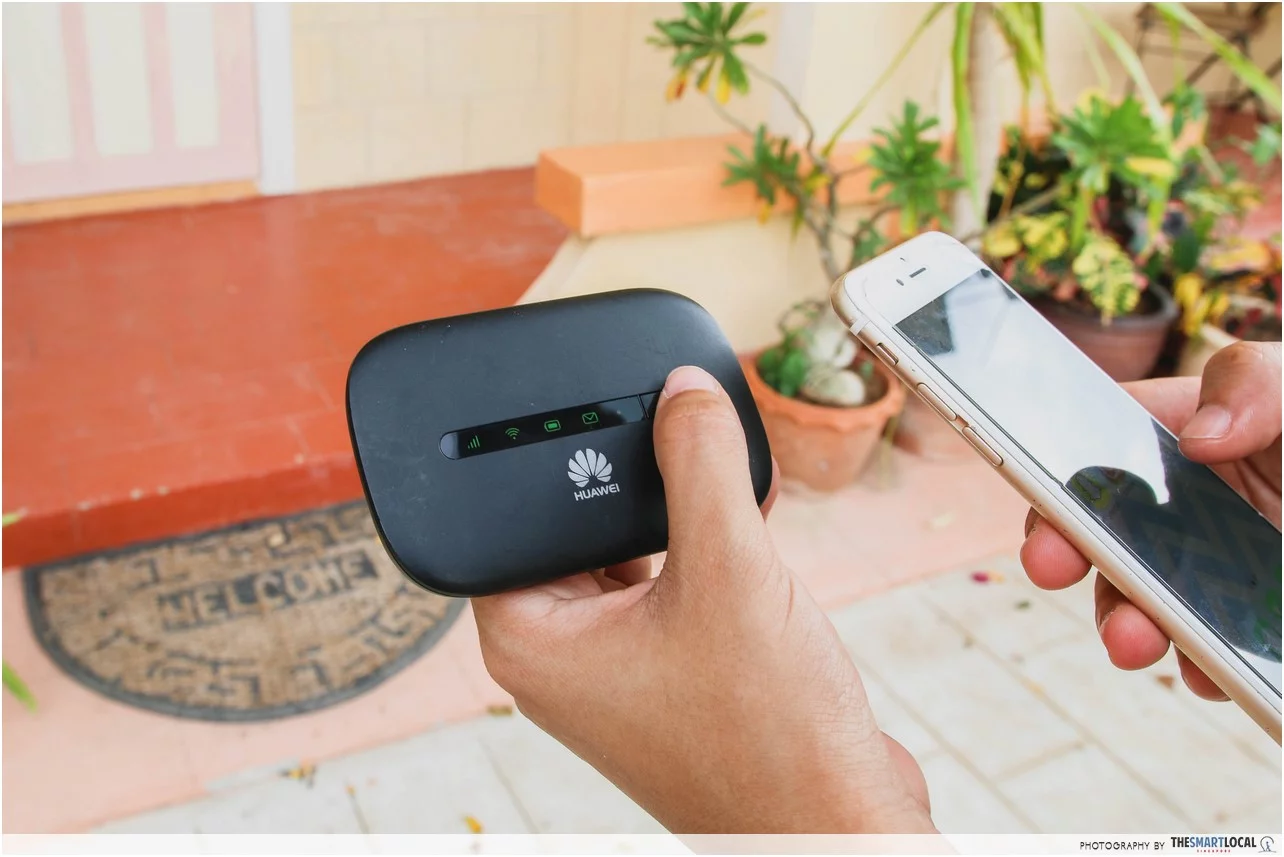 It’s tempting to connect to any available unlimited source of internet, however, keep a lookout for sketchy-looking WiFi providers that are miraculously:

There are hackers out there that lure you in with the prospect of free internet, and access your personal information when you’re connected.

How to avoid: Only connect to WiFi from trusted sources, e.g. the internet service provider, cafe WiFi with an official sign, password-protected WiFi – or just rent your own portable WiFi router.

There certainly are lots of scams out there to be aware of and it certainly pays to be equipped with the knowledge about them.

However, travel generally makes for an amazing experience. Not everyone is out to get you and you don’t need to be suspicious of every single person that comes along. Keep the possibility of scams in mind, but don’t let scammers stop you from chatting with genuinely nice locals whom you could even form lasting friendships with!

For more articles on scams, check out: 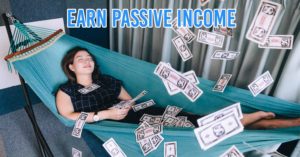 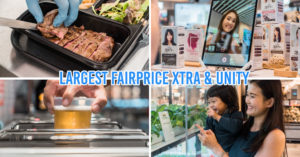