Most of us have shaken our heads in disbelief when we read in the news about common scams that take place regularly in Singapore, thinking that no one would ever fall for such a ploy. But as we get better at discerning these tricks, scammers also evolve to find more cunning ways to get us to open our wallets.

Before we unwittingly fall for any more cons and tricks, we should familiarise ourselves with some common scams in Singapore and how to spot them.

Scammers often target seniors, so be sure to share this information with elderly parents and grandparents as a precaution.

Check out our other guides to protect yourself against common scams in Singapore: 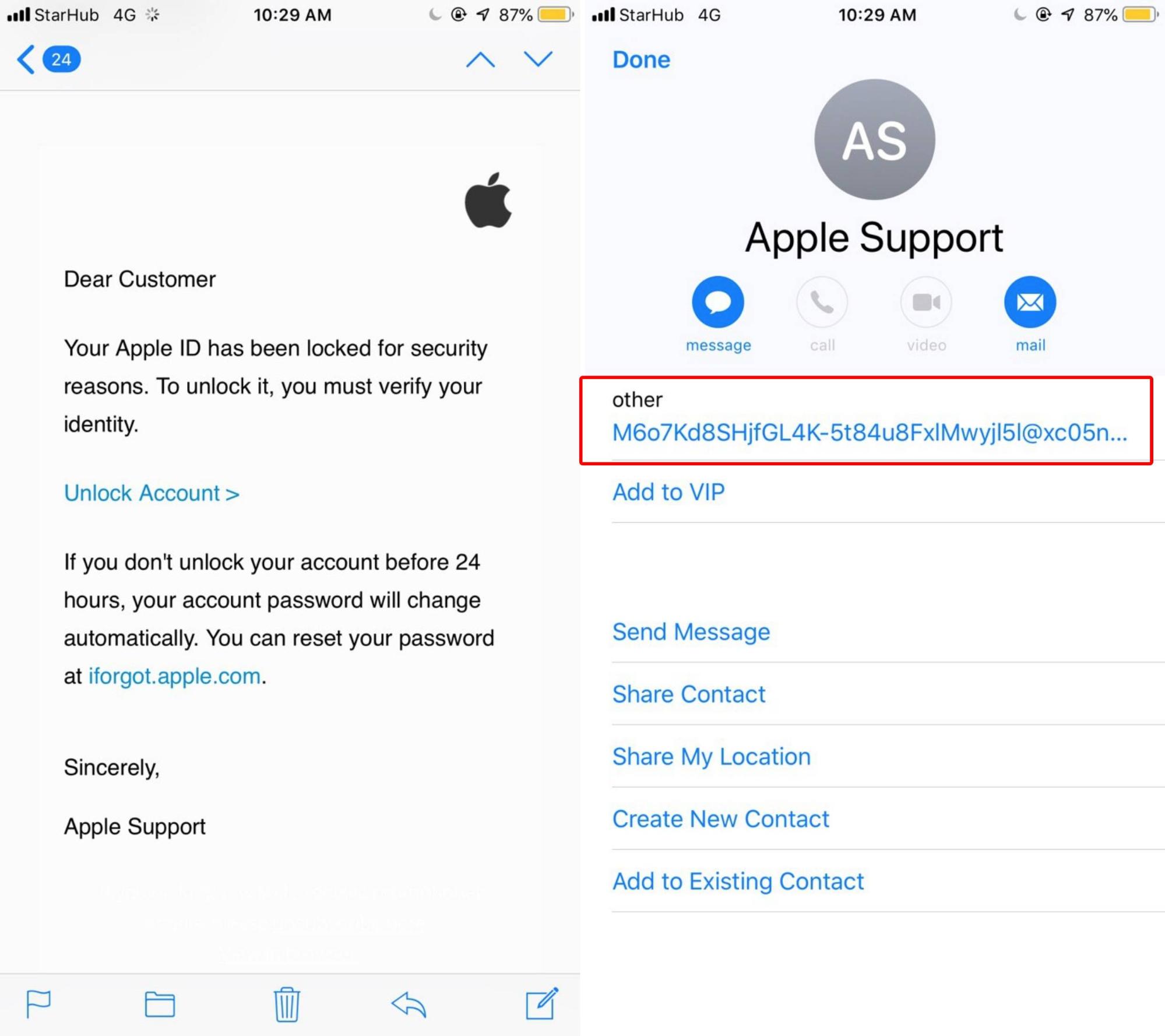 A hacked iCloud account is a pretty common thing nowadays with the most prominent incident being in 2014 when a group of female A-list celebrities like JLaw had their personal photos leaked online after successful phishing attacks. This incident may have happened in 2014 but don’t be fooled, the attacks are still rampant and are now targeted at the general public.

The phishing attacks took the form of emails impersonating Apple, claiming their account has been locked or compromised, and that they had to log in or reset their account by clicking on a link. But instead of securing their account, they were actually handing over their login and passwords. 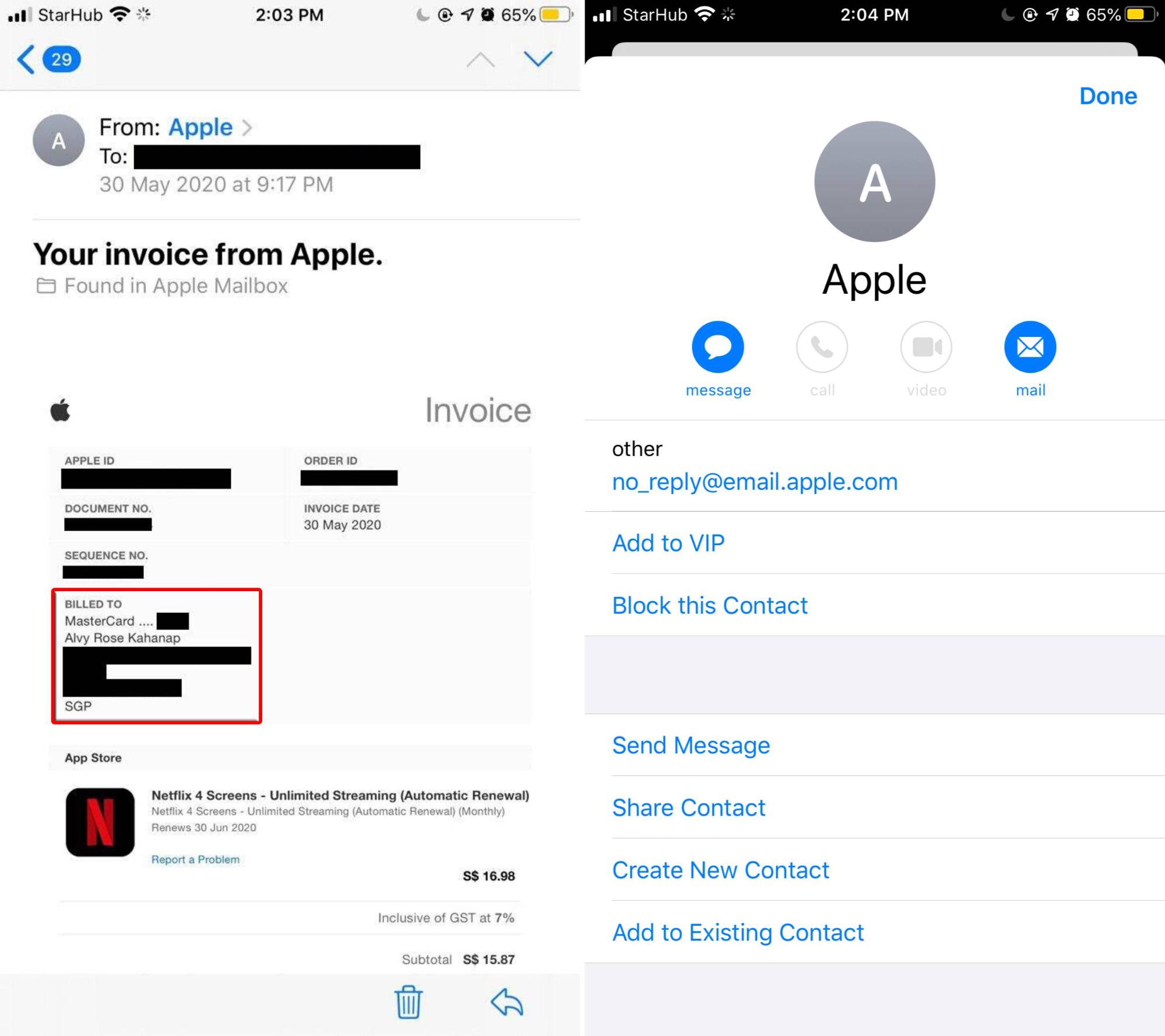 Legitimate emails like this invoice from Apple should already have your information like your billing address and full name. Apple will also not require you to click on any link or give any information.
Image credit: Alvy Rose

Usually, official emails from Apple will be invoices which include information that hackers won’t have like your billing address. For Apple-looking emails that are not invoices, simply double-check sender’s address. If you want a foolproof way to tell if your account is compromised, drop Apple an enquiry here under “Apple ID”.

But in some instances where the email address still looks legit and grammar checks out, you should still avoid clicking any links to update your account or giving any information. Instead, update your password and personal information directly in Settings on your phone.

2. Calls or texts from the bank 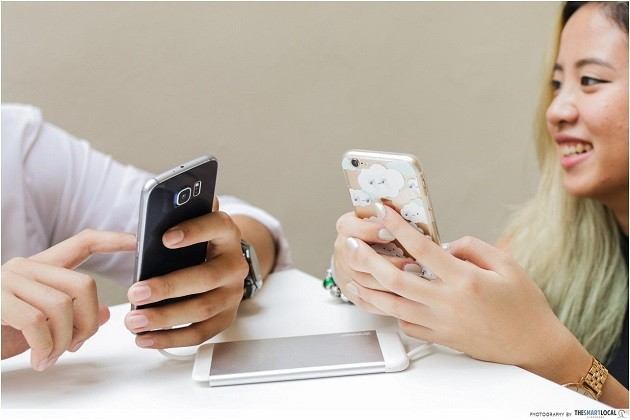 Scam callers “from the bank” or “MAS” will usually claim that your account has been locked, you have some debts they can settle for you, or that they can offer you a loan. They’ll then ask for information like your account number, OTPs, or passwords which legitimate banks and MAS will never ask for. Give them any of this info and they might as well have a red carpet to your bank.

It’s important to know actual reasons banks will call you and how they verify that you’re the account or cardholder. Banks will only typically call you for suspicious activity on your account like unusual purchases in another country or if you have any unpaid bills. To verify it’s you, they’ll ask you things they already know like your birthday or how many cards you own.

Calls from the bank requiring you to make a transaction or reveal information like your banking credentials or your OTPs are big red flags. Double-check the number and make sure there isn’t a “+” in the number as these are overseas calls. If you’re still on the fence whether it’s a scam or not, err on the side of caution and refuse to give any personal information. 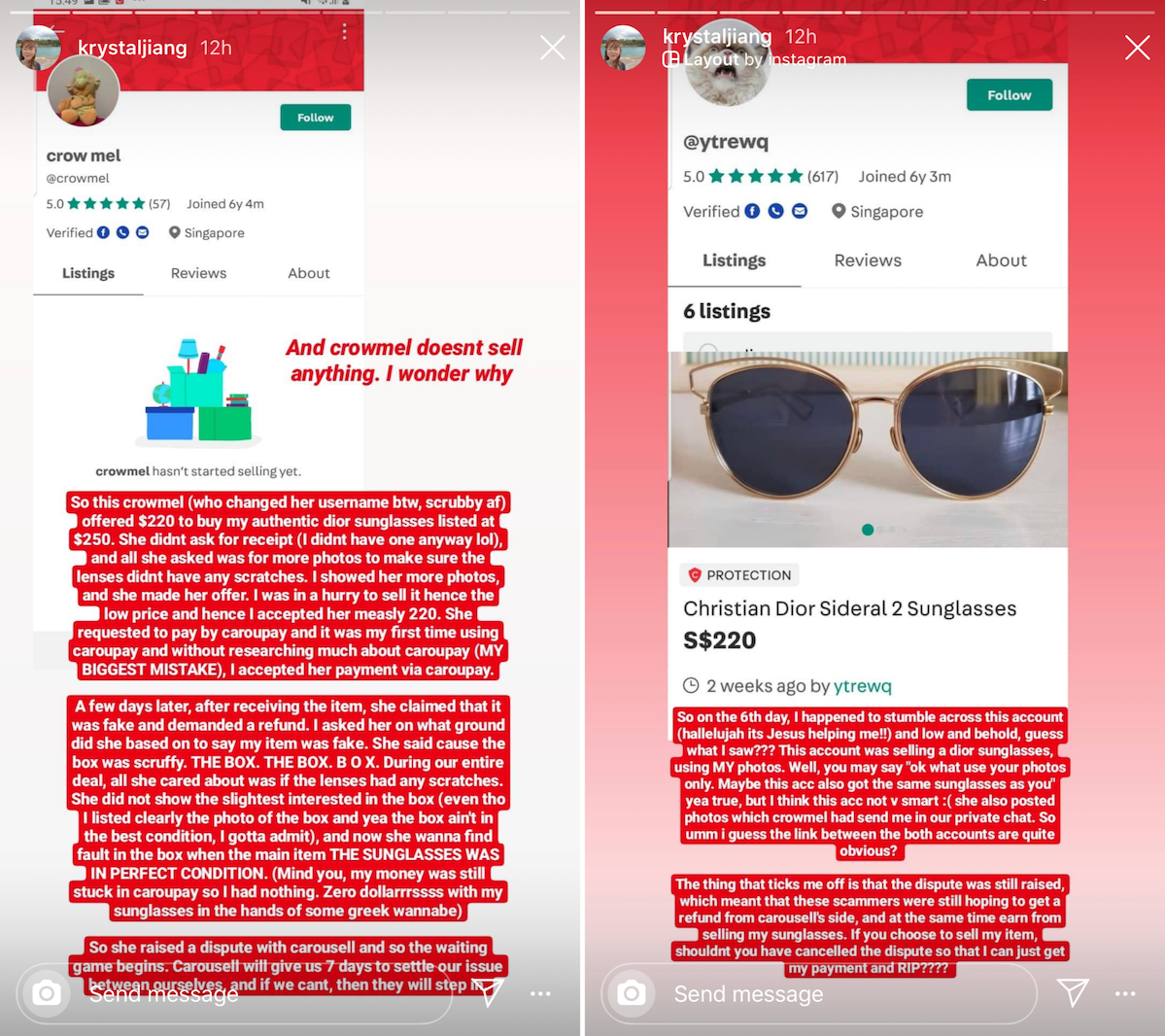 This Carousell seller was scammed of her sunglasses, before she found the item being resold for a profit.
Image credit: Krystal

Carousell is a go-to place for many to find cheap deals on everything from branded bags to Nintendo Switches. The flip side is that there are also many ill-intentioned people posing as sincere buyers and sellers.

Earlier on, most scams usually involved sellers who took payment for items that were fake, spoilt, or goods they never intended to ship. To combat this, Carousell introduced a new payment method – Caroupay. This safeguard withholds payments from sellers until buyers confirm that their purchases have been received in good condition.

This sounds like a foolproof way to get rid of scammers but, alas, people get smarter and find ways to game the system. Now, there are deceitful buyers who request for refunds claiming the items were not as described. Often, they re-list the high-value item on a different account, essentially making money out of thin air.

It’s clear that the nature of scams is constantly evolving. A good rule of thumb: be extra vigilant with high-value transactions and analyse the reviews of sellers and buyers. Bare accounts with no reviews or listings are very shady so steer clear of those.

Additionally, always opt for meet-ups whenever possible. Worst case scenario is being stood up but at least you save money that way. 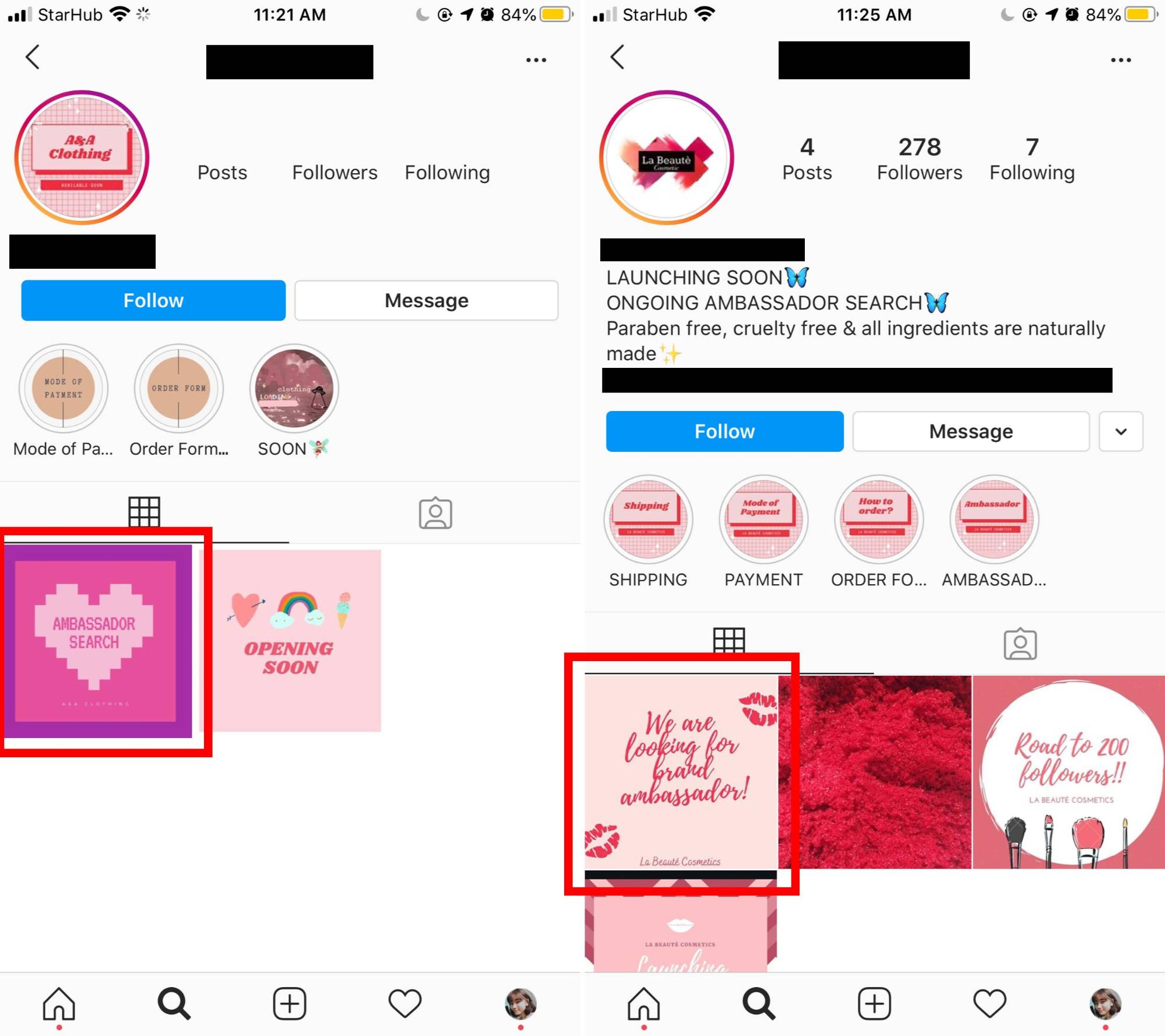 The glitz and glamour of an influencer’s life can be alluring, and many scammers know that. If you’ve been tapping through your stories, some of your targeted ads might be some low-key brands looking for ambassadors. They make it look so simple too – just swipe up for the website and fill in some simple information and surprise, you’re just who they’re looking for.

According to them, you’ll get a super exclusive promo code for a discount in exchange for a review or feature on your social media. Or even better, they give you the items for free as long as you pay for shipping which could even cost more than the item itself. Then it becomes a waiting game with no guarantee of receiving what you were promised.

Before you jump headfirst into a probable scam, do quick google searches on the company and reviews of their brand. More often than not, other people who have already lost money to this scam would have posted about it online. If their social media pages also look recently made and they’re offering deals that seem too good to be true, they’re likely out to take advantage of you.

All in all, avoid giving any personal information and if you’ve already done so, immediately block them if they contact you. 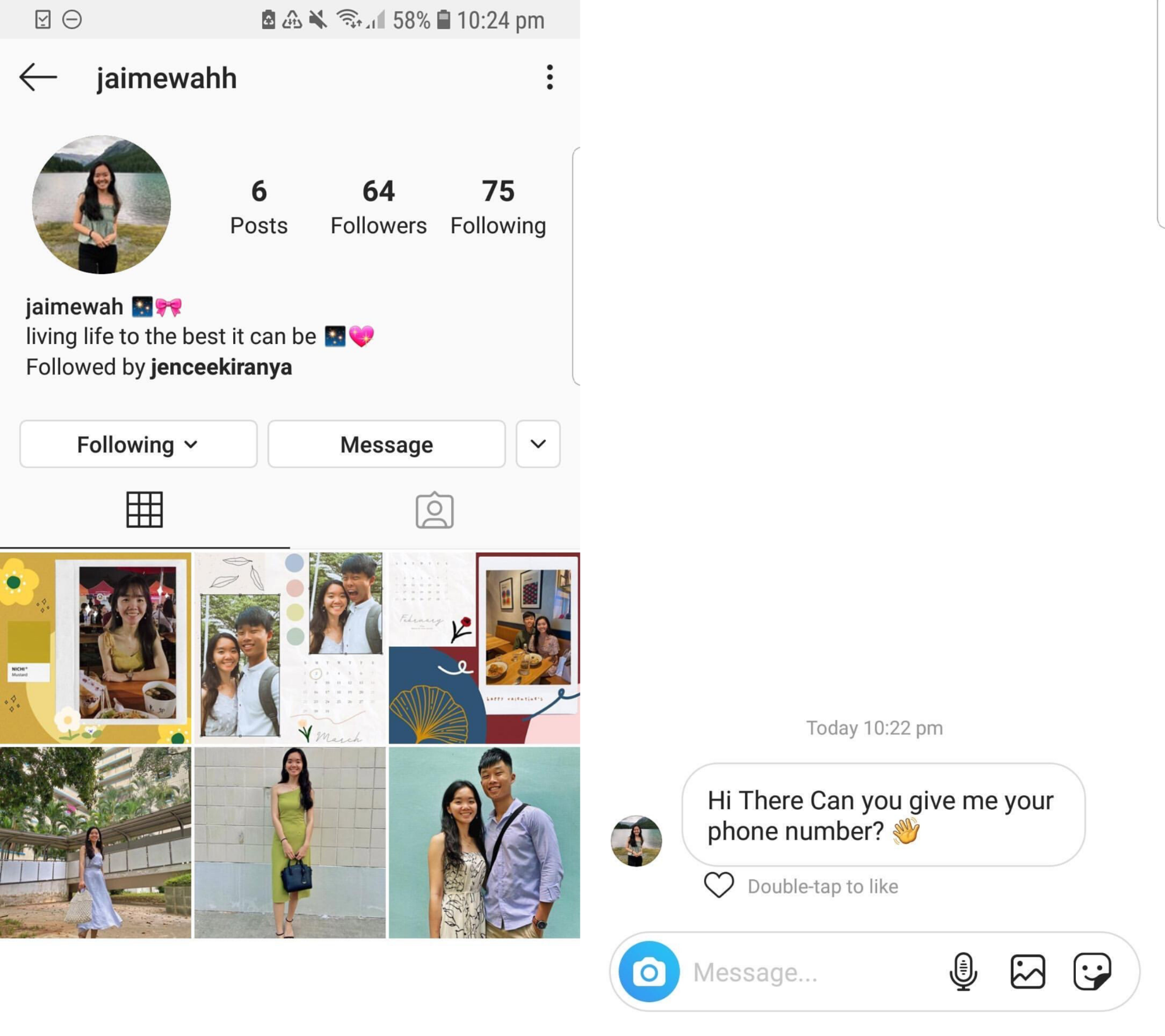 Most of us were taught as kids never to trust strangers, much less give up any personal information. But when it comes to familiar faces, we let our guard down and scammers know this well enough to take advantage of it. We might not even think twice about giving phone numbers or, worse, a few hundred dollars.

A common tactic by these impostors is to ask for pictures of your credit or debit card and your OTPs because they’re trying to “help you sign up for lucky draws” on Lazada or Shopee.

If you have a childhood friend or acquaintance suddenly sliding into your DMs asking for your number after 5 years of no interaction, red flags should already be up. Check that the handles are spelt correctly and that photos have been posted over a period of time.

A quick check if they’re genuinely your friend is to text their mobile number directly and ask if it’s them. If they’re a long lost friend whose number you no longer have, ask them a trick question like how’s (insert fake family member’s name here).

6. Messages and calls from “royalty” and kidnapping scams 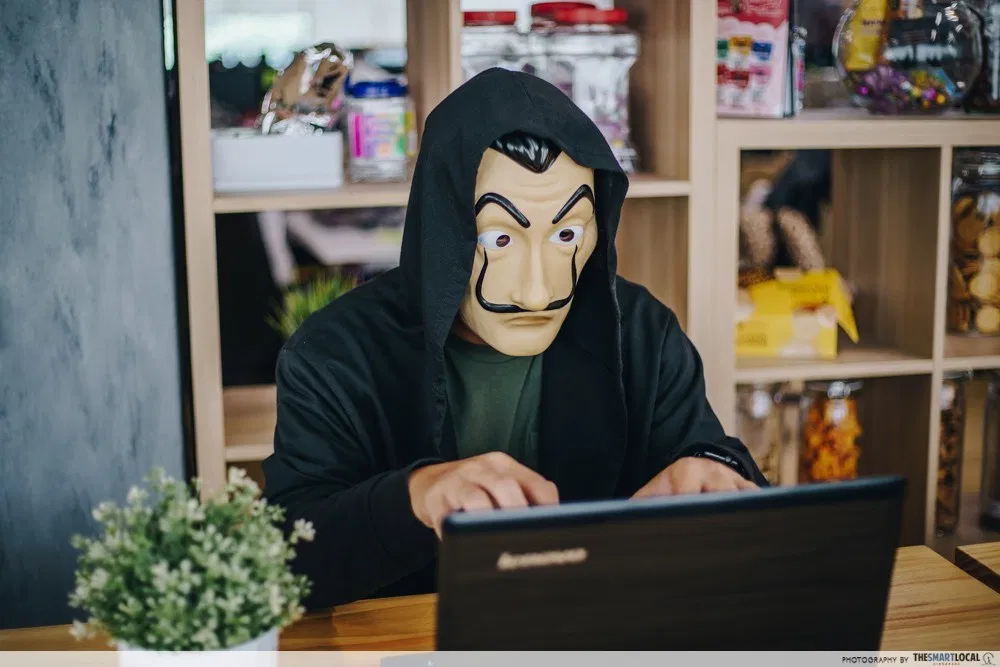 The elaborate stories some scammers come up with could be worthy of a soap opera or film. Think millionaire royalty in distress or kidnappers holding your family members hostage. Props to them for originality.

Far-fetched as they are, it’s usually our loving grandparents who fall for these since they’d rather give up their life savings than see their family in harm’s way. These scams are often carried out through email blasts, calls and online messages.

This scam isn’t exactly difficult to identify. Just treat any far-fetched story from a stranger on the internet with suspicion. For calls, avoid picking up any from foreign numbers. On top of being a scam, you might get slapped with exorbitant overseas call charges too.

Make it a rule to never ever give or lend money to anybody over the internet because you’ll never see that money again. Then after that, check in on the seniors to warn them from unwittingly giving away their retirement money. 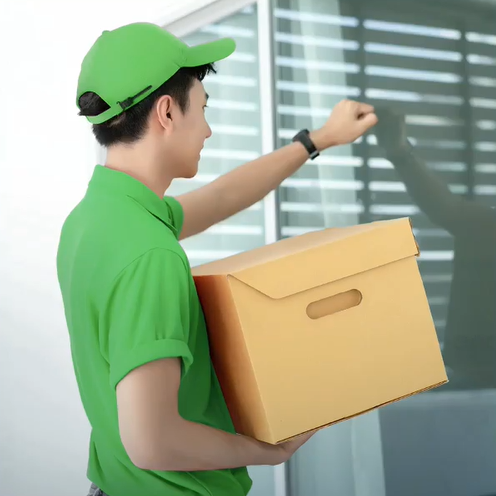 In the age of online shopping, this scam is something many of us may be vulnerable to. Lost parcels and damaged items are bad enough, but a call from “customs” for a stuck parcel takes the cake when it comes to online order fears.

The easiest way to tell if it’s fake is to check if you’ve ordered anything. If you’ve bought something online and your parcel is genuinely being held up at customs, they won’t actually contact you through call or text and ask for payment for it to be released. So as long as the caller is asking for money, it’s downright shady and you should hang up.

But if you have talktime minutes to spare, you could do what some of us do – waste the scam caller’s time and give them less time to con others.

It’s regrettable that there are people out there making a living stealing our hard-earned money and personal information. Alas, scammers have existed since the beginning of society so the best we can do is keep up to date with the newest tricks and common scams in Singapore, and to always be on the alert for unusual transactions and interactions.

For articles on other common mistakes, check out: 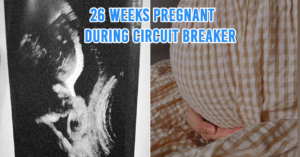 Pregnant During COVID-19 - Scary Hospital Visits, Scrapped Confinement Plans & The Upside To It All
12 Best Sci-Fi Series On Netflix That Could Actually Happen In Our Not-So-Far Dystopian Future 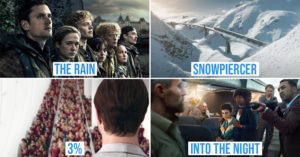