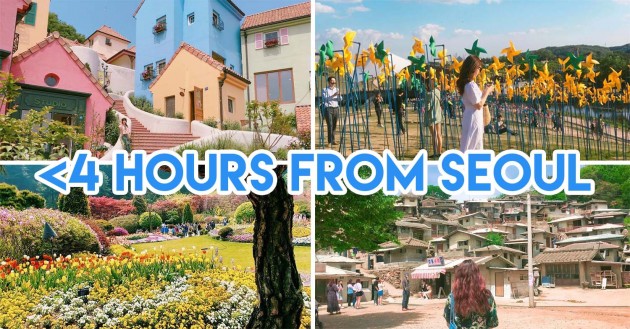 South Korea’s on a lot of people’s travel bucket lists – but many usually only hit up Seoul, then take a train to Busan, and maybe a flight to Jeju Island. But this culturally rich country has so much more to offer than what’s written on most travel guide books.

If you’ve exhausted everything on your Seoul to-do list, you might feel you’ve seen all of Korea when you’ve only just touched the tip of the iceberg. So, go beyond the capital’s borders and venture into what’s unknown to most foreigners.

Here are 17 places in Korea to visit when you’re done Seoul-searching. 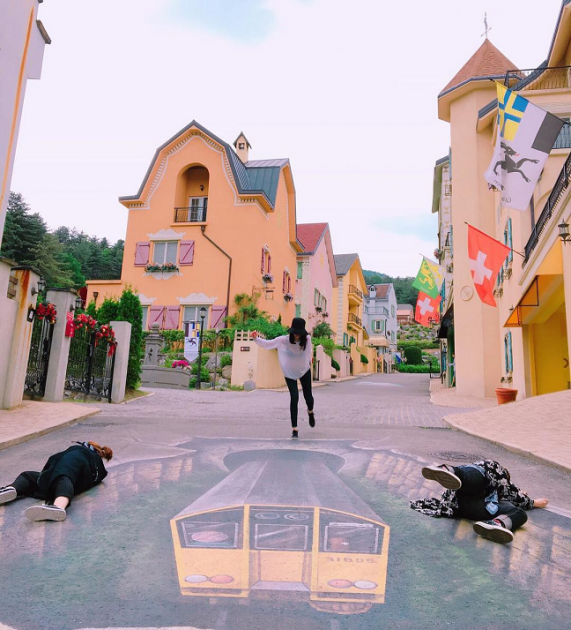 At Edelweiss Swiss Theme Village, fool yourself into thinking you’re Heidi, dancing freely on the mountains of the Swiss Alpines. From cheese museums to lush gardens, this little town is full of pretty sights and is only an hour’s bus ride away from Seoul! 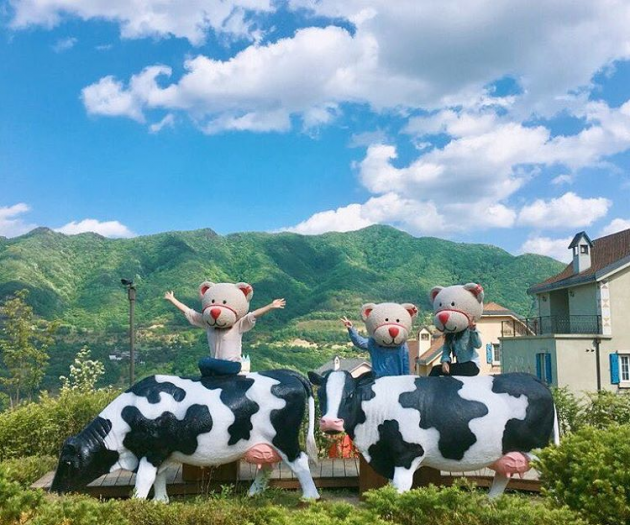 Tip: Grab the giant teddy bear mascot heads and use the village’s grand landscape as a backdrop.
Source: @sh_0319

Koreans are into all things pastel, and Petite France embodies this love with buildings in soft hues set against a pastoral area which resembles the Mediterranean coast. 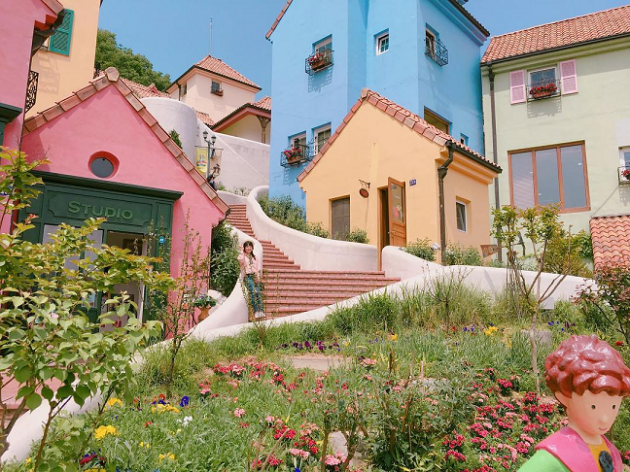 Also known as “The Little Prince Theme Park” after the beloved French novel, the village contains a memorial dedicated to author Saint-Exupery. But if you’re more of a K-drama fan than bookworm, you might recognise Petite France from shows such as “Beethoven Virus”, “Secret Garden” and “My Love from the Star”.

3. The Garden of Morning Calm 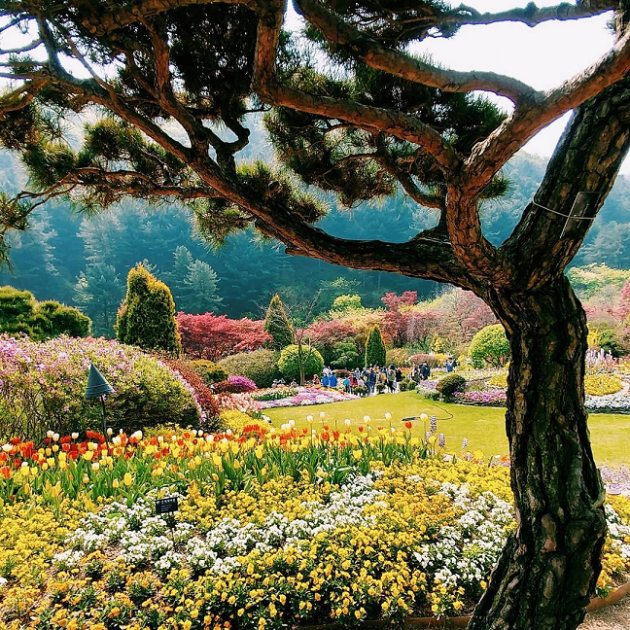 The Garden of Morning Calm might just be the closest thing we have to heaven on earth. The oldest private garden in Korea has a stunning variety of colourful flowers blossoming all-year-round – perfect for family picnics and quiet romantic walks. 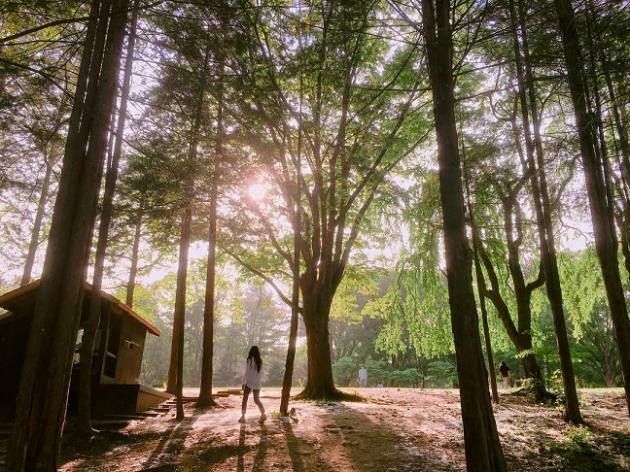 Just a little further from Gapyeong County is Chuncheon City, a riverside tourist destination most well-known for Nami Island. Roads in this small half-moon shaped island are lined with trees that spring up like straight poles and cover the land with cool shade. 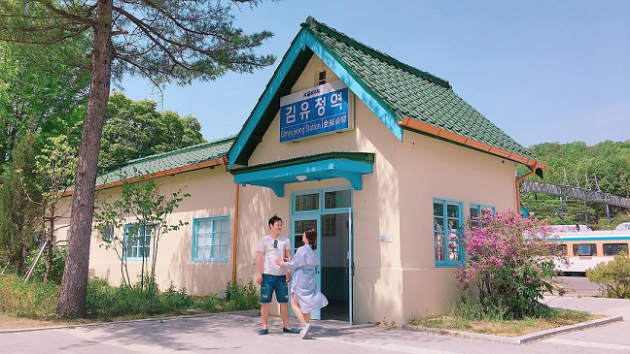 Gimyujeong Station is named after one of Korea’s most prominent writers, and the old rail station is now preserved as a cultural site with a stationary train on its tracks. Enter it though, and you’ll be surprised to find yourself in a book cafe, decorated with wooden tables and picture frames. The station marks the start of a rail bike trip, where you can pedal along a 6km track that passes through vast greenery and tunnels.
Source: @gusejddlt Built to reflect Korea in the late Joseon period, the Korean Folk Village offers visitors cultural classes and performances for an insight into Korea’s traditions. 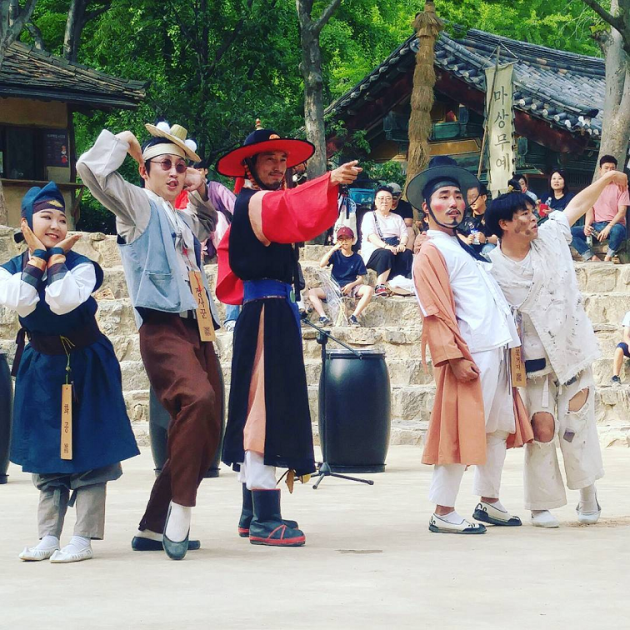 Rated one of the top five water parks in the world, Vivaldi Park Ocean World is a paradise for Koreans during the hot summer season, boasting a land area as large as 14 soccer fields!

Besides the outdoor park featuring the world’s longest water slide, there is also an indoor zone with playground facilities and Jjimjilbang (Korean-style sauna), as well an open-air bath.

Address: 262, Hanchigol-gil, Seo-myeon, Hongcheon-gun, Gangwon-do
Local Address: 강원도 홍천군 서면 한치골길 262 (서면)
Book it: Get your tickets before the trip here, inclusive of a round trip back to Seoul. 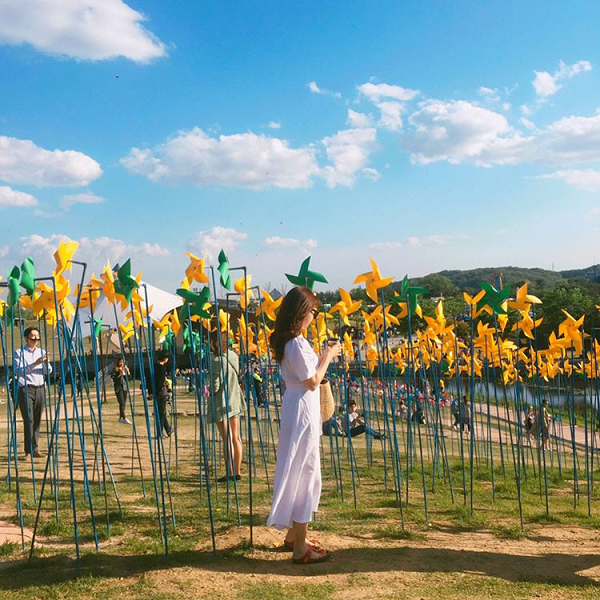 Besides being super ‘gram-worthy with hundreds of vibrant origami windmills, Nuri Peace Park is a meaningful place which symbolises South Korea’s undying faith towards fixing the split of the country during the Korean War.

The park is near to Imjingak DMZ park, the DMZ (Demilitarized Zone) and the JSA (Joint Security Area), so it’s a great way to spend a day out and get clued in about the deeper history between the two Koreas. 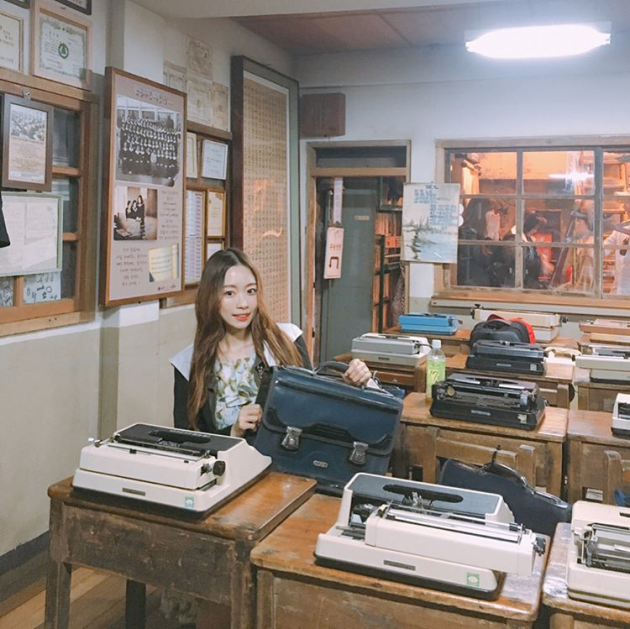 Besides the modern galleries, transport yourselves to Korea in the 1950s by entering imitations of humble classrooms and narrow streets that our grandparents’ generation scuffled through in their yesteryears. 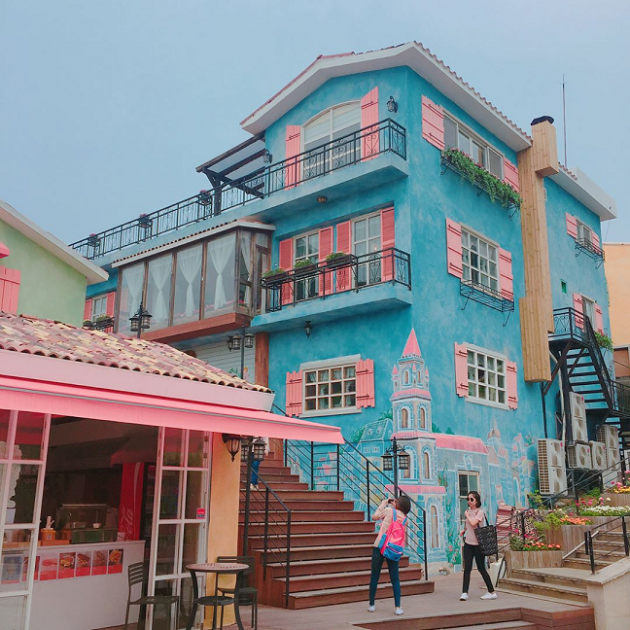 Provence Village is a photogenic place where every building looks like a life-sized dollhouse. As night falls, watch the place light up with enchanting LED lights as you enjoy a nice meal with bae in one of its many French-themed restaurants. Birthplace of over 700 TV programs, movies and dramas, Suncheon Open Film Set is THE largest film site in Korea, and depicts the streets of Suncheon from the 1950s to 1970s.

Think a major vintage theater, brewery, fire station and a daldongne (“moonlit village”), the replica of an area which used to house poor families in uphill parts of Seoul. 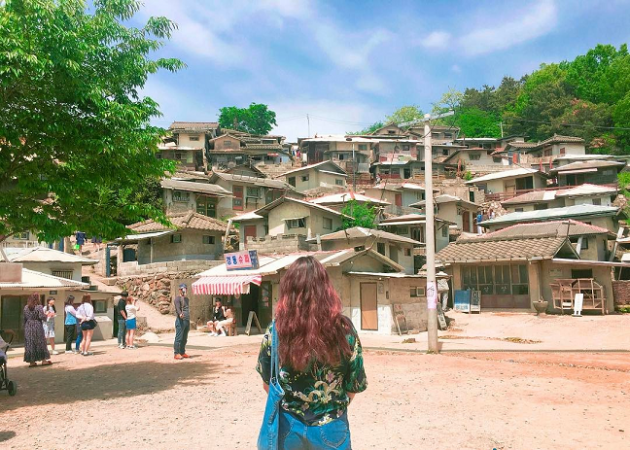 To really get in the zone, rent old-school uniforms and explore the three villages that each represent a different era! 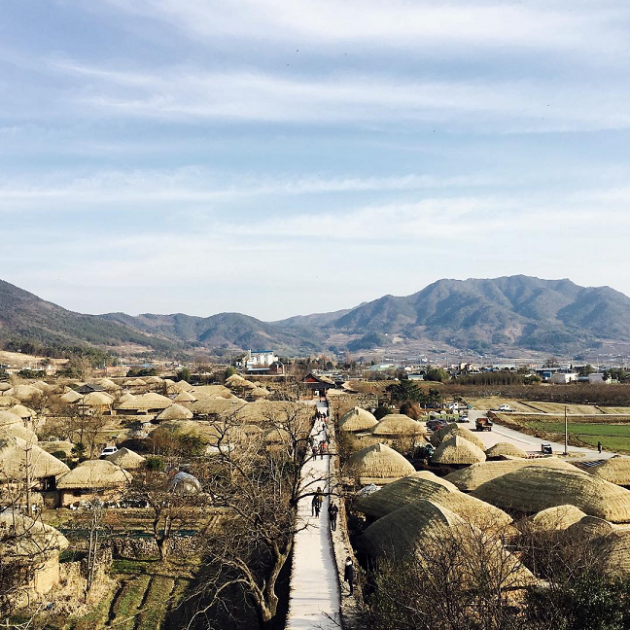 Time-travel to ancient Korea by heading to this folk village which houses over 100 families who live in straw-roof houses – there’s even a well-preserved castle which you can ascend for a stunning view of the whole town. 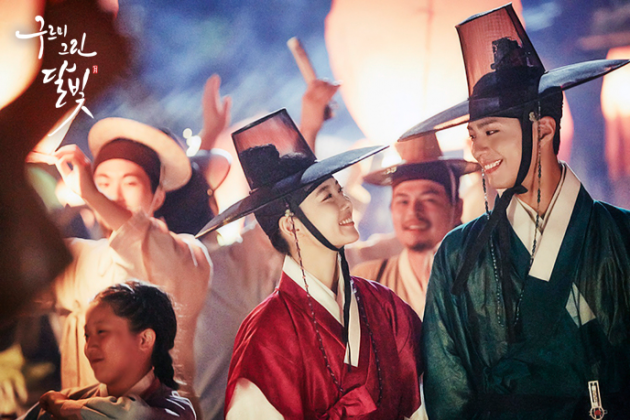 Fans of Park Bo Gum rejoice – this was where the iconic lantern scene from the 2016 hit drama “Love in The Moonlight” was filmed too!

Named one of the top five coastal wetlands in the world, Suncheonman Bay Wetland Reserve is well known for its fields covered with reeds taller than a full-grown adult. 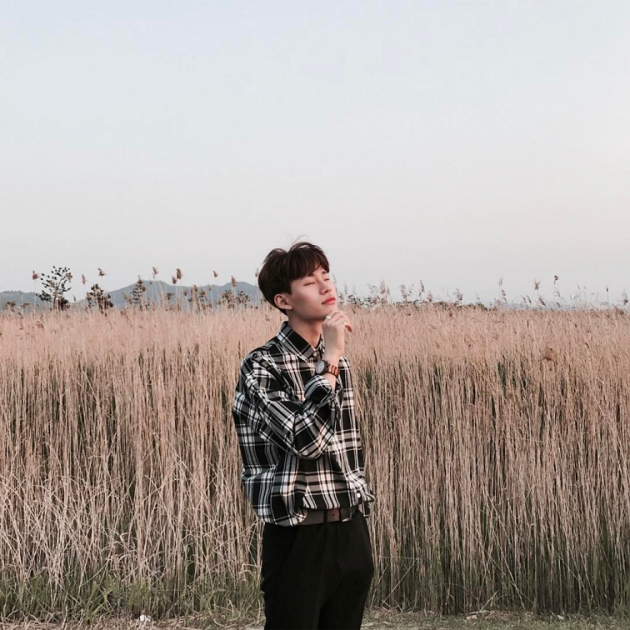 Watch the entire field sway in the wind and look out into the endless fields – it’s a sightseeing experience like no other. Blue seas, blue skies and blue roofs – Samcheok Sol Beach Hotel is a resort that will rest your troubles away by offering a sweet summer getaway. If you couldn’t already tell, the pristine white walls of its buildings are inspired by the architecture of Santorini, Greece. 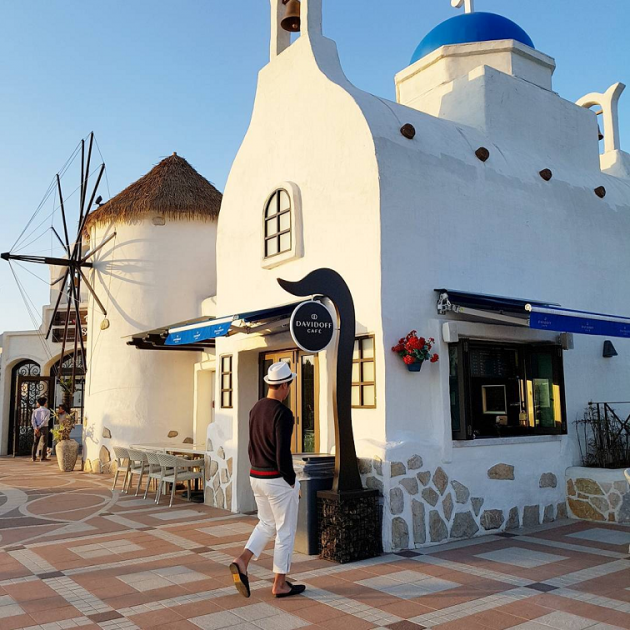 Bring out the laid-back traveller in you here – time at this resort is for chillin’. Sit out in the open air with brunch from various cafes in the resort, and look out into the boundless sea. Janghohang Port is an all-round place for lovers of the ocean. From water rafting, fishing, diving, to snorkeling under the crystalline sea, the calm waters of this area make any activity safe for all ages to enjoy. Not to mention, the rock formations surrounding the place make it even more of a natural wonder. It’s no wonder Gamcheon Culture Village drew crowds after it redeveloped as a small arts hub – the cluster of houses built in stair-case fashion, and the murals and sculptures created by the residents serve as unbeatable photo ops for visitors. 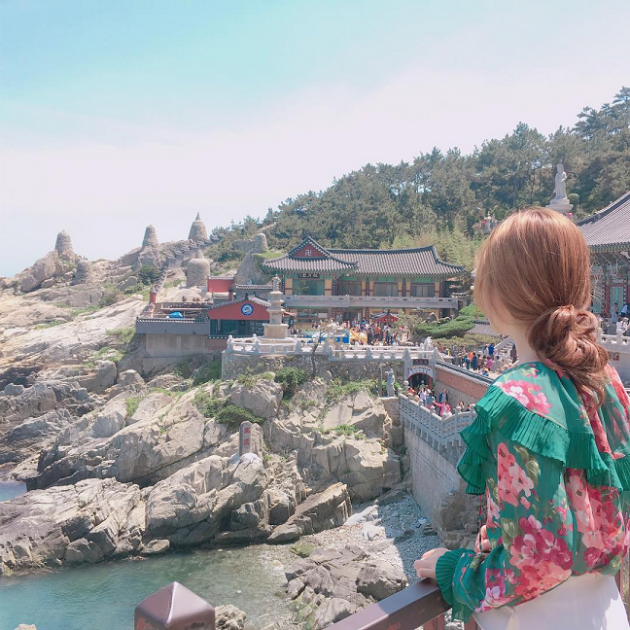 Enjoy the calming sounds of waves and catch majestic sunrises when you visit the temple.
Source: @cocowith

Standing since 1376 along the shoreline of Busan’s north-east is Haedong Yonggungsa, where many go to seek spiritual healing. Here, visitors are encouraged to pray for their families, for wealth, and for happiness – hopefully, at least one of your wishes will be answered.

Though unknown to most foreigners, all these places are the locals’ favourite inland tourist spots. Don’t be one of those people who tag the same-old touristy sights in Seoul on Instagram! Hitting up these local gems in Korea will offer you a Seoul-different experience and make your friends go, “How did you even find these places?”

Save time and cash with Changi Recommends 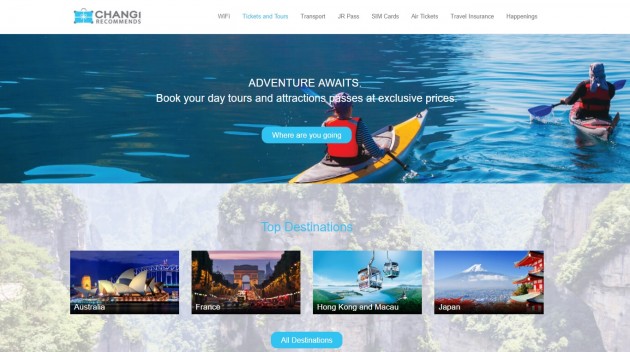 The travel peak period of June is coming up, and that means a hike in tourists flocking to Korea. And if you hate queueing up at attractions, here’s a tip: get your tickets before the trip.

To make your ticket hunting a breezy experience, Changi Recommends has revamped its website so you can book anything from day tours to attraction tickets from over 20 destinations easily. Besides attractions, the website also provides services you’ll definitely need for your travels, including portable wifi rental for those of us addicted to our phones and private airport transfers for haters of airport-hotel traffic.

By planning your trip with Changi Recommends, you’ll not only save time with pre-booked tickets, but also pocket extra savings – all the better for your travel shopping.

This post was brought to you by Changi Recommends.

#busan #Changi Recommends #korea #things to do in korea