Whether or not you celebrate Chinese New Year, chances are you took part in the Google Pay Huat Pals event earlier this year, where you spent the long weekend sending digital angbaos back and forth with friends in the hopes of collecting the coveted BBLOH.

The luckiest of us won big, with $88.88 instantly credited into our Google Pay accounts. Even those of us who weren’t as blessed were left just a little richer, and certainly a lot happier. After all, there’s nothing better than free cash. If you’ve been hoping for the event to make a comeback, your wish is coming true this August with Lion City Cake.

This round is a lot like the Huat Pals event, and you’ll have the chance to win through the Google Pay app. Instead of sending digital angbaos, all you’ll have to do is play Lion City Cake, a National Day-themed in-app game.

The premise of the game is fairly simple: help an otter family decorate the layers of a cake by completing eligible transactions in-app. You don’t have to spend very much to participate at all, you can qualify just by sending at least $10 to a friend on Google Pay, or making a PayNow or FavePay merchant transaction of at least $3. That’s just about the price of a cup of BBT. 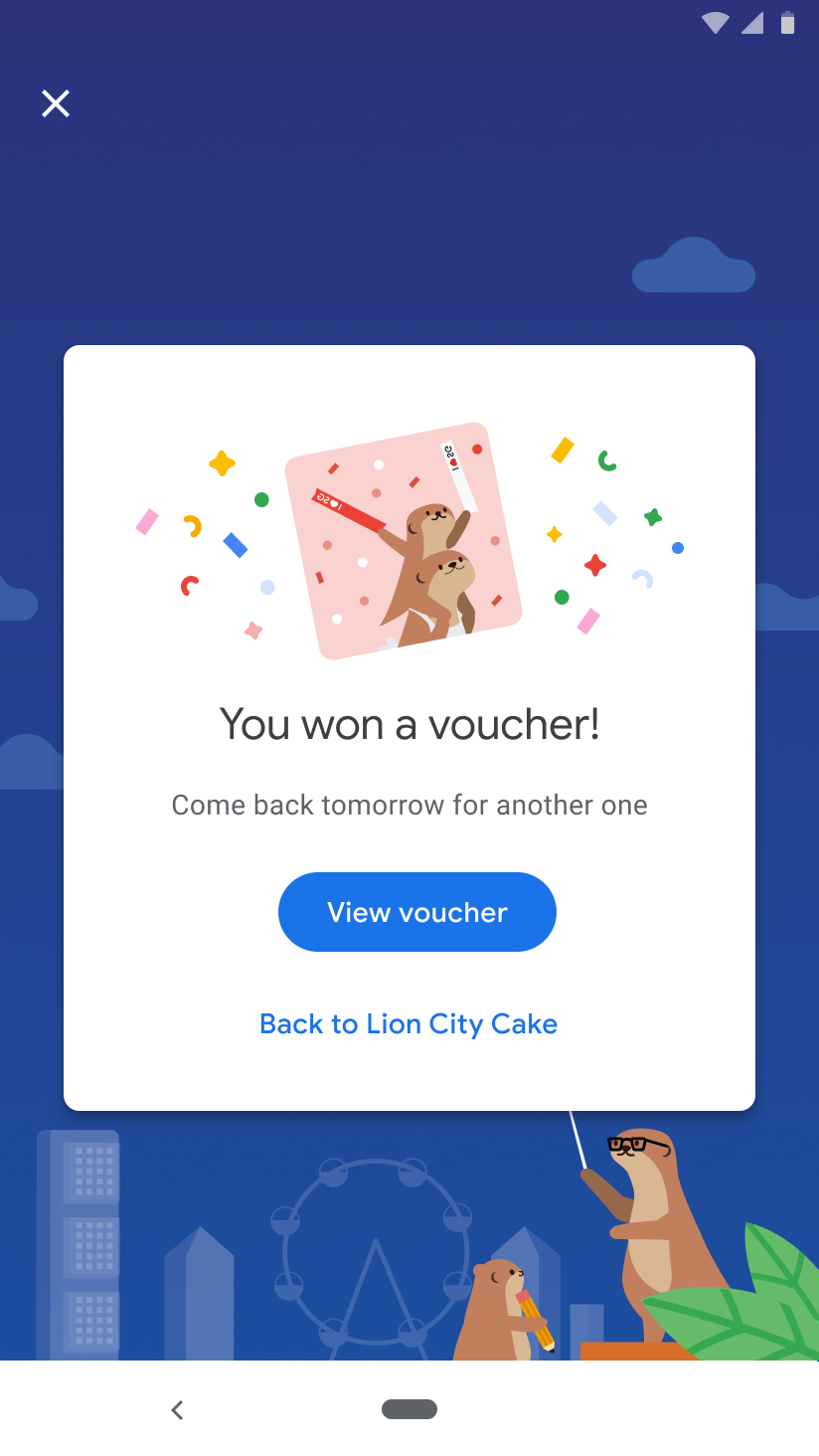 With each transaction you make, you’ll be able to decorate the cake with digital icons of famous Singaporean landmarks – think Marina Bay Sands and Changi Airport. With each completed transaction, you’ll stand a chance to win a voucher from local brands such as FairPrice, Irvin’s, Flash Coffee, and Ryde. 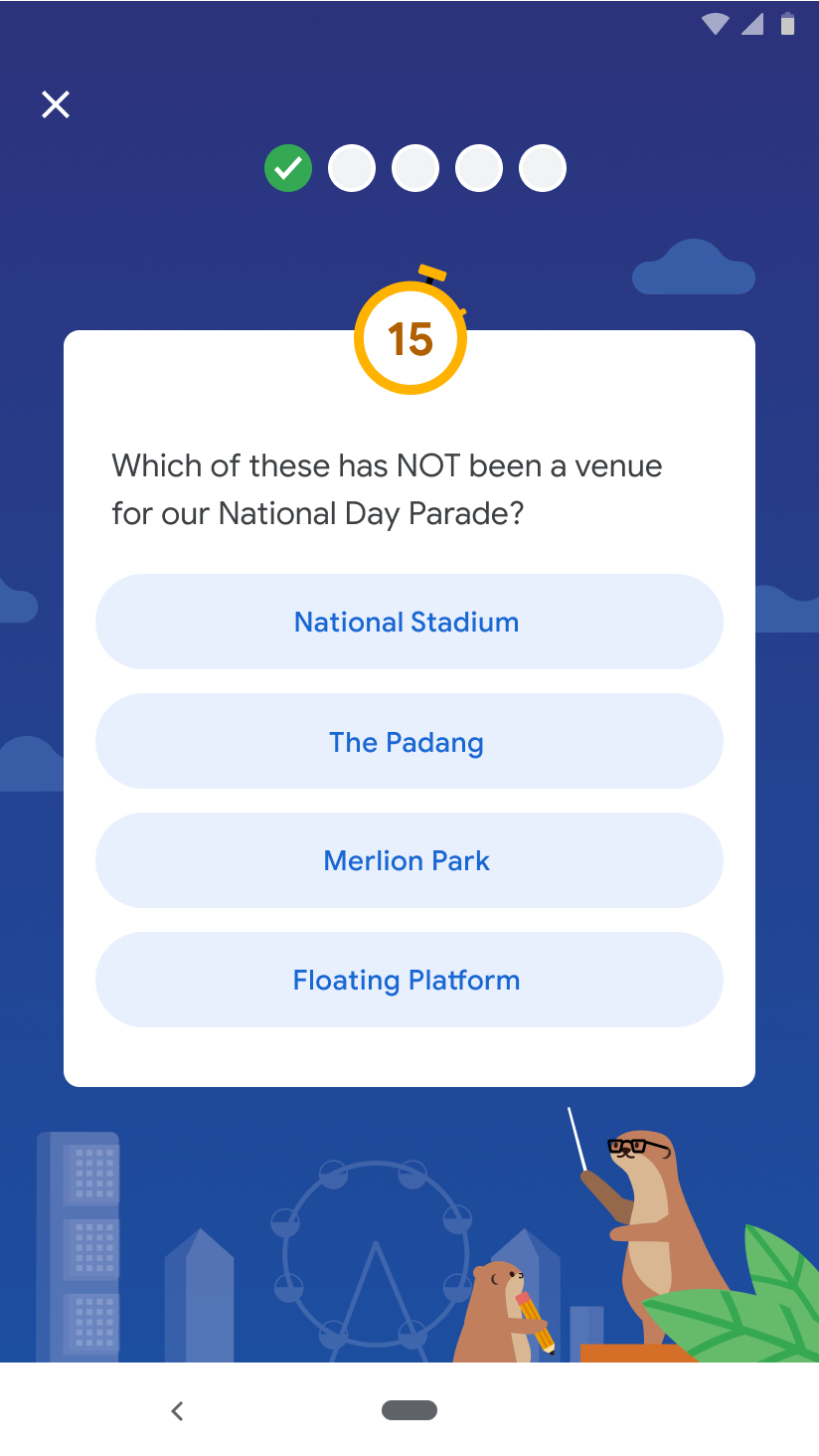 Complete all 3 transactions, and you just might hit the jackpot, a cashback voucher with a value of between $1.57-$57. The 57, of course, represents Singapore’s 57th birthday. Since more is more, you can win an additional voucher every day when you play the in-app quiz game and answer at least 3 out of 5 questions correctly. 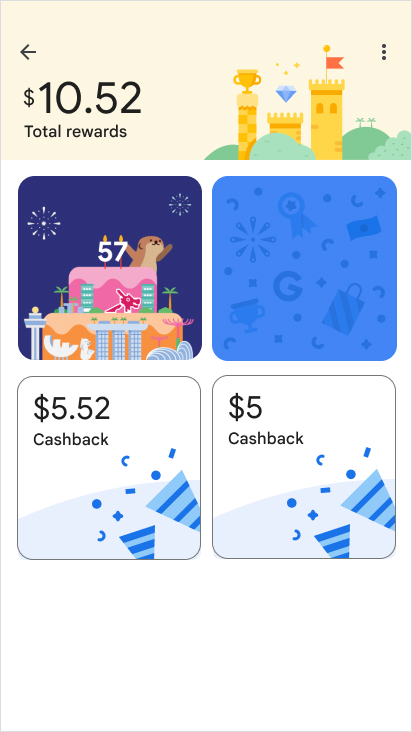 If all this talk about vouchers and cashback has got you excited, here’s what you need to know about playing. You can find the Lion City Cake game on the homepage of the Google Pay app anytime from the 1st-14th August.

So, if you find yourself bored during the long National Day public holiday, give the Lion City Cake game a go. You may very well end up $57 richer.

For more of the latest happenings in Singapore, check out: 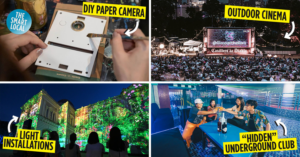 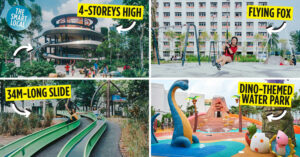