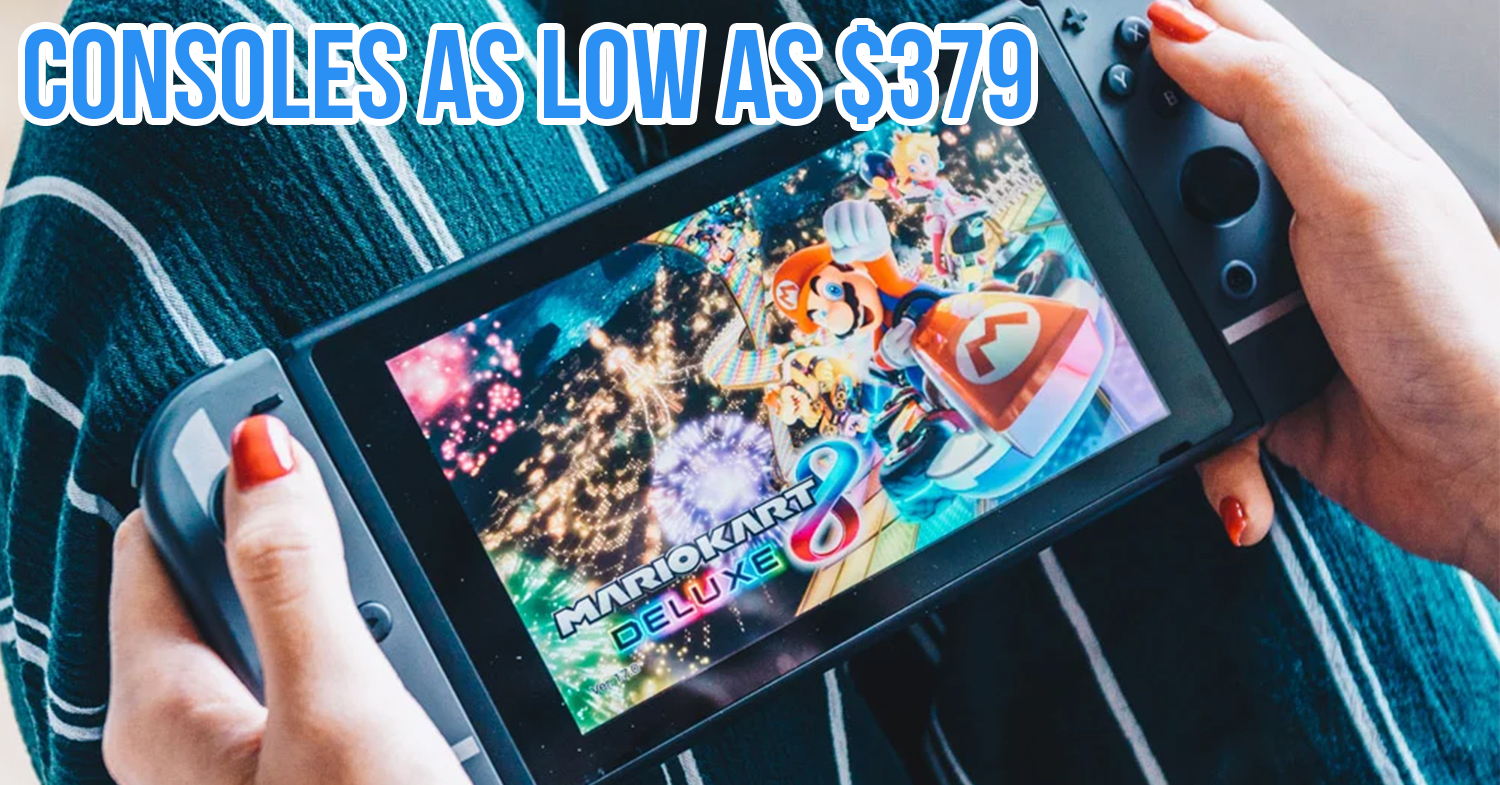 We’re calling it: 2020 will continue to be the year where Nintendo Switch games rule – regardless of how old you are. If you’ve yet to start burning bridges with Overcooked or burning virtual rubber on Mario Kart, it’s never too late to hop on the bandwagon.

Real gamers know that physical stores hide better discounts and even collector’s editions that only the fastest fingers can swipe online. So here are 8 video game shops around the island that will get you hooked in no time – some even come with 2 for $50 bundle deals on games and pre-orders that chop off 40% of the price tag!

Check out our other game-related articles here: 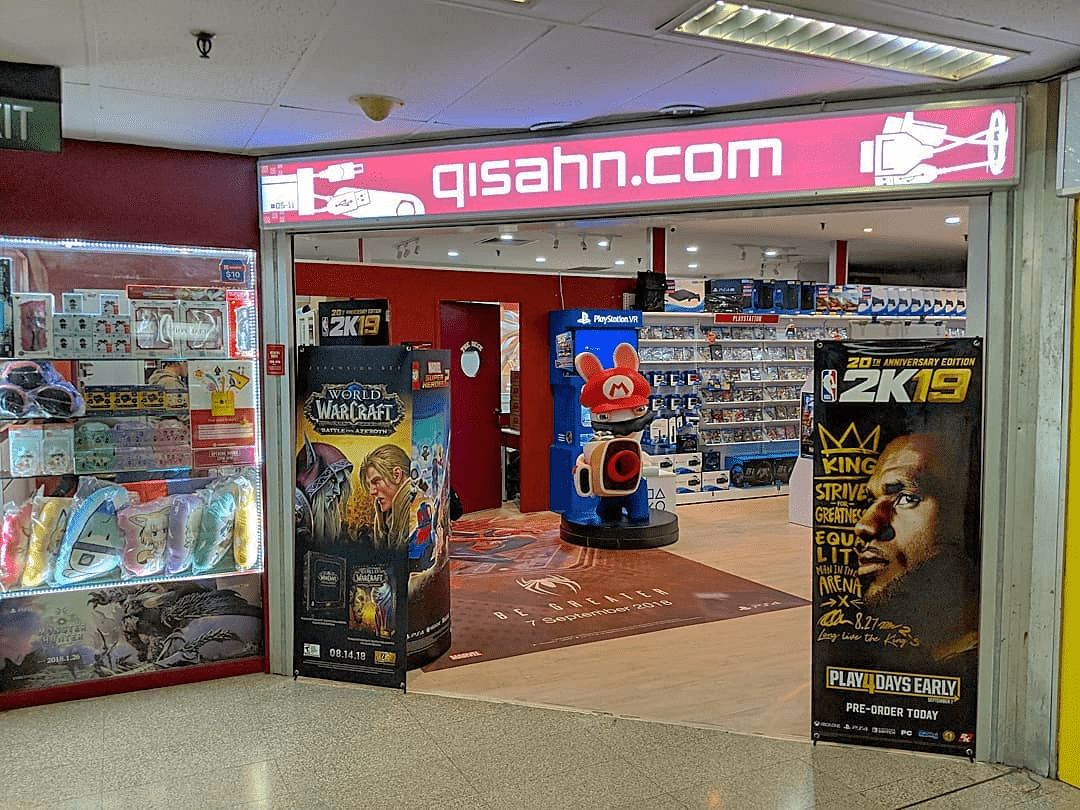 OG gamers will know Qisahn’s store layout like the back of their hand. Also known for housing some of the best deals for console games, Qisahn also takes preorders for hard-to-get US video game releases at discounted prices to help you save up as much as 40%!

Heavy gamers will save even more with their $18/year membership which will entitle you to $2 off most products and other membership discounts.

Additional services: They have a price-match policy but it only applies for non-discounted items that have not been purchased yet. 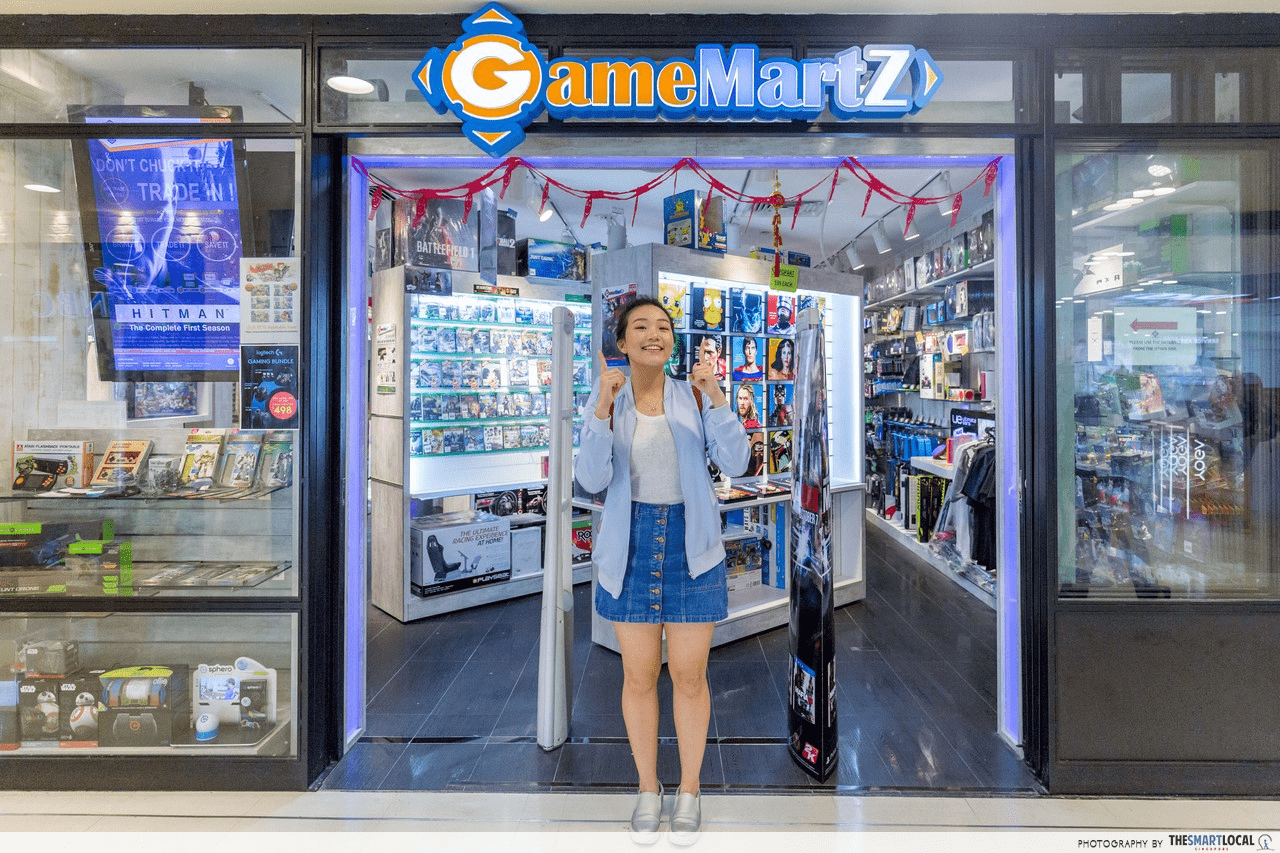 Along with Qisahn, GameMartz is one of the few surviving game shops from the early 2000s. They have random massive sales with slashed prices going as low as $10 alongside consistent promotions like their console + game bundles at $449 where you’ll be able to pick up a PS4 slim and 3 fixed games.

Additional services: They also run free diagnostic tests on broken consoles and cover them with a 30-day post-service warranty. 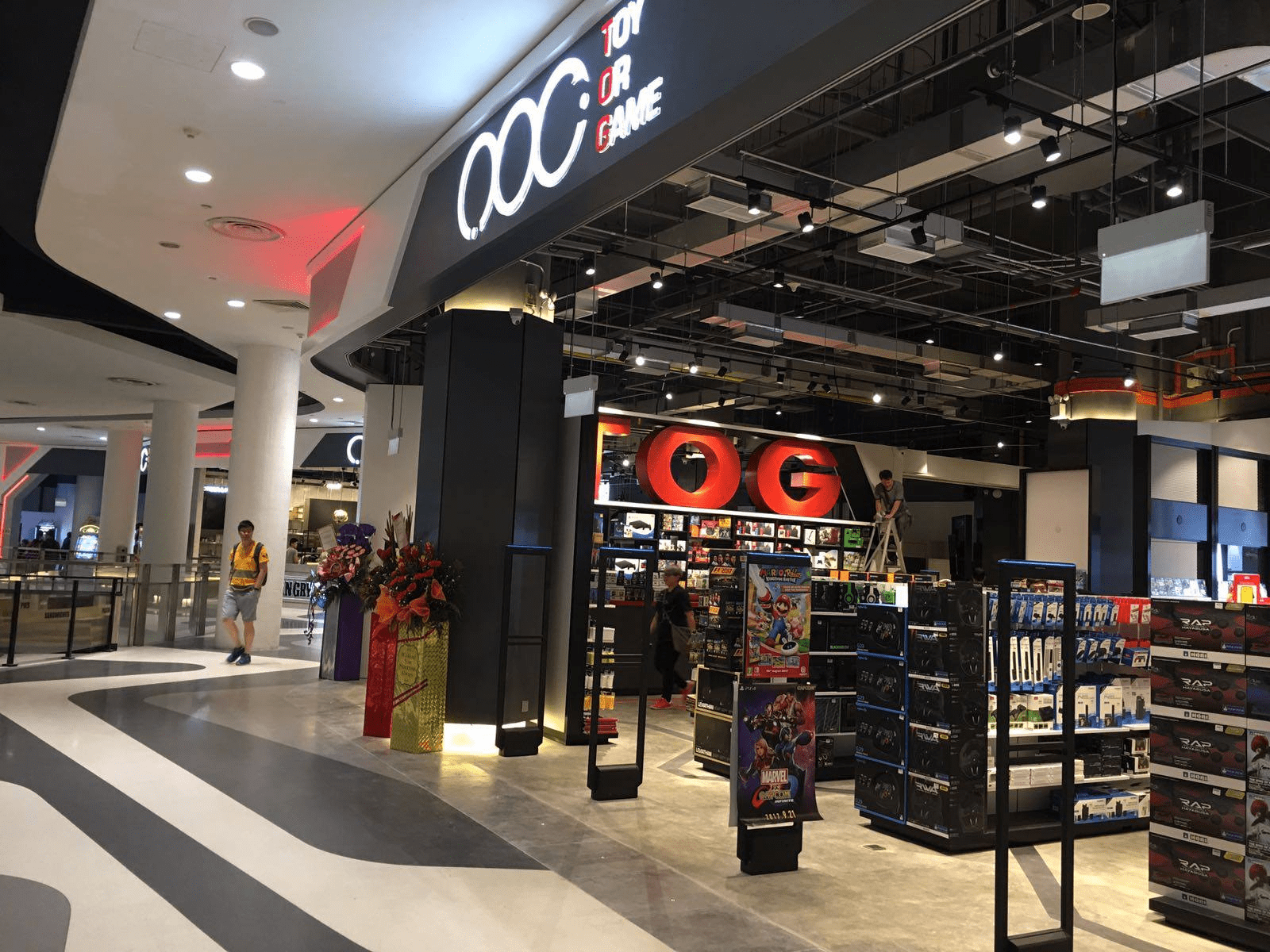 TOG is almost like the Starbucks of video game shops – you can find one in every corner of the island. While they don’t win any medals for pricing, their membership is one to consider for the sheer amount of perks.

For an annual fee of $20, you’ll get a $10 voucher for on-the-spot redemption. You’ll also get to enjoy the exclusive discounts and earn store credit to offset future purchases with their reward system.

P.S. Birthday month buys will give you double the credit! 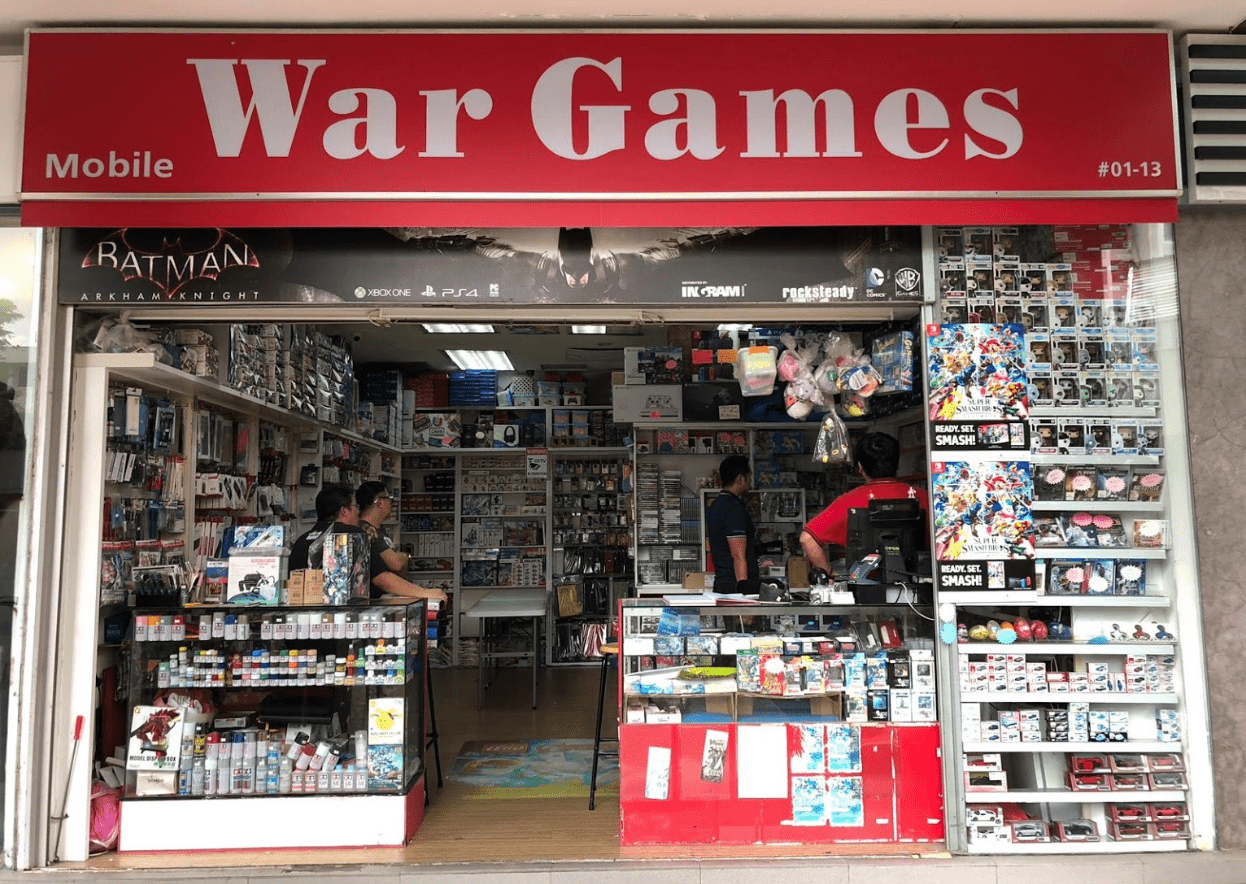 HDB game shops are fast becoming extinct but hope remains for oldies at heart thanks to War Games over in Ang Mo Kio. Don’t judge the store by its storefront or location because it hides the latest game releases in its depths at competitive prices.

Pick up one of their console bundles to avoid the issue of missing HDMI cables or cracked screens as everything you’ll need from tempered glass to 12 months of warranty is thrown into the deal.

PSA: The PS4 console FIFA 20 bundle which includes a 3-month membership voucher and a voucher for rare in-game items is especially cheap here at $419 only. 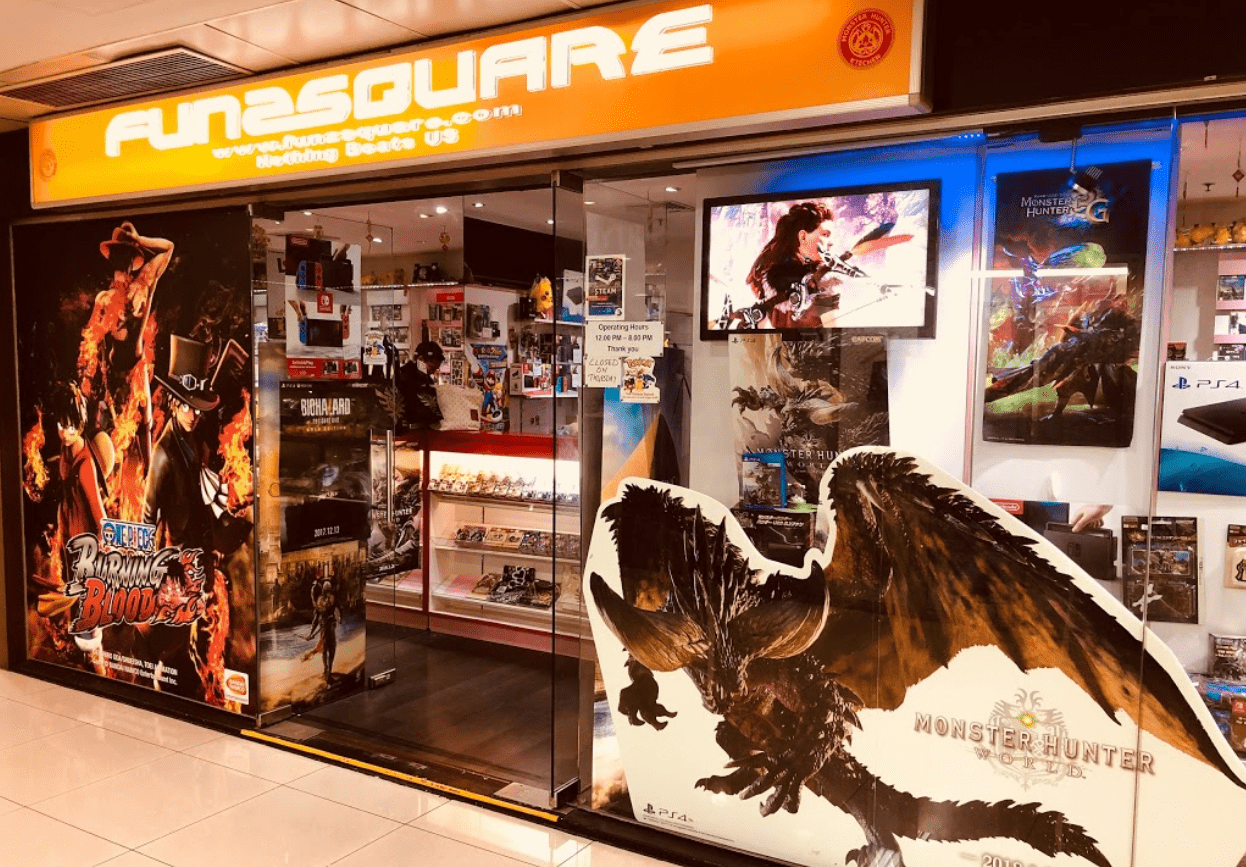 Funzsquare only has one store and it’s tucked away amongst the nail salons and piercing parlours at Far East Plaza. They sell the latest PS4 and Nintendo Switch games with some games like Kingdom Hearts 3 even selling for $29, the cheapest in this list.

The last thing anyone wants is their precious game to conk out on them, but if you’re a firm believer in Murphy’s Law, then you’ll want to buy your games here for the free additional 1 year of store warranty it’ll come with on top of the manufacturer’s warranty.

The real worrywarts can throw in another $30 to extend the warranty to a 5-year one – a reasonable price to pay for 5 years of guaranteed play.

Just as we flock to Carousell for second-hand steals, gamers can flock to GameXtreme to browse their extensive collection of cheap pre-loved games. Prices differ per game and are subject to availability, but there’s a chance you’ll chance upon sold-out best sellers or gem of the past.

You can kill two birds with one stone by trading in your old games for other games for little to no charge at all, depending on your pick. Just remember that the game has to be in the original casing and be in perfect working condition. 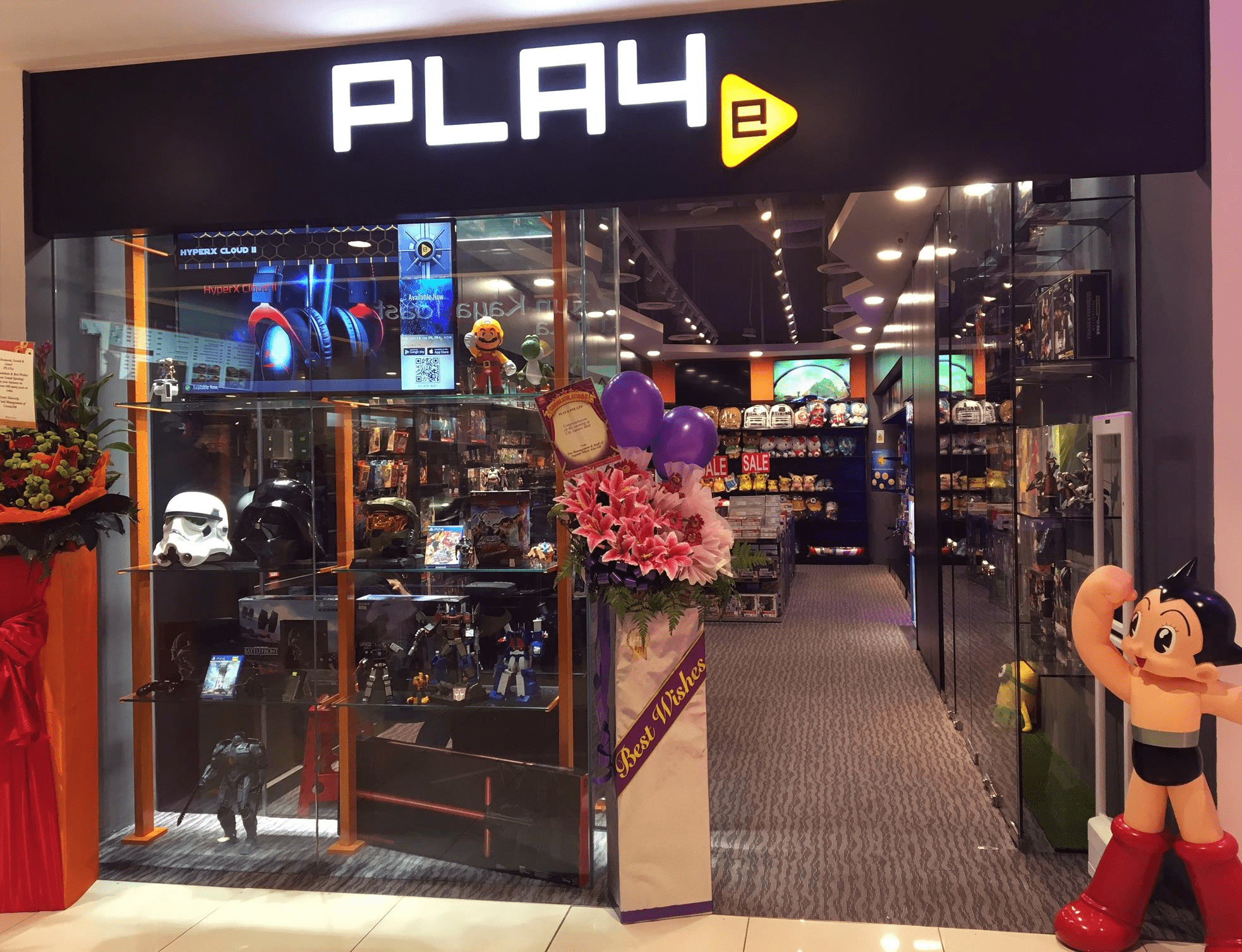 If gaming is up your alley, then there’s a high chance that collectables and figurines will feed the geek in you as well.

Not only does PLAYe stock all the highly sought-after consoles and games, you’ll also be able to find a whole treasure chest of collectables such as cute AF Amiibos and figurines of your fave game characters like Mario, Pikachu and Zelda and Tomica cars.

They also stock game-themed home decor, merc and Model Kits for those who love a little craft project. 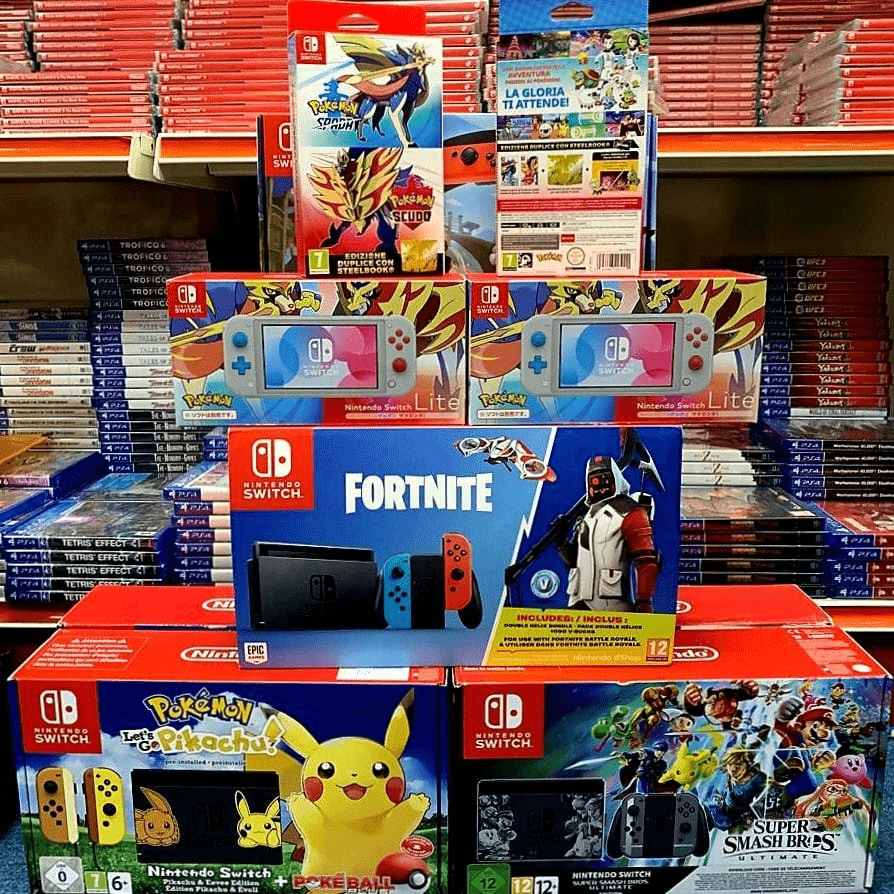 Games Crazy Deals is a hidden treasure trove tucked away in Clarke Quay. It’s so low-key that they don’t have any pictures of their store available anywhere online.

The prices here are heaven-sent with the basic Nintendo Switch Gen 2 console going for only $419 while popular multiplayer games like Overcooked 1+2 are selling for only $47 – the cheapest price for this game we’ve found across all stores.

Video game stores with the lowest price for games and consoles

Even though it seems almost backward to do head down to a brick and mortar store to shop for all your gaming necessities, there still are some undeniable perks that come from it.

We’re talking about the satisfaction of walking away with a console in hand without the arduous wait and checking to see if the thing even works! If you’re a traditionalist at heart, then head down to your nearest video game shop to update your game collection.

For more online games to keep yourself entertained: 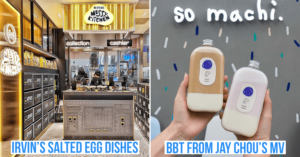 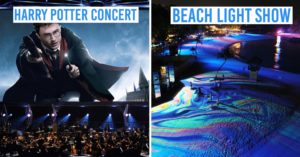