Nintendo Switch is well known for its popular games like Smash Bros Ultimate and Overcooked. Both of which can cause friendship bridges to burn, curses to be yelled and neighbours to wonder if there’s a war going on in your place.

But the Switch world is vast and there’s more than you can explore other than just their famous AAA ones. Below are some other similar multiplayer Nintendo Switch games you can check out to keep your homebound-self occupied. 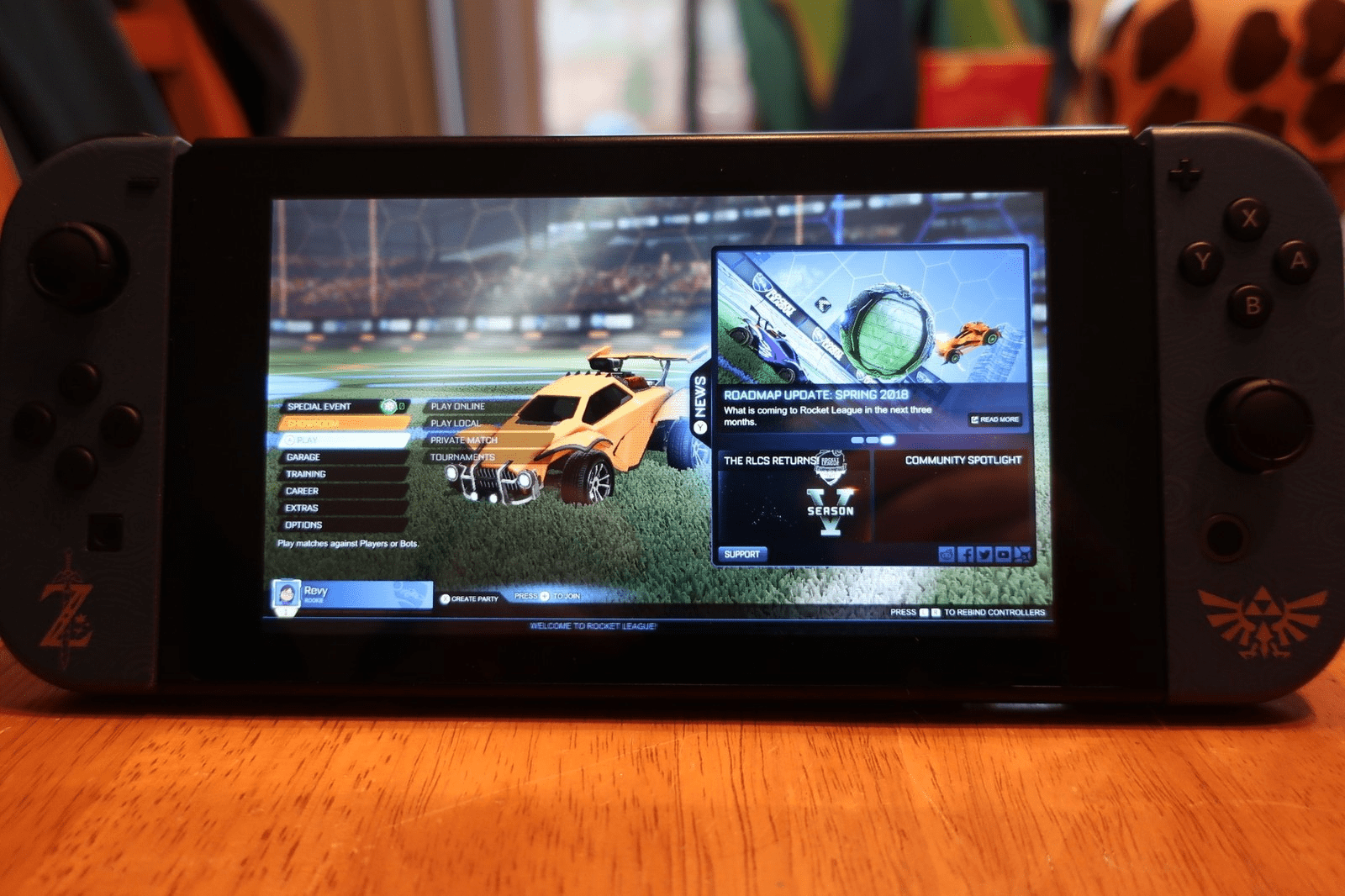 For all the guys – and ladies – out there that love soccer and cars, Rocket League is a sweet combination of both to add to your game collection. The game takes things from 0 to 100 the moment you hit “play” so expect lots of excitement-packed game sessions.

Prepare to spend plenty of time on addictive matches here – we hear it’s hard to peel yourself away from the screen once you begin!

Type: Action
Max players: 4 for device, 8 for online* multiplayer
*via a Nintendo Switch Online subscription.
Get it here.

If you can’t head out to a party, bring the party to you. Jackbox ensures that you won’t be missing out with their multiplayer party games that can include up to 10 people. Right under the social distancing limit, you should note! Bond with your friends or family over 5 different mini-games that involve serial killers, word play and hidden identities. You don’t need extra joy-cons for this as players can participate using their own phones as well. It’s not necessary to gather to play either – the game can also be enjoyed remotely through video calls for optimal social distancing. 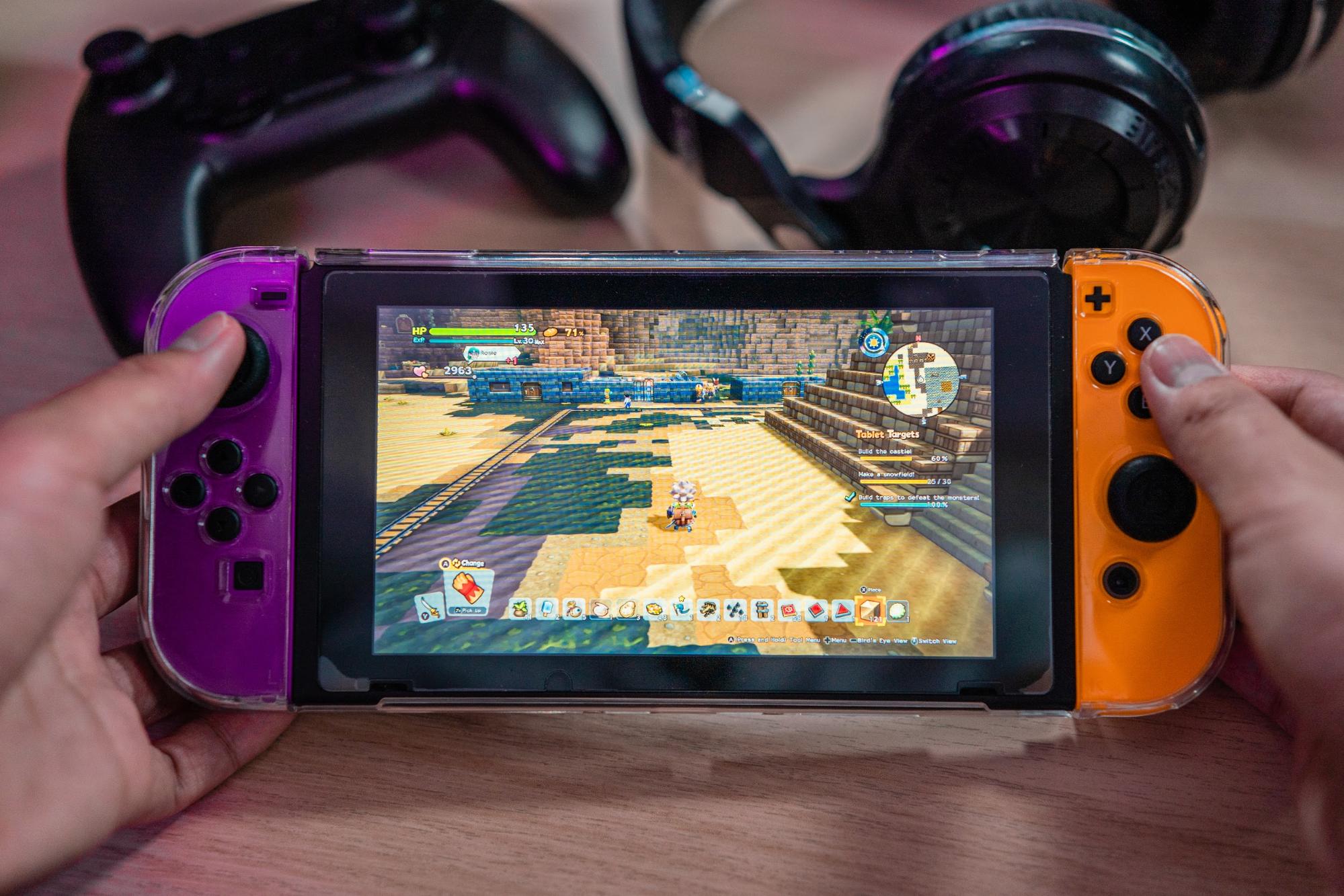 Transport yourself into the fantasy RPG world of  townspeople, ancient evil and monsters with Dragon Quest Builders 2. This game is all about creativity with limited rules so go forth and explore islands or design your own town as you wish. The overall objective? To turn a ravaged realm into one that you’ll love to frolic around in. 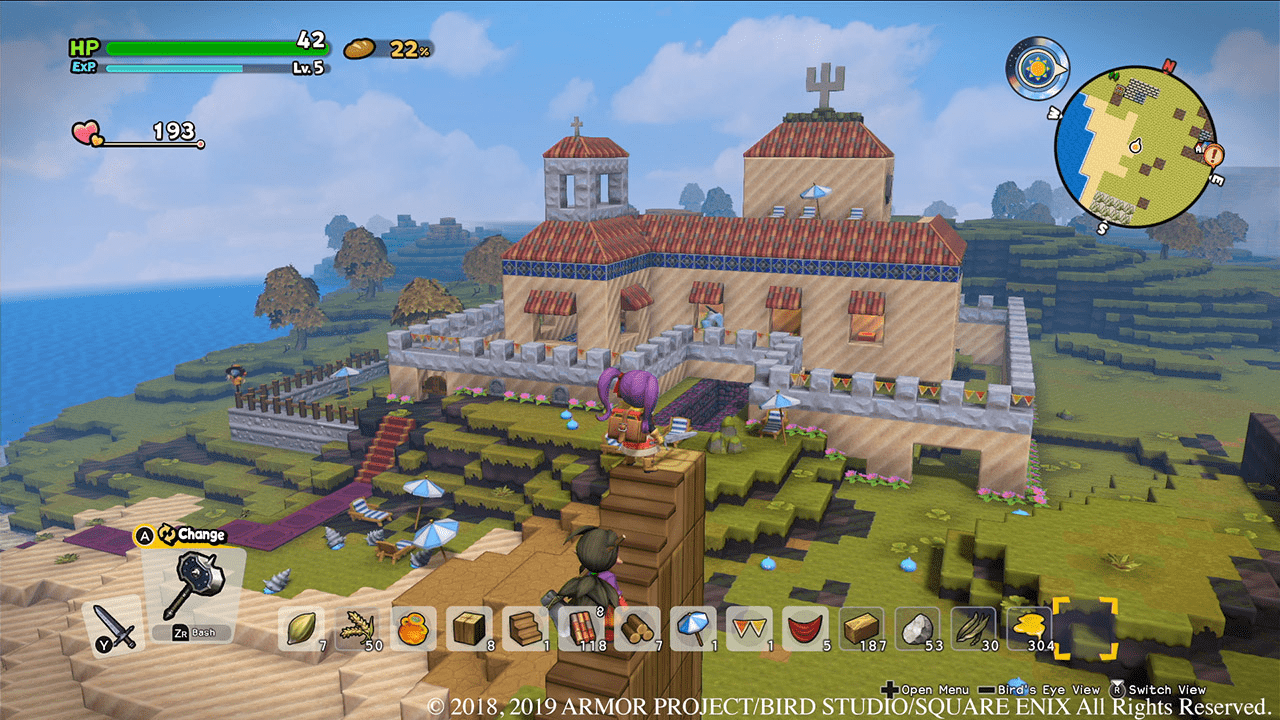 With its many available features, this game can very much be enjoyed alone. But more is always merrier so consider playing it with a couple of friends. In the “Isle of Awakening” section of the game, you can gang up with 3 other players in both local* and online multiplayer modes to build up a community together.

*players have to be connected to the same local network

Price: ~S$86
Type: Action
Max players: 4 on both local and online multiplayer
Get it here.

4. Minecraft – get lost in time exploring their virtual world

Minecraft needs no introduction as the boxy-looking game that many love, and others are perplexed by. Now that you’re stuck at home with lots of time to burn, give this a shot. The game will take you into a virtual world where there are caves and oceans to explore, monsters to fight, and houses to build. 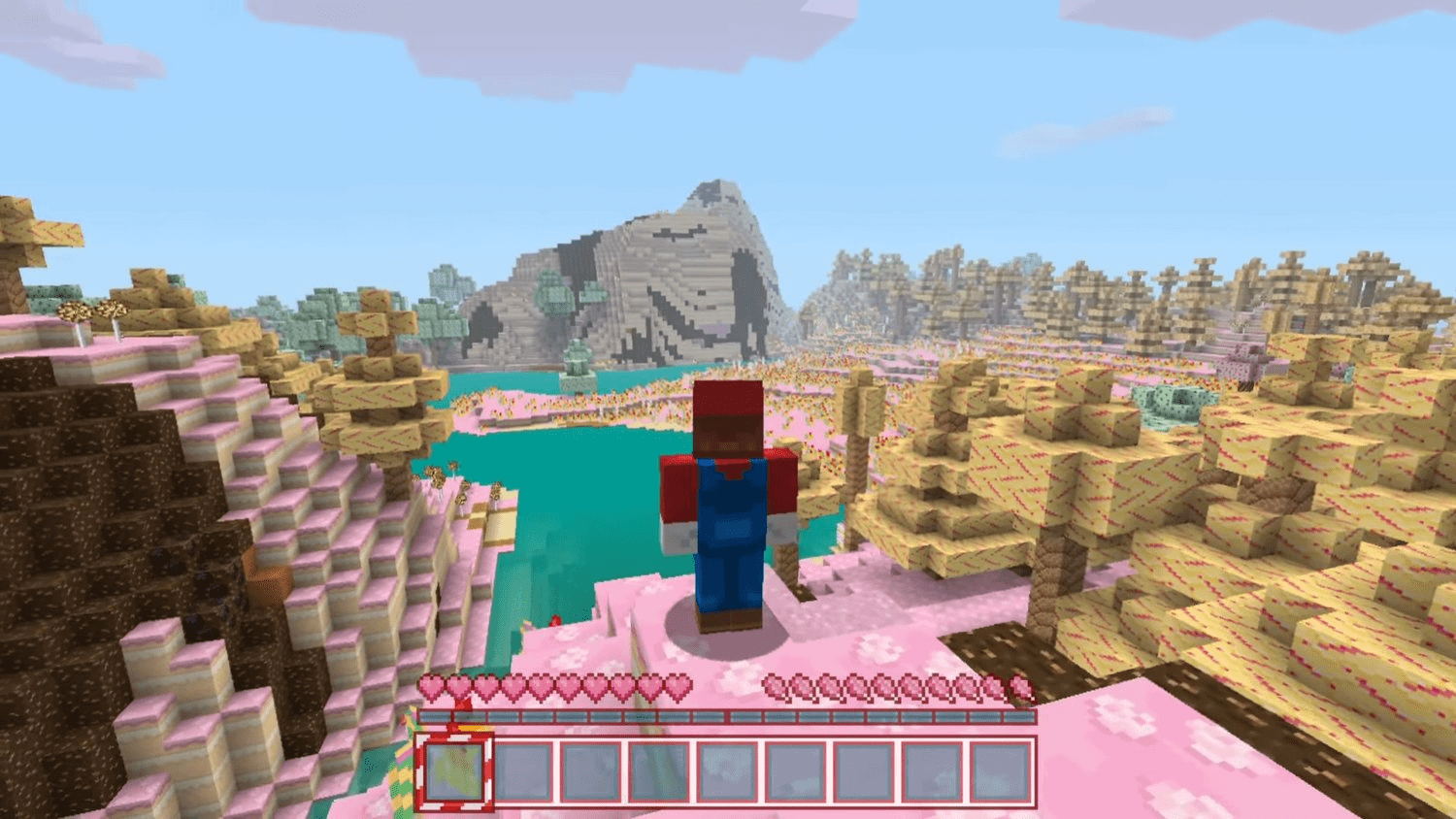 Get fellow bored buddies together and you might just find yourself glued to the screen all day, all night. Device multiplayer* can support up to 4 players, while online multiplayer allows up to 8 players. 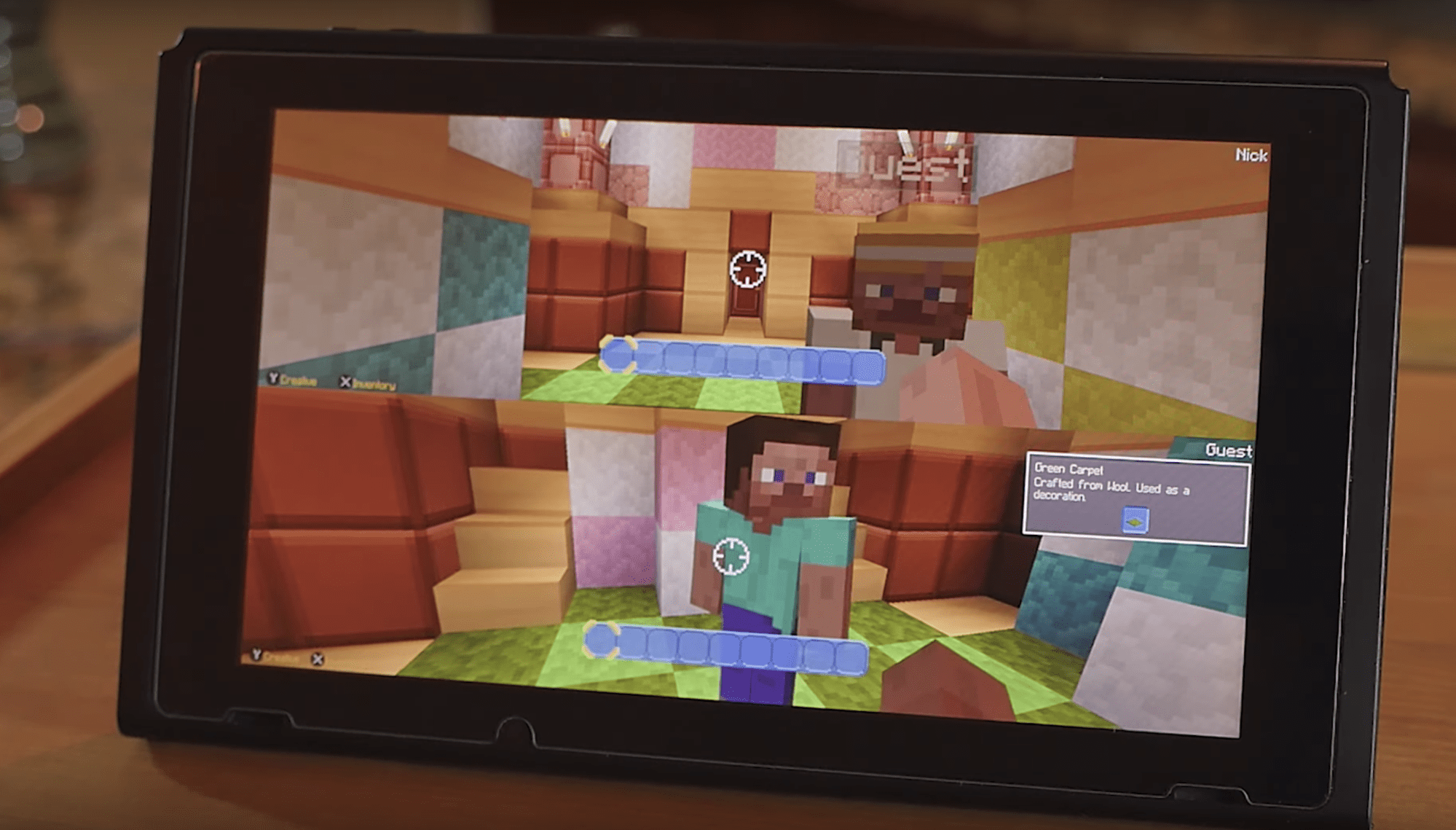 *multiplayer mode with several joy-cons connected to one Switch system 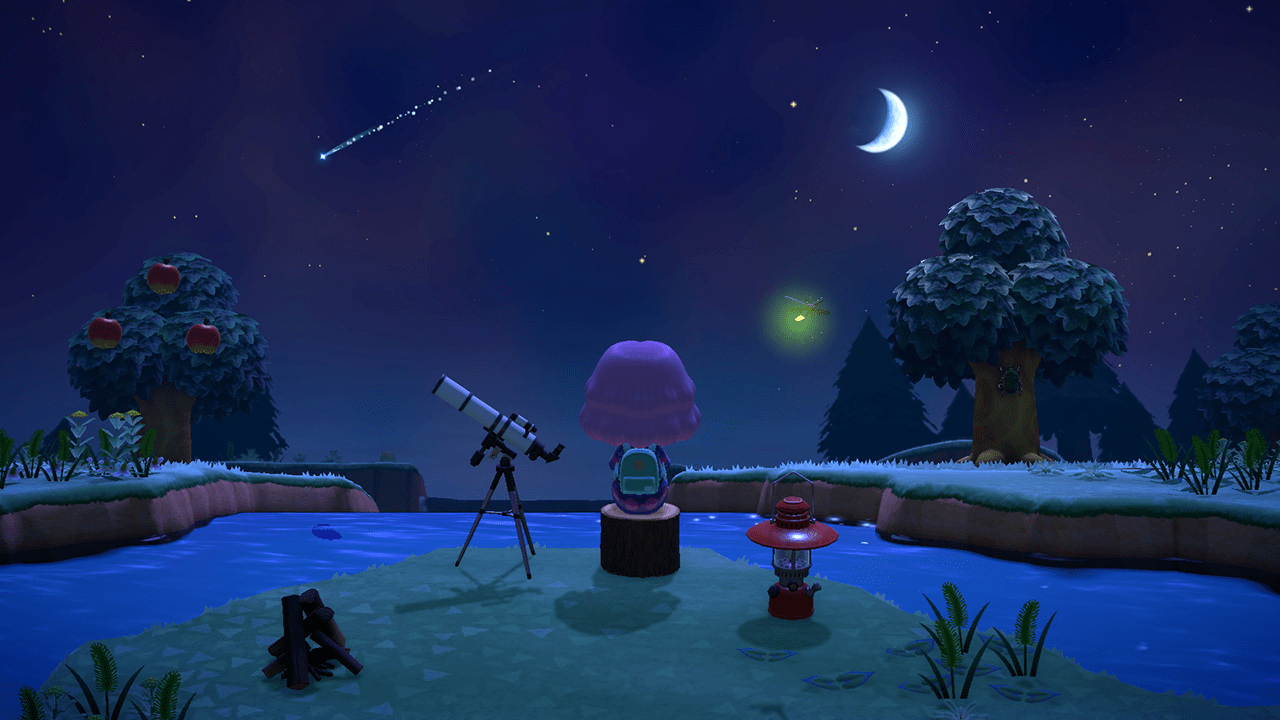 If there’s one game you’ve heard to death about these few weeks, it’s Animal Crossing. All the hype considered, the game is a surprisingly relaxing one. In the words of my Animal Crossing-addicted friend, it is in essence “a low-fi hip hop beat in game form”. 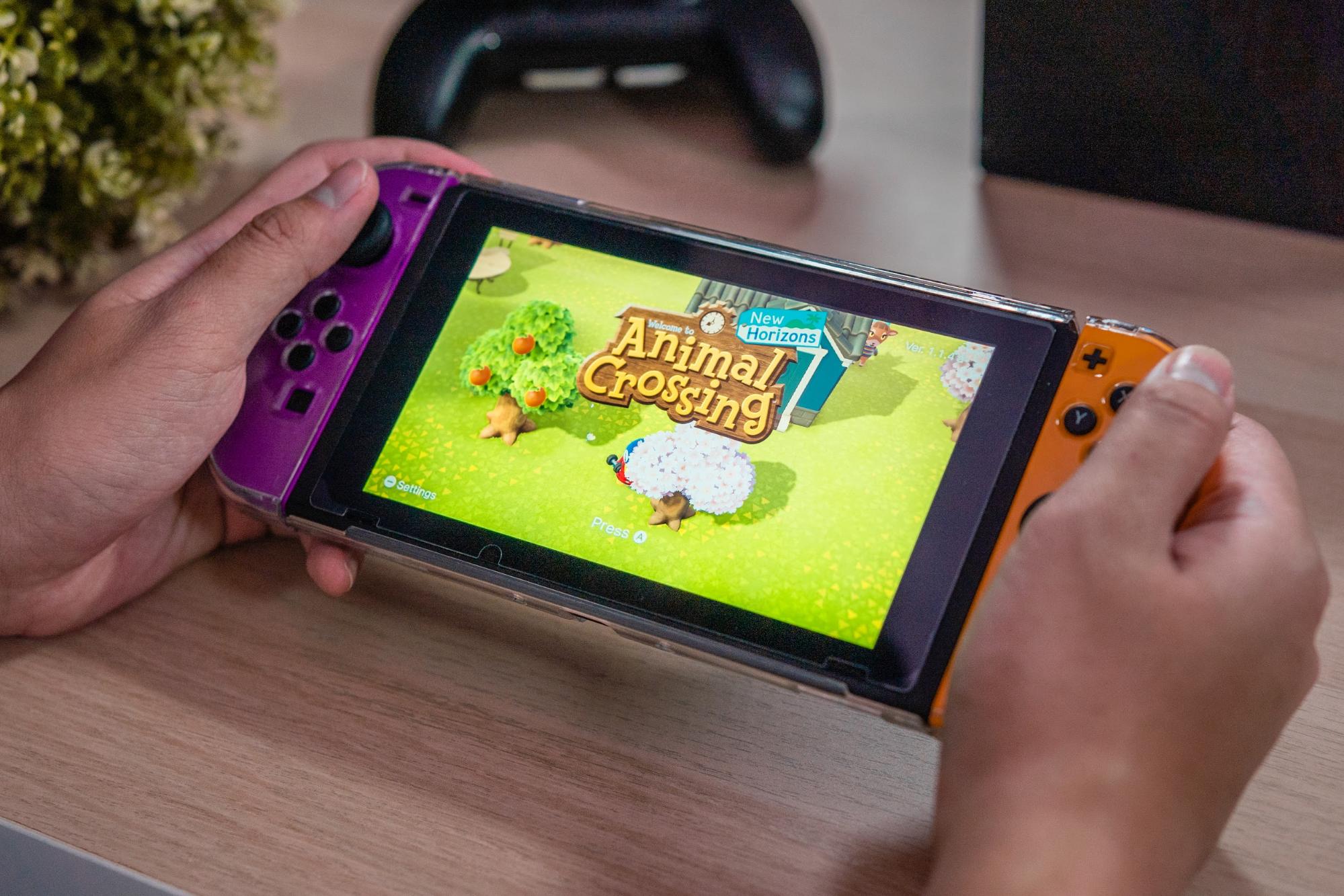 Like a retirement dream-come-true, the game drops you on your own little island, where you can fish, create a garden and hunt for fossils. Despite its adorable appearance, the game is best for adults who are stressed and need respite from hectic work. That being said, kids are bound to love the bubbly characters as well.

Price: ~S$86
Type: Simulation
Max players: 4 for device, 8 for local and online multiplayer
Get it here. 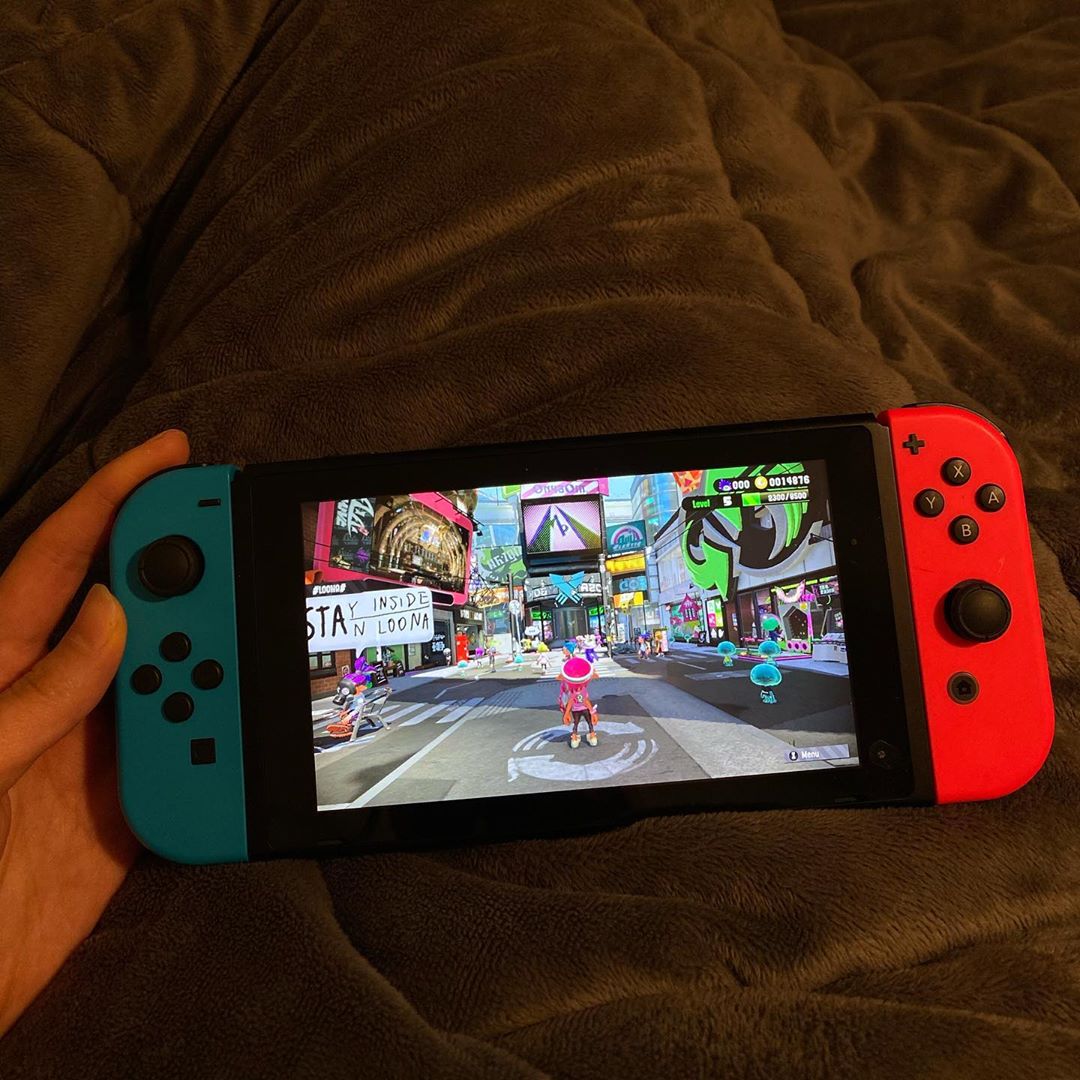 Behind massive hits like Overcooked, Splatoon 2 is another PVP game that’ll have you yelling at your opponents from the edge of your seat. Essentially a paintball battle in digital form, you’ll get all the joy of splattering everything and everyone with paint, sans the bruises you’ll face IRL. 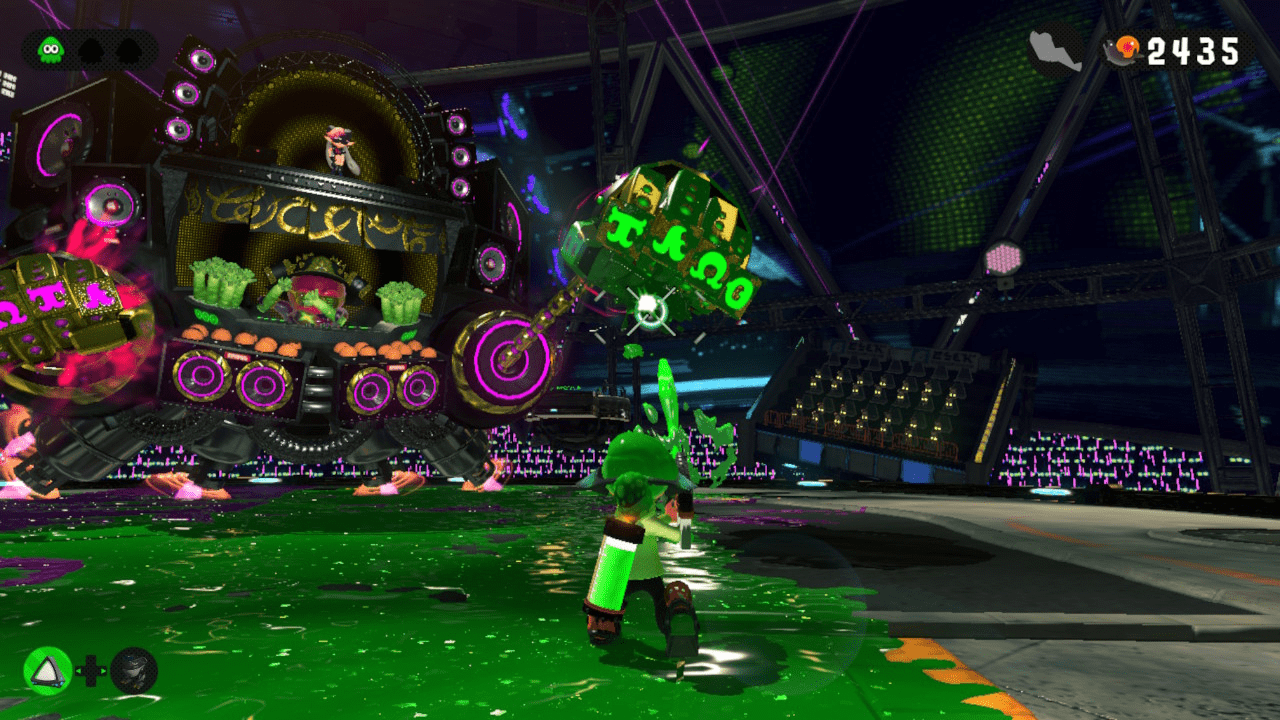 Amp up the competition further by switching on additional features in the game such as a moving battlefield.

Price: ~S$86
Type: Action
Max players: 8 for both local and online multiplayer
Get it here.

7. Snipperclips Plus – co-op game where you have to think outside the box

Puzzle-themed Snipperclips Plus is a wholesome game to spend time with your family or friends. Pushing you to think out of the box, this game is one that’ll pick at your mind, and will likely fit your bill if you love a creative challenge. 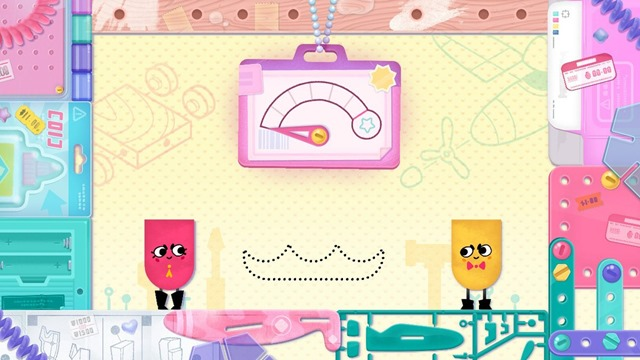 Pick from one of the two modes – co-op or competitor –  where you can work together or play 2V2 in a bid to see which team can complete each round the quickest. All you need to do is work with your partner to reshape your characters to fit into the dotted lines. Don’t be fooled by the instructions though – the puzzles can be pretty tricky as you progress into later stages! 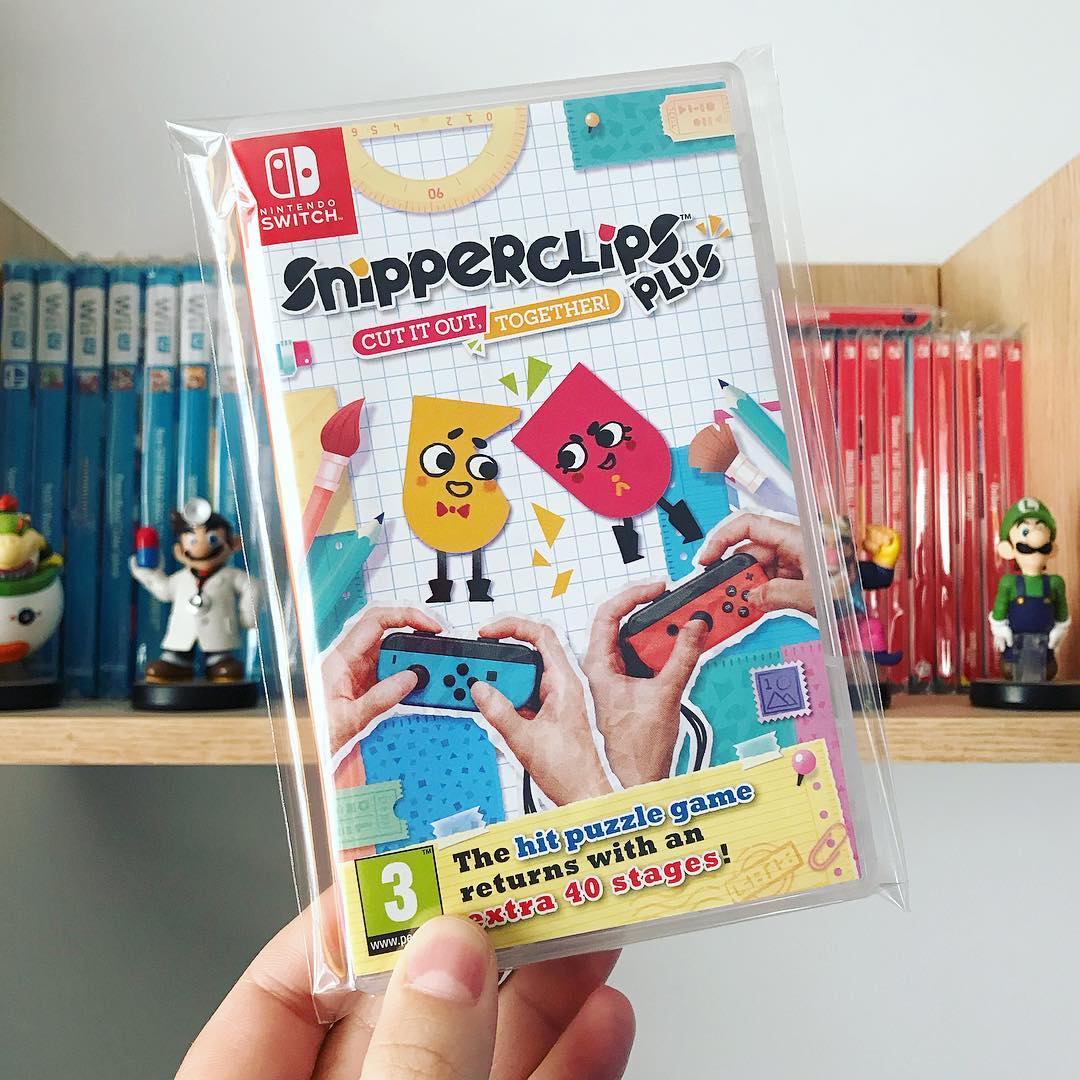 Arms would be the modern-day adaptation of the classic and well-loved Street Fighter. Battle your opponents by shooting at them, not with a weapon, but with your character’s elastic arms. 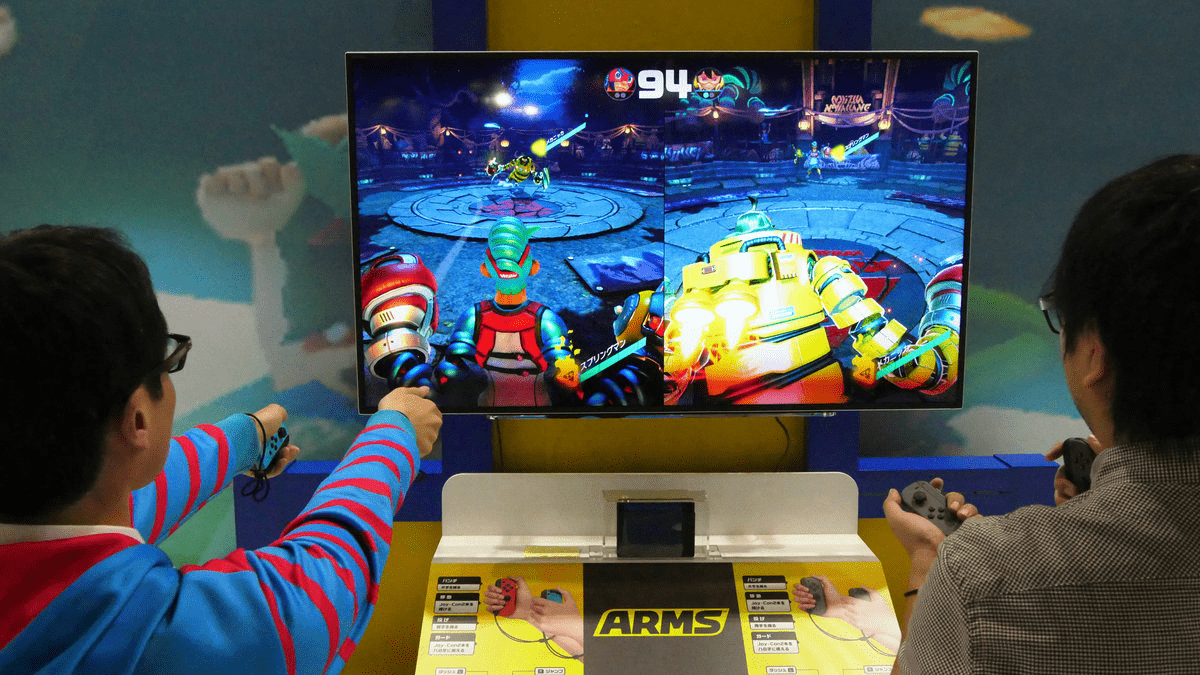 Since hitting buttons and swishing the control around wildly is how you’ll motion your onscreen characters into battle, kids are bound to love it. They’ll also be getting a good little arm workout as you’ll have to physically move their arms in order to play. 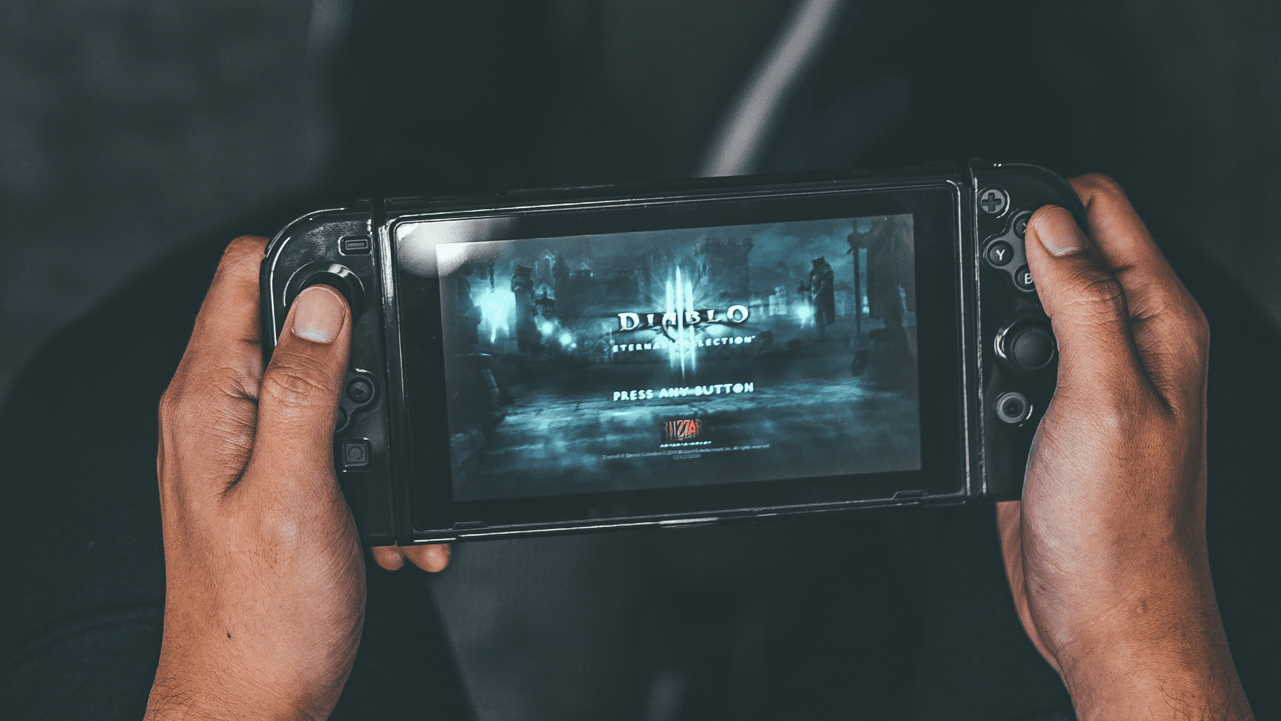 Classic RPG games aren’t just for desktop gaming. Pick up Diablo 3: Eternal Collection on Switch and you’ll be able to have the same fun without the need for an MMORPG-worthy gaming computer. 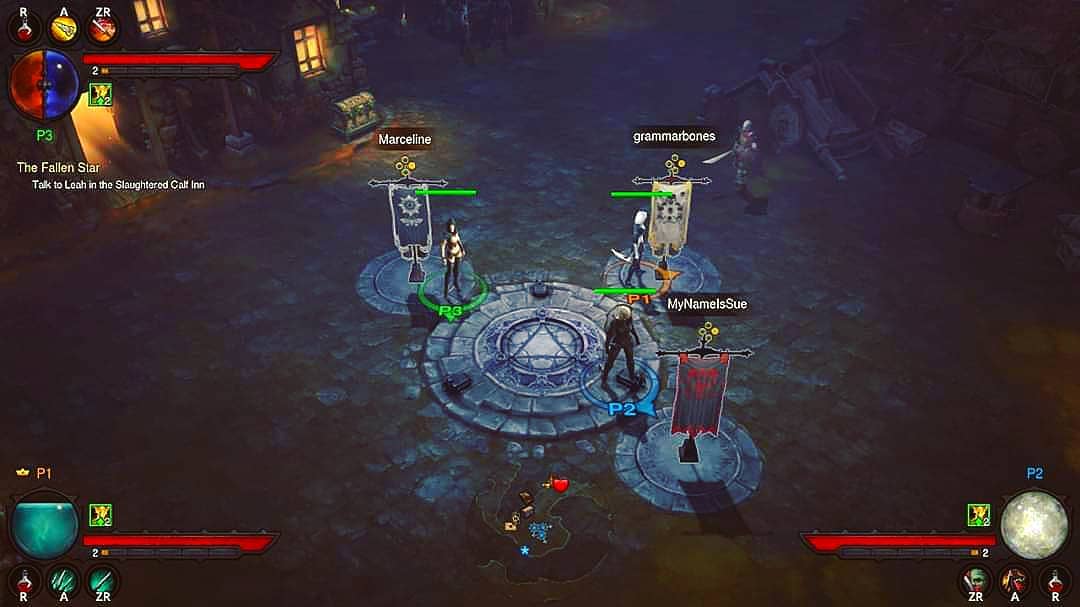 Gather up 4 friends and venture into the demon-filled world. Endless exploration awaits in their Adventure Mode with bounties to collect and walking corpses to slay. We’re no stranger to Mario Kart, but the iconic game has a virtual board game variation that you might‘ve heard of as well: Super Mario Party. Complete with more than 80 mini-challenges like baseball and rhythmic river rafting, this is bound to be something the whole family can play for hours. 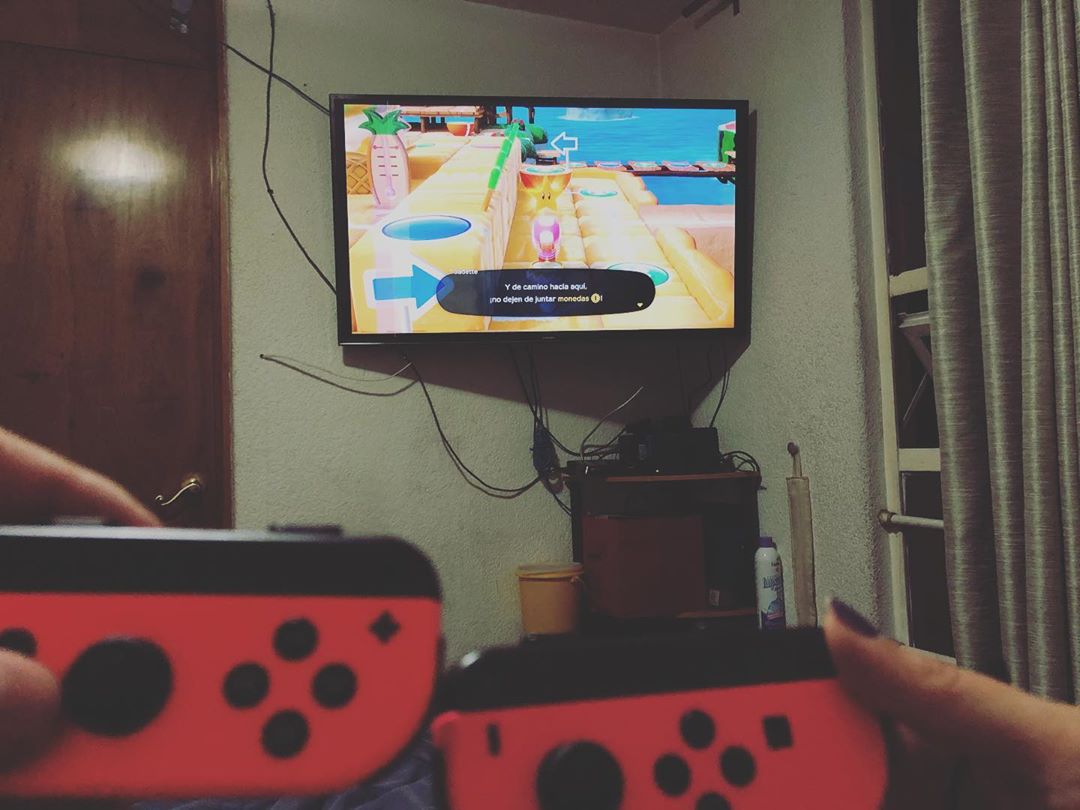 11. Just Dance – for those who miss grooving at the clubs

Missing days at the clubs? No problemo. Just Dance 2020 allows you to still groove to beats. Albeit in a PG13 way, you’ll still be able to have a blast with your friends with their multiplayer feature. 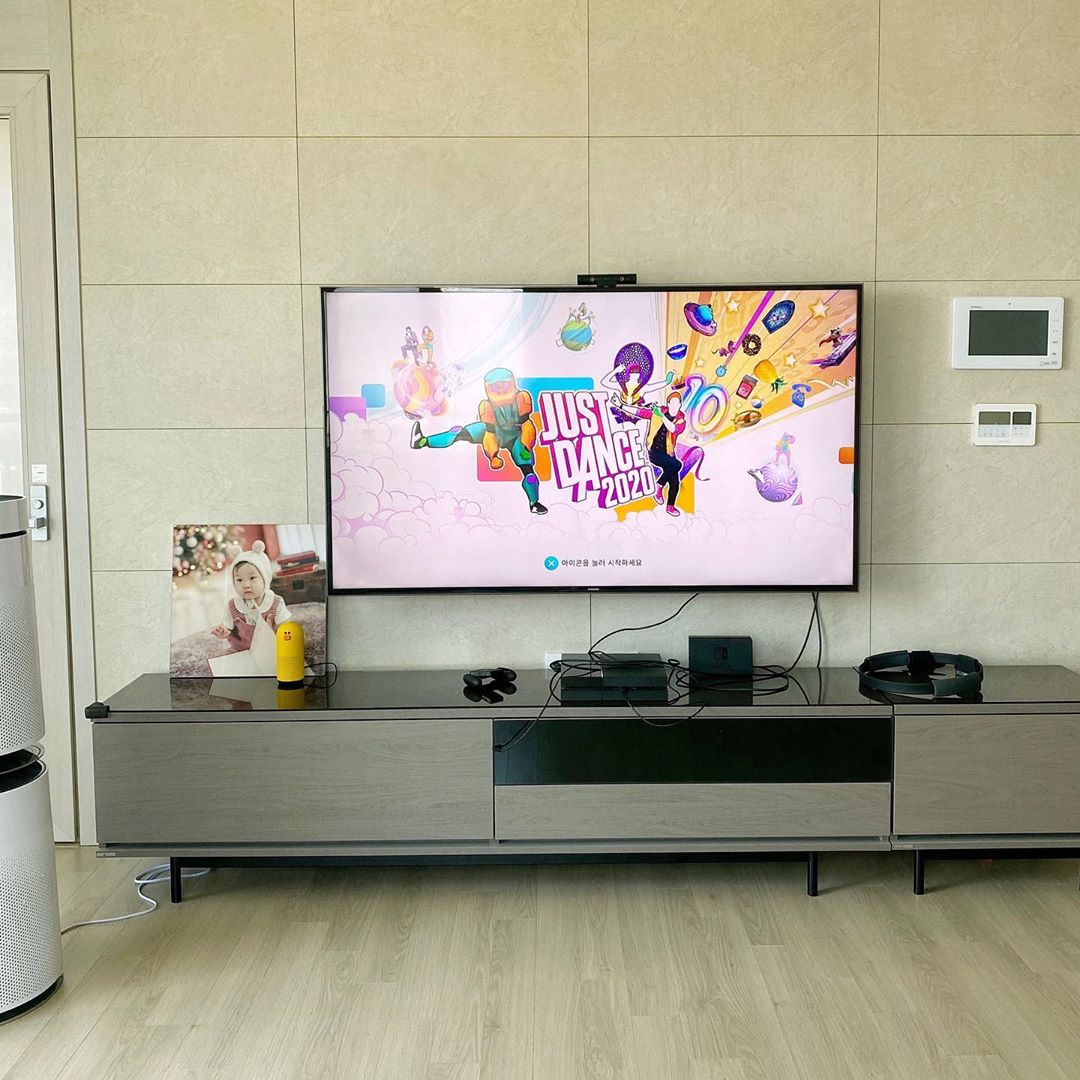 Rack up as many points as you can with your virtual dance crew by nailing the dance moves shown on screen to beat high scores. There’s no need to worry about having to buy extra equipment as well as all you need is your usual joy-con. If you’re short on those, you use your phone instead by linking it via their app. 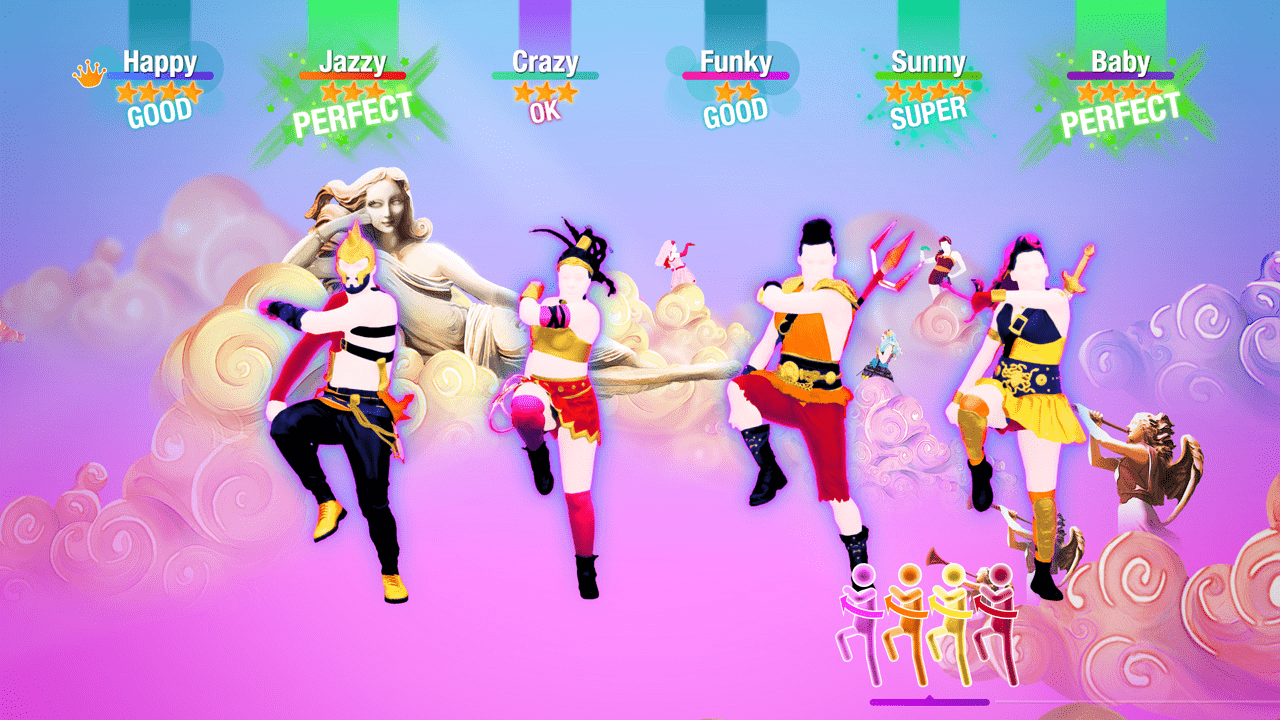 Things to do at home in Singapore – multiplayer Nintendo Switch games Staying home doesn’t mean staring at your four walls, waiting for time to pass. If you’ve already got a the device on hand, these are some of the many multiplayer Nintendo Switch games you can unlock, for bonding sessions while maintaining proper social distance.

For more things to do at home, check out: 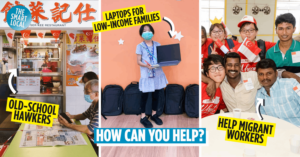 4 Hardest Hit Communities Affected By Covid-19 In Singapore, & How You Can Help Them Out
23 Things To Do In West Singapore - $0.80 Waterpark, Colonial Bar & Abandoned Rail...