It was the best of times, it was the worst of times. Many of us would describe our school days as such, and the alumni of Upper Thomson Secondary School would definitely agree.

Founded in 1965, the same year Singapore gained its independence, the now-abandoned school saw a slew of students enrol and graduate during its run. It even underwent a major transformation into a centralised institute, before it was shut down in 1997 due to a lack of students. This once-proud institution is now a ghost of its former self, full of fond memories of the past.

Other abandoned places in SG:

Founded in the year of independence

Upper Thomson Secondary School (UTSS) started on a small hill along Upper Thomson Road. Back then, the first batch of students was split into Chinese and English streams. 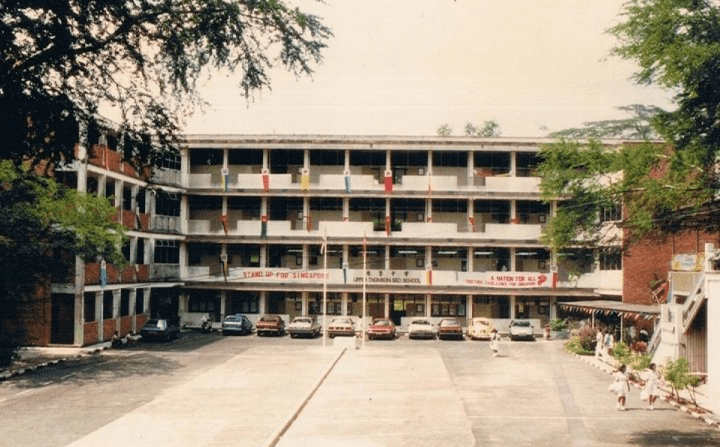 While the school didn’t look like anything special from the outside, it boasted some impressive facilities for its time. There was a science laboratory block, a basketball court, an artificial pond, and even a gymnasium where students could take up Judo classes. 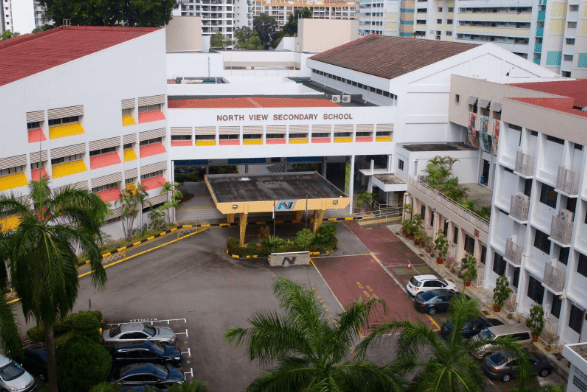 This didn’t spell the end for the campus grounds, because it was shortly converted into one of Singapore’s six centralised institutes that offered a 3-year pre-university course. A fresh coat of paint later and Seletar Institute was established in 1988.

Just like the previous school whose grounds it now stood on, Seletar Institute had humble beginnings. The pioneer batch consisted of just 17 staff and 186 students. During its first three months, students would spend their time outside of class trimming the grass and painting the building walls as part of the efforts to refurbish the school. 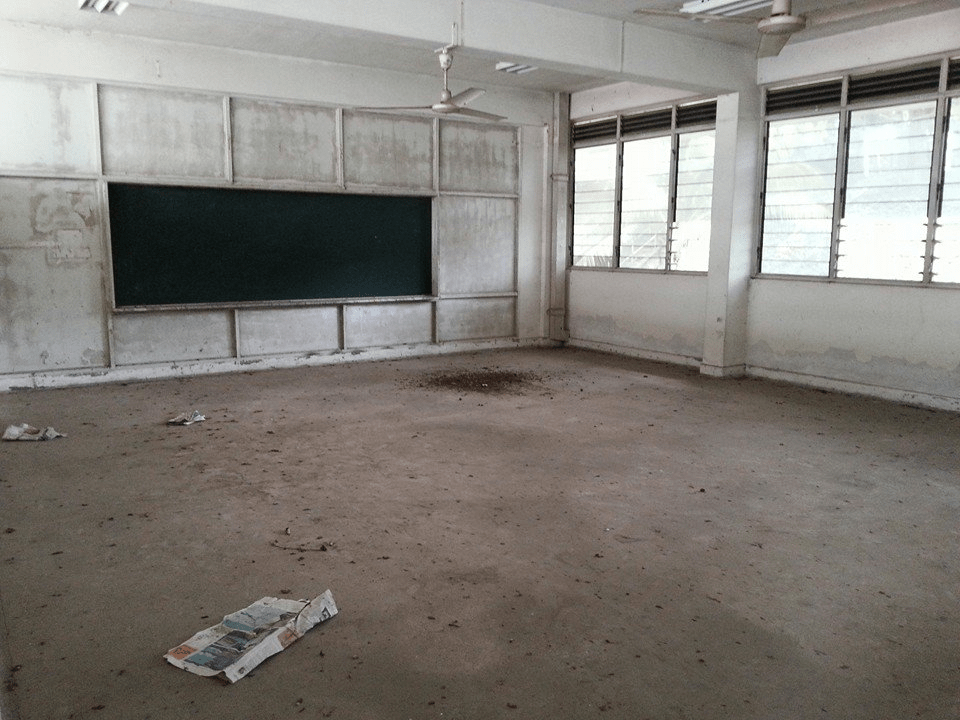 Unlike the modern luxuries we have now, the students back then had to improvise a lot for their learning. Projector screens in the lecture halls were just large pieces of white cloth held up by strings. Students would also have to suffer through lessons without air conditioning – a stark contrast to the A/C-equipped classrooms we’re familiar with today.

Conditions did improve as the years went on, with the school receiving numerous upgrades. From fitness studios to weight rooms and even a staff lounge, the extensive renovations were funded by MOE to help improve the quality of the students’ lives. And yes, they finally installed air conditioning in 1993. 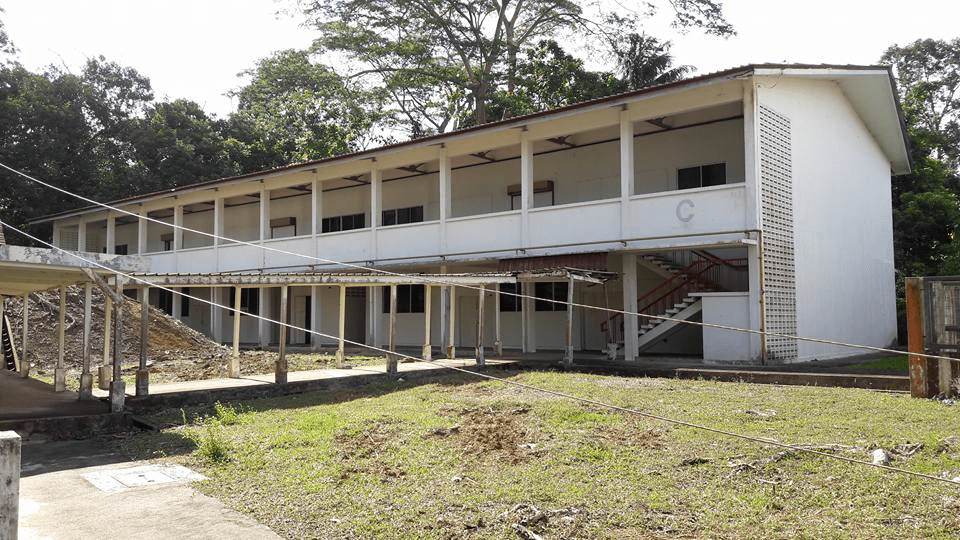 These empty grounds were once filled with the laughter of students in the hallway
Image credit: Zaini Hashim

But these comforts didn’t last long – in 1997, the school officially closed due to the lack of student enrolment. That marked the end of history for the little school on the hill along Upper Thomson Road, where it remains abandoned until today.

Because of its location in Upper Thomson, a place notorious for haunted roads and hair-raising cases such as the discovery of skeletal remains, many would assume that an old, abandoned site like this would be cursed as well.

But this isn’t the case for Seletar Institute. There is scant information about hauntings, and a delve into old message boards and Facebook groups paints a different picture. 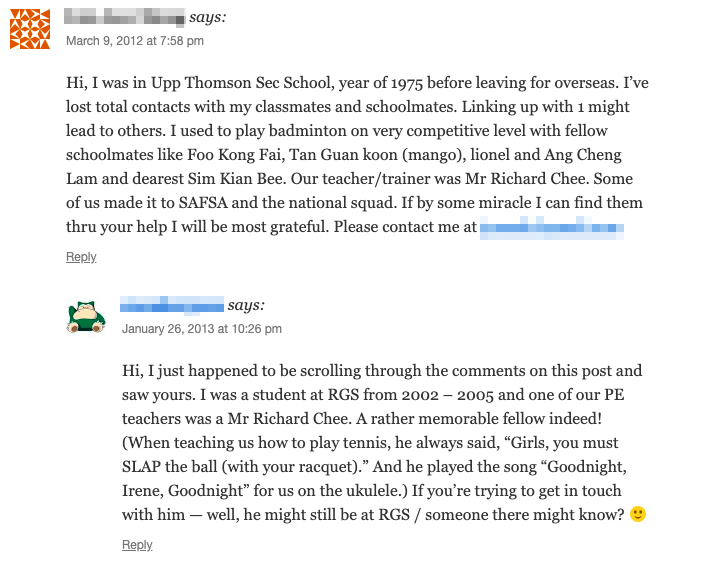 What you’ll discover instead is the heartwarming sentiment of past students from UTSS and Seletar Institute looking to reconnect with their ex-classmates and mentors. Many expressed fond memories of their school days, from the mischief caused to the friendships forged. 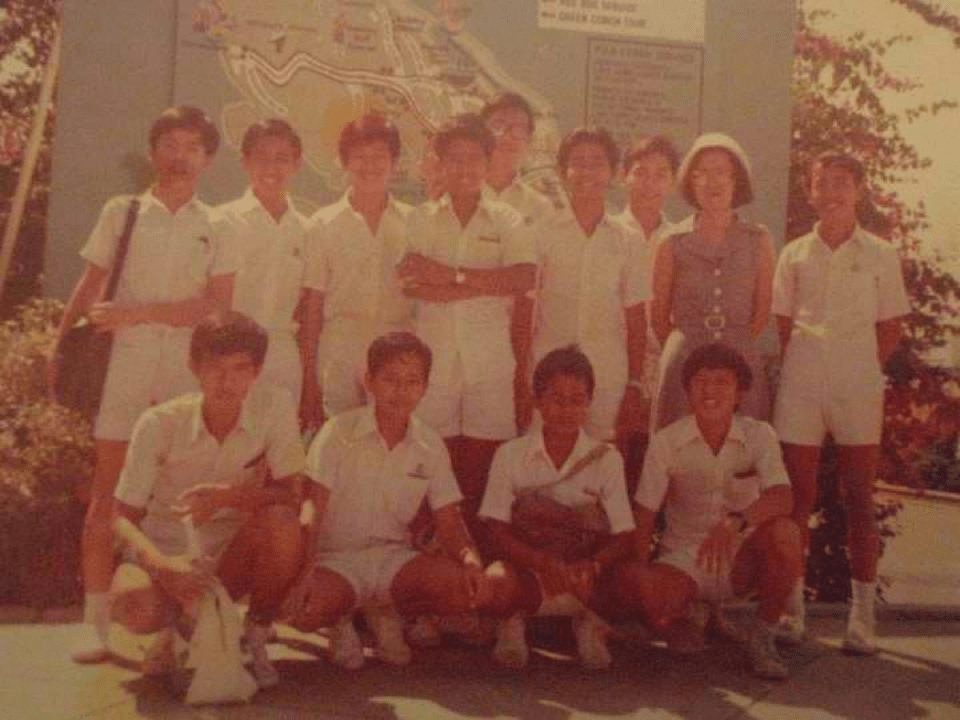 A student from the class of 1978 recalls a class outing to Sentosa
Image credit: Adi Yasin

While most of us would be more familiar with spending recesses talking about the newest video games or typing away at our laptops to get assignments done, it was a much simpler time back then. A blog post by one UTSS alumnus recounted how he would purchase food and drinks from the tuck shop during recess and walk around trying to spot the fancy cars in the car park.

With the school having had such a small, tight-knit cohort, everyone was a friend of a friend. That kampung spirit is something many ex-students are still looking to reconnect with even to this day.

A trip down memory lane at Upper Thomson Secondary School 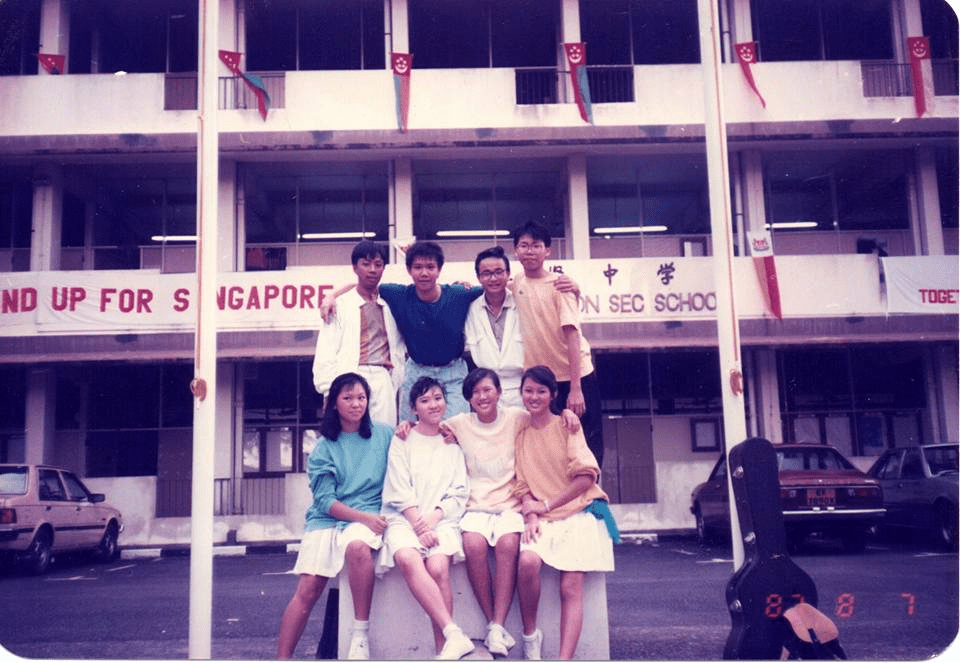 If given the chance to relive our school days, some of us would decline immediately as memories of stressful exams and supplementary lessons still haunt us. However, reading recollections of previous students is a good reminder that bad memories aside, our schools were where we’ve had some of the best moments of our lives.

Looking at how things have changed for Upper Thomson Secondary School and Seletar Institute, we can’t help but wonder how schools today would change in, say, 50 years. From touchscreen textbooks to holographic Zoom classes, there’s no predicting what to expect in the future.

For a hit of nostalgia, check out: 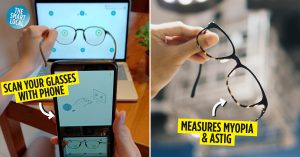 You Can Find Out Your Spectacle Degree For Free With This New App, No Need IRL Optician
These 4 Beauty Hacks Will Help Slow Down Ageing The Most, Other Than Faking Your... 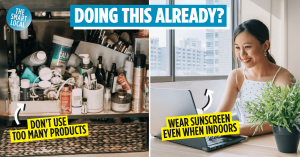