Bring up the likes of Mamee Noodles, Haw Flakes, and ice gem biscuits, and we’ll instantly be transported back to when we were kids. We all have memories of sharing these old-school snacks with our friends during recess time, and saving up whatever little pocket money we had to purchase them from the school canteen or nearby mama shops.

Take a trip down memory lane with these childhood old-school snacks that we Singaporeans all know and grew up with: 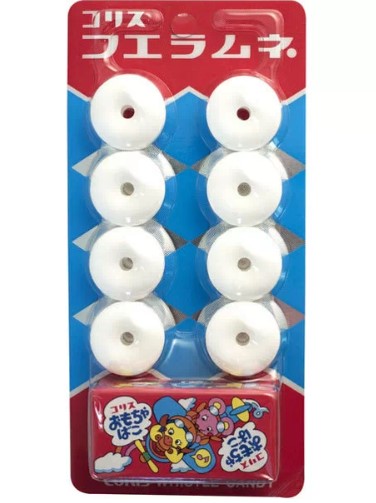 If your attempts to whistle just end up puffs of air then the Whistle Candy might be of help. This was a teacher’s greatest enemy as any student eating it was bound to disrupt the flow of the class. 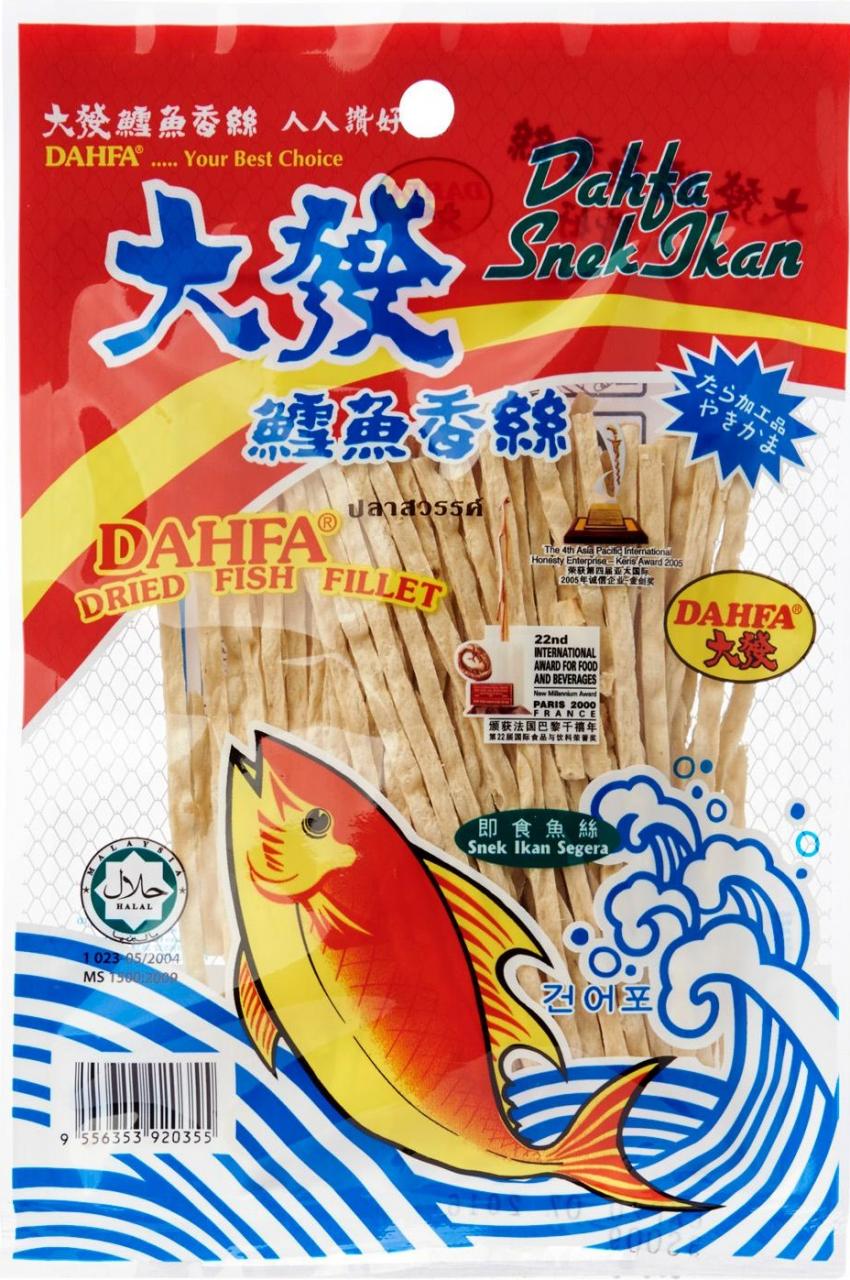 Dahfa Dried Fish Fillet might have a strong smell, but it’s only got a mild cuttlefish flavour. Although the strips are hard to bite, they’re very addictive with their unique texture and slightly salty taste. 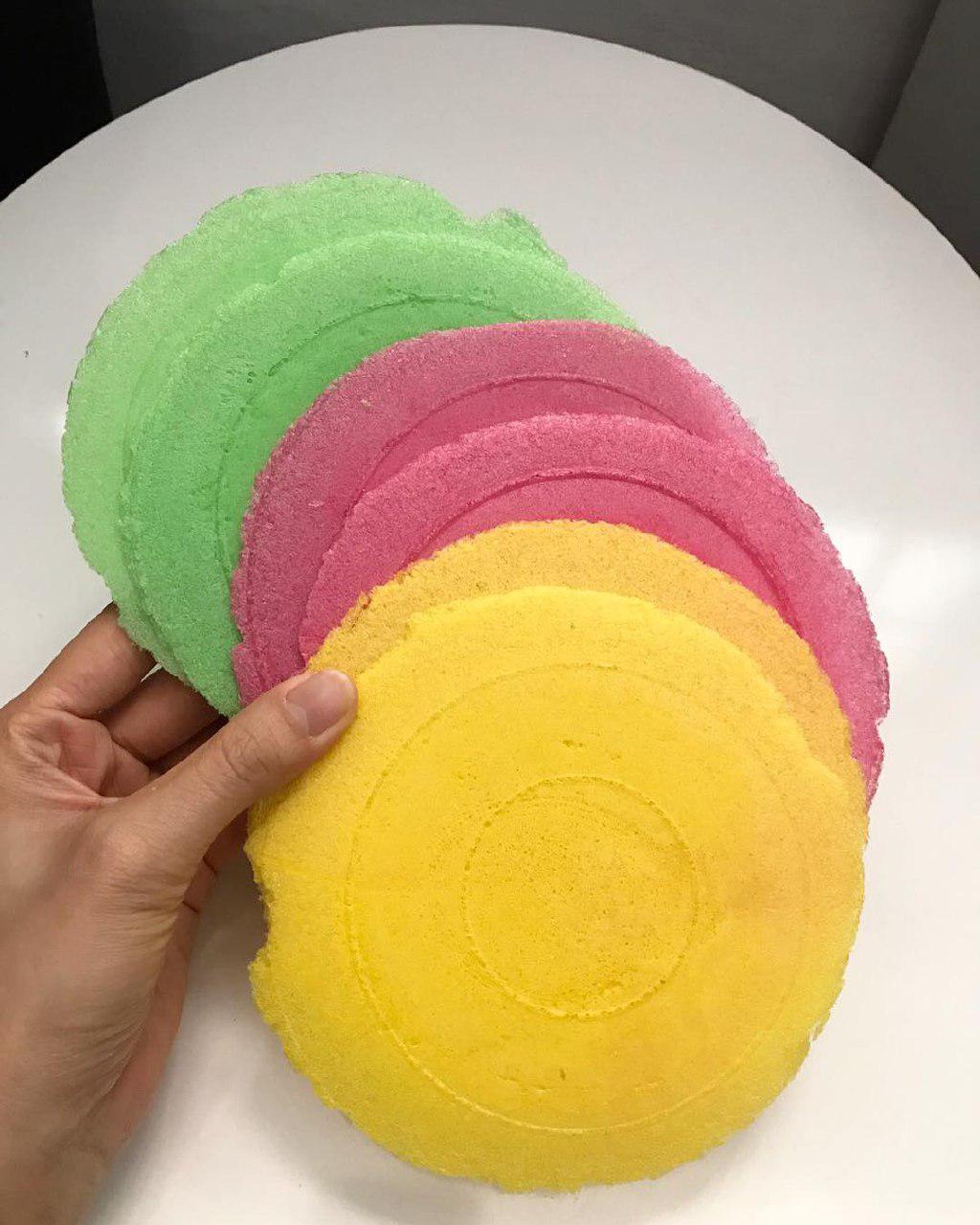 Red, yellow, and green are the colours of traffic lights, but they are also the colour of Biscuit Piring wafers. These flat, paper-thin treats are usually sold in neighbourhood bakeries. 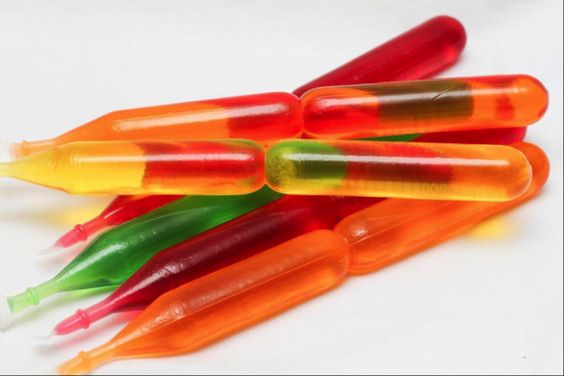 We’re always looking for ways to keep cool in Singapore’s hot weather and back in the day, Ice Pops were the way to go. These refreshers are filled with different flavours of syrup and frozen. Ending a day of play with friends with these popsicles was simply shiok. 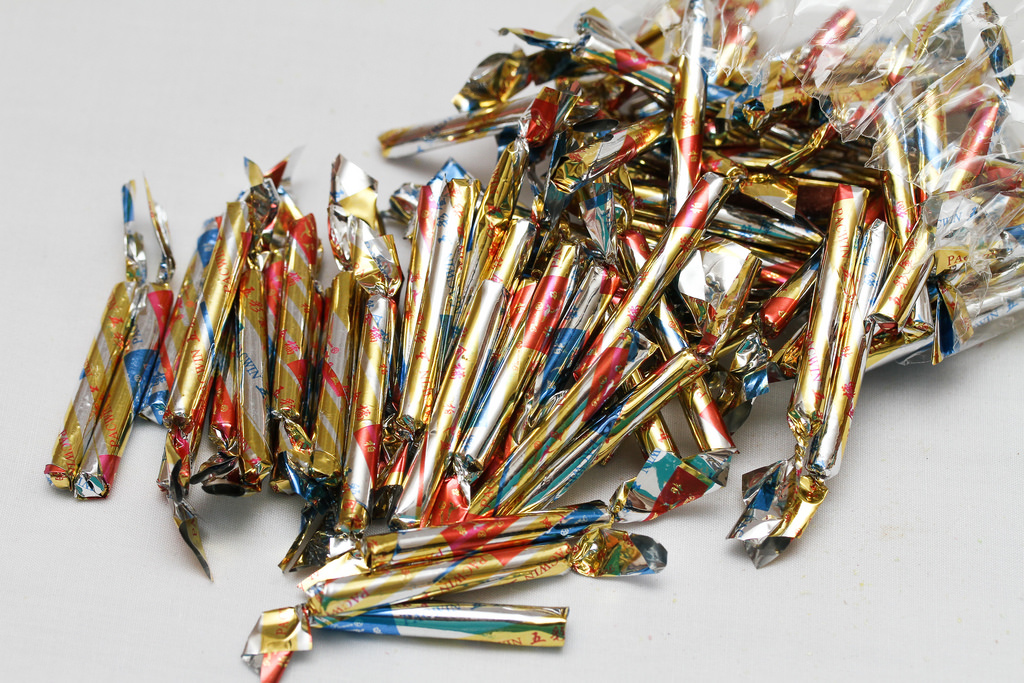 Kumquat candy sticks can truly be described as an acquired taste. The first burst of sourness might take some time getting used to but the sweetness that comes after makes up for everything. 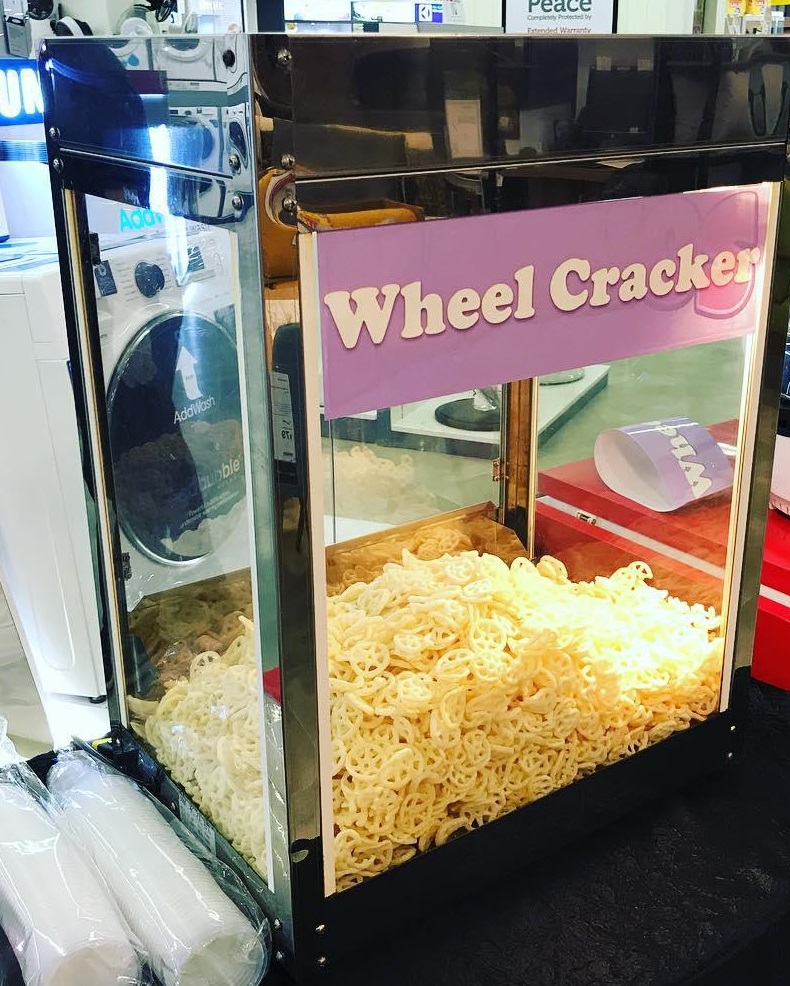 Wheel crackers are one of the must-have snacks at every pasar malam. Typically contained in see-through glass containers,  these crackers are crispy and great for snacking on in between games of darts or ring toss. Thankfully they have fewer calories than a bag of potato chips, making them good Netflix-and-chill snacks which you don’t have to feel guilty munching on. 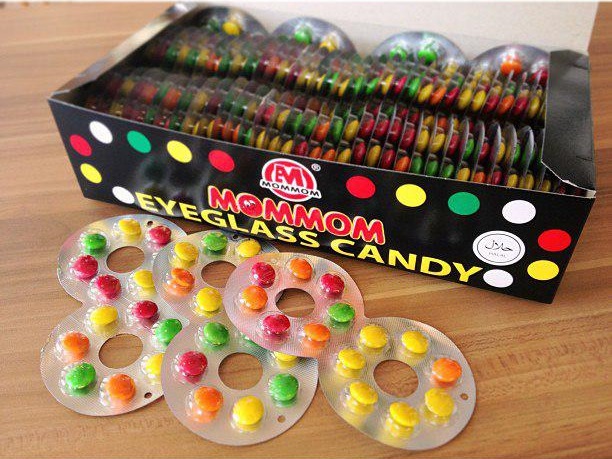 MomMom Eyeglass Candy is the grandfather of M&Ms and Smarties. The eyeglass packaging just made it doubly fun to eat them because we could place them over our eyes and pretend to be Batman. 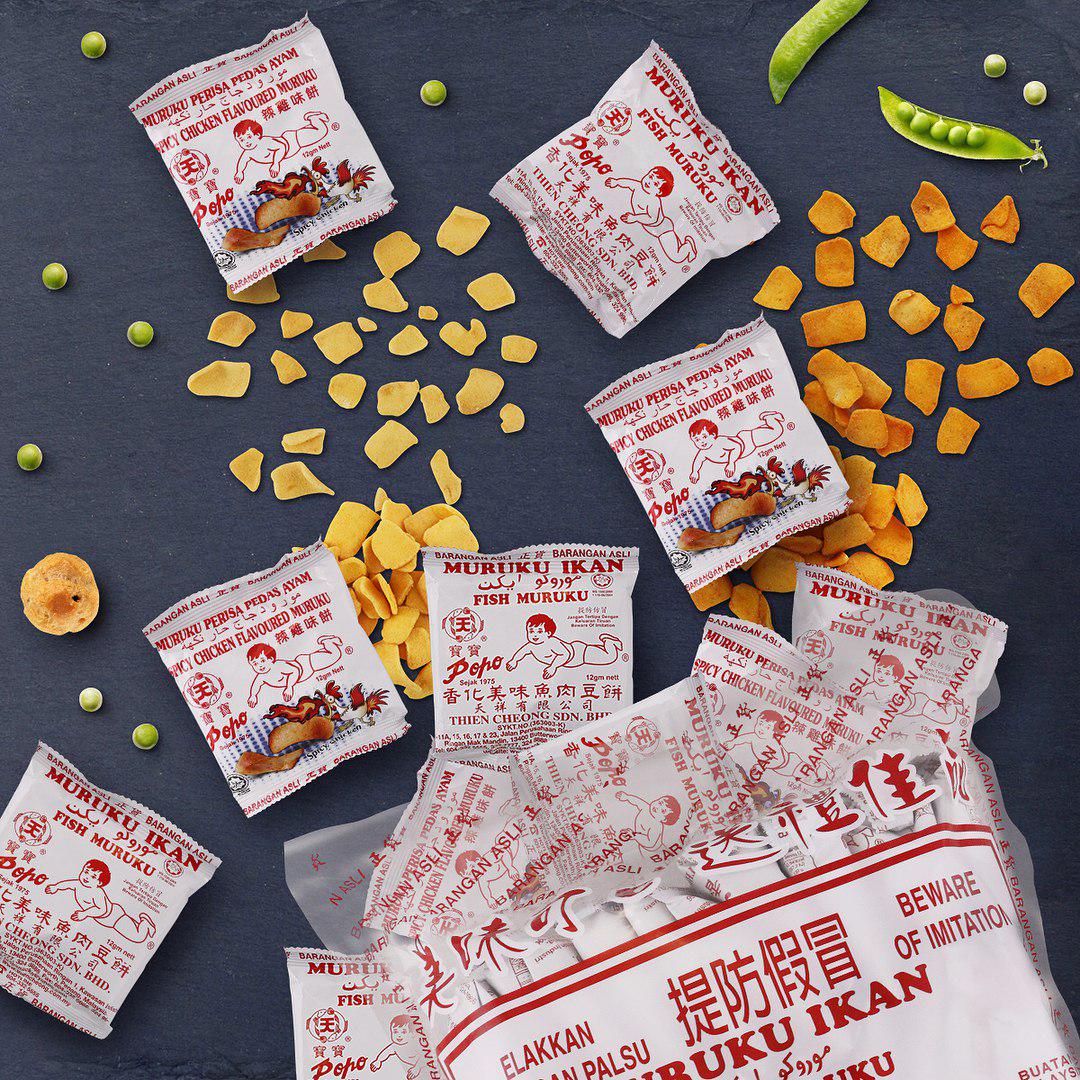 Muruku Ikan is a fish cracker that has a subtle fishy taste. They are hard but pack a satisfying crunch, hence making easily addictive. You might’ve also come across the chicken flavour where the crackers are covered with a sweet glaze. 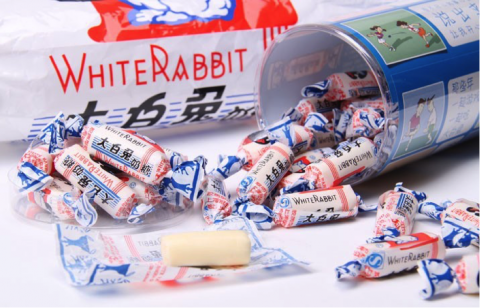 White Rabbit’s chewy milky candy were real happy pills, not forgetting the edible rice paper that the sweet is wrapped in. Besides their most well-known milk flavour, they’ve since also created other flavours like coconut, lychee and matcha. 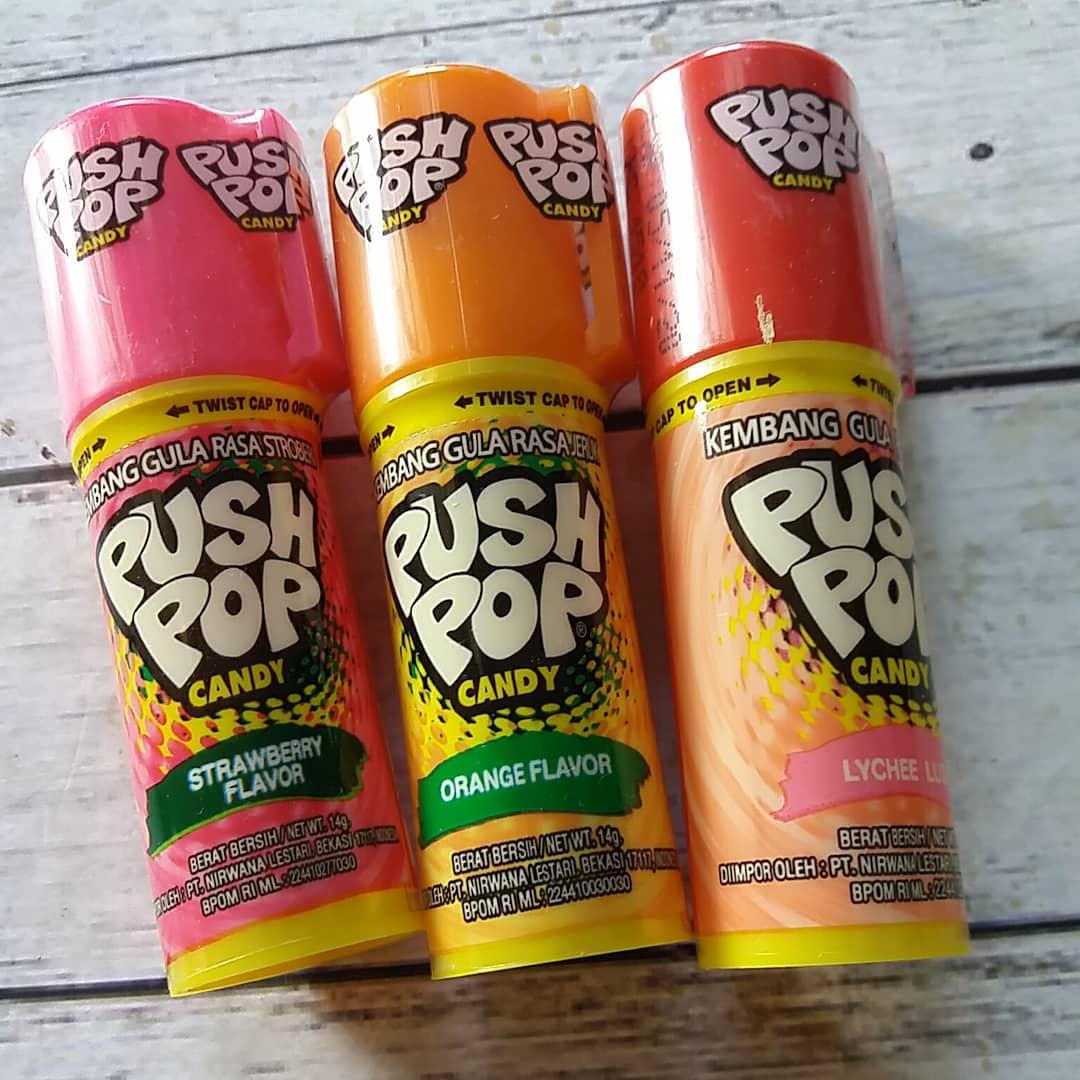 Push Pop Candy’s lipstick-like design came in handy by letting us store our candy for later if we couldn’t finish it at one go. Although they would sometimes melt and become a big sticky mess, this messy ordeal was really part of the fun of eating it. 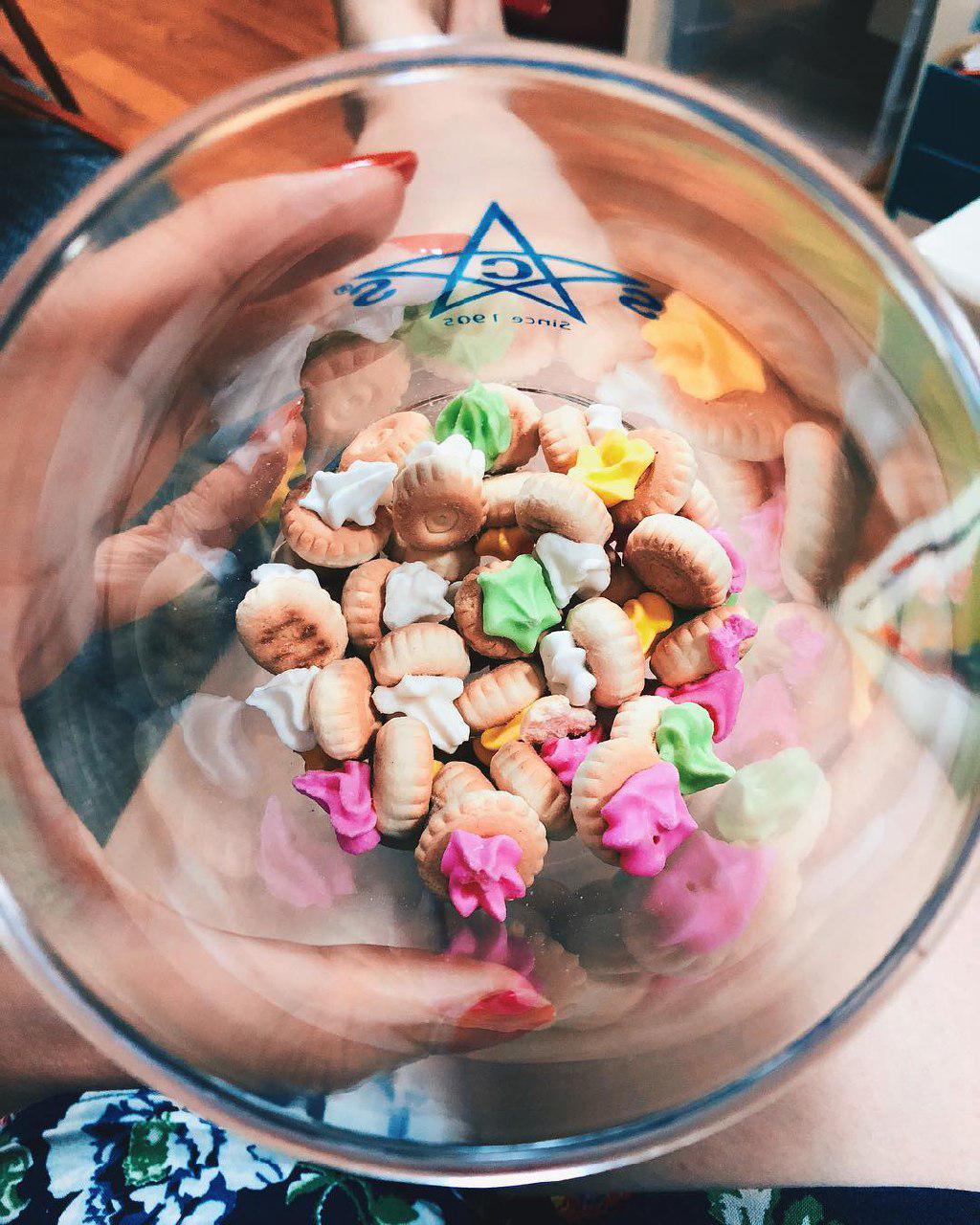 As tiny biscuits with a blob of hardened icing on them, ice gem biscuits might not look like much were an iconic part of our childhoods. Especially when they sparked the dispute of whether the icing or the biscuit portion should be eaten first. 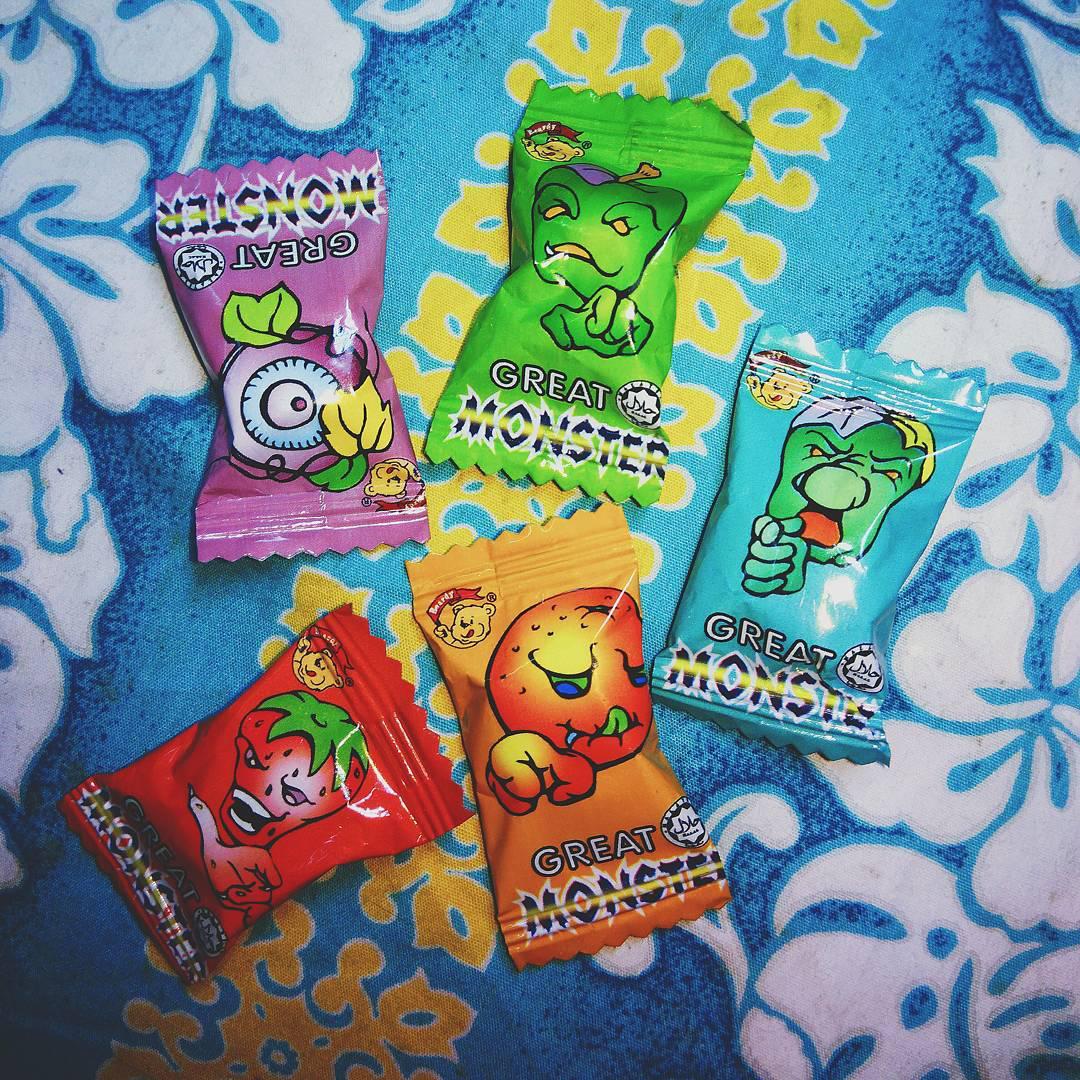 Sneaking a sweet or two in class was a grave crime many of us committed back in primary school. But as much as our fake-cough-and-pop-in-your-mouth trick worked with most sweets, it sure didn’t with Monster Sweets. These are fruit-flavoured, and come with a strong dyeing effect on our tongues and lips which was what got us busted each time. 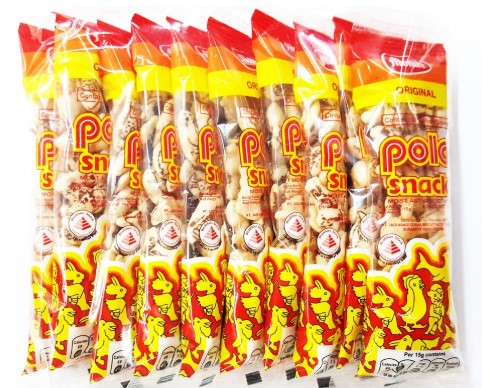 With a hollow centre, Pola Snacks animal crackers are extra crispy and coated with a salty seasoning. Get past that, and the sweetness of the biscuit will come through. Its sweet and salty flavour combo and addictive crunch is why it ranks high on our list of childhood snacks. 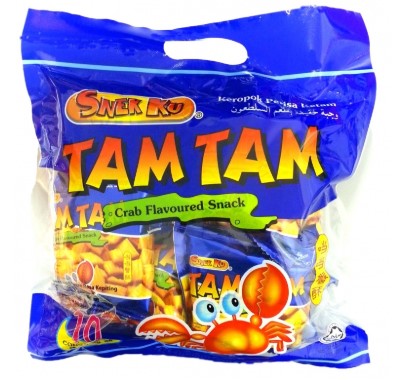 Snek Ku’s Tam Tam crab-flavoured snacks come in mini packets – great for kids who have no notion of what it means to have portion control when it comes to snacking. 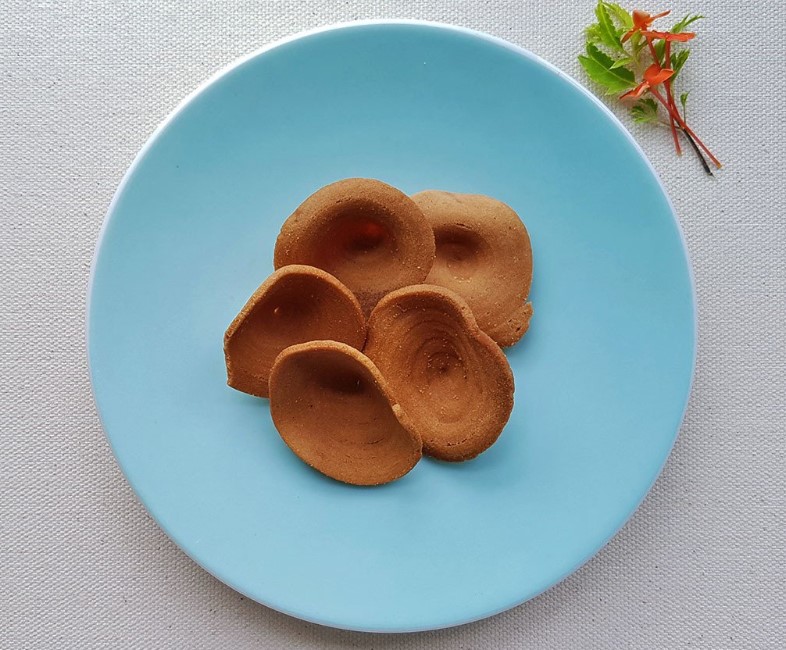 Pig ear biscuits can be difficult to bite through because of how hard they are but the crunch makes up for it. These delicious traditional crackers even our parents used to eat have an eggy fragrance and taste. 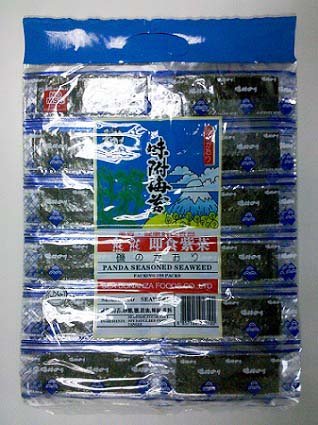 Among all the snacks we consumed as kids, this might be the healthiest one yet. Packaged in bulk, Panda Seasoned Seaweedwas real value for money – they used to cost only $0.10 per individual packet at most school canteens, and each one contained multiple strips of seaweed.

Apollo’s thin wafer biscuits with chocolate filling one of those cheap thrills in school. Nothing fancy, but they sure did the trick of satisfying us during recess time. 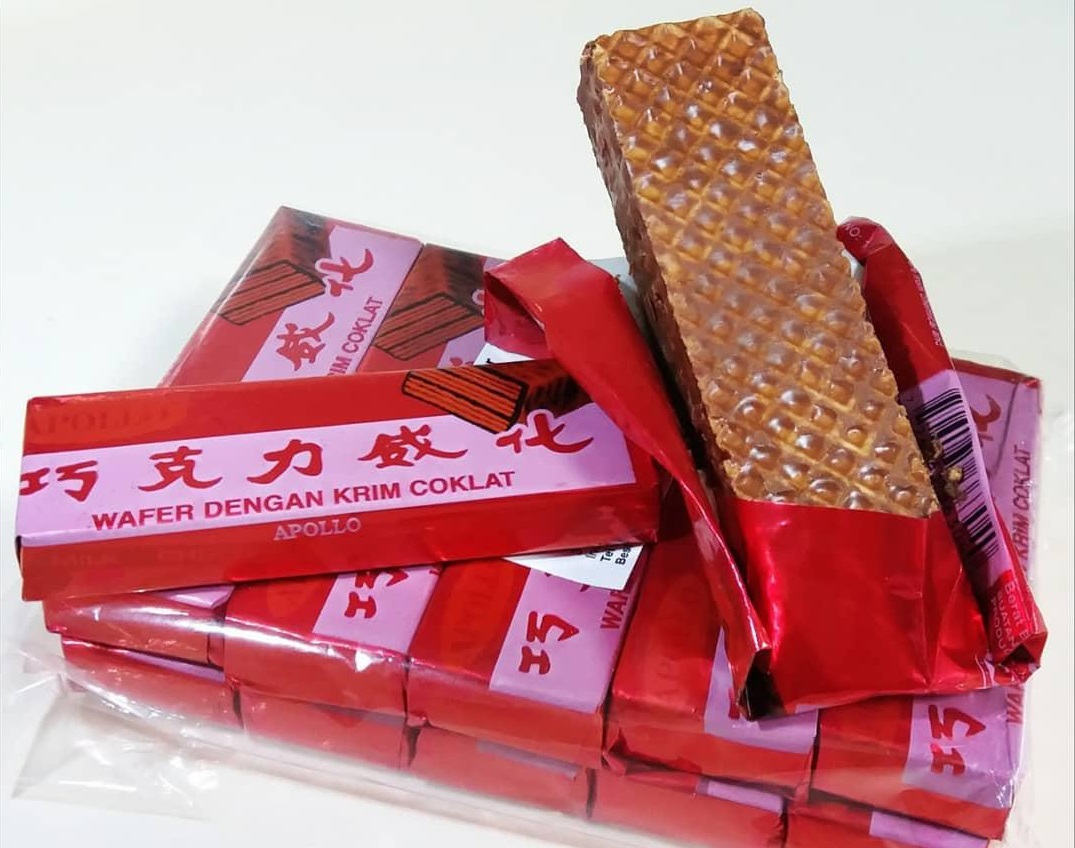 There’s also a wafer block version with a thin coat of chocolate on the outside. Either one of the two snacks always found their way into our Children\’s Day goodie bags. 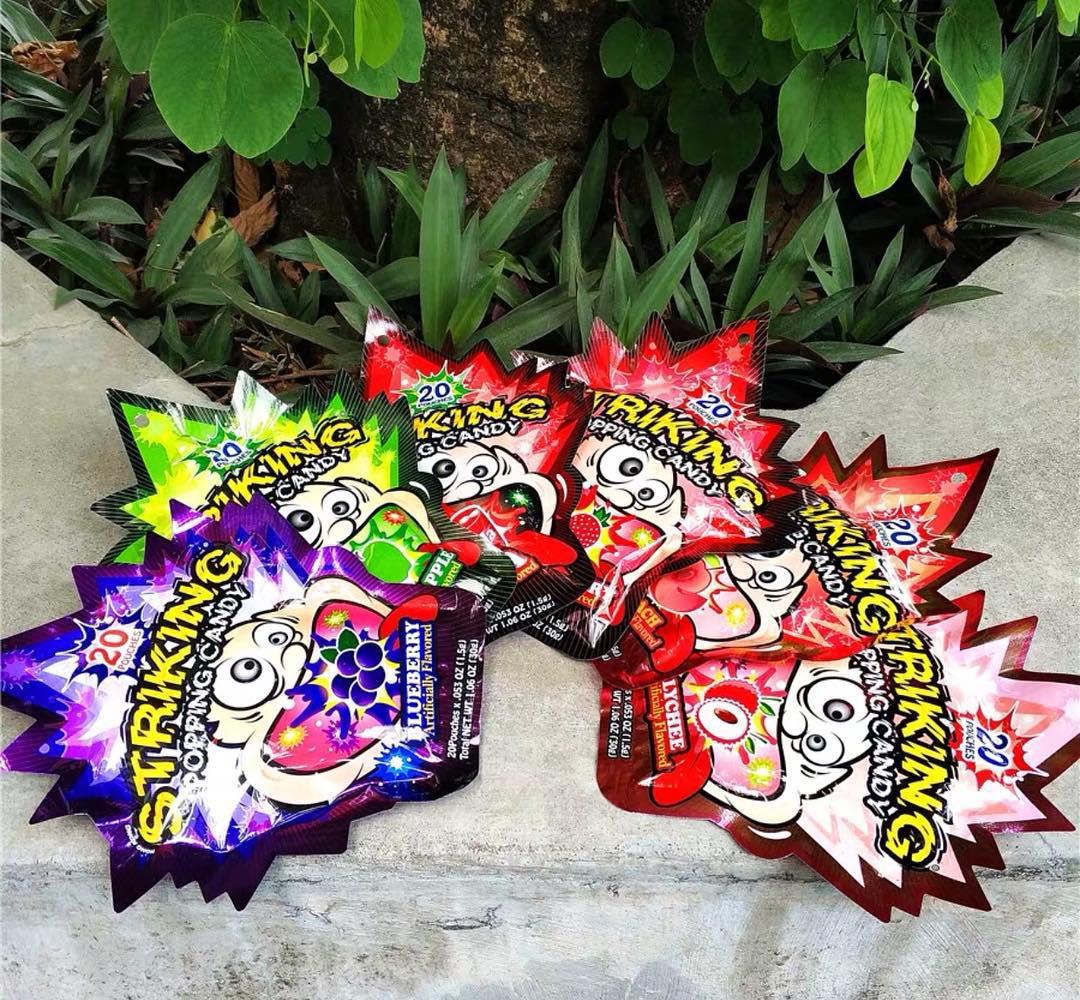 Popping candy is essentially rock candy that pops in your mouth. The candies came in different flavours and we would devour an entire pack at one go just to hear them sizzle on our tongues continuously. This would’ve been such a big hit with the ASMR community, had ASMR been a thing then. 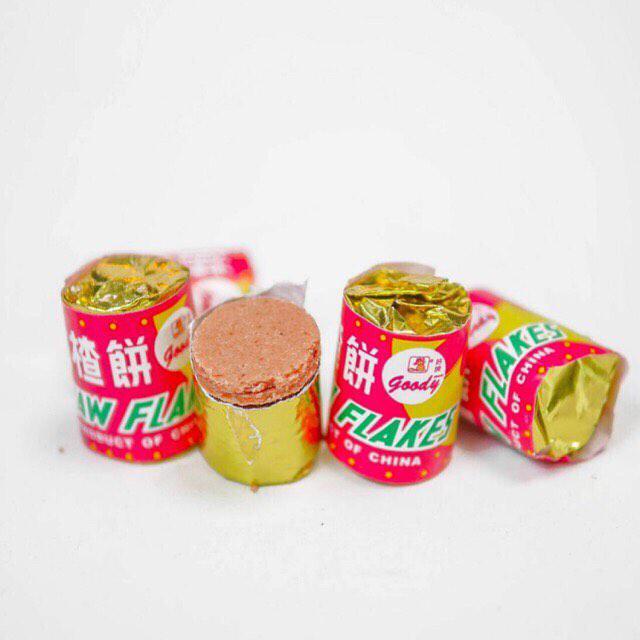 Haw Flakes are made from hawthorn fruit, and are stacked and packed cylindrically. These sweet and sour slices were so thin that they could be easily slipped into our mouths without our teachers noticing. 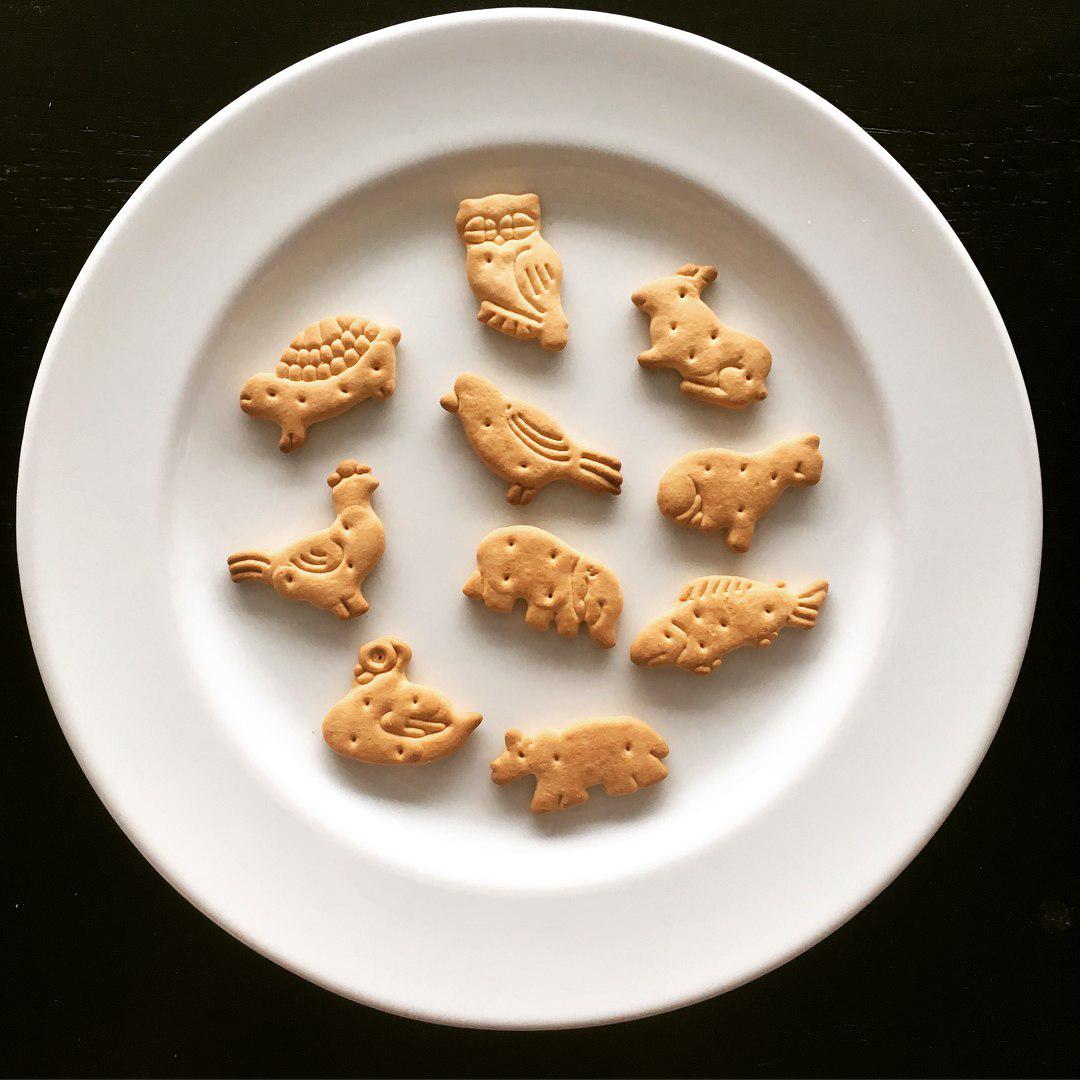 We’re all too familiar with these animal biscuits which our parents made us identify before eating them. They have a mild milkiness to them, and the fact that they’re shaped like cute rabbits, birds, and bears just make them taste so much better. 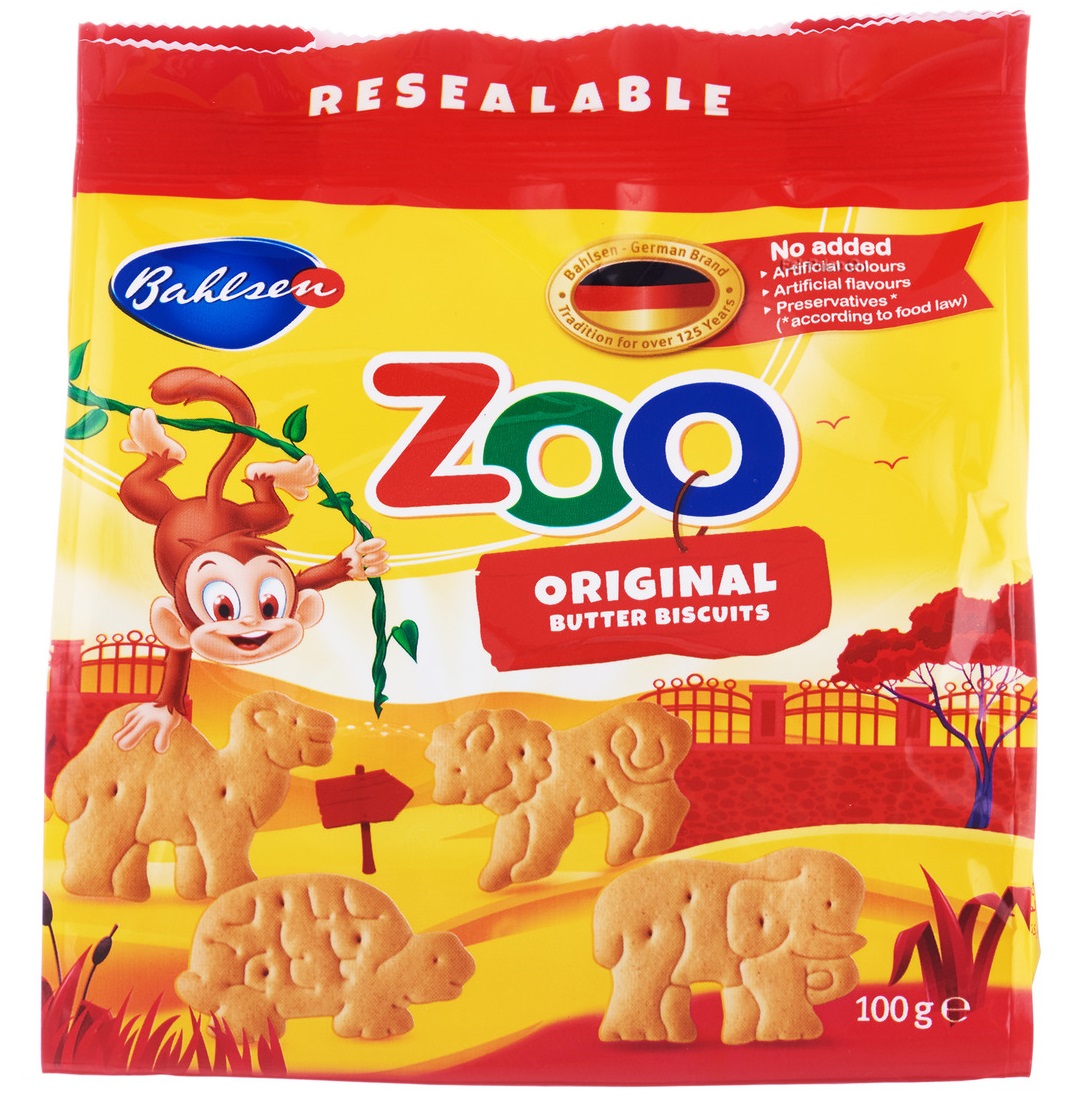 Many of us got them from traditional biscuit sellers who sold them in large tins, but there was also the more atas version, Leibniz Zoo Biscuits. 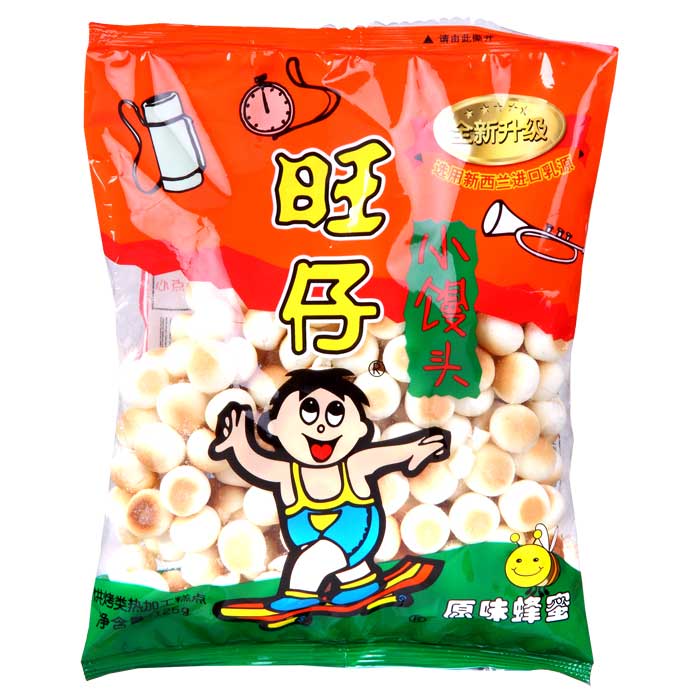 The Wang Wang brand is synonymous with childhood snacks. Their Xiao Man Tou snacks have a honeyed, milky flavour to them and melt in the mouth. 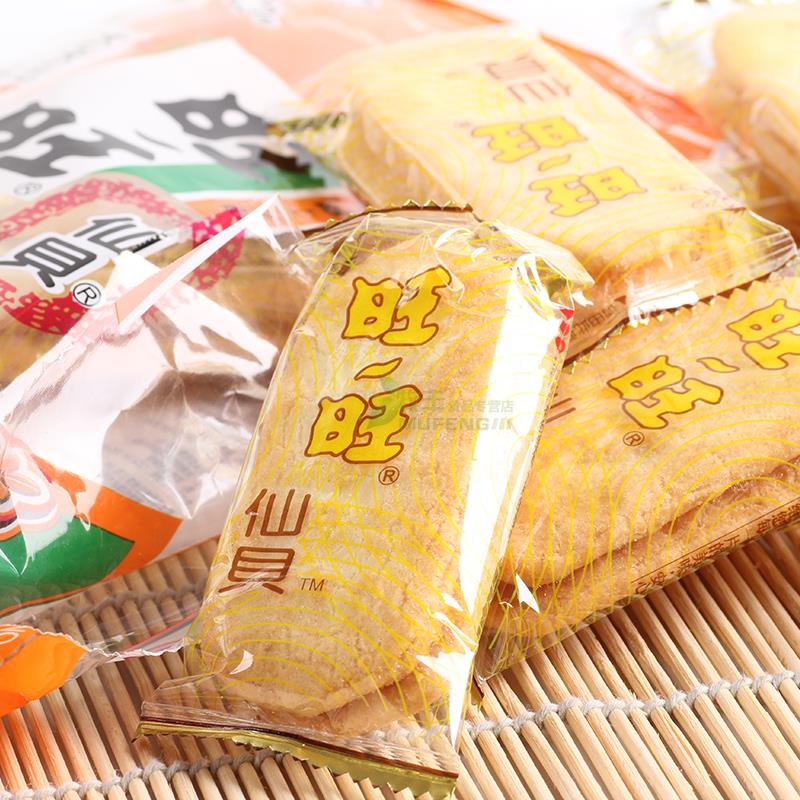 The Xian Bei rice crackers have been a long-time favourite for many kids. Typically these come doused in a sweet and salty powder, but other versions include cheese powder, seaweed, and icing sugar. 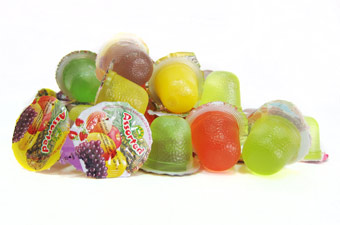 These cup jellies were birthday goodie bag essentials. We would always struggle to open the airtight tops, careful not to spill the jelly syrup all over ourselves. Following this would be a loud slurping noise as we tried our best to consume the jellies whole. 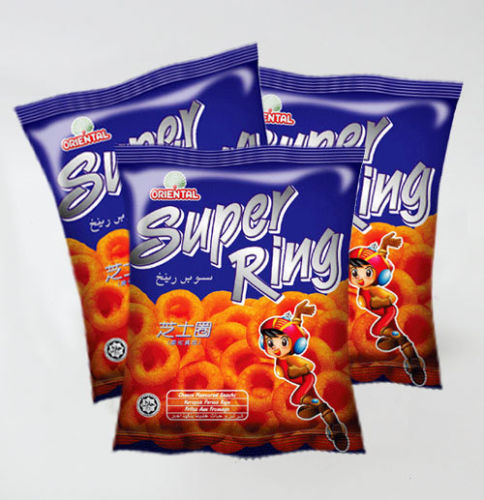 You can never go wrong with a packet of cheesy Super Rings. We’ve all put them on our fingers before consuming them at one point or another. 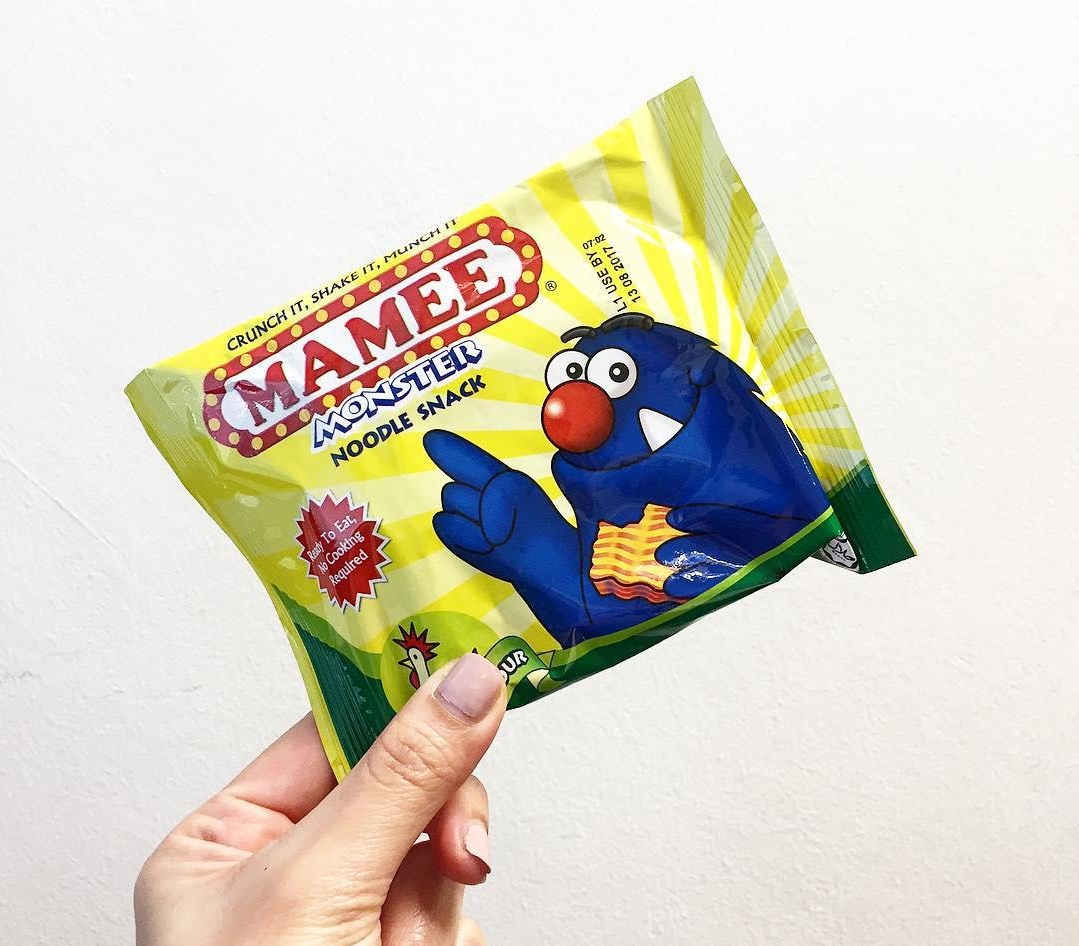 Our parents all warned us about the Mamee Monster Noodle Snack because of the potential hair loss that we would face if we consumed the sachets of MSG powder that came with the noodles. But to us kids, this crunchy salty treat was the mother of all snacks. You can either eat it by crushing it into smaller pieces and pouring it into your mouth, or just bite into the whole chunk.

Nostalgia can hit us in multiple ways but the most tangible way has got to be through food. From crispy crackers to tongue-dyeing candy, these treats are symbols of happier and more carefree times where the simplest of things could make us so pleased.

Read our other nostalgia articles here: 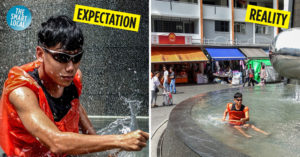 11 Fitspo Photographs To Bluff Everyone You're An Olympic Athlete
Museum Of Ice Cream Is Holding A Scavenger Hunt, Find Entry Tickets Hidden Around Singapore... 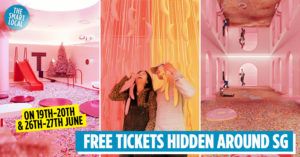