It seems like only yesterday that we were celebrating Singapore’s 50th birthday. Fast forward a few years and now we’re so much closer to our little red dot’s diamond jubilee with more than enough iconic moments from the NDP that will be remembered for a lifetime.

From that middle finger incident to how Singapore’s largest roadside party came to be, here are nine memorable NDP moments that will forever be associated with 9th August.

Celebrate NDP with these articles:

1. 1966 – First time the National Day Parade was held at the Padang 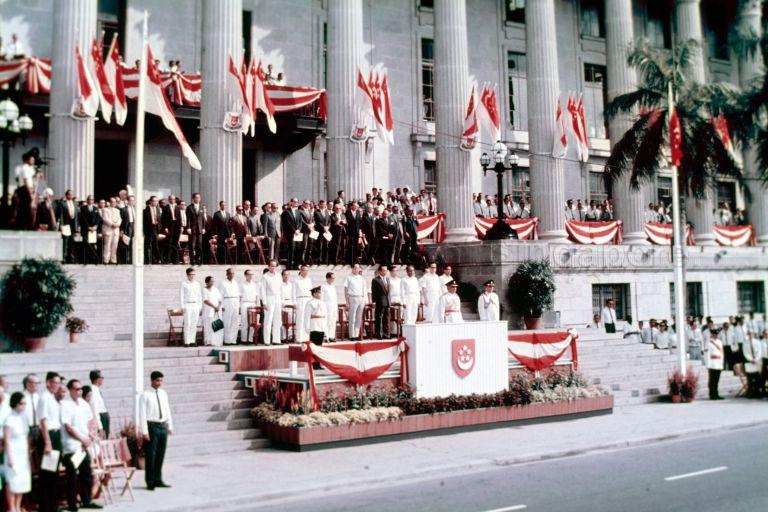 Singapore’s founding as an independent nation in 1965 had no fanfare. Instead, the festivities came the following year with the first National Day Parade being held at the Padang. President Yusof Ishak oversaw the parade in regal military attire rather than the suit-and-tie we’re used to seeing our male presidents don.

Fun fact: The entire parade was organised by a seven-man committee. Let’s hope they were paid well in OT.

2. 1974 – The NDP finally gets televised in colour after years of black & white 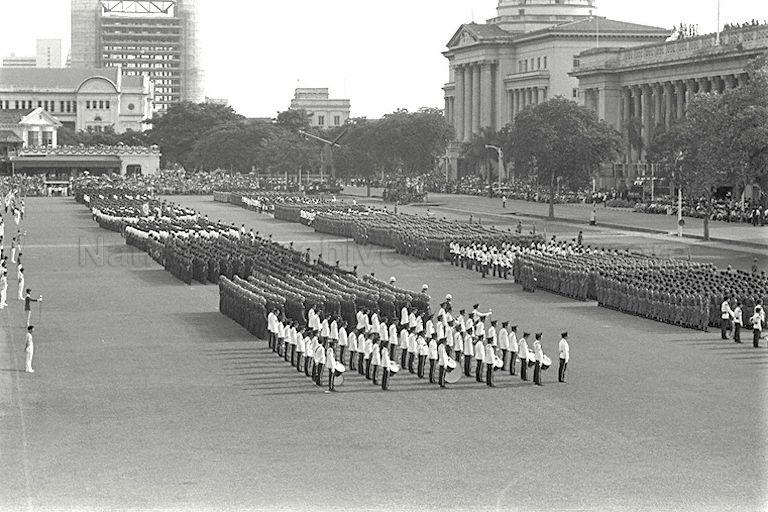 But somehow there were no colourised photos of the 1974 NDP celebrations
Image credit: National Archives of Singapore

How lucky are we to live in a time where our flat-screen televisions can display the vibrant blooms of fireworks? The National Day Parade was broadcast live in colour only from 1974 onwards, so viewers in the kampungs won’t miss out on the colourful float procession and firework display over the harbour anymore.

3. 1981 – A dramatic NDP with a VIP platform collapsing and guns pulled out 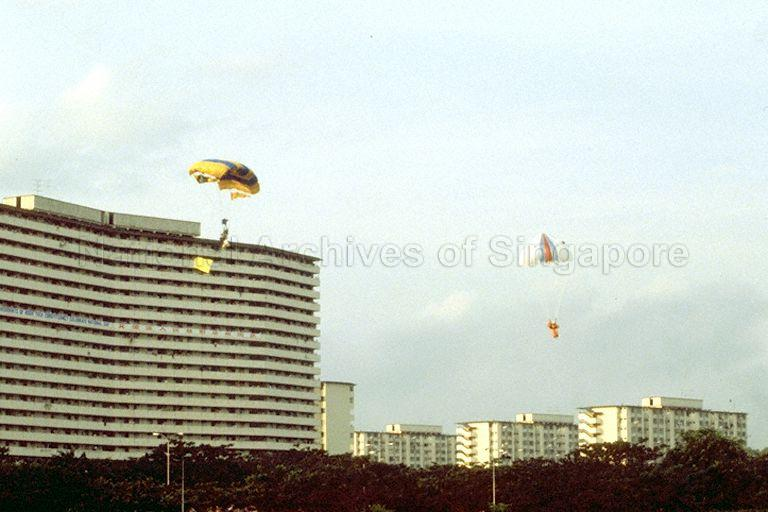 When was the last time you saw parachuters landing in your neighbourhood?
Image credit: National Archives of Singapore

My hands are touching a wooden wrist rest as I’m typing this so we should be clear of any incoming bad omens, but 1981 was a fateful year where the National Day Parade was marred with a series of unfortunate events.

At Ang Mo Kio Secondary School, a platform for the VIPs collapsed under their weight just before the parade began, and a police officer had to draw his revolver to break up a fight between two dragon dance troupes. Thankfully no one was badly hurt in the incident and altercations, but there was more to come in other neighbourhoods.

Over at the celebrations in Toa Payoh, one of the commando skydivers was forced to deploy his emergency parachute after his main chute failed; two other skydivers also missed their target and landed in an electronics factory not too far away. Talk about a heart-stopping moment for everyone involved, even the spectators. 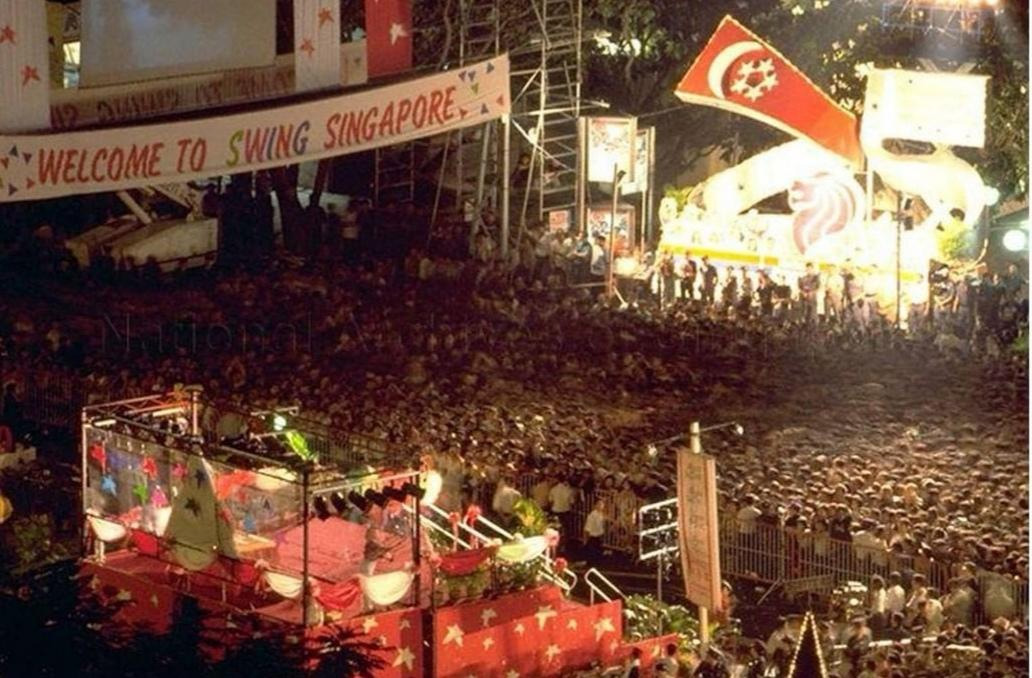 In a post-Covid world, it’s hard to imagine more than 250 people gathering for a party, let alone 250,000 people. Yes, you read that number right – 1988’s National Day Parade celebrations saw almost 10% of Singapore’s population then dancing and having a swinging good time on Orchard Road as part of a new initiative called Swing Singapore.

Here are some numbers to blow your mind at the scale of a party like this: 411 people spent 17 days organising this event, using enough sound systems to power 50 discos, lights that can light up 400 HDB flats, and over 500,000 MRT trips were made between the start and finish of the inaugural Swing Singapore. 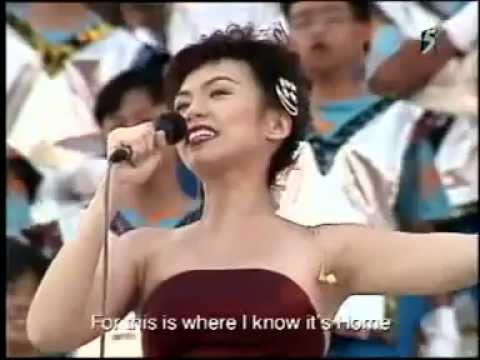 Just imagine the numbers Kit Chan’s debut performance of Home would’ve gotten had YouTube been around in 1998. I get goosebumps just hearing the choir’s harmonies with Kit’s fierce and powerful vocals.

More than 20 years on, Home is still the one song almost every Singaporean knows by heart and can’t help singing along to whenever 9th August rolls around.

Check out what Kit Chan and other iconic NDP song singers have been up to these days.

6. 2002 – Everyone gets to try NEWater for the first time in their NDP funpacks 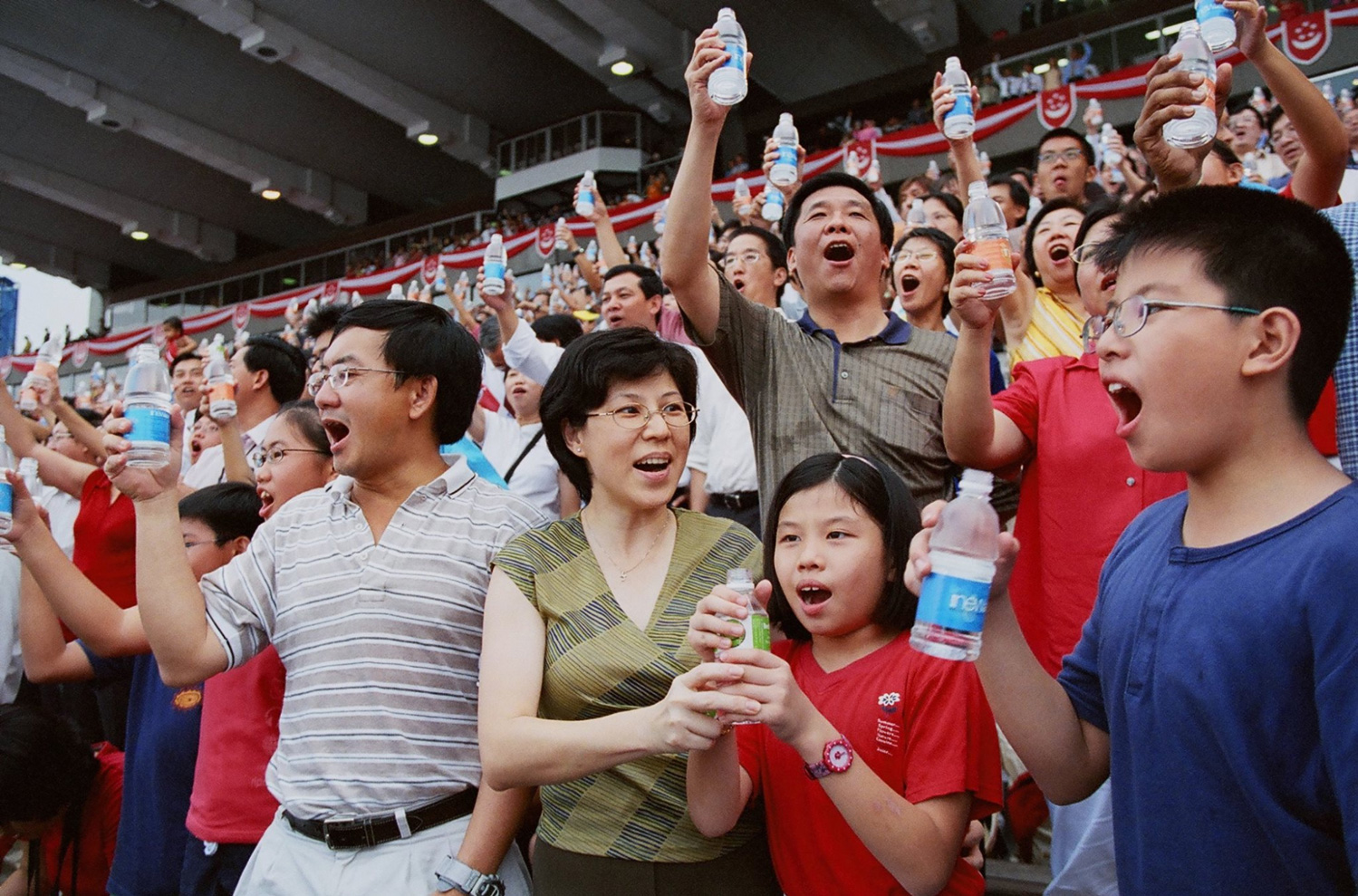 Ah, a throwback to when times were simpler and NEWater was the most talked-about topic in town. I was lucky enough to have attended this particular National Day Parade with my family, and the whole yam seng session to cheers the launch of Singapore’s own branded water was a hoot, to say the least.

At the risk of being POFMA’ed, most of what I recalled was NEWater not tasting particularly great and my young self couldn’t finish the entire bottle. But this moment was a huge step towards the public perception of recycled water.

BTW: NEWater is mostly used for industrial and air-con cooling as well as wafer fabrication, so you aren’t even drinking it most of the time. If you are, that probably means we’re screwed.

7. 2007 – The National Day Parade moves to The Float @ Marina Bay for a spectacular backdrop 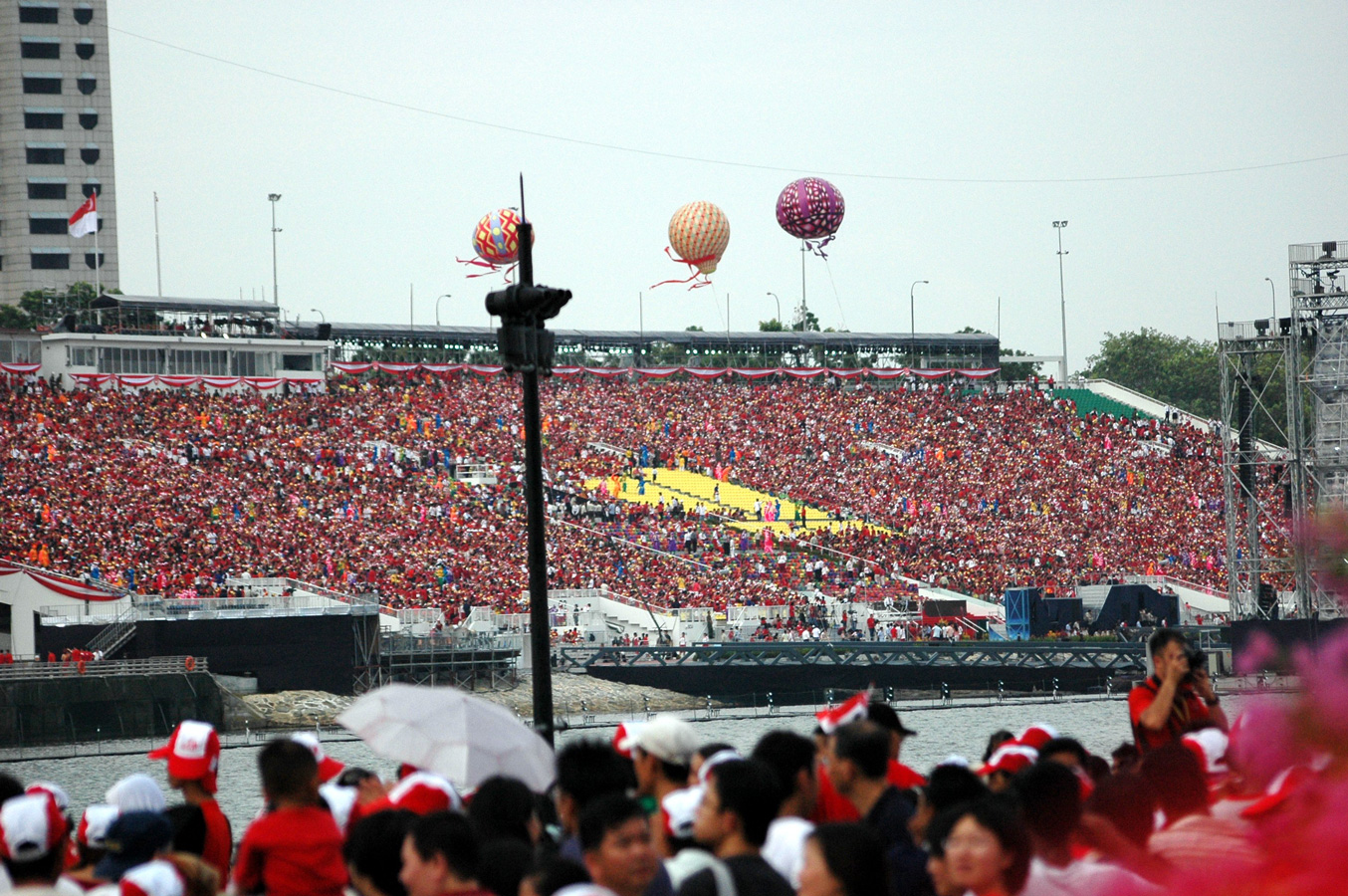 Padang, who? The buzz about the swanky new floating platform at Marina Bay was electrifying in the days leading up to National Day, with scalped tickets going for up to $250 – and this was before the Marina Bay Sand was even constructed. 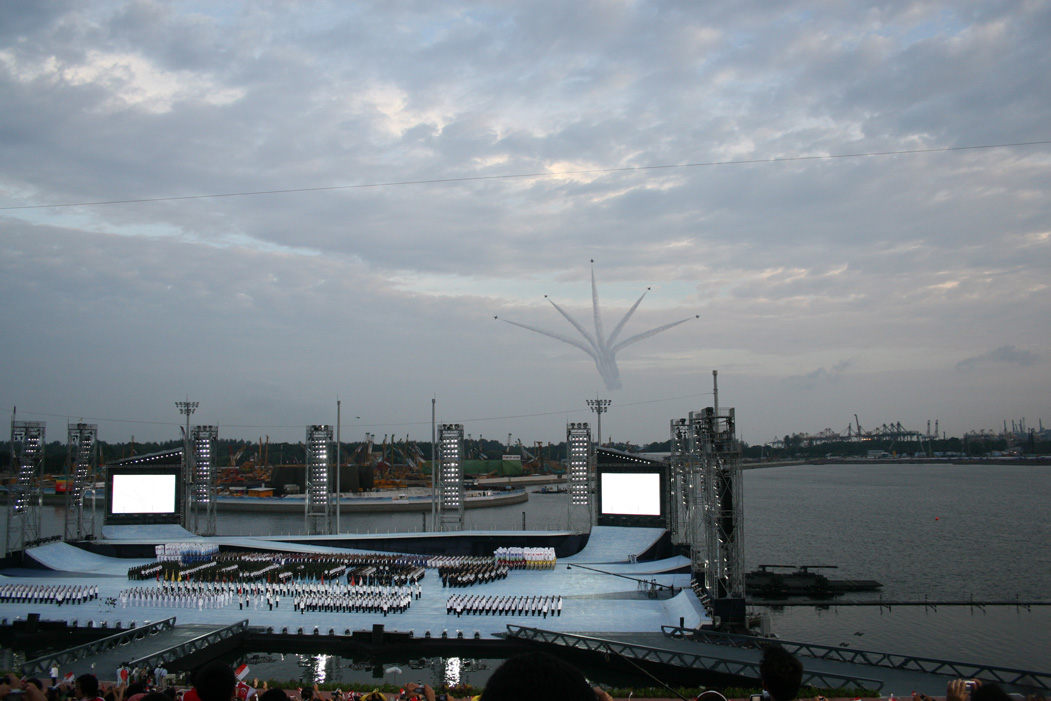 Back when Marina Bay had no Sands
Image credit: Josiah Neo

My family and I were fortunate enough to win a ballot of tickets to the show on the actual day, and despite the undeveloped skyline, it was one of the most memorable National Day Parades I’ve attended. 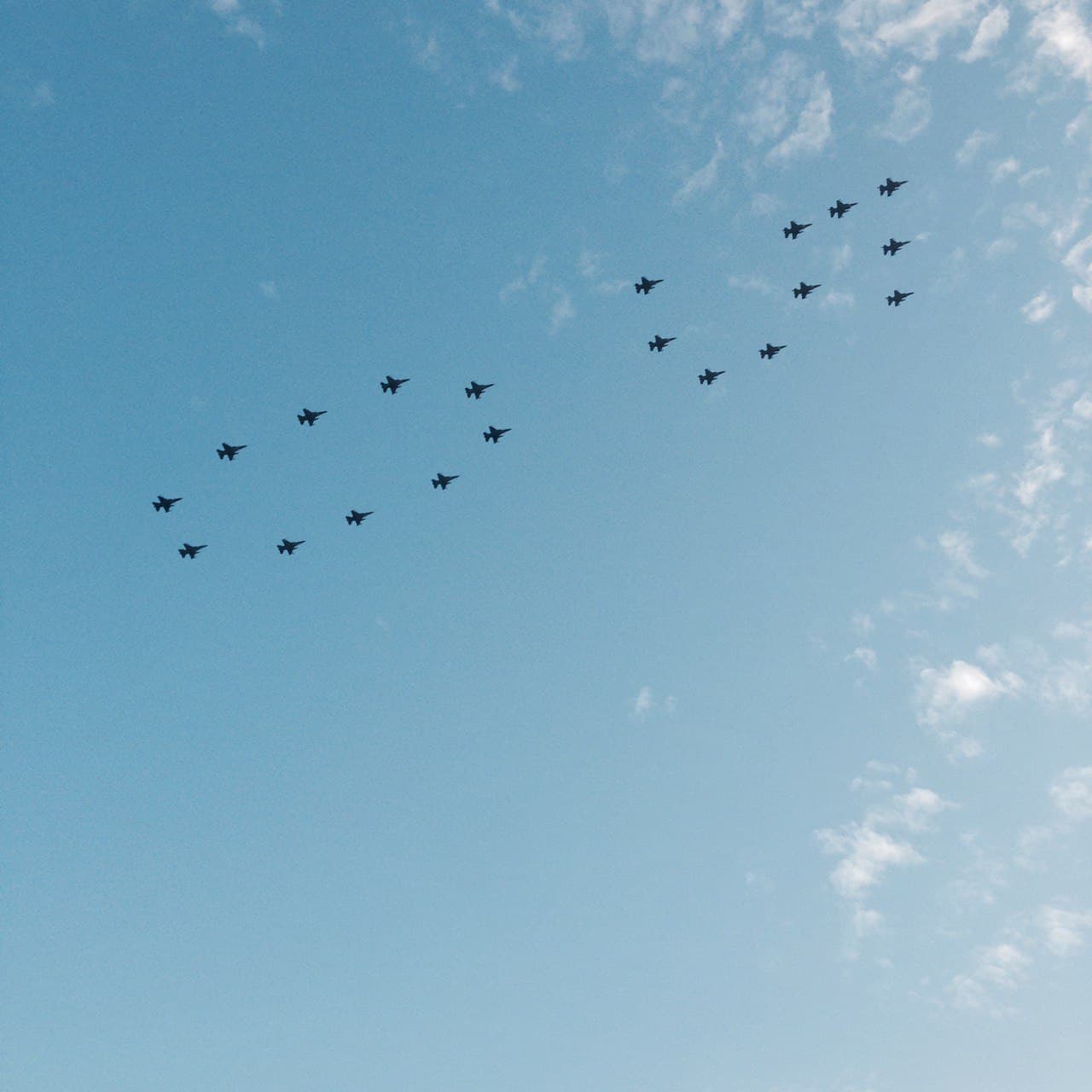 One of my favourite segments of the National Day Parade – after the fireworks, of course – is the aerial displays. The thunderous roar of the fighter jets’ afterburners to the crazy, mind-boggling formations just never fail to give me a reason to rediscover my childlike wonder at the precision and aerial superiority.

While there’s a guaranteed flypast every year, Singapore pulled out all the stops for SG50, our nation’s 50th birthday. 50 different aircraft put on myriad formations from a salute involving 20 F-16 jets flying in perfect formation to form a “50” shape to barrel rolls, vertical climbs, and many other manoeuvres that will leave your heart in your mouth. 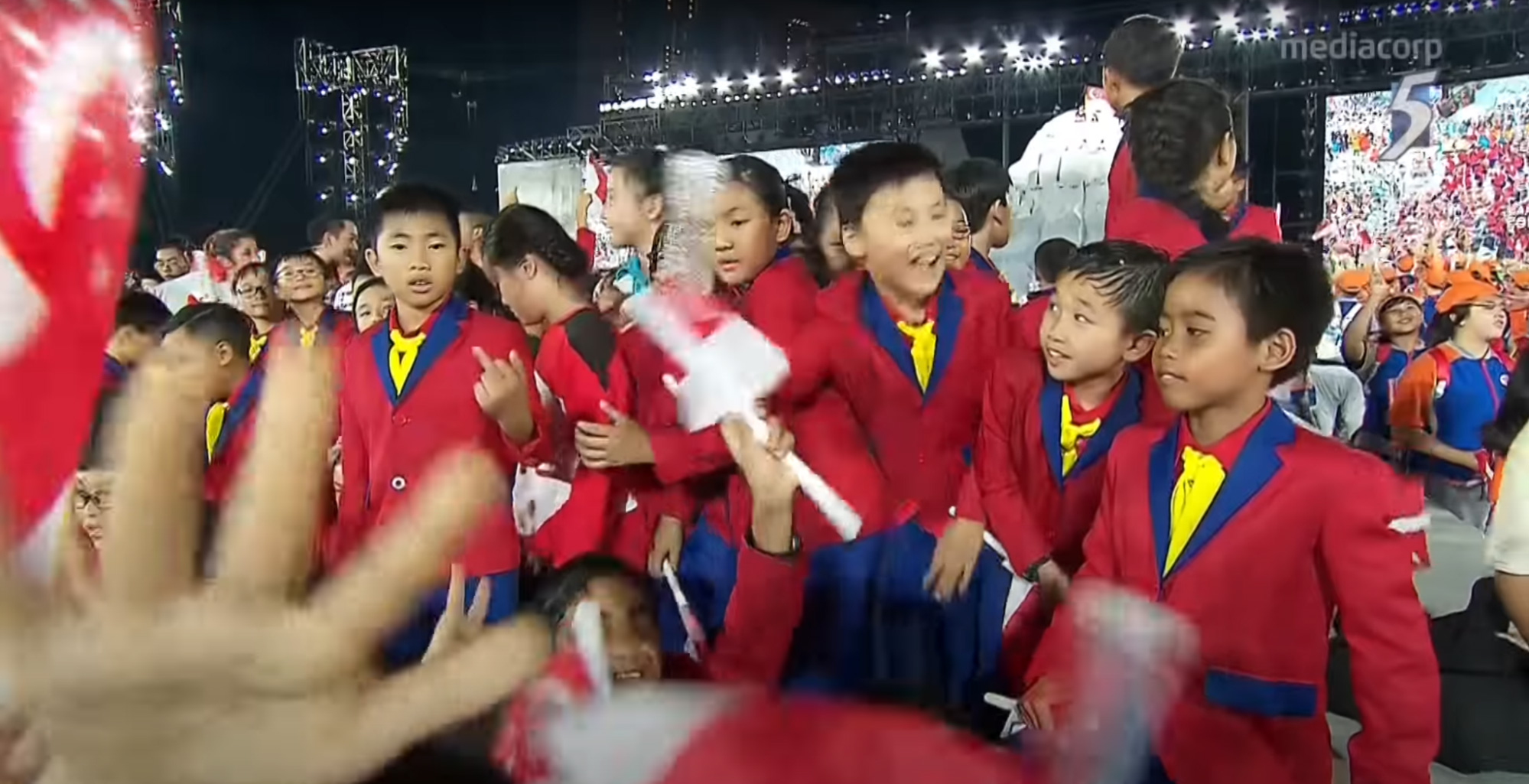 Littlefinger, is that you?
Image credit: Media A

Last but not least, who could forget the most iconic moment of modern National Day Parades? In 2017, on the day where Singapore is supposed to be the most united, one young boy split the nation with just a finger. Some crowned him as a legend for flipping the bird so nonchalantly in a $15-million-dollar production; others felt that this was a step out of line for a wholesome parade.

Nonetheless, the boy who has been dubbed “Littlefinger” and “Mad Lad” by some will live on as an icon who did what few would dare to on live television. As a Redditor commented, “Tekan is temporary, glory is forever.”

Best NDP moments from the past

National Day is the one day Singaporeans have a reason to celebrate, whether it’s because you love a good public holiday or you’re a model citizen who can recite the pledge even after graduating from school. And since our country loves throwing a good parade every year, we have our fair share of memorable NDP moments, with these nine iconic years having the best ones. 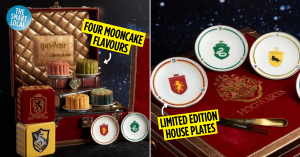 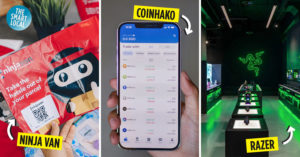