Unless you’ve been a social media hermit over the past few years, you’ve definitely come across a TikTok video or two. But whether you’ve already mastered the Gen Z lingo or are a “boomer” through and through, there are still plenty of TikTok hacks and hidden features that you probably don’t know about.

For those who are either aiming to become Singapore’s version of Charli D’Amelio or simply want to make the countless hours spent on TikTok slightly less brain-numbing, we’ve sussed out 12 hacks that might hopefully become an “unconscious standard practice in your life”.

For more life hacks, check out:

TikTok stitches give us some of the best content on the app, whether it’s with a relatable video that “lives in our head rent free” or comedy templates used for a perfectly timed edit. But anyone who has used the app before knows the #struggle of hunting down more funny stitches with the same source video.

While most people simply scroll away and hope that more stitches magically land on their For You Page (FYP), there’s actually a way for you to hack the system. To find all the stitches made with an original TikTok, simply type “#stitch @(username)” in your search bar. This way, you’ll be able to find more life hacks and funny videos without having to rely on Lady Luck.

2. Turn on auto-captions for instant subtitles

Listening comprehensions were a dreaded part of school examinations. Although they weren’t too difficult, they required laser-sharp focus so you wouldn’t get tripped up by trick questions. Given our short attention span, coupled with years of watching movies and TV shows with subtitles by default, it’s safe to say that many of us aren’t the best at keeping up with spoken audio.

While most TikTokers try their best to include their own captions, there are still a fair share of videos without them which can be quite hard to understand – especially if the creator has an unfamiliar accent, speaks quickly, or is bordering on mumble rapping.

Thankfully, TikTok has recently updated its app with an auto-caption function, making it much more accessible for individuals who are hard of hearing or who have attention deficits. 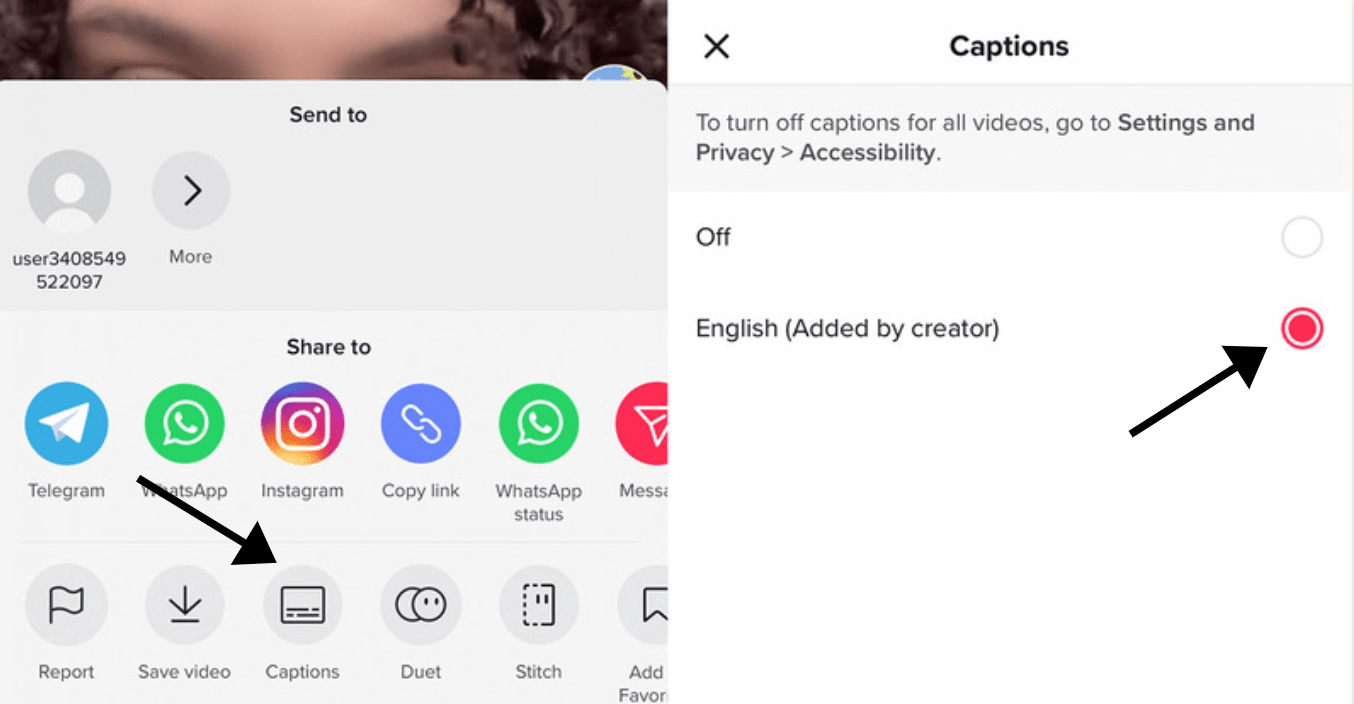 To activate it, simply press the “Share” button and click on “Captions” at the bottom of the screen. If you’re posting a TikTok yourself, you can even make it an existing option for your viewers by clicking the “Captions” button on the editing page.

Disclaimer: Auto-captions are still fairly new in the world of TikTok, so it might take a while for all accounts to be updated with this feature.

Out of all the infuriating trends that have taken TikTok by storm, the pause trend definitely takes the cake. Usually featuring 0.1 second clips of texts or “cursed” photos, the aim of the trend is to get viewers to pause at the right moment and hopefully take a couple of tries to boost viewer stats.

As kaypoh as we may be, most of us don’t have the patience to watch the video over and over again just to pause it at the right moment. But if you’re still dying to know what secrets the video may be hiding, you can try using the stitch function to your advantage. 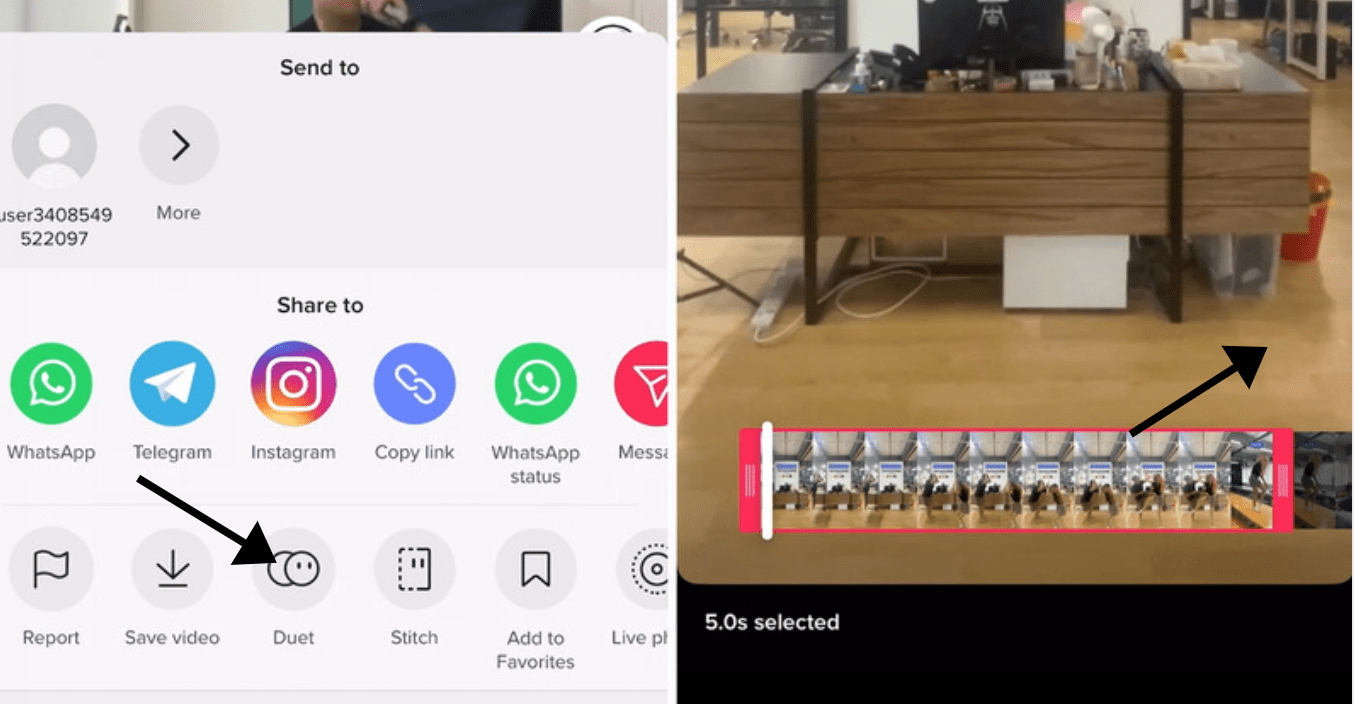 To do so, tap on the “Share” button, followed by “Stitch” and you’ll be able to scroll until the specific portion of the video pops up.

While this should work 99% of the time, some users go out of their way to disable the stitch function while following the pause trend. To get around this, simply screen record the video and view it in your “Photos” app, slowing down the video when needed.

4. Curate your For You Page using the “Not Interested” button

Talk to anyone with a TikTok account and they’ll probably tell you that they have the funniest For You Page that is “sooo them”. While this may or may not be true, one thing’s for sure – TikTok’s algorithm definitely works.

However, if you’ve just downloaded the app or have randomly gotten yourself stuck on TikTok India – true story – your FYP might look a little different. To ensure a constant stream of only the best TikToks out there, you can try curating your own FYP by “hacking” the algorithm. 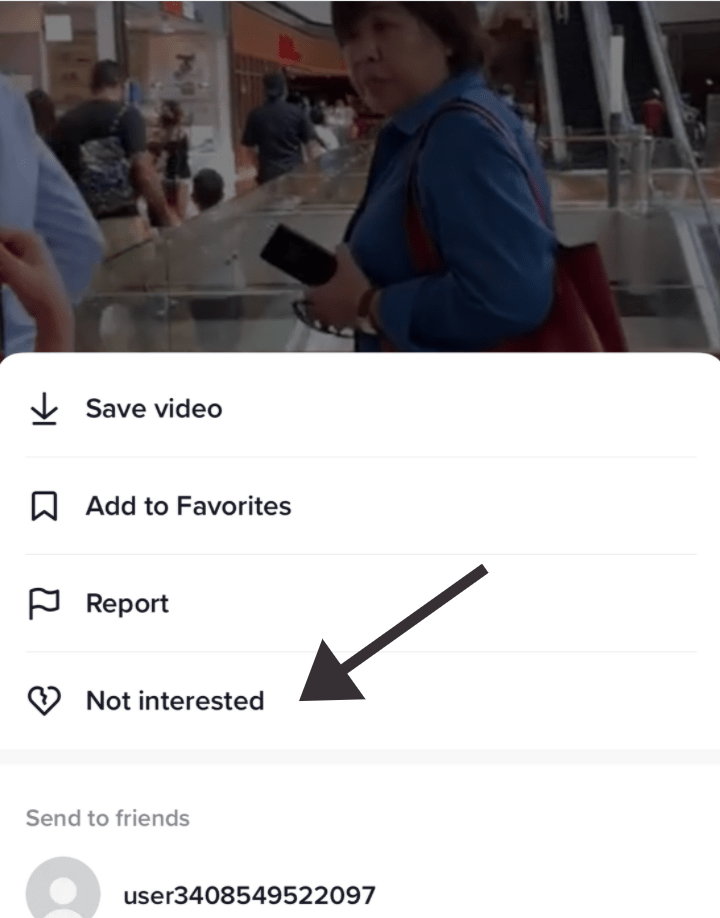 Simply long-press on any video that you deem less than satisfactory and hit the “Not Interested” button. By doing so, TikTok is able to understand your personal taste and can recommend better videos for your FYP.

5. Save videos as live photos to use as wallpapers

Apart from dances and Vine-worthy memes, TikTok is also the place where fandoms thrive. With thousands of fan-made edits for the likes of BTS, anime characters, Harry Styles, and everything in between, you can now use these videos as live wallpapers so you can simp all day, every day. 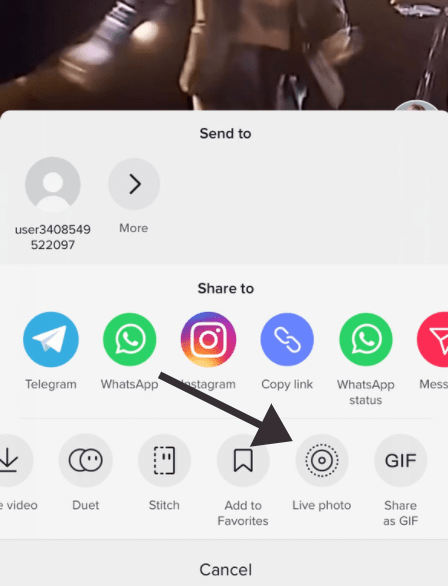 To set a TikTok video as your lock screen, simply press the “Share” button and click on “Live Photo” to save it into your camera roll. Now, you’ll be able to watch the TikTok just by pressing down on the photo, and can see your oppa in motion throughout the day.

6. Fast forward videos by scrolling at the bottom

Although TikToks usually only last for up to a minute, some videos feel much longer thanks to unnecessary rambles in a bid to increase watch time.

While we used to have to sit through the entire video just to reach the juicy content at the end, TikTok has thankfully added a new feature that lets us fast forward and rewind videos. Unfortunately, this feature isn’t available on all TikToks just yet but if you see a white dot moving along the bottom of your screen, you’re in luck.

To fast forward, simply slide the white dot to the right and vice versa to rewind the video. A timestamp should pop up while you’re doing this, and you’ll be able to go exactly where you want to continue watching.

With the app available in 155 countries, you probably come across multiple foreign TikToks a day. And while the video may be easy enough for anyone to understand, the comment section is a whole other story, with a rare “Just an English comment passing through” appearance among the hundreds of comments in different languages.

Instead of having to copy-paste the comment into Google Translate, TikTok has a built-in feature for you to translate comments instantly.

These options pop up at the bottom of your screen

Simply long-press the comment and hit the “Translate” button to instantly read it in your system language. This feature can sometimes also translate symbols, so you can decipher hidden messages embedded within the comment section.

8. See hidden text on screen by long-pressing the video

If you’ve ever made your own TikTok video, you know that you have to be extra careful with the placement of your text. Too far right and it’s blocked by your profile picture, too far down and the words are blocked by your caption.

As viewers, it may be tempting to simply resign to our fate and leave the hidden messages up to our imagination, but there’s actually a simple way to view all the blocked text on the screen. 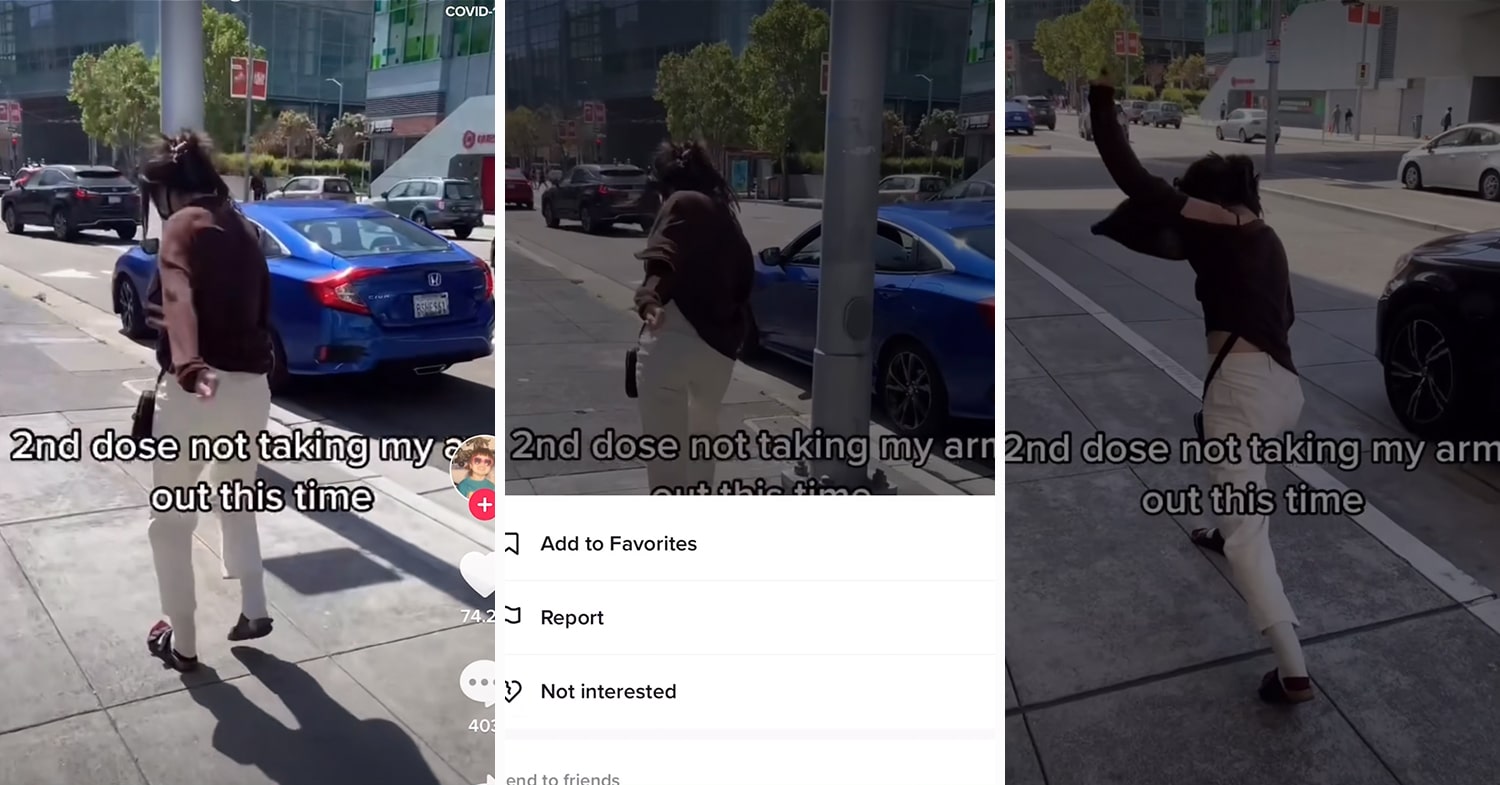 For example, the word “arm” is initially blocked by the user’s profile picture.
Screenshots adapted from TikTok

To do this, all you’ll have to do is long-press on your screen and slowly slide the pop-up down without lifting your finger. Although the video will be slightly darker, you’ll be able to see everything on the screen.

9. Edit the clips in between while doing transitions

Whether you’re willing to admit it or not – you’ve probably attempted to make a thirst trap before. From making sure the different clips align seamlessly, to having a stunning glow-up “after” shot, making the perfect transition video takes some finesse.

Some popular transitions sandwich the “after” shots in between two “before” clips, but if you don’t want to redo your makeover multiple times, there’s actually a handy function to edit the transitions after you’re done filming. 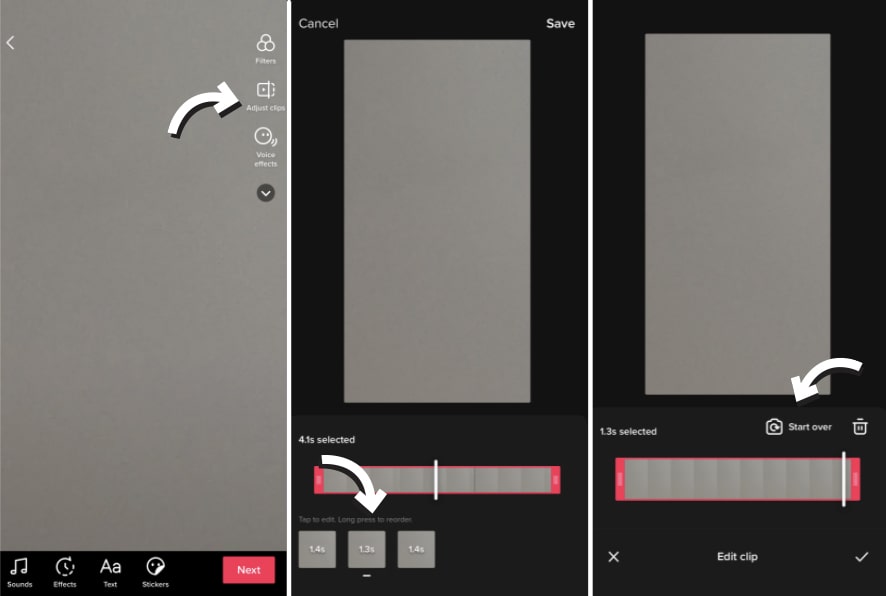 Firstly, record all the clips you need in your “before” state and press the tick to begin editing your video. After you’ve done so, simply press “Adjust clips” and select the video you wish to replace, before hitting “Start over”. This way, you’ll be able to re-film the clips in-between after you’ve finished getting ready.

10. Switch between filters while recording

Editing your clips on TikTok has to be one of the most confusing things to do on the app. Between the filters, effects, stickers, and text, it can get pretty overwhelming for a newbie.

To make your life a whole lot easier, adding filters while you’re recording can help to zhng your video without taking too many steps. For this, all you’ll have to do is partially slide the screen before recording, holding your finger down the entire time. Once you start filming, you can then slide the filter on at precisely the moment you want the filter.

Large-scale chain duets are perhaps the greatest collaboration format on TikTok, from a long “Bread” chain to an elaborate hostage situation. If you want to duet a video and spice things up, you can try switching between the different duet layouts.

For example, you can use the original video as a green screen background, change the duet from left to right, and even have a small react screen.

12. Move your finger up and down to zoom while recording

When it comes to recording TikTok videos, the user interface is thankfully extremely versatile. Instagram users should be familiar with this zooming-in method but if you’re new to the social media game, this hack can be extremely useful if you wish to record videos with just one hand.

To zoom in while recording, simply press and hold the record button and drag your finger up along the screen. Similarly, you can drag your finger back down if you wish to zoom back out. No more having to pinch the screen with one hand while your other hand holds your phone steady!

Elevate your viewing and filming experience with TikTok hacks

Let’s be honest, most of us probably downloaded TikTok as a joke. If you’re the kind of person who refuses to download the app, but still secretly watches TikTok compilations on YouTube, it’s probably time for you to give in and get addicted like the rest of us.

Despite being a fairly new app in the world of social media, TikTok doesn’t seem to be going anywhere anytime soon. Plus, with all these hacks and hidden features at your fingertips, the possibilities of one-minute videos are truly endless.

For more things media, check out: 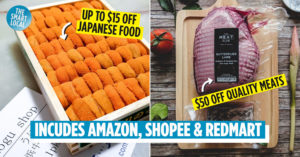 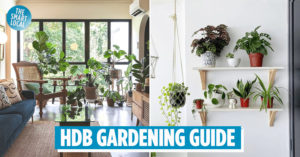