If you’ve watched Netflix’s Squid Game, you’d know it’s got nothing to do with takoyaki or Dahfa Fish Fillet Strips, but plenty to do with gore and massacres. If you haven’t heard of it, think of it as Alice In Borderland, but Korean and with childhood games dipped in hell.

Squid Game is dark, thought-provoking and – thank goodness – fictitious. But what if it were real and, closer to reality yet, set in Singapore? We reimagine a Squid Game: Singapore Edition below.

Before we begin, any iconic game needs a mascot. For Squid Game SG, we propose the Wang Wang boy. You can’t deny its uncanny resemblance to the show’s Red Light Green Light doll, with his yellow ‘fit and equally unnerving eyes.

Would you trust yourself to win these games with Wang Wang looking over your shoulder?

Gameplay: In normal musical chairs, folks walk around a circle of chairs and scramble for seats when the music stops. In this version, the “Don Don Donki” soundtrack or chorus of The Road Ahead (EDM remix) will be played. The player who doesn’t get a seat when the music is paused will be eliminated via electric chair – after 24 hours of non-stop Donki music.

How to survive: Don’t look at the chairs – look at the person stopping the music. Or, put a hovering hand over the chairs to chope them like how you do with tissue paper. Gameplay: We all know five stones – except in this version, you’ll be playing with stones stuffed with detonators that go off if you hold on for too long. Lose your right hand? You still have your left. Lose both and you’re stoned to death with explosive rocks. It’s gotta be high tech right? We’re in the 21st Century, not the middle ages.

How to survive: As any five stone prodigy will share, the key is in throwing your stones straight up so they’re easier to catch. Gameplay: Remember how we played this on our desks in primary school? In this version, you are on stilts and tied to mega-sized erasers. Your objective is to “conquer” other countries – and players – by piling on top of them. Hence, death to the player below by suffocation.

Oh yeah. The eraser size is proportional to the size of the country, so good luck, Singaporeans.

How to survive: Pretend you’re from the US or Soviet Union a few days before the game. Maybe they’ll let you pick a country that won’t crumble on the world stage. Gameplay: Kick the feathered shuttlecock with your foot to keep it in the air for as long as possible. Only instead of feathers, it’s artisanal Japanese knives loved by SG housewives that will cut you if you kick it the wrong way. If it drops before 100 kicks, a million of these will be shot at you, as cutting as the remarks these aunties make about how your job isn’t as essential astheir lawyer son’s.

How to survive: Don’t geh kiang and whack the capteh high into the air. Kick it by lifting your legs parallel to the ground and use your instep. Gameplay: Secure the rope underneath your spin top and yank it off as quickly as possible to make it spin.

If your top gets knocked down by another player’s or stops spinning before the time is up, you’ll be taken on a spin. Not in a car, but in Battlestar Galactica…without a seat belt. Or a carousel set at a spin speed of 500KM/H. Your choice.

How to survive: Ask Leonardo DiCaprio for his spin top from Inception.

Gameplay: It’s like pick-up sticks, just a wee bit more dangerous. Players will have to attempt to collect as many sticks as they can without making the other sticks in the pile move. If your mental and motor skills are deemed unworthy, be prepared to be impaled by a giant spear.

How to survive: Master the Matrix bend so that you can warp time while avoiding the spear entirely. Gameplay: Hop to the rhythm of the jump rope and make sure you don’t miss a beat. The pace will pick up so make sure you keep up! One touch and you’re fried by the skipping rope’s live wire that sports an electric current stronger than what revived Mary Shelly’s Frankenstein.

How to survive: You might want to sing a song to stay on beat – we’d choose Stayin’ Alive or I Will Survive.

At first I was afraid, I was petrified…. 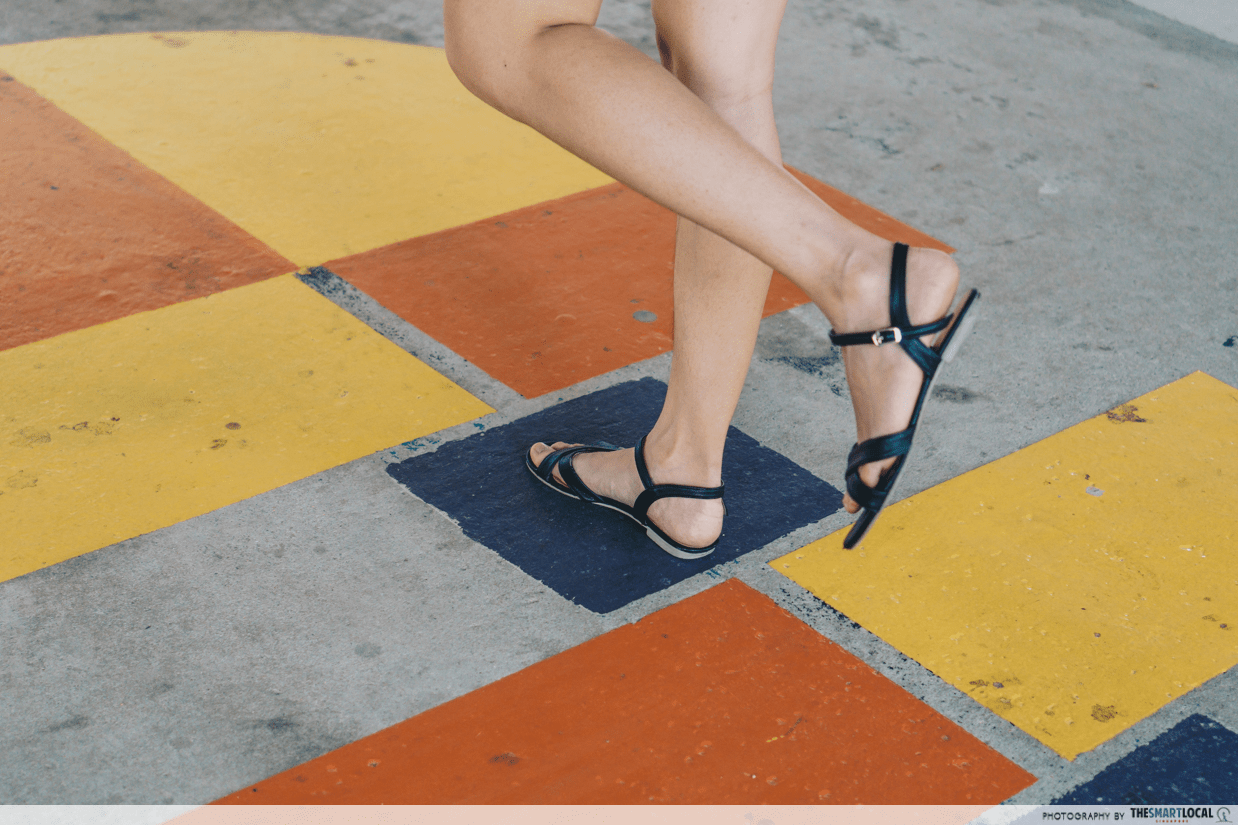 Gameplay: Everybody knows how to play hopscotch. You hop, you jump, you know the drill. Oh, just try not to become Minesweeper IRL by stepping on the landmine and blowing up yourself and your chances at winning a gazillion dollars.

How to survive: Don’t hop on the landmine lor. Gameplay: We call this variation of the card game Not So Happy Family. Collect as many complete family sets as possible. The person with the least number of Happy Families will have their family member murdered.

How to survive: Hide yo kids, hide yo wives.

Gameplay: The rules are simple – avoid getting stepped on or you’re out. Everyone stands in a circle and chants “Pepsi Cola 1, 2, 3” while jumping backwards as far as they can. If you can “hit” your opponent’s leg, goodbye to them.

They don’t have to worry about losing a limb, though – a vat of ultra acidic “cola” will get rid of them faster than they can count to three.

How to survive: Unless you manage to get your hands on some top secret Elon Musk-esque space tech PPE to keep yourself safe from the acid, the best thing to do would be to train your reflexes so you won’t need a special suit in the first place. This could be us

Contestants can kill two birds with one stone after losing by becoming biodegradable waste on our beloved trash island itself.

“What on earth is Pulau Senang?” – you, probably. Never read our lesser-known Singapore islands article ah?

TL;DR: As part of a “social experiment” in 1960, criminals from Singapore were sent to Pulau Senang to roam freely. They were under the watch of one Superintendent Daniel Dutton that the detainees felt was draconian. To, erm, solve the problem, they ended up rioting and murdering Dutton.

Oh, and this place is also referred to as “Comfort Island” in English. We can’t think of a better location, tbh.

You didn’t think we’d let Pulau Tekong off the hook, did you? Good news for all our Singaporean Sons – they can officially share the burden of heading to Tekong with the entire country in the multiverse where Squid Game is a reality on our shores.

10/10 for bringing the nation together.

So there you have it – Singapore’s very own Squid Game where you can put your primary school shenanigans to good use, or die trying. We hope you walk away with a cash loot as high as our ministers’ salaries.

In the meantime, if you wanna do some game prep (Player 111 had the right idea, sorta), here are some reads to give yourself a head start: 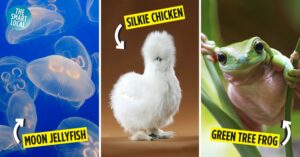 6 Surprising Pets You Can Legally Own In Singapore That Aren't Dogs Or Cats
You Can Now Take A Hong Kong Junk Boat, With Stand-Up Paddleboarding At Lazarus Island 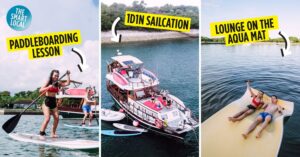