Many of us know Pulau Tekong as the island where Singaporean Sons are ferried off to for their Basic Military Training. But before it became the grounds where we learnt how to fire a rifle and throw a grenade, it was an island with active communities in kampungs and wild deer roaming the jungles.

We take a look at the humble beginnings of the island and how it transformed into a bustling training facility for the Singapore army.

Check out other Singaporean islands:

First mapped in 1828 as a trading island 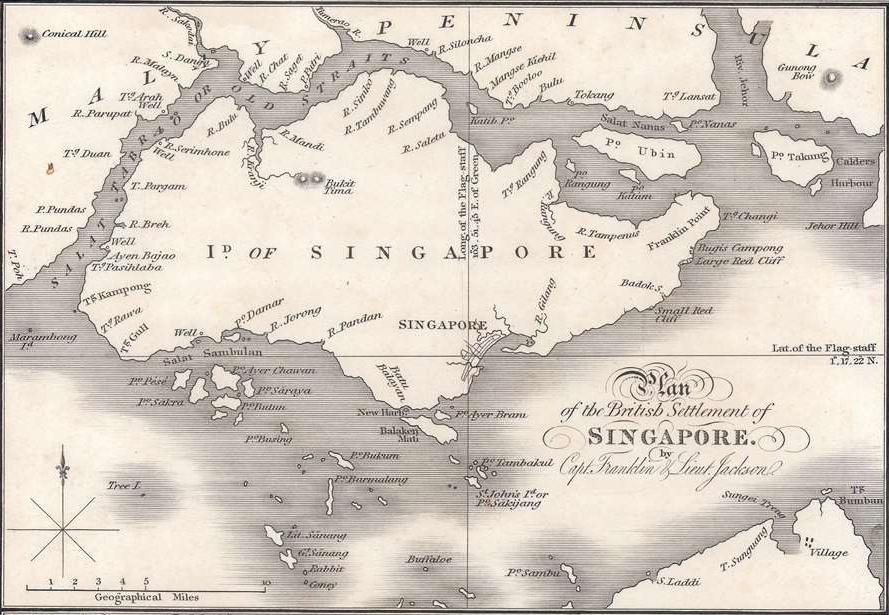 Eye spy a Po. Takung in the top right

A long time ago, before the first recruit stepped off the ferry, Pulau Tekong was a humble trading refuge made up of two islands: the larger Pulau Tekong and the smaller Pulau Tekong Kechil. Its debut appearance was on the first published map of Singapore (seen above) but as Po. Takung.

There’s no telling when the spelling morphed into Tekong, but contrary to the myths that are peddled online, tekong does not translate to “obstacle” in Malay. Some of our Malay-speaking friends have never even heard of the two words being associated with each other at all! Unless they’re referring to their Basic Military Training (BMT) in Tekong being an obstacle to their lives. 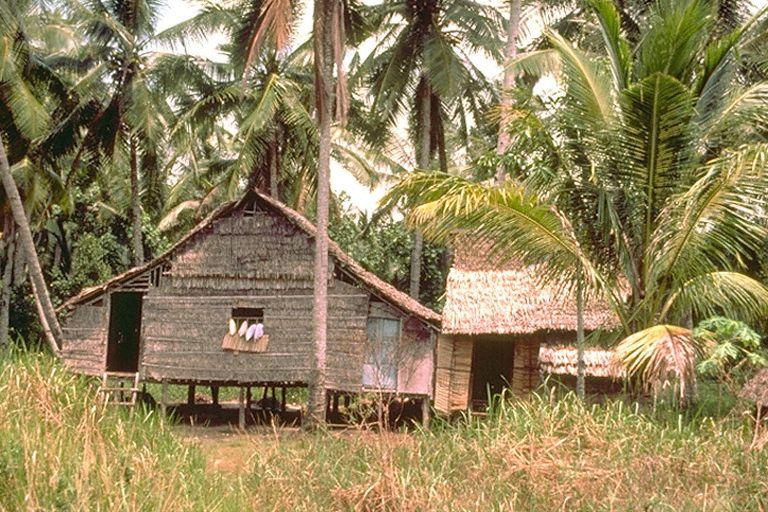 At its peak, Pulau Tekong had an 8,000-population-strong community composed mainly of Malays with a few Teochews and Hakkas that spent their days farming and fishing.

There were also a lot of wild animals that roamed the island like pigs and deer. Even Asian elephants swam the 1.5KM across the Straits of Johor to Pulau Tekong in 1990; they were eventually recaptured and relocated back to the Johor forests.

Soon after that, Singapore began a huge land reclamation effort to combine the two islands into one and convert it into one for future generations of soldiers to safely train without having to run into any civilians. 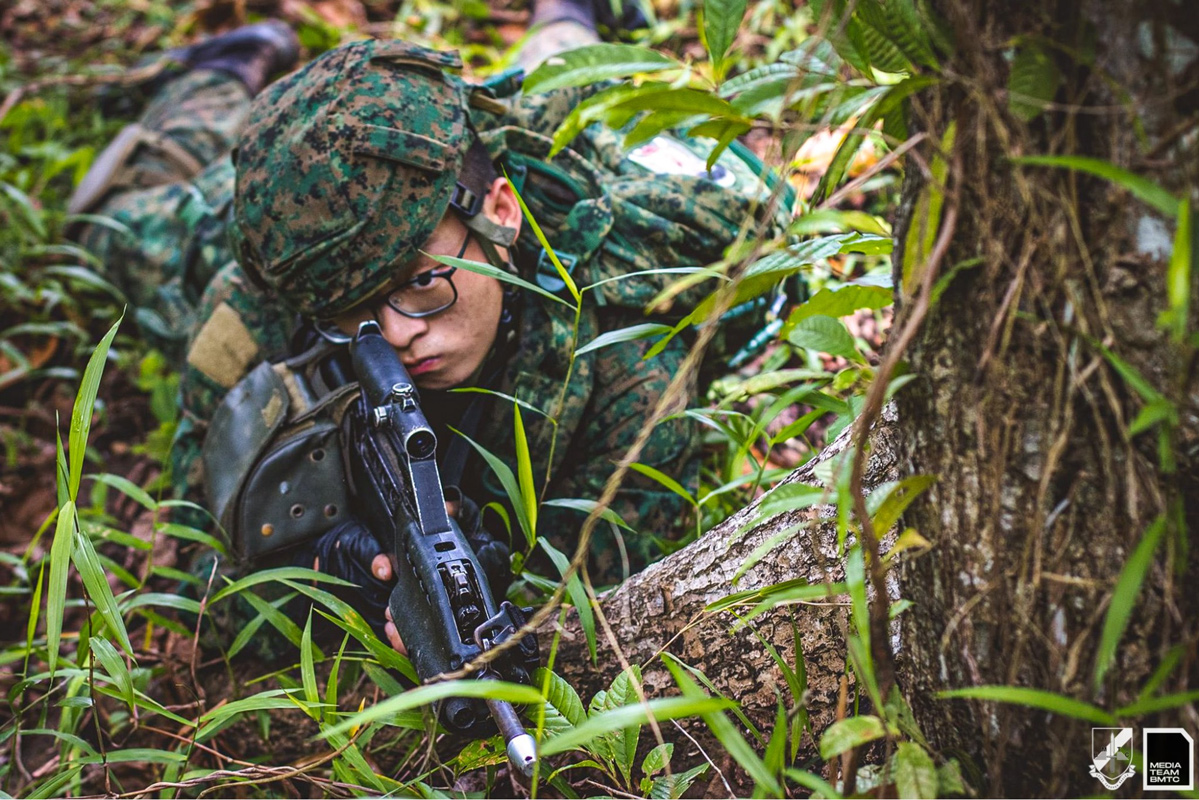 Around 1987, the Singapore Armed Forces decided that the island would be the training grounds for all enlisting Singaporeans, and in 1999 the Basic Military Training Centre was opened as a free weekday resort! 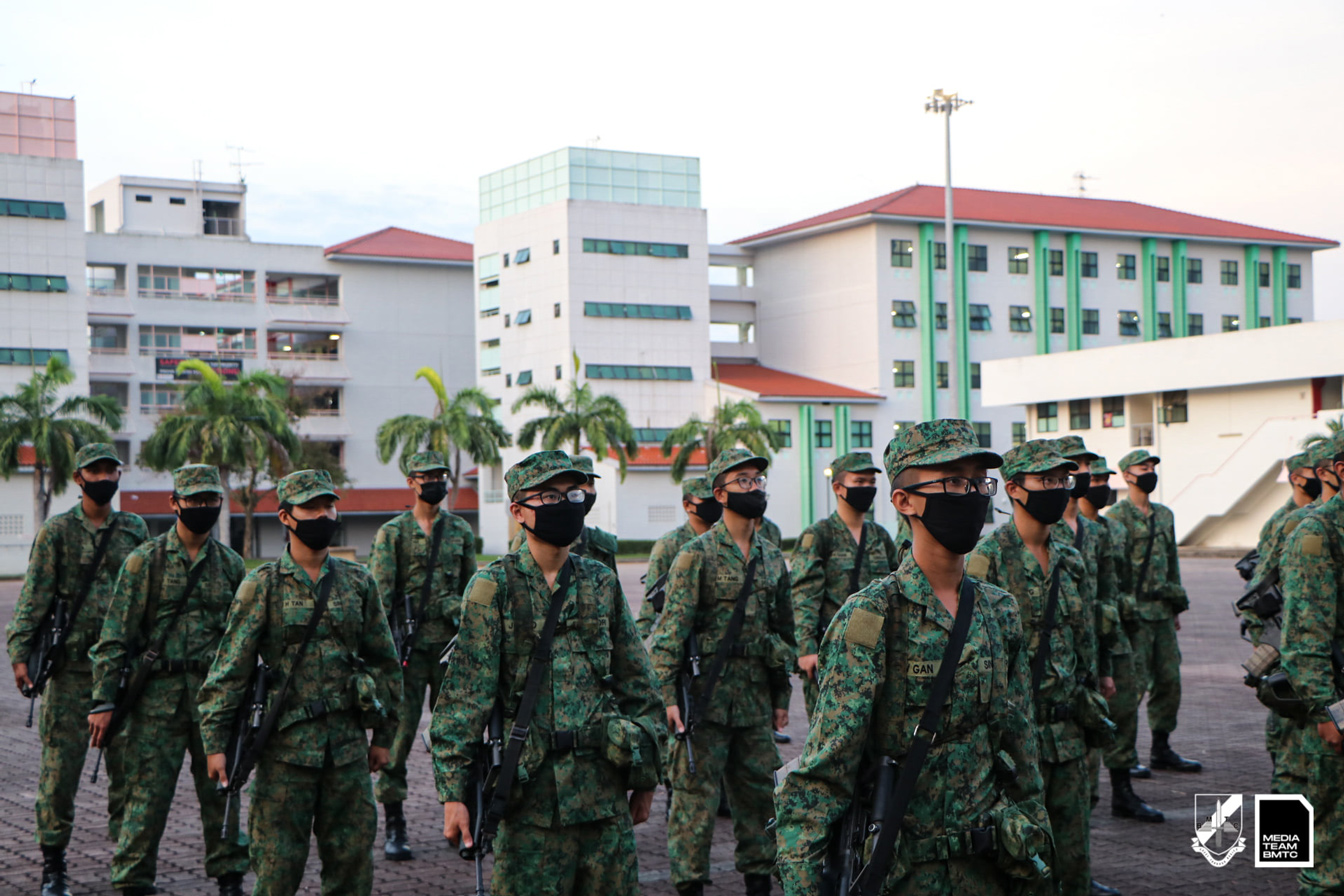 For the uninitiated, there are two camps in Tekong: Ladang and Rocky Hill. Together they house four training schools. Recruits here will enjoy many perks and privileges here like free haircuts and physical training sessions. They’ll also learn how to apply their own makeup, albeit only being in two shades. 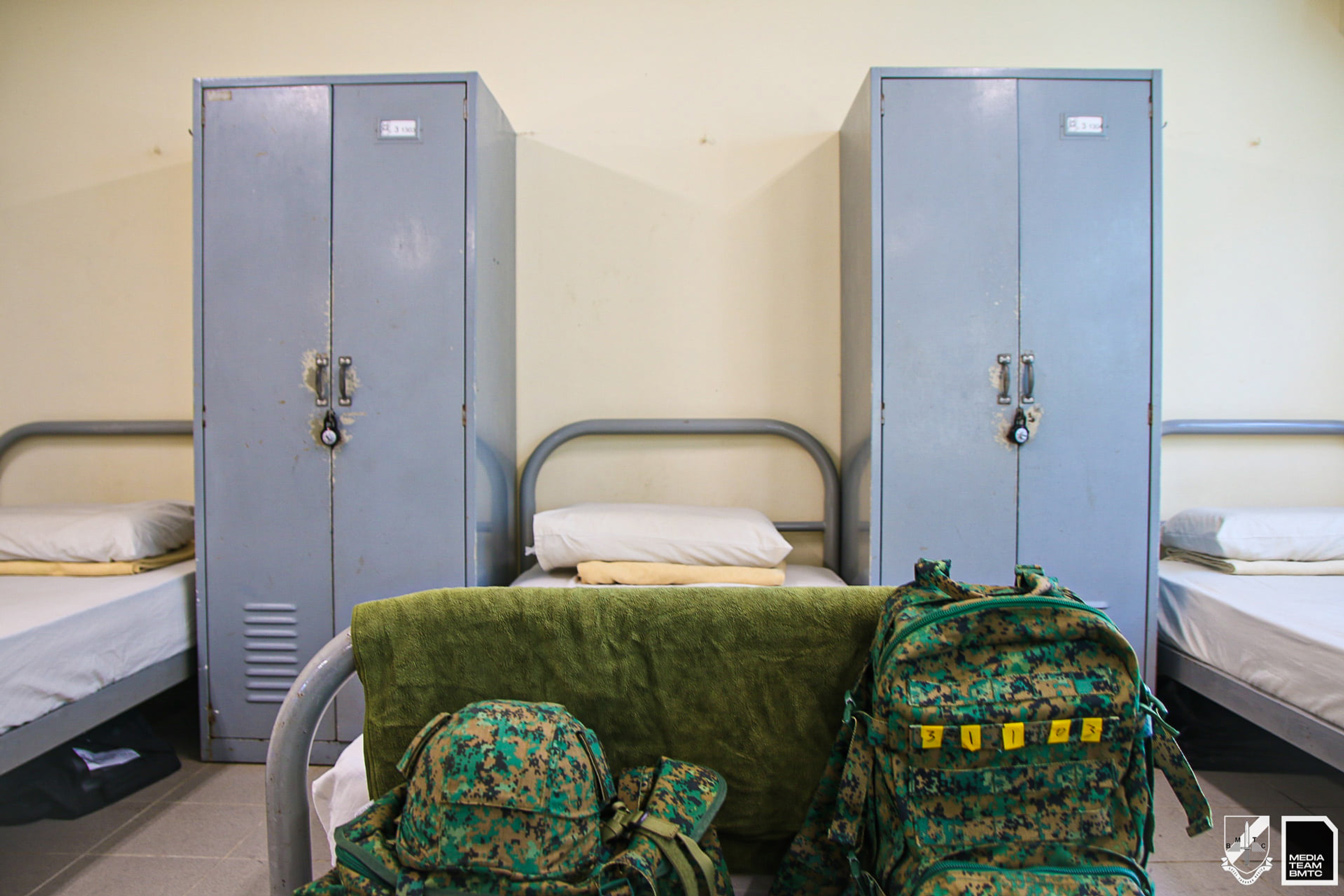 While recruits spend most of their time within the gated schools, they’ll often get to go on hikes – also called Route Marches – that take them into the far reaches of Pulau Tekong. On one of my hikes, we went all the way near the coast of the island facing Malaysia.

The excitement was short-lived when we heard some creepy noises, not to mention we were taking a rest in the middle of a plantation. Safe to say the march back to camp was a little more brisk than usual despite the fatigue. 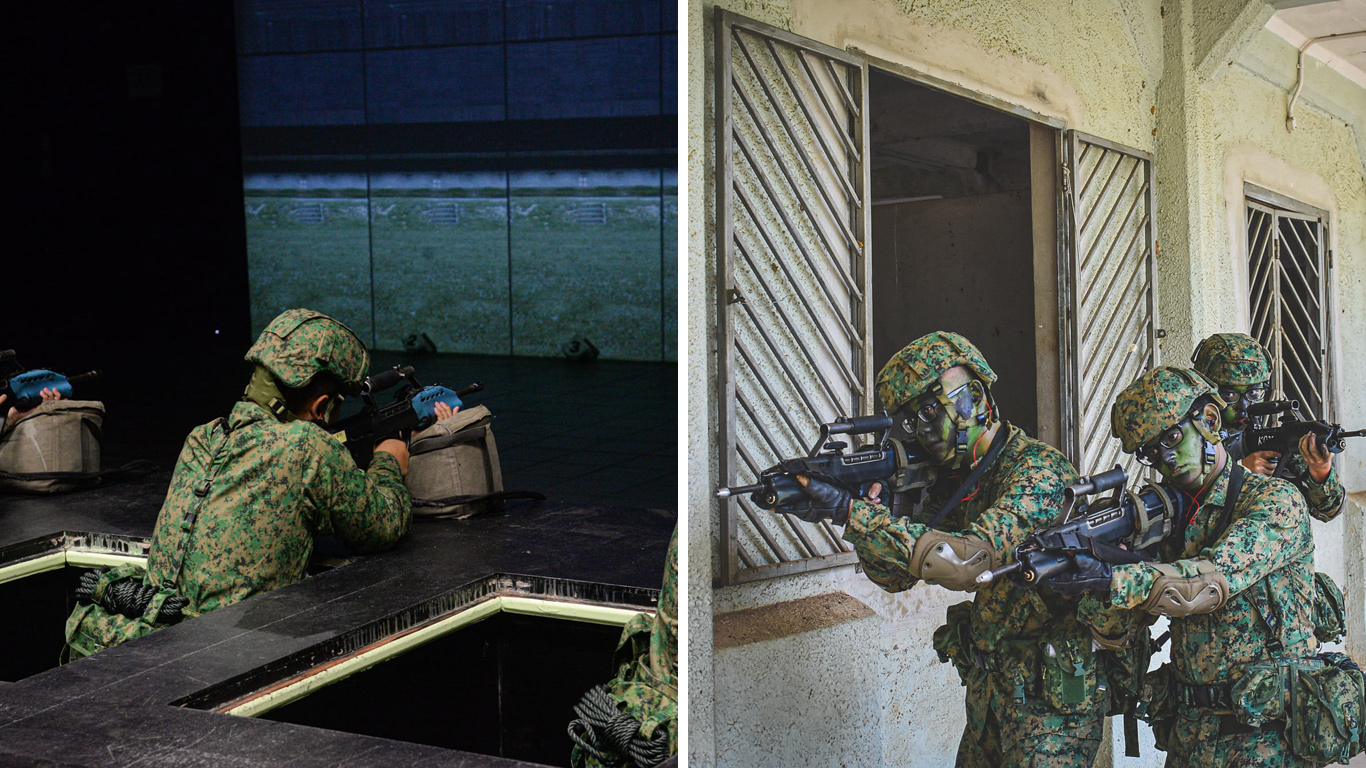 Recruits also have access to some state-of-the-art training facilities like a shooting simulator and built-up areas for close-quarter combat drills.

There’s also the occasional thrilling and dramatic event like in 2004 when three robbers from Malaysia and Indonesia fled from Johor to the island on a boat. The SAF and Singapore Police Force were deployed on a manhunt that lasted three days, and the fugitives were finally caught and charged. At least it was better than the Mas Selamat fiasco!

How to visit Pulau Tekong 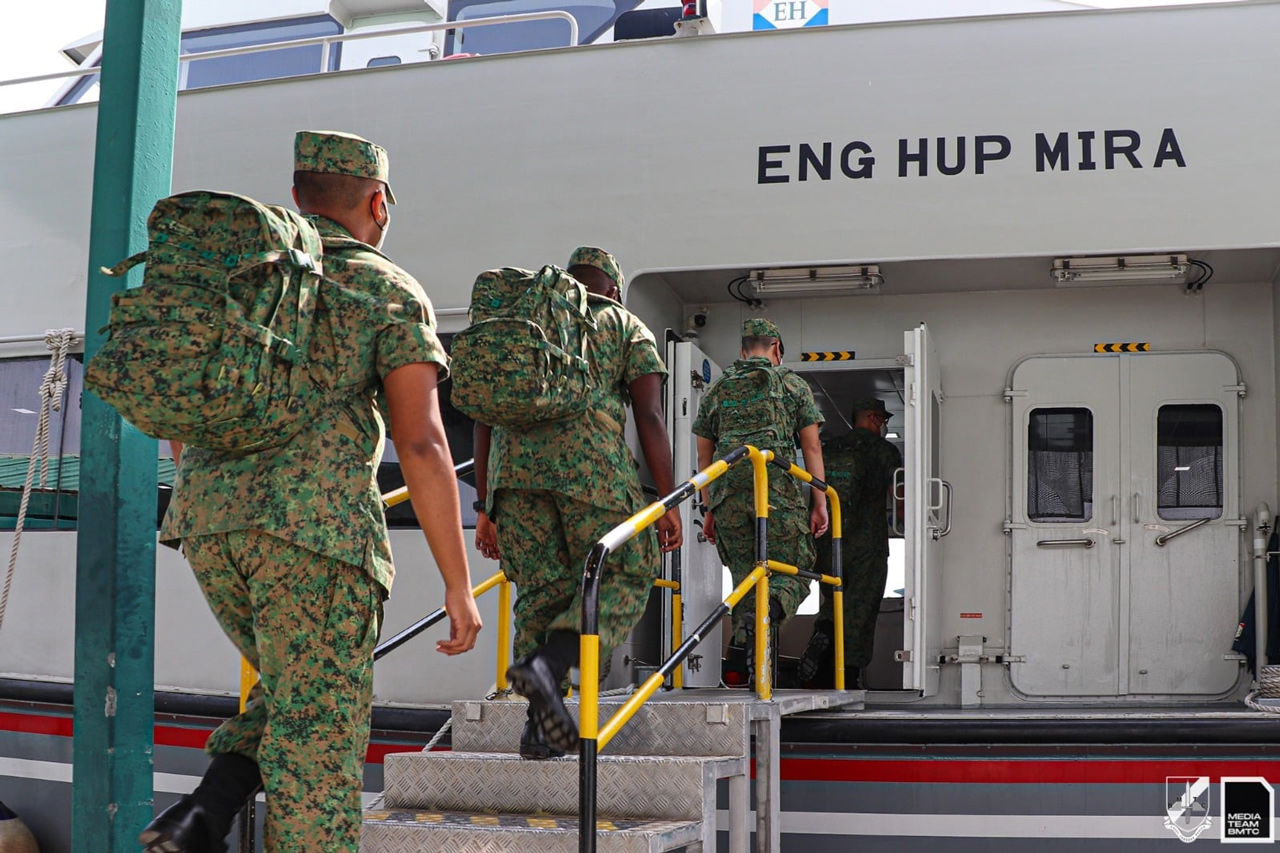 Unless you have a boyfriend or a son or a brother who is about to enlist in the army, your odds of visiting Pulau Tekong are slim to none. You can technically also choose to sign on with the army and get posted there. But let’s be real – the army life isn’t for everybody, and if you’re doing it just to have regular week-long staycations on the island, it’s not worth it.

*Due to Covid-19 restrictions, guests are not allowed to send off enlistees at the island and will have to do so at Selarang Camp or Pasir Ris Interchange instead.

Check out more of our army-related articles: 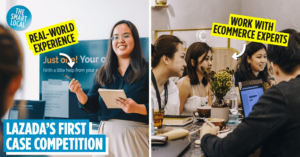 Lazada Now Has A Competition For Uni Students With Up To $8,000 Cash Prizes & eCommerce Internships
Bedok Reservoir: Charming Park In The City With Obstacle Courses, Water Sports & Affordable Cafes 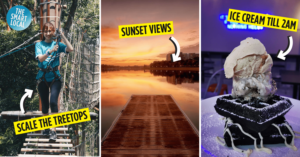