From minding our Ps and Qs to keeping green spaces clean, our little red dot has had a campaign for pretty much everything, and usually, with an adorable mascot to match. Just think Singapore mascots and names like Singa and Sharity easily come to mind.

But there are plenty more besides these old-school legends – some lost in the days of yore and others launched fairly recently. Here are 11 iconic mascots we’ve had: 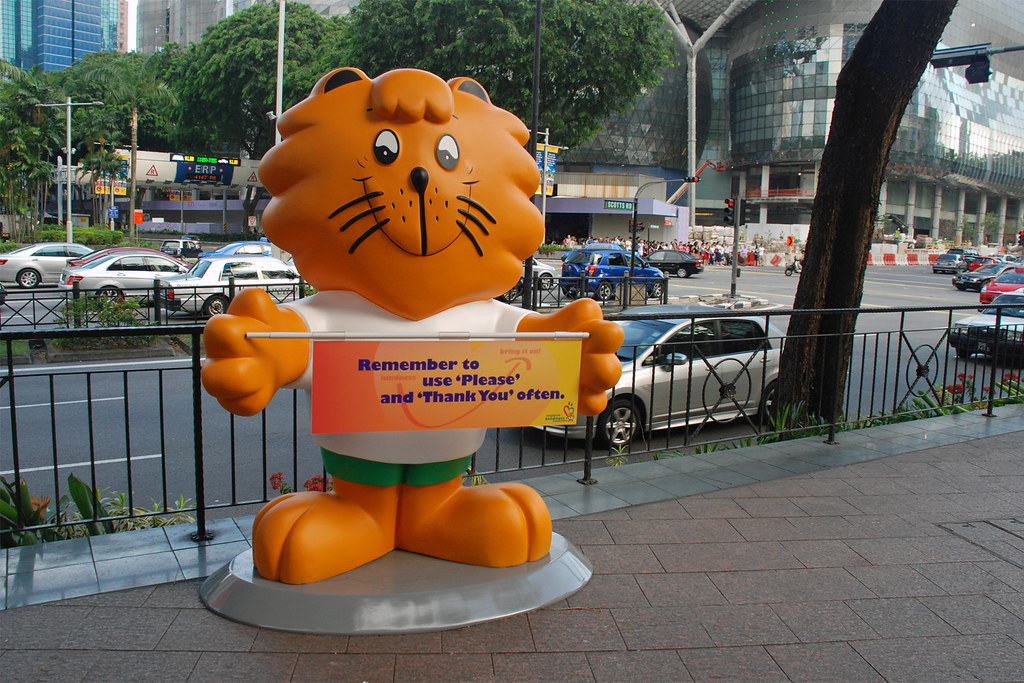 I know this isn’t a mascot ranking, but Singa the Courtesy Lion was truly the best we’ve ever had IMO. Launched as part of the “National Courtesy Campaign”, this lil lion made waves through the 1980s. He even had his very own exhibition in 1987 called “Singa City”, which attracted over 600,000 visitors during its month-long run. 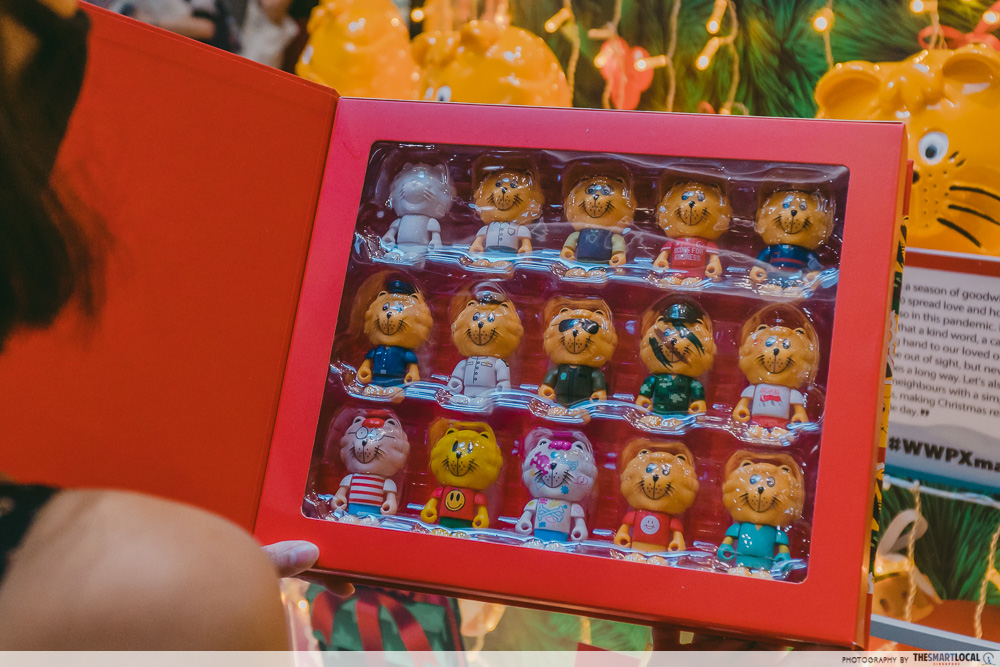 Singa probably has more merch than your favourite influencer, with everything from toys and clothes to his very own board game. Ugh, no choice but to stan.

In 2009, Singa was made the mascot of the Singapore Kindness Movement, until he made waves yet again – this time, for quitting on Singaporeans and calling us out on our lack of graciousness. 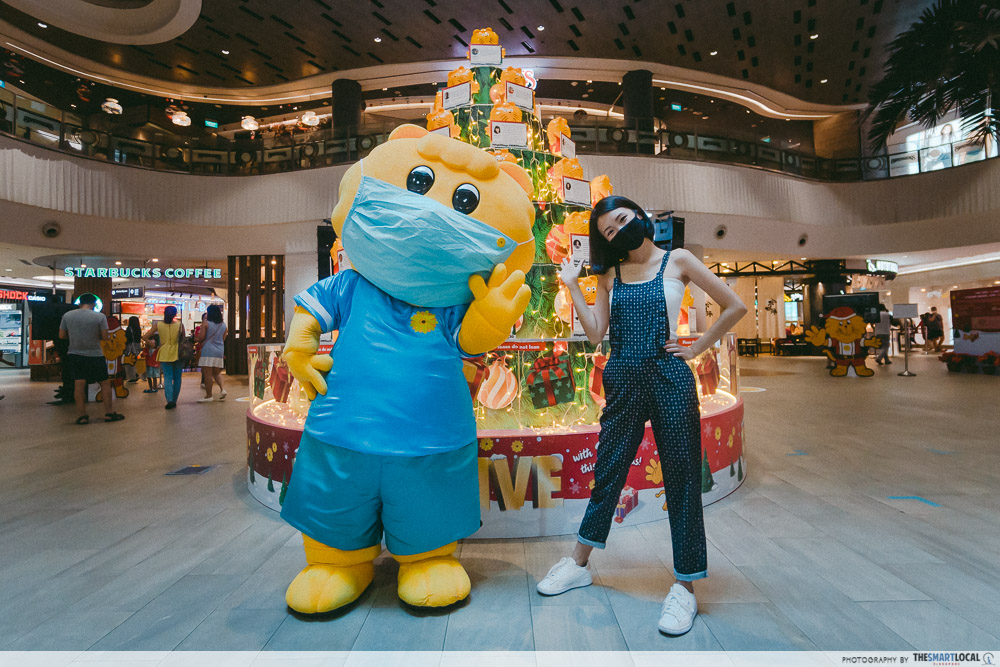 The good news is that Singa didn’t leave us forever. You can still catch him at special events up till today, abiding by Covid-19 rules like the rest of us. 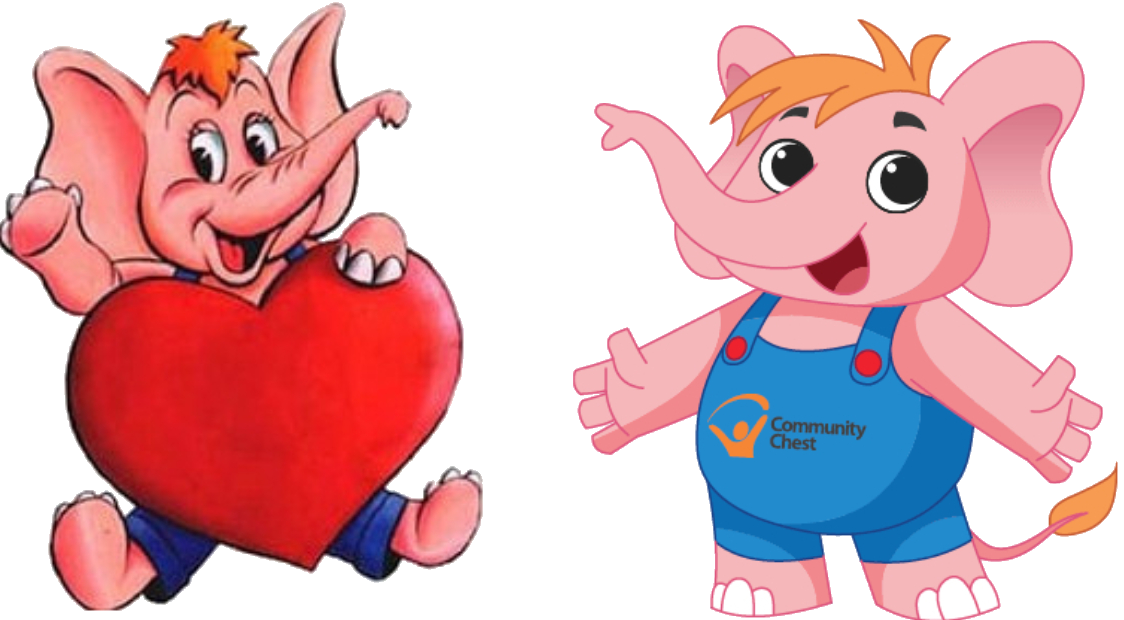 Sharity has gotten quite the makeover over the years – looks like he’s also received the 2D treatment as many other brands have lately.
Image credit: Philatelic Pursuits

Introduced just two years after Singa, Sharity – that’s “share” and “charity” mashed up – is another one of our oldest mascots. This pink elephant was part of the Community Chest’s initiatives to instil the importance of sharing and caring in children. 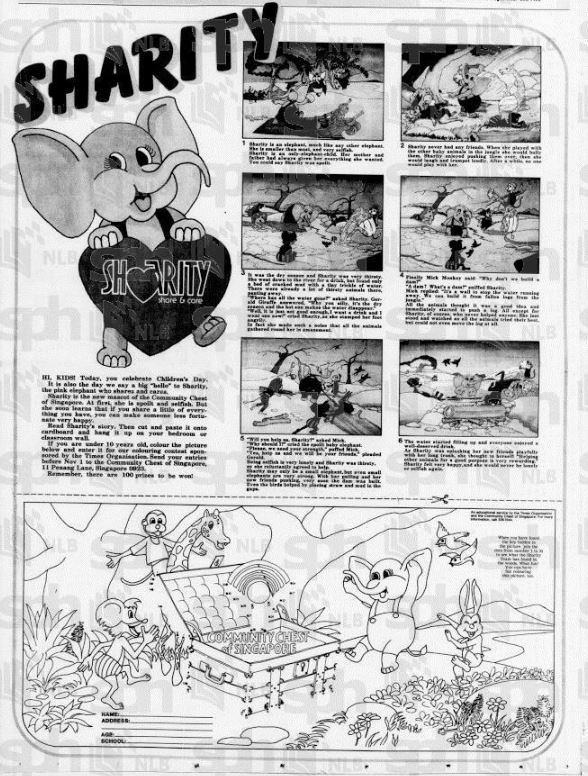 One of the first few newspaper clippings of Sharity in 1984
Image credit: NewspaperSG

Interestingly, records seem to show that Sharity was originally a female before a rebranding in 1987, with the elephant then being introduced as a “he”.

Oh, and here’s a fun fact: his favourite food is ice kachang. 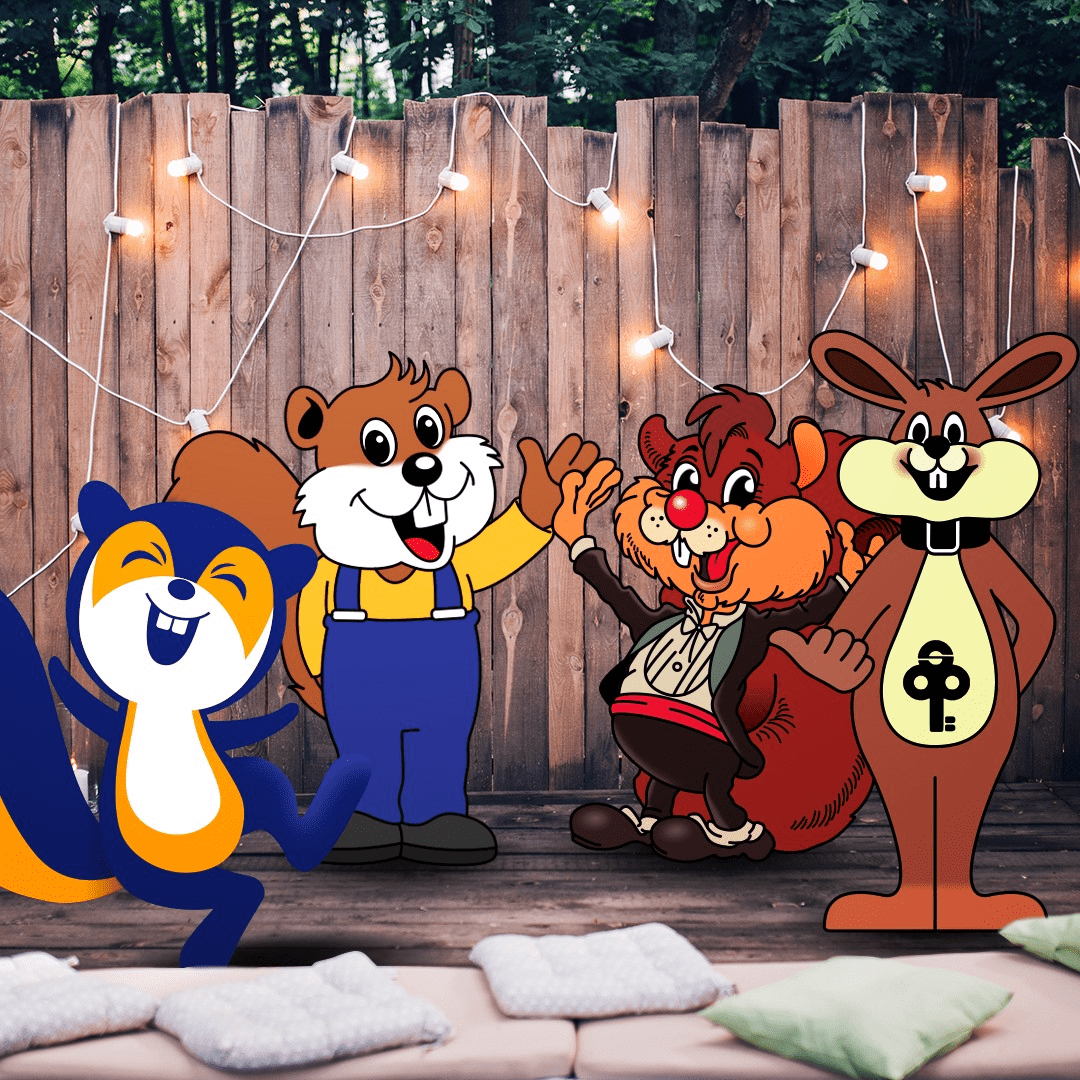 Whether you were born in the 90s, 80s, or 70s, you would remember this buck-toothed critter being on your POSB Kids’ bank books. 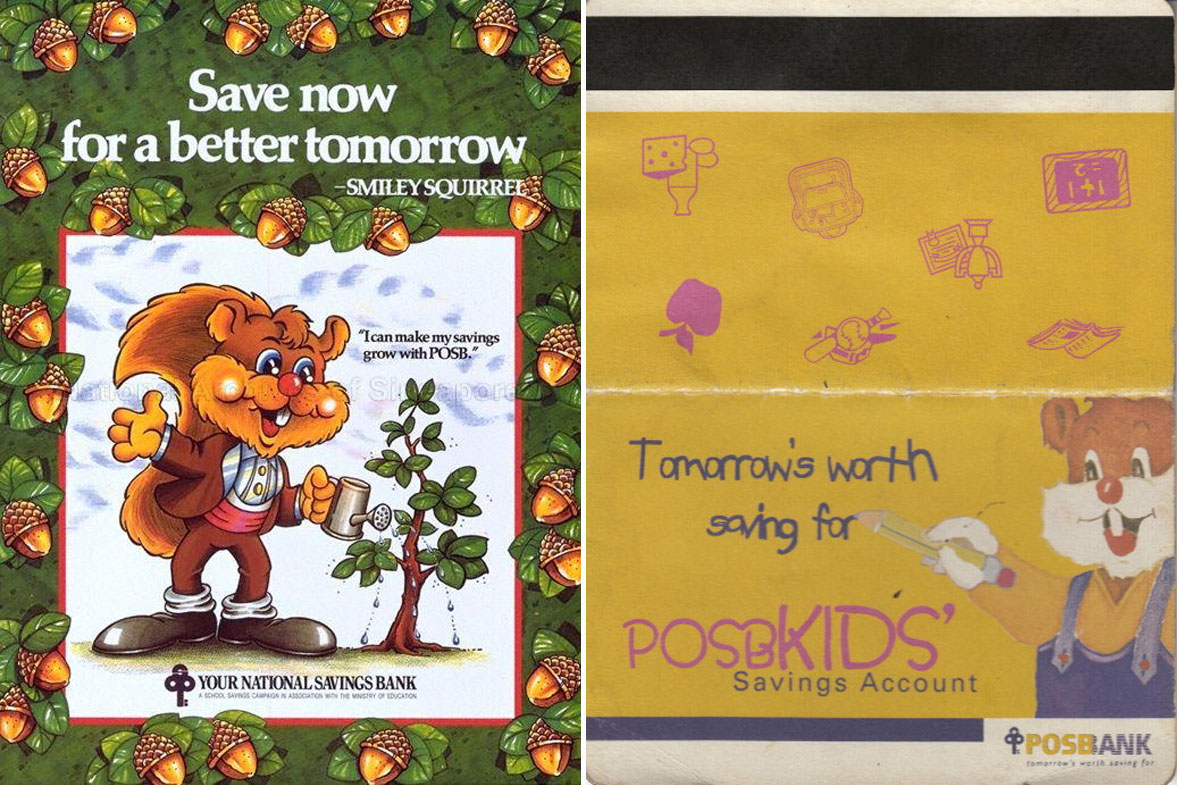 Smiley Squirrel is the oldest one on the list, running through the 1970s till 1998 when it was retired after DBS took POSB under its wing. 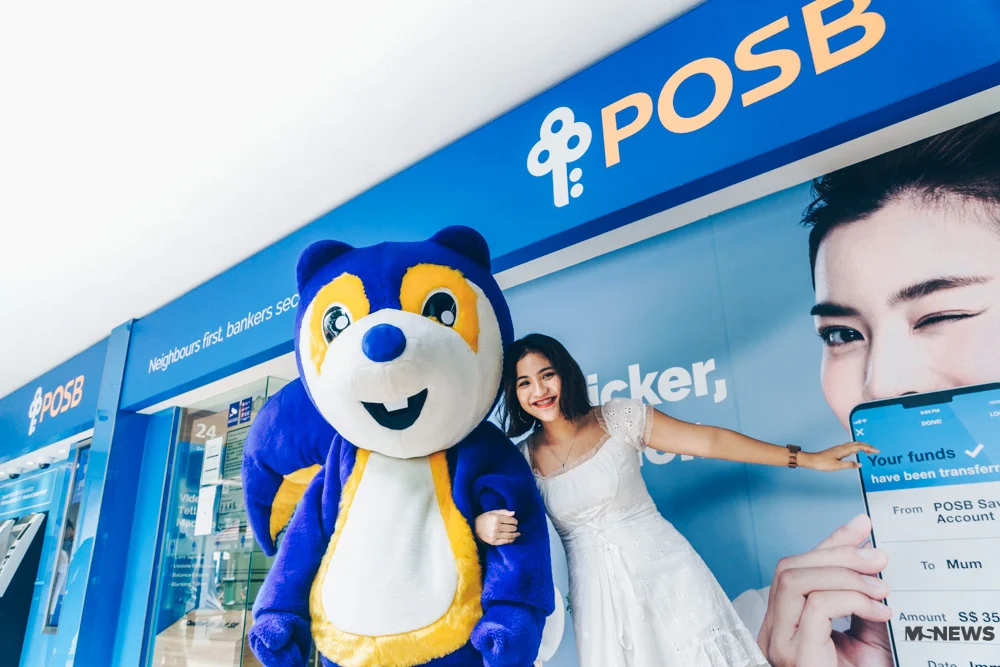 However, Smiley surprised us all with a brand new look in 2008 when it made a comeback as part of DBS’ “People’s Bank” campaign. 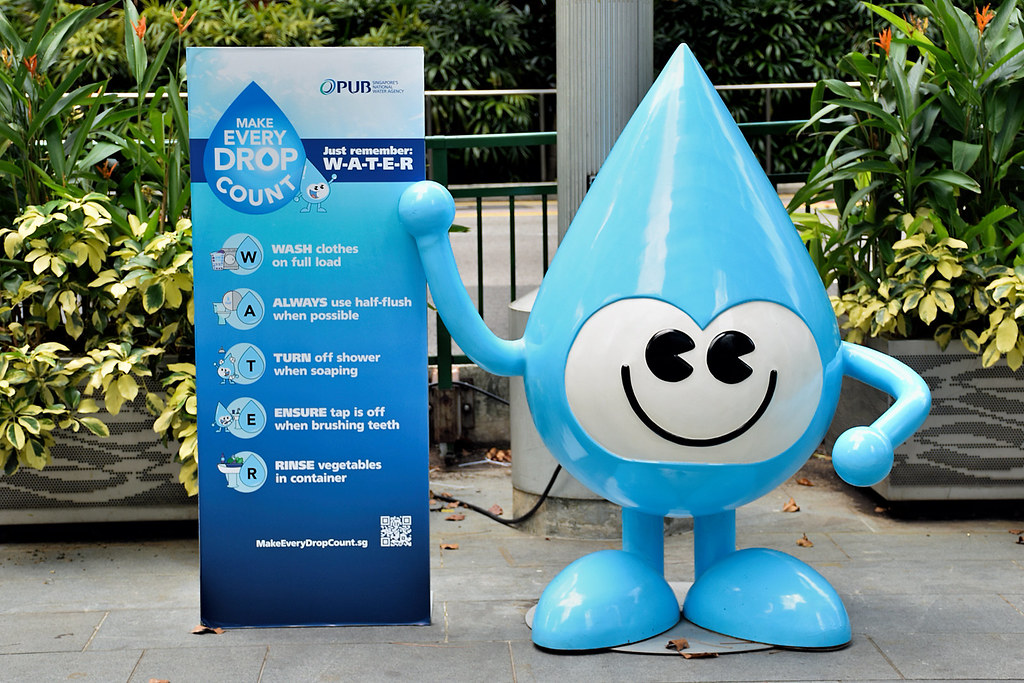 Breaking the barriers of being a traditional mascot (y’know, animals) is Water Wally, the biggest water droplet on earth. No points for guessing who he represents either – PUB of course. 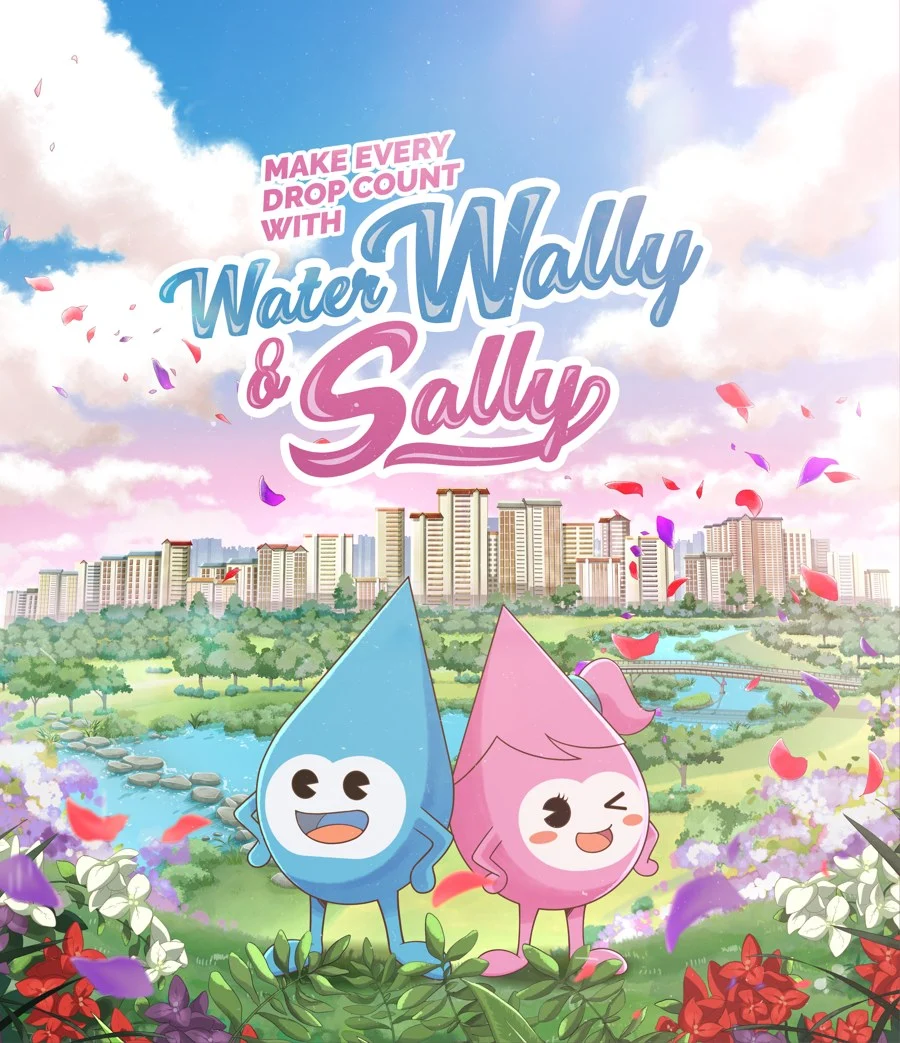 Water Wally’s sister, Sally, was revealed to the public in 2020. TFW a water droplet has a sibling and you don’t.
Image credit: PUB

Wally aims to spread awareness of protecting Singapore’s water resources as well as keeping our waters clean. He even scored a nine-part original series on okto in 2009 and has merch for fans who’d like to bring him home. 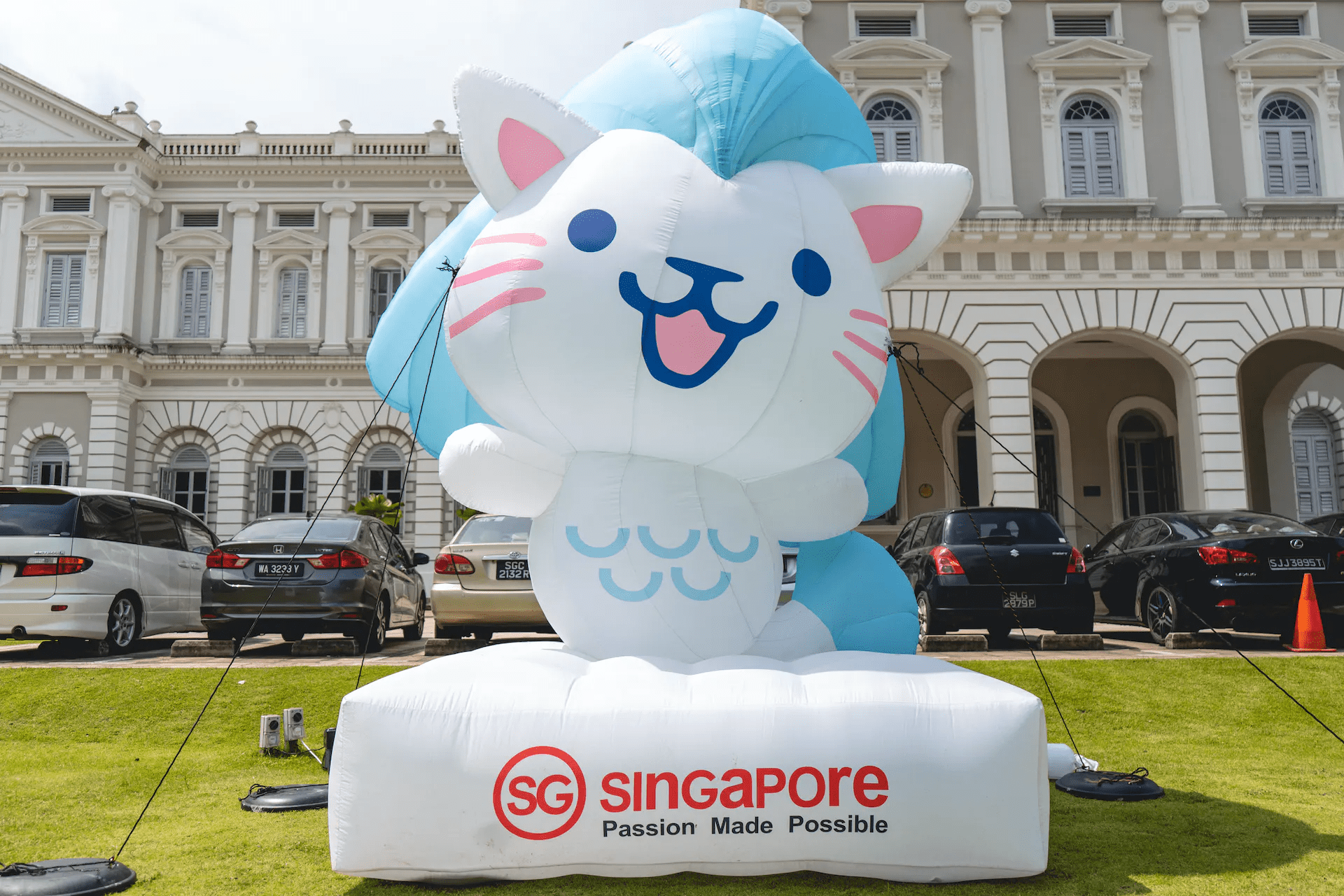 The Merlion technically has always been Singapore’s official mascot, but c’mon, have we seen it looking this cute? Meet Merli, one of the newest additions to the gang. As part of STB’s “Passion Made Possible” campaign, this kawaii Merlion was designed to appeal to families and younger kiddos.

If you haven’t had the chance to see him in action, you can watch Merli and his buds in their very own short animation series on STB’s YouTube channel. 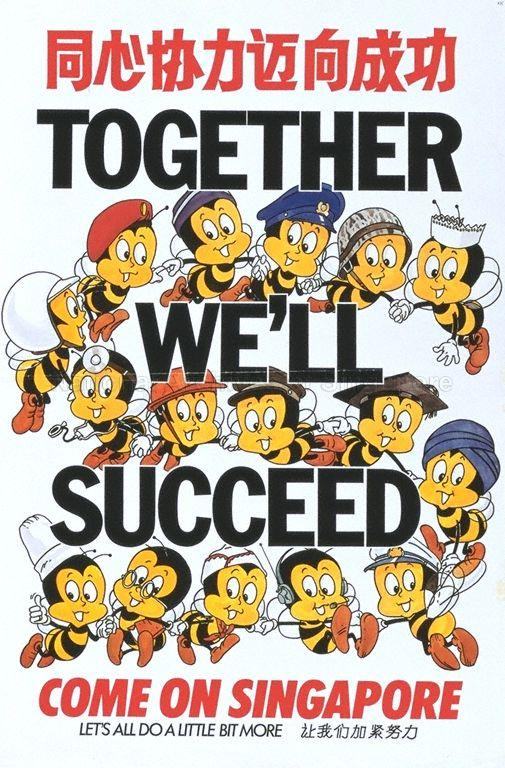 Teamy the Productivity Bee who? If you’re a Millennial or Gen Z young’un, chances are you’ve never heard this name before. Teamy acted as the official mascot for the National Productivity Board – yes, that was a thing – promoting efficiency at the workplace. He even had a jingle: “Good, better, best! Never let it rest. Till your good is better and your better, best.”

NPB eventually merged with the Singapore Institute of Standards and Industrial Research (SISIR) in 1996, and Teamy officially retired three years later in 1999. 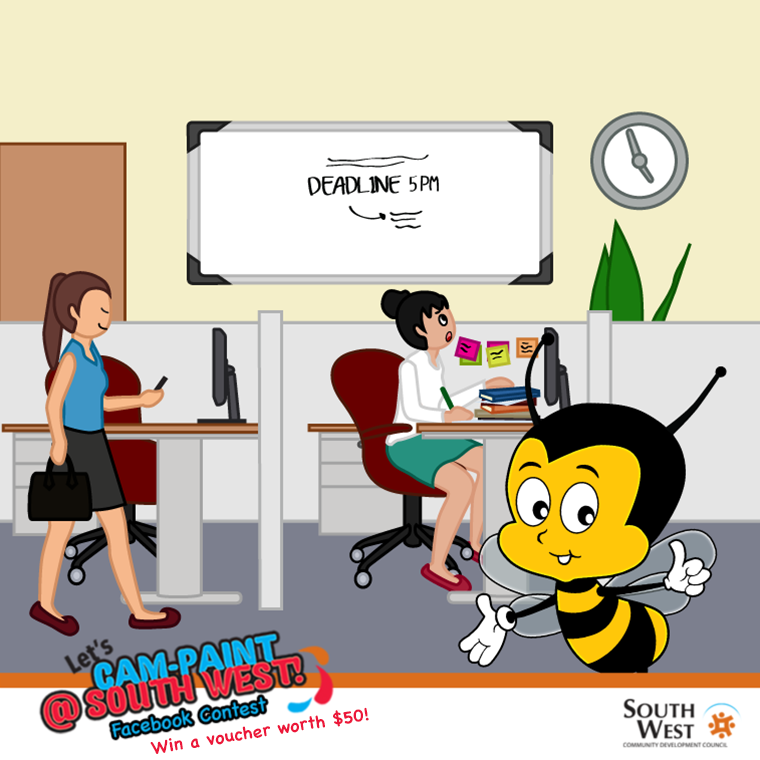 However, he’s still made appearances since then, releasing PSAs about smoke breaks and dealing with stressful deadlines. 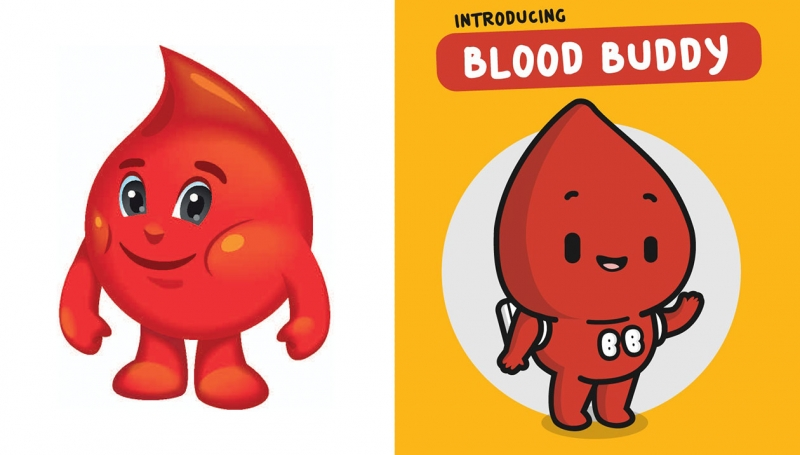 Now that’s what I call a ✨glo up✨
Image credit: Marketing Interactive

Just when you thought Wally was the most unique mascot on the list, in waltzes Blood Buddy. BB (that’s his real nickname!) has represented the “National Blood Programme” since 2005, encouraging Singaporeans to follow a healthy lifestyle and become regular blood donors.

He got a makeover in 2021 as part of the new “One More Step” campaign, and I never thought I’d say this sentence in my entire life, but blood has never looked cuter. 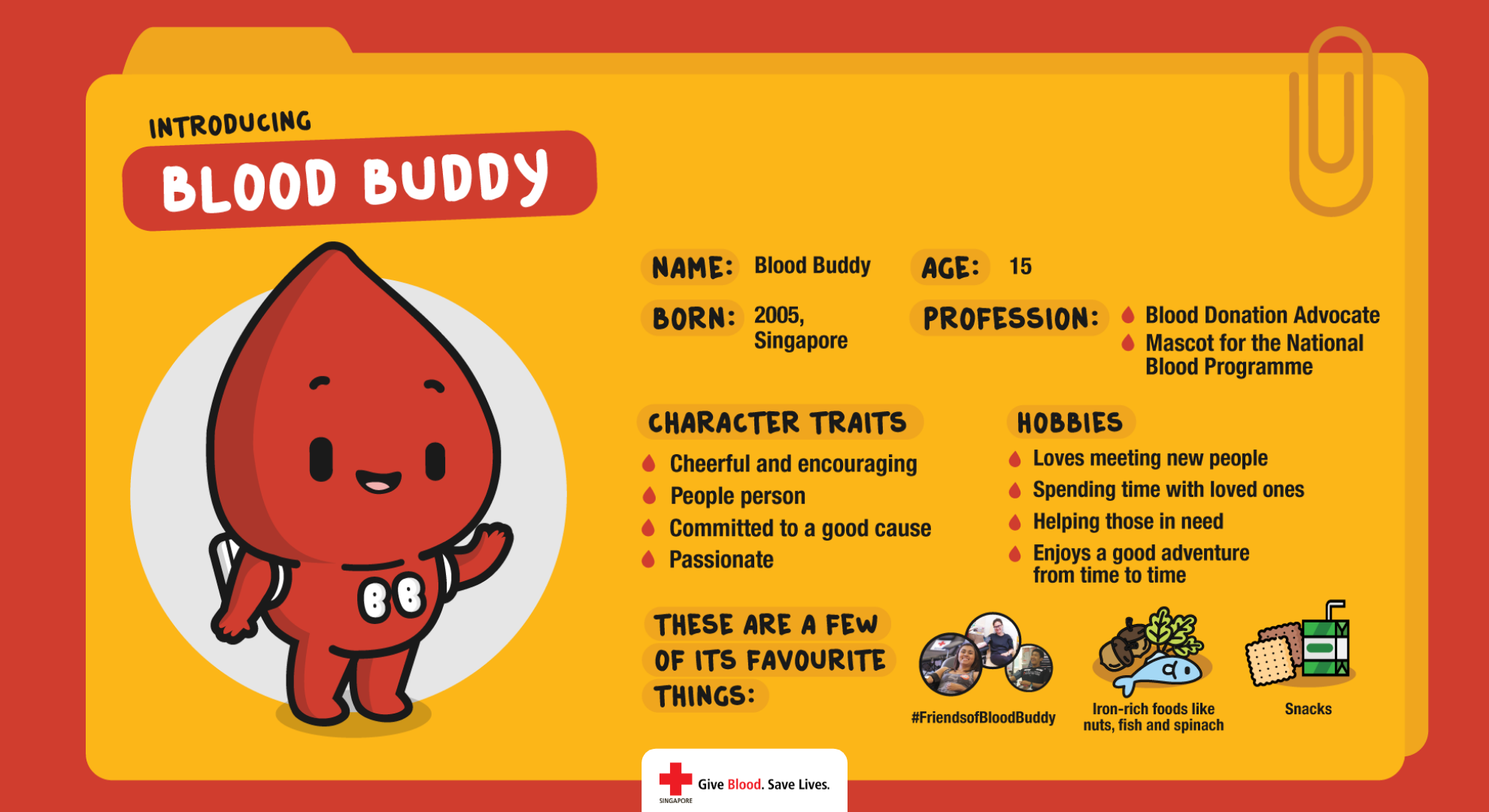 And while some of y’all are struggling with your Tinder bios, our boy BB has an entire social media profile with the 411 on what you need to know. 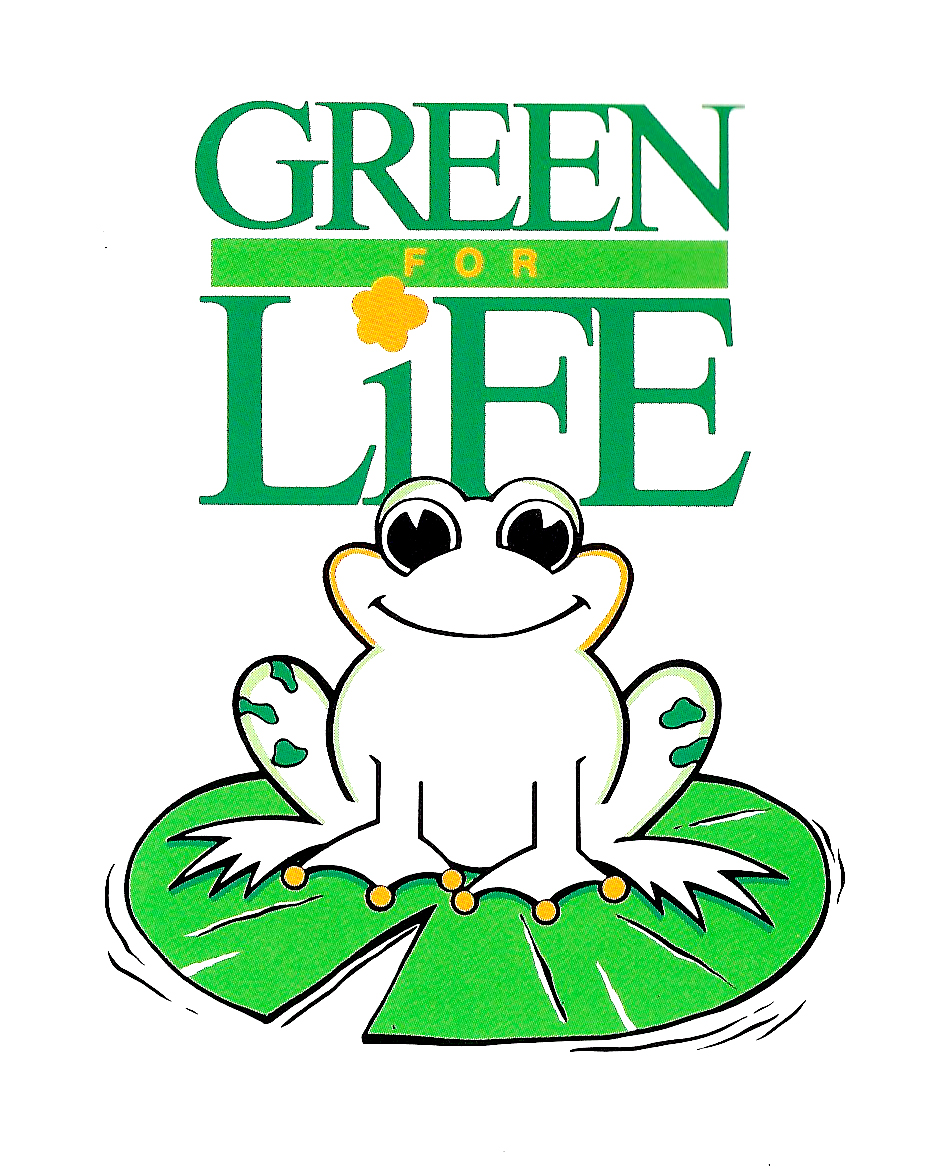 Singapore has always been known as a clean and green city, and the honourable Captain Green is one to thank. The frog has been NEA’s mascot since November 1990, when the very first “Clean & Green Week” campaign was launched.

Over the years, Captain Green has had a book series and even a superhero rebranding in an attempt to reach out to children. 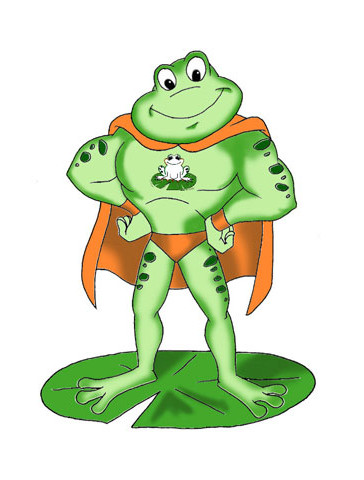 There’s a good reason why Captain Green is a frog too – these amphibians are known to be sensitive to changes in the environment and can be observed to gauge how healthy an ecosystem is. 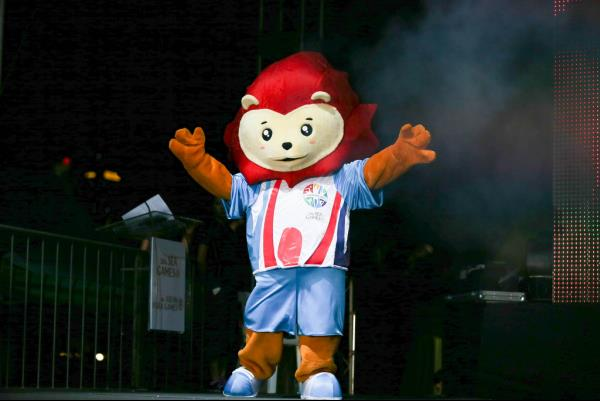 Singa ain’t the only lion in the pride no mo
Image credit: VoxSports

With a name inspired by none other than Sang Nila Utama and a red mane to represent a fiery passion for all things active, Nila is the face of SG’s sports scene. He was initially created for the 2012 Singapore National Games and was later the mascot for the 28th SEA Games and 8th ASEAN Para Games in 2015.

Nila takes the cake for being the cheekiest mascot on the list. Though not as active as before, his Twitter account is a gold mine of jokes: 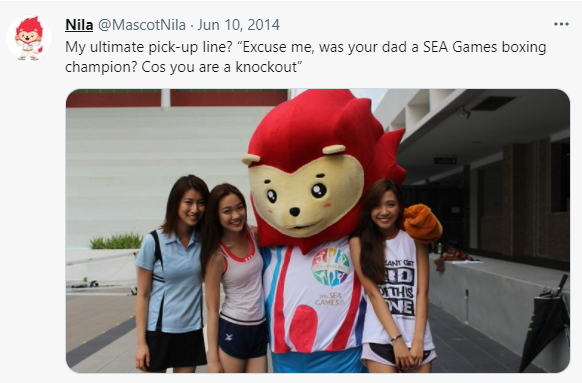 Nila isn’t the first lion to be a mascot for national sports either – Lyo and Merly represented the 2010 Summer Youth Olympics, Frasia was created for the 2009 Asian Youth Games, and we even had another Singa for the SEA Games in 1993. 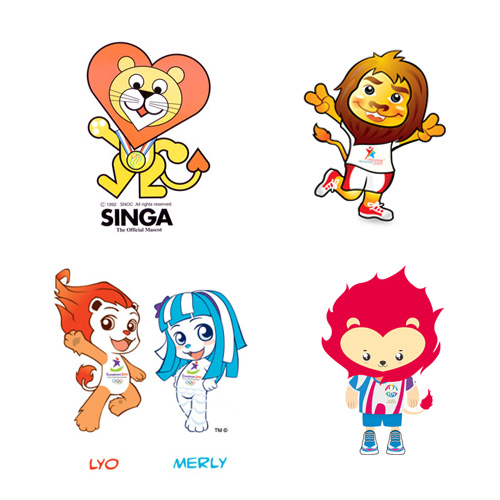 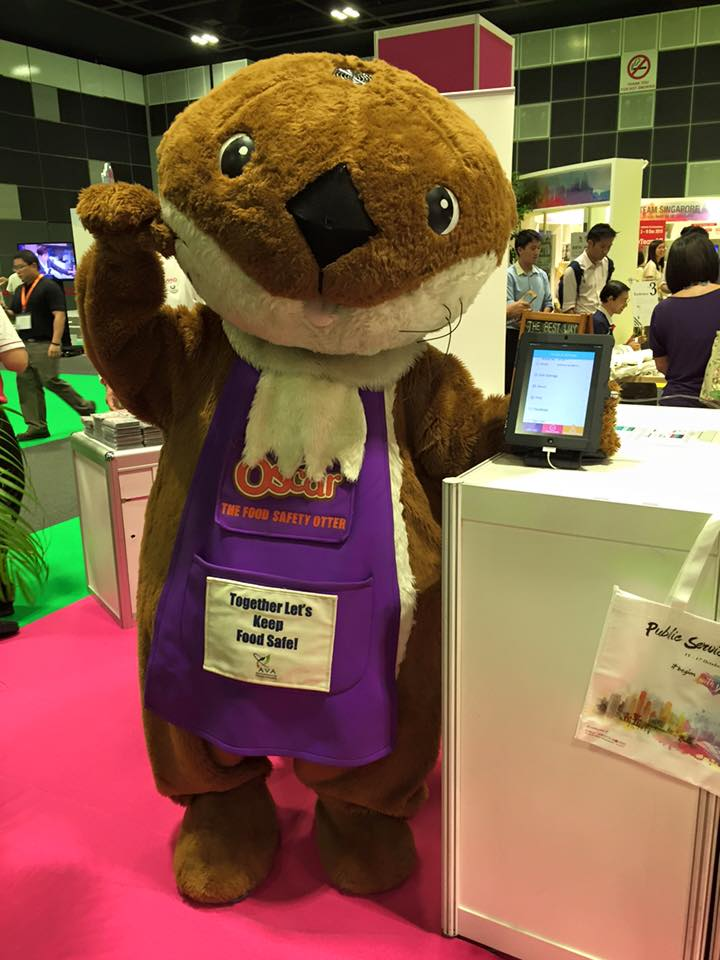 Before Otah the Otter came Oscar, the adorable food safety rep for AVA.

Oscar is an Asian otter, a species that’s known to have hygienic habits like washing their food before eating – something we humans ought to be doing too. He’s been a large part of AVA’s campaigns and has been spotted at fairs, supermarkets, and other outreach programmes since 2010. 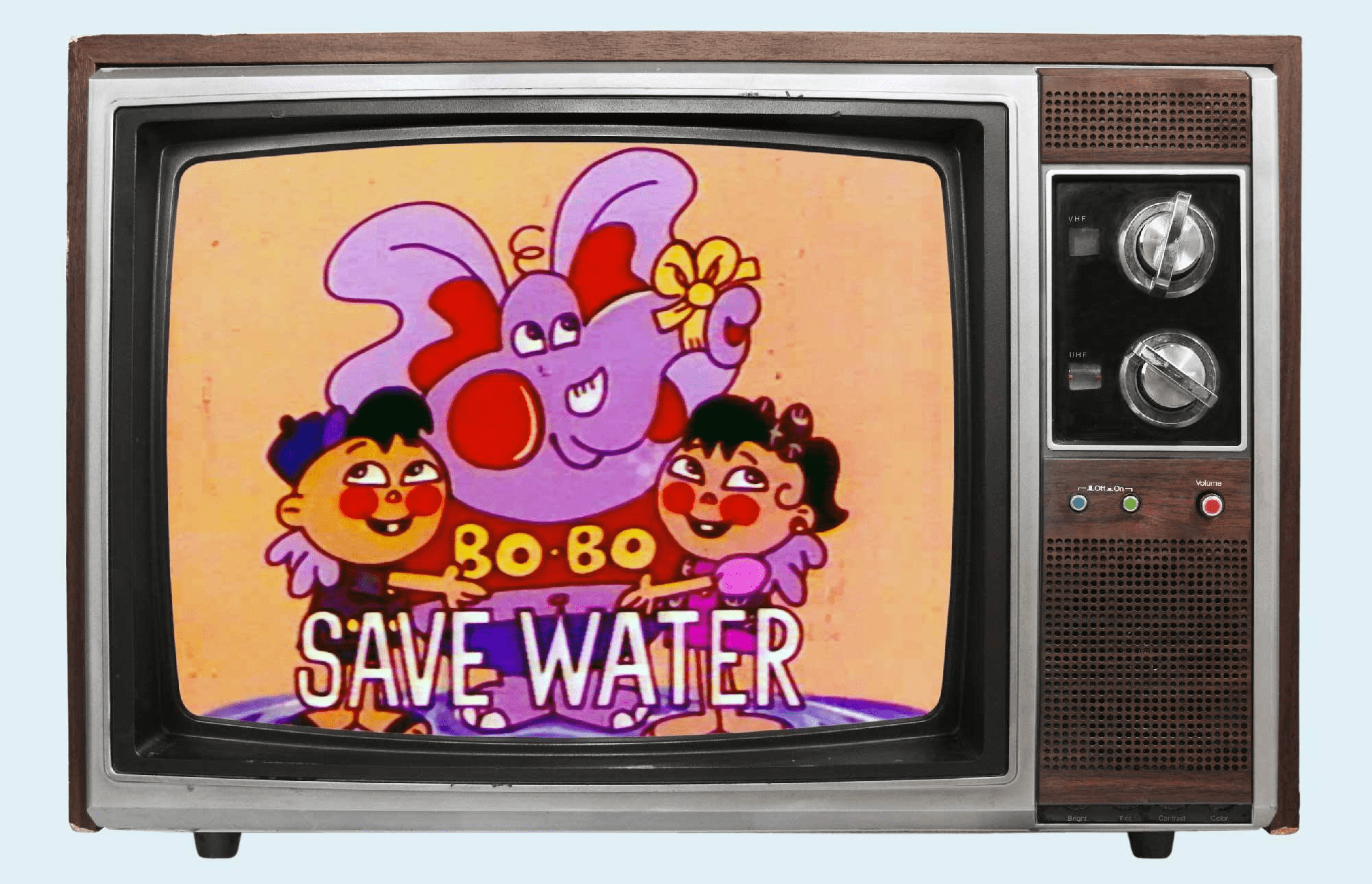 Water Wally wasn’t the only mascot that PUB rolled out – the 70s saw the launch of Bobo the Water Saving Elephant, which raised awareness for water conversation. Bobo was targeted especially towards instilling good water habits in children and was featured heavily in the media, with cartoons and advertisements on the telly. 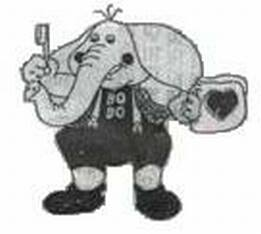 Not much is known about why Bobo was phased out – I guess some things will always remain a mystery. 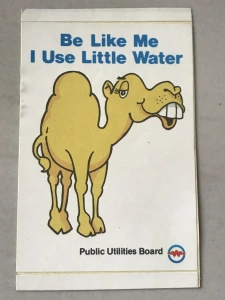 This mysterious camel with no name entered the scene briefly in 1983 as part of PUB’s “National Water Conservation” campaign. Things were going well for him at first – he was even unveiled by Dr Tony Tan, who was our then-Minister for Trade and Industry – before getting scrapped shortly after.

Funnily enough, camels are known to consume large quantities of water (we’re talking about 70L at a time, yo) which likely meant that it wasn’t the best choice for the campaign – especially not with that slogan.

Whether you were alive during the time of Bobo and Teamy or used to catch Singa campaigns IRL in the 00s, these Singapore mascots remain an iconic part of our country’s identity. Plus, not every country can boast about having some of the cutest mascots ever – we’re looking at you, BB. 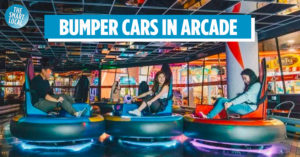 Timezone Vivocity: One Of Singapore’s Largest Arcades With Bowling, Bumper Cars & Minecraft Dungeons Arcade
How To Prevent Acne - 7 Easy Tips For Singaporeans To Stop Breakouts Including Those... 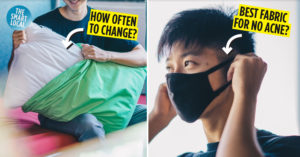