Fast food has more or less reached national pastime status. There’s no questioning Singaporeans’ love for fast food – be it KFC’s Hot & Crispy Chicken or McDonald’s McSpicy – these chains have filled our bellies with guilty pleasures for as long as we can remember.

But if you ever question exactly how long, you’ll be surprised to learn that fast food has been around pretty much since our independence. Some have come and gone, some came back while some underwent massive revamps. These longest surviving fast food chains in Singapore may look vastly different then & now, but they’re still dear to our hearts.

For more on fast food & memories, check out these articles: 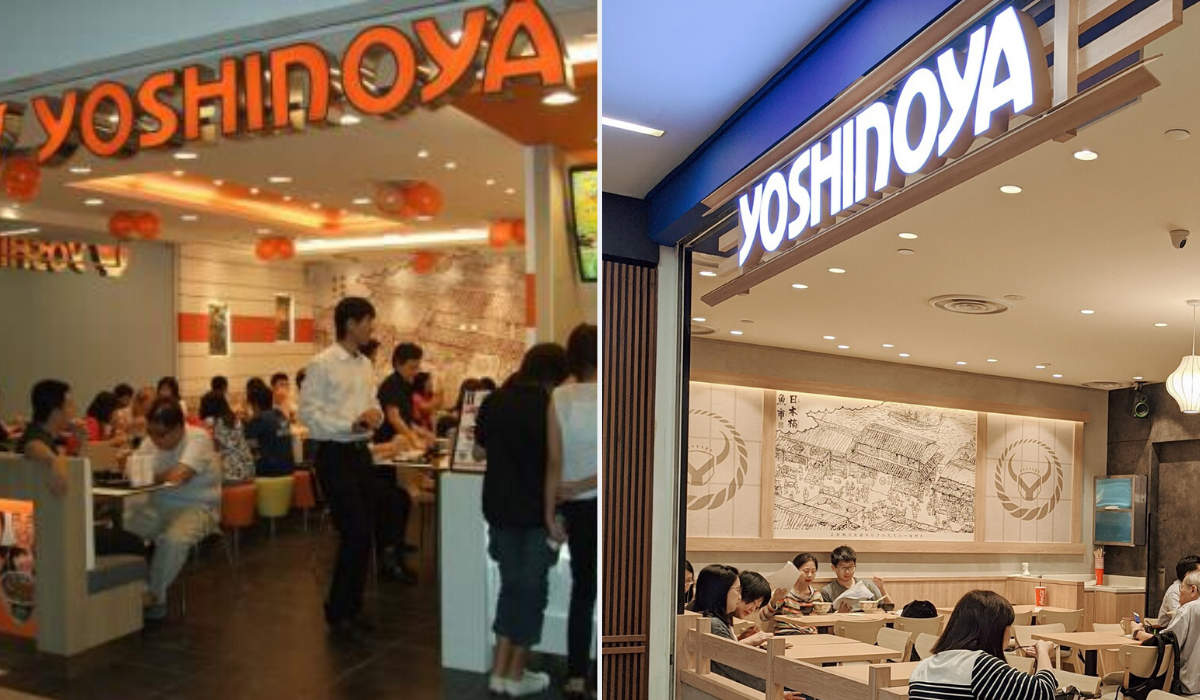 It’s always refreshing when a fast food chain that isn’t fried chicken comes around, and that’s exactly what Yoshinoya brought to Singapore when it opened its first outlet at Ngee Ann City back in 1997. The Japanese chain serves rice bowls, udon, and curry rice among other dishes that are guaranteed to warm your belly.

Lately, the brand has been reinventing itself with a new concept menu as well as renovated outlets island-wide. The Yoshinoya-of-old felt small and vintage but the stores today are much more spacious with more colourful meals, including new items like tonkatsu sets and ramen. The world is no stranger to Subway, with the chain boasting over 40,000 stores in over 100 countries. Subway captured the attention of Singaporeans back in 1996 by offering healthier alternatives to typical fast food. Since then, they’ve been a go-to for when you need a quick sandwich – or a delicious cookie.

Most of us should be able to remember their “Fresh Fit” campaign over a decade ago where they sent fitness ambassadors to perform random acts of fitness at their outlets. With the 50 outlets still here today, they’ve still managed to keep themselves fresh. The story behind MOS Burger is an inspiring one. It all started with a Japanese man with a dream, working in an American burger joint, who returned home, made his own style of Japanese hamburgers and spread it around the world – including Singapore in 1993. The famous rice burger was a hit, and still is today. Recently, they’ve even created the MOS Chilli Crab Burger to satisfy local taste buds. 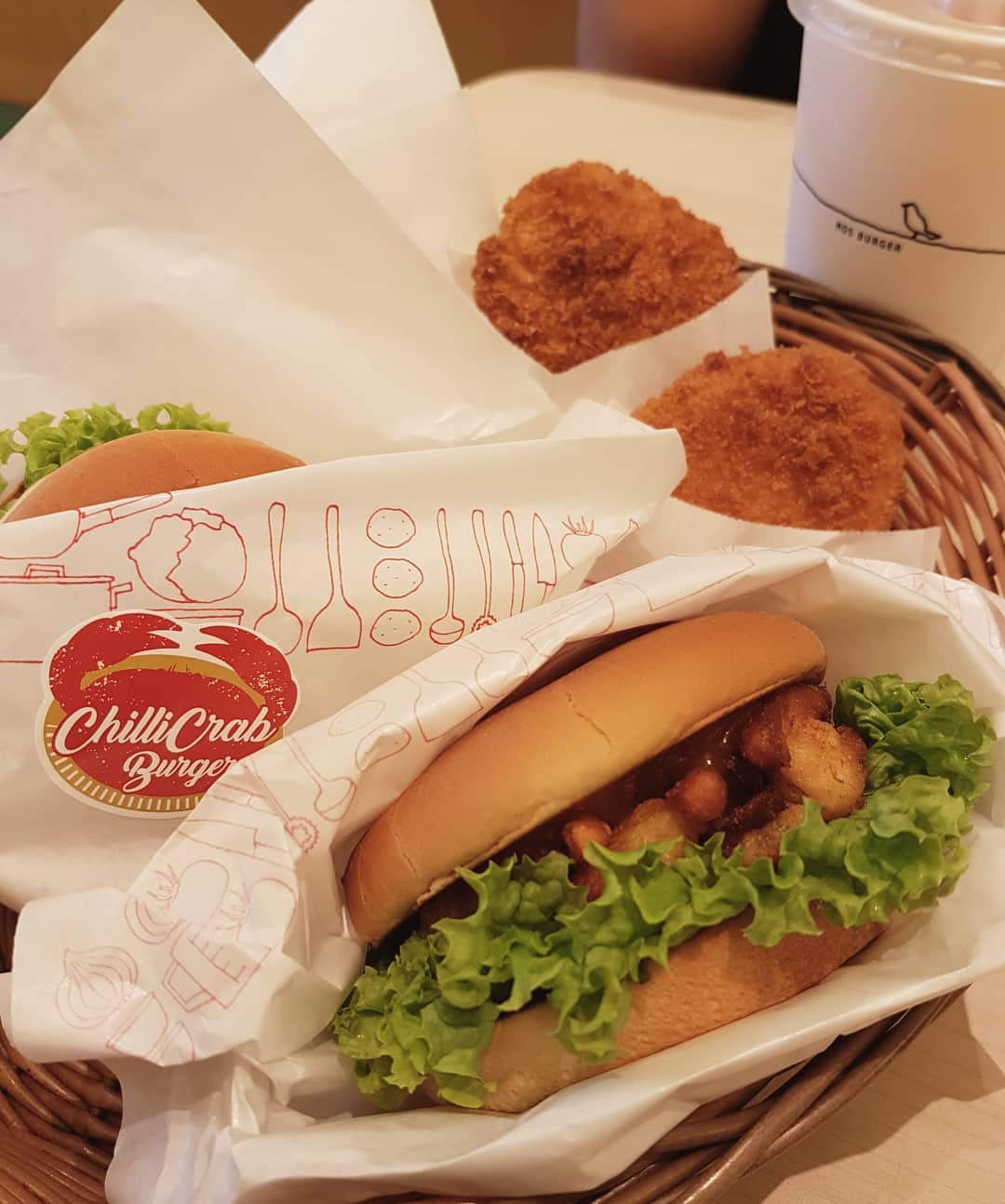 The first outlet at Isetan Scotts relocated, but the second-ever outlet in Junction 8 at Bishan was given a new makeover and is still operating!

Fun fact: Domino’s Pizza actually arrived in Singapore all the way back in 1992, but sadly closed down in 2000 due to fierce market competition. In 2009, they launched a comeback with improved operations and better market knowledge and has been going strong ever since. With our seemingly undying love for chilli crab, Domino’s latched on to the trend and launched the Chilli Crab Pizza and Power Chilli Padi Crab Pizza. Although it may be relatively unknown with the Gen Z kids today, those who know Arnold’s know that their fried chicken is delicious, crispy and bursting with flavour. Up until today, their nostalgic, cafeteria-like plates still serve their signature Spring Chicken Meal with a side of fries and coleslaw.

The first-ever City Plaza outlet got a swanky new upgrade with a fresh coat of paint and an electronic ordering system. A new outlet also opened at Tampines last year, proving that Arnold’s isn’t showing any signs of slowing down.

Long John Silver’s jumped on the fast food train in Singapore very early and brought quick-service seafood to the island all the way back in 1983.

Many grew up on the tasty, spice-laden, deep-fried crumbs that were sprinkled atop every ordered set – and probably asked for more as well. The battered fries are amazing and are a contender for being one of the best on the island.

The second-ever Burger King in Asia was located at Peninsula Plaza in 1982 and established themselves as fast food royalty from the get-go. Early on, the brand managed to capture Singaporeans’ hearts by infusing well-known flavours into their menu such as the Rendang Burger or Hainanese Chicken Burger, both of which occasionally make reappearances today.

They’re constantly changing up their game, with recent additions being the Mala Stacker Burger and Kopi Siew Dai Pies. The largest pizza chain in Singapore – Pizza Hut – first arrived in 1981 at Jalan Jelita, Holland Road. They were also among the first to launch the home-delivery concept, with the first pizza delivered in 1986. It’s not easy to forget those family trips to Pizza Hut or the amazingly cheesy toppings and cheese stuffed-crusts that you drool over. Till now, they’re still the reliable chain for when you need pizza for a party, event or just a simple dinner at home.

Arguably top among national favourite fast food chains, the famous golden arches of McDonald’s are probably etched in the memories of every Singaporean. From a single store at Liat Towers in Orchard in 1979 that broke the record for most burgers sold in a single day, it now holds 40% of the fast food market share with 135 outlets as of 2019.

As one of the longest surviving fast food chains in Singapore, McD outlets have long been hangouts for students to eat, talk and study after school days and will most likely remain like that for generations to come.

Besides the classic McSpicy that’s a Singapore icon now, the fast food chain has religiously served up special seasonal burgers adored by all over the years such as the Kampung Burger in 1994, Prosperity Burger in 2005 and Nasi Lemak Burger in 2017.

In 1995, the curry dipping sauce arrived as a Singapore-exclusive treat. Today, it’s even sold in bottles occasionally – a testament to its insane popularity

KFC brought the finger-licking-good chicken to the island in 1977 at Somerset Road. Only behind McDonald’s in terms of outlets, the 86 current stores cater to hungry Singaporeans with the classic Original Recipe Chicken.

What they introduced was vastly different than the typical roasted or steamed chicken many kids were used to, and so every family trip down to the nearby KFC was memorable. What came a bit later was the Hot & Crispy Chicken which catered more to local taste buds. In more recent times, the very unique specials such as the Chizza, Kentaco, Mac N’ Cheese Zinger and Crispy Chicken Skin have continued to capture our attention and keep us patronising the colonel.

It may be a surprise for some, but the first fast food chain in Singapore was actually A&W, first opening at Dunearn Road way before any other chain did in 1966. That means it’s actually been around, albeit with a gap, since Singapore’s independence.

Unfortunately, fierce market competition forced the chain’s exit in 2003, but it returned almost two decades later with much fanfare. 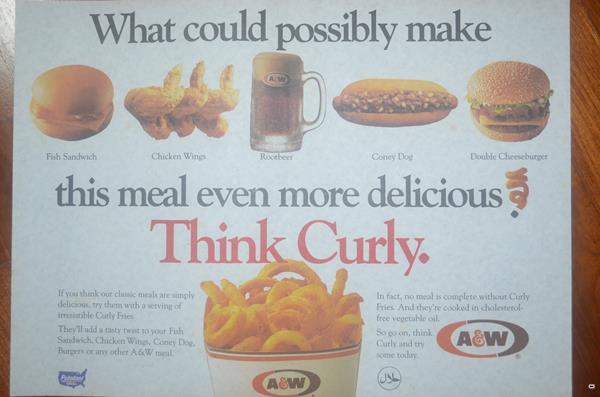 Your parents, and possibly grandparents, might still remember memories of cheeseburgers, root beer floats and curly fries as American fast food was introduced to the island for the first time. It holds a special place in Singaporeans’ hearts and today – with four outlets located at Jewel Changi, Ang Mo Kio Hub, Canberra Plaza and Jurong Point – let’s hope it’s here to stay.

Fast food chains in Singapore that have been around the longest

These longest surviving fast food chains in Singapore still going strong, and more are still popping up every year. Singaporeans and fast food are a pair that will seemingly always match. Perhaps you’ll be telling your children stories of the vintage Shake Shack or A&W at Changi in a few decades. 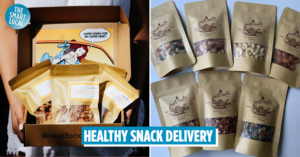