A lot of people tend to think that young adults don’t get enough sleep because of late nights partying or gaming, but that’s not always the case. For me, my insomnia wasn’t always a choice.

And I’m not alone – Singaporeans are reportedly one of the world’s poorest sleepers, with about 30% experiencing some sort of insomnia during their lives. While there are many causes such as mental health disorders and medical conditions, mine is mainly due to anxiety.

In case you’re one of the lucky few who has never experienced this, imagine feeling lethargic but unable to fall asleep because of a constant flurry of thoughts running through your head. Simply “shutting them off” isn’t as easy as some may think – and the COVID-19 pandemic has made it worse. But to all those embroiled in this nightly restlessness of insomnia and sleep anxiety, here’s how I’m overcoming it: 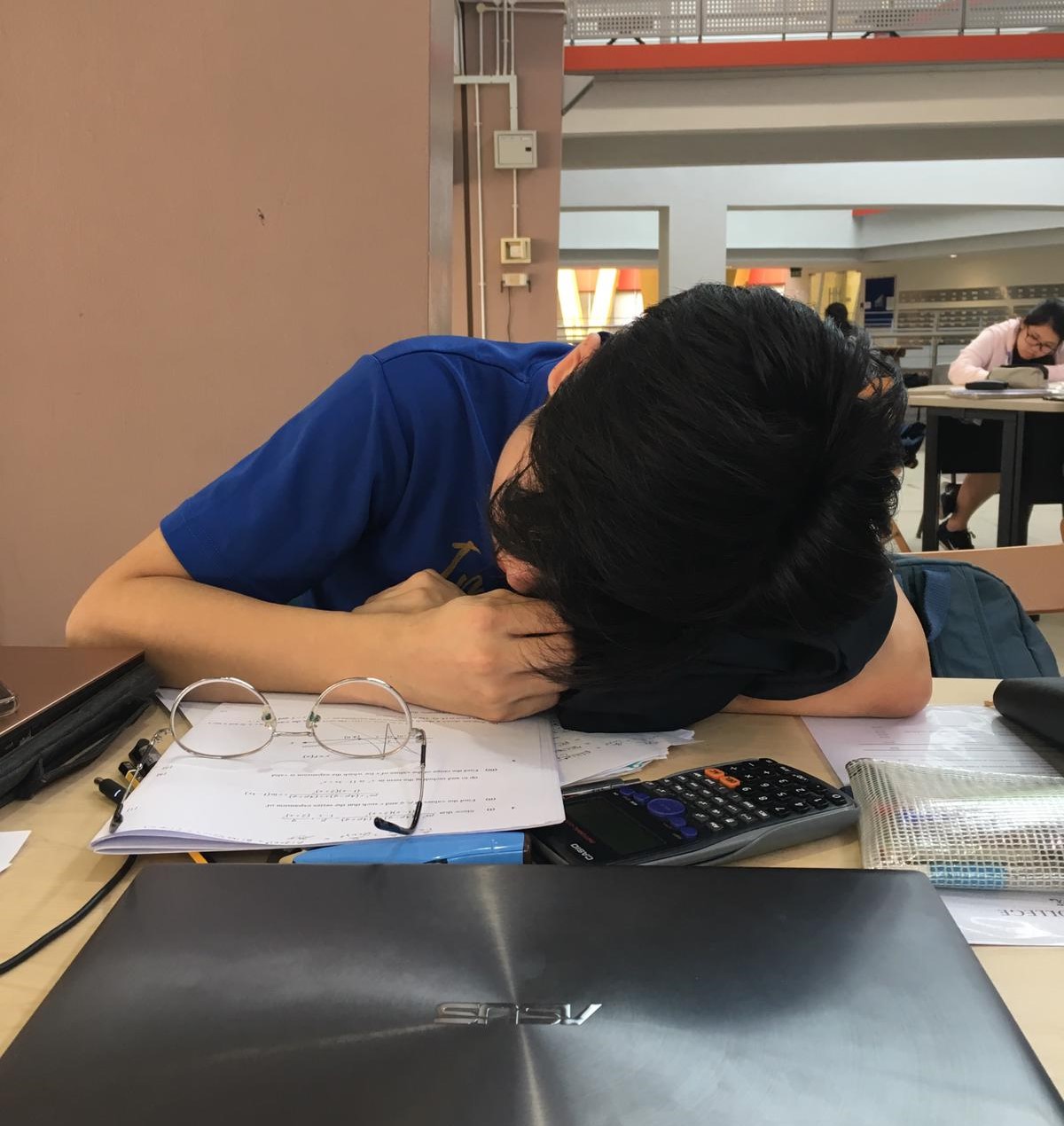 Since I couldn’t sleep at night, I had to make up for it during the day.

Anxiety has plagued me for most of my formative years, so I’ve had trouble sleeping at night for as long as I can remember. My parents would nag and say “Close your eyes for 10 minutes then you’ll fall asleep” – a myth that never worked for me.

It was heightened when I entered JC, where a trip to the school counsellor confirmed what I was suspecting. I was overwhelmed with the pressure of succeeding in my academics, having a social life, making friends, and taking part in CCAs.

Rampant, incessant questions like “What if I don’t score well?” or “Have I been a bad teammate?” would flood my brain whenever I tried to sleep at night. 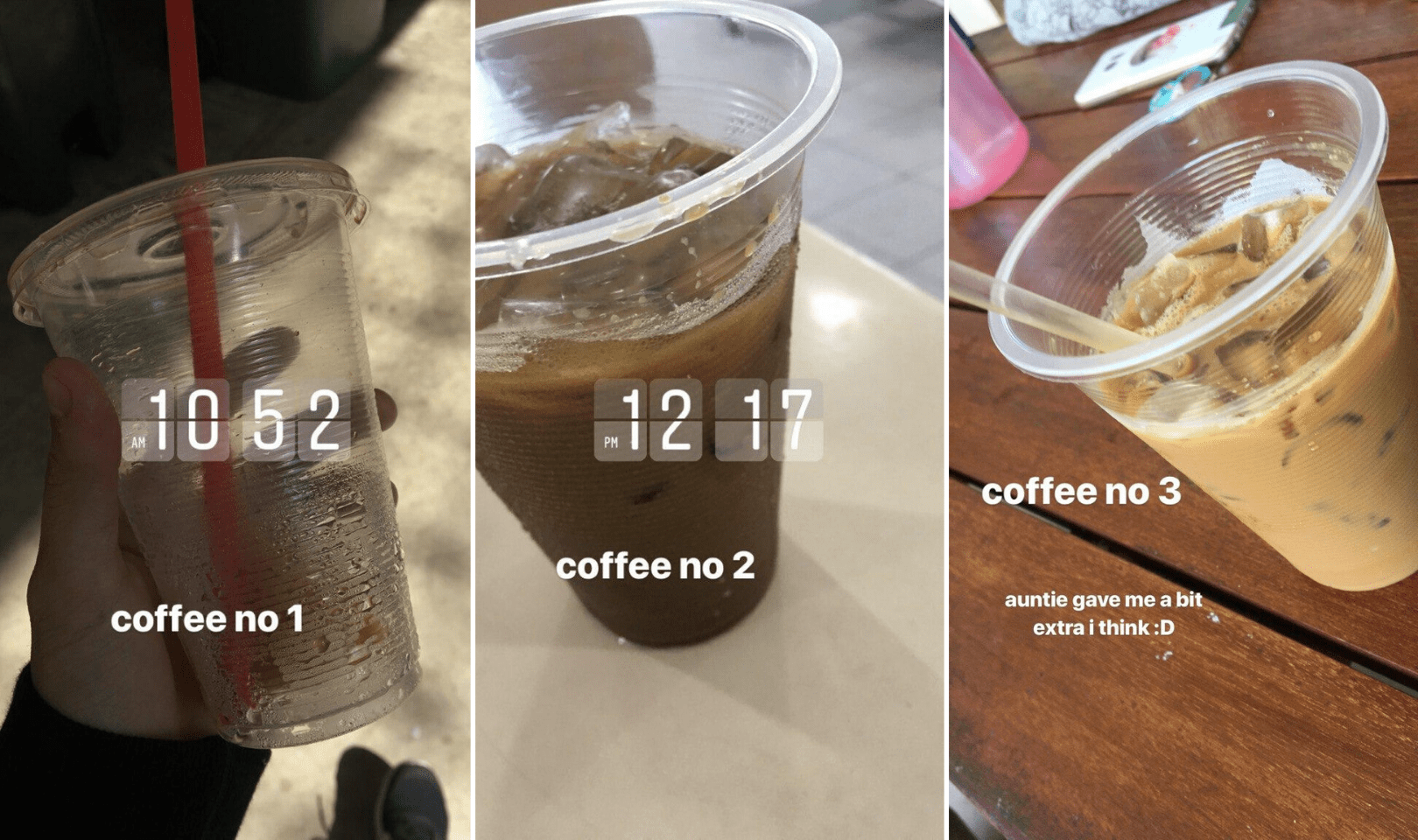 I trudged through my JC years with an average of 4-5 hours of sleep a day, relying on very frequent kopi peng boosts that made my condition even worse.
Image credit: Billy Tran

And although I managed to maintain my grades, I was constantly fatigued, all zombie-like, and had permanent eyebags. On top of that, I was left with zero energy when it came to socialising. The constant FOMO and frustration with my inability to rest made me feel like I was always on the verge of a breakdown. 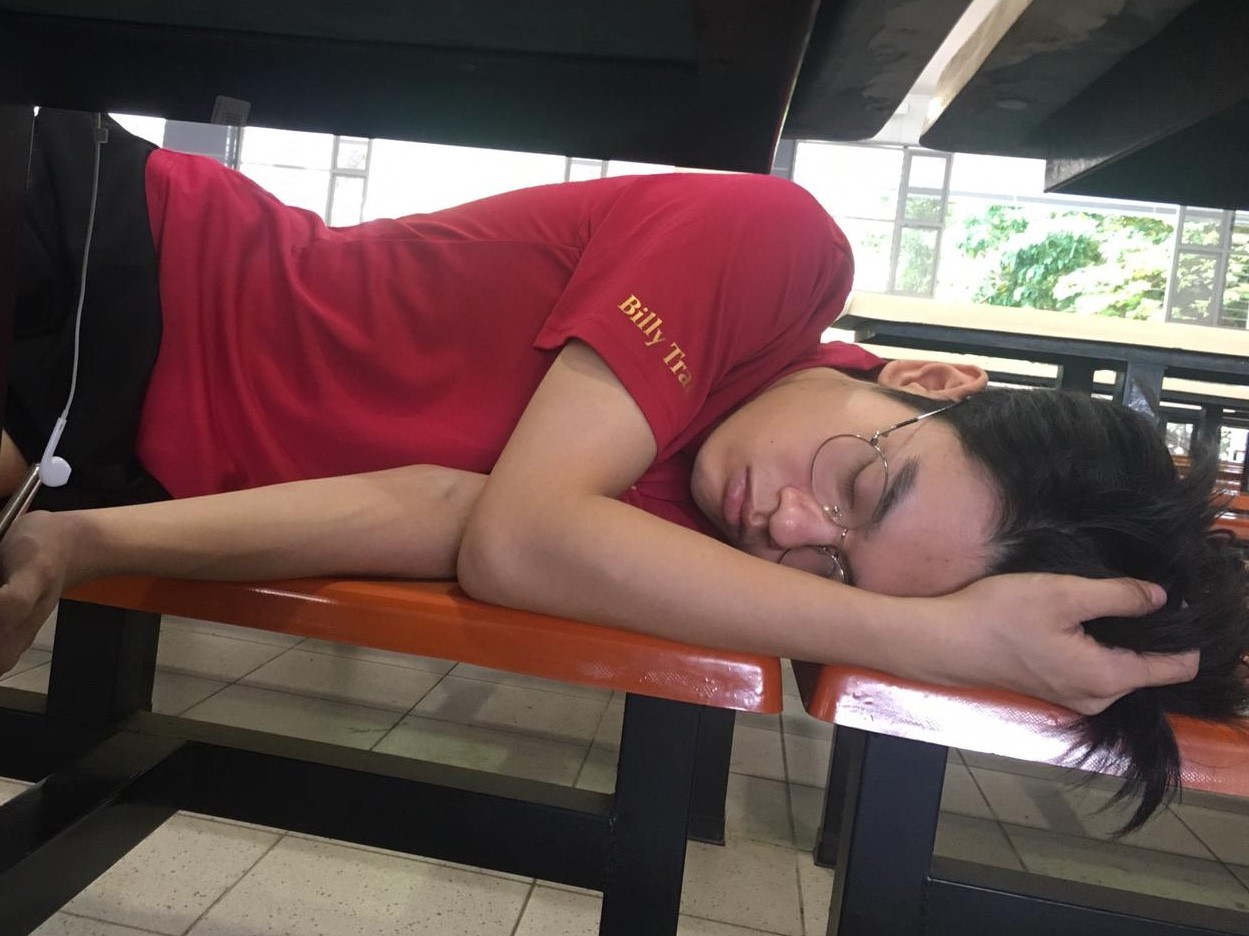 Eventually caffeine lost its effect on me, and I was sleeping anywhere I could in school anyway.
Image credit: Billy Tran

The worst part is the insomnia-inducing cycle of knowing you need to sleep, but the later you realise it’s getting, the more you’re unable to sleep.

How COVID-19 anxiety made it worse

Post-graduation, the effects of insomnia weren’t as bad, probably because I spent my time recuperating and not having much to do. The first challenge came when I started my internship a couple of months later – which just so happened to coincide with the pandemic.

My usual 4AM sleep wasn’t going to work with the 9 to 6 job in the office, so I’d once again mask my weariness with copious amounts of caffeine. But the regular routine was slowly helping me get more and more sleep each night. Then, everything changed when COVID-19 attacked. Fast forward to the Circuit Breaker and my lifestyle was flipped upside down. Like others, the forced isolation, change in routine, and uncertainty for the future piled onto whatever existing anxiety I already had. Social segregation in particular, didn’t help someone like me who enjoys social interaction, and got me worried about my relationships deteriorating.

A wrench had also been thrown into my future university plans, as some of the activities I was looking forward to were either cancelled or remained uncertain. 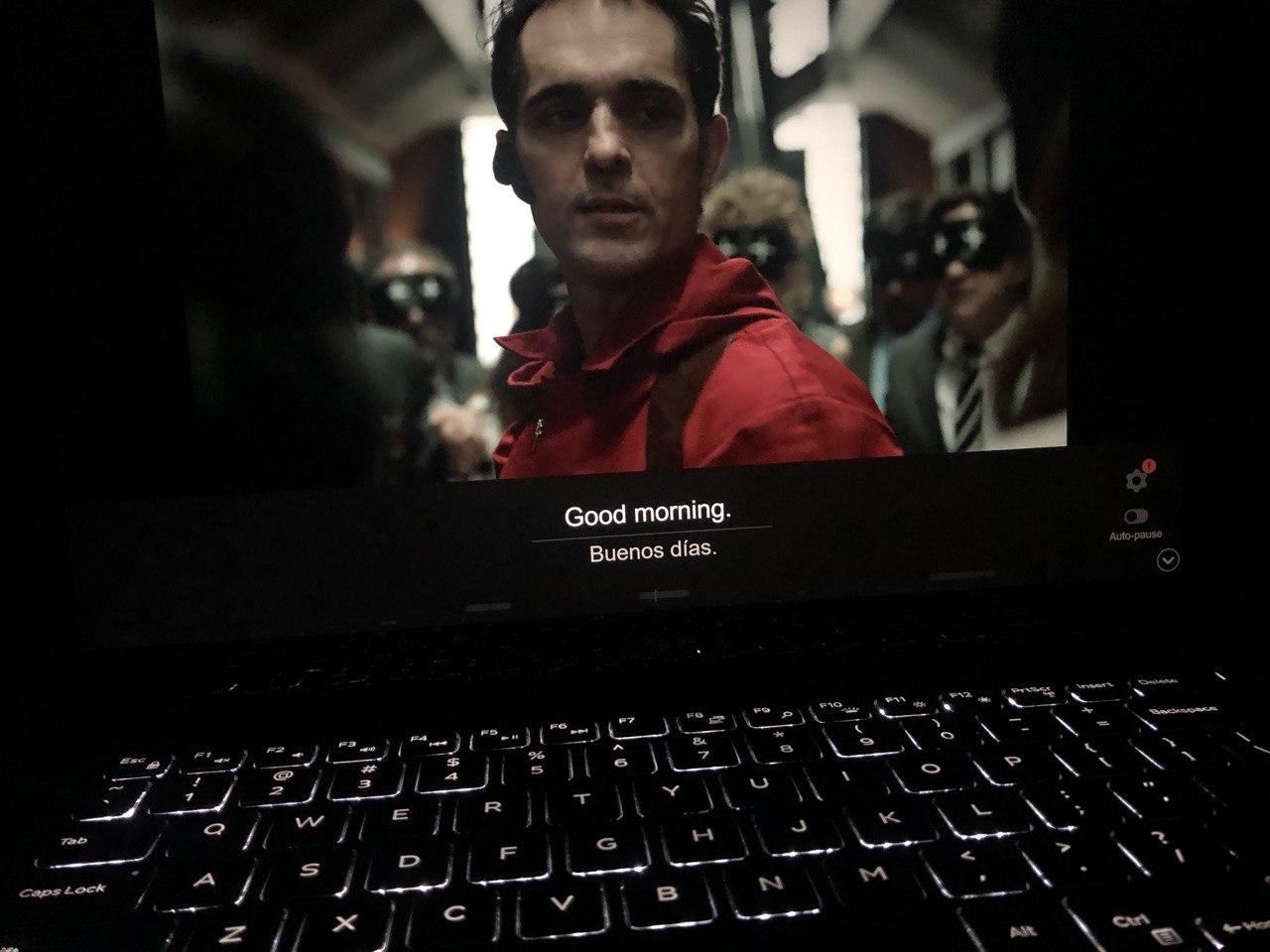 I ended up tuning into Netflix late into the night to escape from the anxiety, even though screen time before bed is known to affect sleep quality.
Image credit: Billy Tran

On top of that, social issues like the plight of the underprivileged and how the world is going to survive the outbreak only added to the laundry list of things clouding my mind. This helplessness combined with a more sedentary lifestyle caused me to be moodier.

I’d frequently nap after work due to the tiredness and only wake up hours later – living on a schedule that was off from everyone else in the house. Living with a roommate put into perspective my lack of sleep. The routine was always the same – he’d go to bed at a reasonable timing, turn off the room lights, and I’d stare into the ceiling in pitch black feeling restless. 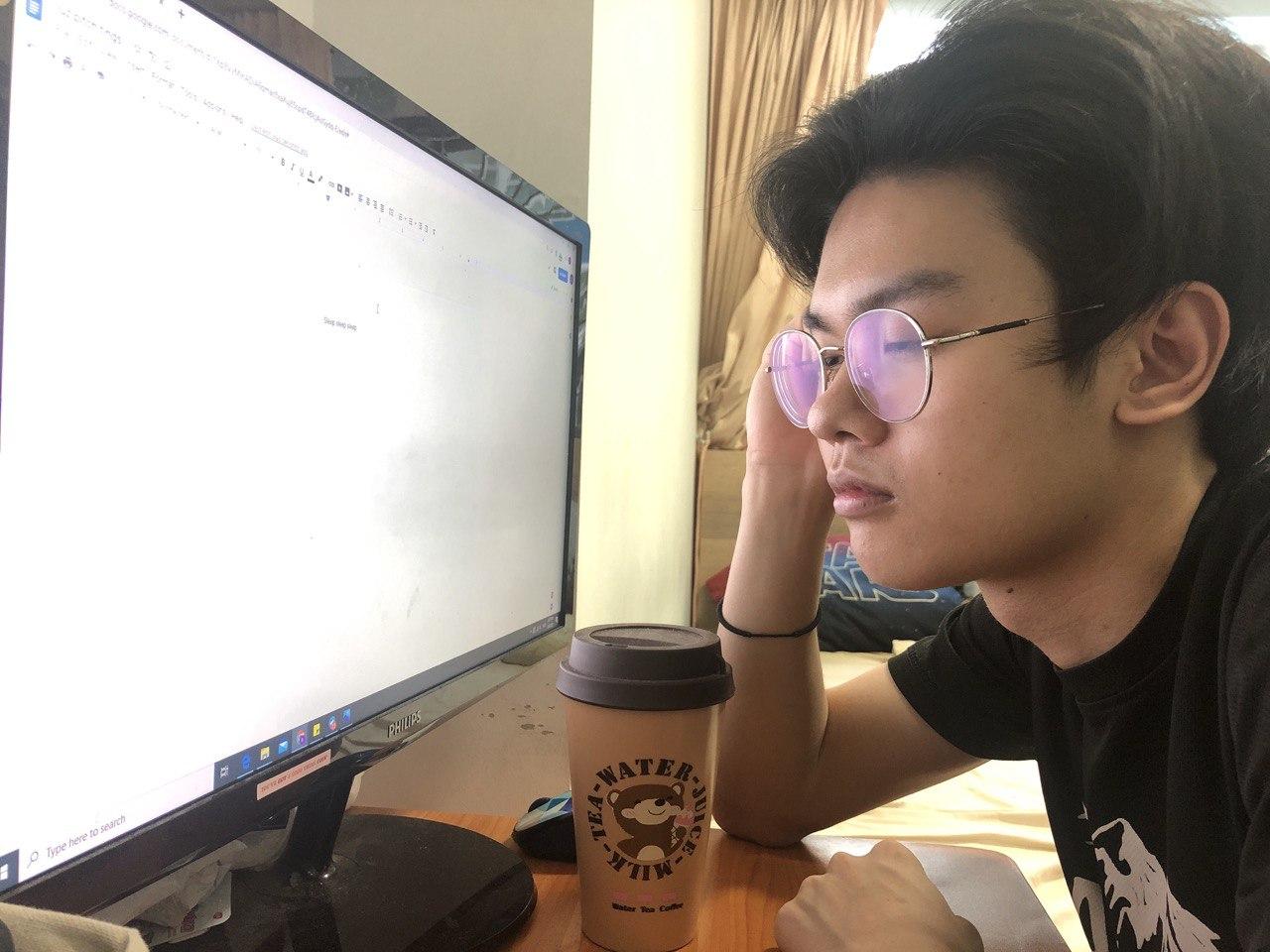 With 9AM work calling, I ended up getting 2-3 hours of sleep even though my bed was more accessible than ever.

My lack of sleep also made it difficult to concentrate during working hours, so I would sometimes resort to getting work done at ungodly hours of the night. The lines between work and home life began to blur, and all the time wasted tossing and turning at night prevented me from doing all the productive things everyone else had been doing, like taking online courses.

Tips on breaking the cycle and calming the mind 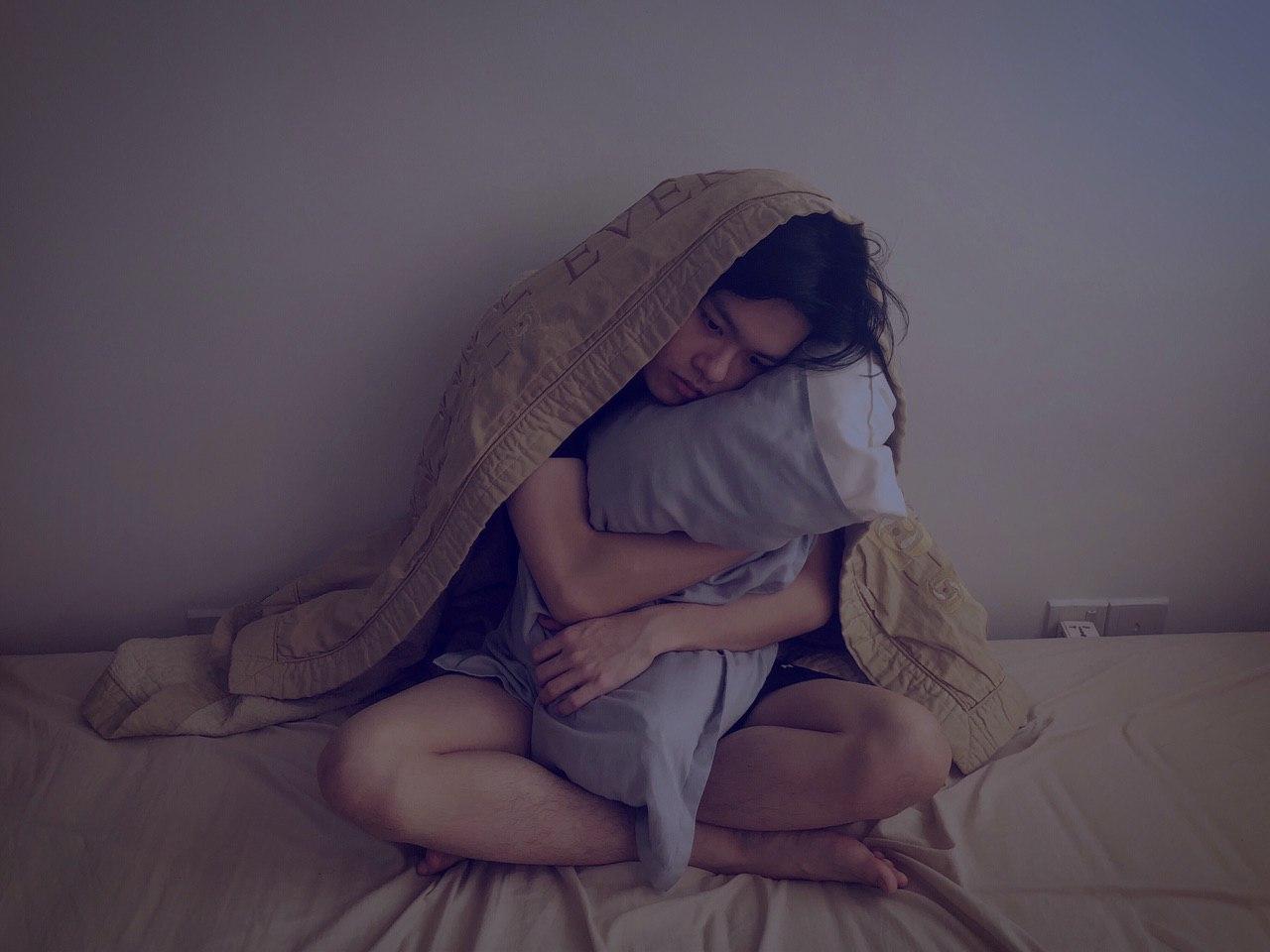 The bad thing is that once your usual schedule is disrupted, it’s easy to enter a black hole that perpetuates that reversed body clock.

After the numerous weekends of sleeping just as the sun rose and waking up at 3PM, tired WFH mornings, and feeling constantly at war with sleep, I decided that enough is enough. With a collection of tips from the Internet, I set out to confront my anxiety and sleep in peace.

Listening to music to help drift away

Plenty of people suggest white noise or instrumental music to aid with sleeping, but personally, I prefer drifting away to lyrical songs. At first, the music seemed like a distraction. But by playing music that was familiar, that matched my mood and resonated with me, it was comforting. I even created my own therapeutic playlist, with my go-to artists including Lauv, LANY and Owl City. If you’re worried about draining your phone battery, you can set timers to auto-stop the music after a certain amount of time. I use the one on my iPhone, but Spotify users can use the app’s built-in sleep timer as well. Alternatively, apps like Calm or Sleepiest have built-in white noise, bedtime stories and music. Breathing techniques are one of the most common exercises I’ve found to reduce anxiety as they take your mind off unnecessary thoughts and regulate your heart rate.

After some online digging, I found 2 that you can also try: The first is the “4-7-8” technique where you breathe in 4 counts, hold for 7 and exhale for 8. The second is “square breathing” where you breathe in and out for 5 counts each while imagining a side of a square being drawn each time.

Since they were so simple, I could weave these small exercises in before bed like a habit. However, the breathing alone wasn’t always enough, and I sometimes found myself awake despite having gone at it for half an hour. 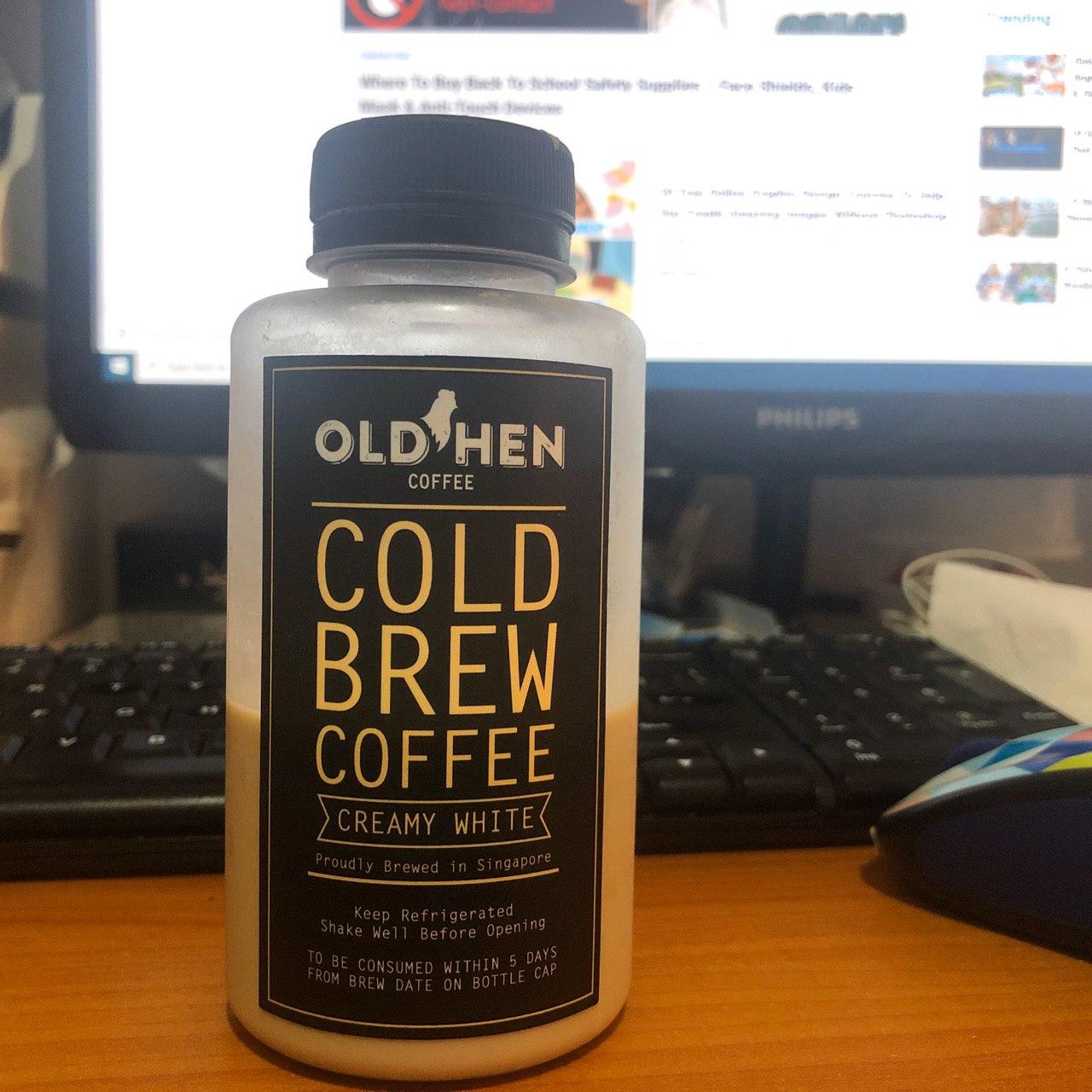 Naps and caffeine are more accessible than ever during this stay home period, especially with my bed and stockpile of coffee next to me 24/7. But in a bid for better sleep, I restrained myself from abusing 6PM after-work naps that would stretch till 10PM. Similarly, I cut off my coffee intake after dark.

Being disciplined went a long way to getting my sleep cycle back on track. Now, by the time bedtime rolls around, I’m sufficiently pooped. Not going to lie, the struggle to keep yourself awake is real, and it only takes one accidental nap to throw everything off again.

Writing down your thoughts in a journal 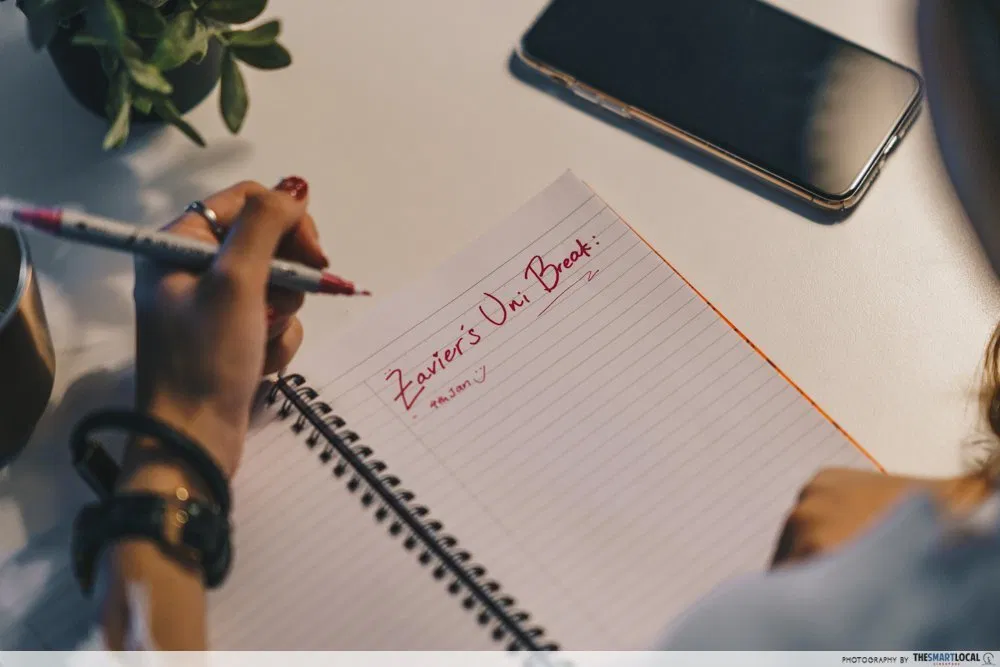 Since all sorts of thoughts tended to rush through my head as I’m trying to sleep, I “attacked” back by writing them down.

I varied between writing down the good and the bad – my worries about the future, a midnight poem or random idea I couldn’t wait to tell someone about. Journaling moved those unwelcome thoughts from my head to a notebook, and once they were on paper, it felt like they were out of my brain.

It did take a while for me to make this a habit, but having done it for over a month now with success, I’d say it’s worth it. I noticed that even the smallest things like the dirty dishes in the sink or an email I hadn’t replied to had the ability to put me off sleep. Hence, I committed myself to not having any unfinished business before hitting the hay. I also created a to-do list and scheduled tasks that needed regular attention, easing the worry at night. The hardest part wasn’t even creating the list itself, but rather following through.

Exercising during the day 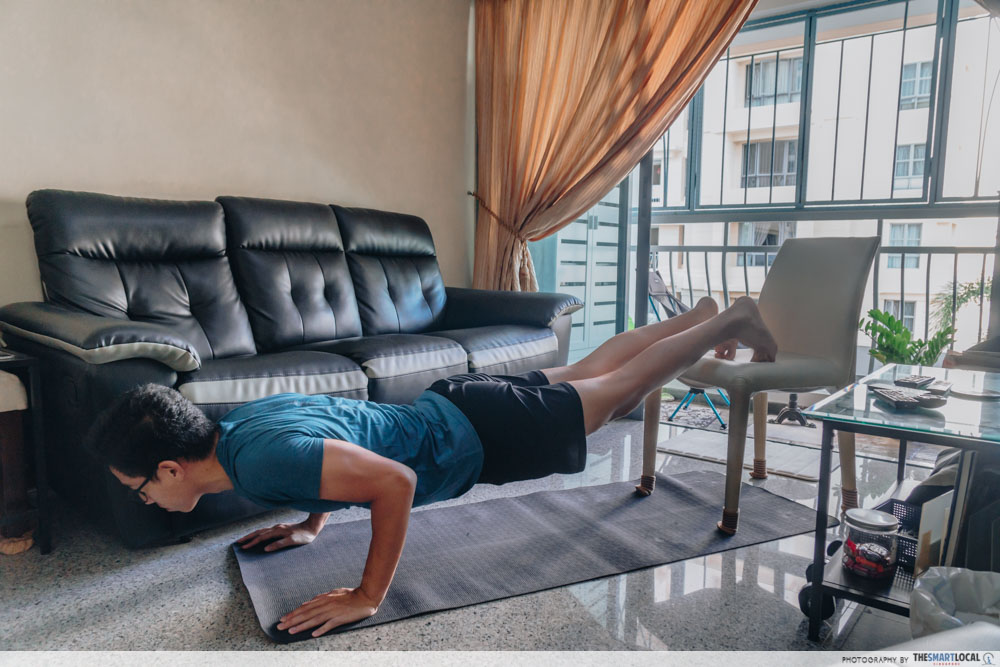 Ever since social distancing measures started, I’ve been cooped up at home and moving around a lot less than I ought to be. So to burn off any pent-up energy and tire my body out, I committed to exercising at home. The exercise released endorphins that reduced my anxiety and also kept me relatively fit – killing 3 birds with one stone.

A 30-minute full-body YouTube workout is enough to strain the muscles and convince my brain to relax. I’ve also found that running, even if it’s grocery-running, works wonders to clear my mind while getting a workout in.

While I’m not totally relieved of my insomnia, these tips have definitely helped me sleep much better on some nights. Something else that calms me down is knowing that I’m not alone, knowing that there are others out there in the wee hours also laying wide awake because their brains keep buzzing.

COVID-19 has brought sleepless nights to more people and made the existing problems worse for some. The battle against insomnia and sleep anxiety may feel like it’s never-ending, but it’s not impossible to win. Better sleep will come if we put our minds to it.

Check out these other perspective articles: 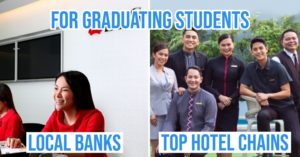