Singapore has no shortage of “haunted” spots. Whether you’re a firm believer in the supernatural or a sceptic, you may have heard of these infamous coloured houses: Red House, White House, and Green House.

On the scale of how spooky they are, they’re rumoured to be at haunted AF levels. Here are the legends that are buried within them. 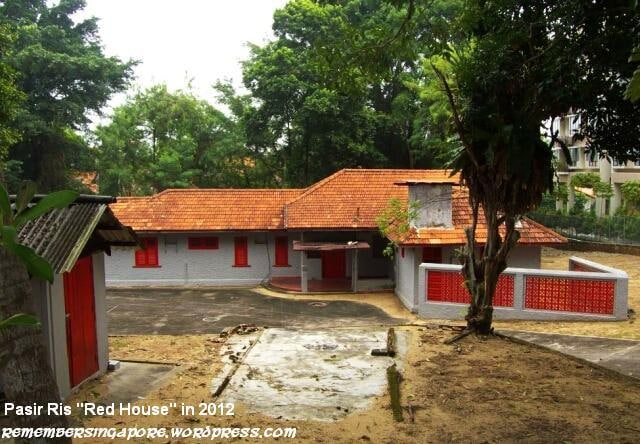 Those who’ve gone on Pasir Ris chalet trips in the 2000s may have heard their fair share of stories shrouding the infamous Red House. Whether it was to impress your secondary school crush or to experience the supernatural for yourself, stepping into the Red House was a true test of courage.

Before it was left in its current derelict state, the house was Pasir Ris’ glory – a relaxing holiday home with clear sea views of the Johor Straits. This was before the development of Pasir Ris Park and holiday chalets in the late ‘80s. 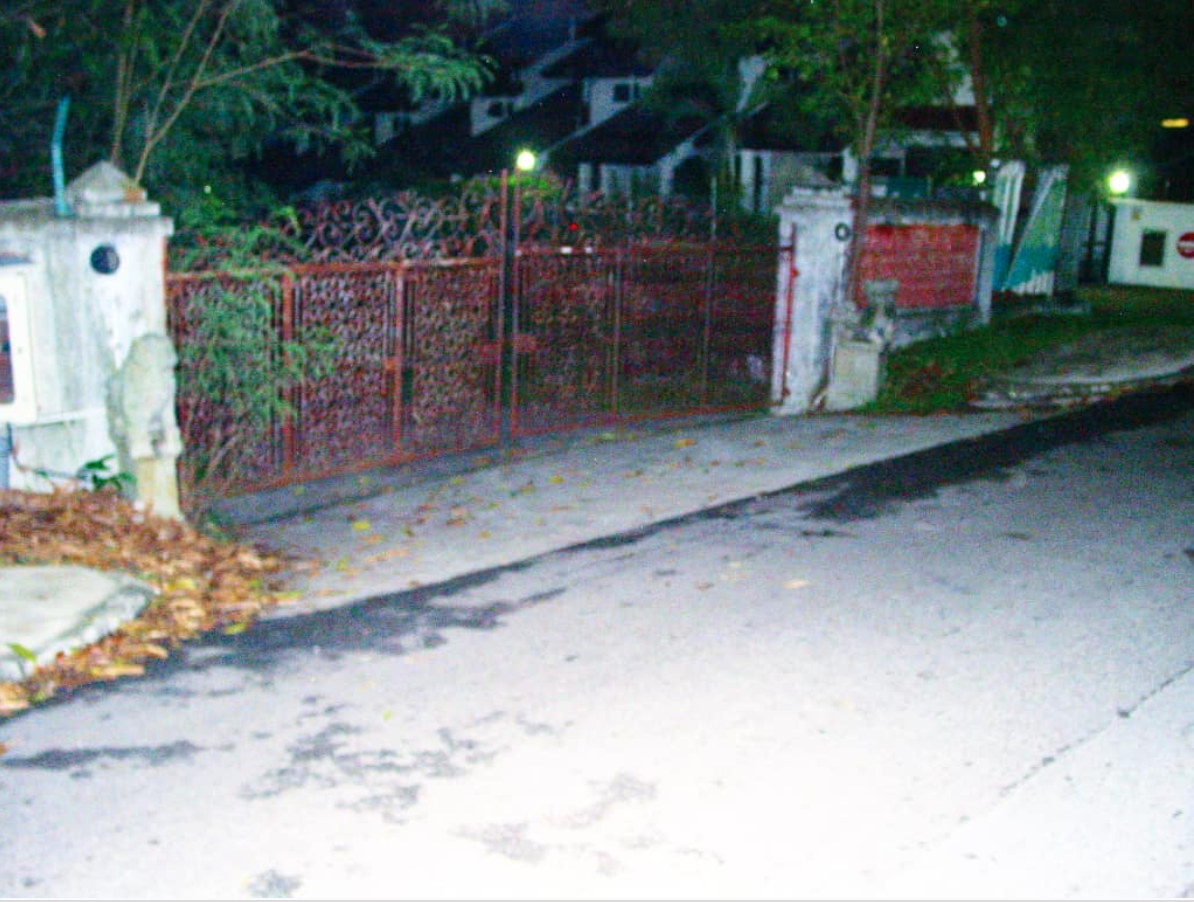 The gates to the red house

Built in 1938 in the former fishing village of Kampong Loyang, the property was initially purchased by the McNeice family in the late 1940s. It was then subsequently sold to CK Tang a.k.a. the owner of the Tangs Department Store in 1964.

The house was mysteriously left abandoned shortly after. By the 90s, rumours began to circulate that it was haunted after being neglected for decades.

Some popular hearsays include glowing eyes from a pair of haunted Chinese guardian lion statues that sit at the gates of the house. There’s also talk of a weeping doll on a rocking chair inside the house that will scream if you try to remove it.

If that doesn’t creep you out enough, thrill-seekers have also spotted white shadows within the compounds along with sounds of children running around and evil laughter. 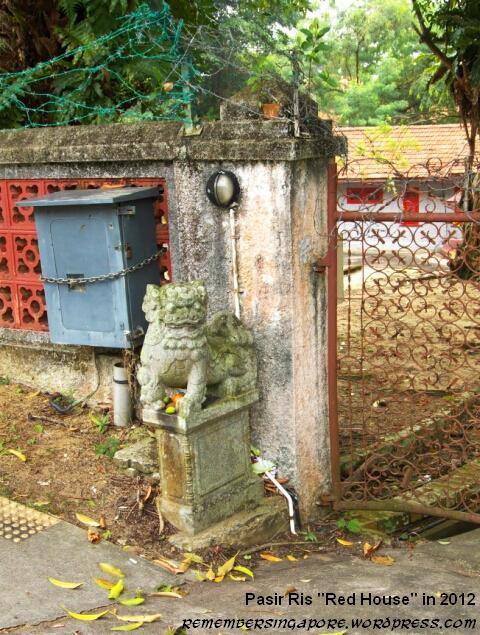 One of the Chinese guardian lion statues that are said to have glowing eyes
Image credit: Remember Singapore

A popular myth says that before entering the house, a lighted cigarette has to be placed between the jaws of the lion statues in exchange for protection. The amount of time you have to explore unharmed only lasts till the cigarette burns out completely.

Fun fact: The house is known as the Red House, not because of its exterior, but because daredevils would see blood-stained walls inside the house.

Some speculate that the hauntings started after the Red House was allegedly used as a temporary nursery and shelter for children during the Japanese Occupation from 1942-1945. A massacre was said to have happened where many of the teachers and children were bayoneted or burnt alive.

Others shared speculations on an online forum that the hauntings started because of a murder case. It was said that a man killed his wife and children in the house before hanging himself, and the spirit of the family is rumoured to have resided in the big old tree that once stood behind the house.

Regardless of all the rumours of hauntings, the Red House today is now a preschool and doesn’t appear to be as haunted as it was once thought to be. 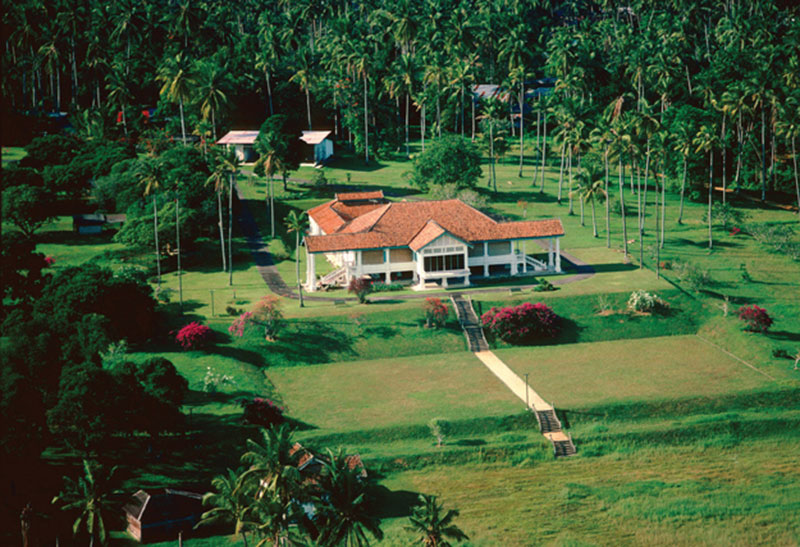 Nicknamed the White House because of its pristine exterior, the Matilda House was built in 1902 as a gift to a woman named Josephine Matilda Cashin by her husband Joseph Cashin.

The Cashin family was one of the wealthiest Eurasian families in Singapore. Their success? The result of opium farms when they were still legal in the 19th century. 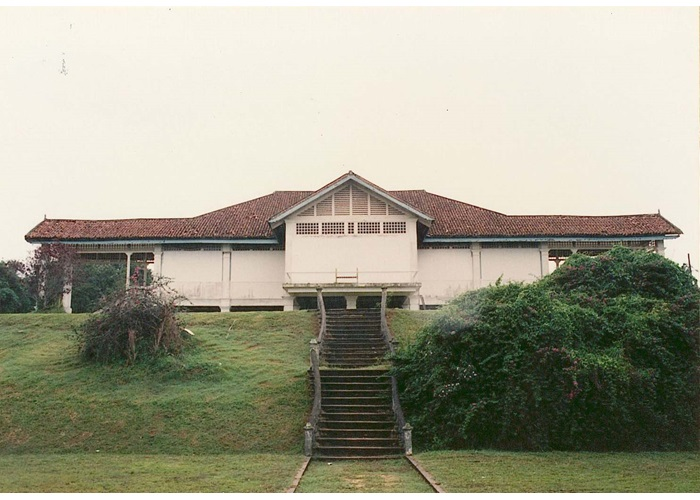 Steps at the back of the house that used to lead to the nearby beach
Image credit: Urban Redevelopment Authority

Spanning larger than 490 football fields, the estate had a horse stable, a tennis court, servant quarters and a huge orchard that grew tropical fruits like mangosteens and durians.

The land was taken back by the Singaporean government in the 1980s as with the other farms and kampongs in the area to make way for developing Punggol into a modern town in 1996. Plans were, however, halted due to insufficient funding and the Matilda House was left unoccupied for about three decades.

Residents who walked past the Matilda House would report sightings of a lady with long hair sitting on a nearby tree as if she was guarding the house against any unwanted guests. Others who’ve visited the house have also claimed to have seen a white mist floating along the corridors. 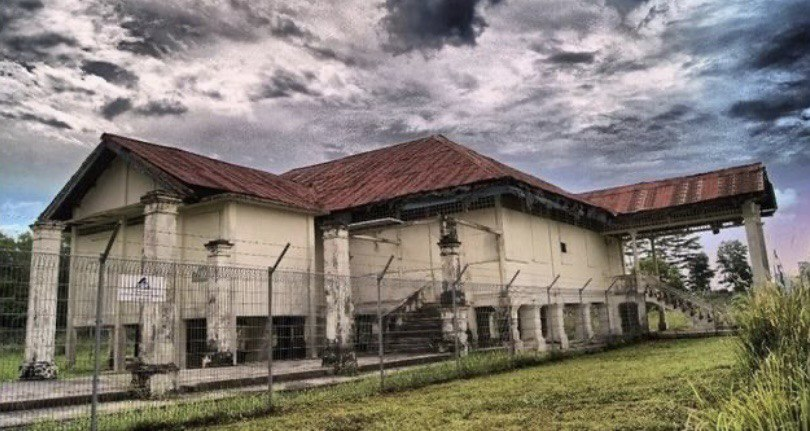 Although there hasn’t been any recorded deaths or murders, rumours say that an ancestral spirit still resides in the house till today, stopping anyone who tries to tear it down. Three construction workers allegedly mysteriously passed away during a scheduled demolition of the Matilda house.

To the unknowing passerby today, the house might look like any regular colonial-style building. But many suspect that it might still be haunted and its lights are reportedly left on throughout the night for “safety” reasons. 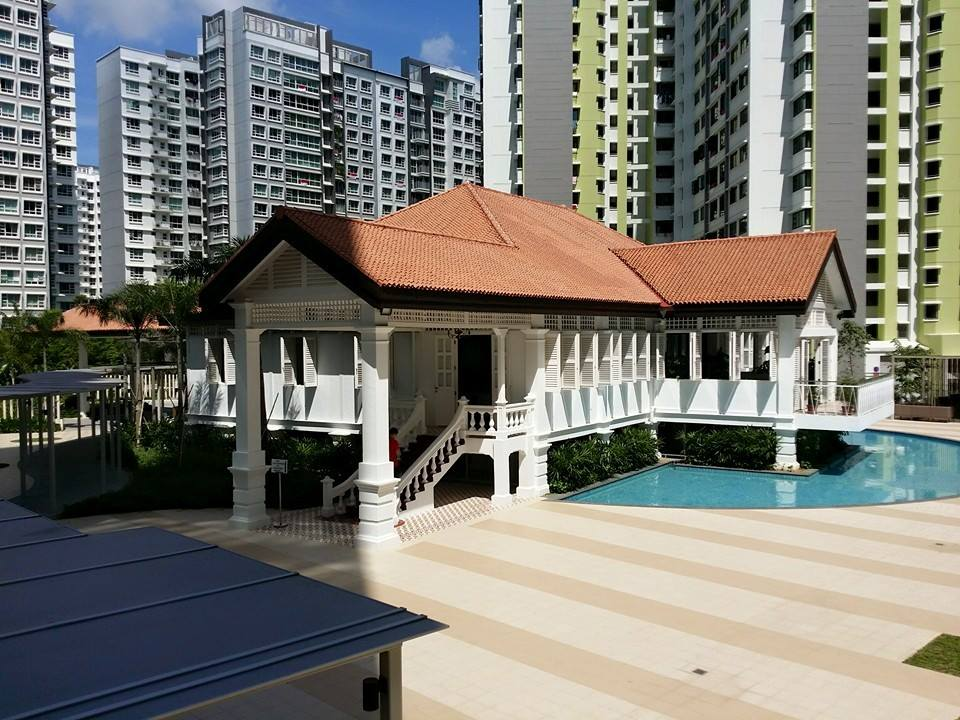 Today, the Matilda House stands as A Treasure Trove condo’s clubhouse. It has been granted conservation status by the Urban Redevelopment Authority (URA). 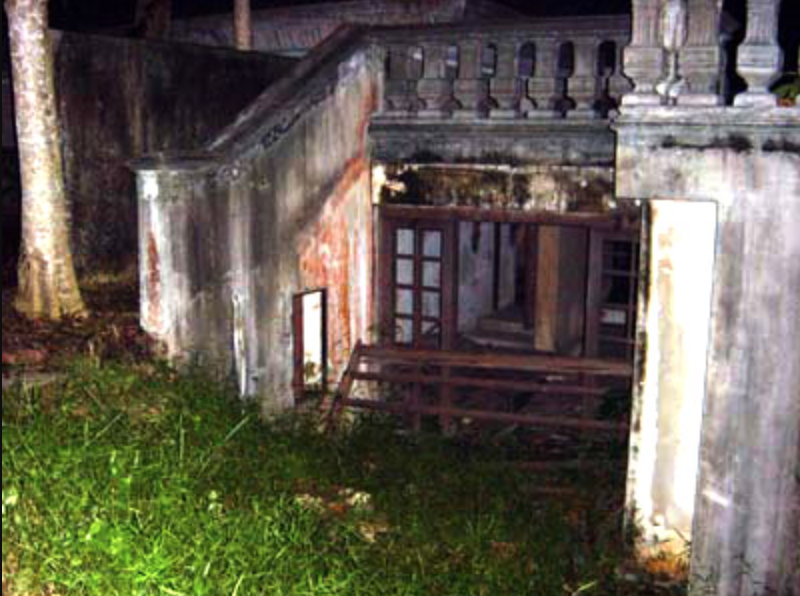 Remnants of the Green House before it was demolished in 2006
Image credit: James Tan

Situated on the highest point in Hillview estate, the Hillview Mansion was once the highest and most expensive residential property in the neighbourhood.

The 9,000 sqm mansion was nicknamed the Green House because of its large, grassy front yard. The land was purchased in 1951 by Chua Boon Peng, the ex-chairman of Cycle & Carriage Industries Pte. Ltd a.k.a. the folks that distribute Mercedes Benz. 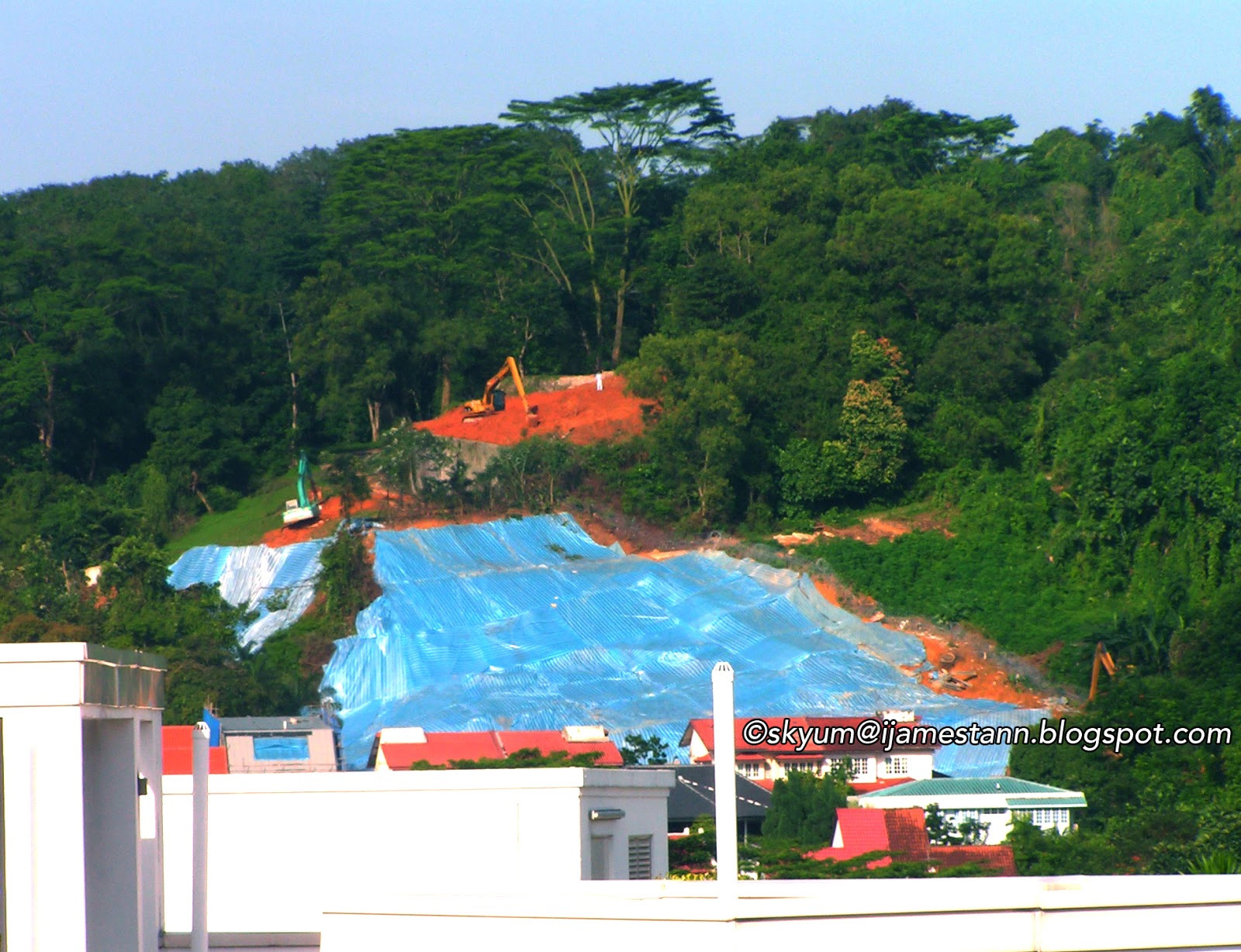 ​
A landslide that occurred in 2007 completely erased whatever could’ve been left of the Hillview Mansion. Spot the excavator – that’s where the house used to sit.
Image credit: James Tan

The initial purpose of the property was to serve as the headquarters of the company as well as Mr Chua’s private residence. However, the mansion was never completed and construction was abruptly halted in the mid-1950s.

Many speculations arose but the most popular conspiracy is that the house was built for Mr Chua’s wife or mistress. It’s said that the lady in question accidentally fell to her death while overseeing the works, leaving him heartbroken. The supposed spirit of this lady haunts the grounds in hopes of finding him. 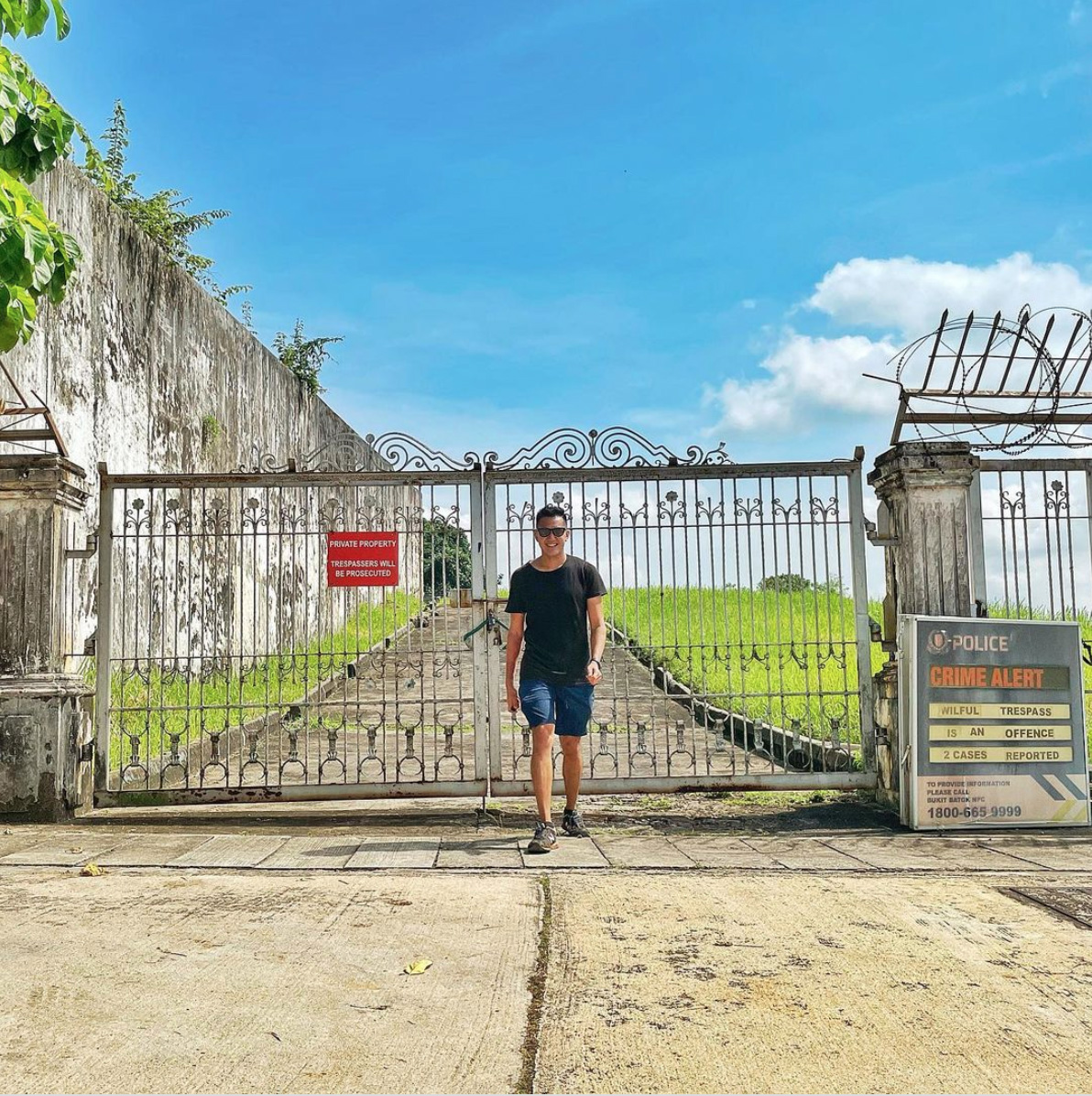 Although there have been no actual ghost sightings, curious folk that have explored the property before its demolition claimed to have heard the weeping sounds of a woman. The mansion has since been demolished in 2006 and all that’s left are a small storage room and rusty metal gates preventing visitors from entering its compound.

Whether or not these coloured houses are – or were – haunted might forever remain a mystery to us. And of the three, while two have been completely refurbished, the Green House still remains. The next time you pass by these areas, you can boast about how you now know the spooky stories that used to be pegged to them.

P.S. Please remember that trespassing is illegal and police signs have been put up to warn curious adventurers. 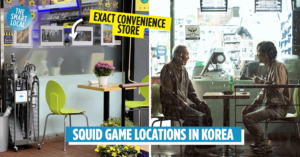 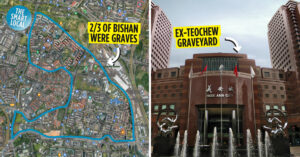