Getting older on birthdays

I recently celebrated my 28th birthday in September. There were no foil balloons plastered on a hotel room wall, no lavish dessert table in sight, and no two-tiered birthday cake to post on Instagram.

Instead, I found myself at a Mediterranean restaurant along Robertson Quay, with 10 of my closest friends having a low-key spontaneous dinner and a round of red wine.

It was casual AF, and I was contented.

The milestones of becoming an adult

But 10-years-ago me would’ve undeniably been flabbergasted at such a celebration – or lack thereof. Once upon a time, I placed utmost importance on turning a year older.

See, welcoming your 18th as a teenager meant that you’re taking your first foray into the world of adulthood: M18 movies (for most guys this meant one thing really: boobs! On screen!), smoking legally, and entry into Zouk at Jiak Kim Street. 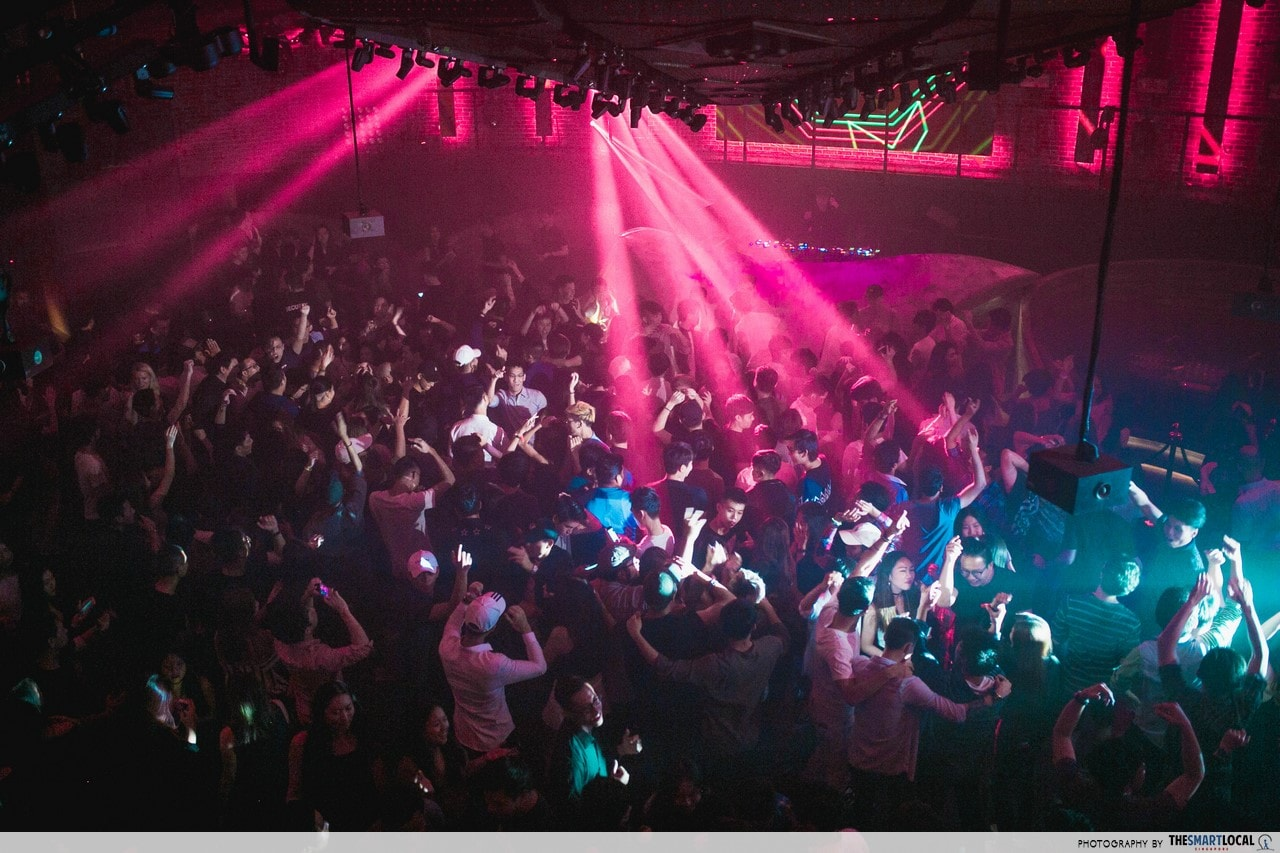 Zouk: a rite of passage for many once they are of legal age

And just as how it’s almost customary for Valley Girls to celebrate their Sweet 16, our Singaporean equivalent would be a coming-of-age party with friends, classmates and the occasional parents – well, someone has to pay, right?

I spent my 18th birthday at National Service Resort and Country Club (NSRCC). To mark the occasion, my Poly friends and I blasted music, played games like Truth or Dare and cheered to shots of Absolut vodka (ew!). We even took that obnoxious photo of the alcohol bottles lined up in a row. 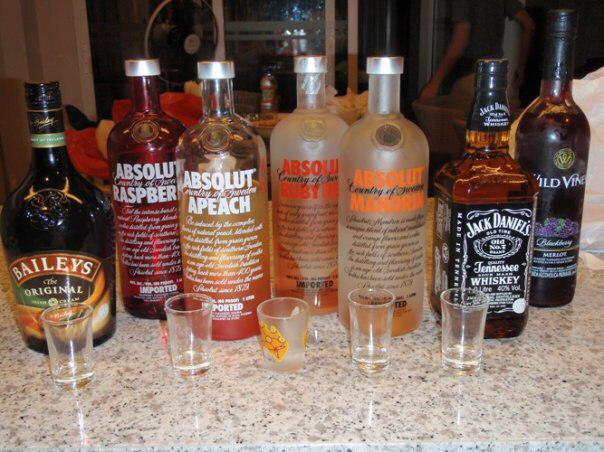 Then came 21. The true mark of leaving adolescence behind. Adele even made a whole damn album about being that age.

But besides now being able to watch R21 films and patron the casino, turning 21 also called for an extravagant bash and inviting just about anyone you held a single conversation with. Don’t ask me why – I don’t make the rules. But if everyone else was seemingly doing one, so should I…? 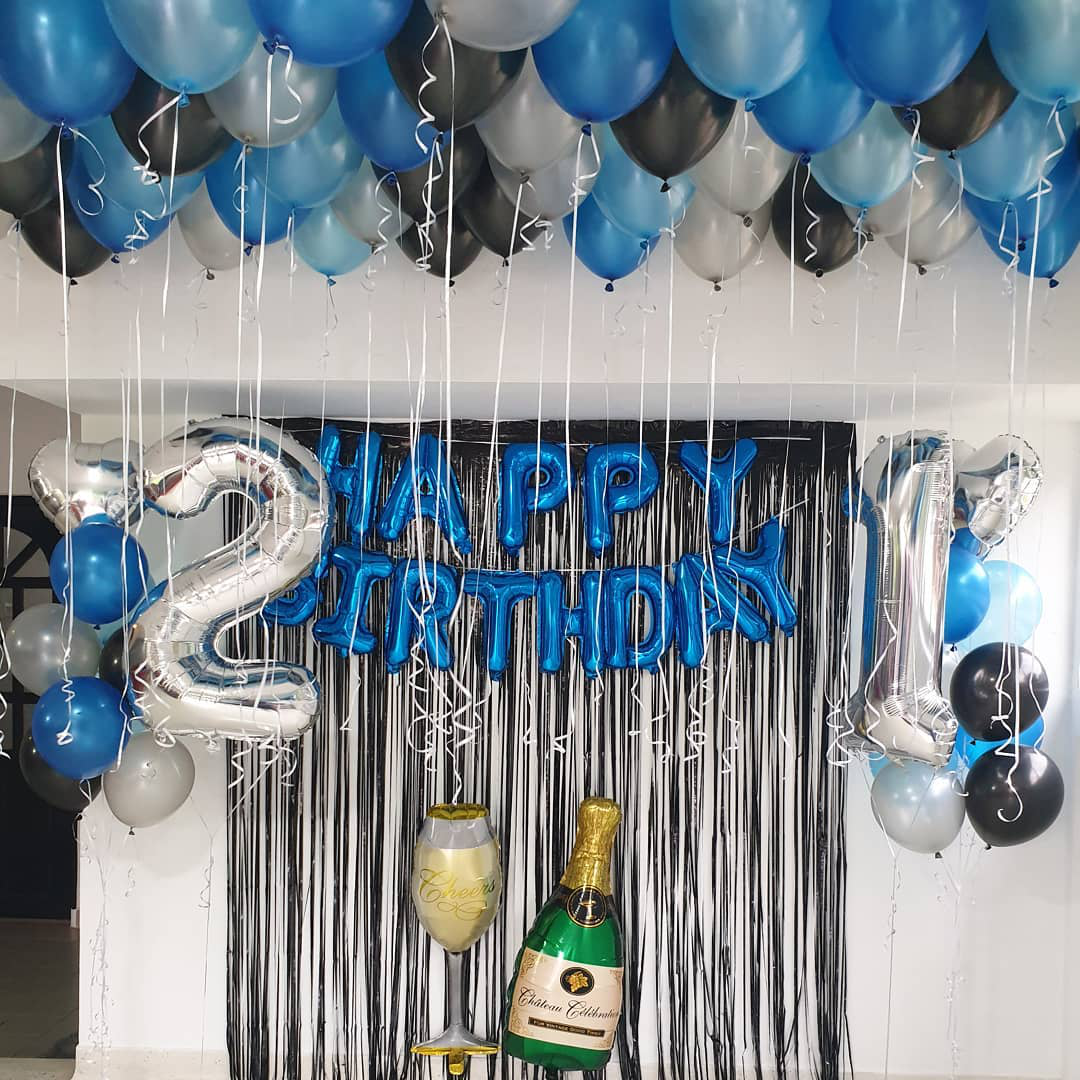 What people tend to have at a 21st birthday party – a “photo wall” with OTT balloons and alcohol
Image credit: @partytheorysg

The upgrade from a chalet to Amara Sanctuary Resort Sentosa for mine was just the tip of the iceberg. The number of guests increased twofold from my 18th, just as the amount of alcohol – the bottles of which were dumped into a bathtub filled with ice. Corners of the hotel room were spruced up with balloons. I remember having a great time being surrounded by the people I held dear at that point in my life. I felt…loved. 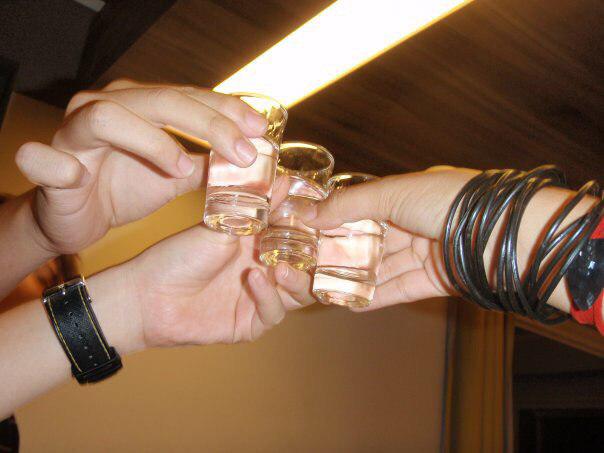 And the parties didn’t just stop at myself. Believing that my closest friends also deserved a cause for celebration when they turned that golden age, I helped orchestrate surprise after surprise, restaurant reservation after reservation.

But nothing truly sets you up for the nosedive of birthday significance that you experience after turning 21. Before you know it, the reality of #adulting hits you like that big, yellow school bus hit Regina George.

In fact, I don’t even speak with at least a third of the friends that came to my 21st party anymore. It’s not that we’re bad at friendships – it’s just that paths naturally take different courses over the years.

Most girls pursue University, while most guys shave their heads and enter NS during this transitional phase. You start earning and saving your own income, plus you’ve got that imminent career to jumpstart. New friendships are formed, while some old ones get compromised. And all that delusional anticipation you once had of being all-grown-up? It’s long gone now. 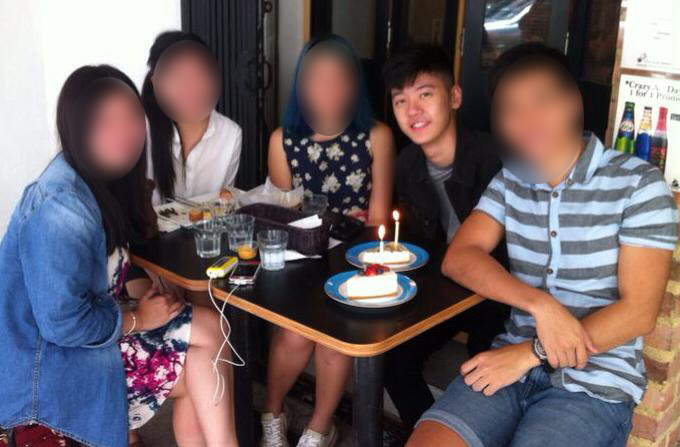 With everyone’s schedules diverging into different forks in the road of life as we get older, priorities naturally shift. You simply can’t fault friends with kids or those living/studying overseas if the only time spent for your birthday is via a 5-minute FaceTime call. And for those that get attached, suddenly their birthdays are organised by their partner through temporary FB event pages and random WhatsApp group chats.

The cold, hard truth: your birthday isn’t at the top of your clique’s agenda anymore. And the sooner you realise this = the lesser expectations you’ll have = the better.

Unless you initiate your own celebration, or you’ve got a constant planner in your circle of friends, chances are your birthday will be a last-minute casual dinner or even just fly by without a meet-up altogether. 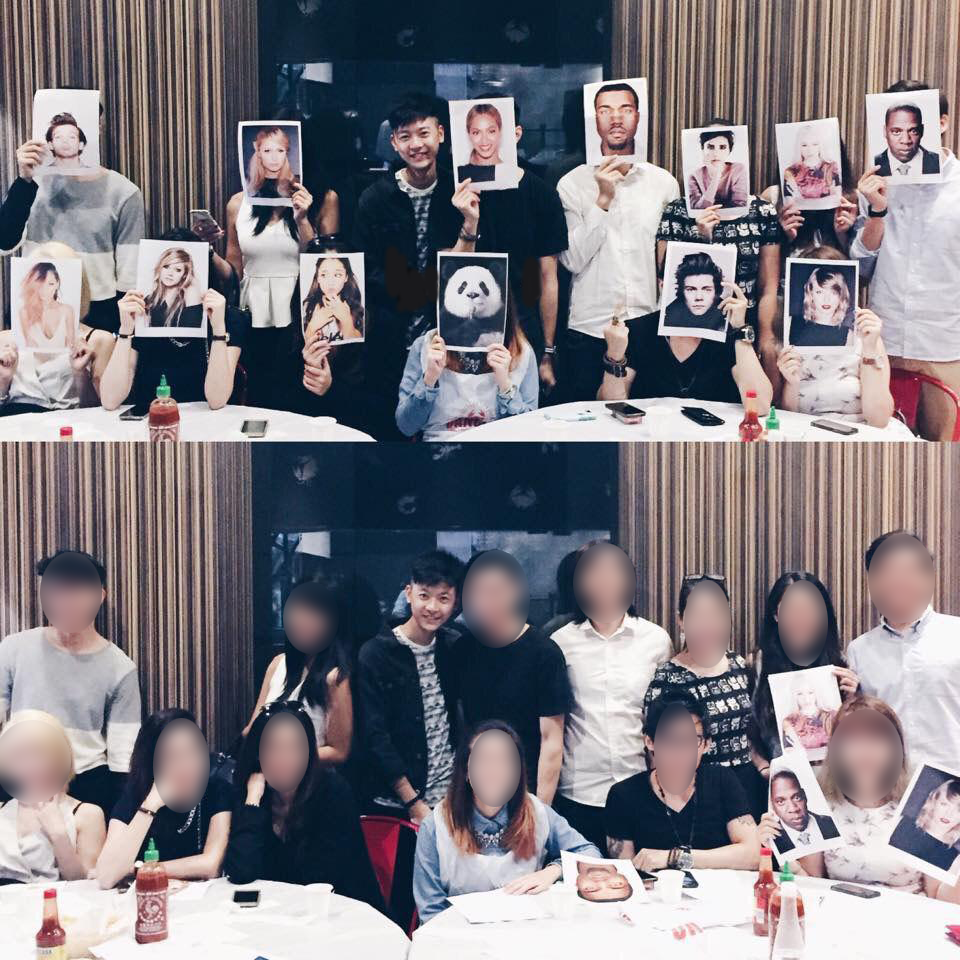 One of my more memorable recent birthday celebrations. My friends surprised me with dinner donning celebrity faces – you can tell by how the faces were not cut-out that it was a last-minute idea lol
Image credit: Bryan Yeong

And as your life EXP increases in your mid-twenties, the number of your “party” guests take the opposite direction and diminish to just a handful. They tend to end up as just the following: 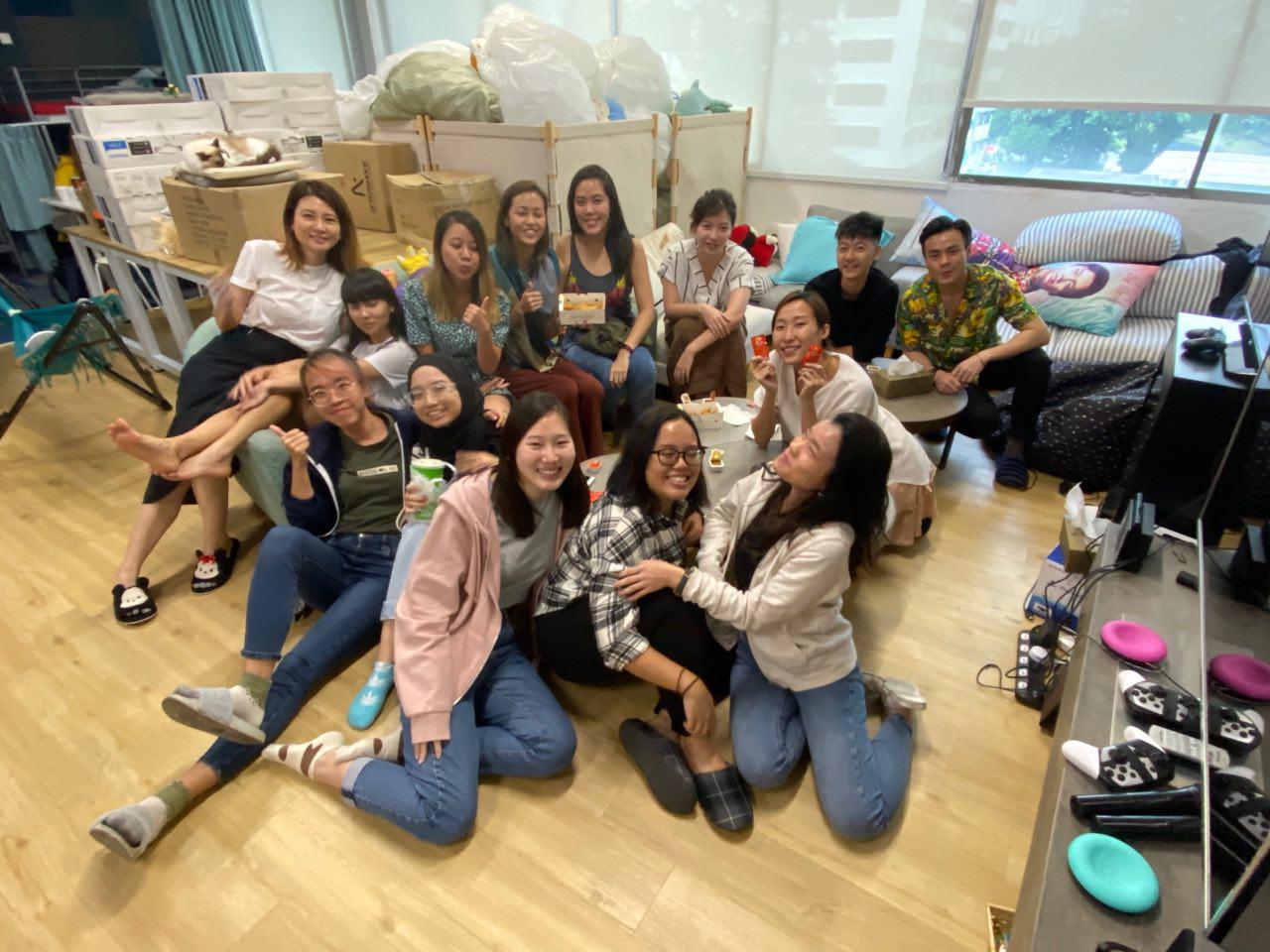 My Editorial team and I celebrating birthdays with McNuggets instead of cake
Image credit: Bryan Yeong

On the bright side, at least you don’t have to stress about playing super host at your party ensuring different groups of friends feel welcomed anymore. Think again if you’ve got a birthday party coming up and you’re considering to extend invitations to acquaintances you’ve only had a handful of conversations with – in time to come you’ll realise that quality really trumps quantity.

Oh, and consider yourself lucky if you still receive presents. My mom still gives me a token monetary sum every year, which I politely refuse but give in to taking anyway. I’ve been fortunate enough to even still have had several surprise staycations throughout the years since 21 – although moments of drunken stupor with my friends are now usually replaced with sober conversations.

But as far as opening up a ribbon-tied box and unveiling a shiny, new present goes, I haven’t done that in years. Not that I’m complaining. Just think of how many gifts you’ve received from your younger years that simply ended up collecting dust in a random nook of your house anyway.

Of course, birthday culture will always be a thing, thanks in part to social media and the unintentional pressures they impose. I mean, who can deny that the “Likes”,  “Comments” and well wishes we get on a birthday IG post don’t make us feel good about ourselves? “People actually care about me!”

Which is why I totally understand why people go out of their way to sprinkle magic dust on their parties to transform them with neon-light signages, dessert tables and photo booths complete with props. We want to be seen and heard of, and that very innate human desire is completely understandable. But, is it really necessary? 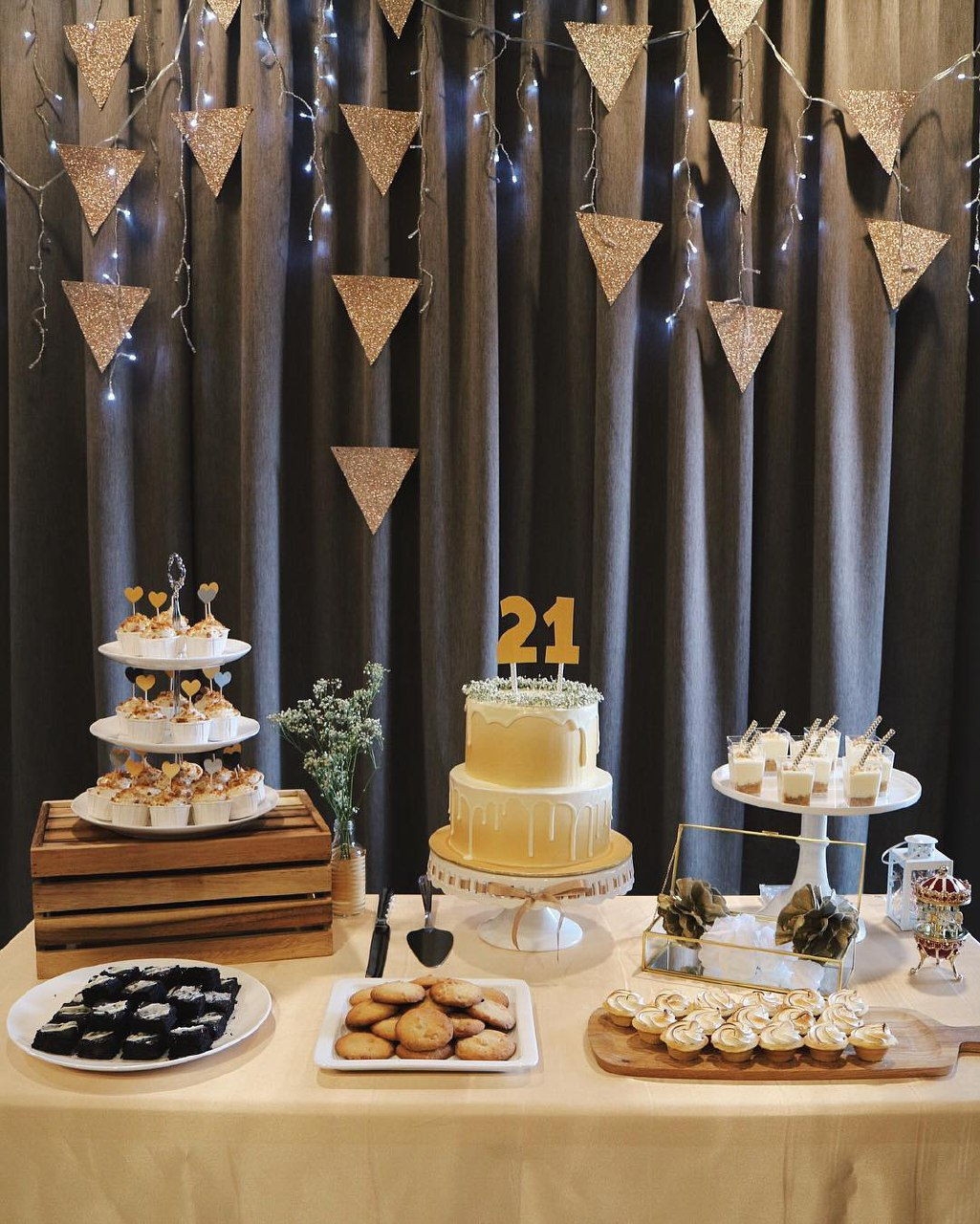 I recall how I used to watch my Facebook notifications blow up to the hundreds with birthday wishes from friends and acquaintances a decade ago – I’d take the time to appreciatively type a personal thank-you response to each post.

On the contrary, my recent 28th saw a grand total of 8 birthday messages on my Facebook wall, and with work, a social life and “me” time on my hands, I was relieved with that single digit of wishes to reply to. Well, the rest were more personal wishes on WhatsApp and Telegram.

I even have introvert friends that omit their birth dates or age completely from their Facebook profile now, which to admit, is the only reason we can remember half our friends’ birthdays. Their rationale: real friends won’t need to rely on social media to remember your “special” day; they’d know it like the back of their hand.

Every day is worth celebrating

A common mistake most of us are guilty of each year we turn older is comparing ourselves to our peers – I need to find a husband soon. Is my job title of “Senior Executive” sufficient at 25? This stress I’m experiencing is part of having a quarter-life crisis, right?

While we once looked forward to turning a year older, that anticipation slowly turns to dread once your mid-twenties kick in and the impending big 3-0 looms. You know the “middle-aged” stranger in the club you might’ve once judged during your teenage years? Heads up, you’re them now. 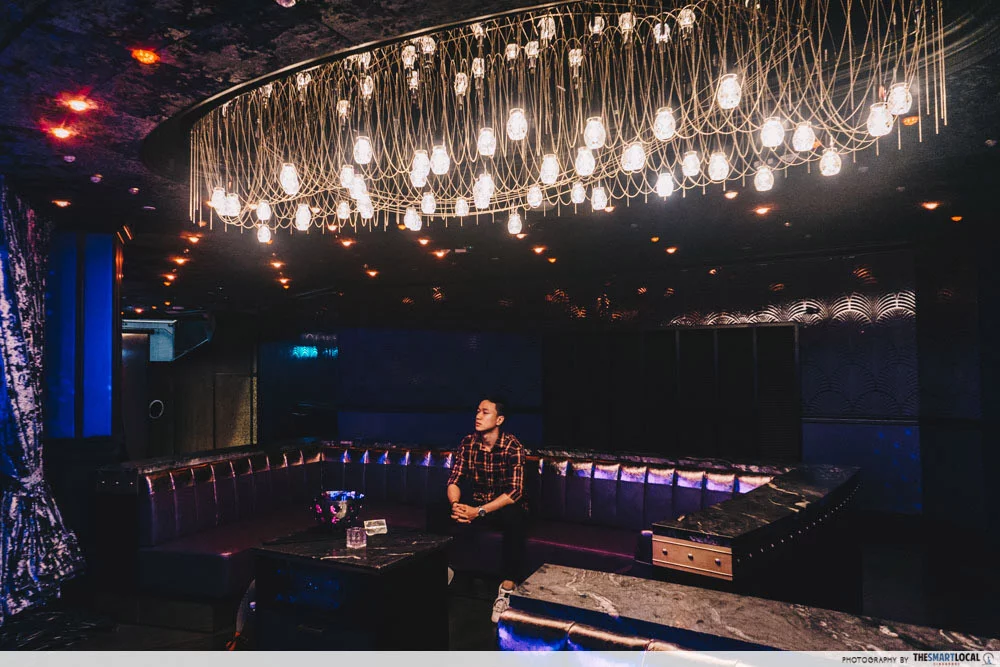 How I’d imagine spending my late-twenties in the club would be like – wondering “what the hell am I doing here?”

But here comes the cheesy, yet redeeming part. Just like how you don’t need Valentine’s Day as an excuse to express your love for someone, the truth is, you don’t necessarily need to reserve your birthday for celebrating yourself.

Looking back at each passing year, make it a point to count your blessings first – your successes, quality friendships, the fact you’re even turning a year older. And even if your pensive self-review isn’t filled with the best memories, hey, you’re gonna have a whole year ahead to make a positive change.

Birthdays shouldn’t be measured by the number of guests that show up, candles you blow out, or wishes you get in your DMs. Venturing into my late-twenties, I’ve started using them as a fervent reminder to stop and smell the freakin’ roses instead of stressing over how to spend each annual occasion. 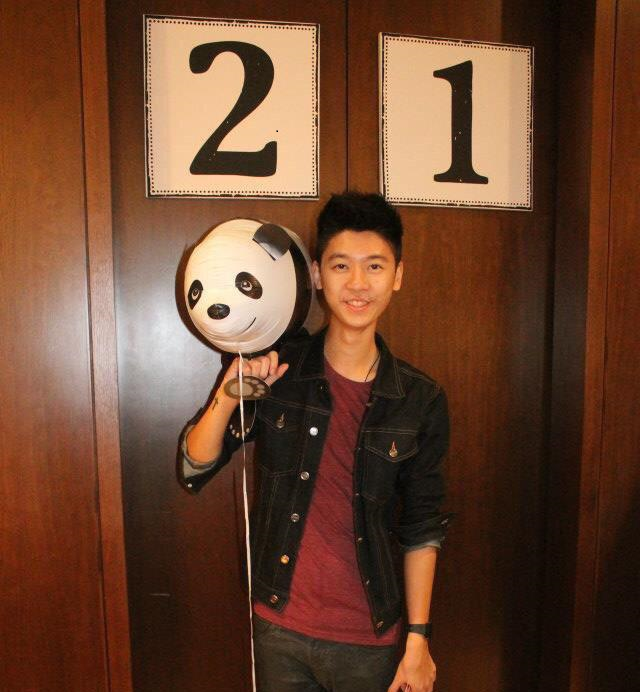 Besides, why splurge on a hotel suite party when there are more fulfilling, long term ways to reward yourself with, like your own place to call home or a solo vacation.

No shade to those that still celebrate like they’re Kylie Jenner every year though – mad respect for the effort and dedication. But as for this soon-to-be “uncle”, I’m perfectly satisfied with a HaiDiLao fruit platter or zi char dinner surrounded by close friends.

Just maybe let me experience the ridiculous money-pulling cake when I turn 50 or something. 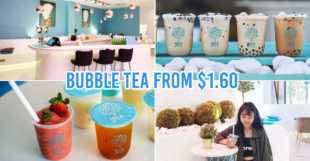 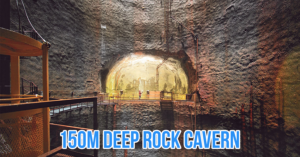