Growing up without siblings

“Do you have any siblings?”

This question has undoubtedly been asked upon first meeting, as a common conversation icebreaker a countless number of times.

Sometimes I answer “No” with a hint of a sigh in my voice, while more often than not it’s coated with a sense of relief. Growing up as an only child for all my 27 years thus far, I’ve never understood what it’s like having a brother or sister. It’s not that I resented the concept during my childhood, it just never… happened.

But being an inevitable case of “me, myself and I” in certain life scenarios, there’s many things you learn transitioning from an only child to a full-fledged adult without a kin. And while I don’t speak on behalf of every fellow sibling-less individual, see if you find these situations all too familiar.

1. “Only Child Syndrome” is not really a thing

“Attention-seeking”, “selfish” and “spoiled” are just some of the characteristics commonly associated with “Only Child Syndrome” – a stereotype that is as about as real as magic cloth. You won’t believe the number of times I’ve been analysed if I had “Only Child Syndrome” by people I barely know on a deep personal level, as if I’m a stark naked “host” in Westworld. 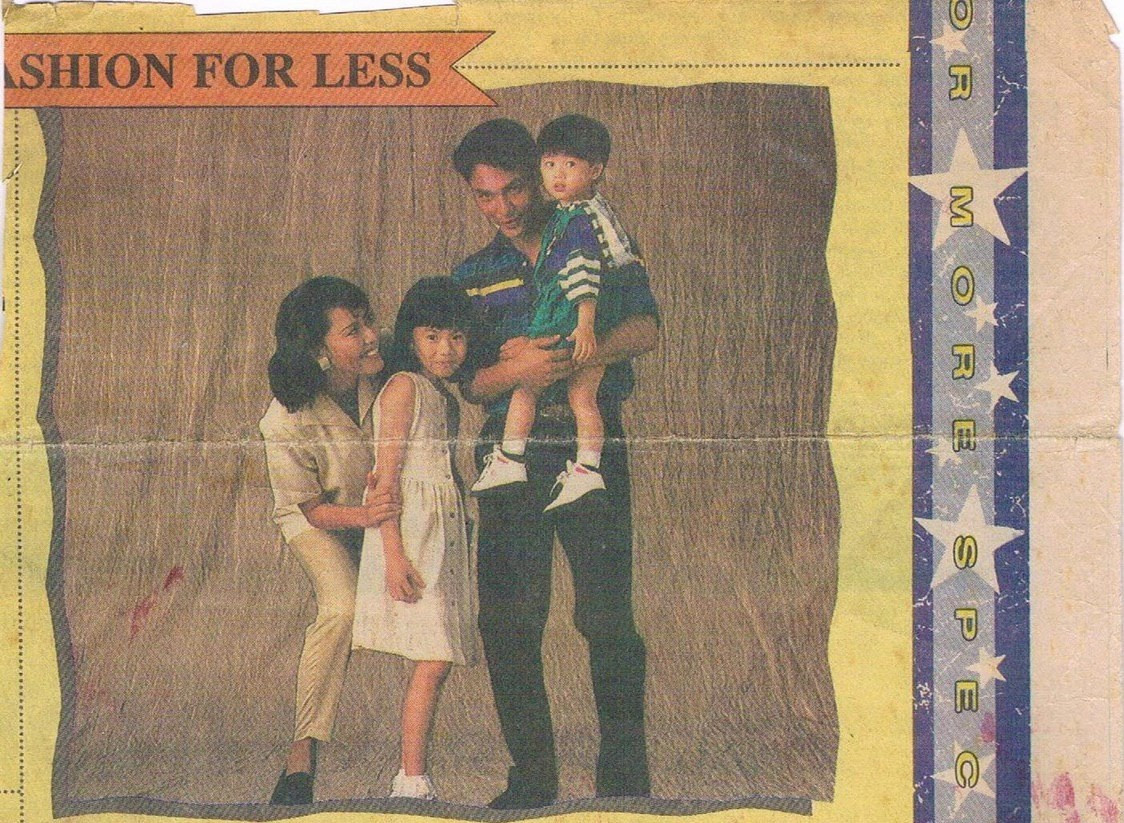 Ok fine, I admit to occasionally being spoiled as a kid by wanting to be carried around. Here’s me in a 1994 newspaper ad for K-Mart, with surprise – a fake family complete with a sister
Image credit: Bryan Yeong

In fact, the opposite end of the spectrum indicates that only-child individuals are independent and confident – traits I personally better identify with today.

2. Everything also you kena 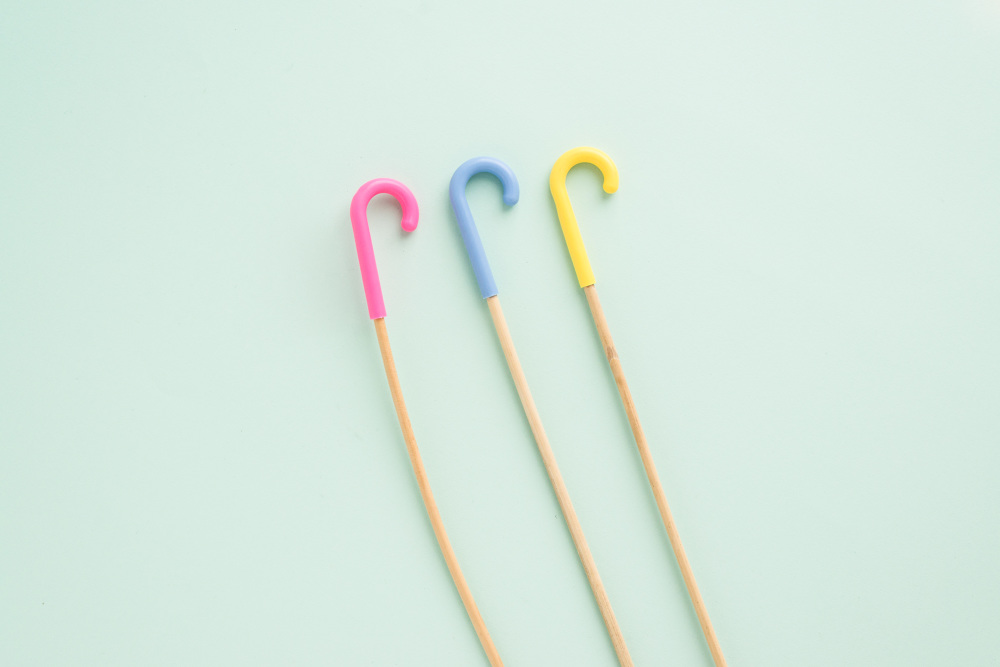 Not having a sibling – especially one that’s older – translates to assuming responsibility for all your actions. Yup, that means you couldn’t point fingers at korkor or jiejie for that piece of pisai stuck on your parents’ bedroom wall.

Having to ‘fess up to any mistakes came naturally overtime, exposing you to the full brunt of your parents’ verbal, and sometimes physical, lashings. But looking back, being a responsible kid only meant that I grew up to be a reliable human being.

And that blue-coloured handle cane I once feared? I now use it to sweep things out from under my bed when I can’t reach them. We’ve come full circle.

3. You’ll have a lot of things growing up but nobody to play with 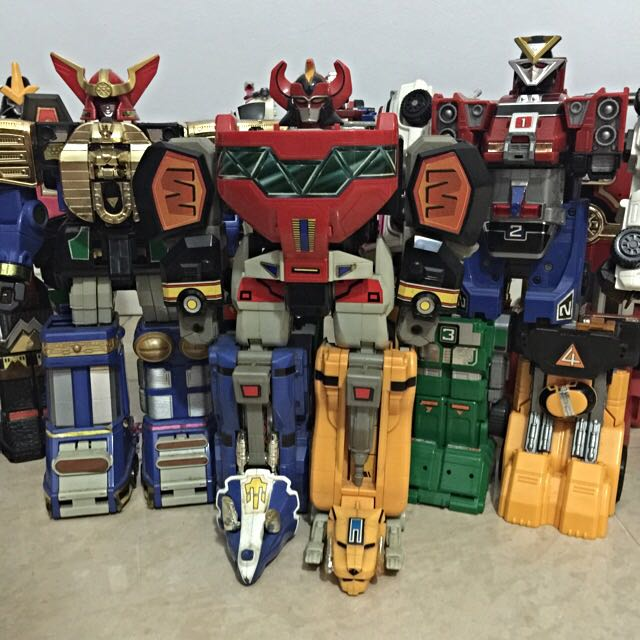 All I wanted for Christmas: Megazords… and friends to play with
Image credit: Carousell

Riding solo through childhood also meant that my parents showered me with whatever gifts and toys I wanted, even that Power Rangers Megazord for Christmas. The only downside? They were too busy with their careers as airline cabin crew, which meant playtime was either alone, with imaginary friends, or alongside my domestic helper.

4. You’ll be overprotected through your childhood

A wise woman once sang “I need time, I need space, I need… me”, and Ms Britney Spears could not have hit the nail on the head any more accurately about what it feels like to be “Overprotected”.

Nothing is more embarrassing than having your mother tell your classmates off just because you returned home with white shoes a shade darker from a game of “Pepsi Cola”. Or not being allowed to join the rest of your friends planning to watch Harry Potter and the Chamber of Secrets in cinemas without a chaperone until you provided everyone’s contact number in case of an “emergency”. Avada Kedavra social life, I guess.

I’m fairly certain that if I had an elder sibling who paved the way for teenage rebellion, I would have had an easier time establishing my personal freedom.

5. Eating by yourself is completely fine and even enjoyable 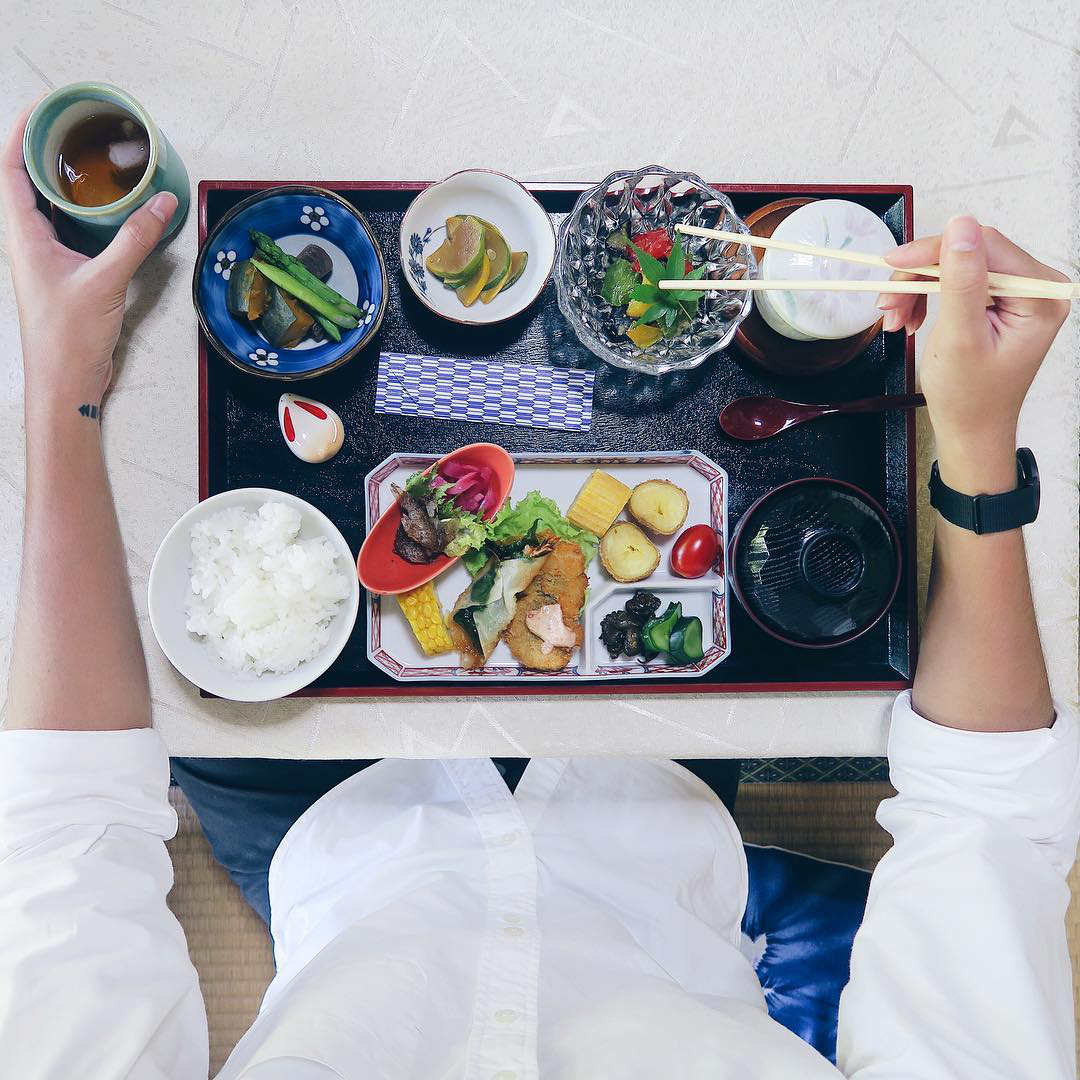 I always find it amusing when someone tells me that they “can’t eat alone in public”, as if they’ll be caught and fined by what, Instagram? Sure, I understand how that stigma is formed because society and social media tend to tell us that being alone makes you a “loser”, but does that mean then that having to do many things alone since young would also make me one?

Unlike big families that gather around the dining table and wait for everyone to eat, my meal times growing up were largely accompanied by TCS Channel 5 and Kids Central. I guess that’s why the thought of solo eating now doesn’t intimidate me. Heck, it’s even sorta nostalgic, and damn shiok too.

Not only would you not have to compromise to what cuisine others insist on, but you don’t even need to wait for anyone to be done with their food shots for the ‘gram either. Try. It.

6. Being alone ≠ being lonely 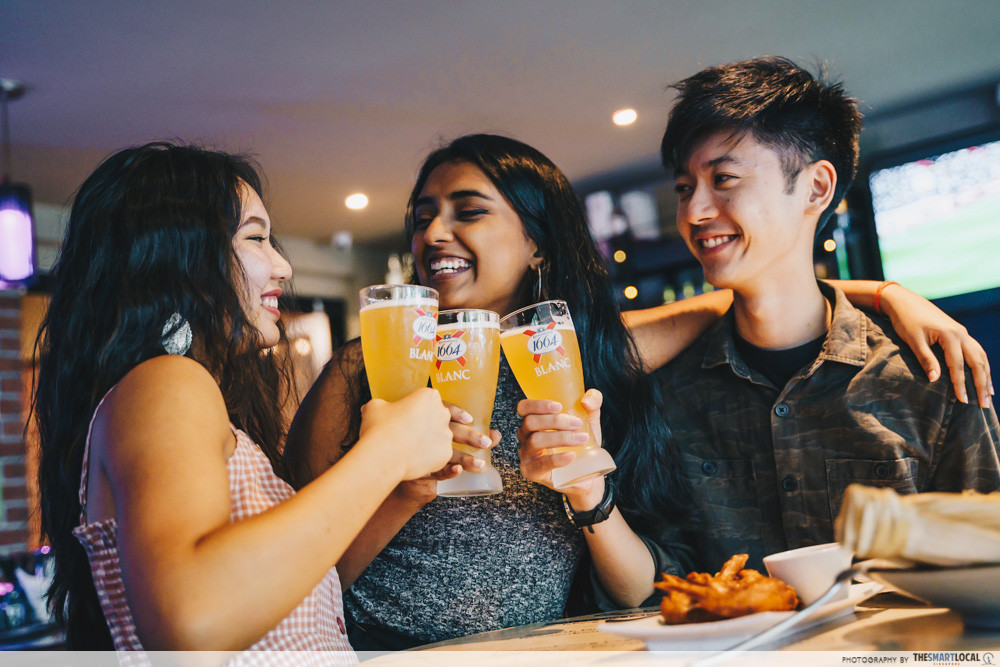 While we’re on the topic of being alone, don’t blame an only-child if they don’t always reciprocate your jio to karaoke nights or drinking seshs. It’s not that we hate you, it’s just that growing up with so much alone time, it’s perhaps become almost second nature to survive.

I can’t say for certain if my introversion is attributed to being an only child, but there are instances I’ve had to schedule “alone time” in the week just from feeling socially exhausted. The best part about being at home alone? It also means you’re king of the Netflix selection in the living room and you can try rapping as badly as you want to Drake without judgement.

7. Friendships will be of utmost importance 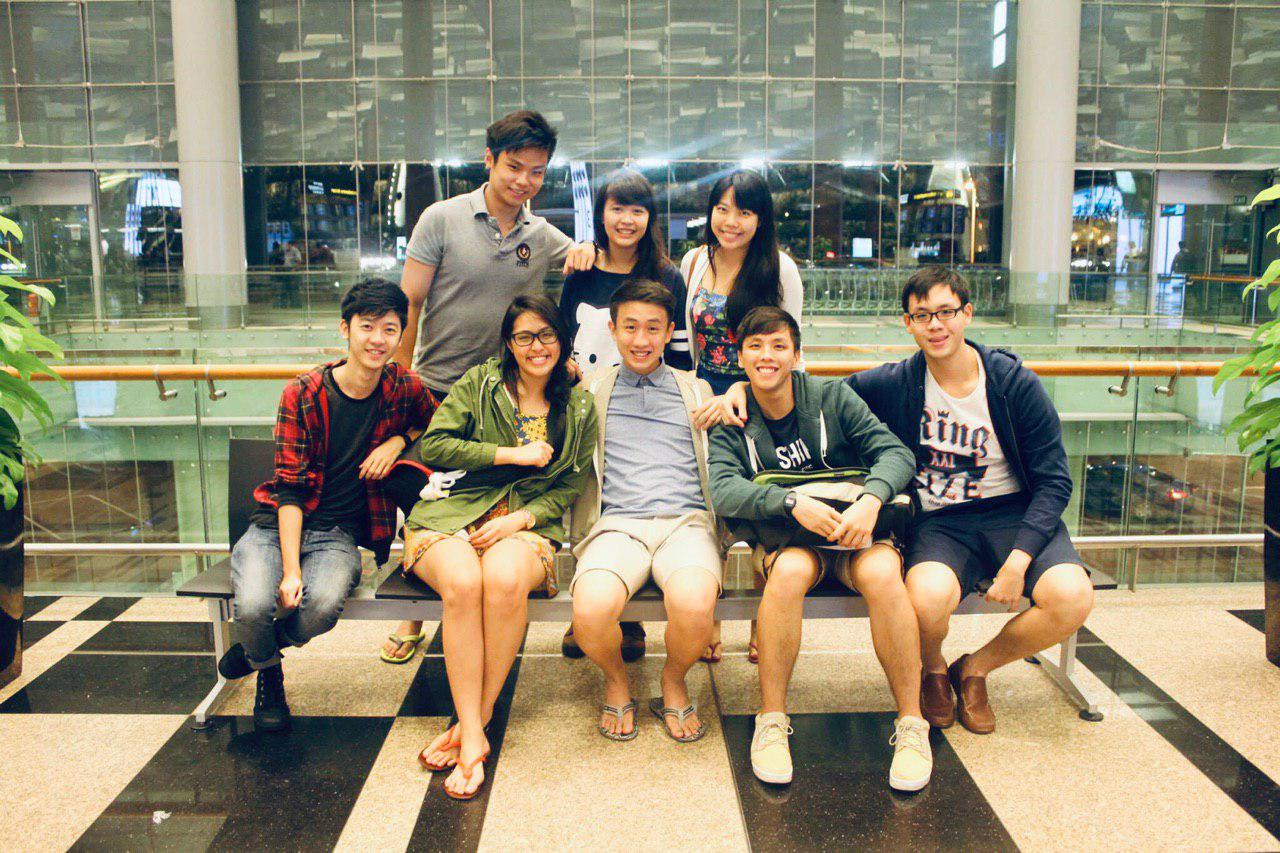 Friends of over a decade.
Image credit: Bryan Yeong

They say true friends are the siblings we choose, and I couldn’t agree more. Whether consciously or not, I’ve placed greater emphasis on the friendships forged during my secondary school and poly days in the absence of siblings, most of which have lasted for over a decade.

Rather than have a sibling that you may never get along with, bao toh your secrets to your parents and eventually become strangers with under the same roof, having the luxury of friends who truly have your back is quite the fulfilling feeling.

8. The pressure of doing well in school is real 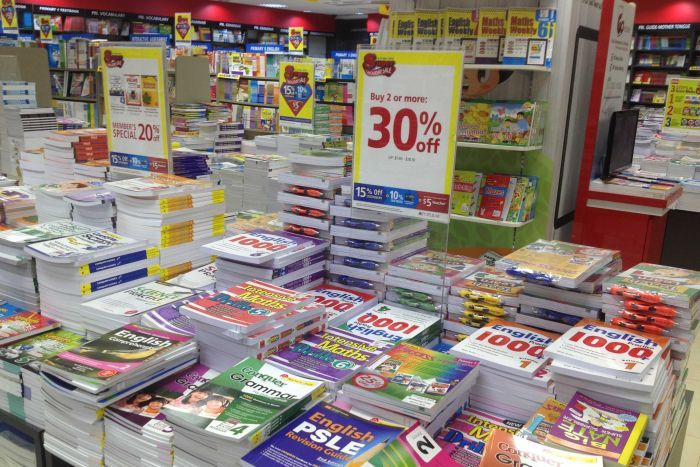 Places like these were scarier than Old Changi Hospital tbh
Image credit: abc.net.au

Despite the perks of being an only child, it sure had its challenges academic wise. Nobody told me that being the only kid in the family also meant that the Asian stereotype pressure of scoring As for exams and becoming a successful lawyer/doctor/banker would be implemented tenfold.

So through assessments books, mind maps and tears shed, I studied hard and got good grades without clear ambition, eventually pursuing the media communications degree I wanted despite my parents’ initial hesitance – “media industry no money one lah!”

See, this doesn’t always happen when you have overachiever siblings to give you the freedom of expressing yourself creatively, while they go ahead and be the “golden” child of the fam.

9. You’ll become the sole breadwinner for your parents

Which brings me to the #adulting version of my previous point. Being the sole kid in the household, you know for sure that one day you’ll be the only one supporting your parents financially – no sibling to split dinners or electricity bills with.

I mean, it makes sense though. Whether intentionally or not, your parents chose to only shower you with gifts and undivided love when you were young, so responsibility falls on your sole shoulders to do the same for them.

Loving life as an only child 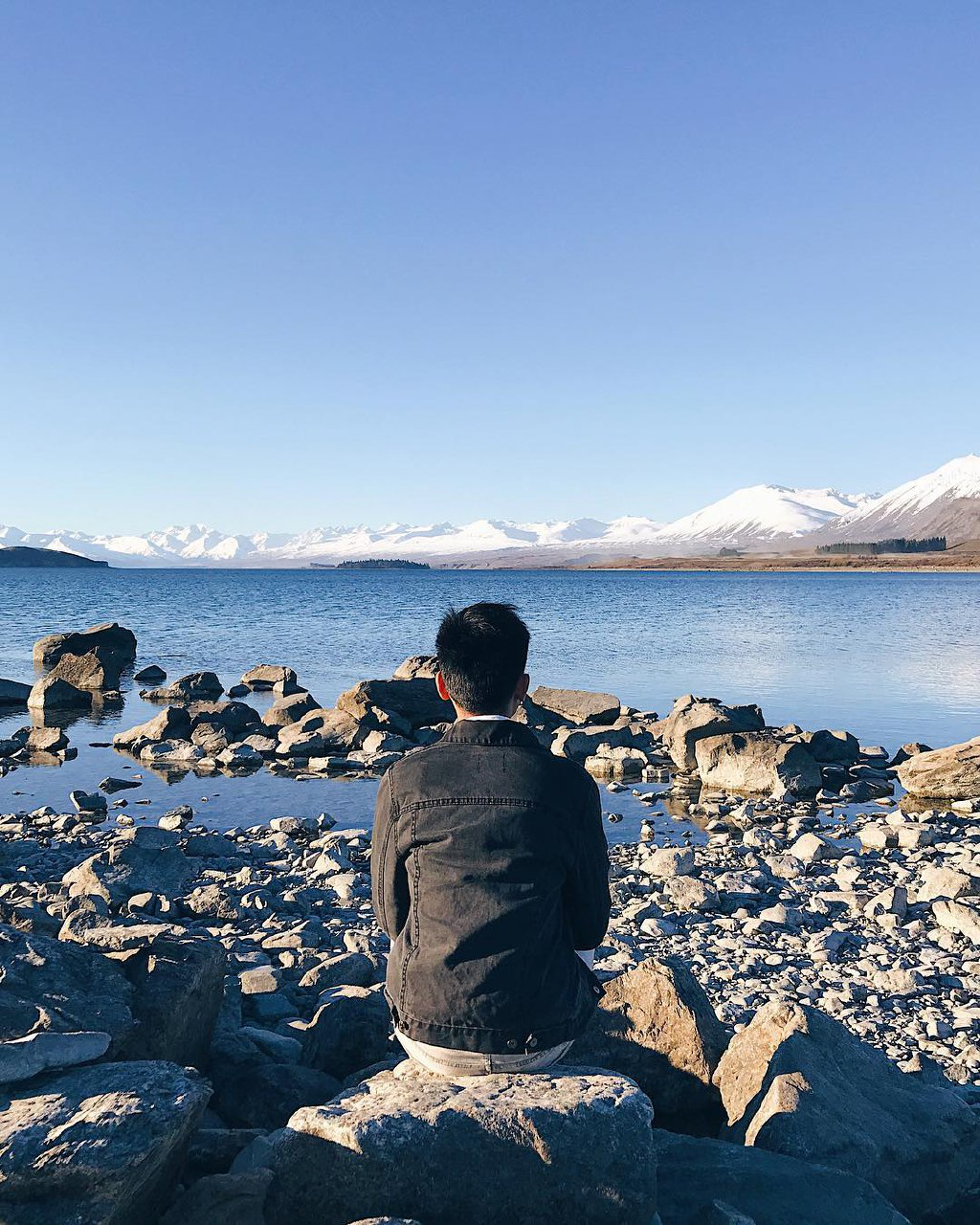 Although the thought of having an elder kin to look up to or a younger sibling to dote on does appeal to me occasionally, I’ve seen sufficient scenarios of sibling rivalry to know that it’s not always rainbows and butterflies either.

It’s no fun to witness the scenario of siblings arguing in front of me, from expletive word bombs thrown to cold wars, and the worst – when they “arrow” responsibility to each other for taking care of their aged parents, then disagree over family inheritance after they pass. Thankfully, I will never have to face such situations.

While growing up as an only child might comprise of conversations with imaginary friends, greater responsibility and a sheltered upbringing, being an only adult on the other hand, is actually really awesome.

And sure, I will never understand what it’s like to have a brother help me escape if I ever landed in jail like in Prison Break, Charmed sisters to cast spells and vanquish demons with, or a Monica to my Ross for my ridicule.

But I have myself, and you know what, that is enough. 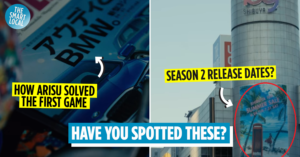 7 Hidden Easter Eggs In Alice In Borderland That'll Make You Rewatch Despite That Heart Game
24-Hour Clinics By Area If You’re Having A Virus Scare In The Middle Of The... 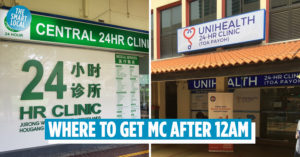