For many students, the 4 years spent in local university are all about rah-rah orientation camps, Instagrammable overseas exchange programs and glitzy internships at MNCs. But as my peers basked below the northern lights in Iceland and gawked at the Grand Canyon, I regularly slaved away in a tiny office till the early AM.

Working part-time as a barista or tutor is something many of us have done during our schooling years to earn some pocket money. It was no different for me as I made my rounds as a temp cashier, factory assembly worker and finally as a Chemistry tutor in my uni days.

But my uni life took a dramatic turn when I was offered the opportunity of a lifetime to helm an established local tech publication – full time. Here’s how it happened: 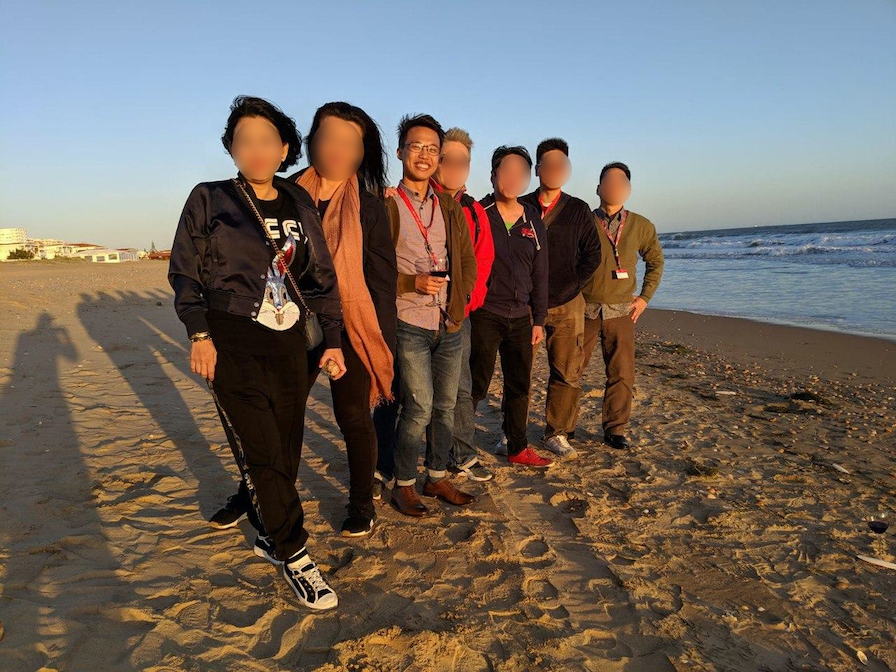 Fellow media attendees on a press junket to a tech conference in Seville, Spain. Many counterparts with similar roles were around twice my age.

I began as just one of the freelance writers at the publication, but my opportunity came when both superiors left in quick succession. Only 22 years old and halfway through uni in my 3rd year, I, against all odds, found myself sitting across from the proprietor of the company for lunch, getting briefed on a tremendous amount of new responsibilities.

My decent writing abilities and other skill sets were what they were looking for, I was told – though I was sure that my low salary was likely the most important factor. After discussing possible arrangements at length, we agreed to eschew regular working hours, letting me attend classes as per usual without having to delay my graduation by half a year.

However, with the same full-time expectations to meet, I would attend 1-2 press events and sit for sales meetings on top of attending my classes on a typical day. Actual work took place while commuting, during the breaks between classes and in the dead of the night. But in adapting to the constant pressure to perform, I learnt 7 important lessons that apply to school, work and life:

1. “Faraway” deadlines fool you into spending more time than necessary

Going on frequent overseas work trips while in university meant squeezing in study whenever there was downtime – like on a tiny plane tray table.
Image credit: Ian Ling

I wasn’t born ready for the hustle. Entering NUS, I had plenty of reservations about my ability and decided to take Year 1 easy, forgoing any commitments and opportunities that came along with it.

Big mistake: when I received my lacklustre grades for my first semester, I realised I had fallen into a trap of my own doing. By freeing myself from any additional responsibilities, all the extra idle time had made me complacent. Paper due in a month? Sure, I’ll get done by then, I told myself, yet ended up submitting it literally seconds before the deadline.

The endless paper submissions in my course meant that procrastination was not an option
Image credit: Ian Ling

But of course, more disciplined folks might have few problems setting their own due dates allowing for plenty of leeway, but kancheong spiders like myself thrive on the adrenaline rush to focus on and complete assignments quickly.

For those who can relate, the best way to shorten “faraway” deadlines and to avoid procrastination is to take on enough responsibilities, activities or hobbies so you don’t have extra time to wile away.

After getting the job, I found that the extra commitment on top of my studies forced me to regain some sense of discipline. Now that I had no extra time on my hands, I had no choice but to maximise every moment I had to be productive.

Our years of schooling are spent on acquiring increasingly focused knowledge and skills – the 10-odd subjects in secondary school eventually come down to a single major in university. At work, while your educational background plays an important role in how you perform, secondary skills seem to be the deciding factor in helping employees get noticed.

Back then, our editorial team focused mainly on writing and publishing – but we often found ourselves handling social media, video production and sales. Although I started out as just another freelance contributor at the publication, knowing my way around cameras and editing software certainly helped me be of greater service.

No matter your industry, universal soft skills like coaching, presenting and planning will help you shine in your day-to-day tasks at work. However, there are unique competencies to consider for specific industries:

3. Do freelance gigs with low barriers to entry

No matter what skills you’ve set your sights on, they aren’t acquired overnight either. You can take on structured, formal classes, but I found that the most efficient way is to learn on the job. 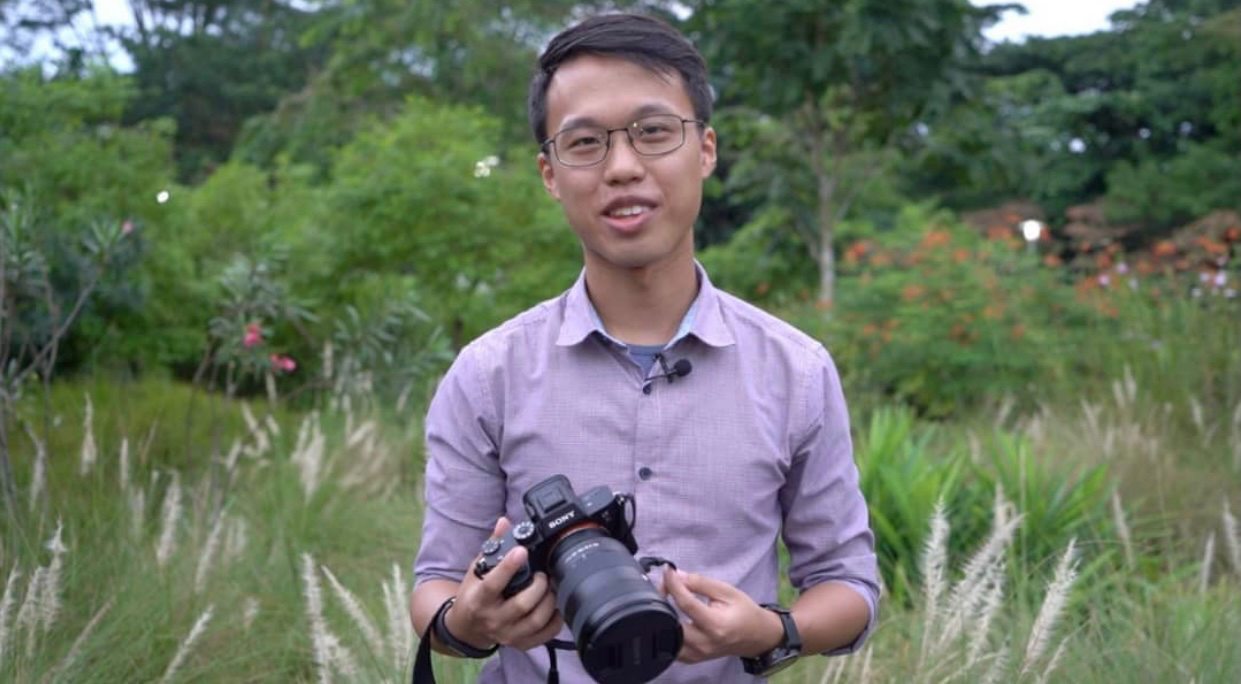 Initially freelancing as a photographer, I gained valuable skills both in producing and editing videos, but also in writing and presenting about cameras.
Image credit: Ian Ling

My immediate goal was to earn something to offset my daily expenses, but working freelance as a photographer and a writer helped me build my portfolio. As easy as that sounds, there were plenty of setbacks that made it such a poignant learning experience:

The prep for my first shoot was strenuous. Spending hours the day before scouting the location by checking the lighting conditions and planning transport arrangements, I was paid a token amount for the 3-hour shoot – barely enough to cover my expenses for the day.

Starting can be the biggest hurdle, but these are some tried-and-tested ways:

4. Look at skills you’ll learn instead of money alone when you’re inexperienced 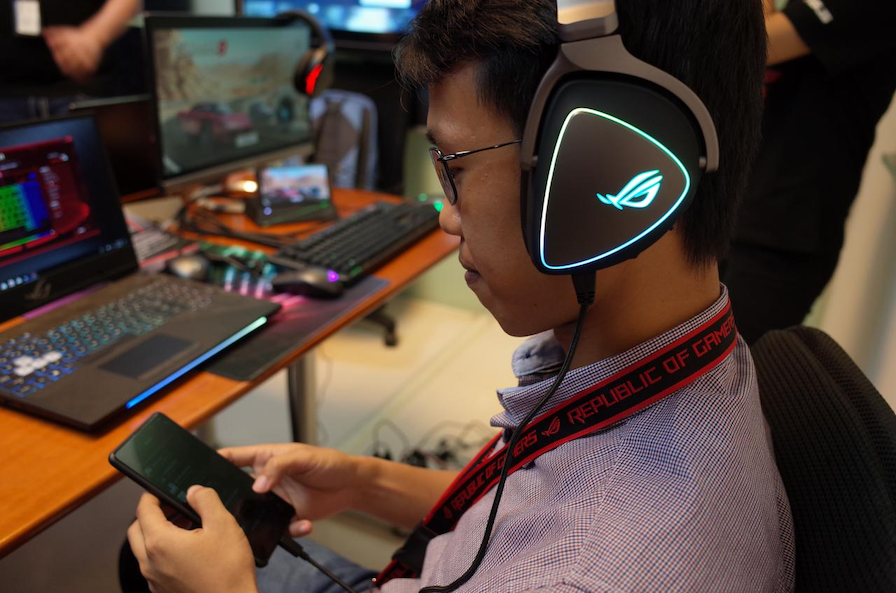 Money was of little concern when I had the latest tech in my hands
Image credit: Ian Ling

Singaporeans love to compare, especially when it comes to their jobs and salaries. In university, everyone had internship envy and starting pay was a constant topic at lunch. While each job plays a vital role in determining the trajectory of your career, the most rewarding, educational experiences sometimes don’t pay very well.

Instead of trying to find a job with the best pay, ask yourself what skills and competencies you want to gain during your time at the company. In addition to negotiating a comfortable salary, asking these questions during the interview can help you decide if the job will meet your expectations:

That way, you’ll have a better gauge of the learning curve and the assistance you’ll get on the way up.

5. Know which aspects of your education are career-essential

Will I ever use this in the working world?
Image credit: Ian Ling

99.9% of us might have never used Pythagoras’ Theorem after graduation, but we’ve all been made to grapple with complex topics during our schooling days. While there’s no denying that most of the things we learn at school have had little bearing on our jobs and careers, it serves a much deeper purpose in our lives – you just need to know where to look.

It goes without saying that my highly technical and mathematical economics course had little to offer when it came to writing, communication and media skills. But thinking back, the 4-year Economics course manifested in curious ways. I started an article series that explored the hidden economic reasons behind the big moments in tech, like Trump’s Huawei ban.

You may find yourself in a career that had nothing to do with your course, so it’s important to learn what we can – even in ways that are not prescribed. Before knowing I’d be pursuing an editorial career, the things I learnt in my stint as an editor in the Economics department’s quarterly publication definitely helped later in life.

6. Too much effort on one thing leads to diminishing returns 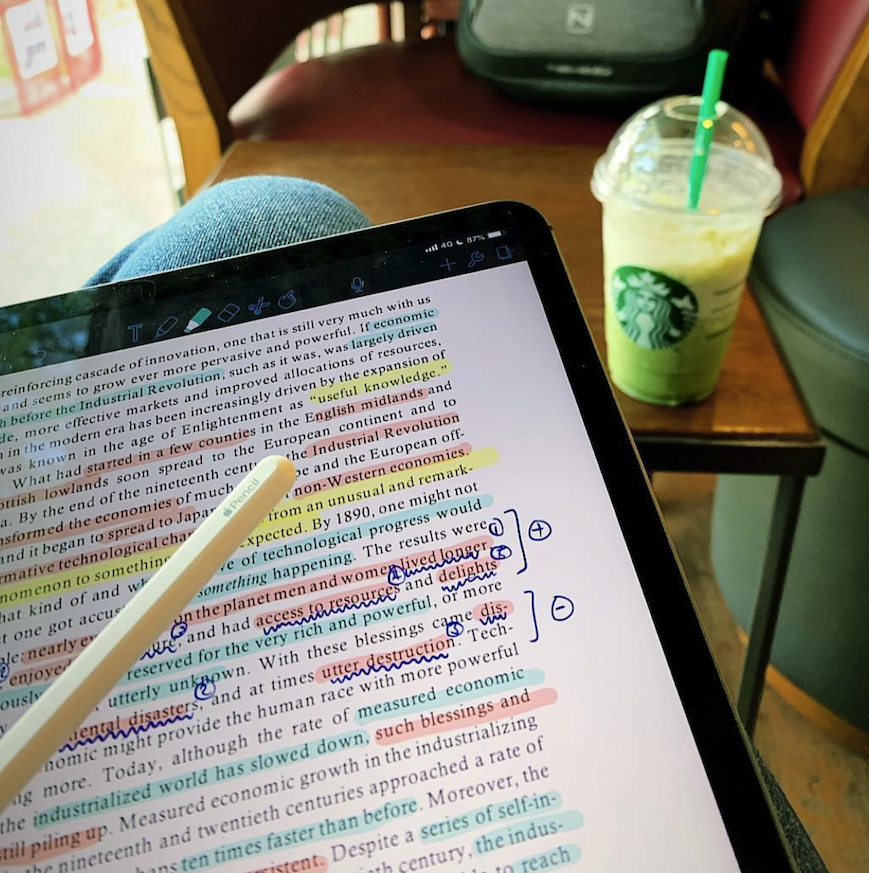 The pockets of time between meetings spent catching up on schoolwork was just about enough to tide me through university
Image: Ian Ling

We all remember mugging during our school days – the obligatory hours spent in libraries and cafes grinding away at 10-year series’ and other revision materials. But no matter how smart you study, you might reach a point where an additional hours’ work won’t yield a worthwhile result.

In economics, we referred to it as diminishing marginal returns – the point at which you’re better off investing in other things. Back then, a couple of days’ worth of cramming might’ve yielded a B, but you’d need to spend weeks of constant mugging throughout the semester to score an A.

With many responsibilities and limited energy, focusing on a carefully selected list of low-effort, high-return tasks helped me greatly when working while studying. This consisted of:

That way, I avoided the hundreds of hours of recorded lectures and thousands of pages of readings – which would have easily swallowed up days of effort.

7. Seize opportunities to network even if you’re not into camps 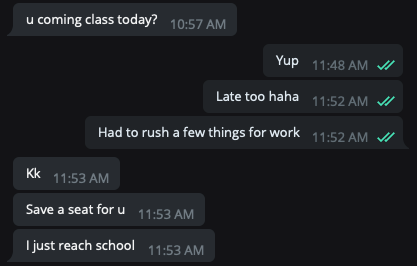 From saving seats in lecture halls to helping me catch up with the syllabus, my friends looked out for me without expecting anything in return.
Image: Ian Ling

I matriculated into NUS at a time when university orientation camps had become highly controversial, and I decided to forgo this quintessential milestone to avoid any drama. No Rag & Flag, no ‘O’ Week, and most importantly, no rowdy cheers about one’s private areas.

Nothing says “I care” more than chope-ing seats in study areas for friends during the crowded Finals season
Image: Ian Ling

Making this relatively uncommon decision meant I had to make extra effort to befriend classmates when cliques had already formed. It wasn’t easy to make these friends, but they were easily the most important part of my journey working while studying. Frequently missing from classes due to work trips, launches and presentations, I was kept up to speed and out of trouble by my buddies

They also readily took on group projects with me even though they knew I was often swamped with work and could be difficult to contact. Study breaks usually involved peers painstakingly explaining topics from scratch to a bewildered me – but they’d spend hours of their own revision time till they were sure I had caught up on weeks of missed lessons.

Even at work, fellow journalists kept an eye out for me, helping me get my hands on soundbites and photos when I couldn’t make it for events. PR folk, too, helped temper otherwise high-stress situations when it came to time-sensitive news and content.

Why sacrificing the “fun uni life” was all worthwhile

With the glitz and glamour on social media and the peer pressure to achieve the “perfect university life”, it’s easy to be pressured to tick off must-do milestones like orientation, overseas exchange, and internships. However, there’s no “right” or “wrong” way to complete your university journey.

While I might not have taken the tried-and-tested route, it’s not to say it was any less rewarding, enjoyable, or dare I say it – fun. I traded orientation groups for fellow journalists who’ve become close friends, carefree travels during exchange for quick 2-day speed-runs through cities during work travel, and the close supervision of internships for solitary stress in the early AM.

Working and studying each offer their own set of unique challenges. Taking both on concurrently certainly multiplies the pressures, but also the joy, satisfaction, and fulfilment. 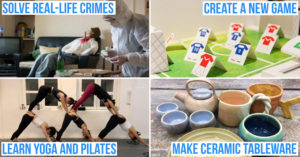 9 Interesting NTU Elective Modules You Can Take To Skip On Lesson Fees Outside, Shared By Seniors
"Workations" May Replace Team Cohesions In 2020, So Forward This To Your Boss 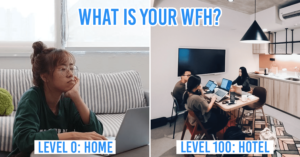