I think university orientation camps are great. There I said it.

Right before I enrolled in the big U, my dad gave me an hour-long lecture about ragging – aka initiation rituals run by seniors that humiliate freshmen – that used to occur in university back in his day. And for years, since my secondary school days, there have been many news articles revealing the dirtiest secrets of orientation camps, like games of a sexual nature that put you in compromising positions.

But having been through hall camp as an NTU freshie, as well as faculty camp as a senior, I realised that camps are not all that bad. In fact, I had a great experience. And it made university life so much better for me, even long after it was over. Here’s why:

P.S. this article refers to the common camps that are organised by students, rather than the official ones held by the school administrations.

Orientation camps are the best catalysts for making friends

Starting from the beginning, university life, with its population of thousands and thousands of people and seeming lack of structure, is hard to grasp. There’s just so much to know such as:

The key to navigating this network of confusion with your sanity intact is one thing: friends. They keep you in the loop and more importantly, are pillars of support through personal issues, project work rage and final exam breakdowns.

But forming strong friendships is hard. And it’s even harder when you meet your classmates for a grand total of one hour every week. One can even go through a whole semester without knowing half their classmate’s names – not an exaggeration. 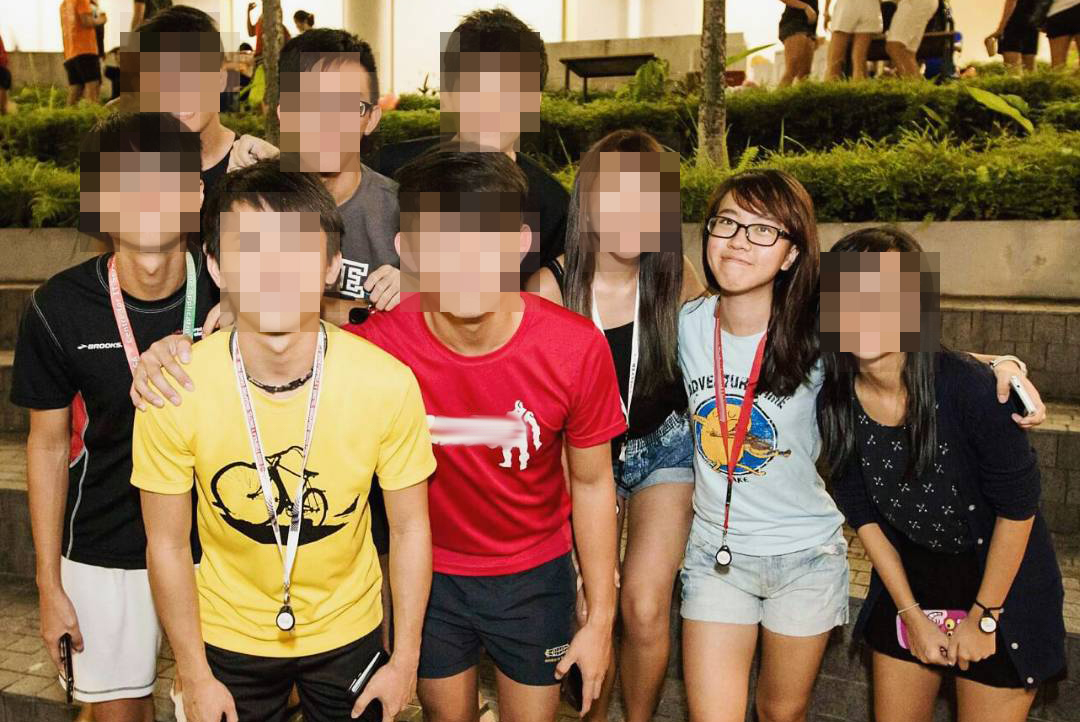 In contrast to the fleeting nature of university life, orientation camps are organised to help you meet new people and are a great avenue for forming lasting friendships. They nudge socially awkward beings – like me, lol – out of their shells, and provide a shared experience for freshies to bond upon.

What actually goes on during orientation camps

We often hear about the ugliest sides of camps with raunchy revelations of highly sexualised games. But that’s just one facet of the story, not representative of camp as a whole. Some of the concerns I’ve resultantly heard from juniors were: 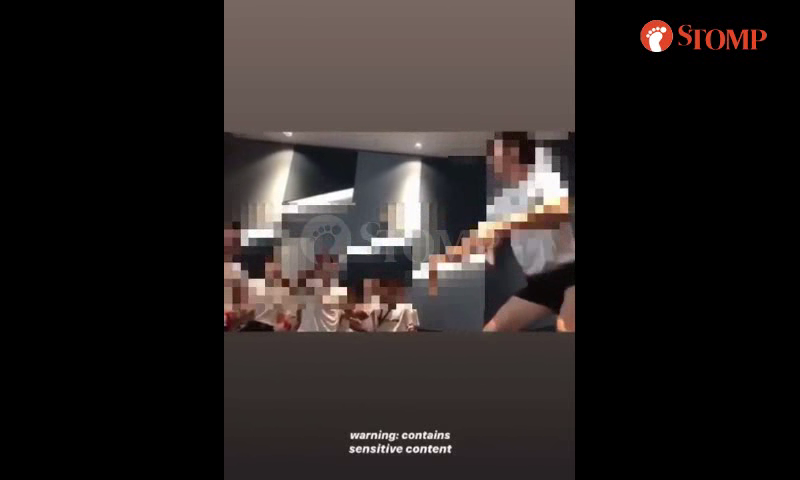 Granted, camps are far from being prettily run. There are indeed some “sexualised games”, little time allocated for sleep, and initiation – which for the uninitiated, is almost like a challenge for freshies to complete. For my camp, we had to play tug-o-war against a tree blindfolded – we had no clue, until we removed our masks.

But, and here’s the big but, my friends and I have never regretted signing up. Clearing the air about all orientation camp speculations, here’s how most camps go – or at least how mine went. My hall camp had lots of activities; Some extremely PG13 games like Splat, some more R21 ones like vulgar cheers and biting a Pocky stick to the shortest length possible – Lady and the Tramp style.

Some games require physical contact between members of the opposite sex. But those that were a lot more touchy were kept within members of the same gender – for example, taupok which is (a) a type of food but (b) also often used as a forfeit where people lie on top of one another in a big pile. It looks something like the following but with fewer people: Understandably, these kinds of games do not sit well with everyone, as we all have different boundaries for close physical contact. Most in my batch were more amused than anything else with my orientation’s activities – or at least appeared to be. Regardless, I distinctly remember the seniors always looking out for our wellbeing. Before and during each game, they’d ask if anyone was uncomfortable, and if you are, there are clear opportunities given to sit out.

Being unwilling to participate in certain games also is also not a big deal, and if you decide the whole thing just isn’t for you, dropping out of the camp will is always an option. In my camp, a girl dropped out after day 1 and it was cool with everyone. Her name was not revealed either.

In a friend’s orientation camp, the seniors were extremely careful with their secret partner activity – where males and females are paired up and sent on a date together for a couple of hours. Those who were attached or didn’t want to participate could be sifted out before the pairing process and sent on a massive group outing together instead.

Some speculate that secret partner is part of a hidden government agenda to get Singaporeans to have more babies. Although no babies were formed, a small handful of people did eventually get attached to their secret partners. The rest saw it as a platonic avenue to know more people, though.

And you might be wondering, what about all those infamous and sexually explicit, incest-themed pushups games? Frankly, I’ve never heard of any camps practising those other than the ones exposed online, and most seniors have the sense and sanity not go to such extremes.

There are now lots of measures put in place by the school to make sure seniors don’t cross the line. Every student camp organiser in NTU now has to go through an entire online course before being able to conduct a camp, so it’s not like anyone can just plan what they like for the sake of torturing the freshies. But the best part about orientation is not what happens during it, and rather how it shapes your university life after. I attended hall camp but skipped out on faculty camp in my first year, and experienced a stark difference in social life:

I had a blast in hall, having met most of my hall neighbours within that 4D3N camp. Every day was dandy, we’d all smile at familiar faces while walking along the corridors and it felt like a second home. Finding meal buddies was as easy as sending a “who wants dinner” message on Whatsapp. It was also easy to catch on to the ins and outs of hall life.

Opportunities also came a lot more frequently, as I heard about the different lobangs available from people around me. It’s almost like a domino effect – the more people you know, the more lobangs you get, and the more activities you eventually join. Hall camp indirectly led to my participation in a whole bunch of hall activities such as overseas CIP, hall dance and leadership positions.

Faculty life, on the other hand, was a real struggle in my first year, as I’d missed the sign-up date for camp. I literally didn’t know a single soul. In my first week, I was lucky enough to meet a kind senior who added me into existing orientation group chats on Whatsapp – in camp terms, it’s called “adopting” a freshie.

Even so, there were already established social groups and popping in at that point made me feel like a “third wheel”. Everyone was friendly enough, but it definitely wasn’t the same, and my year 1 social life there was overall was pretty barren. On a brighter note, things did pick up after the second year, as I joined faculty camp as a senior and met more people along the way.

Of course, there are lots of other opportunities to make friends, though interest groups, project works and the likes, but it takes longer for one to form strong friendships through these avenues. 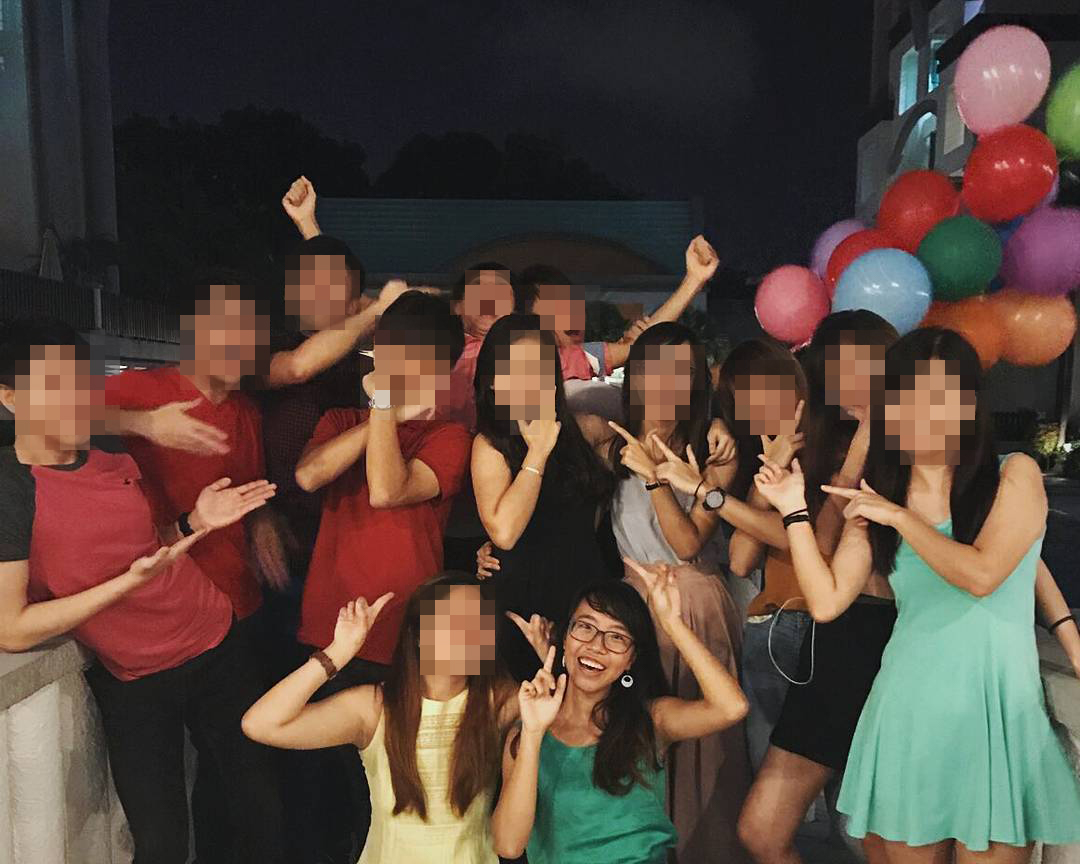 Orientation camps are much more than just the sexualised games that everyone loves to blast online. It’s a whole culture with cheers, games and traditions passed down by seniors. And culture, at the end of the day, is what gives us a sense of belonging.

For seniors who have organised a camp, you might know how personal the process can get, and how much work is put into it, with the planning stages beginning a whole half-year in advance. There’s usually even a pre-camp camp for seniors to dry run the whole event to QC the games and make sure that everything runs smoothly.

To top that off, it’s one of the best opportunities for freshies to meet seniors – and as all uni kids know, getting university hacks from seniors is one of the best ways to ensure that you breeze through school life with ease. It sure beats figuring out everything yourself.

It’s great that the worst parts of orientation camps are being revealed so that camp planners that go too wild will be kept in check, but let’s not forget that these parts are often the extremes and there’s also a lot of good that often doesn’t come to light.

If you’re on the fence, I’d say give it a shot. If you know for sure that you’d detest it, then there are other avenues where you can bond with your new coursemates, such as joining CCAs and signing up for committees.

Read our other similar articles here: 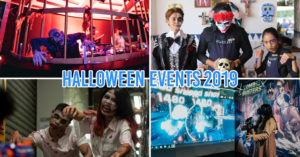 11 Halloween 2019 Events In Singapore - Horror Escape Room, Zombie Movie Marathon, & Costume Parties
12 Team Bonding Activities In JB For A Quick Trip Across The Border With Your... 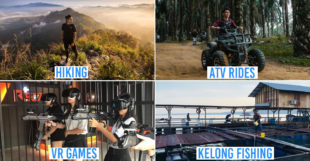