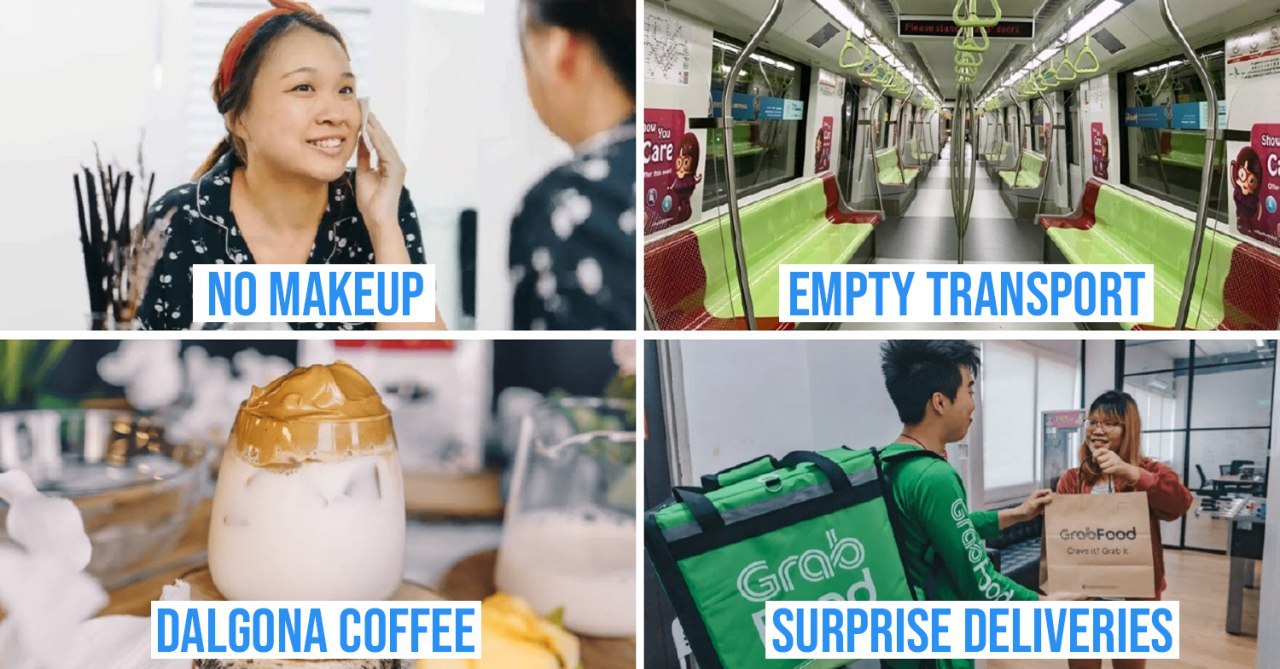 When life gives us lemons, we make Dalgona coffee.

That’s just one of the many revelations realised during the 8 weeks of Circuit Breaker, when COVID-19 threw a spanner in the works of the new year we all had planned. We woke up to a new world on 7th April 2020, one governed by social distancing, where food deliveries and working from home reigned supreme.

Despite our insatiable itch to return to life as we knew it, we also can’t deny that the circuit breaker didn’t have its silver lining either. Here’s 8 Things Singaporeans miss about  Circuit Breaker. 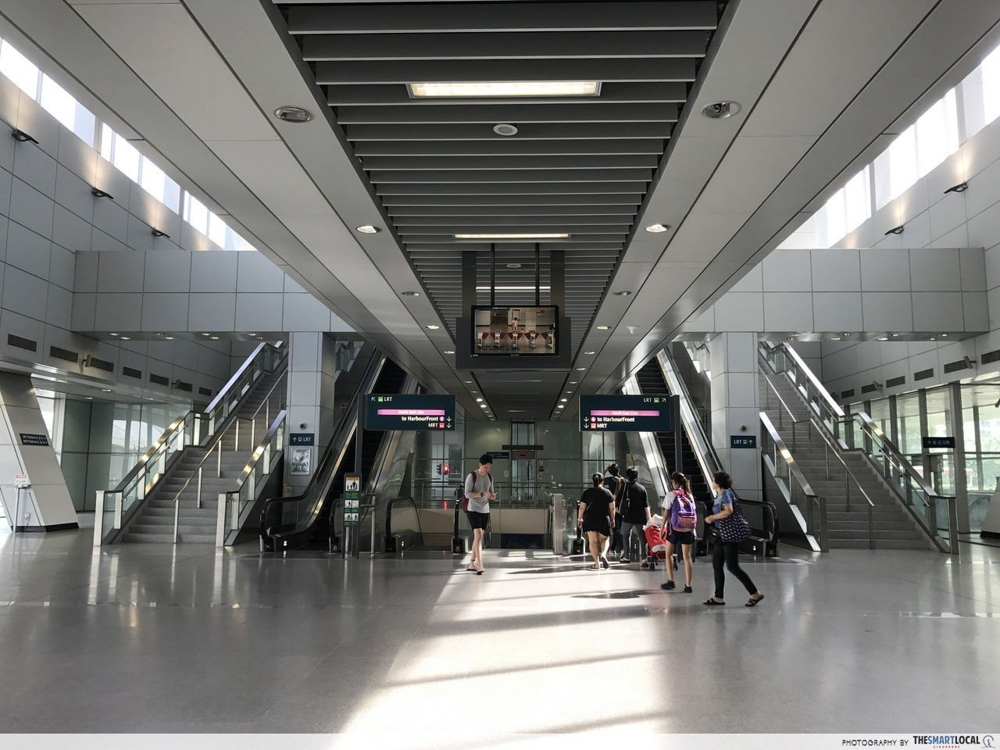 Rush hour in Singapore is hardly pleasant. You’re zigzagging your way past slow walkers watching dramas on their phone, before being sardined into cabins and putting your balancing skills to the test every time the bus or train jerks.

But setting foot on public transport in April or May told a different story. The usually swarmed interchanges and stations were scarce of crowds, with only a handful on-the-go for essential work or grocery runs. A quick bus ride to get dinner a couple of stops away found me to be the sole passenger one Saturday evening – an occurrence that never happened before. It was a refreshing change from the bustling and jostling I was used to. 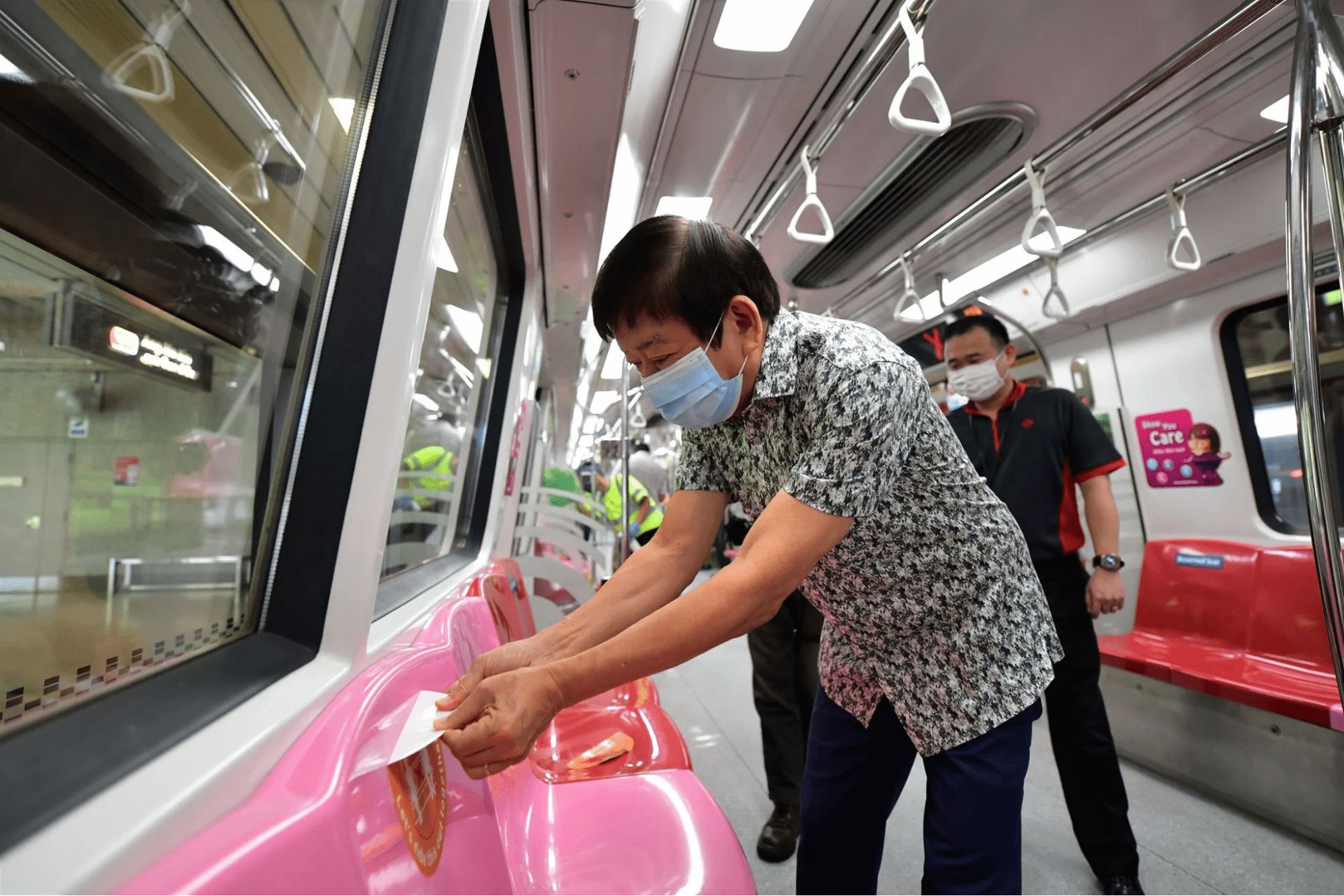 But as we start whipping out our EZ-link cards again while bidding adieu to confirm plus chop seating, we’ll have to remember that things won’t be all the same. While safe distance stickers won’t be a sight anymore post-CB to make way for heavier crowd flow, masks will be mandatory at all times.

Oh, and you’ll want to refrain from touching the handlebars too which means you might want to up the priority for training your calf muscles during your Chloe Ting home workouts. 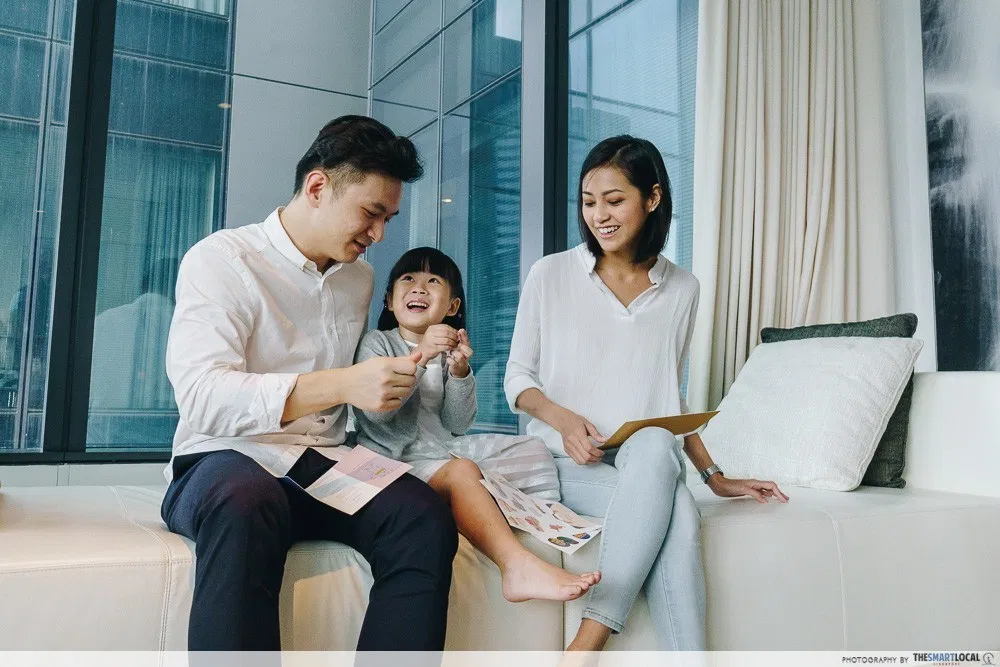 Let’s admit it: before the Circuit Breaker, family time wasn’t always a priority for many of us. But when you’re forced into being a homebody with no one else but la familia to count on for human interaction, suddenly family bonding increases tenfold with DIY activity kits, board games and even TikTok challenges.

Sure, cabin fever is inevitable, but through nagging about chores or squabbles about whose turn it is to dabao, most of us would have emerged from this lockdown with strengthened love and respect for our family members.

Parents – once only able to spend quality time with their kids during school holidays – had 24/7 to spend with their little tots. Although, facing their never-ending antics would’ve led to hair-pulling frustration for some – especially when having to divide attention for their WFH as well. 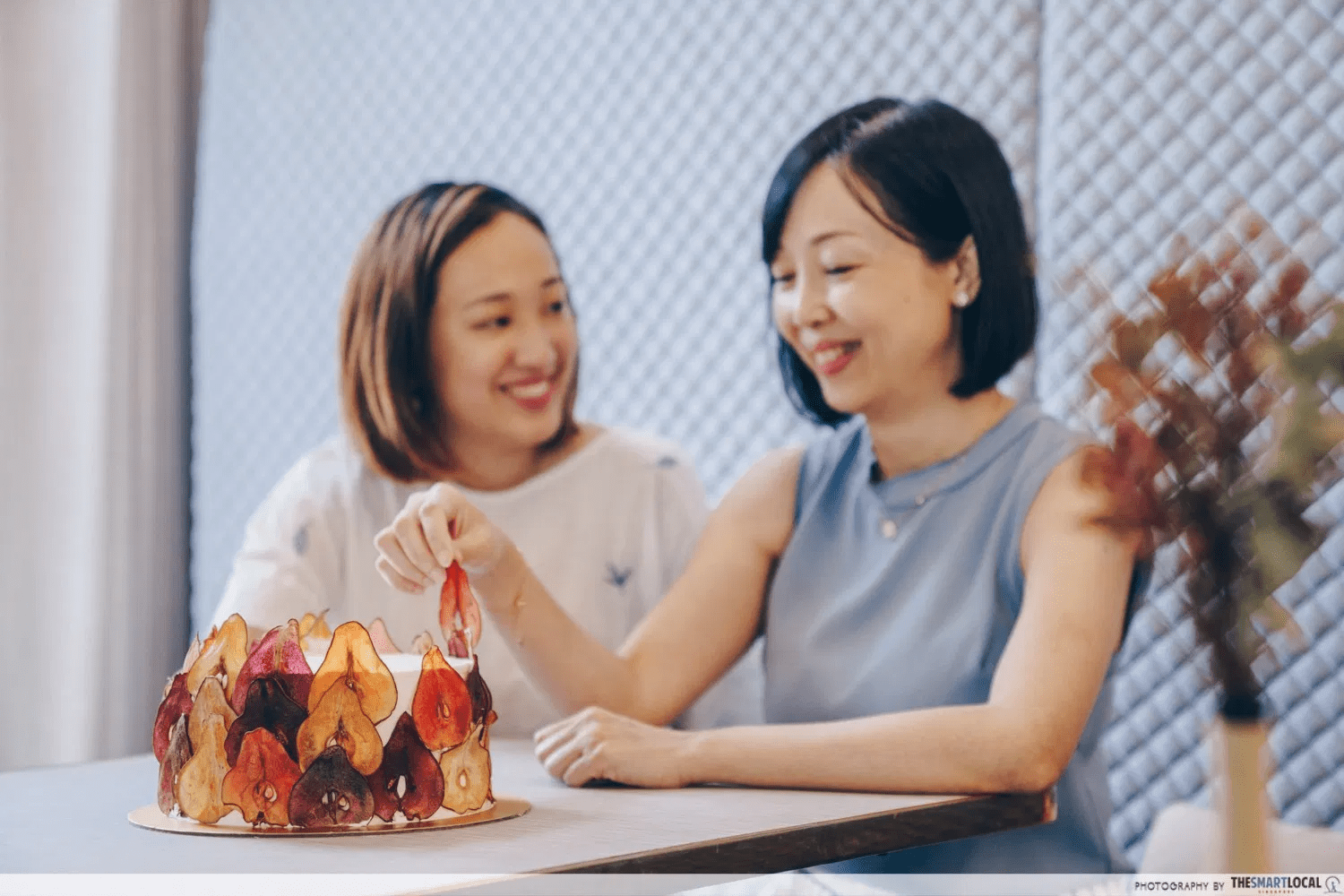 Mother’s Day was celebrated at home during the Circuit Breaker

We even crossed Mother’s Day during the Circuit Breaker in May, and with dining out at fancy restaurants not permitted, it meant a full day spent with the heroines in our lives filled with home-cooked meals and surprises. Father’s Day is just around the corner on 21st June, so we’ll likely see a similar celebration even if dining outdoors is allowed again by then.

3. WFH arrangements and sleeping in 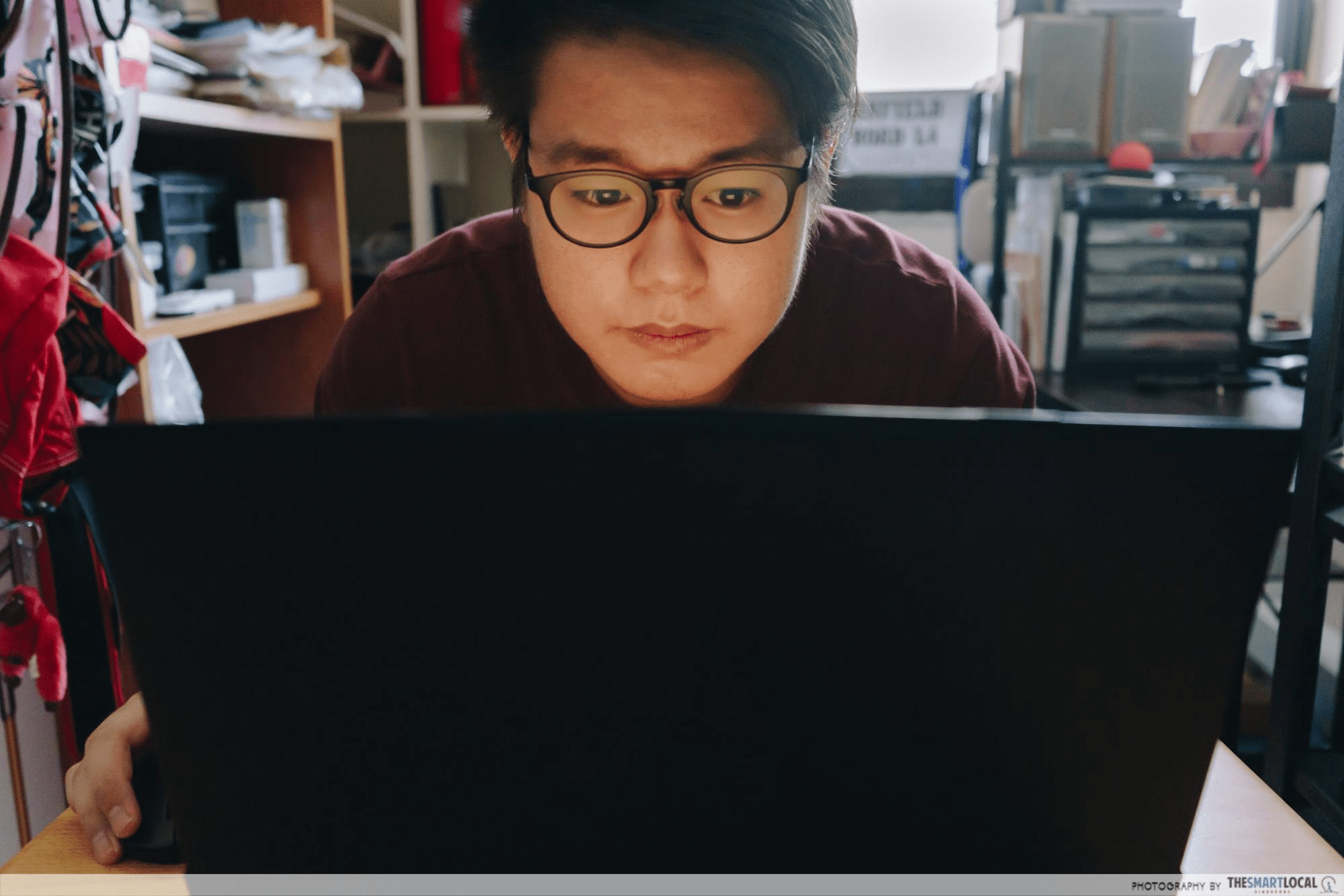 No judgement if your work starts at 9AM and you only get out of bed at 8:50AM – I do it too. Rub out your eye boogers, splash on some face wash, brush your teeth – and you’re all set for a day of emails and team discussions. Avoiding the daily commute has saved us a good hour of travelling time, which means setting our alarms later to sleep in and making a world of difference in our day.

While WFH can prove difficult at times – laggy Internet connection proving to be the main culprit – many of us that could still work from home made the best of the situation, perhaps even being more efficient without having office distractions like unnecessary meetings and water cooler chit-chat.

4. Not needing to get ready in the morning 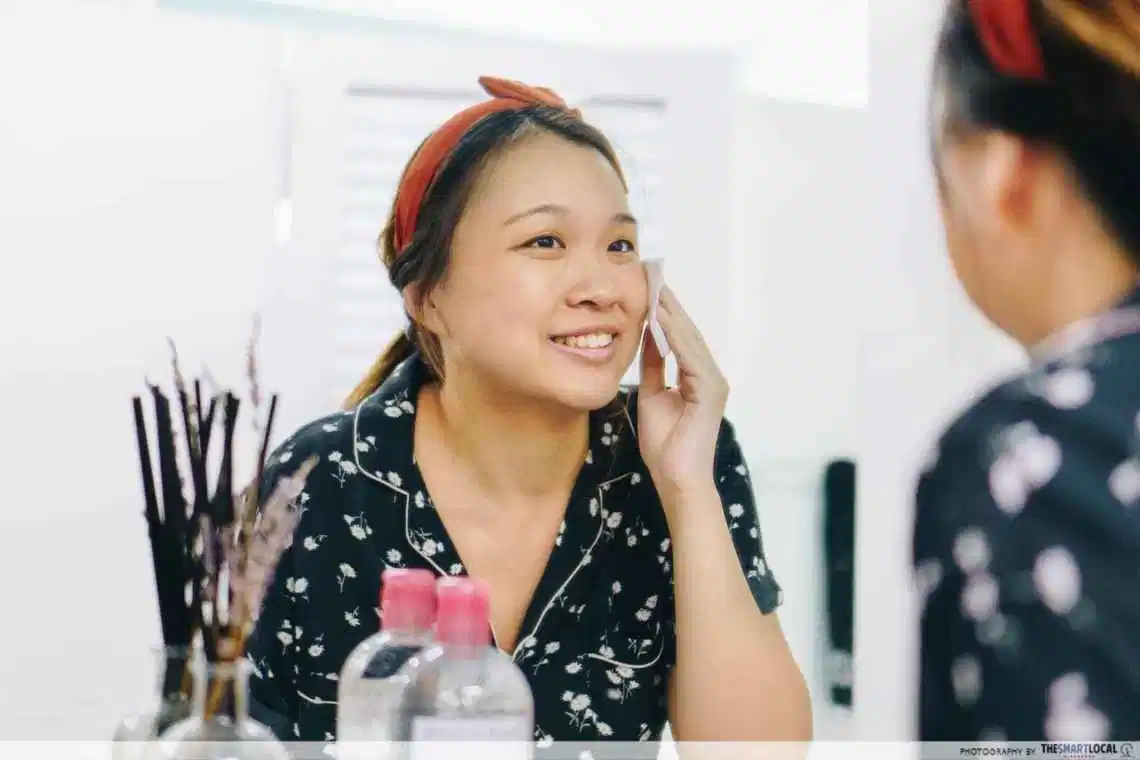 Besides sleeping in and cutting out travelling time, another perk of the Circuit Breaker was not having to get ready in the morning. After all, the only ones that would’ve seen you for the day were your family, or at most, the supermarket cashier and hawker store owner near your home.

Heck, wearing masks also means that you don’t have to cover up your skin’s flaws with foundation and concealer, giving it the long overdue time it needed to breathe and heal. Ladies could’ve also welcomed the newfound time for other daily errands, instead of spending time baking their faces only to wipe it all off at the end of a day out.

For the guys, it also gave us an opportunity to celebrate No-Shave November months earlier – although my personal attempt failed miserably after a couple of weeks. 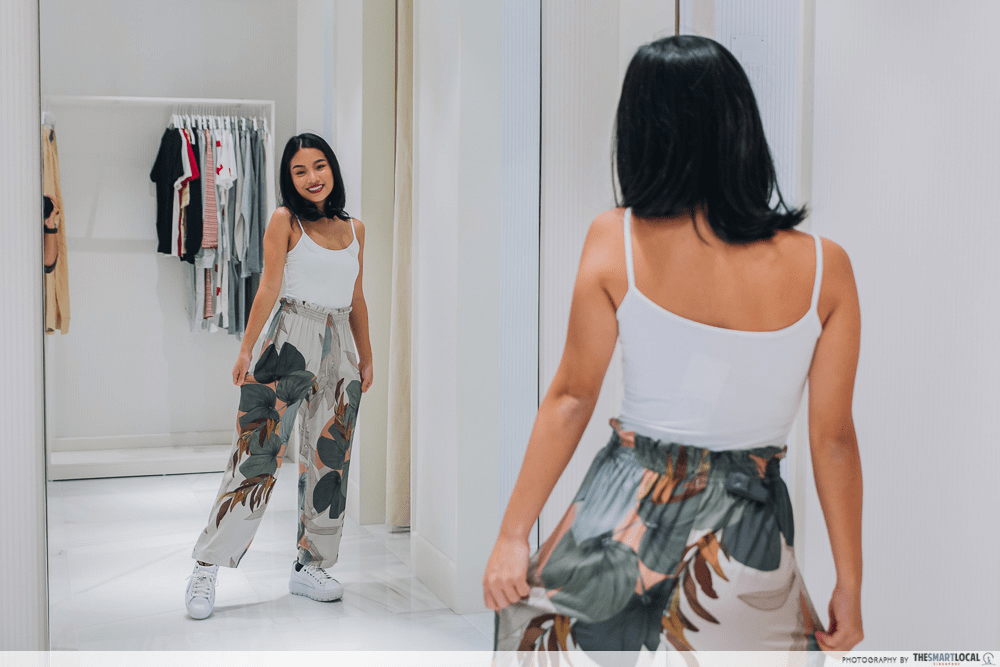 No “what to wear?” dilemmas during Circuit Breaker.

Oh, and the daily OOTD? T-shirt, shorts, or whatever you wore to sleep the night before so you can caption #iwokeuplikethis and actually mean it. While I’m sure a part of us does miss dressing to impress, I’ll be relishing the camp tee and FBT combo until we’re officially allowed to socialise and dine out. 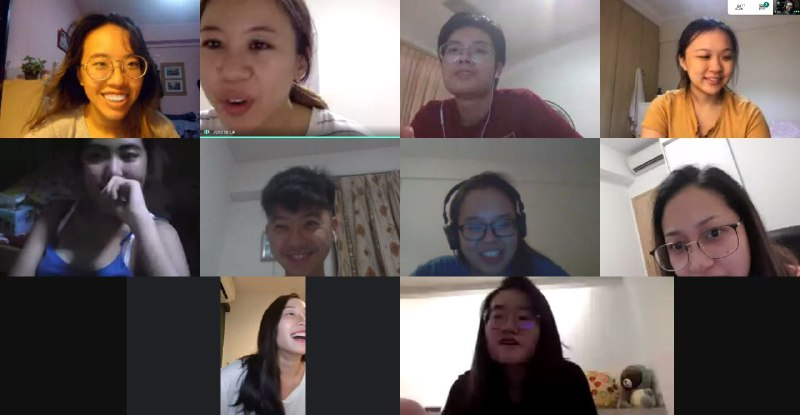 The last time I video-called friends on the regular was back in my polytechnic days a decade ago. But since we can’t head to the cinemas, catch up over drinks at bars or play mahjong together, the default method of hanging out has been on platforms like Zoom and FaceTime. Instead of mere text messages that would be sometimes left on read before, surprise calls to check in on our BFFs are now essential for our sanity. 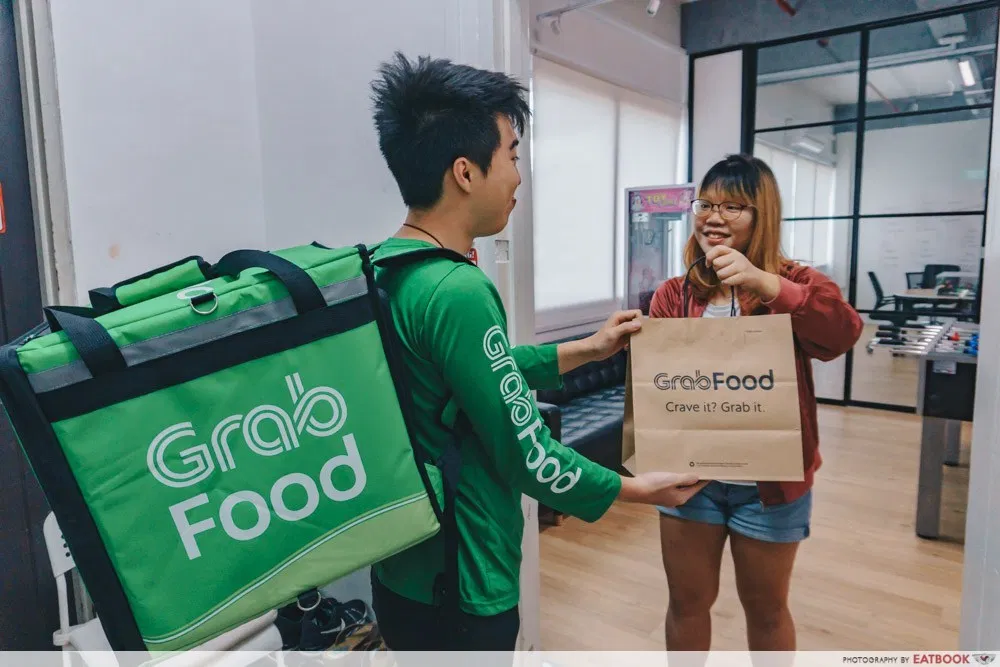 Notes and gifts of love in the form of food were our main love language
Image credit: Eatbook

And chances are, you’ve probably seen a barrage of IG stories featuring surprises from friends – whether they’re dropping off home-baked pastries or sending over food deliveries to loved ones. It’s a gesture that barely existed in a pre-CB world, but being separated from our friends and partners have really upped the friendship and romance game for many of us. After all, sharing is indeed, caring.

6. Not having to stress about parking or ERP charges 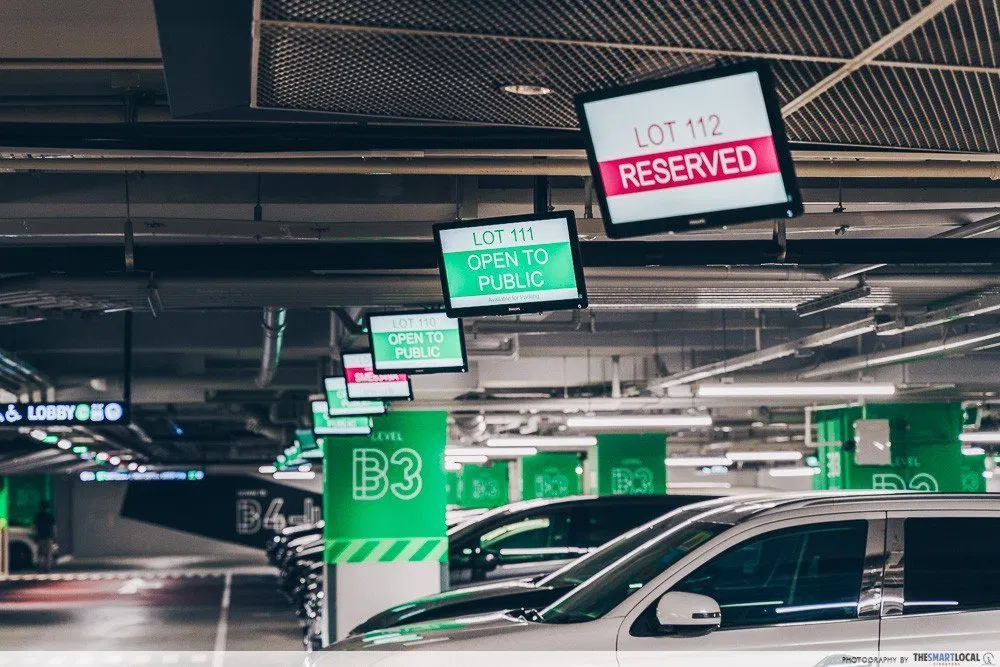 I don’t own a car, but I’m sure many who do were relieved about driving in Singapore during the 2-month Circuit Breaker. Not only were roads much-less congested from everyone staying home, parking lots were also mostly empty – a far cry from the usual game of musical chairs drivers would be stuck in. A trip to the mall to get essentials would have been greeted with plenty of green-lighted empty lots.

For those that had to travel further out to town, there were also no ERP charges since they’ve been paused until at least 28th June. Driving in Singapore isn’t always a peaceful experience like car ads make them out to be, but at least for a while, it was a tad bit closer to that.

7. Saving money from transport, dining out and vacations 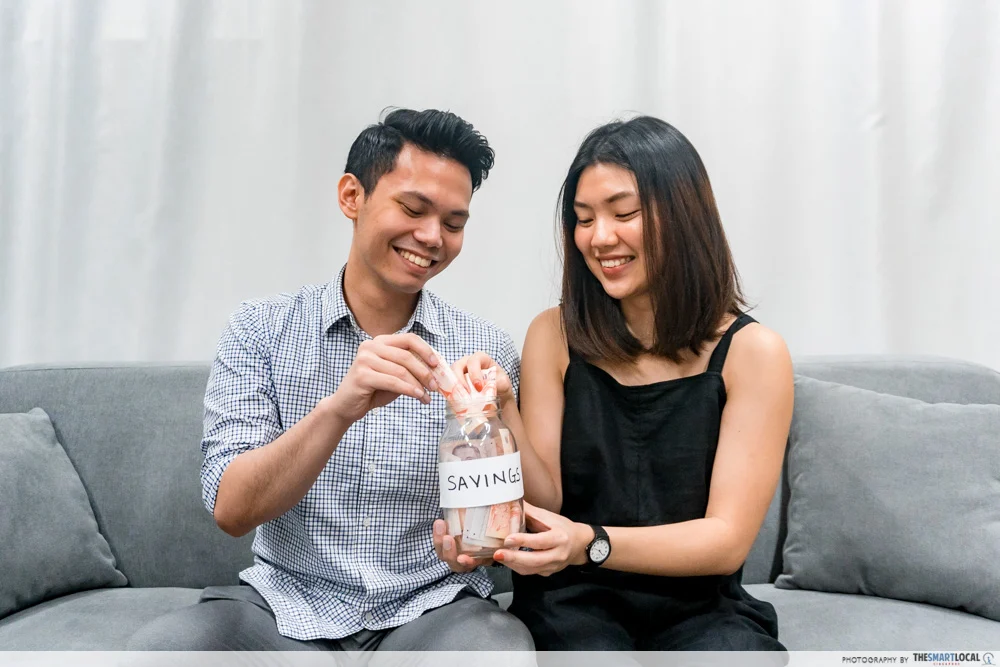 Job security isn’t guaranteed for many industries in this trying time, but one positive that many of us can take away from staying home for 2 months is the amount saved from taking public transport and dining out. Without social obligations or travelling to and from work or school, our expenses would have decreased substantially – if you didn’t give in to food delivery promo codes or online sales, that is. 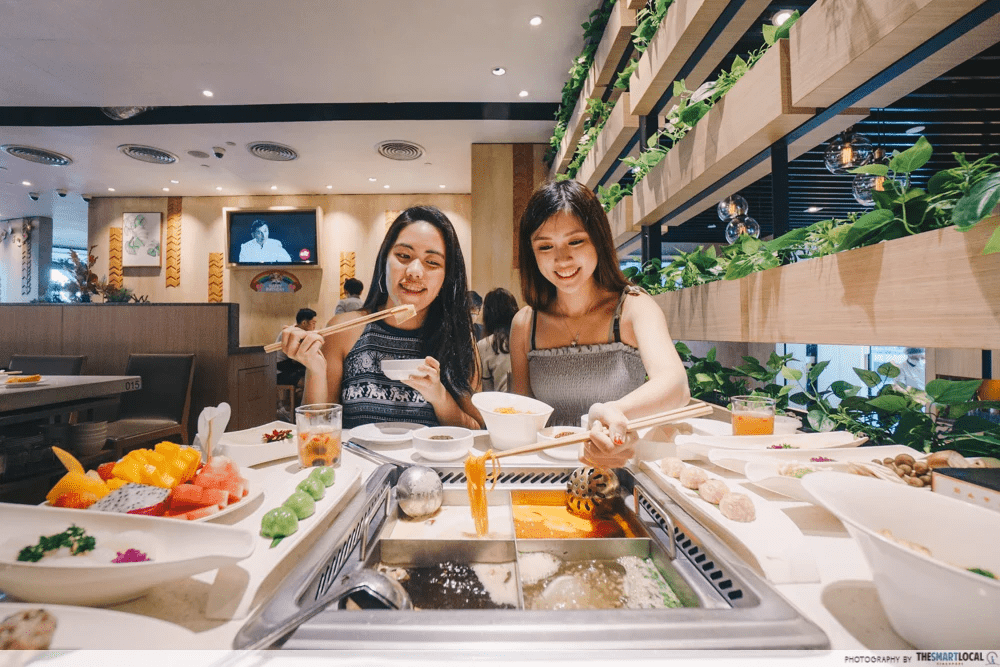 Of course, staying home also means more frequent grocery shopping and a racked-up utility bill. But not being out and about also means less chances of splurging on that cup of BBT during your office lunch, a makeup haul, or your weekly movie and dinner date. Out of sight = out of mind.

Your wanderlust might be in overdrive too, especially if you had to cancel that long-awaited trip recently. But why not take that money saved and the current travel ban as a hiatus to focus on more important things during this unpredictable period. Time flies, and when it’s safe again, you’ll be back at Chatuchak Market or road tripping around New Zealand before you know it. 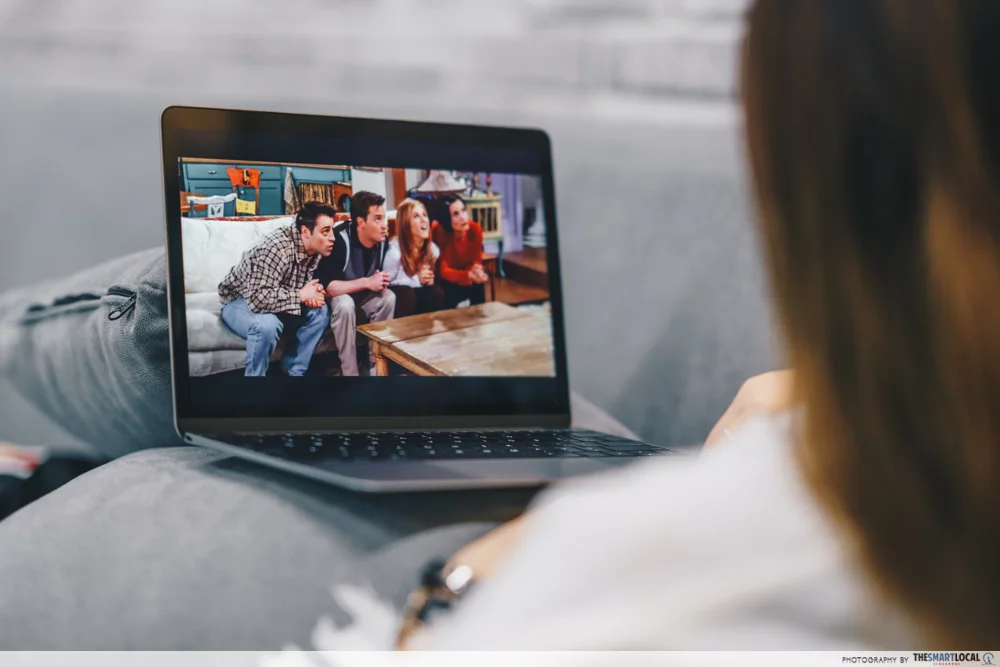 Whether you’re an introvert who already loved staying home or a social butterfly whose calendar would be full of events, the Circuit Breaker gave us all an important project to work on: ourselves.

Armed with all this newfound free time at home, it was the perfect opportunity to start on things we always wanted to but never had the time – from bingeing a series on Netflix to starting a home exercise regime or putting our baking skills to the test in the kitchen.

Setting achievable personal goals like doing 100 push ups a day or finishing a series each week also helped ease the anxieties of feeling cooped up at home. 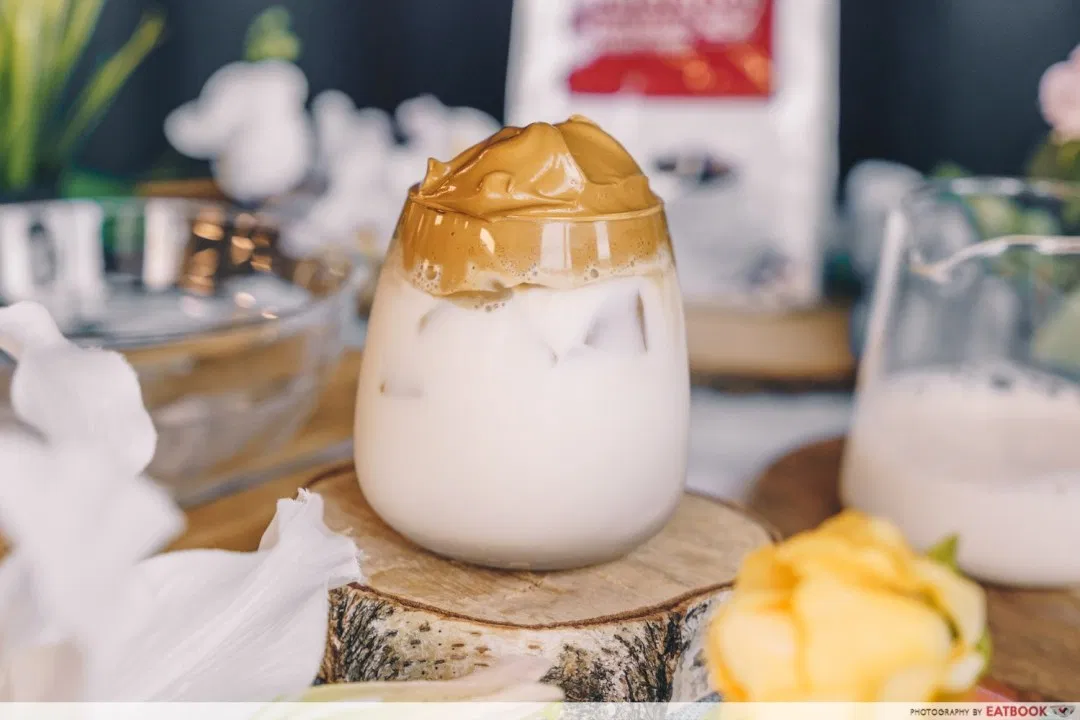 If you didn’t attempt a Dalgona coffee at least once, did you even experience the Circuit Breaker?
Image credit: Eatbook

Once life takes further steps towards normalcy again, we’ll be back to running like clockwork. Rushing to work or school, meeting our SOs, weekend brunch appointments with friends; rinse and repeat. And when that time comes, having all the time on our hands to do whatever we want will be nothing but a distant memory. 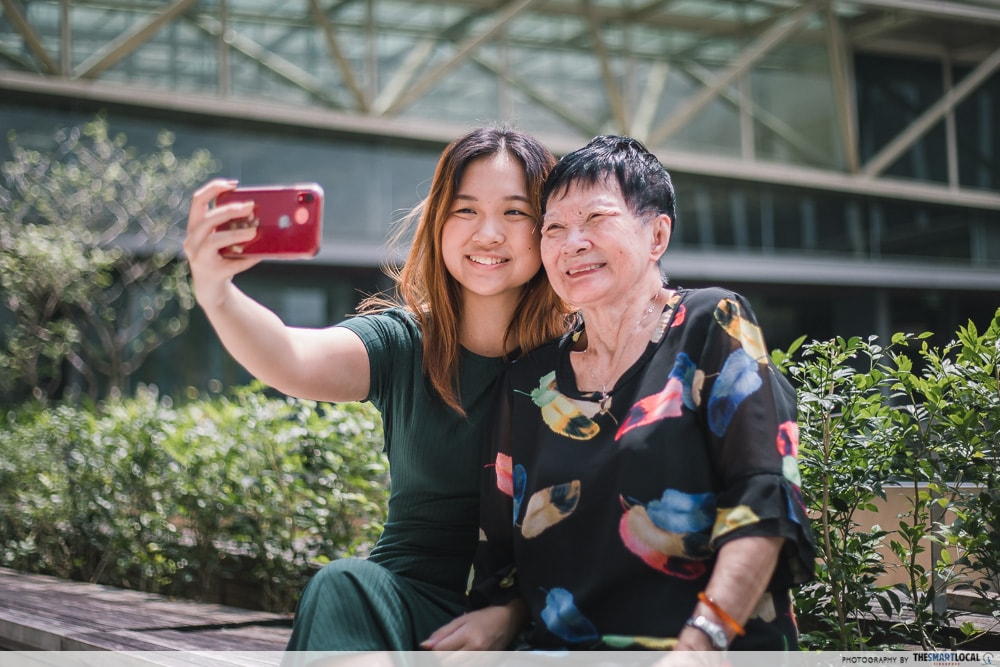 This unprecedented Circuit Breaker situation hasn’t been all that easy to navigate, but congratulations, we’ve made it through this together. As Phase 1 kicks in this week and Phase 2 likely on the horizon, things are looking up and with fingers crossed, our way of life will return to as normal as it can get sooner than later.

If anything, hitting the “pause” button for 2 months has ultimately made us appreciate the little things that we would’ve been too busy to notice or given attention to before. Otters have been spotting frolicking in public, air quality has been proven to be cleaner lately, and even double rainbows have been sprouting around our island. 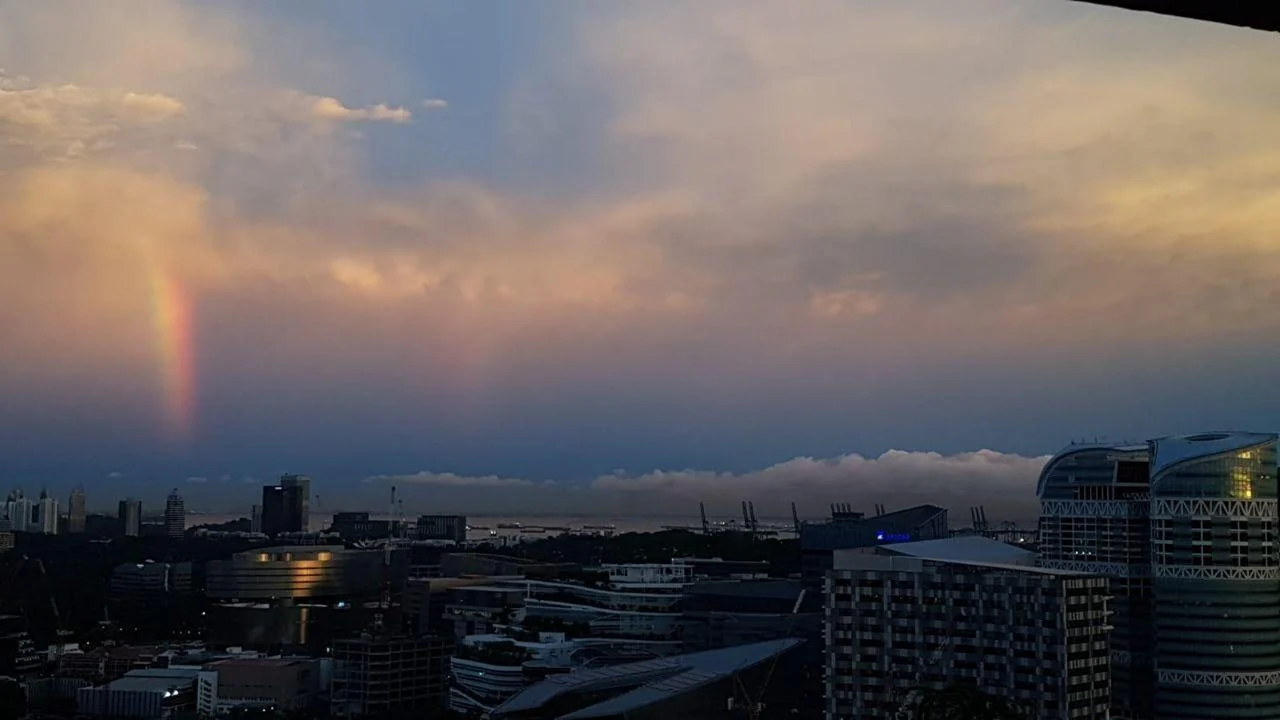 Double rainbows were spotted on the final day of CB on 1st June
Image credit: Mustsharenews

2020 hasn’t been the start to a decade we expected, but one day we’ll look back on the Circuit Breaker with hopefully more fond memories rather than forlorn ones – filled with burnt cheesecakes and Zoom calls.

Check out these other related articles: 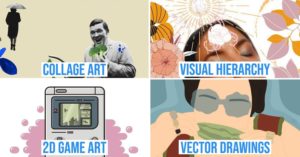 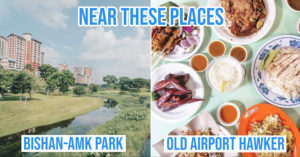