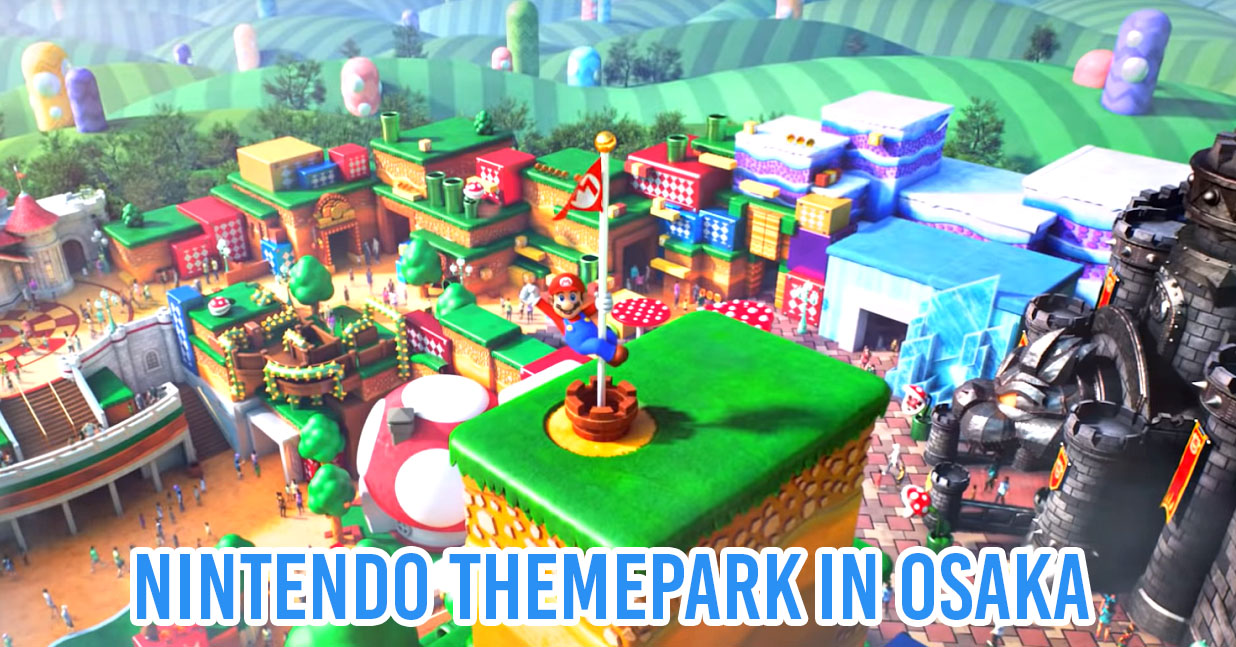 When it comes to satisfying our inner adrenaline junkie, the first thing that most Singaporeans will think of is a quick trip to Universal Studios Singapore or Sentosa’s Adventure Cove. But let’s be honest – even the most thrilling rides like the Battlestar Galactica coasters will get old after one too many times.

With real-life Mario Kart and a 3D ATV ride based on The Hunger Games, here are 8 new theme parks and waterparks in Asia that are worth venturing out of our little red dot for in 2020:

Check out our previous article on new theme parks in Asia here. 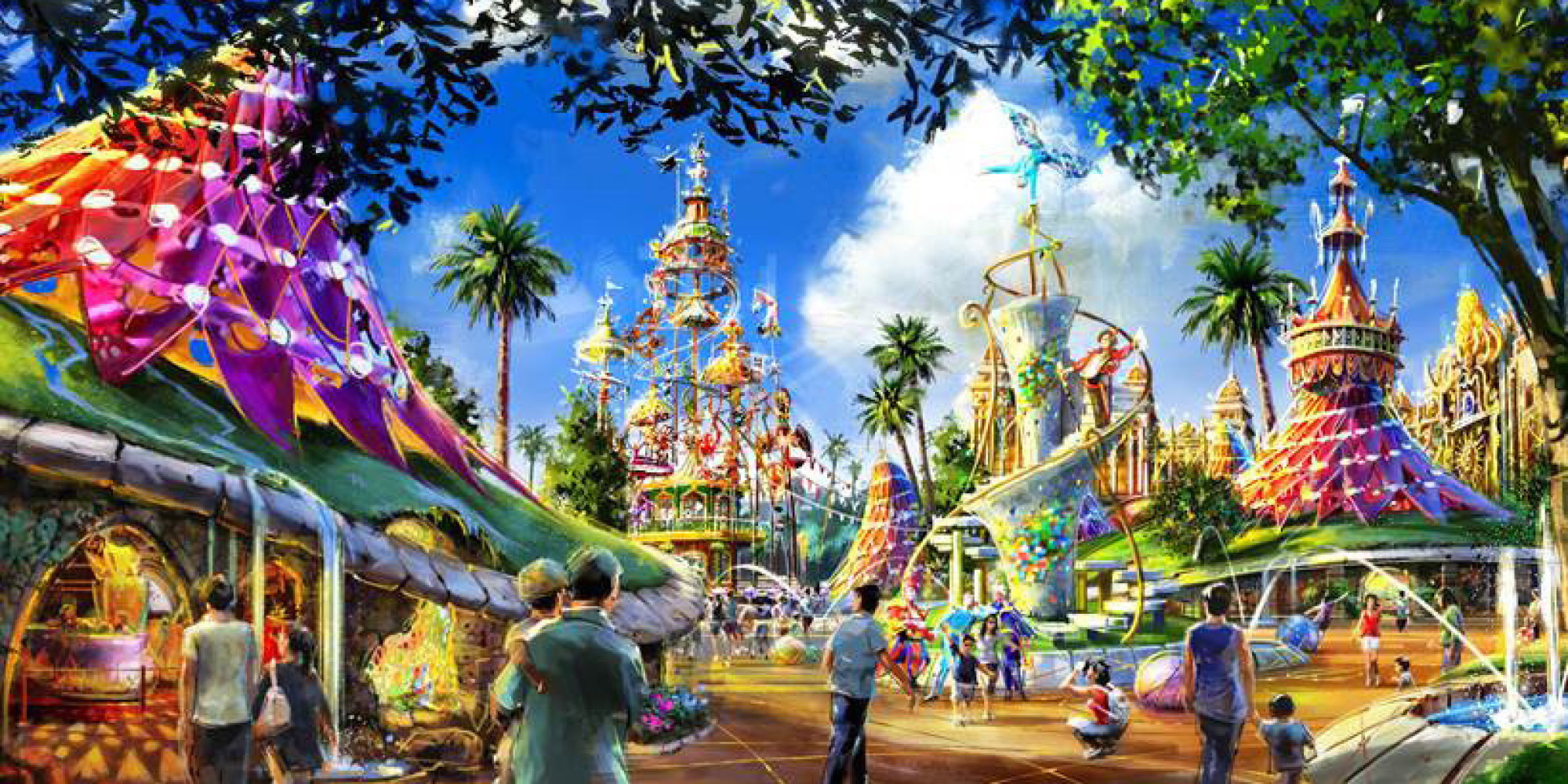 Spice up your weekend Kuala Lumpur trips with the indoor Ubisoft Theme Park, a gamer’s haven filled with VR games and rides. All attractions are based on popular Ubisoft characters and franchises like Assassin’s Creed and Far Cry. 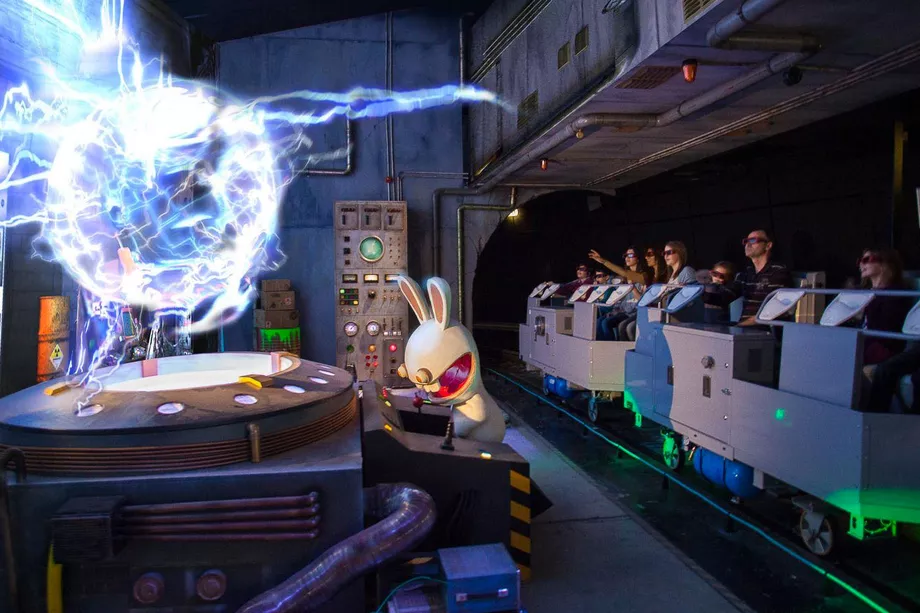 Find your kindred spirits through games like Rabbids Team Battle, where 2 teams will compete for victory by earning the most points through shooting the evil robots seen in popular game Raving Rabbids. As part of the game, you’ll get to experience soaring sky-high through the city in 3D and fire at helicopters with your team of up to 40 people. 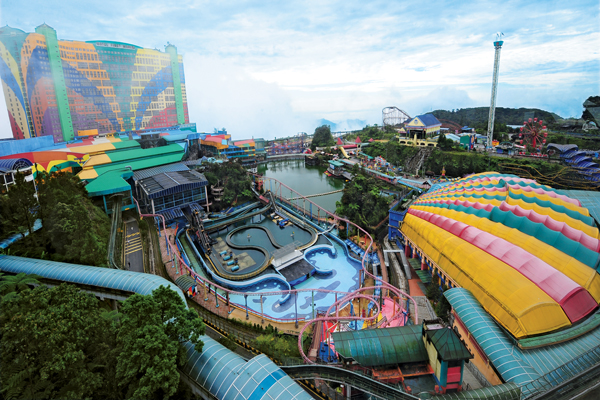 If there’s something that Genting Outdoor Theme Park has that Singapore’s USS lacks, it’s certainly the shiok cooling winds of the high altitude. Enjoy a fun day out without sweating buckets, as you climb aboard 25 thrilling rides. 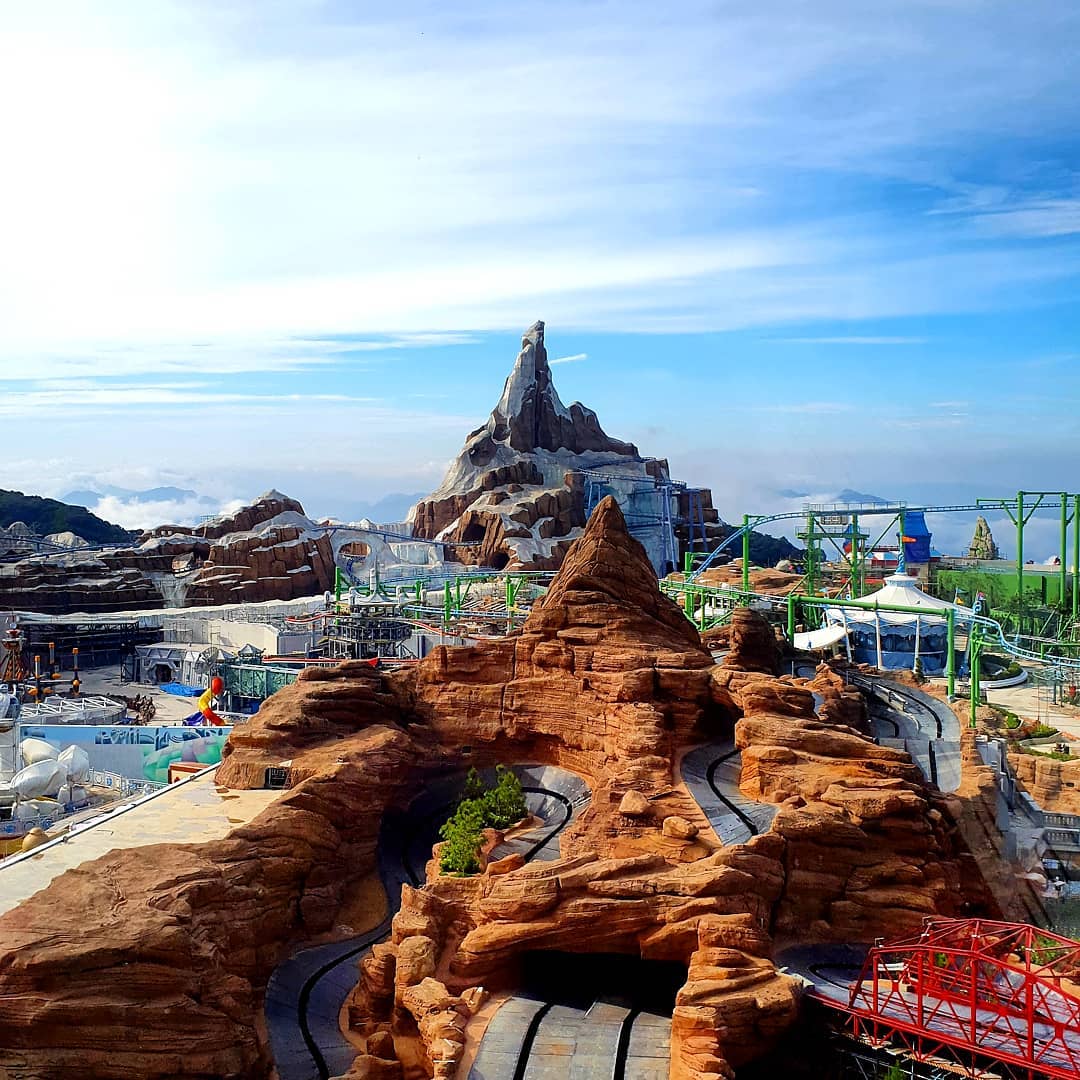 Previously known as 20th Century Fox World, this theme park will be rebranded to have a mix of attractions to include non-Fox related rides too. 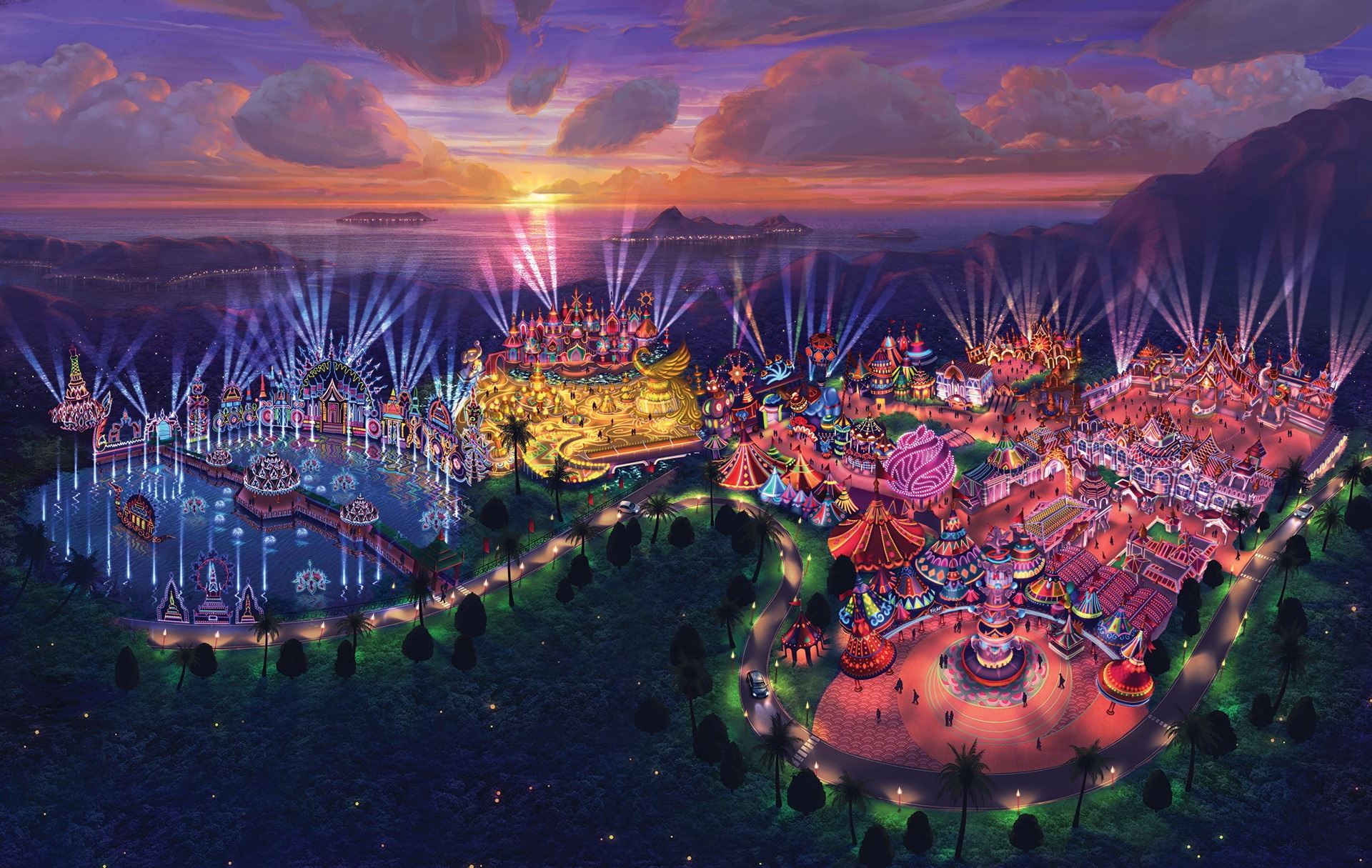 Taking inspiration from Thailand’s traditional parades and carnivals is Carnival Magic in Phuket, a nighttime theme park lit up in vibrant colours.

Drop by different zones like Carnival Fun Fair for a street fair with fun games and small bites, or check out the River Palace Theater for extravagant parade shows with floats and special effects. 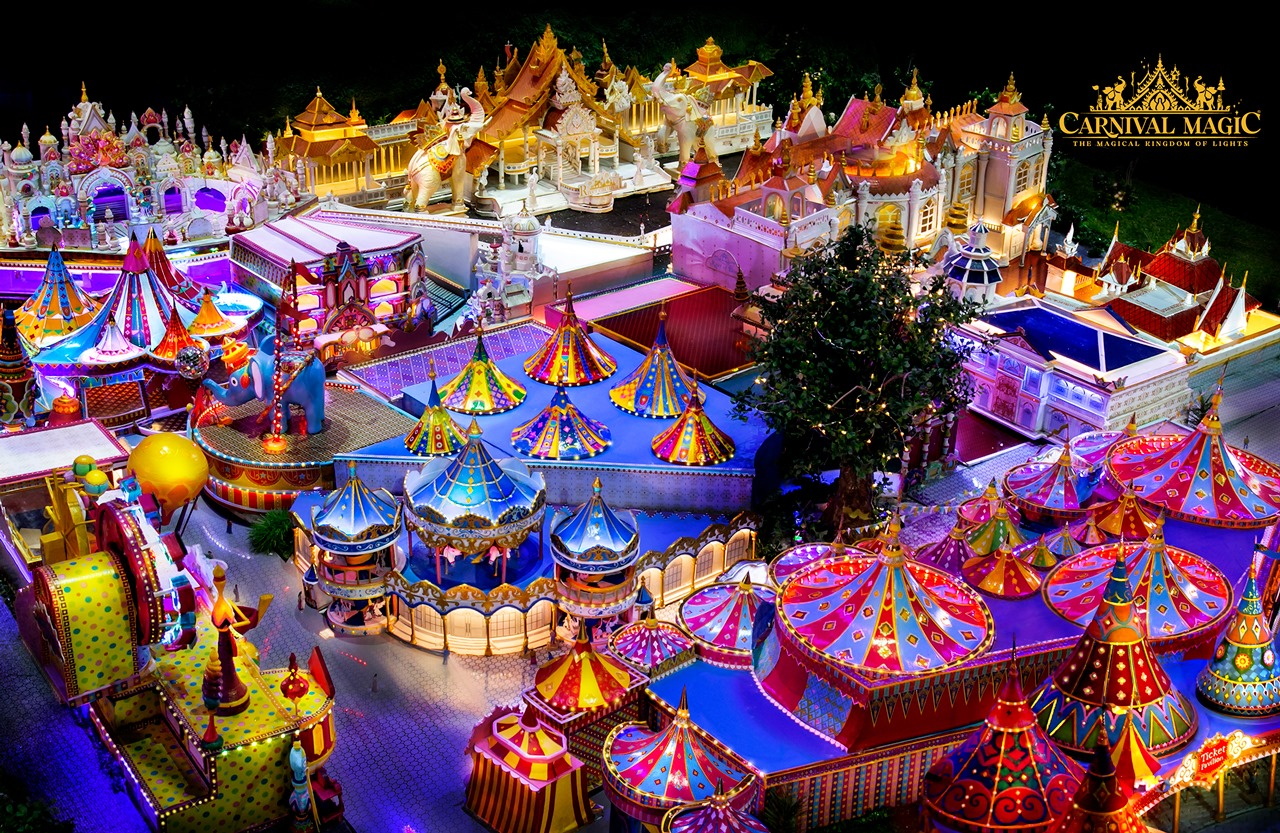 Plus, their Bird of Paradise Restaurant offers a buffet spread fit for royalty with over 100 international dishes. For snackers, check out their record-breaking 8M-tall popcorn machine! 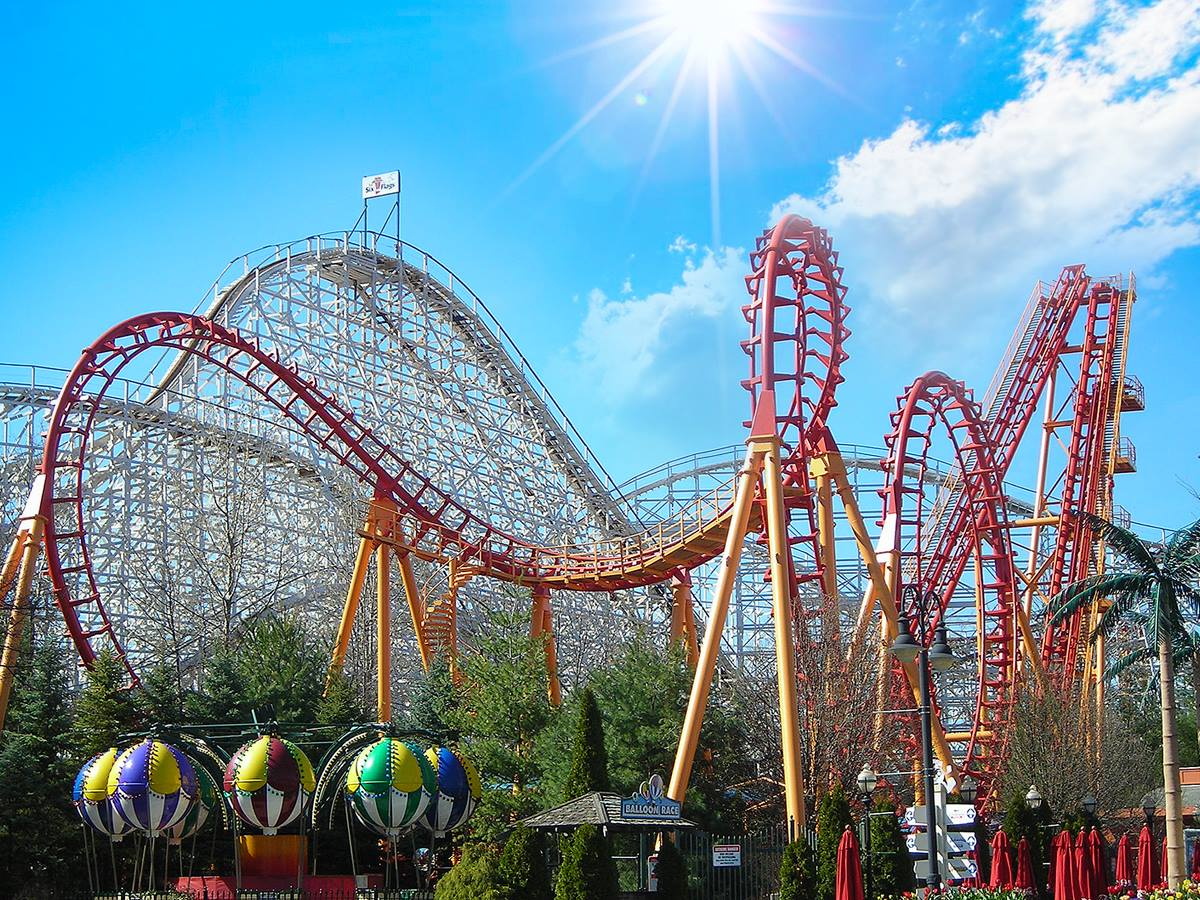 Known as the place to go for the most exhilarating rides, Six Flags theme parks have popped up all across USA. But there’s no need for thrillseekers to travel all the way to the States, as the new Six Flags Zhejiang located near Shanghai will be opening soon. 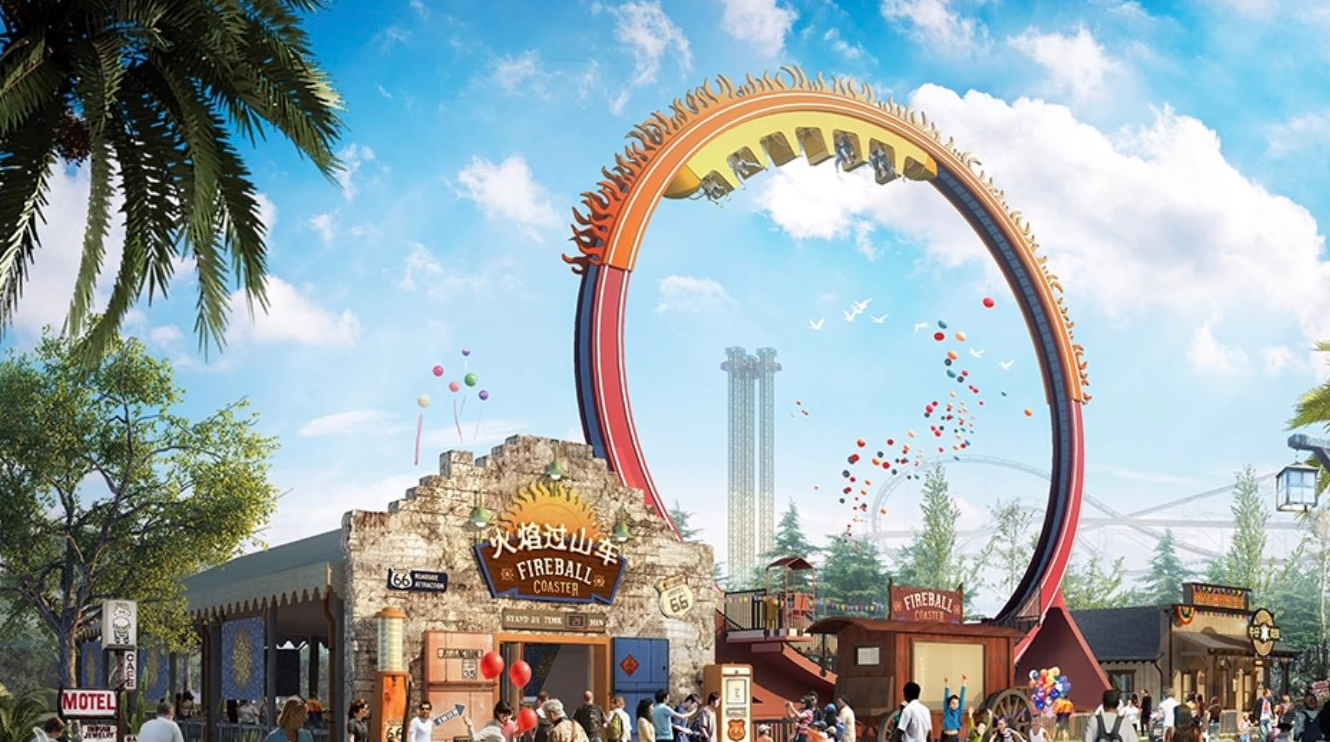 They will be taking it up a notch with record-breaking rides like the Fireball Coaster that does 360-degree loops. There will also be interactive meet-and-greet sessions with Garfield and Friends for the little ones to snap some pics. 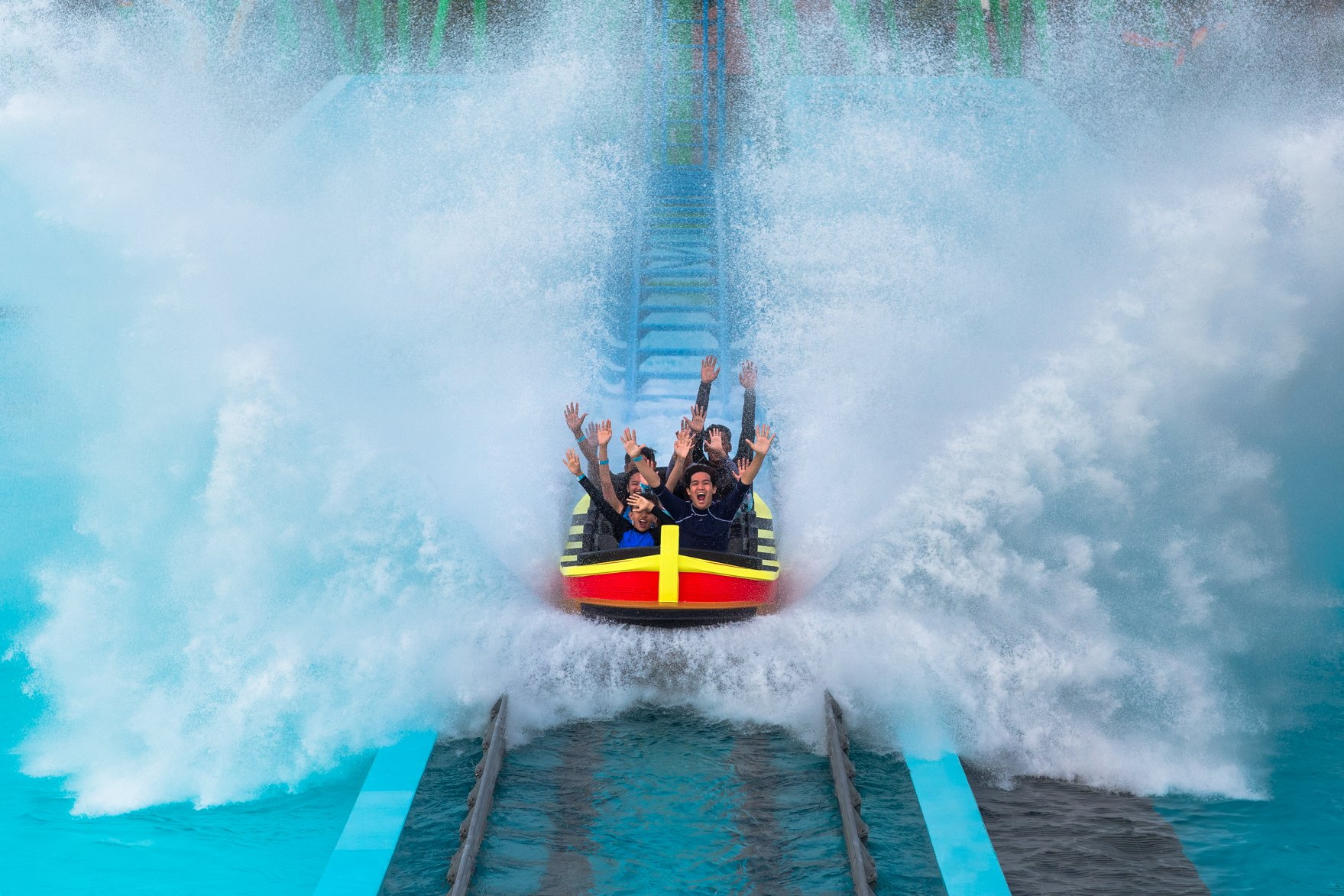 A mere 2-hour drive from Singapore, Adventure Waterpark Desaru Coast has over 20 fun-filled attractions waiting for you. With 360-degree loops and a whopping 27-metre drop, the water coaster Kraken’s Revenge is certainly not for the fainthearted. 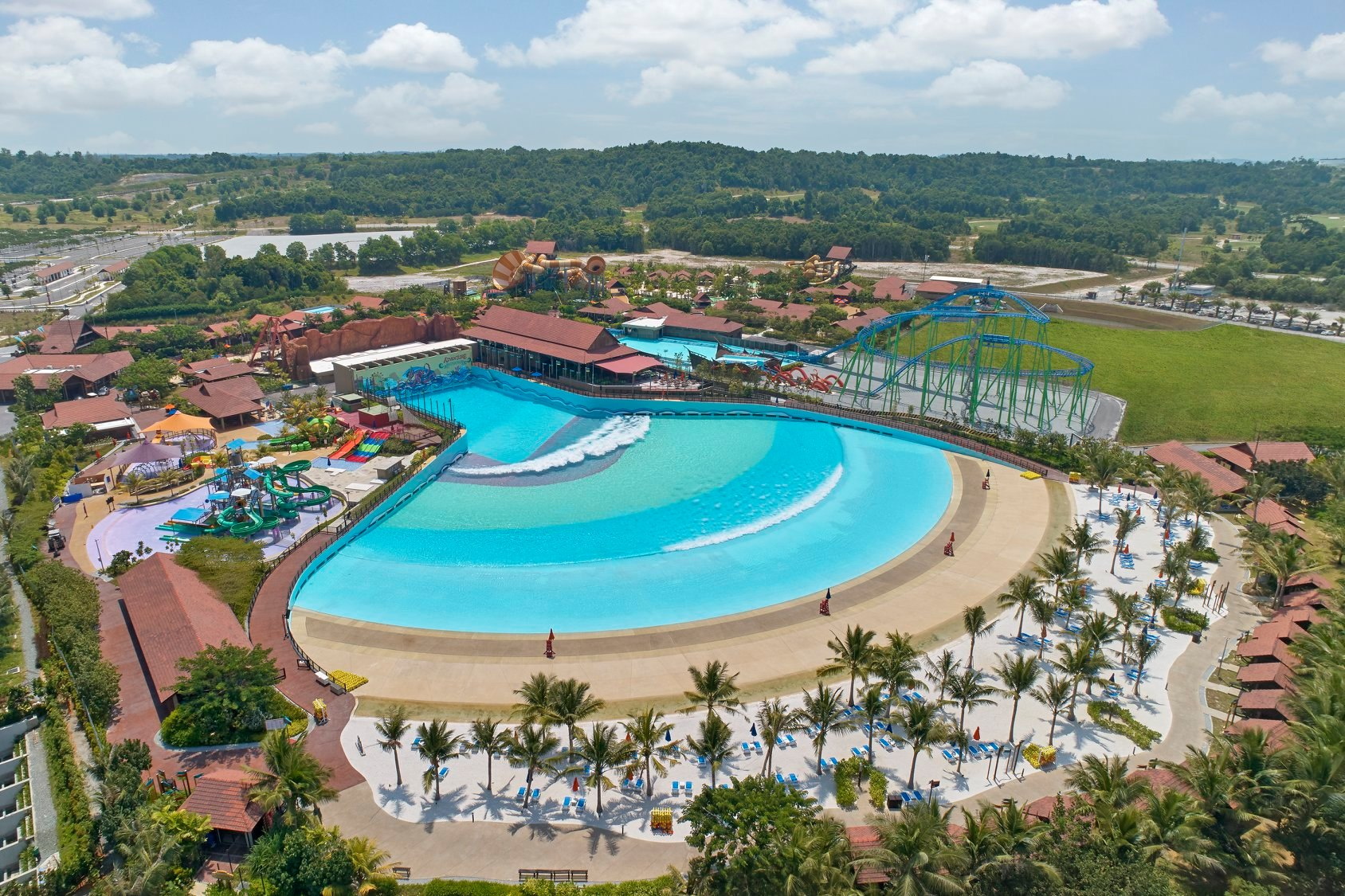 Grab onto your friends as you try to stay afloat with crashing waves from Tidal Wave Beach, one of the biggest wave pools in the world. 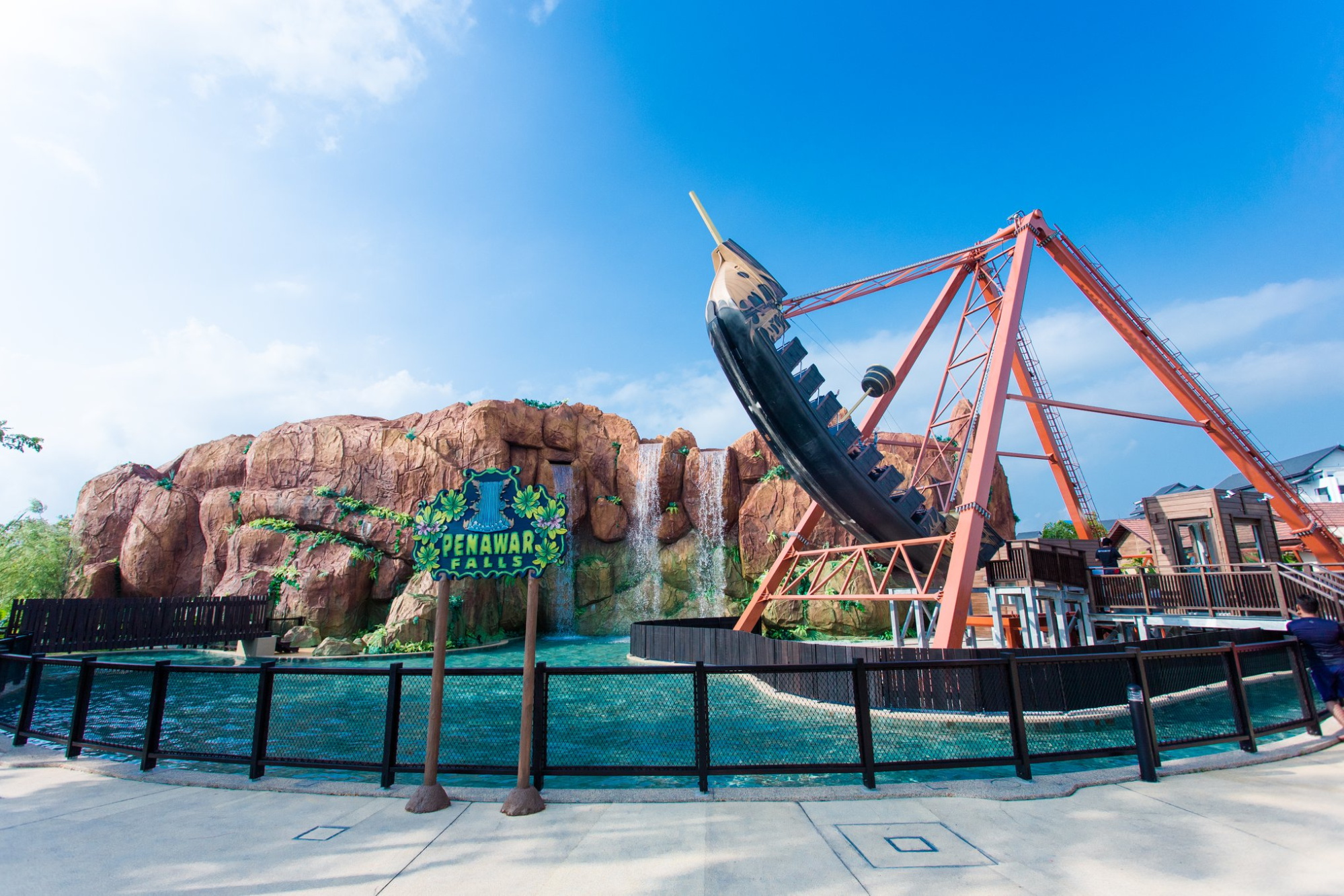 Swing by Swinging Ship before the day ends for a classic pirate ship ride that goes up to 180 degrees both ways. There’ll also be 3 mega 13-metre high waterfalls right beside you to add to your experience!

Based on Hollywood films like Twilight and The Hunger Games 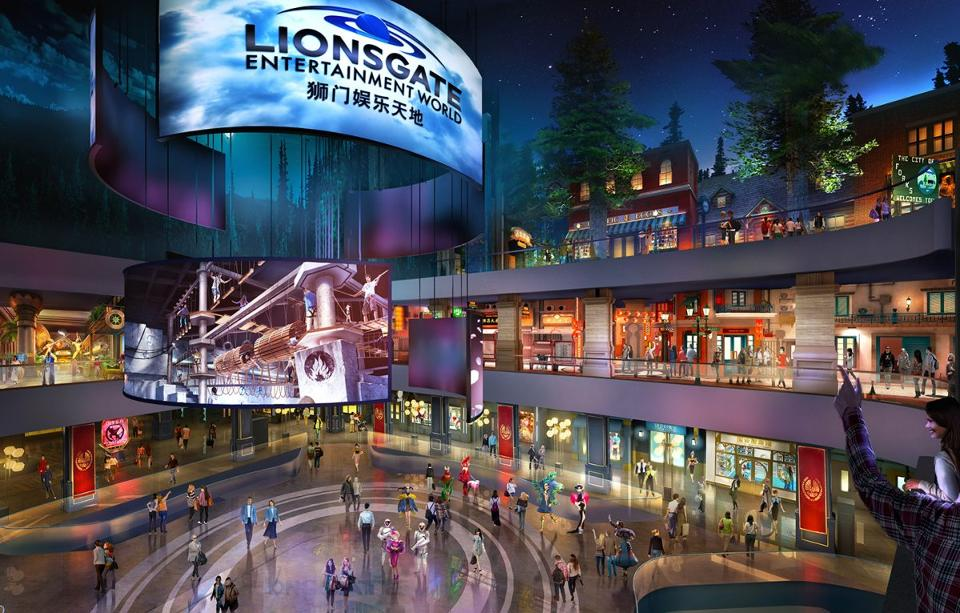 Presenting 25 attractions based on Hollywood hits like Divergent, Twilight, and Now You See Me, Lionsgate Entertainment World is a dream come true for all movie fanatics. In this multi-storey indoor theme park in China, you’ll get to experience what it’s like to be your fave hero for a day through rides like a VR roller coaster based on Gods of Egypt. 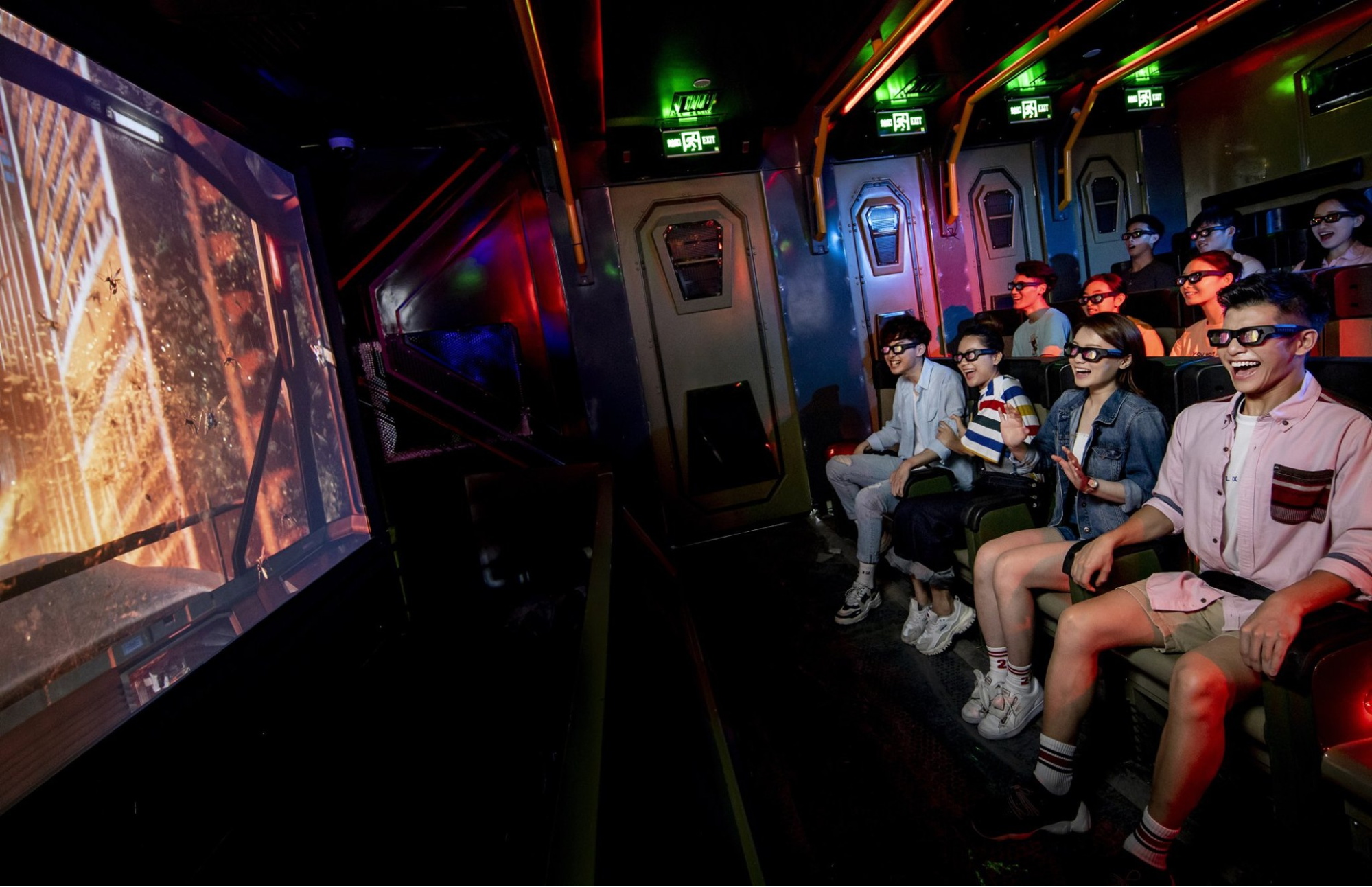 Hardcore fans of The Hunger Games that were affected by the tug-of-war between Gale and Peeta as much as Katniss can hop aboard Mockingjay Flight – Rebel Escape for a 3D ATV ride, where you’ll get the thrill of escaping the city’s peacekeepers while avoiding electricity-filled nets, wasps and other scary elements seen in the movies. 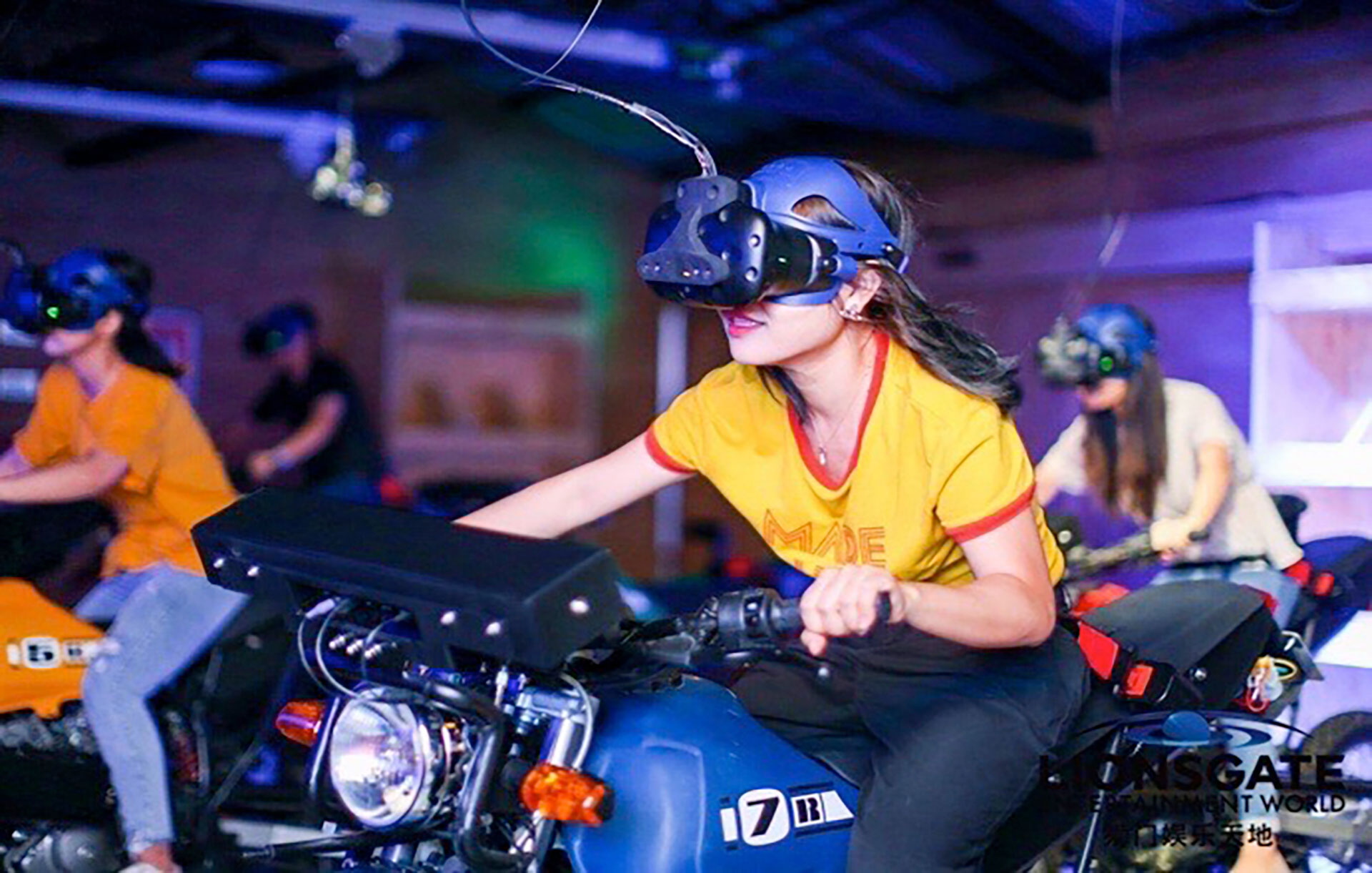 Try out The Twilight Saga: Midnight Ride for an intense VR bike race set in the forest at night. You’ll come face to face with various creatures in the woods, including a surprise bloodthirsty one! 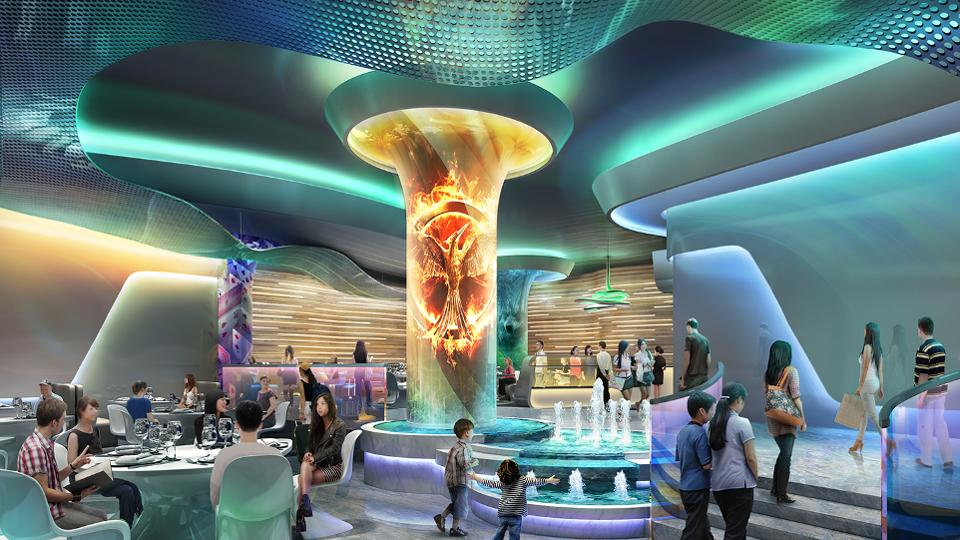 Super Nintendo World will be opening in Singapore in 2025, but skip the wait and be one of the first people to experience the epic Nintendo attractions at Universal Studios Japan in Osaka next year. 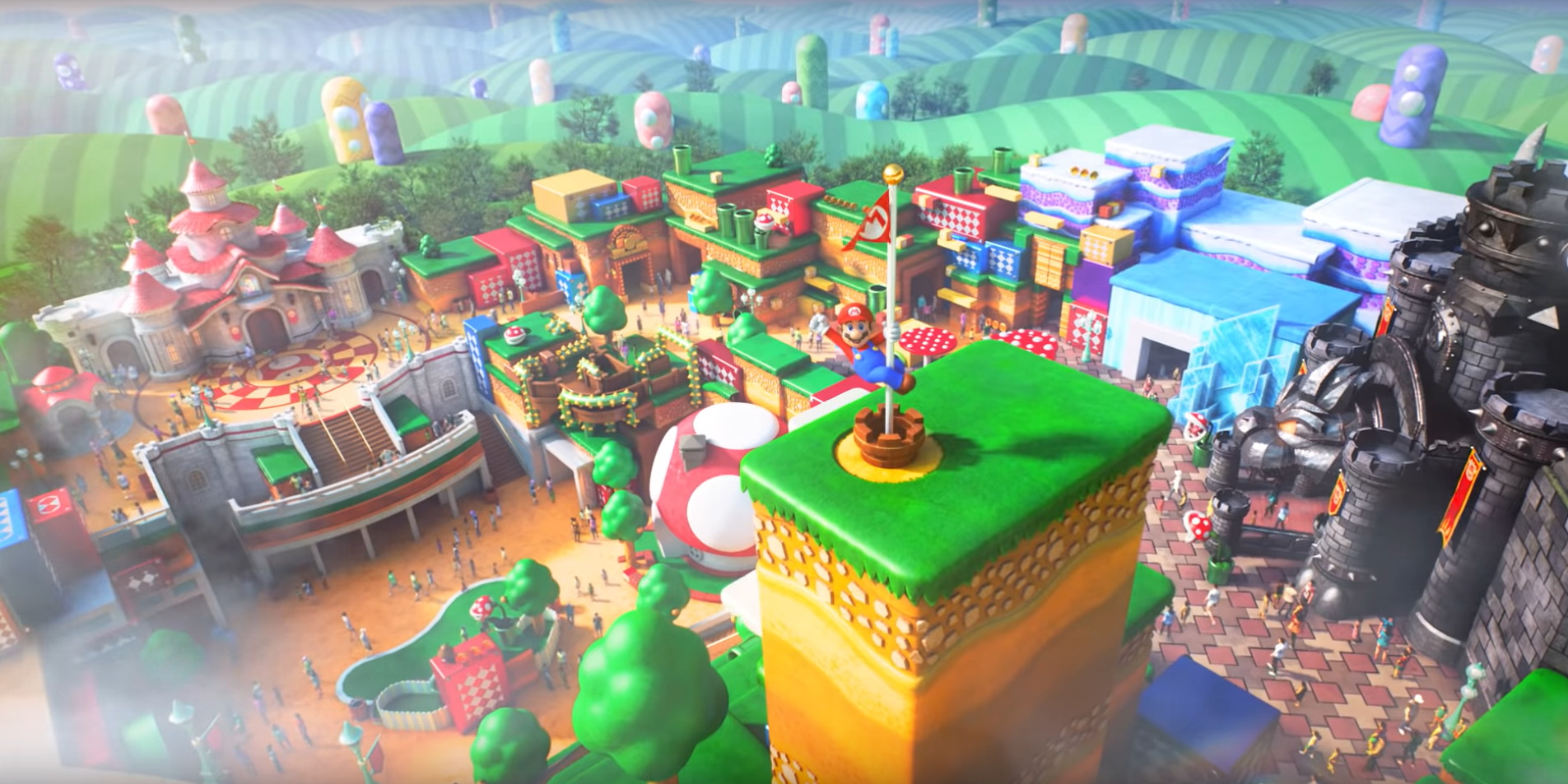 Set to open sometime during March to June 2020, this interactive theme park full of all-things Nintendo-related will have you racking up scores along different rides and games through a magnetic wristband. 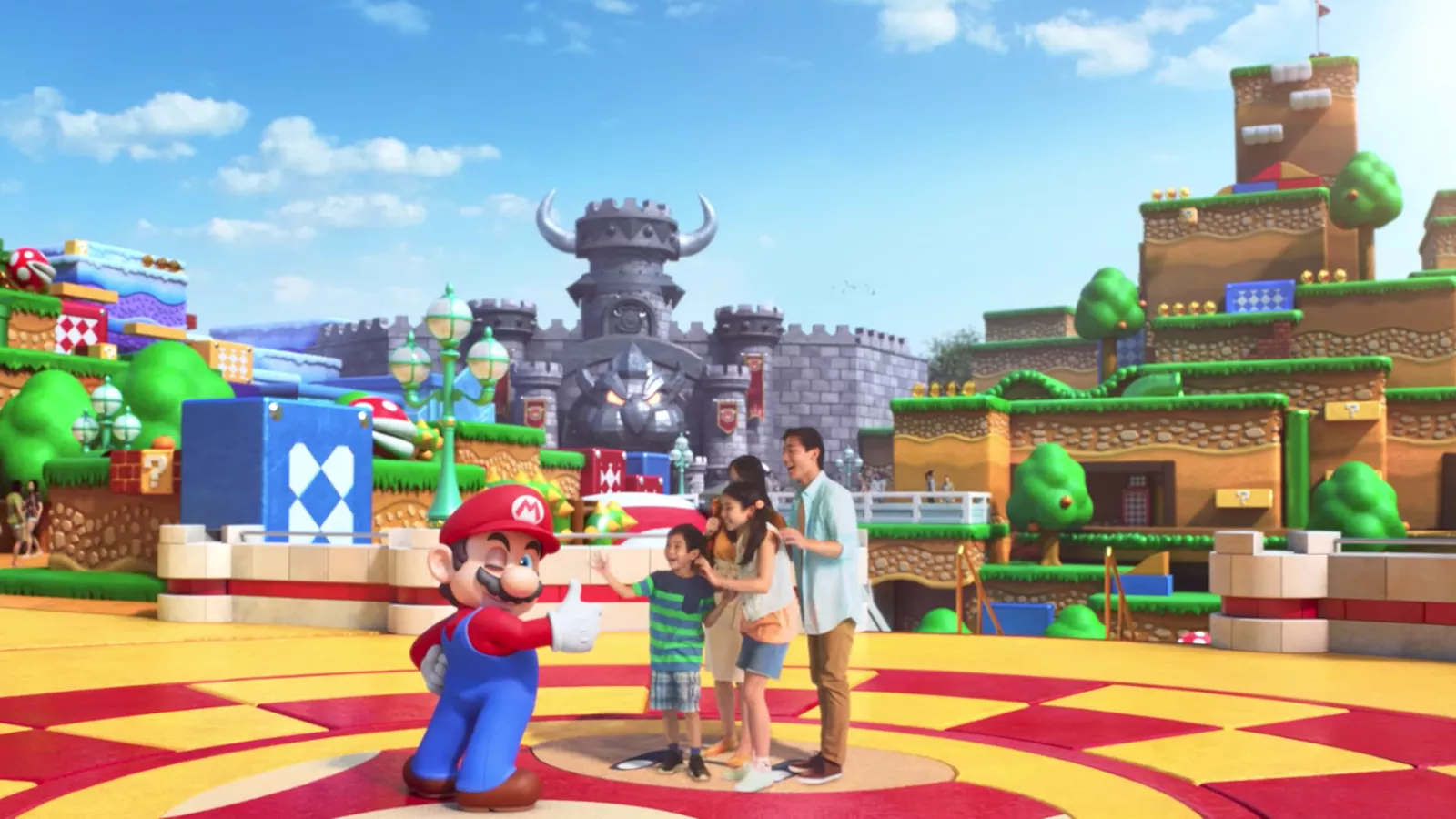 Other than spotting popular characters roaming about Princess Peach’s Castle, Mario Kart fans can take their racing adventures off screen and into real-life here. You can also hop on a 2-seater car as you enjoy Yoshi’s Adventure, a go-kart ride that goes both indoors and outdoors. 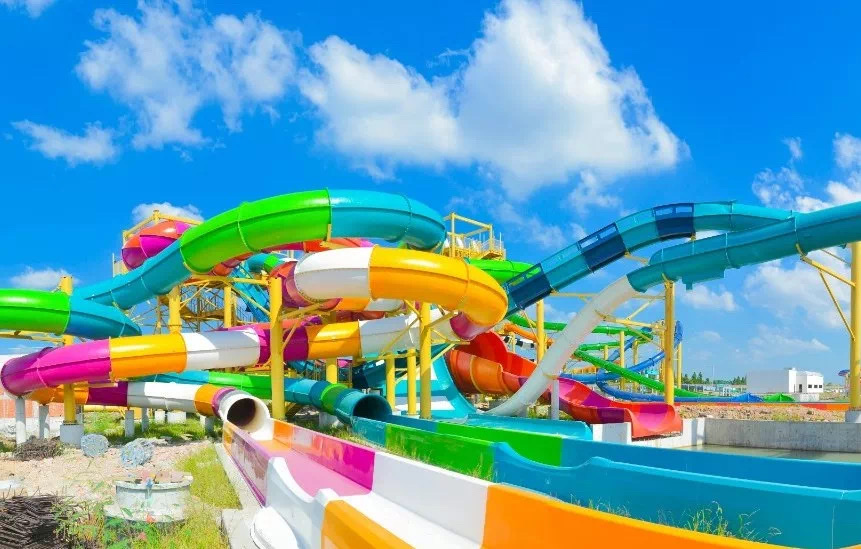 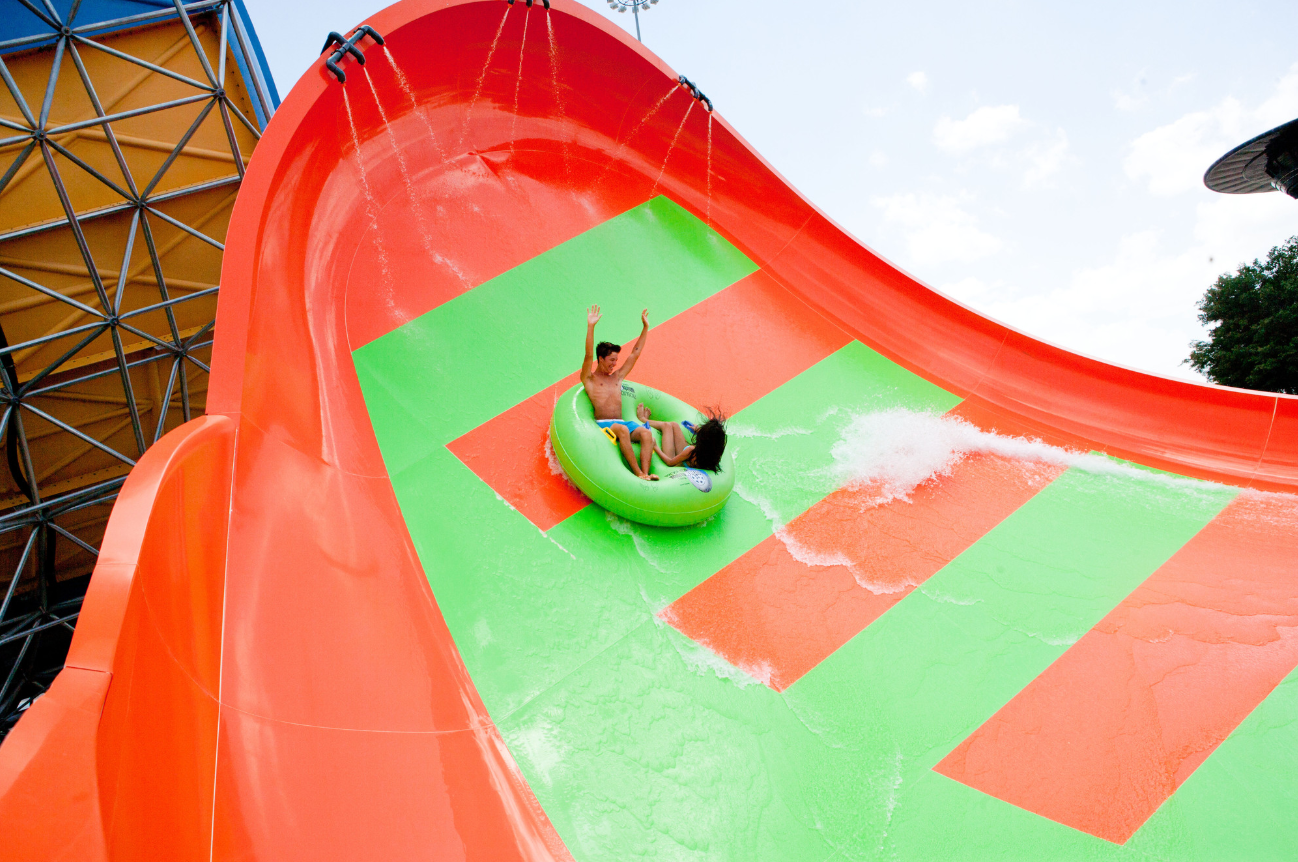 Get propelled in all directions by the strong currents on the neon orange and green ride, where the only thing keeping you from flying out is your float and partner! 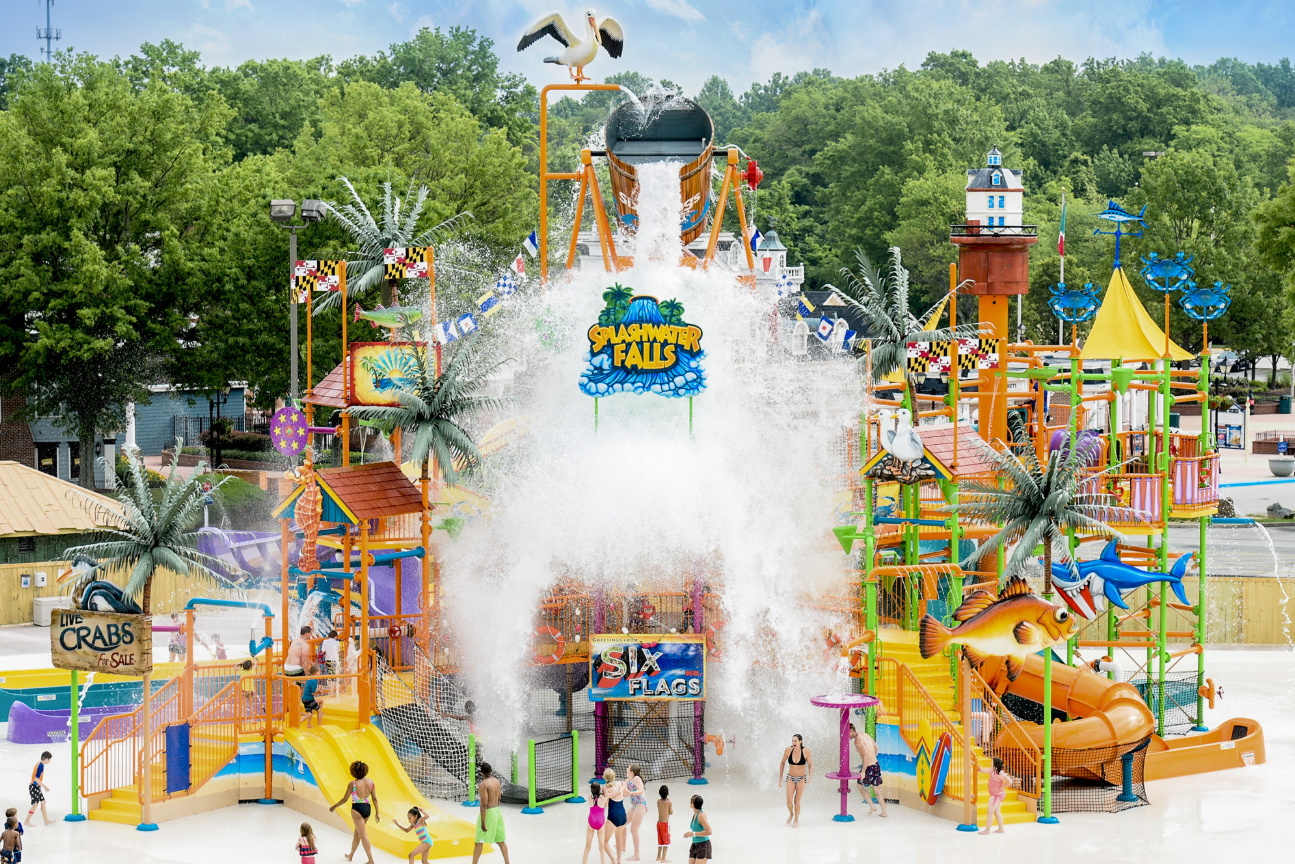 Take the kids over to Splashwater Falls for the ultimate water playground experience. There’ll be swirly slides, climbing areas and surprise splash zones like the downpour from the big bucket hanging above. After a full day of adventurous water rides, cruise down a relaxing stretch on their Lazy River.

With 2020 just around the corner, get a leg up on your holiday plans for next year with this list of exhilarating new theme parks and waterparks that’ll keep you at the edge of your seat. Whether you’re looking for an indoor immersive VR experience or electrifying 360-degree roller coasters, you’ll be feeling the adrenaline rush in no time at these amusement parks in Asia.

Read our other articles on theme parks: 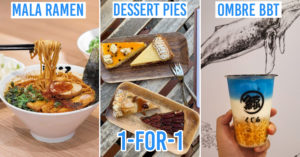 ChopeDeals Year End Sale Has $1 Deals & Up To 72% Off For Hotel Buffets, Wagyu Beef Bowls & Lobster...
7 Practical Tips On Surviving Long Distance Relationships From Singapore Couples Who Made It 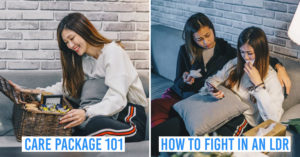