Studio Ghibli movies are like the comfort food of animated films. Known for their hand-drawn art style and wholesome storylines, Ghibli films have claimed a soft spot in the hearts of many millennials and Gen Zs worldwide.

We’ve all dreamt about entering the world of Ghibli, from the enchanted town of Spirited Away to the enigmatic forests of Princess Mononoke. Turns out, our pipe dreams may not be too fantastical after all. We found a few spots in Singapore that look delightfully similar to Studio Ghibli classics. 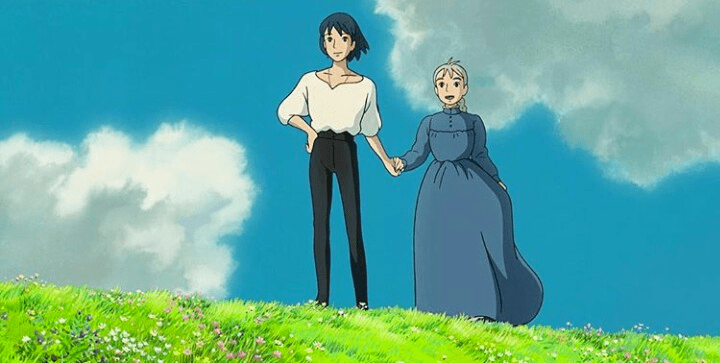 Handsome wizards and flying castles aside, the grassy mounds in Jurong Lake Gardens are a close second to the utopic hills in Howl’s Moving Castle. 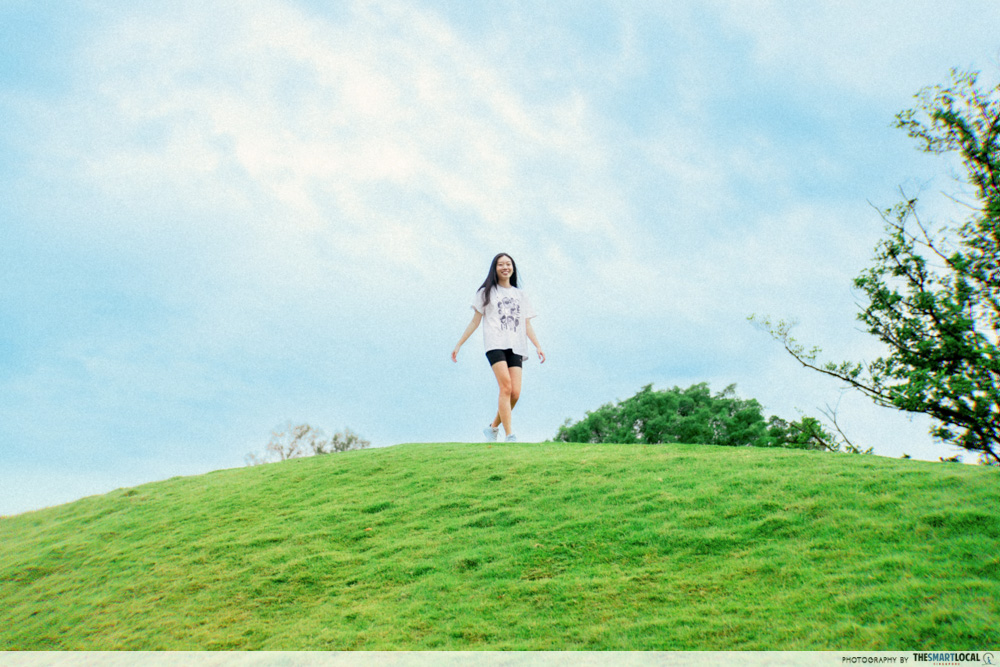 Located in the Grasslands, these micro hills are perfect for picnics and photography. There are also plenty of interesting nature-themed installations nearby to add to the appeal of this heartland play space. 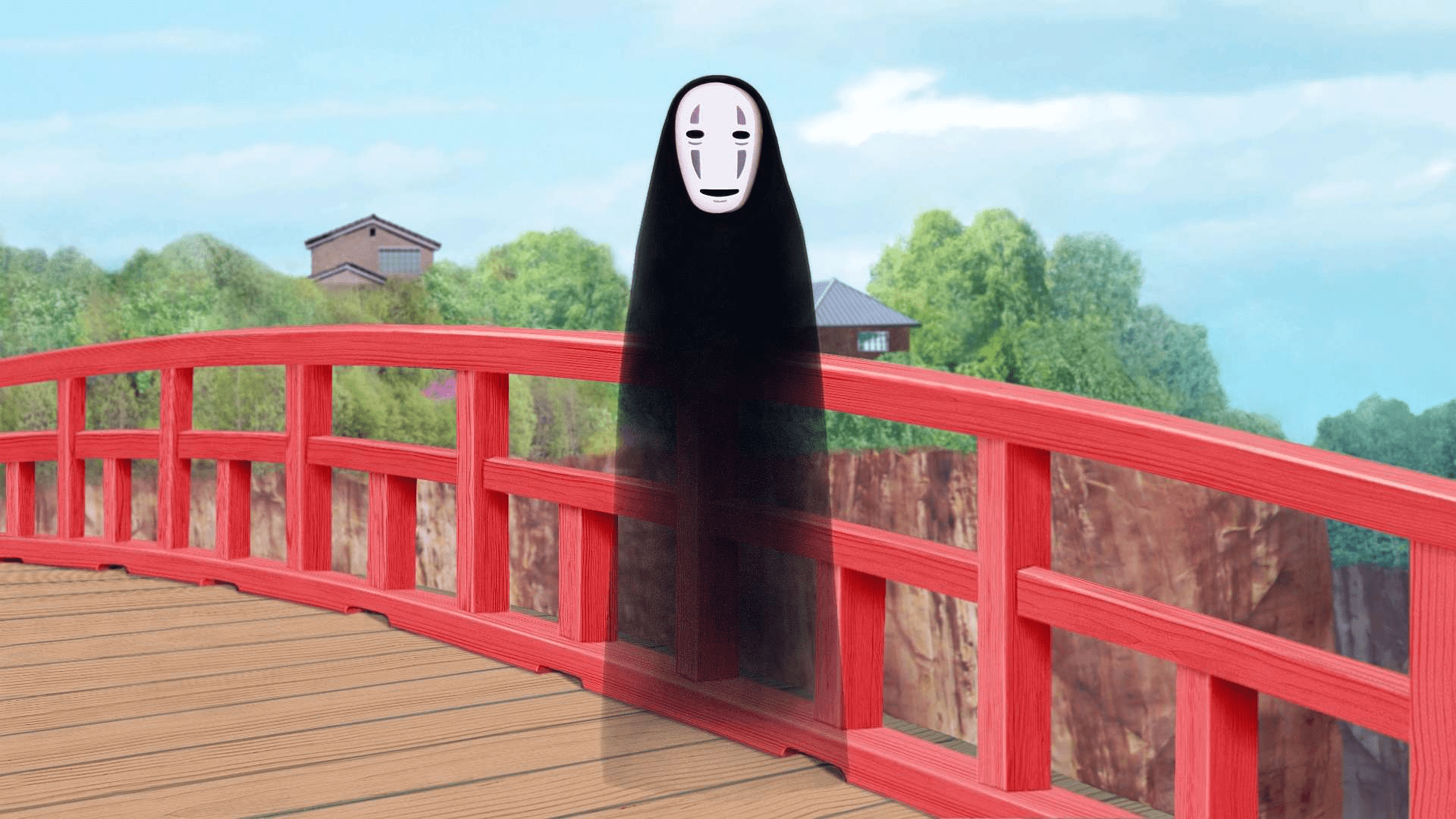 While the Lorong Halus Red Bridge isn’t a traditional curved one like in Spirited Away, people say there have been quite a few ghost sightings here. 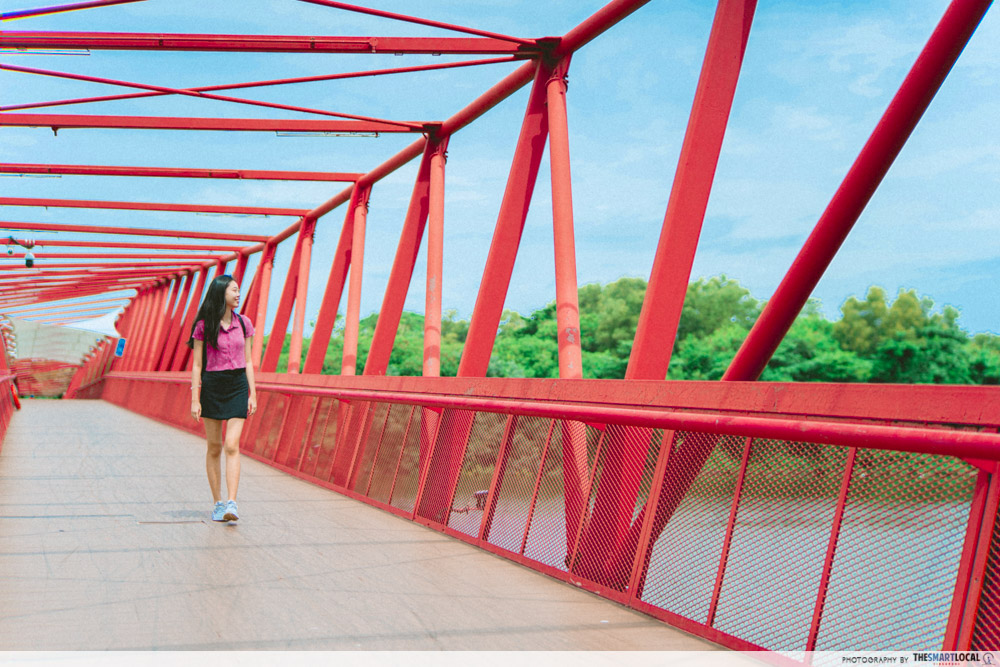 Superstitious folk claim that these spirits arise from significant water bodies, just like the Punggol Serangoon Reservoir below.

The altitude also grants a view of the natural sunset and local wildlife, such as the Chestnut Munia bird and the Smooth-coated otter. Just be sure to make a beeline for Kadaloor LRT, a short 5-minute cycle away, if you catch a glimpse of No-Face. 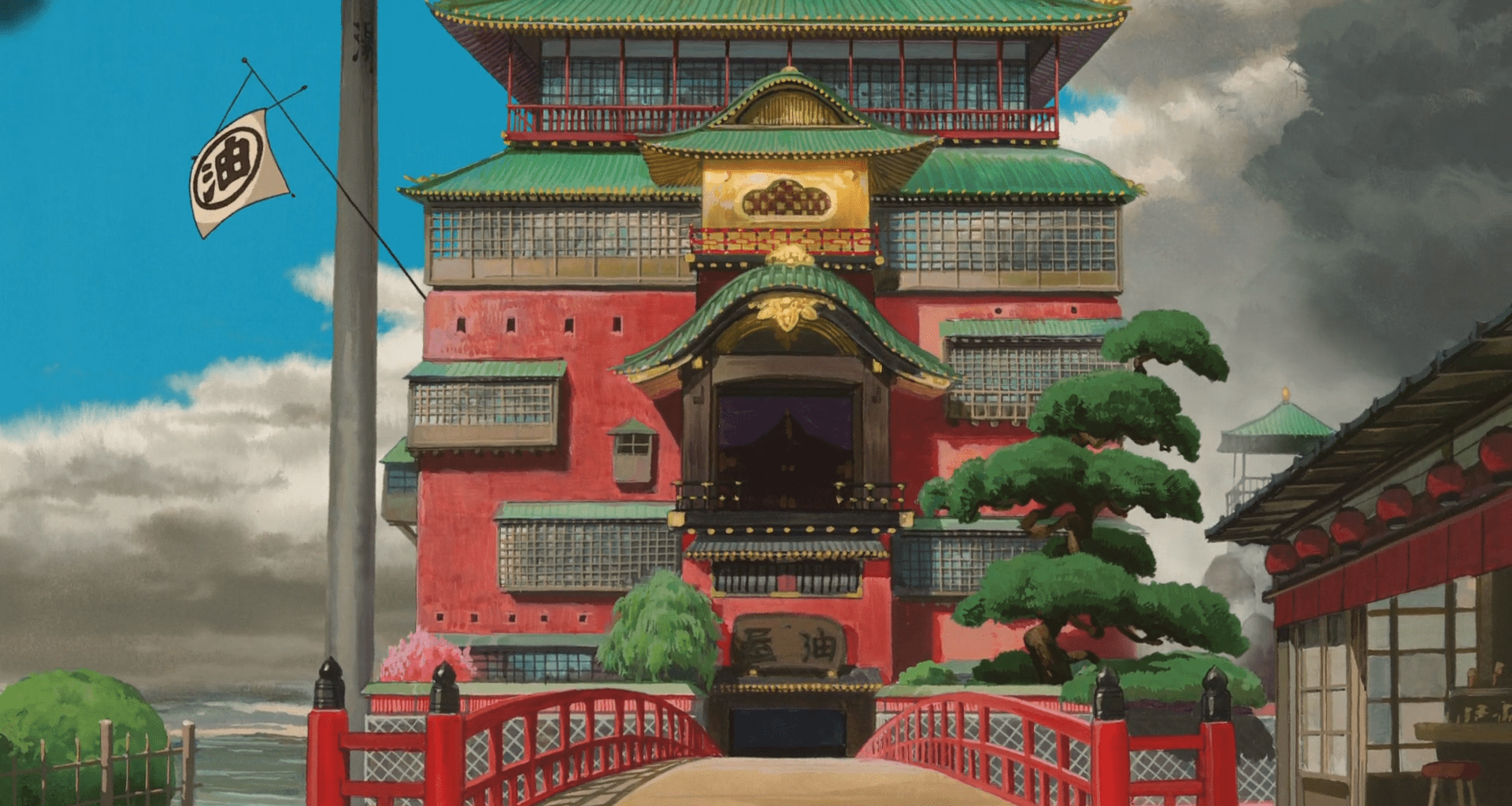 Meet the darling of Chinatown – the Buddha Tooth Relic Temple, which houses artefacts of the Buddha from pieces of his bone to his tongue. Its Tang-dynasty architecture dressed in a striking crimson resembles the grand bathhouse in Spirited Away. 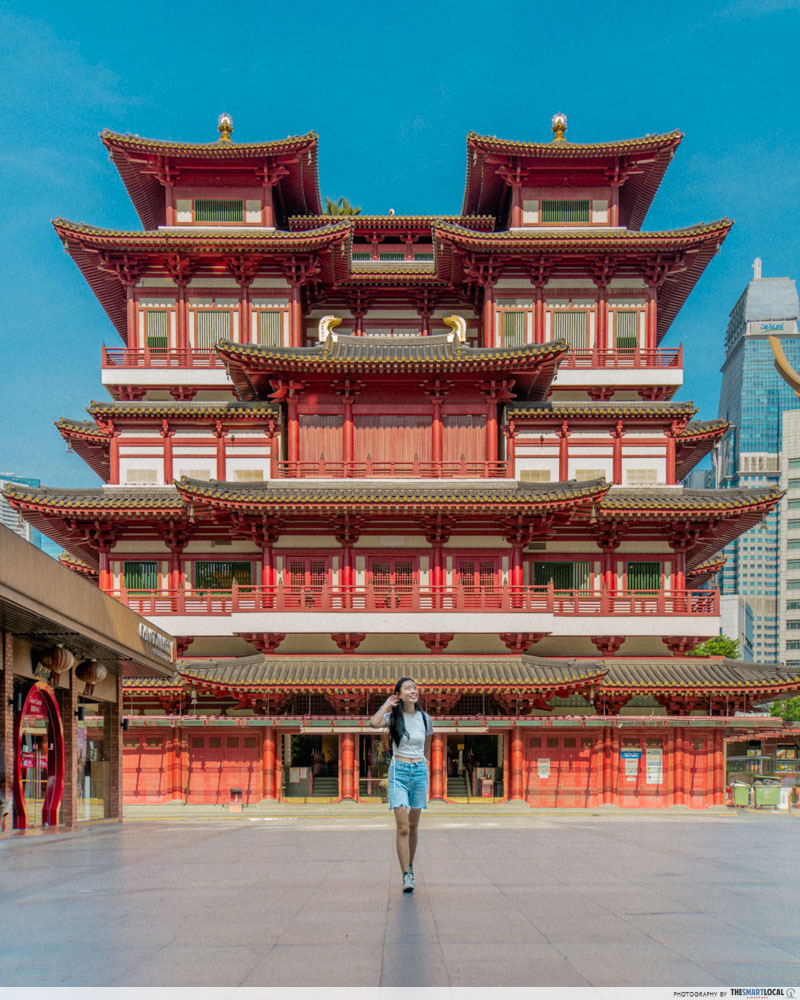 Visitors often tour the heart of the temple, where Buddha’s tooth is contained in a giant gold stupa that weighs a total of 3,500 kg. 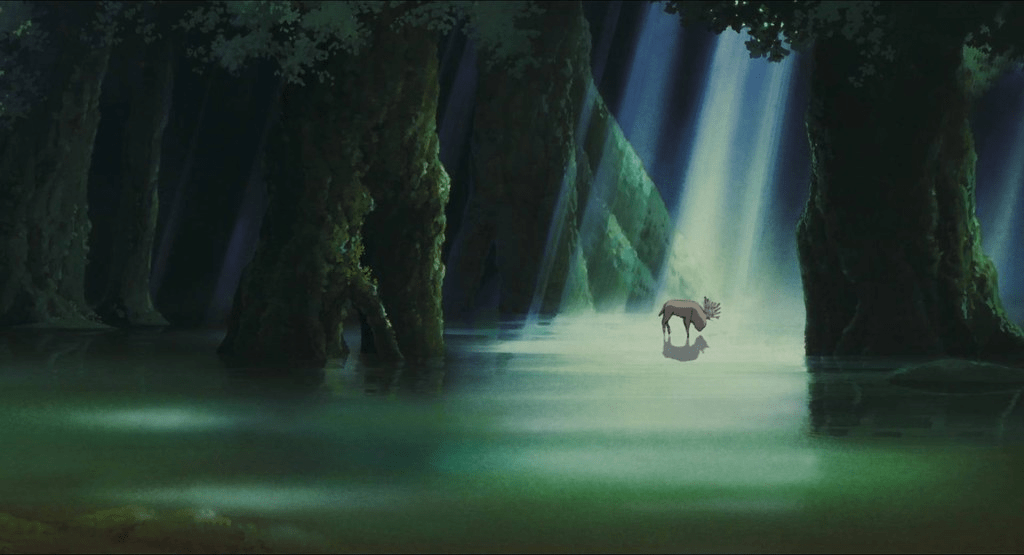 Princess Mononoke’s enchanted lake is probably one of Ghibli’s most beautifully animated scenes, with its pristine water and verdant greenery. 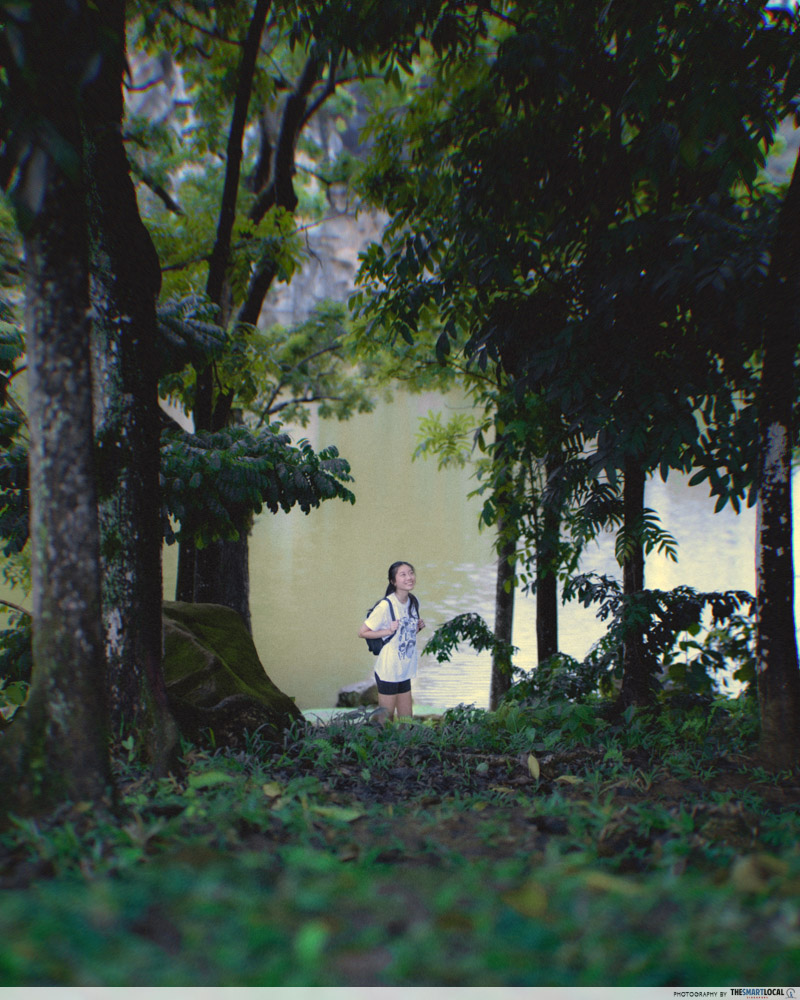 Similarly, Little Guilin is a basin of still rainwater, embraced by the surrounding trees and granite cliffs. While it looks like a forgotten piece of nature, it is only a 5-minute walk from Bukit Gombak MRT.

How to get there: Bukit Gombak MRT Station 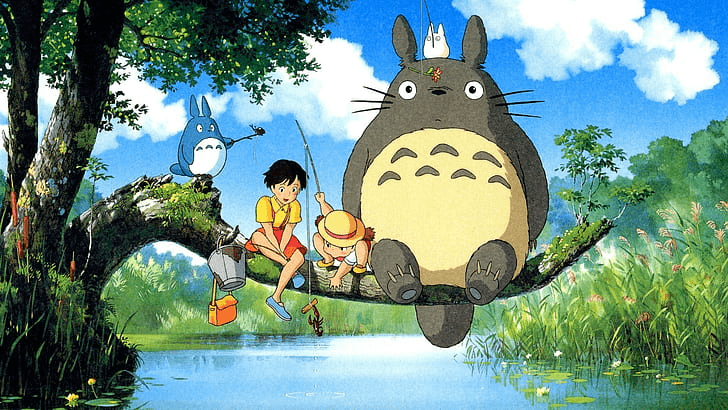 We all wished we had a cuddly friend like Totoro, who would give us snacks and let us ride in his catbus. The iconic low-lying tree branch, where Totoro and his gang sat over a small fishing pond, bears a striking resemblance to one of our most popular heritage trees. 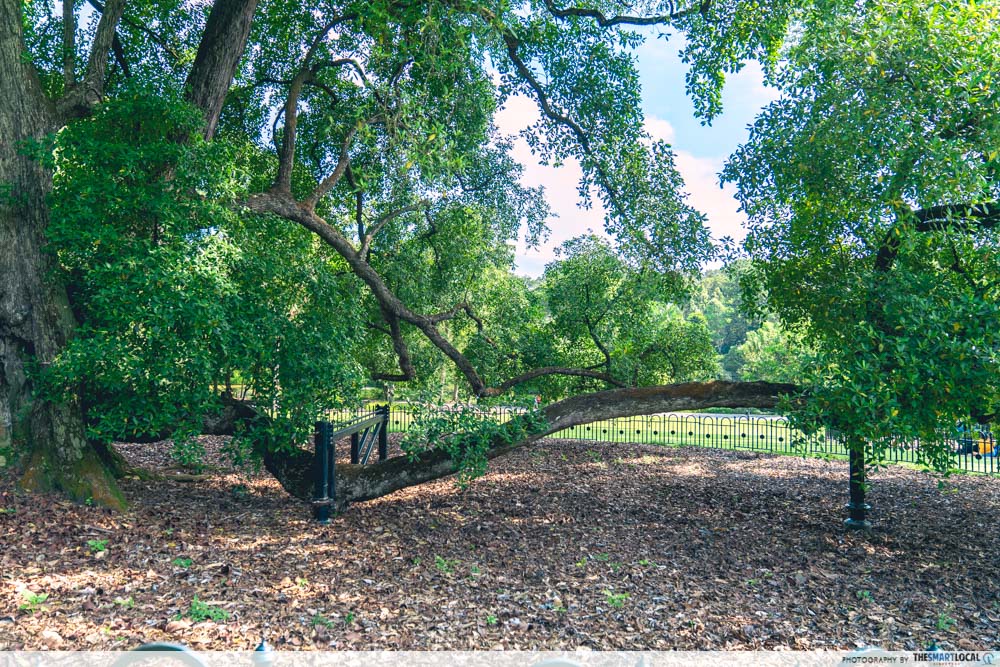 It’s the Tembusu tree in Botanic Gardens, probably the most famous of its cohort, courtesy of its lone low-lying branch that has since been fenced up and given more support. 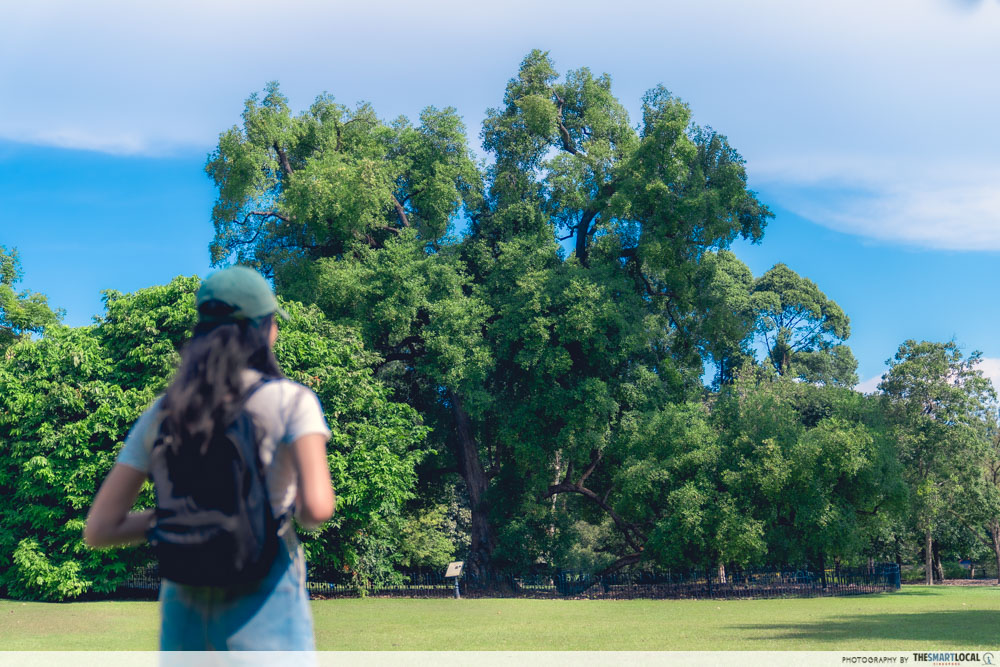 If you’re in the area, you can still admire it from a distance or enjoy a picnic under its shade. 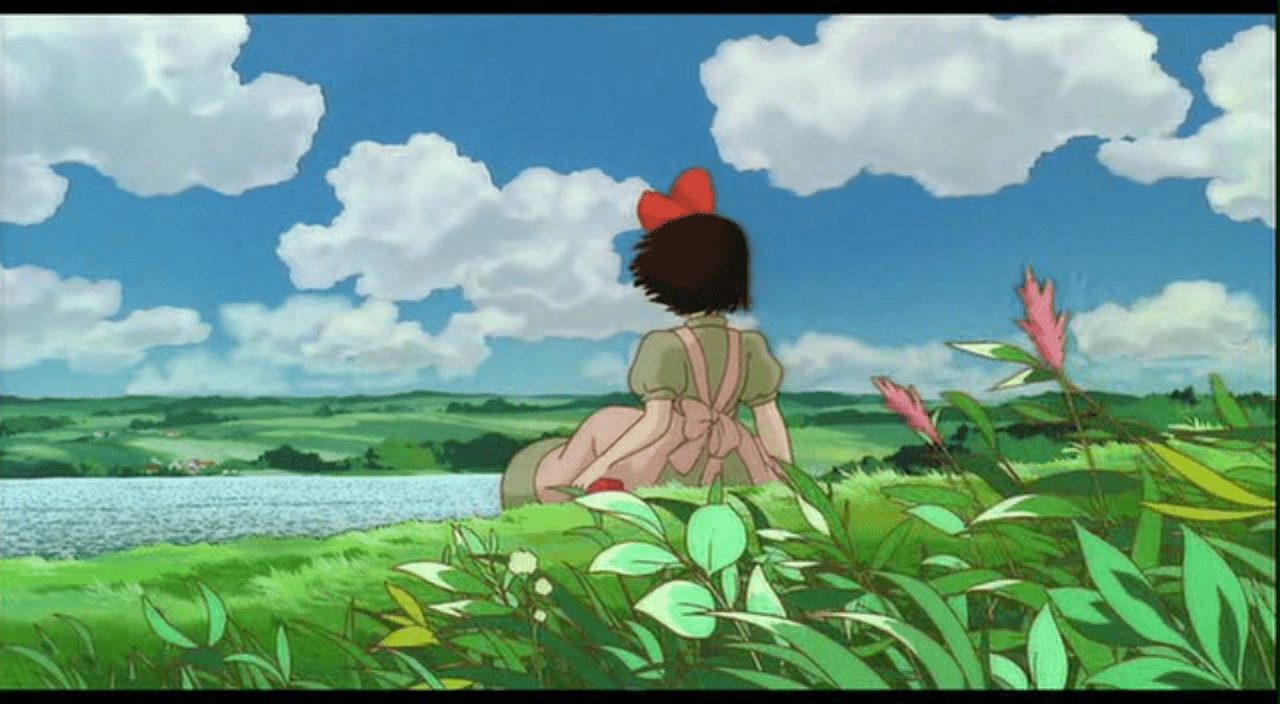 While the Upper Seletar Reservoir Park is often shadowed by popular sister sites like Macritchie Reservoir or Yishun Dam, it is equally charming. With soft, grassy banks and a panoramic view of the Central Water Catchment, the park shares an uncanny resemblance to the riverside banks in Kiki’s Delivery Service. 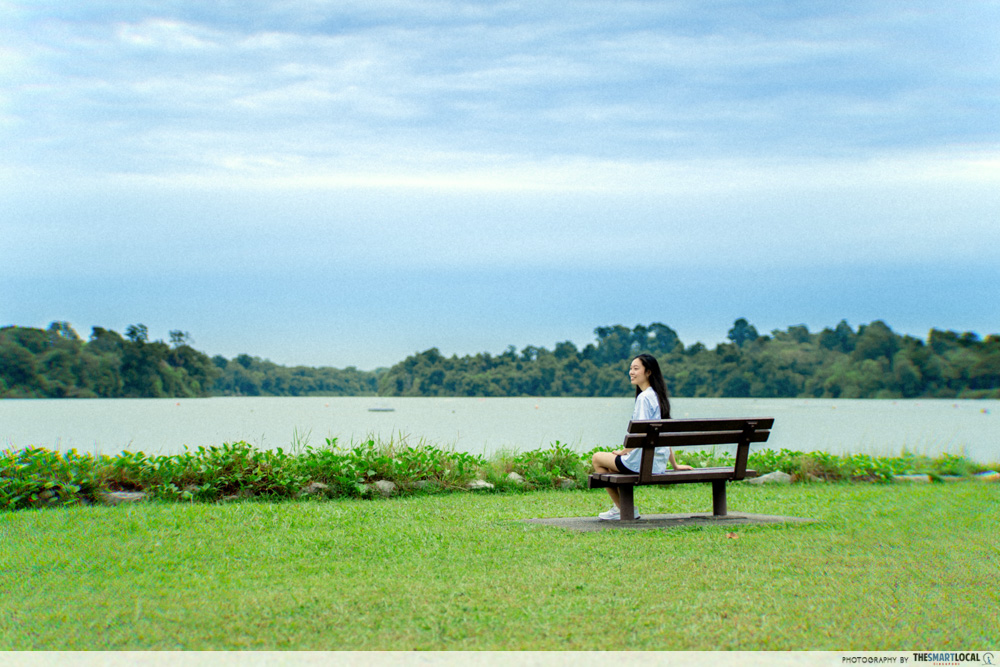 The park is also quiet and cool, perfect for those who want to escape the hustle and bustle of the city – like Kiki who got burnt out from being the town’s “Grab Delivery driver”.

How to get there: Bus 138 or from Springleaf MRT Station 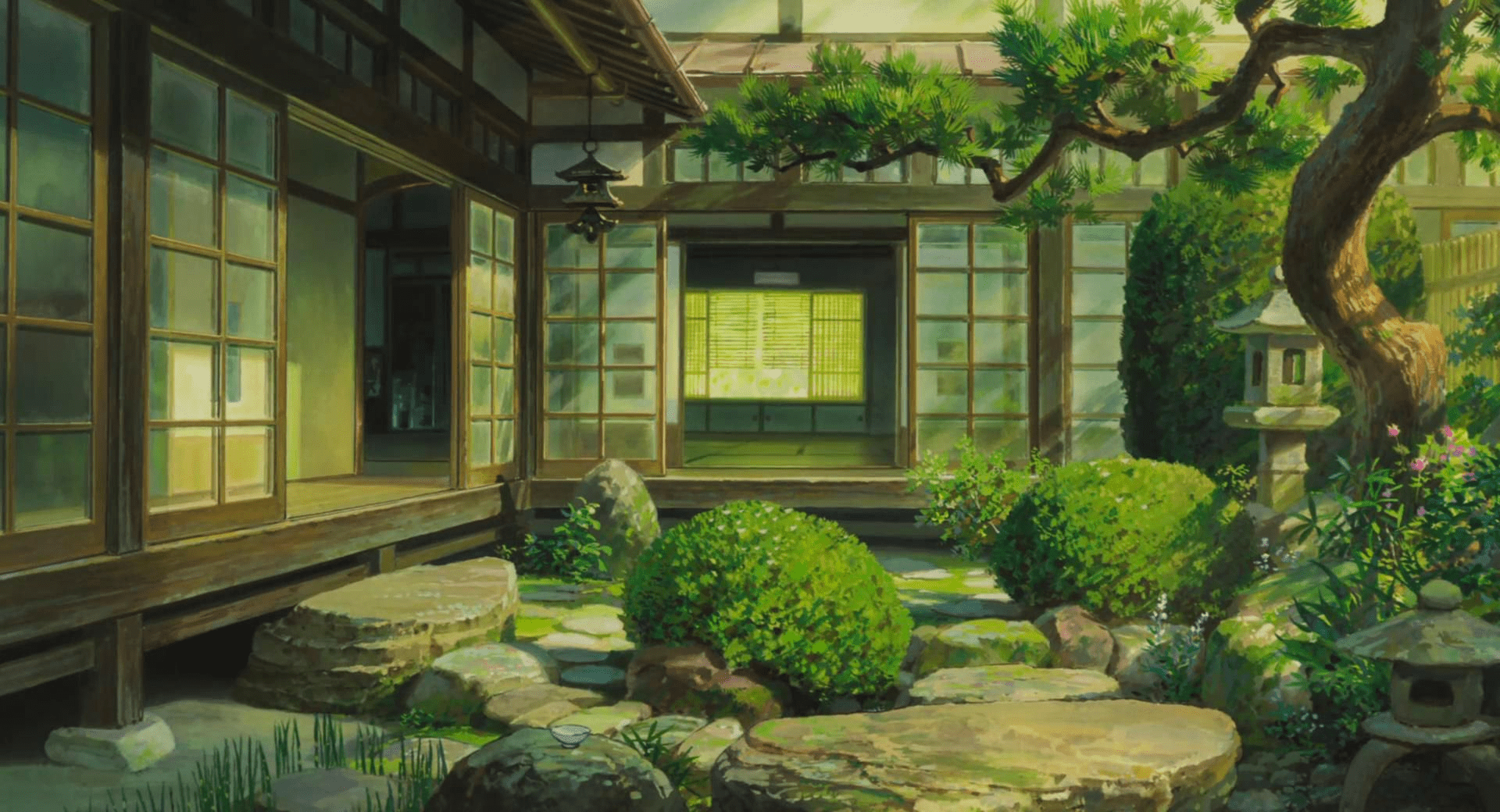 Between the tragic love story and turbulence of prewar in The Wind Rises, the film also highlights the beauty of Japanese homes and courtyards in the late 1920s. 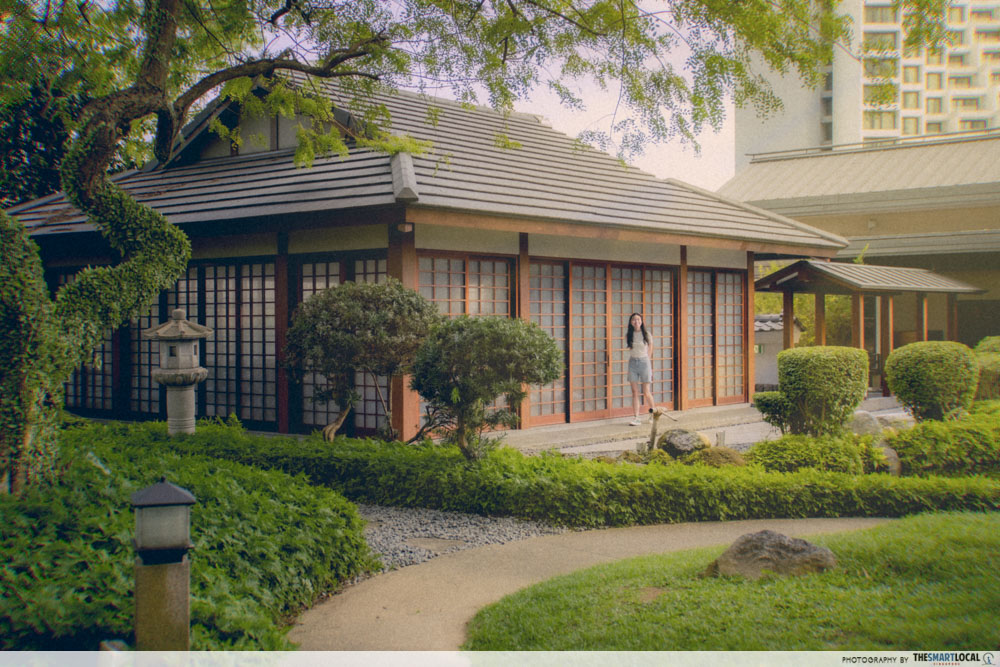 Hidden in Pan Pacific Singapore, Keyaki Garden Pavillion is reminiscent of a traditional Japanese courtyard with koi ponds, manicured hedges, and zen gardens. Entry to the garden is free, and you can even splurge on a meal at Keyaki’s if you’re feeling bougie. 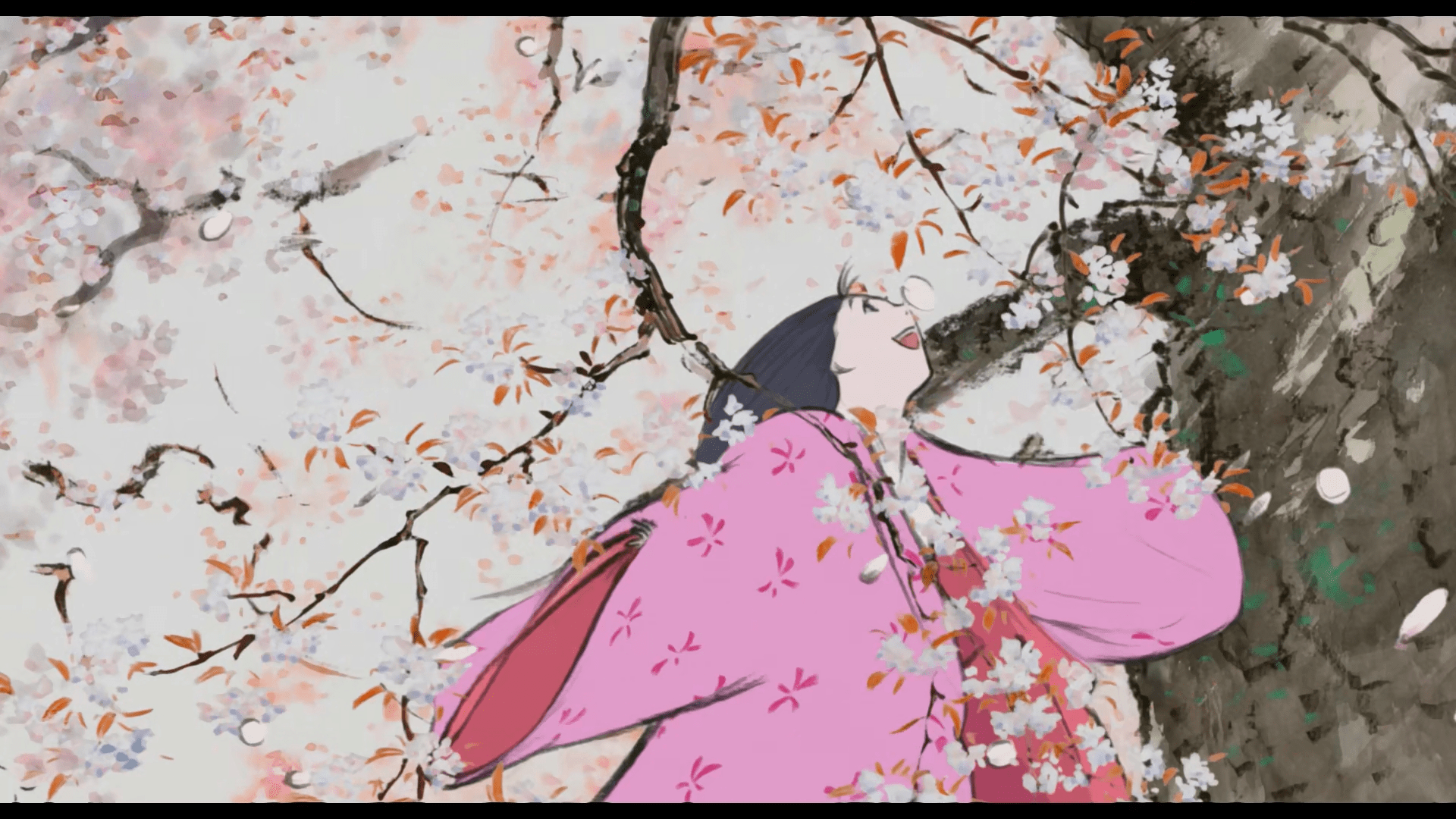 Die-hard Studio Ghibli fans would know that The Tale of Princess Kaguya is another classic Ghibli piece, despite its deviation from the usual Hayao Miyazaki art style. 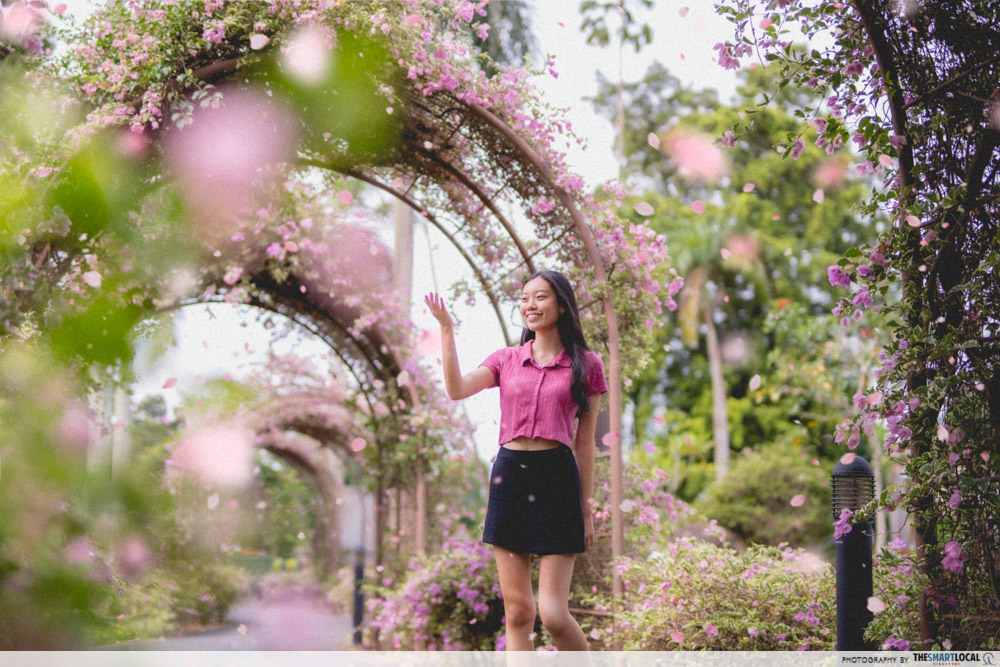 At Japanese Cemetery Park, you can look out for pink bougainvillaea sprawled across several wire arches – and get a shot posing like Princess Kaguya. 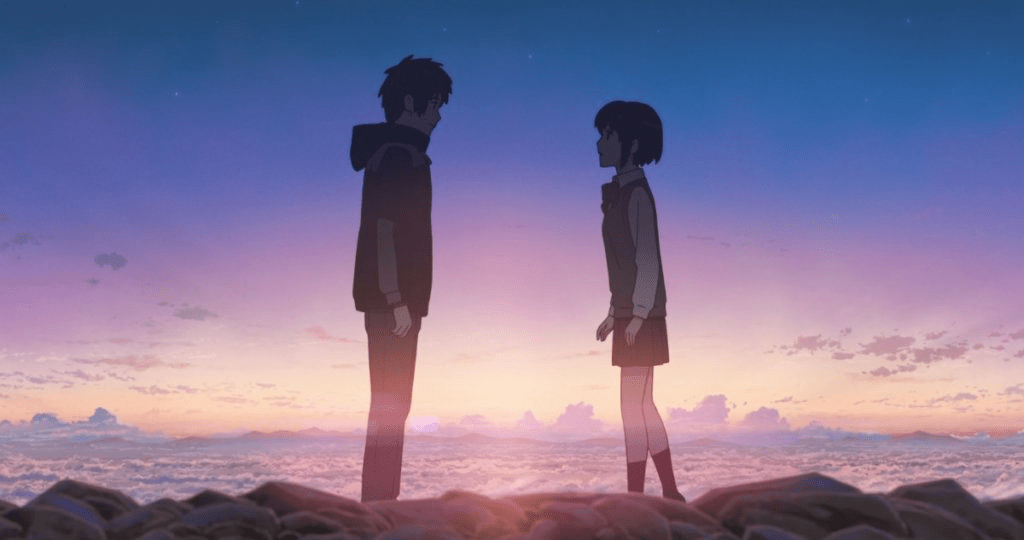 Although Your Name isn’t a Studio Ghibli film, it makes the list for being one of the top anime film favourites. 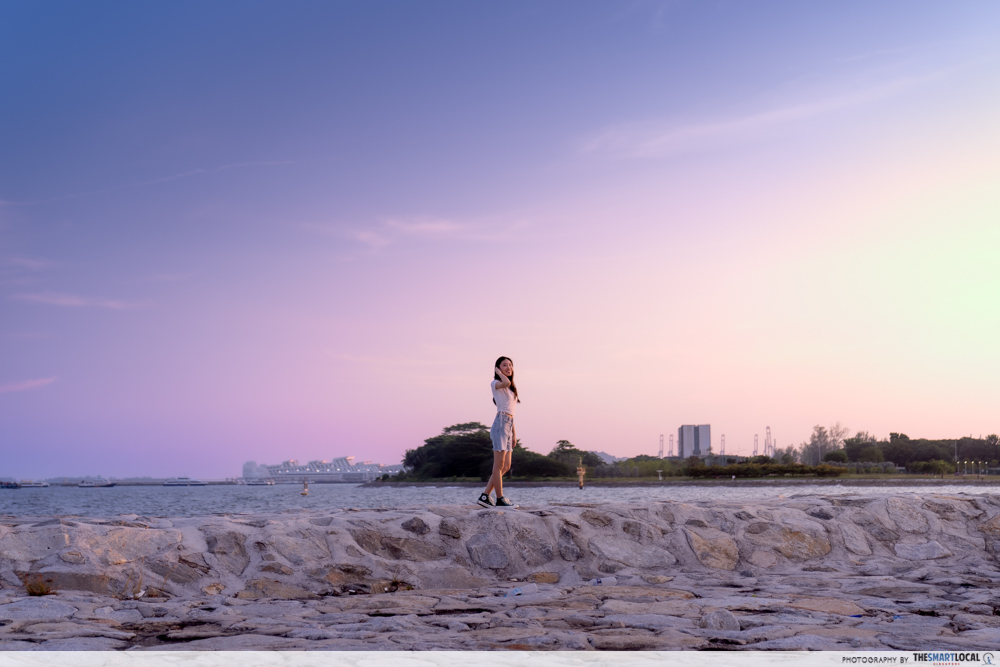 To recreate the experience of meeting your time-travelling bae along a crater rim, the breakwater at Marina East has a dramatic curved stretch – complete with unblocked cityline views in the background.

How to get there: Bayfront MRT Station

With SG Comic Con returning this December, this is the perfect opportunity for you to re-create some of these iconic Ghibli scenes. Don’t forget to put on a Joe Hisaishi playlist for the ultimate experience.

Is your Studio Ghibli heart full yet? Check out our other photography recommendations. 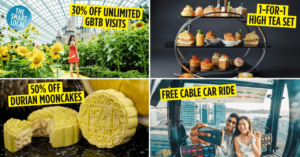 20 Best National Day Deals To Redeem With Your NDP 2022 E-Vouchers
Sephora Is Back With Their Beauty Pass Sale, With Up To 25% Off Storewide 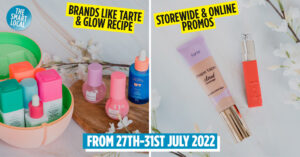