Why I quit alcohol before 21

Picture this: you’re in a bar with your friends who are about to order a beer tower. Something’s burning. No, it’s not the stinging sensation of alcohol; it’s your anxiety. You don’t want to fork out $20 for a few cups of liquid you don’t particularly enjoy, but you don’t want to be that guy either –  aka the party pooper.

Even before I turned 18, I joined the mad teenage rush to try alcoholic drinks. But after a while, I sobered up in more ways than one and realised that meaningful experiences could still be enjoyed with or without drinking. Read on to find out why I quit alcohol before 21.

Check out these other perspective articles:

Celebrating my youth with booze 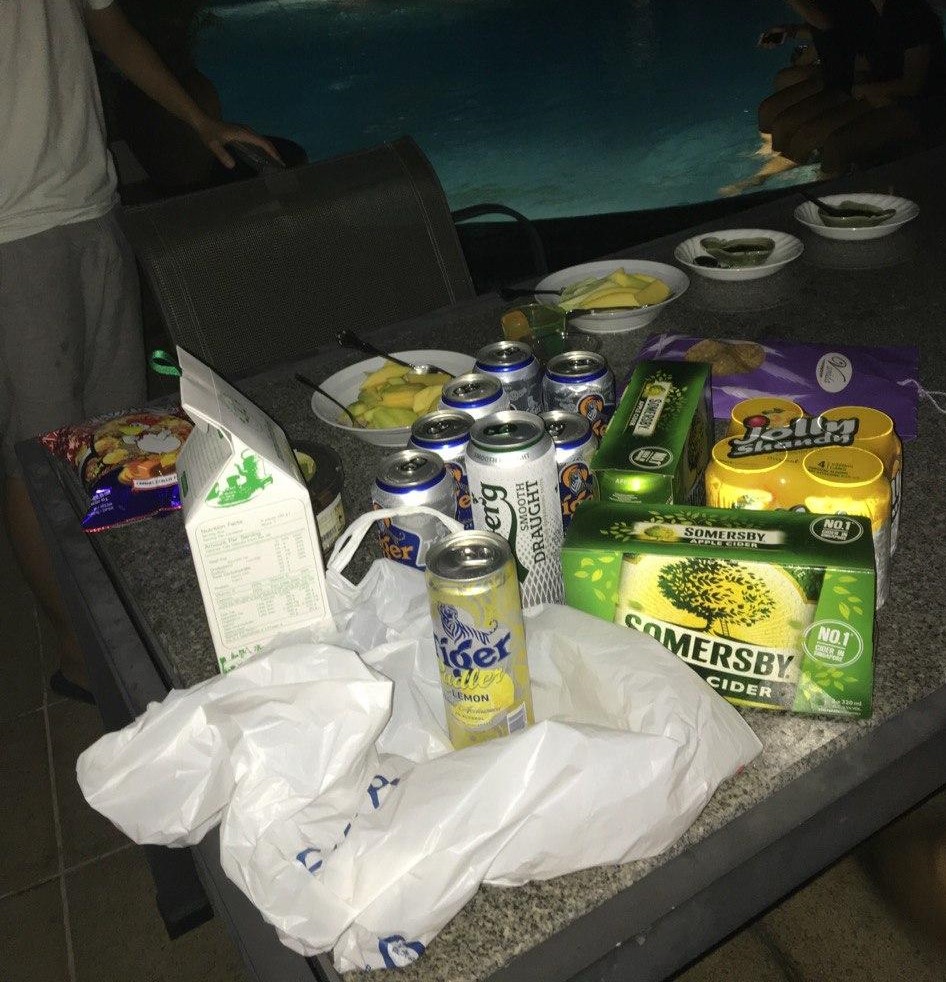 A common occurrence a couple of years ago

Like many teenagers turning 18 out there, I conflated alcohol with being “cool”. The minute one person in my clique became of legal age, they became the designated supplier. And soon, every gathering from birthday BBQs to Sentosa picnics had alcohol involved – soju, cider, whiskey, vodka – you name it.

These follow the same storyline. Everyone makes small talk, before diving into card games with shots as penalties. Before you know it, the rest of the night is nothing but a blurrrr. 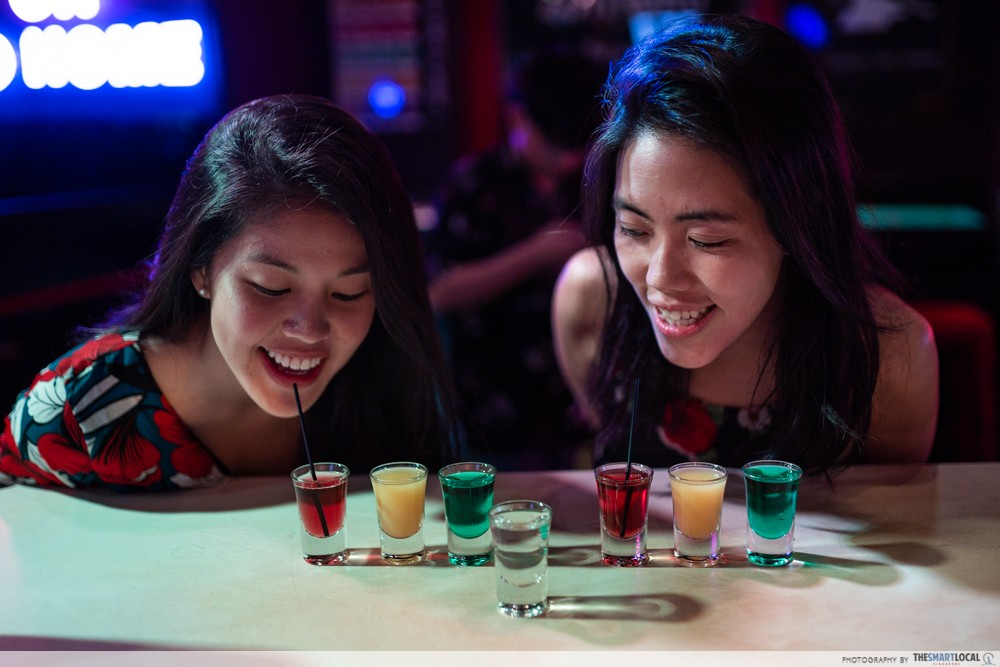 To be honest, I even aimed to “get wasted” at parties. I’d seen friends take shot after shot and seemingly reach a state of pure nirvana-like bliss: they’d laugh at anything, dance to unheard music and say whatever was on their mind without a care in the world.

As a stressed student with countless back-to-back assignments, that seemed liberating.

Realising my distaste for alcohol

But, I never attained that “nirvana”. Turns out, I’m a sleepy drunk. Alcohol always made me drowsy and ironically, made social events less fun for me.

Also, nothing against people who enjoy alcohol, but I find that the taste of alcohol sucks. I’ve tried everything from wine and beer to alcohol-infused fruit punch but everything tastes like spicy cough medicine that scalds my throat. Even cocktails where you can’t really taste the alcohol at first eventually makes me want to puke. 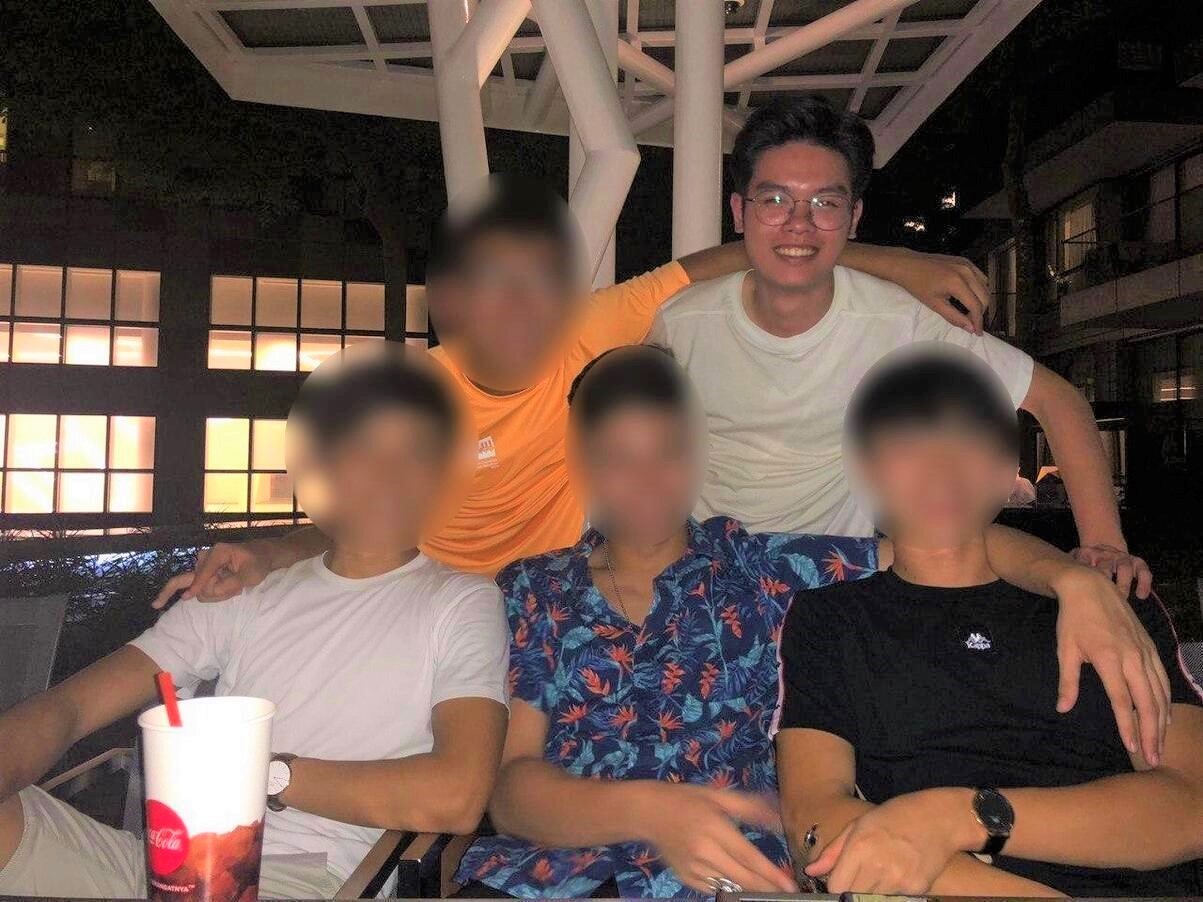 Next comes the Asian flush, the throbbing headaches and the heatiness – an unholy trinity of misery.

Drinking isn’t an affordable activity, and my throat hurt as much as my wallet.
Image credit: Billy Tran

Moreover, with the exuberant alcohol prices in Singapore, I was essentially spending my week’s allowance on the equivalent of a self-induced fever. Yet, despite all my misgivings, I continued to cave in to peer pressure and drink up.

Sobering up and recognising the peer pressure

Things changed during one particular chalet staycation in 2019.

Wanting to be as “high” as my friends, I pushed my tolerance to the limit and aggressively gulped down 4-5 cups of vodka-fruit punch mix. Then… all went black.

A few hours later, I awoke to a party that was completely over. My friends told me I missed multiple rounds of my favourite card game, a night walk to the beach and deep heart-to-heart talks. In a bid to avoid FOMO at the party, I ended up with having even more FOMO.

It dawned on me the next morning: what was the point of spending all that money and putting my consciousness at risk only to end up with no fond memories? I had such a burning desire to fit in and acted like my intolerance wasn’t an issue, not wanting to be seen as a killjoy.

Yet, at the point I reached, I’d much rather be one.

How to refuse a drink 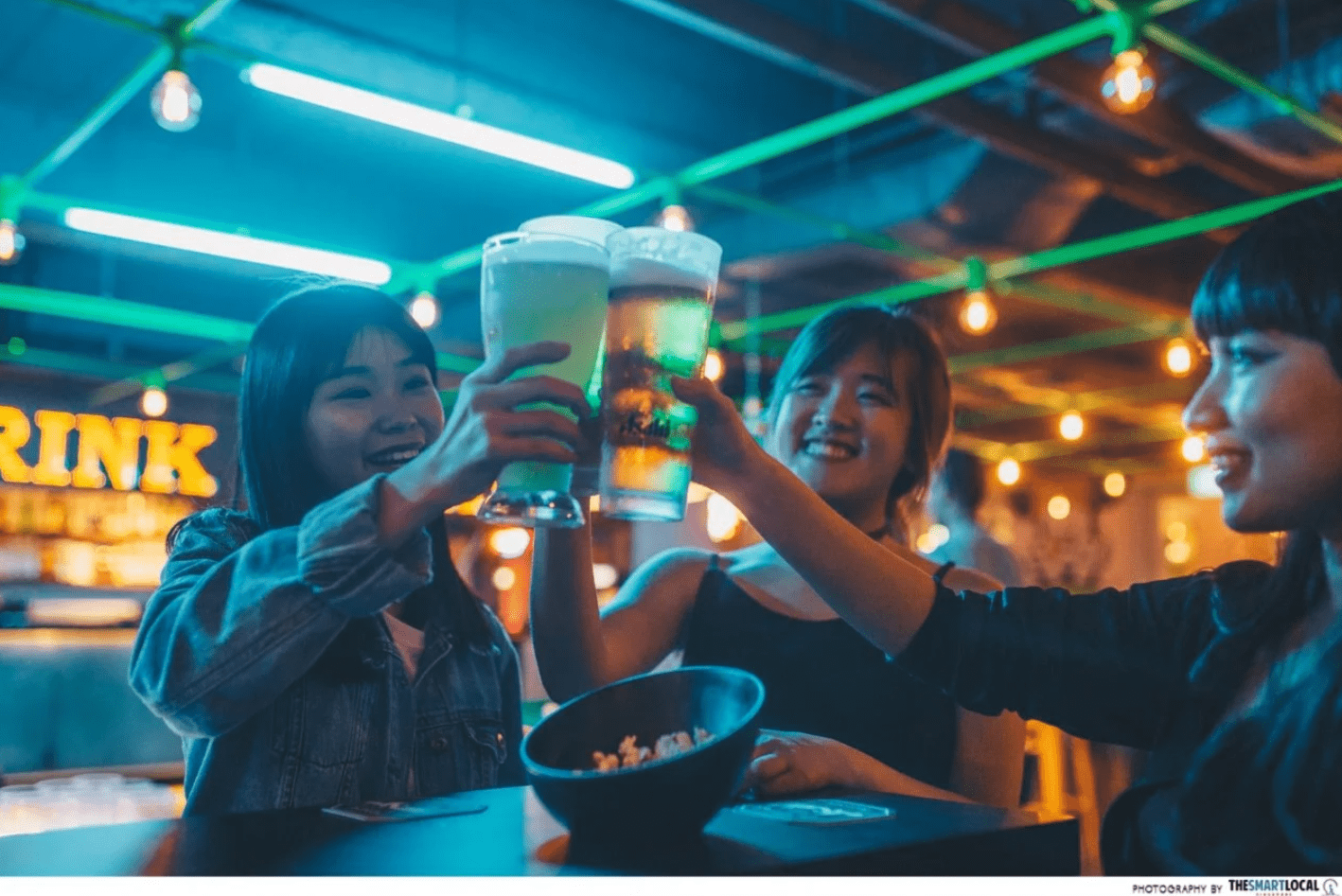 So, I was a changed person for the rest of the school year.

Whenever asked to drink at gatherings, I’d say “I’m not drinking until after my A-Levels”. Stating such a concrete boundary eventually made me comfortable with rejecting alcohol altogether, even after my exams.

Not going to lie – every time I went to a party or bar with my friends and was handed a drink, I still got flickers of social anxiety. While not ill-intentioned, the offhand “don’t be lame lah” or people insisting I chip in just made me feel worse about myself. 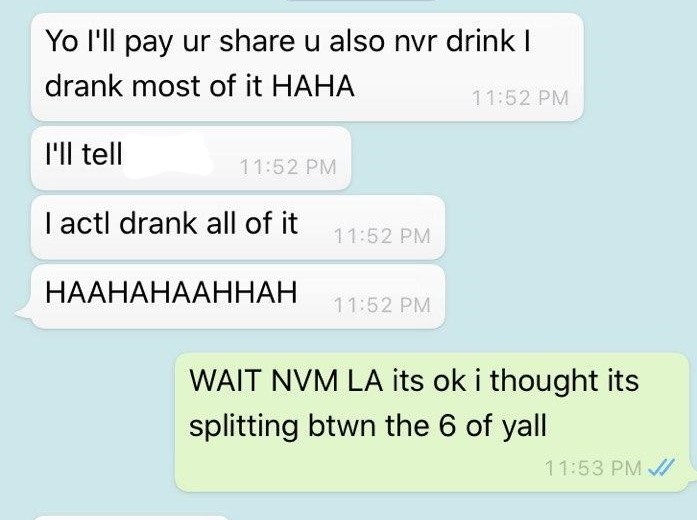 Awkward conversations about how much to pay after a night out
Image credit: Billy Tran

But as time went on, I learnt that a little confidence to reject something can go a long way. My friend eventually picked up on my non-drinking habits and respected that. Of course, saying “no” on the spot isn’t always easy. So, here are some other tactics I’ve learnt: 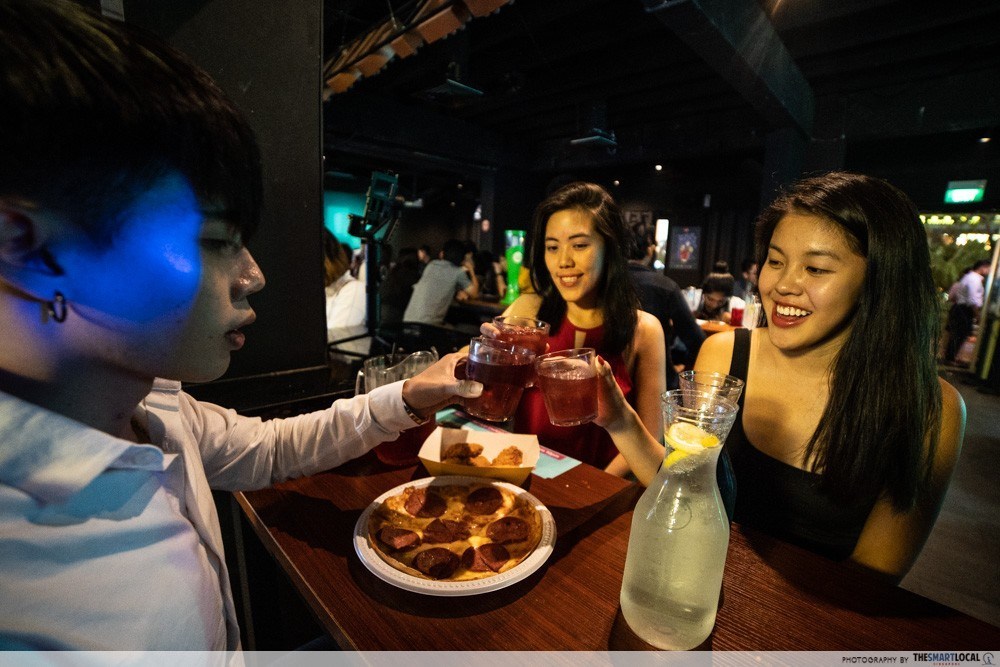 I have a friend who staunchly insists alcohol to be a necessary part of life, especially for networking and socialising. He’s not wrong – I agree that having a drink together is a shared experience that can help build bonds faster.

But if we’re only partaking in this ritual of raising glasses for the sake of the experience, then why should it matter what’s in the cup? I’d argue that we only think we need alcohol to feel good about spending time together, and sometimes forget the actual fun of just being together.

It has been more than a year since I’ve had a sip of alcohol. And in that process, I’ve learnt that you don’t need alcohol to hold conversations or be a fun person. 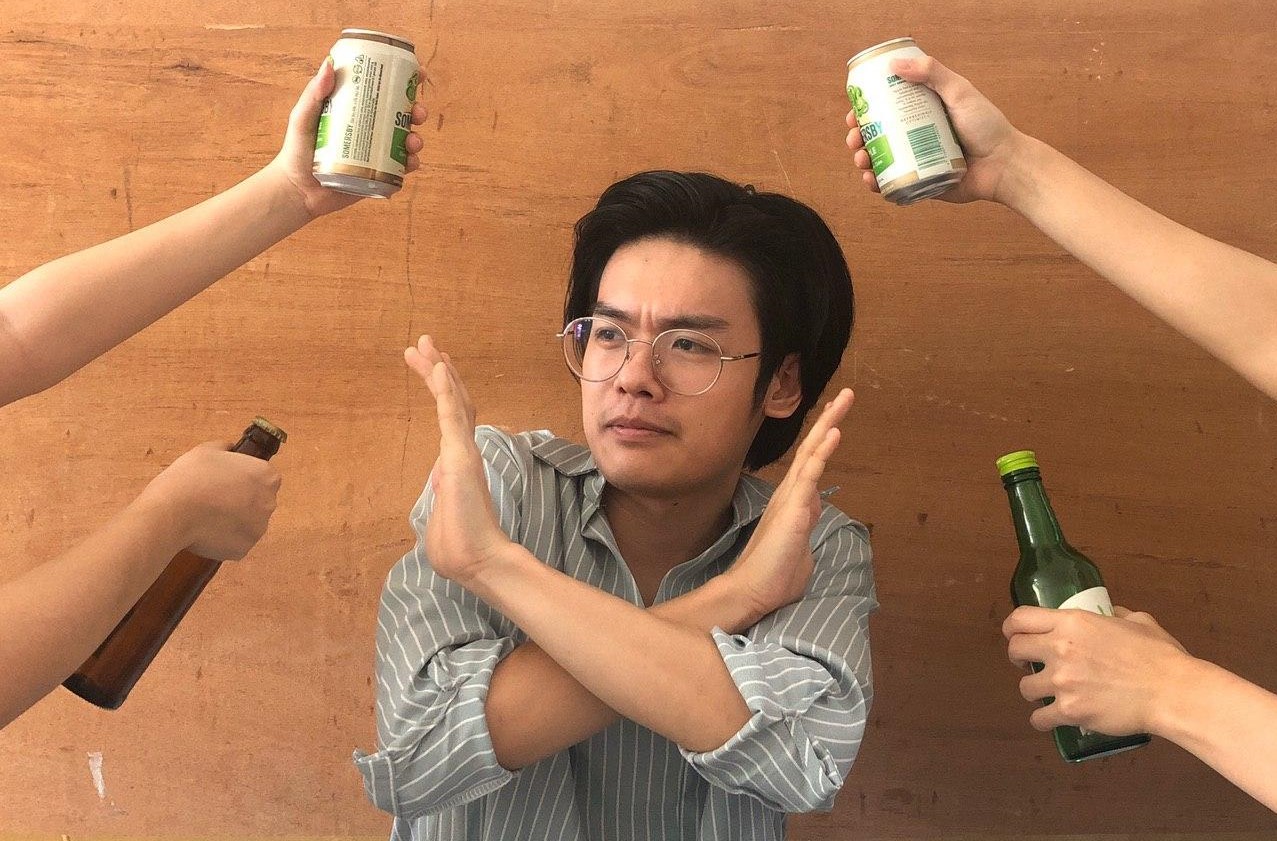 Nothing against those who enjoy a boozy drink, even I’m not denying the possibility of trying it again. I’m still very much excited about my upcoming Uni life that will likely include parties and dorm hangouts and don’t plan on skipping them just because of the presence of alcohol.

The main difference this time? I won’t be pressured to drink just to fit in anymore. 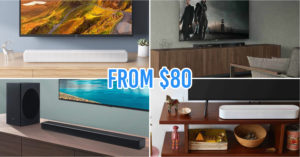 8 Best Soundbars In Singapore Sorted By Price For Movie-Worthy Audio "All Around You"
Design Orchard Revamp - New Local Brands, Craft Workshops & Photo Ops Worth Meeting In... 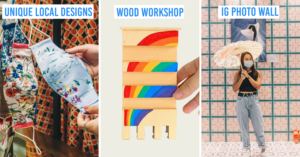