Depression myths and misconceptions in Singapore 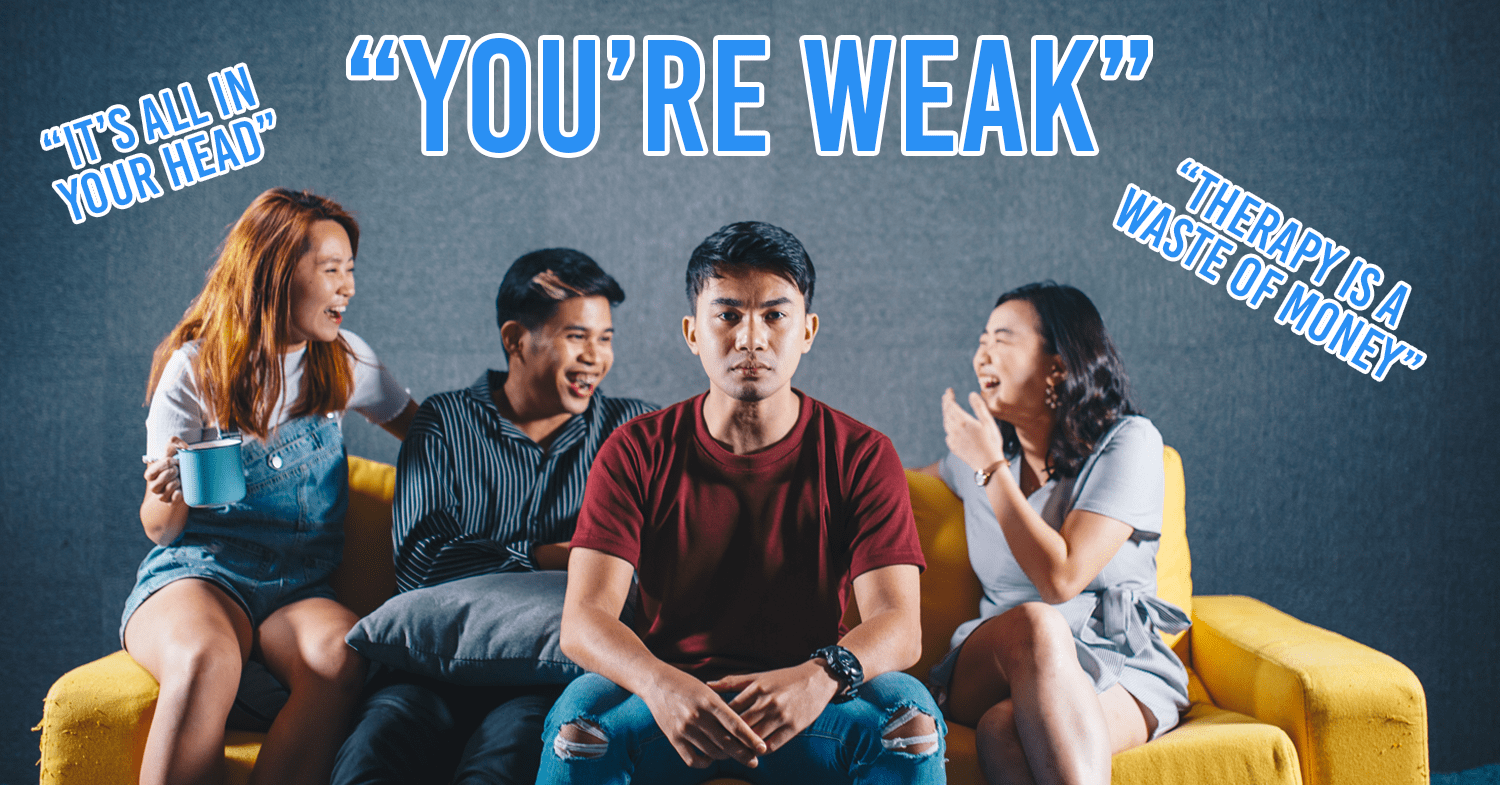 From our highly competitive education system to the kiasu mindset of hustling your whole life to achieve wealth and status, it’s hardly surprising that roughly 6.3% of Singaporeans have suffered from depression – more specifically, Major Depressive Disorder – at one point of their lives, according to a 2016 study conducted by the Institute of Mental Health.

Yet it remains that mental health is a topic which people either shy away from because they deem it taboo, or spout unintentionally offensive sentiments about due to sheer ignorance.

It makes little difference whether it comes from an older member of the family who grew up in a more conservative generation, or a miseducated Gen Z-er who unconsciously subscribes to false and harmful views of mental health presented online. These are 9 common depression misconceptions Singaporeans have heard from their loved ones, and they all hurt the same.

1. “Depression is just a state of extreme sadness, not a real health concern” 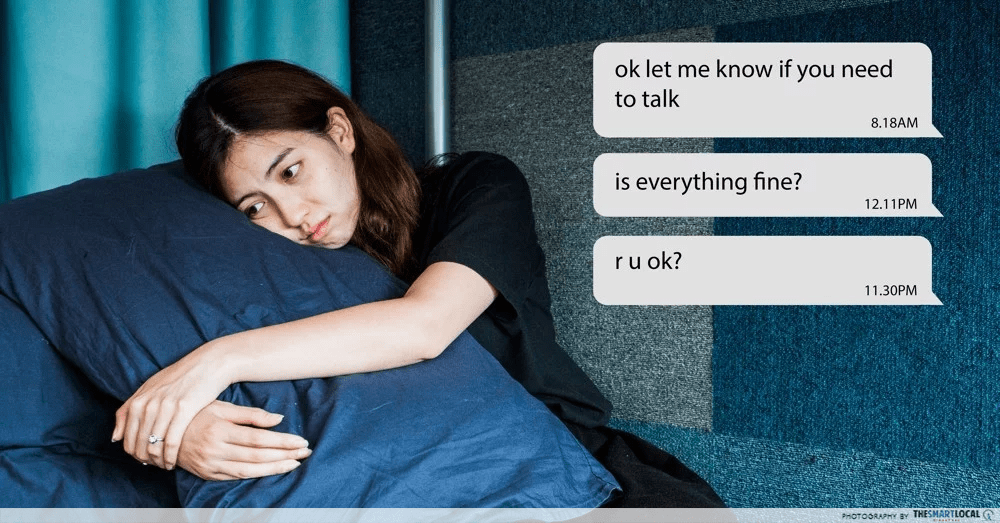 Like that episode of The Office where Dwight infamously enquires whether “depression” is just “a fancy word for feeling bummed out”, people who aren’t familiar with mental health conditions often brush it aside as pure sadness. When one’s mood gets mixed up with a prolonged and acute mental state, it can be tough to simply “snap out of it”, which leads to increased guilt and pressure on top of existing depressive symptoms.

It’s a no-brainer to head to one’s neighbourhood clinic or GP when a physical ailment strikes, but somehow the tune changes when mental health is concerned.

2. “Having depression means you have a weak mind, just toughen up”

Recent years have seen terms like “Strawberry Generation”, “toxic masculinity” and the overarching theme of self-entitlement spring into discussion. These criticisms feed into the root misconception that depression sufferers are all “weak”, and that they only succumb to overwhelming feelings of dread because their mind and willpower are not wired as tough as the rest of humankind.

Besides the obvious inaccuracy, such beliefs are toxic as they guilt and shame depressed individuals and force them to suppress their feelings instead of reaching out for help and support.

3. “It can only be cured by antidepressants, and you will get addicted” 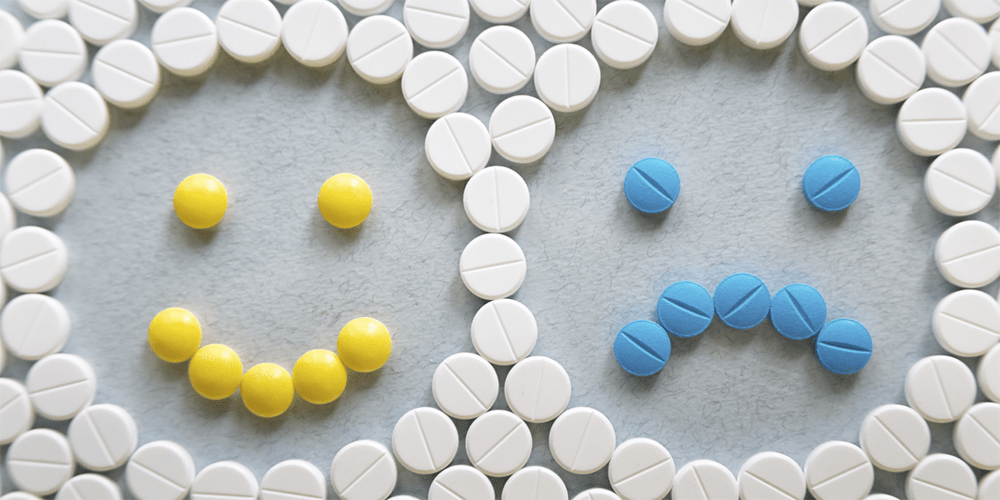 Popping pills is a touchy topic, and the cautionary tales of overdoses or immunity to medication over time result in an aversion to antidepressants among those who would benefit from it.

In actuality, antidepressants are prescribed by psychiatrists with a wealth of knowledge on the exact dosage you need and how long you need to be on prescription, before they monitor your mental state accordingly and wean you off when appropriate.

Antidepressants are necessary and beneficial when those with depression need external stimulants to stabilise their condition, but they should not be viewed as a magic cure-all.

If anything, there are myriad ways of coping with depression and alleviating symptoms, from regulating your sleep cycle and adopting an exercise routine to seeking therapy, and these non-medicinal methods should be used in conjunction with antidepressants to avoid developing over-reliance.

4. “Therapy is just paying to talk to a stranger and won’t solve your problems” 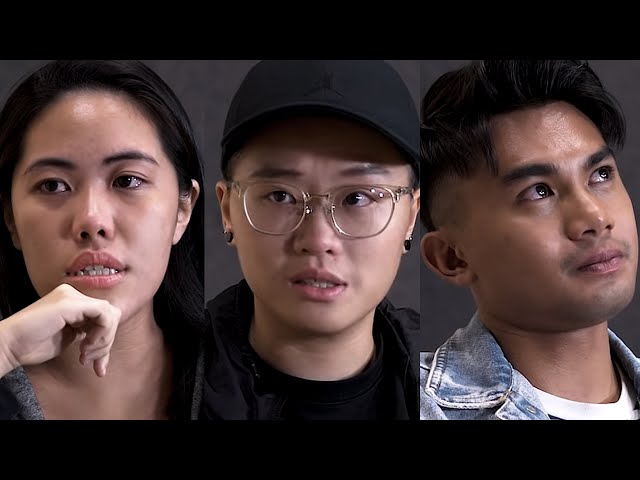 Whether it’s a school counsellor or a paid psychiatrist, many people write therapy off as a waste of time and money. This stems from a general lack of understanding on what therapy is, and what the treatment method aims to accomplish. What it is not, first and foremost, is a miraculous quick fix in which you tell a genie-like character all your woes, and they bestow upon you all the answers and solutions.

Therapy is a process which takes time, and a lot of proactiveness from the patient’s part. As told from the above video, a psychiatrist will not spoon-feed you exact instructions or tell you how to feel. They will instead hear your situation out in terms of your background, history and the issues that affect you, before providing you with the tools needed to establish your own coping mechanisms and foster a stabilised state of mind long after you leave the therapy session.

5. “How can you be depressed if nothing traumatic happened to you?” 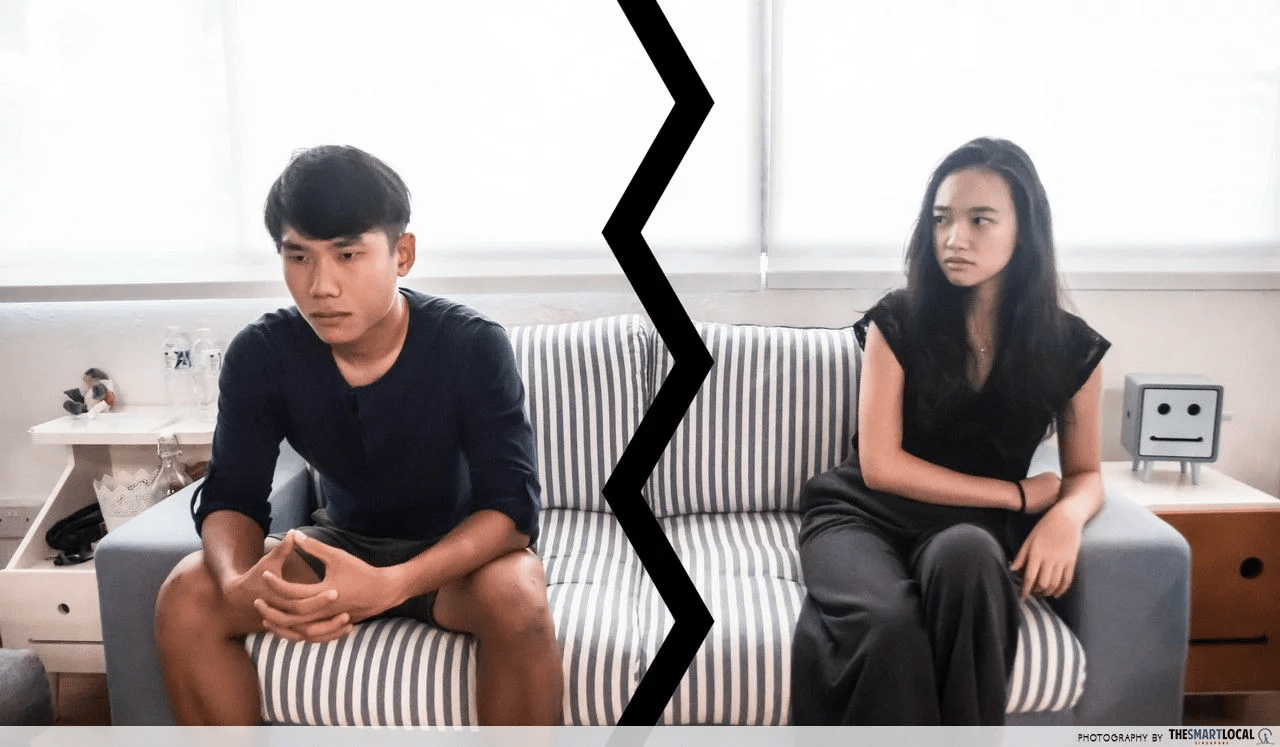 Most people know to check up on their loved ones after something monumentally upsetting takes place, such as a death of someone in their life, the end of a relationship, losing one’s job, so on and so forth.

Although such incidents are no doubt strong catalysts for depression, symptoms can also creep in during life’s most mundane and ordinary chapters. Because it settles in gradually without a clear point of time or origin, it can be even harder for the patient to detect and make the call that a proper diagnosis is in order.

6. “Your life is so good, what’s there to be depressed about?” 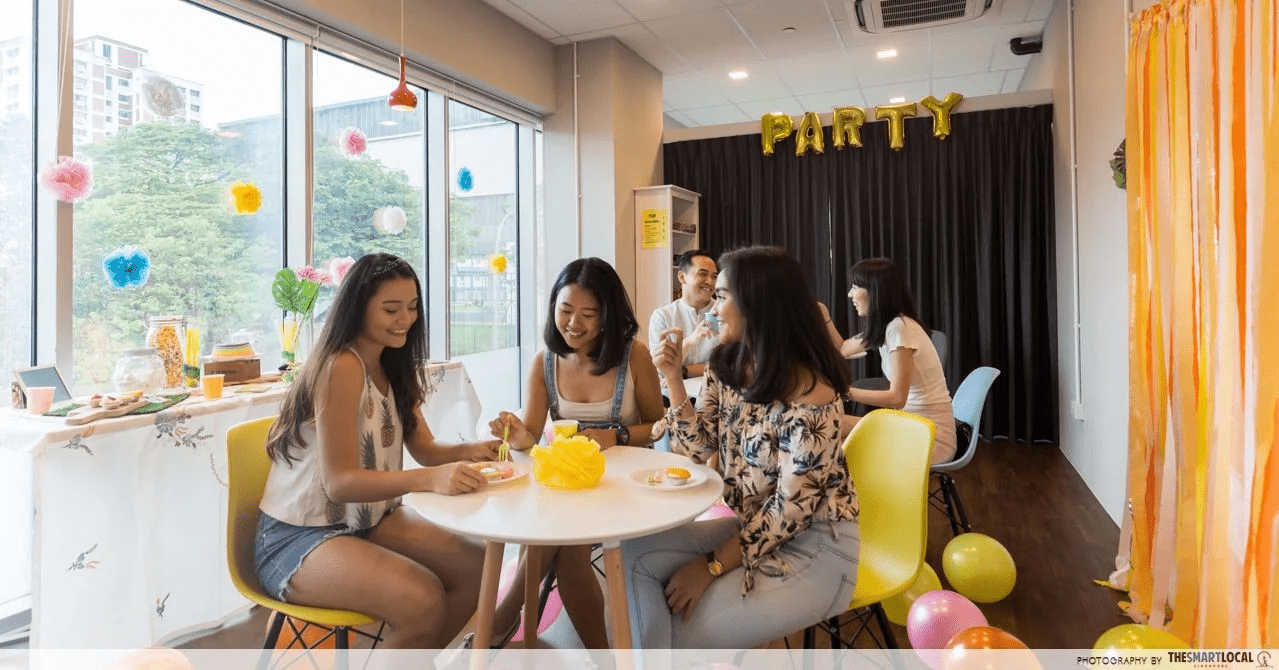 One of the biggest guilt-trips is to question how someone can be depressed when there are people who “have it worse” than them, yet aren’t complaining. Besides the flawed logic and comparison fallacy, depression is a condition which does not discriminate. Whether you’re penniless or loaded, down on your luck or have it made, mental health issues can plague you all the same.

When it comes to seeking solace, the last thing a depressed individual needs is to have their emotions invalidated, and to be told that they “don’t deserve” to feel whatever negative emotions they are going through simply because of their circumstances in life.

7. “Having depression makes you a liability at work or school” 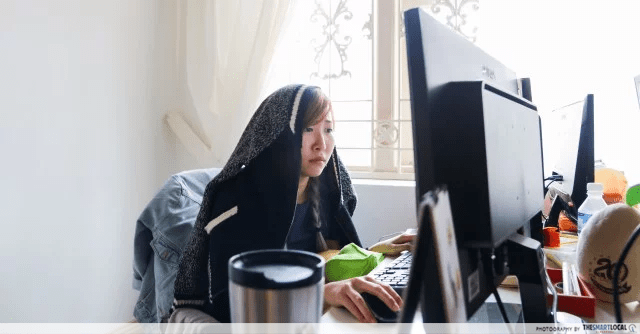 For someone who’s never dealt with depression first-hand or witnessed it developing within people they know, the condition might be painted in a warped manner where sufferers seem unable to carry on with their tasks altogether. Although a major trait of depression is to lose motivation for general duties and display less enthusiasm than normal, not everyone who is diagnosed retreats to a corner to just sit around and cry all day. 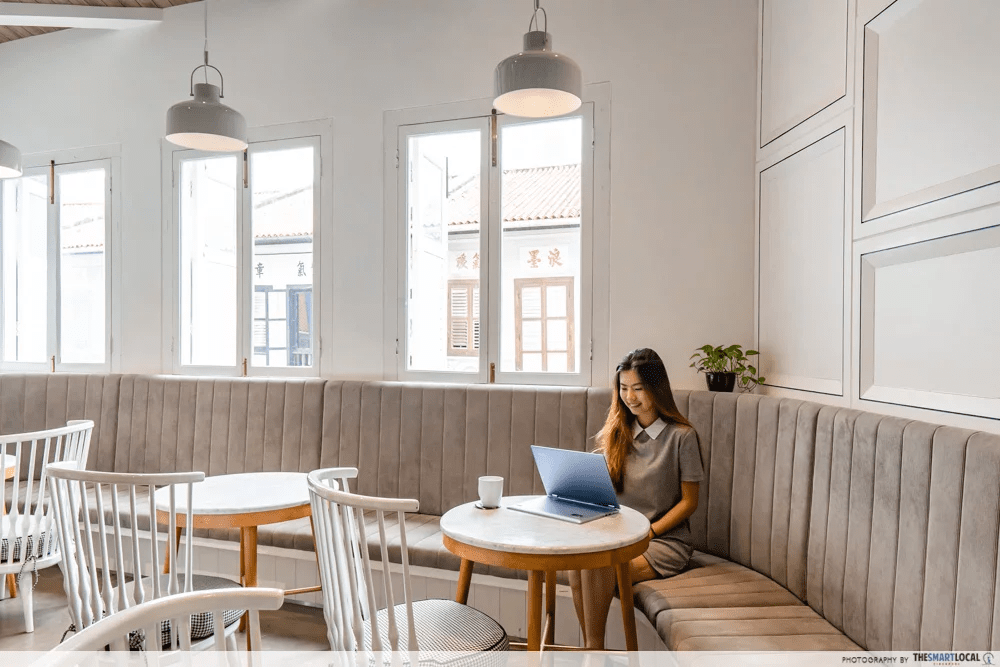 High-functioning depression is a state whereby individuals still experience depressive symptoms, but – aided by a combination of treatment methods which suit their condition best – are able to compartmentalise the dread and carry out their lives as per normal.

In fact, take a quick look around and you’d likely never be able to guess which of the classmates or coworkers in your midst have ever struggled with depression. They could very well be the ones sporting the brightest smiles.

8. “Your depression will be cured if you surround yourself with happy people” 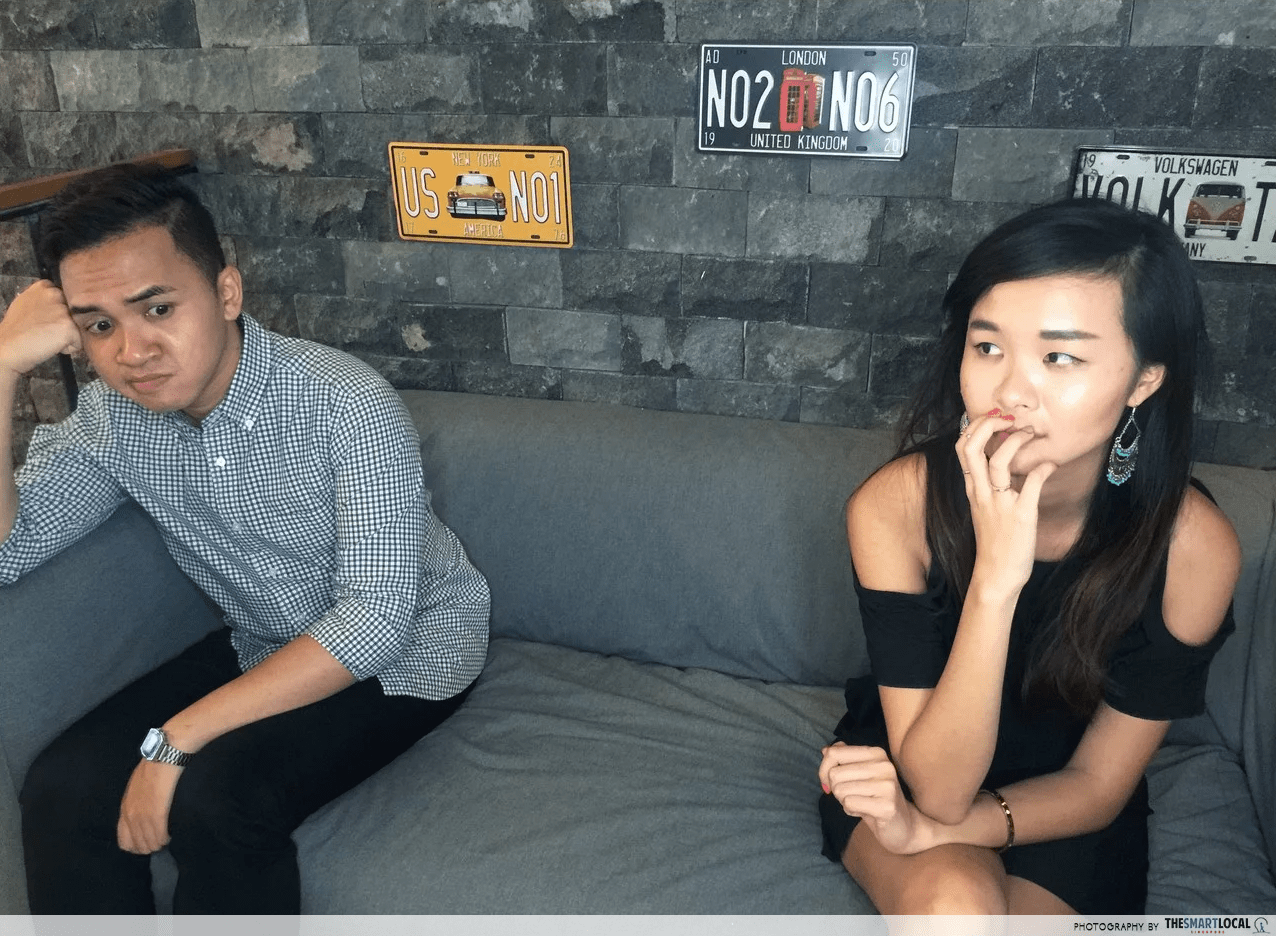 “Just get out of the house more!”, “stop being glued to your phone or computer and go get some fresh air”, “some vitamin D will do you good”.

One of the strongest depression traits, which is also among the earliest to set in, is the loss of interest in activities they once loved and jumped for joy over. Coupled with an overall lack of zest for life, depression sufferers make the conscious decision to isolate themselves even more out of fear that they may drag the mood down in social situations.

9. “Once your depression is cured, you’ll never feel depressed again” 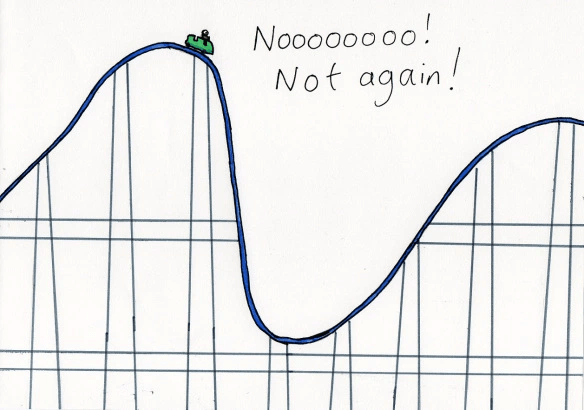 Image credit: Blurt It Out

Breaking free from the shackles of depression and seeing the clouds clearing from overhead is a cause for celebration, but it’s by no means a situation like chicken pox where you get it once in your life and never have to deal with it ever again.

Relapses are common and expected, regardless of how long it’s been since your last depressive episode, and how varied the durations are whenever an onset does strike. Those who are going through a particularly stressful phase of their life or encountering a new and unfamiliar ordeal as especially prone to relapses.

Keep in mind that battling depression is already a feat on its own, and the last thing someone needs is to beat themselves up for falling prey to a cycle of being depressed, feeling okay and getting back on their feet, then relapsing into depression again.

Mental health and depression in Singapore

Stepping into a whole new decade, it’s about time we as a nation collectively give the topic of mental health the care and attention it has always deserved. Just as our physical beings would crumble and fall should a viral sickness attack, neglecting our mental health leads to our very minds being compromised, and our spirits shattered.

May 2020 be the dawn of an era in which mental health is subjected to zero judgement or prejudice, where people of all ages and backgrounds feel comfortable and free to voice out their emotions and seek help from all avenues when required.

If you have aspirations of your own as to how each of us can step up and make a positive difference to youth metal well-being in Singapore, share your stories, ideas and suggestions in the link below from now till 21st February 2020. Every response will receive a reply!

Have your say on mental health in Singapore here 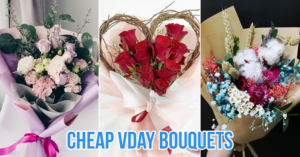 9 Florists In Singapore With Cheap Valentine’s Day 2020 Bouquets From Just $18
SRT's The Lifespan Of A Fact Is A New Comedy About Fake News That Is... 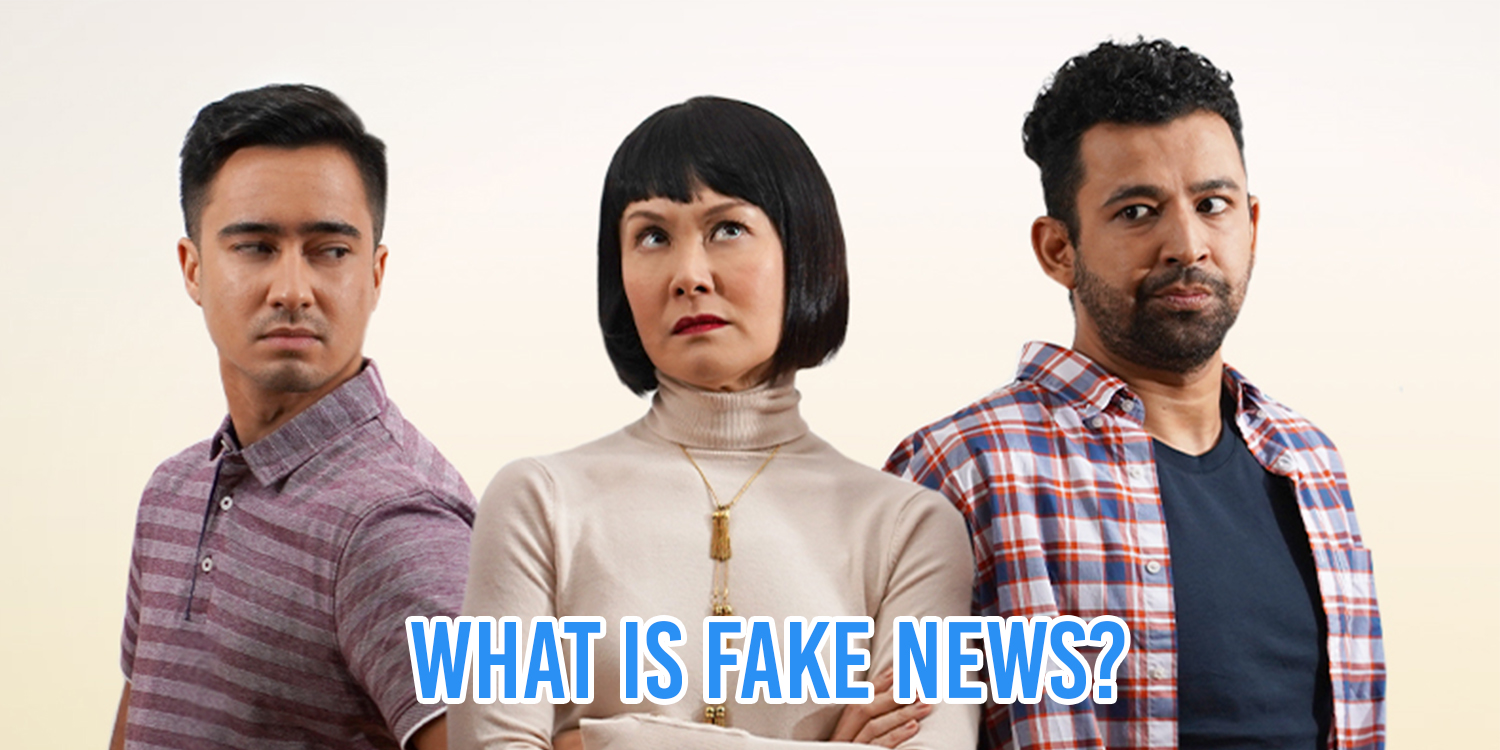