From noob to cooking during the Circuit Breaker 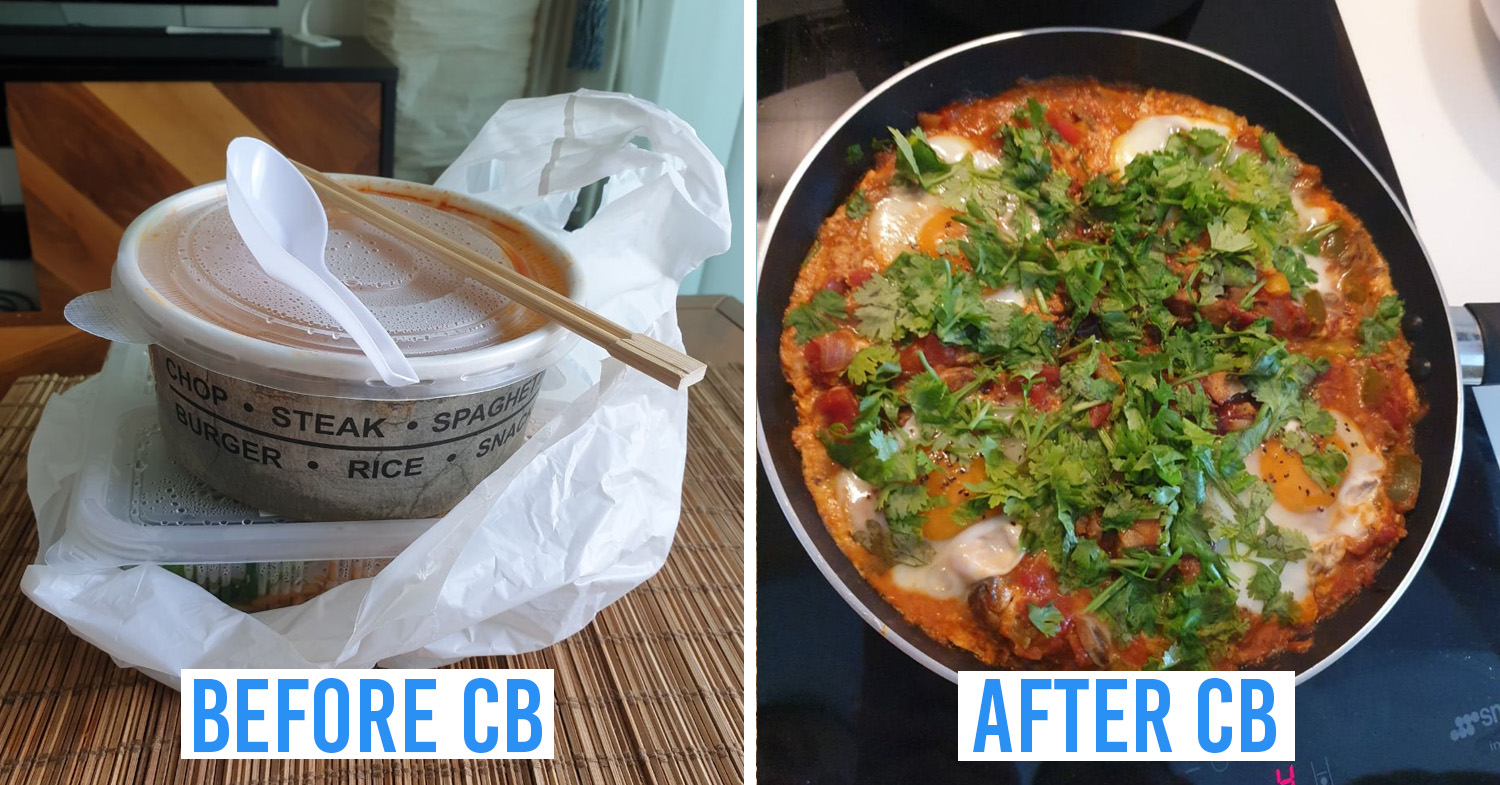 When the Disney movie Ratatouille popularised the famous words “anyone can cook” I was a skeptical viewer who huffed, “no they can’t.” For most of my life, I had never been able to cook an edible meal, simply because I’ve always been comically terrible at it.

But when the Circuit Breaker (CB) kicked into place, I unexpectedly had to adult up and start learning how to cook. So while everyone else was posting their Masterchef-worthy creations on Instagram, yours truly had to learn everything from scratch and finally face that stove. Here’s what transpired:

I’m not really embarrassed to admit that until 2 months ago, I’d never cooked a proper meal a day in my life. I had zero interest in cooking, and my self-sustenance abilities were limited to toasting bread and microwaving frozen food and leftovers.

This is because, to put it simply, I hate cooking. Having grown up with the privilege of having a helper and family members who liked to cook, I never had any reason to learn. If I did help out on special occasions like Christmas, I would just be the designated potato peeler or the person tasked with sad random tasks like cutting open packets of tofu and displaying cutlery and drinks. 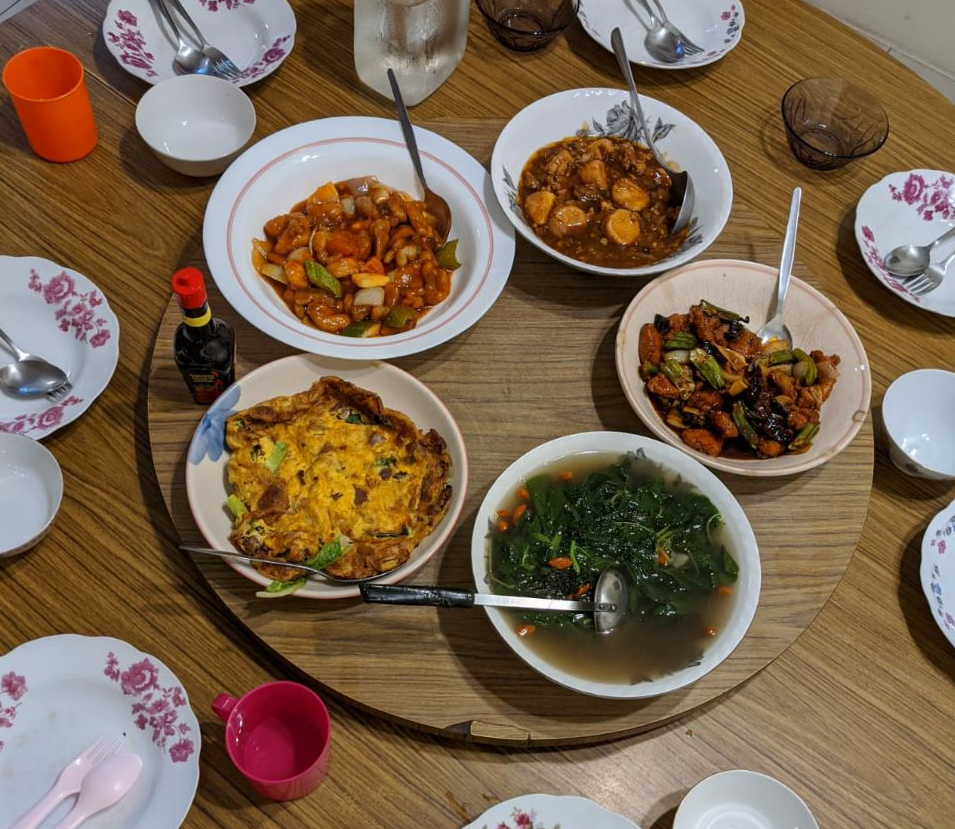 My family’s quite talented at cooking. They can cook dinners like this but I never inherited this gene.
Image credit: Jessica Fang

On top of all this, I had absolutely no knowledge on how to cook. I never knew the difference between types of pans, how to operate the stove, or what the heck “sautée” meant. My family tried to teach me, but because I was too slow and blur, they’d often give up.

Once my siblings and I grew up and we no longer had a helper around, either they or my parents would cook, or we’d just head out for meals or tapau food home. Then when I moved to Singapore where delivery services were aplenty, I had all the more reason to avoid learning this essential life skill.

Now, although it sounds like it, I don’t really consider a relatively comfortable upbringing with a helper to be the reason why I hate cooking. Unlike me, my siblings grew up to love cooking, and they’ve always contributed delicious dishes to family meals in the past. 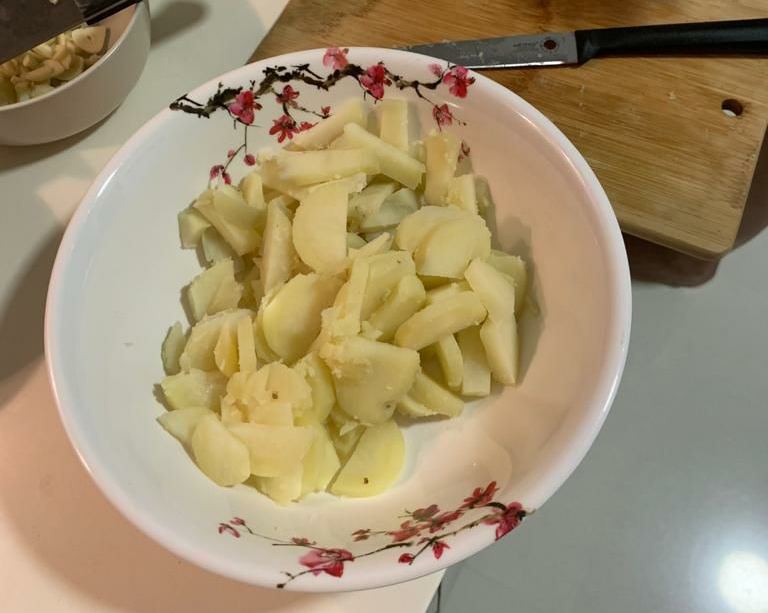 Chopping potatoes was pretty much the extent of my talent – and they don’t even look good.
Image credit: Jessica Fang

For me, there’s a multitude of personal reasons. One of it is because I’ve always had zero patience to follow recipes and do the prep and cleaning up work that’s required. On top of that, I was afraid of the fire and gas from the stove, and disliked the possibility of getting burnt by a hot pan or crackling oil.

When I moved out on my own, it also didn’t make sense for my husband and myself to buy a ton of ingredients to cook as they’d expire before we could finish them. It was mostly due to the fact that I was working as a cabin crew and was rarely around, but it was also because we would easily get bored if we had to eat the same thing over and over again. 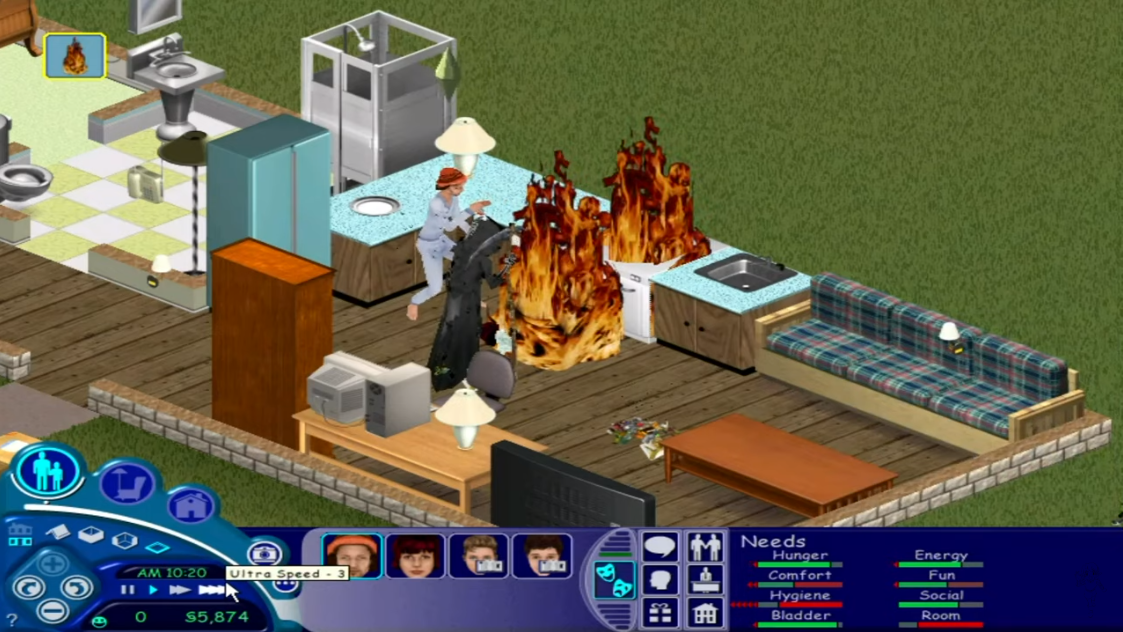 This was pretty much me when cooking unsupervised
Image adapted from: SariaFan93

On top of all this, I legitimately sucked at cooking. I kid you not – the one time I tried to cook scrambled eggs for myself, I ended up getting food poisoning. Another time I tried cooking eggs again, I very well nearly blew up my entire block because I accidentally left the gas stove on for a few hours before realising my mistake.

How the Circuit Breaker forced me to cook

When COVID-19 got serious in Singapore with the CB in place, I was adamant to continue ordering from food delivery services, or head out to tapau food.

But the CB turned out to be a massive reality check for ignorant ol’ me when my husband’s job was affected by the economic lockdown. With him being the main breadwinner, our household income dropped by a good 40%. This meant that ordering daily meals was no longer an option, and cooking ended up becoming a necessity.

Let me break down the finances to explain why: 1 delivery for a 2-person meal costs about $20 for a very basic meal of hawker dishes. But if you want variety like Western food or Mala, you can expect to pay a total of about $15 per person. 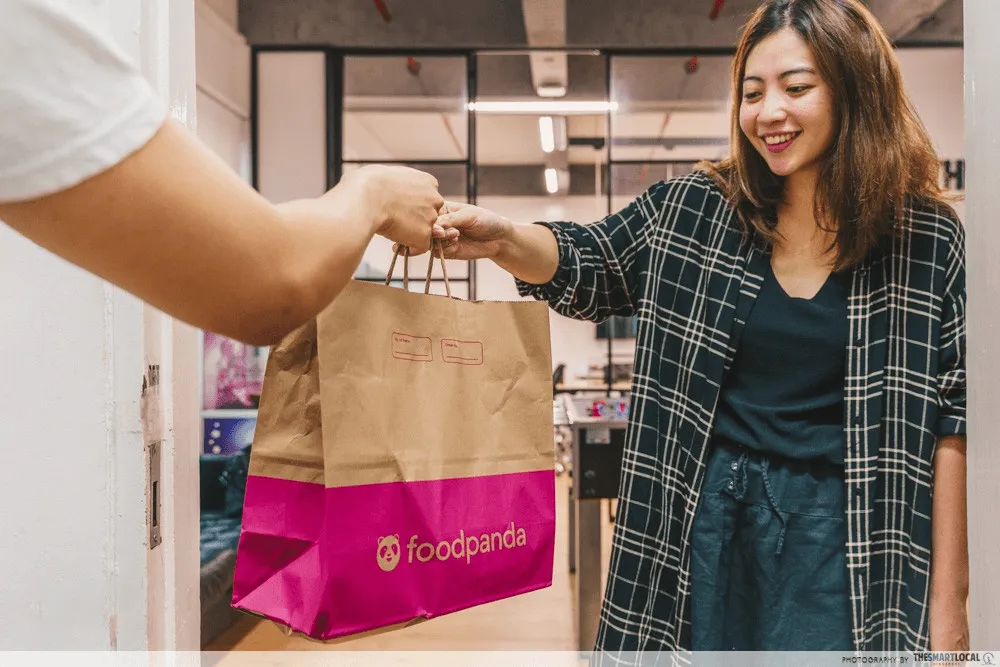 Food deliveries may be our saving grace, but the cost can add up exponentially if you order 2-3 meals a day, everyday.

Groceries on the other hand, only ended up costing us about $100 per week (about $400 a month), and this included luxuries like soft drinks and snacks.

And if you’re wondering why we didn’t just tapau food, it’s because our home’s location requires us to take public transport to get to food. Not to mention, it would still cost a minimum average of $20 a day or $600 a month, plus additional transport costs at about $2 per trip per person. We also wanted to limit the number of times we’d go out, to social-distance as much as possible.

Finances aside, the CB also meant that my husband and I were spending a lot of time together. Since both of us had time off work and were pretty idle at home, we gave ourselves personal goals to maintain a sense of positivity during uncertain times. This included going for a healthier diet and learning new things like cooking. 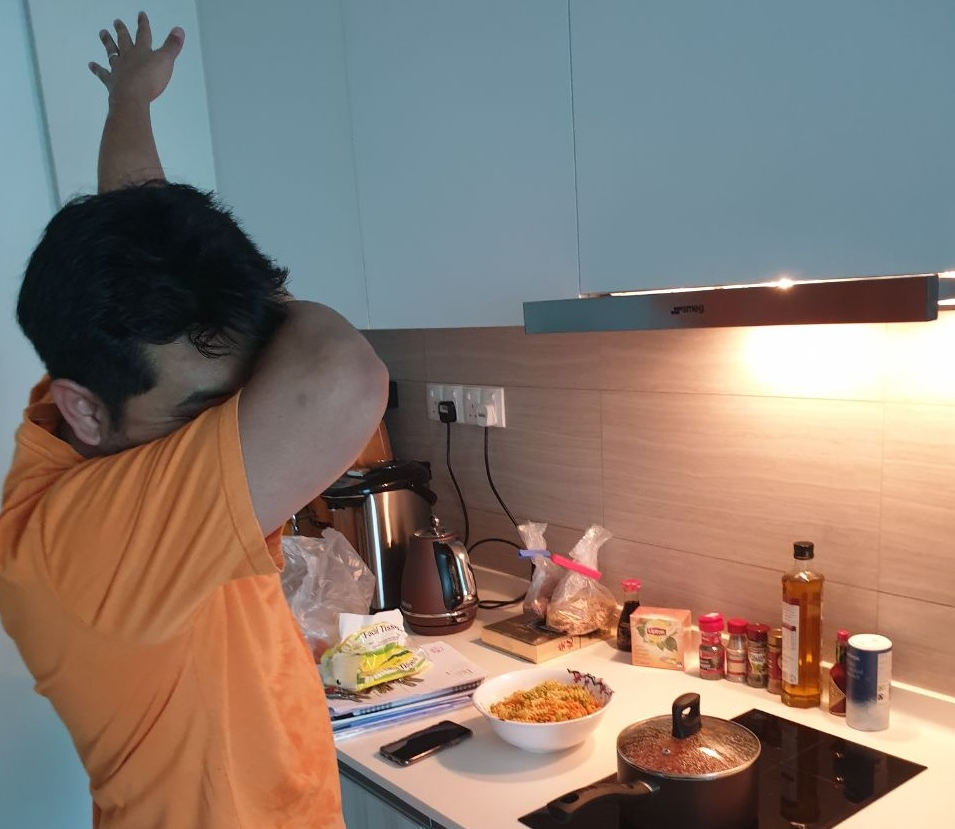 I was shocked to find out my husband actually had a natural talent in cooking during the Circuit Breaker
Image credit: Jessica Fang

Once we started cooking at home during the Circuit Breaker, it became a new and exciting activity we could do together. I even found out, after over 5 years of being in a relationship, that my husband is actually a darn good cook – a big win and motivation for me.

Cooking for the first time ever as a 30-year-old

Yes, I know what some of you might be thinking – it’s pretty sad that the first time I’ve ever cooked a proper meal for myself was as a grown-up woman. But this only goes to show that it’s never too late to learn!

My journey wasn’t without error, of course. I pretty much messed up everything during my first few tries, even if it was a simple dish like mashed potatoes. But with some encouragement and guidance from my husband, I continued to soldier on. It does help a ton when you have someone to motivate you in the kitchen, even when you’re making tons of mistakes. 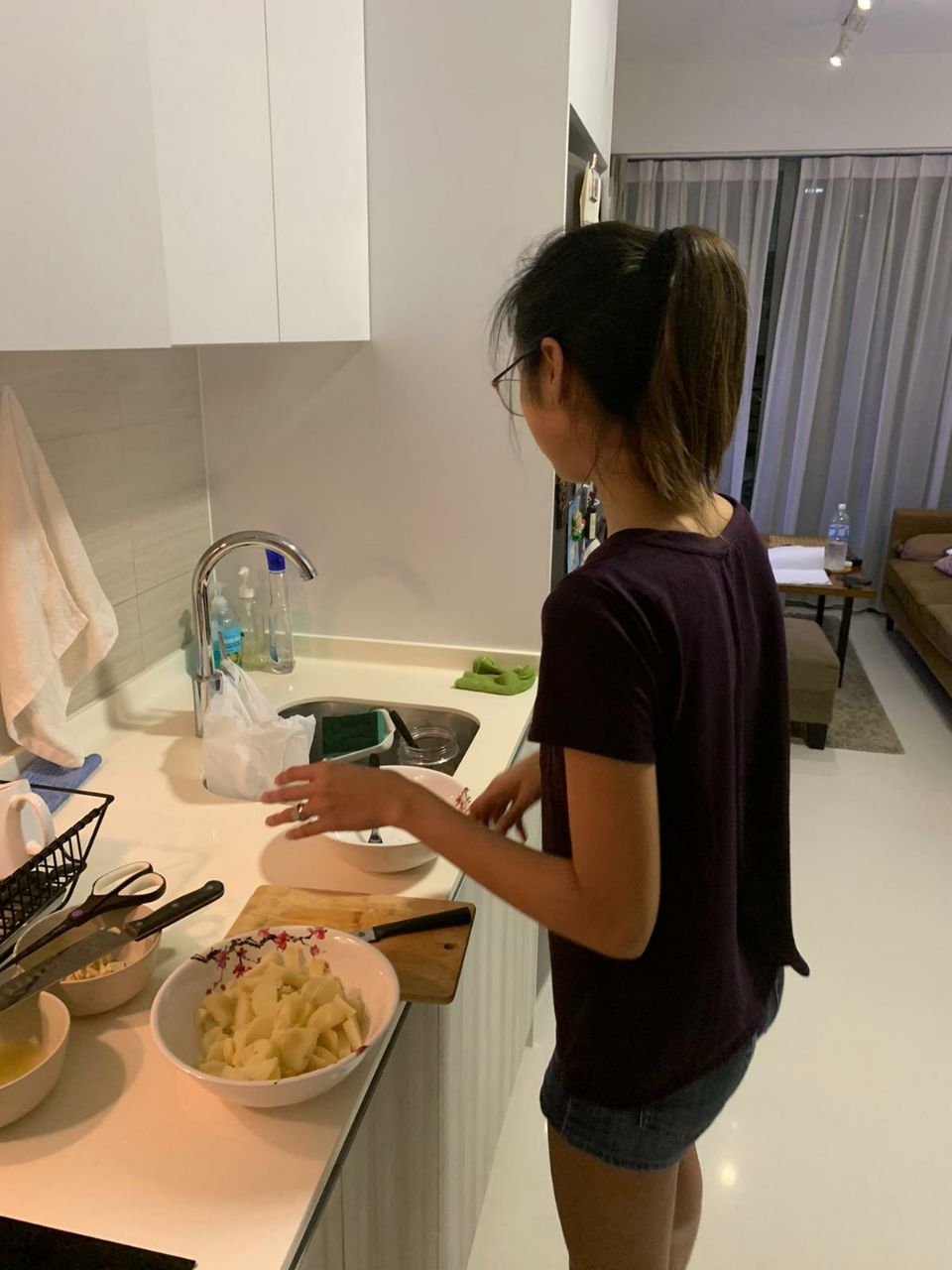 One of the first “easy” dishes I tried cooking during the Circuit Breaker were mashed potatoes – but I messed these up by undercooking them so they were too hard to mash.
Image credit: Jessica Fang

What made the whole process less scary was also the fact that my unit came with an induction stove. Since it doesn’t use fire and gas, all you have to do is adjust the heat from a panel. The stove is also much easier to clean thanks to its flat and smooth surface.

So for those of you who also avoid cooking because you hate flames from a gas stove, opt for portable induction or electric stoves – there are plenty in the market that cost well below $100. The pots and pans for these stoves aren’t too pricey either, costing a reasonable $20 for a large skillet. 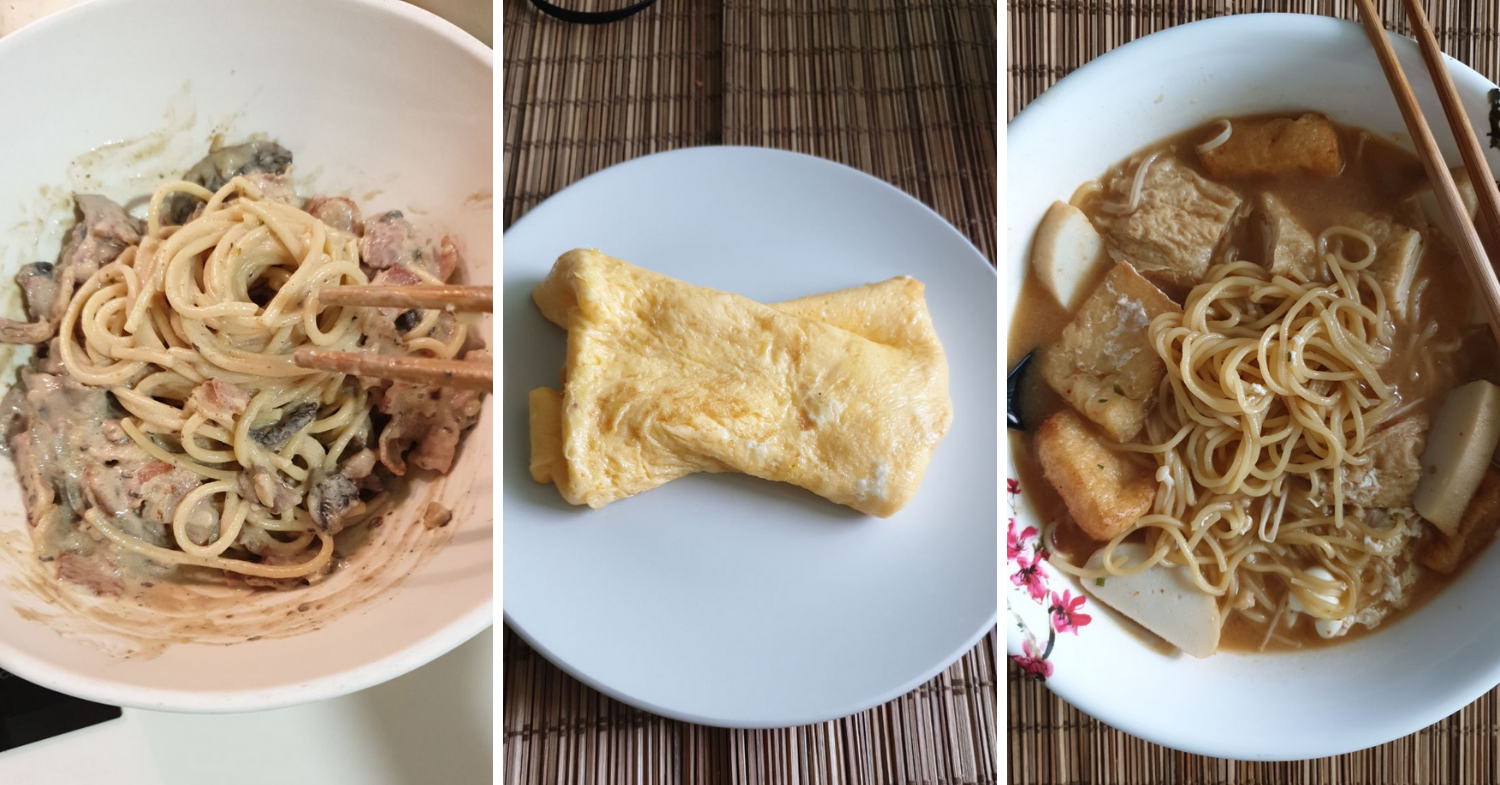 Cooking during the Circuit Breaker: What I managed to learn how to cook in about 2 months – cream pasta, cheese omelette and ramen.
Image credit: Jessica Fang

Now, some 3 months down the road, I’m able to cook a darn good bacon mushroom cream pasta from scratch, mamak-style Indomie goreng, and cheese omelettes that don’t give me food poisoning. Best part is, I’m able to tailor my dishes’ tastes to my exact preference – great if you’re a fussy eater like me.

Tips on how to start cooking as an absolute beginner

If you too are on the anti-cook bandwagon but need to learn how to do it to survive, take a look at these tried and tested tips that’ll help absolute noobs in the kitchen: 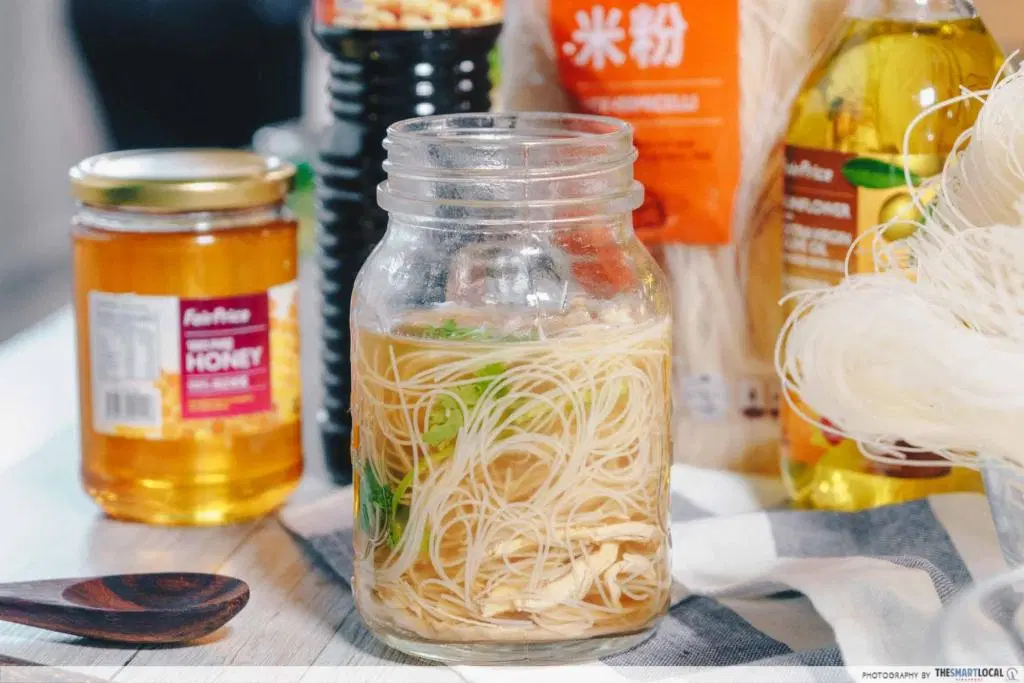 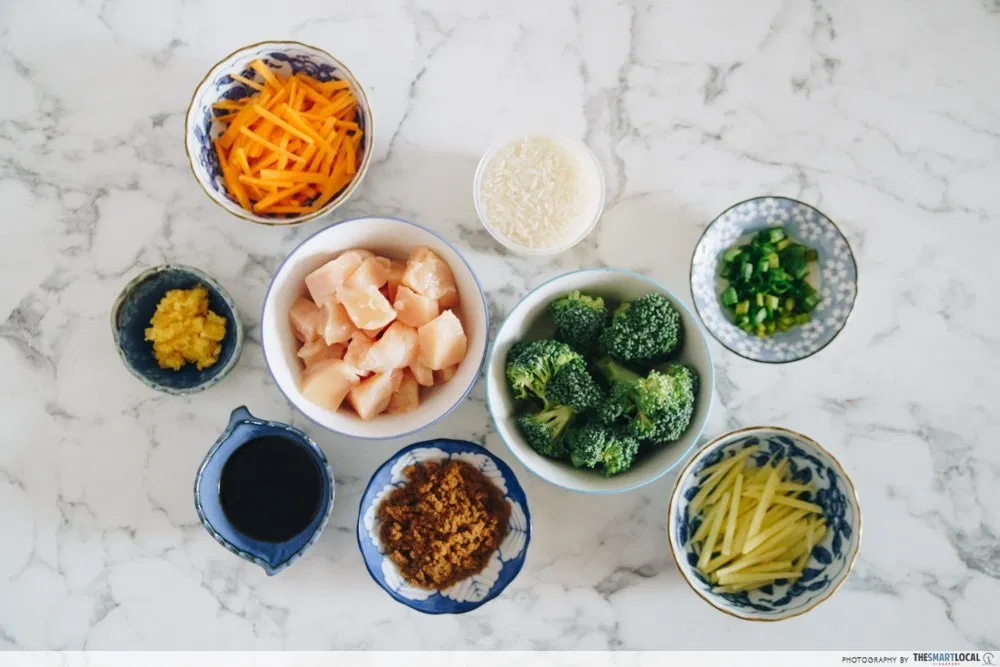 On top of all this, take the extra effort to save recipes that you wish to tackle. Screencap them on your phone, or save YouTube videos as and when you stumble upon them. Consider following food sites like Eatbook, or download free apps for popular names like Tasty (Android, iOS).

For those worried about ingredients going to waste, avoid buying large quantities of ingredients at one go. For “long term” ingredients like spices and oil, consider whether you’d be using it a lot on your cooking – maybe forego that fancy cumin or rosemary bottle if you don’t actually know what else it can be used for.

How I transformed from someone who absolutely hates cooking, to someone who’s not bad at it

If you were to have asked me 3 months ago, whether I could imagine myself cooking an edible meal while not blowing up my home someday, I would’ve flat out said no. But thanks to the Circuit Breaker, things have quickly changed for the better.

The time spent at home forced me to finally accept that I am an adult who needs to be capable of looking after herself and her family. I realised that cooking is actually an essential skill that not only saves money, but ensures that you won’t starve to death during times of economic hardship. It was also a blessing in disguise as it unexpectedly strengthened my relationship with my partner.

I may not be a kitchen pro just yet, but now that I’ve actually discovered I’m actually not bad at it, I feel a sense of accomplishment like as if I’ve finally levelled up into proper adulthood. 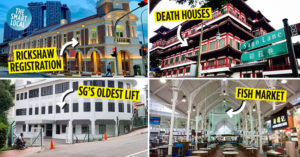 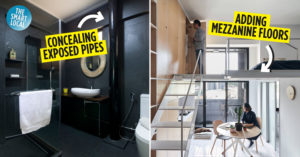