Whether you commute on the daily or indulge in the occasional ECP ride, cycling is a practical way to get around town while scoring bonus fitness points on the side. But before setting off to explore all 500KM of Park Connector Network or our many cycling routes, these eight cycling rules in Singapore will keep you and those around you safe – and on the right side of the law.

Of course – most of us know to keep left on cycling paths, and ring our bell to alert pedestrians and fellow path users to our presence. But from bicycle weight limits to hand signals, even the most seasoned riders might unknowingly break some of these lesser-known cycling rules:

Check out our other articles on cycling in Singapore:

1. Forgetting to turn on your bike lights at night Singapore’s weather can be relentlessly hot and humid, so it’s little wonder that night cycling holds such appeal. However, during these hours of darkness, it’s essential to ensure your bicycle is equipped with a rear red light or reflector and a white headlight – especially between 7PM-7AM, according to the Highway Code.

But even though most cyclists here adhere to this rule, many make the mistake of opting for multicoloured lights thinking that the ensuing mobile light show might help make them more visible. Unfortunately for them, only white lights are allowed to be used in front, and red lights on the rear – and for good reason.

Those channelling their inner Robocop with red-and-blue strobing lights might end up having to explain their poor purchase to a cop instead
Image credit: Nisse Kira

While being decked out like a Christmas tree might seem harmless, standardising front and rear colours will help fellow cyclists, pedestrians and drivers to check at a glance the direction in which you’re headed. This lets them anticipate your movements, especially when visibility is poor. Someone didn’t get the memo
Image credit: Curly Traveller

2. Riding at the same speed on park connectors and pavement Cyclists can easily reach speeds of over 30KM/H, making collisions with pedestrians dangerous or even fatal. For the safety of pedestrians, cyclists have to stick to a strict speed limit depending on the path they’re on.

On pedestrian walkways, riders have to keep under 10KM/H – about the speed of a jogger – to match the slower traffic in these areas. This goes up to 25KM/H on clearly demarcated PCN routes, which are usually used for running, skating and other sports that involve higher speeds. But for Tour de France-wannabes with a need for speed, you’re free to floor it on public roads, which generally have a speed limit of 50KM/H – well above the speeds Olympic cyclists usually hit. However, this means you’ll have to adhere to the same super-strict road rules as motorists, including obeying traffic signs, signals and crossings.

To keep to the letter of the law, a cycling computer can help you monitor your speed – with options that range from the affordable Decathlon 100 Wired Bike Computer ($15) to the advanced Garmin Edge 530 ($513). Otherwise, mobile apps (Bike Computer for iOS | Bike Computer for Android) can also help you keep track of your speed in real-time. 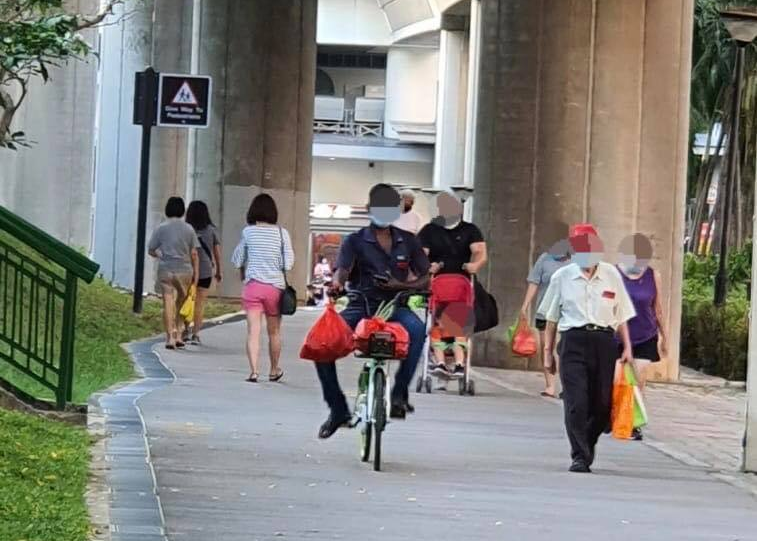 LTA rules state that riders must not hold their mobile devices or “operate” any of its functions while moving on a public path
Image credit: LTA

Whether to take a quick peek at Google Maps or to quickly let your friend know you’re on the way, it might be tempting to pull out your phone as you’re pedalling away. However, for the safety of fellow path users, cyclists aren’t allowed to use their mobile devices while in motion – a rule that even novice road users will be familiar with.

Instead, find a safe spot to stop your bike momentarily to answer your emails or calls, and tuck your phone away before setting off once again. For those who need a little help with navigation while exploring new spots, phone holders will let you keep an eye on Google Maps as you keep both hands on the handlebars for complete control.

4. Taking your hands off the handlebars while cycling For those gifted with next-level bike handling skills, popping a wheelie or riding hands-free might come as second nature. But while you’re plying our public paths, any showboating shenanigans might land you in hot soup – you might get slapped with a hefty fine of $5,000 and six months’ jail for “dangerous riding”.

As an extra deterrent, the Highway Code advises all cyclists to “keep both hands on the handlebars of your bicycles” – so to be extra safe, stop your bike in a safe spot to perform tasks like adjusting your helmet or making other adjustments.

5. Using handlebars that are more than 70CM wide 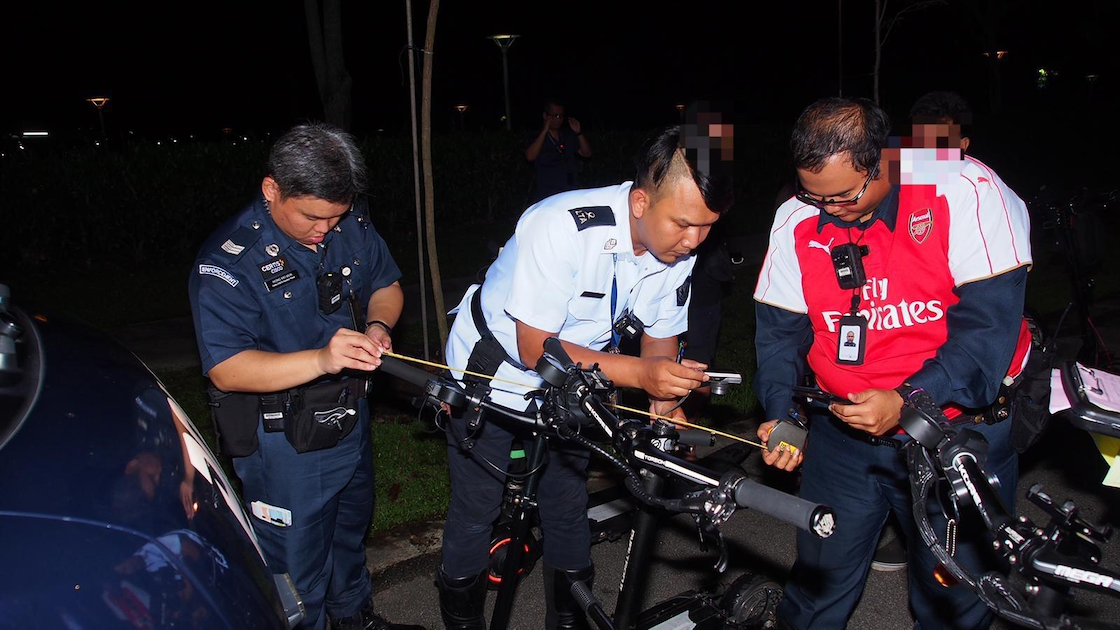 Walk into a bike store and you’ll be amazed by bicycles of all shapes and sizes – but it might surprise even some experienced riders that some of these readily available bikes are banned from our pavements and PCN paths.

Luckily, most bikes weigh around 10-14KG, and only certain mountain bikes designed for extreme terrain have those ultra-wide handlebars for extra control.

6. Cycling side-by-side on single-lane roads or during bus lane hours Cycle like that, how to overtake?
Image credit: Togoparts

Nothing quite draws the ire of kancheong motorists than a flock of cyclists taking up an entire lane during rush hour. But frustrating as this may be, cycling two abreast is actually allowed by law. To be fair, many cyclists feel this makes group rides much safer as it increases visibility while deterring reckless drivers from getting too close when squeezing past on the same lane.

However, just because it’s legal doesn’t mean it’s right. Cycling guidelines still advise riding “as close as practicable to the left-hand edge of roads”. But though cycling side-by-side is okay on most roads, it’s definitely not allowed on single-lane roads or within bus lanes during operational hours.

7. Turning or stopping without signalling beforehand 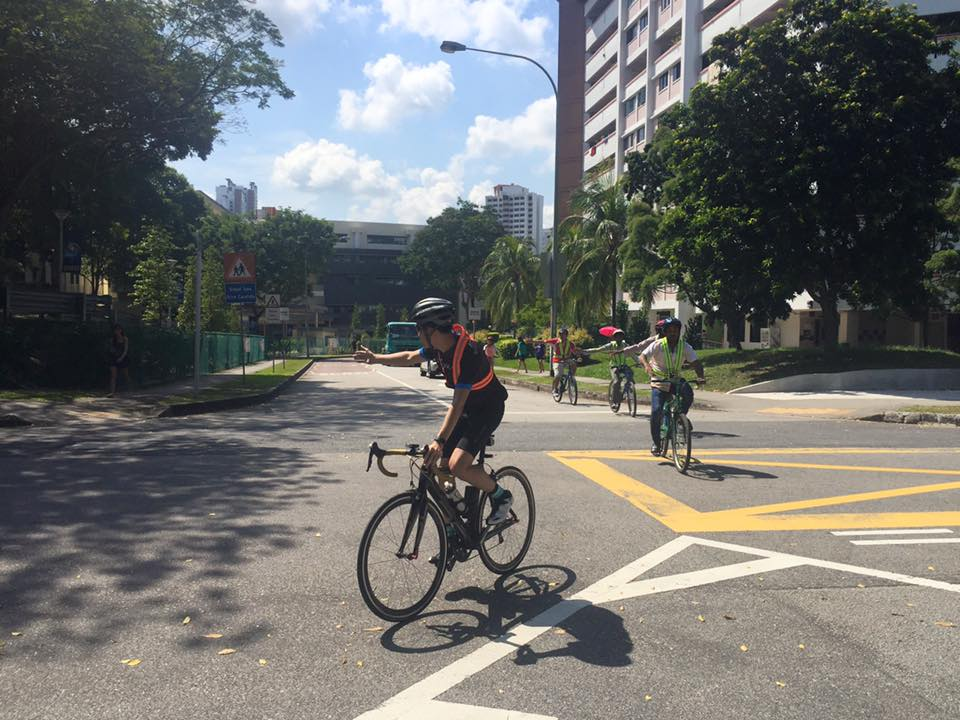 Decked out in fluorescent pink and equipped with bright bike lights, all eyes might be on you, but other road users will still not be able to react in time if you make sudden turns and stops. To avoid a car rear-ending you as you abruptly slow down to make a turn, be sure to signal your intention well in advance, and double-check your surroundings for hazards before proceeding.

Before heading out on the road, cyclists should also learn these essential hand signals: 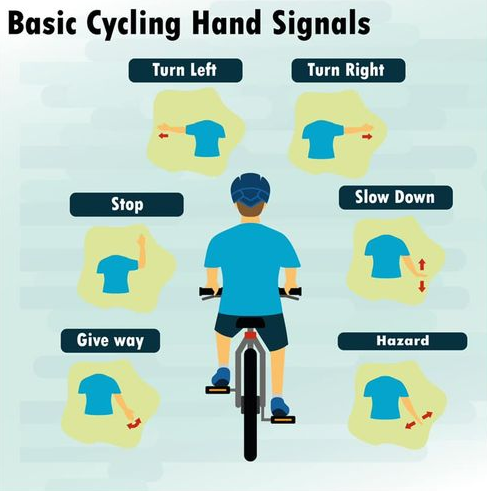 These signals will also be useful on public paths where there are other users
Image credit: Baey Yam Keng

8. Cruising through pedestrian and zebra crossings Cyclists should travel at walking speed through all pedestrian crossings and junctions – though those struggling to balance at such low speeds should dismount and push their bikes instead.
Image credit: @shawnanggg

As narrow paths shared by motorists, pedestrians and cyclists, road crossings can be much more dangerous than they seem. It might be tempting to cruise through these crossings at the same speed you’re travelling on cycling paths – but according to the Highway Code, this is a no-no.

The simple reason: the faster you travel, the less time everyone has to react – so by the time that bus driver notices a blurry shadow in the corner of his eye and slams on the brakes, it might be far too late.

Instead, the code specifies that riders must cycle across pedestrian and zebra crossings at “walking speed” – a rule that applies to other high-risk areas like carpark entrances and “informal junctions”.

Ride safely by sticking to these cycling rules in Singapore 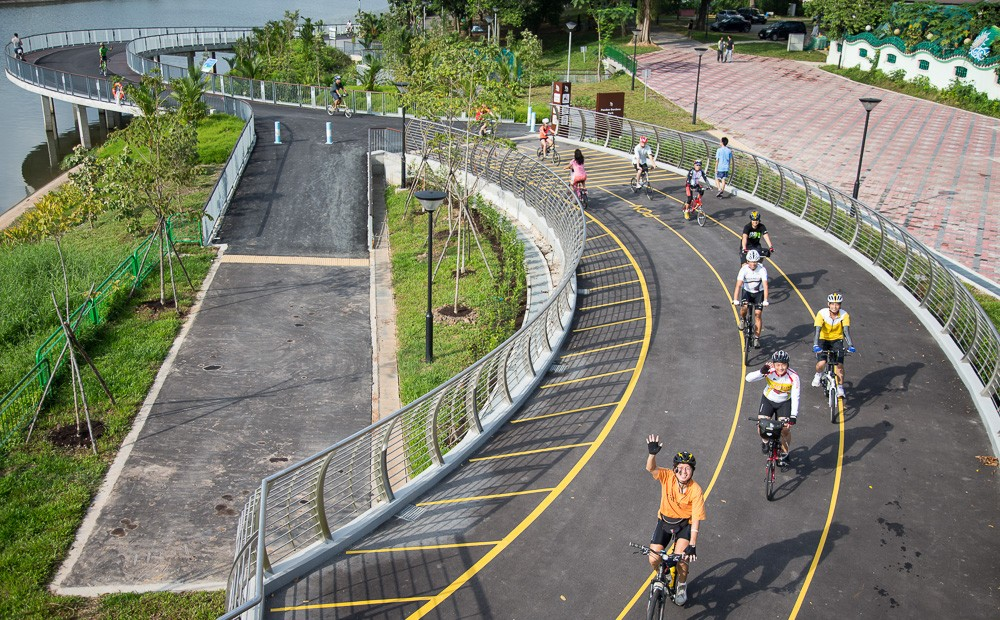 From the stunning vistas along majestic waterfront routes to rugged off-road adventures surrounded by nature, cycling unlocks a whole new side of Singapore for your weekend escapades. Apart from keeping you and your loved ones safe, these lesser-known cycling rules in Singapore will also ensure you keep on the ride side of the law on your next jaunt.

While this article doesn’t contain a comprehensive list of cycling rules, it’s a jumping-off point for you to familiarise yourself with the ins and outs of this increasingly popular sport.

Check out these resources for more cycling rules, regulations and guidelines in Singapore:

Check out our other articles on lesser-known facts and hacks: 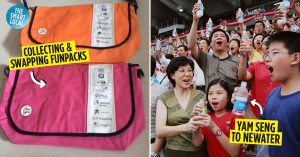 8 Things Every Singaporean Experienced During Their Primary 5 NDP Preview
10 Singaporean Movies To Watch On Netflix To Feel Home, Truly This National Day 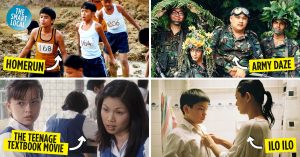